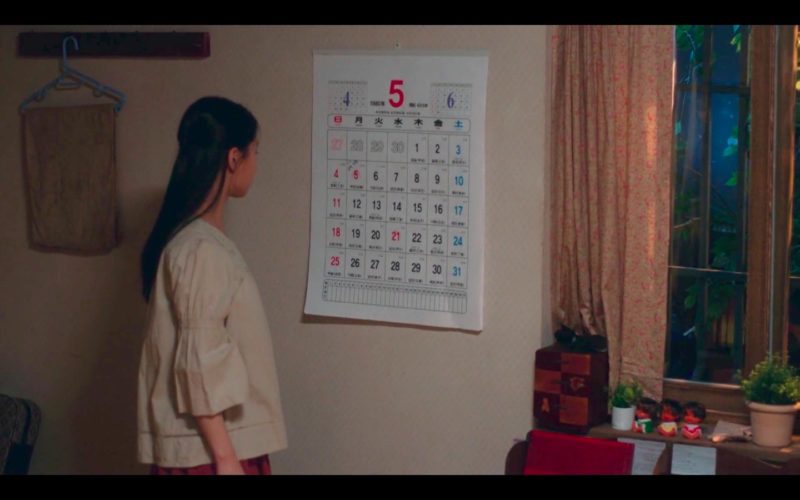 Disclaimer: This overview is © Koreandramaland.com and is NOT PERMITTED to be reproduced/reposted on other websites, whether in part or in full, without prior consent or permission from KDL. All screencaps belong to KBS2.

A historical fiction drama that revolves around young South Koreans in the city of Gwangju, May 1980. Like any other youth, they chase their passions. They chase love. They chase whatever, whomever makes their heart beat the fastest. Until the government announces martial law. Will they be able to continue to run for what their hearts long for? Amidst the more brutal stance the government takes on against democratic protesters, will they be able to run at all?
— by Embracing Fiction 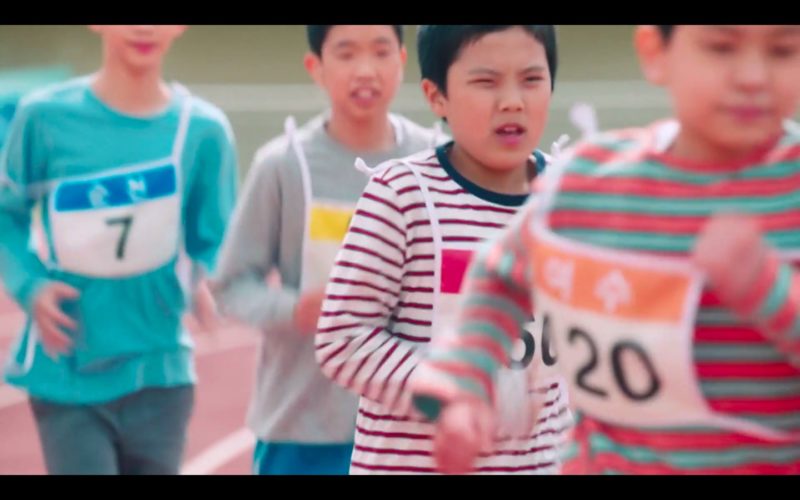 The premise of Youth of May was loosely based on the 2013 children’s book Running in May (오월의 달리기), written by Kim Hae-won (김해원) with illustrations by Hong Jeong-seon (홍정선). This book is part of the ‘Historical Fairy Tale’ series by book publisher Prunsoop (푸른숲 역사동화), which provides an overview of Korean history from ancient to modern times.

The story centers on 13-year-old Myung-soo, a Naju native selected as South Jeolla Province’s representative runner in the 1980 National Youth Sports Festival, who moves to the capital city of Gwangju to live and train. One day, he sneaks out of his dorm with his friends and heads to the city – only to discover that the 5.18 Gwangju Uprising was just beginning. Youth of May expands on this storyline with characters like Myung-hee (Go Min-si), Hee-tae (Lee Do-hyun), Soo-ryeon (Geum Sae-rok), showing their strength and courage in the face of adversity, and how they chose to stay on to support the people’s fight for democracy. 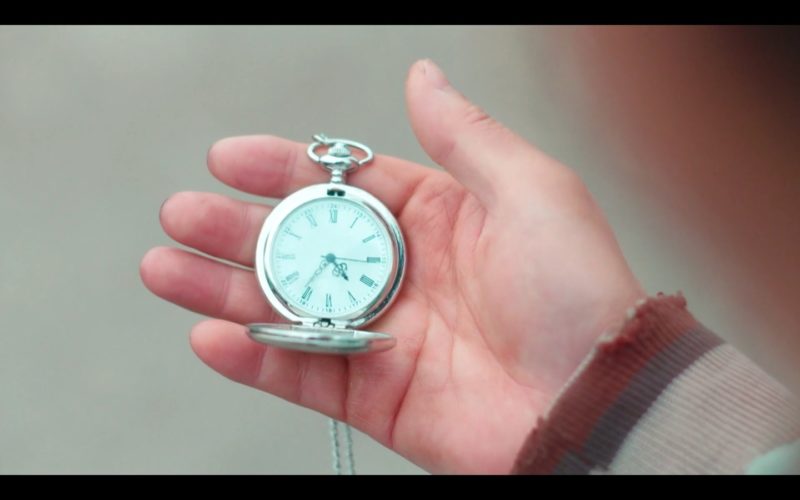 Youth of May’s scriptwriter, Lee Kang, also illustrated the ‘running’ metaphor in a different way, as shared in a post-finale interview. In the book, the pocket watch passed to Myeong-soo (Jo Ji-hyun) from his father, Hyun-cheol (Kim Won-hae), which went missing during the period of martial law, only to be returned to Myungsoo again years later, “felt like a baton in a race”, Lee pointed out. “From post-war generation Hyun-cheol, to 80s youth Myeong-hee, and the next generation Myeong-soo — we wanted to bring across the essence of a family’s love, each willing to serve as each other’s shield as they continued their race through life.” 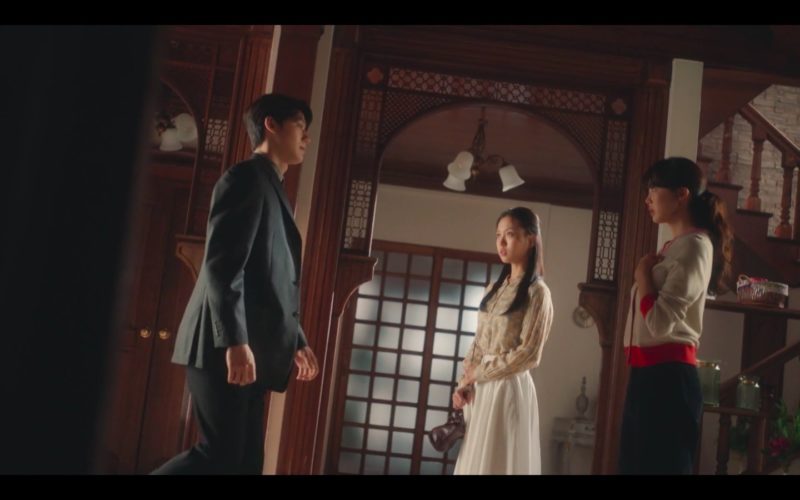 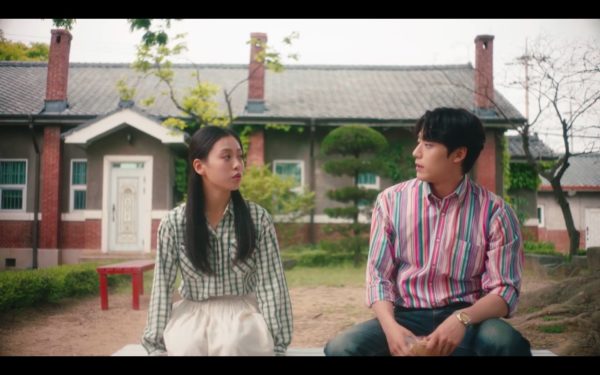 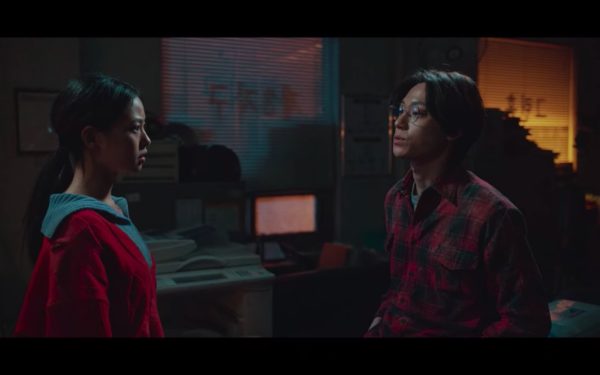 Nope, your eyes aren’t playing tricks on you. If Hee-tae and Myung-hee seem strikingly familiar, this means you’d probably have watched the Netflix dystopian monster series Sweet Home, where actors Lee Do-hyun and Go Min-si played siblings Eun-hyeok and Eun-yu respectively. In a Youth of May post-drama interview, Lee shared how their prior working experience and being of the same age helped him “act comfortably on set”. They also seem to get along just fine off-camera! 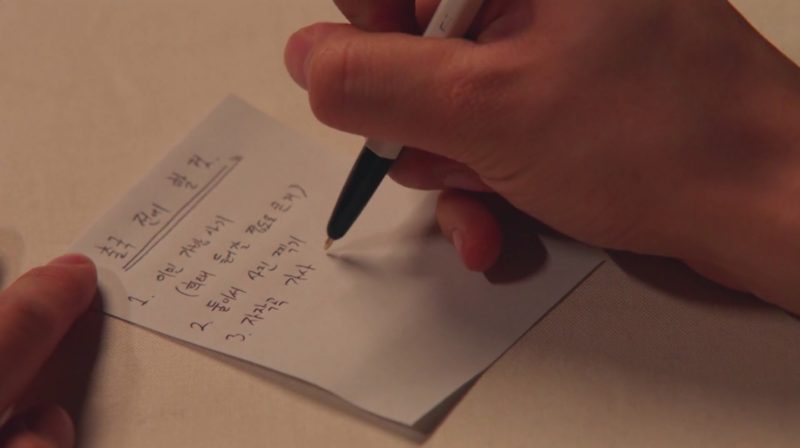 Lee has two full-length dramas to his name; aside from Youth of May, he also wrote the script for the 2015 series Spy. With Youth of May, Lee shared in an OSEN interview that creating a script based on the events of the 5.18 Gwangju Uprising was a heavy burden, and he didn’t feel like he was the right person to write about it. Eventually, it was decided that the story would focus on “love and a family story of ordinary people, rather than the big flow of history”.

Even with Youth of May‘s fictional storyline, the production team was determined to present it in a way that does not twist the historical facts that “flow through those stories”. For Lee, his aim was to “tell a comforting story to those who remain“, and hoped that the drama – along with the warm-hearted response from viewers – would reach “the many Hee-taes who live in the reality of 2021”. 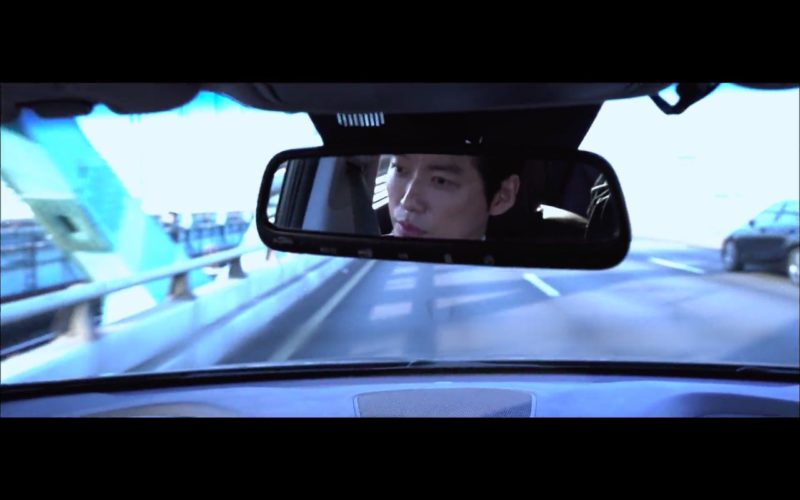 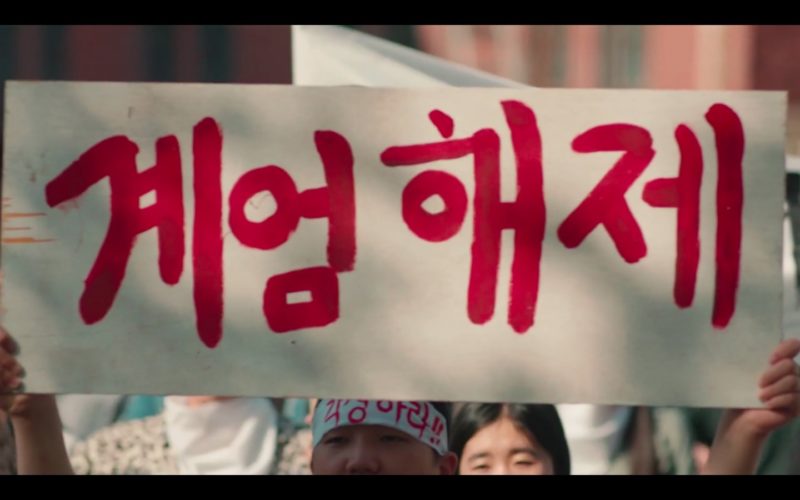 Youth of May is set at a time when South Korea was in political limbo. Though President Park Chung-hee’s assassination in October 1979 marked the end of his 18-year dictatorship (known as the ‘Yushin Regime‘), it also triggered two occurrences: the declaration of martial law in the country (sans Jeju); and a power battle among the military. Come spring 1980, a group of high-ranking officials known as the New Military Power (NMP) seized military command, while democracy protests among college youth all over South Korea also became amplified. That included Gwangju.

Gwangju was a hot target for the NMP for political reasons. It was the political stronghold of Kim Dae-jung – a key figure of the opposition and proponent of democracy. The capital of Jeollanam-do (South Jeolla) was also the politically weakest region in South Korea, in contrast to Gyeongnam-do (think Busan area) where late president Park Chung-hee and NMP leaders Chun Doo-hwan and Roh Tae-woo (also the next presidents) hailed from. 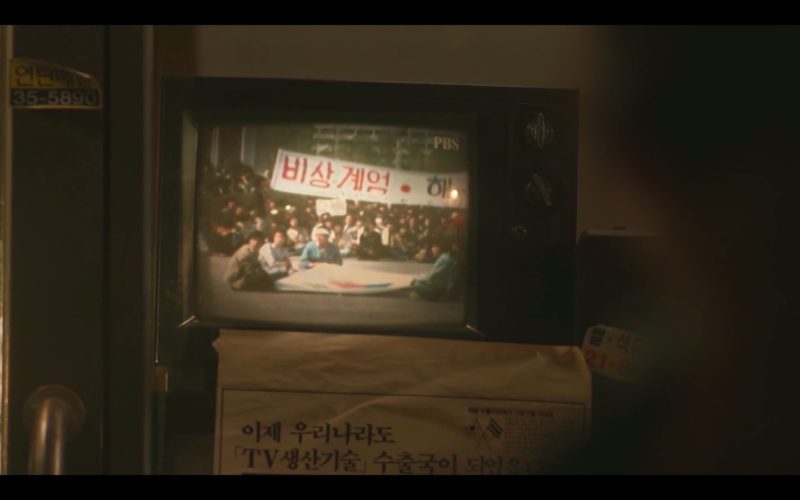 To prevent these protests from further snowballing, NMP pushed to expand and extend martial law — a clear rebuttal of the people’s cry for democracy — having it take effect at midnight on May 18th, 1980. It prohibited political meetings and strikes and closed universities, which were the heart and center of these democratic movements. Before dawn broke on May 18th, NMP had already dispatched ChoongJung (“True Heart”) troops (the soldiers who had been trained for months to carry out the aggressive suppression approach) to occupy these universities and arrest rebels in large cities – particularly Seoul and Gwangju. Come morning in Gwangju, student leaders had been either arrested or were in hiding. Unaware of this development, the rest of the students persisted in entering Chonnam University, keeping to their original plans to meet at 10 AM. Little did they know that they, untrained and unarmed young citizens, would be suppressed so harshly, so inhumanely by specially trained and fully armed paratroopers of the government, which were supposed to protect them.

Angered by this uncalled for brutality brought upon their children, more of Gwangju’s citizens went to the streets and joined the protests. On May 21st, hundreds of Gwangju citizens, buses, and taxis rallied for democracy in front of the Provincial Office – only to be fired at mercilessly by the army. To defend themselves, youth stole guns and explosives from police stations and mines and began to push back. By the evening of the 21st, they finally got the martial law forces to withdraw to the borders of Gwangju. But it was far from the end. Despite the withdrawal, they weren’t freed; if anything, they were even more caged. Telephone lines cut, roads blocked, news censored – Gwangju found itself isolated from the rest of South Korea and the world. 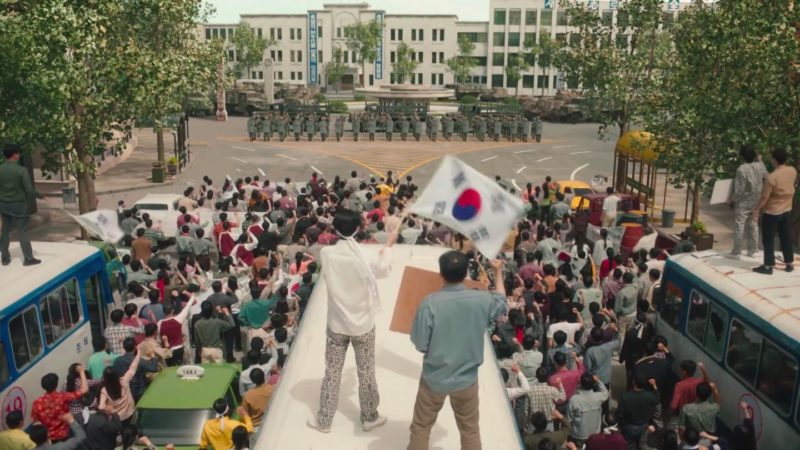 This is the historical context which Youth of May operates on. It began presumably around early to mid April when cherry blossoms bloom in Gwangju and ended shortly after May 21st. It showed some of these quite explicitly (e.g. the confrontation on May 21st in front of the Provincial Hall) yet most of it, particularly the pre-Uprising events, were largely implied. Similarly, it left the rest of the days of the Uprising unsaid, such as the gravity of the May 27th dawn massacre that took place when the martial law forces reentered Gwangju, with the sole mission of “mopping up” what remained of the resistance.

The Youth of May production team trusted that its audience, particularly its local viewers, would know or remember the magnitude of what transpired then. It thus turned its focus on its key characters, as a way of humanizing the victims from May 1980. Because they aren’t just numbers; not just one of the over 400 dead, or just one of the over 5,000 who, 41 years on, still live in nightmares of those who still carry unfathomable pain, the guilt of having survived. They are somebody’s lover, sibling, parent, friend. They are human, too. And they deserve their stories to be told. Their pain recognized and better understood.

Our thanks to Embracing Fiction for contributing the above. For more insights into specific historical details related to Youth of May, you can check out her (very) extensive Twitter thread 🙂 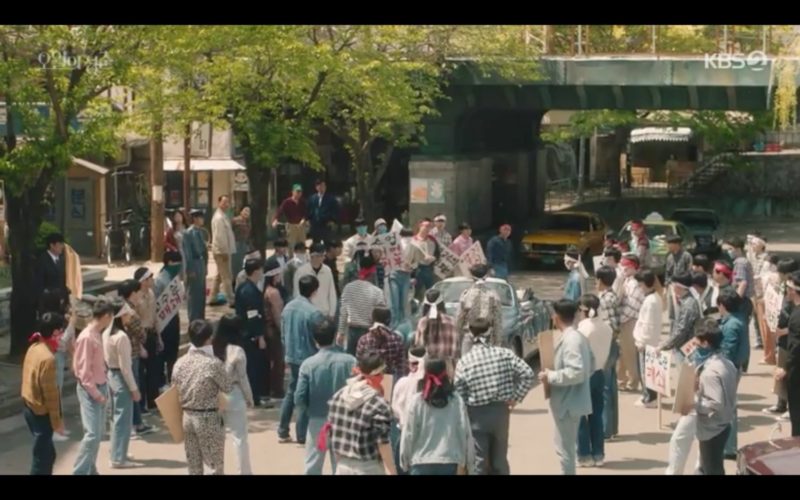 Recreating 1980s Gwangju and Seoul is indeed no easy feat in the pandemic 2020s. Aside from tapping on the usual historical film–sets, the Youth of May team also went the distance to feature locations that best encapsulated the era’s nostalgic, sentimental feels. It also reintroduced us to places last seen in other retro-themed dramas: like the music cafe in 2012’s Love Rain, and the residential alleys in 2018’s Tunnel. 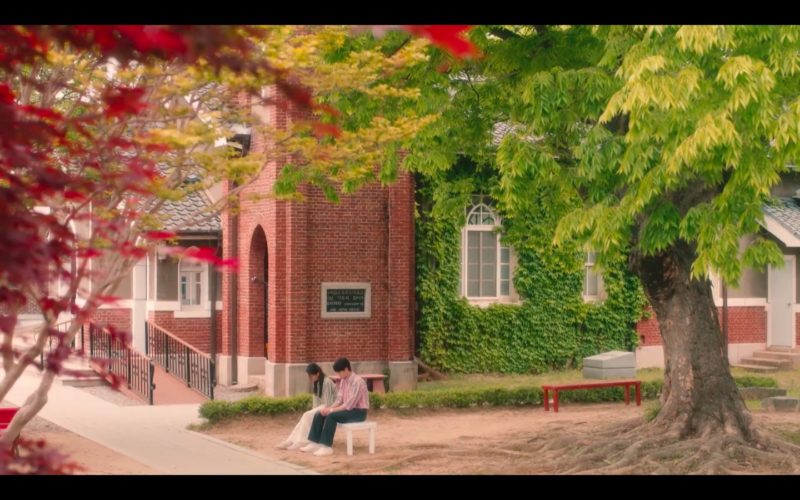 Search Youth of May (오월의 청춘) for a visual look of all available locations on KDL. 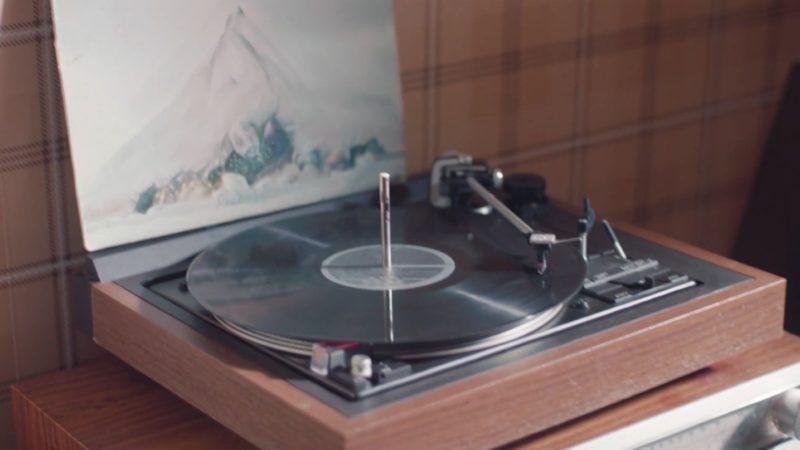 Take a walk down memory lane (whether of the series, or moments of your own from that era) with us through this comprehensive list of the music heard in Youth of May. 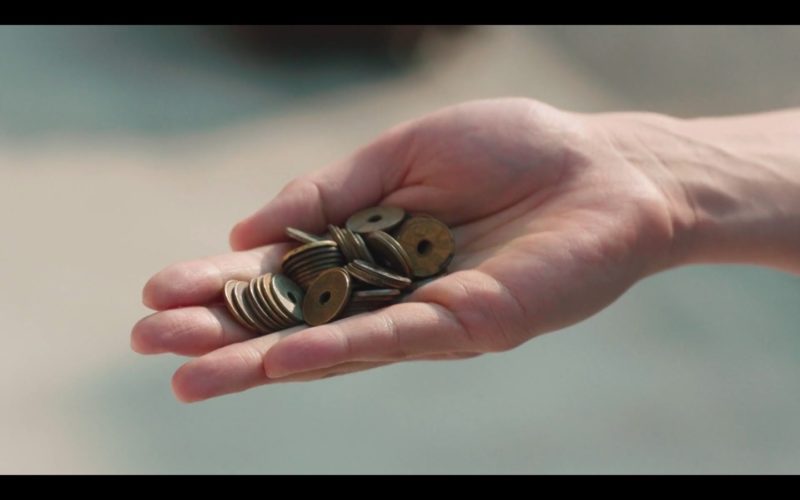 When Hee-tae encounters Myung-hee on the streets in episode 2, she was rummaging through her wallet and not paying attention to her surroundings — which had him narrowly pulling her out of harm’s way. Later, he asks her what she was looking for. “I can’t find my bus token,” she replies, telling him to carry on his way as she goes to buy one. “I’ve got an extra token,” Hee-tae tells her, pulling out not one, but a whole fistful of them, leading an incredulous Myung-hee to comment that he must be running a token business.

According to this post on coin interest forum CoinTalk.com, bus tokens were introduced in 1977 in South Korea as “a means of streamlining the collection of bus fares. Prior to tokens, fares were collected by young women who rode the buses and had to individually collect each fare from every passenger” — just like the lady who helpfully prompted Myung-hee to give Hee-tae an answer when he jumped on the bus to ask her out! Tokens were gradually phased out from the late 90s, and fully by the late 2000s.

Apple as an apology 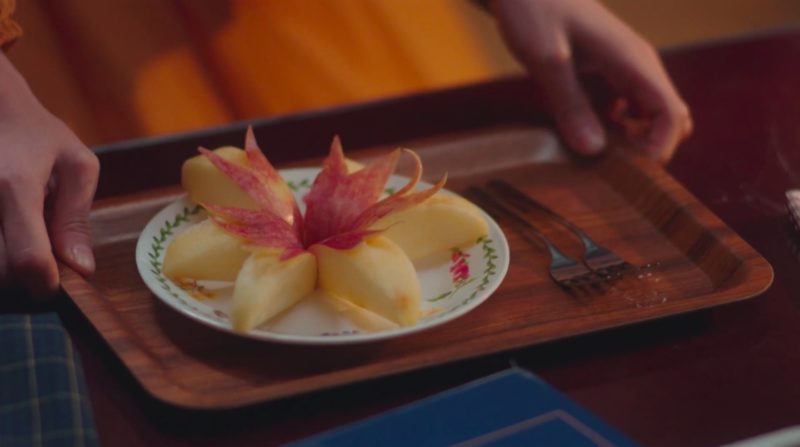 In episode 3, Hee-tae watches amusedly as an embarrassed Myung-hee comes through Jin-a’s room with a wooden tray; on it, a delicately-cut apple in the shape of a flower. “Oh, is this an apple?” he asks knowingly, peeling off a piece and taking a bite. As Myung-hee begins to defend her earlier actions that had led to their collective fall, Hee-tae then wonders out loud, “Is this really an apple?”

With the Korean word for apple (사과, sagwa) being a homonym for ‘apologize’, it is also why Koreans often present apples as part of their apology. You can also check out our previous blogpost about it here. 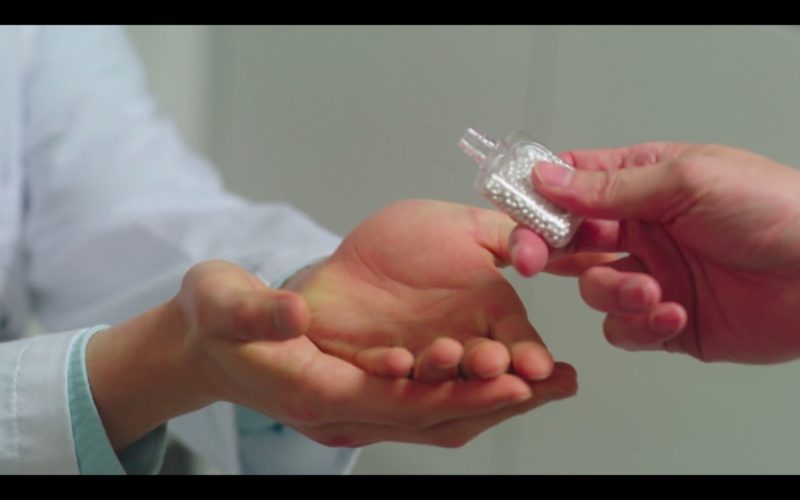 While waiting for the bus in 1980s Seoul (episode 8), a young Hee-tae spots an older gentleman taking out a small bottle of silver balls and popping a few in his mouth. Fast forward 41 years later, and an older Hee-tae (Choi Won-young) – now a full-fledged senior doctor – takes out the same bottle from his pocket, this time offering it to a younger doctor (Jang Do-ha) who had come to seek his advice.

These ‘edible silver balls’ are actually known as eundan (은단/銀丹) – literally ‘silver balls’ – and are consumed as breath fresheners. According to its Namu Wiki entry, it was discovered by a Japanese man called Morishita Hiroshi, who came across it while on a military mission to Taiwan in the late 19th century. It apparently consists of “99.99% of silver, along with 7 kinds of herbal ingredients”, according to this product page on eBay. 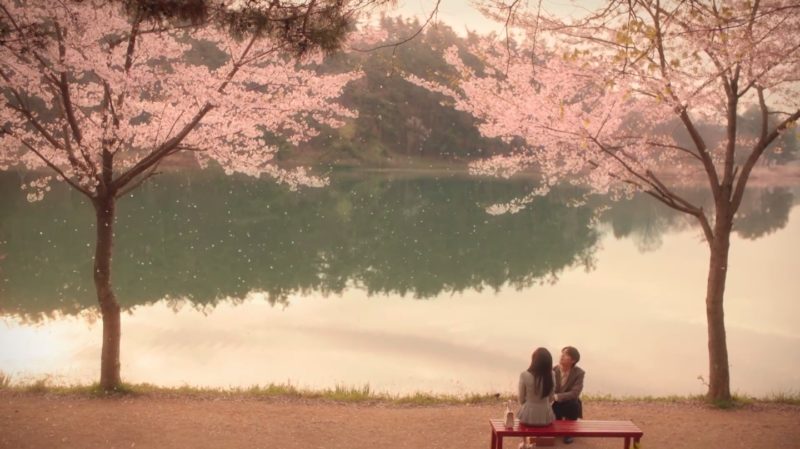