Marion started us off with four very interesting and diverse areas in her list of most frequented neighborhoods of 2017 – and I’m here to continue with mine!

The nice thing about these neighborhoods is that I’ve had some personal affinity with them in one way or another; either by visiting it on my previous Korea trips, or ‘visiting’ it through my favourite dramas.

And they each have their distinct features too, from the playfully painted houses in the tiny uphill alleys of Ihwa Mural Village, to the modern architecture of buildings in the bustling Songdo International Business District.

Without further ado, here are the neighborhoods on my list!

Hoehyeon-dong is one of Seoul’s heritage areas, a central hub of activity, and truly a lovely, scenic area to film dramas at.

This neighborhood is even packed with the who’s-who of attractions! Don’t believe me?

Well, first and foremost, you have the almighty Seoul Station, which had characters from Criminal Minds and Tomorrow With You passing through it (and the subway portion) en route to their destination, or on their way back.

Across from it is the brand new Seoullo 7017 Skygarden, which opened this past May, and has already been featured in two dramas: Fight For My Way and Live Up To Your Name, Dr Heo.

Further down, we have the majestic Sungnyemun Gate, which stands tall and proud in the heart of Namdaemun, briefly featured in My Golden Life, Falsify and Chicago Typewriter.

If that’s not already a stellar line up of attractions, I don’t know what else is!

One of my favourite locations this year has to be the Seoul Fortress Wall (Namsan/Mokmyeoksan section), which I’d discovered in a lesser known mini-series called Three Colors of Fantasies.

It looked amazing on screen, but seeing it in person – in Autumn, even – was even more breathtaking. It has since appeared in Two Cops as well. 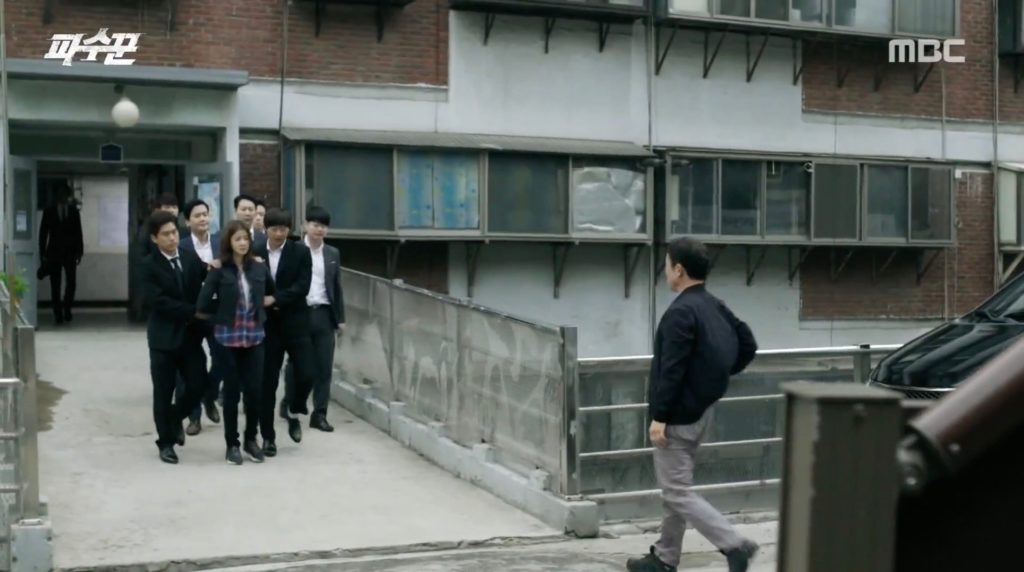 A number of K-Drama characters did well in deciding to stay in this neighbourhood – like Jung-won in Reunited Worlds, The Liar and His Lover’s Han-gyeol right next to her, and Bo-mi in Lookout.

Sigh – looking through all the pictures on the listings makes me want to live here too!

Incheon has been steadily appearing as a choice city to film dramas at, and one area that’s been getting lots of airtime this year is the Songdo International Business District.

Maybe it’s the smart city’s modern, high-rise buildings that gives it a downtown Seoul feel – but probably with a lot less people (which helps a lot during filmings, I’m sure).

So it’s no wonder that some of its buildings appears as the office towers of K-Dramas – like NEAT Tower in Chief Kim.

A couple of streets away on Convensia-daero 130gil, the team in Criminal Minds comes here in the very first episode to retrace the steps of an abduction victim.

Its futuristic architecture has stood out greatly too – like the Tri-bowl Multiplex Cultural Center in Circle, and even the backdrop of Songdo Central Park in Lookout.

Amidst all its modernities, Songdo also has its pulse on the past, with beautiful cultural buildings like the Gyeongwonjae Ambassador Incheon (Money Flower, Avengers Social Club, Lookout) and Songdo Hanok Village (Whisper) making appearances in its respective dramas.

It also seems to have beautiful scenery too, like at the Songdo New Port Waterfront – if Bong-soon and Min-hyuk going all the way there to watch the sunset in Strong Woman Do Bong-soon is anything to go by!

I have a confession to make: it took me a very, very long time to finally make it to Itaewon – try 5 years after I started visiting Korea!

The main reason for my resistance and reluctance was mostly just how I wanted to see more of the real Seoul, instead of going the more comfortable, ‘global’ route.

But I must say that it’s more interesting than I’d expected. I took a walk there one wintry afternoon, discovering hidden street art and colourful façades – despite getting very lost! 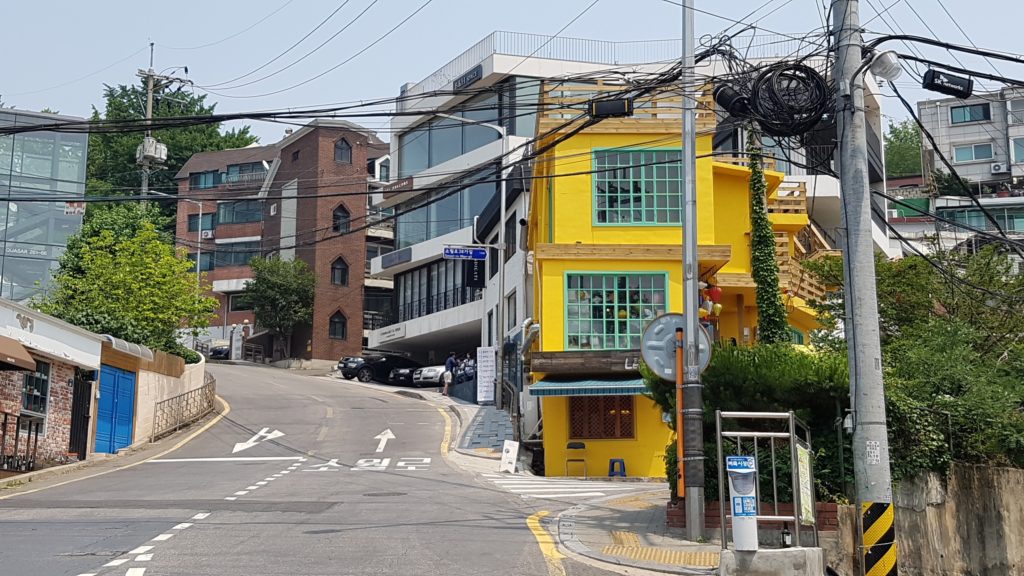 One of the first few places that I’d visited beyond the central Itaewon area was Sowol-ro, prompted by my then-adoration for On The Way To The Airport (2016).

Who would have thought that just a few months after my visit, this street (and even the overpass leading up to it) would appear in Strongest Deliveryman (and Fight For My Way before that, for the overpass)!

A re-visit is now most certainly in order.

Itaewon may be best known for its international vibe and plethora of cuisines on offer, but there are also a number of Korean restaurants in the area, as shown in this year’s K-Dramas!

Chicago Typewriter’s Se-joo and Jeon Seol had their Korean food fix at Shinseon Seollongtang Itaewon – the very same building that houses Si-Wha-Dam Grill, where Eun-tak and Kim Shin ate at in Goblin.

And to round up the meal on a sweet note, there are always the cozy cafés in the area to visit, like Côté Jardin (as seen in Temperature of Love) or Metaphor Café (Avengers Social Club).

Ihwa Mural Village is a really nice place for a visit, and I’d personally encourage first-timers to Seoul to check it out at least once; however, many visitors tend to forget that it’s also a residential spot, much to the displeasure of those living there.

This led to residents taking matters into their own hands in 2016 and painting over two of the most well-known staircases of that area: the flower staircase and the koi staircase. Coincidentally, the koi staircase was featured in Because This Is My Real Life – albeit the grayscale version of its former self.

Some of the houses in here were also featured in K-Dramas this year – like how our Strong Woman Do Bong-soon lived in the Ihwa-dong Village Museum and the ‘New York Barbershop’ where Ro-woon and her family lived in Introverted Boss.
(Would Ro-woon have spotted Eun-tak – from Goblin – talking to ghosts just outside her place?).

Two other colorful decorated houses were featured in Two Cops, each time when Dong-tak met a fortune teller. Also featured was the 508 Shop, which is located right in the middle of Ihwa-dong, and the park that sits between this shop and the museum.

Another more prominent park in the area, Naksan Park, is within walking distance, and is known for its stunning night views that overlook the city.

As romantic a locale as it is, it seemed to court a little more trouble than romance in this year’s K-Dramas. In Strong Woman Do Bong Soon, it was here that both Bong-soon and her grandmother beat up the same gang members on different occasions (sucks to be those guys!); while in Because This Is My First Life, Ji-ho came eerily close to danger while alone with Bok-nam – or so Se-hee thought.

Which of the neighborhoods we’ve featured in our lists is your favourite?
Or is there another neighborhood that should have made our lists but didn’t? (Sorry!)

We’d love to hear about it – tell us in the comments!

In the meantime, watch out for our final Roundup of 2017, coming your way soon 🙂