Disclaimer: This overview is © Koreandramaland.com and is NOT PERMITTED to be reproduced/reposted on other websites, whether in part or in full, without prior consent or permission from KDL. All screencaps belong to tvN.

When 20s university freshman Yoon Ji-soo first encounters senior Han Jae-hyun during a student rally that turns awry, she falls almost instantly for his unassuming, caring nature. So begins a story of young love in a time of instability, marred by a class divide and an uncertain future. Over 20 years later, Ji-soo and Jae-hyun cross paths again. Will they choose to rekindle the love of their youth, or will the scars of their adulthood and the weight they bear from their respective marriages, continue to keep them apart?
— by Mich KDL 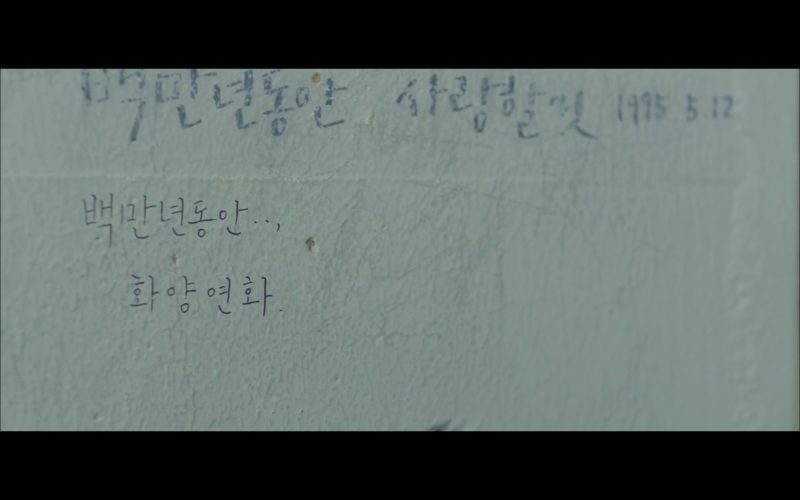 The show’s hanja title ‘花样年华/花樣年華’ (Huāyàng niánhuá) is exactly the same as the 2000 Hong Kong romance movie In The Mood For Love. According to the movie’s Wikipedia page, this phrase means “‘the age of blossoms’ or ‘the flowery years’ – a Chinese metaphor for the fleeting time of youth, beauty and love”. The title was said to have been “derive[d] from a song of the same name” that was sung by singer Zhou Xuan (周璇) in the 1946/7 Hong Kong film An All-Consuming Love (長相思), which she also starred in. It is also widely known as being the title of two of BTS’ extended play albums, released in April 2015 and November 2015 respectively.

On the drama’s title, main actress Lee Bo-young says of it in an interview for Cosmopolitan’s April 2020 issue: “This drama has absolutely nothing to do with the movie. Instead, [the phrase ‘Hwa Yang Yeon Hwa’] only contains the meaning of ‘the most beautiful and happiest moment in life’.” 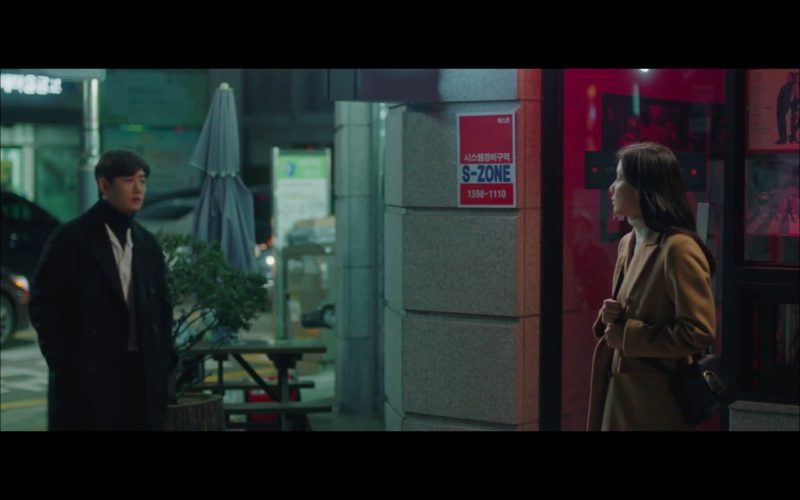 It turns out that Lee Tae-sung, who plays Joo Young-woo –Yoon Ji-soo’s best friend who continues to harbour a crush on her since college– in this drama, has already had his time as a couple with Lee Bo-young! They were first paired up nearly 10 years ago, in MBC’s family drama Hooray For Love (애정만만세) (2011-12). 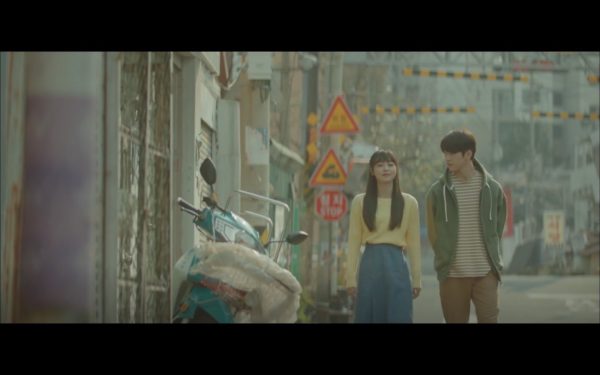 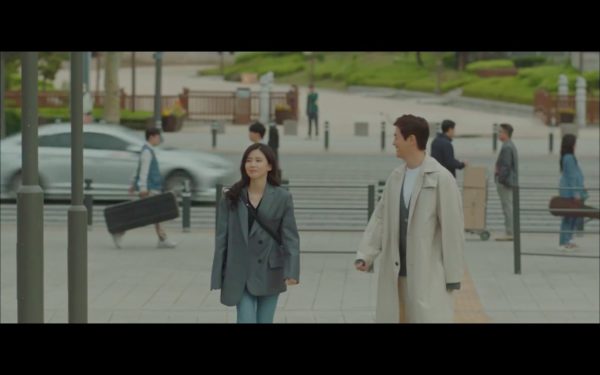 In an Osen article, PD Son stated: “The ‘fatal’ flaw in our drama is the height difference between Yoo Ji-tae and Park Jin-young.” — the young and old version of Han Jae-hyun. “We are convincing each other,” he continued, “that Jae Hyun wrongfully took some kind of supplement when he was in college, so he became that tall.” 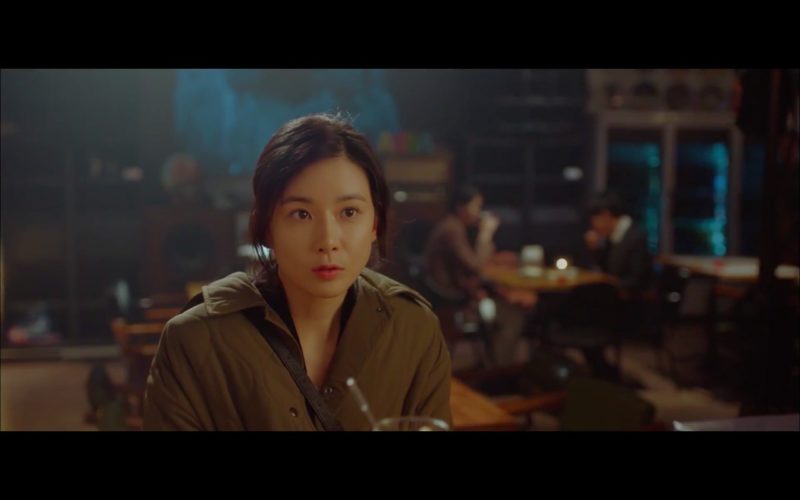 With regard to main actress Lee Bo-young, he explained in the same interview: “Actually, Lee Bo-young was originally not in the cast list because at that time, she just gave birth to her second baby… so I did not send her an invitation. However, after that, I learned that the drama summaries and scripts were piled up in Lee Bo Young’s postpartum maternity center. Thus, we believed that she should look over so we sent her the script. That night, we sent her four scripts. I heard that she cried while reading them and quickly accepted to join this drama.”

Very little is known about Jeon Hee-young (전희영) (also: Jun Hee-young); it appears that When My Love Blooms is her very first drama.

At the live-streamed press conference for the drama When My Love Blooms, director Son stated: “I personally believe romance is the most fundamental genre of television drama. Though love might be a really common theme, I wanted to portray a warm and nostalgic love.” He made a similar comment in another interview: “Our drama is called by the assistant director as ‘adult romance part 2’. Everything went in that direction even though we didn’t do it on purpose.” Son ended by saying: “If having to explain this drama by just a sentence, we suppose that this work is like an addictive kimbap in Gwangjang market. Kimbap is a popular dish and there are many films taking first love as the theme. However, watching our drama, people might want to continue like when they enjoy delicious kimbap.” 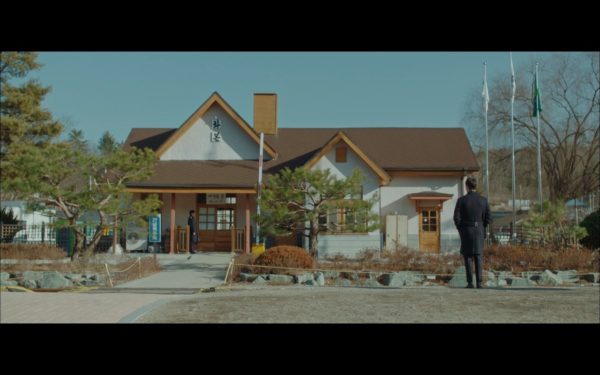 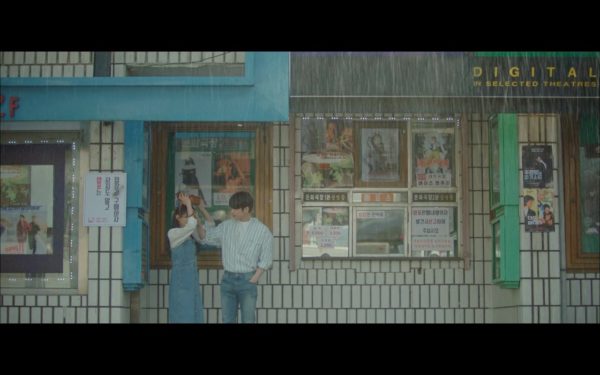 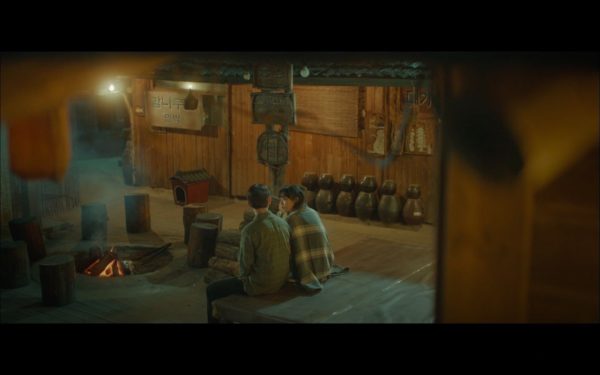 There is a certain sense of nostalgia that lingers on in the locations of When My Love Blooms; the kind that can be seen, and the kind that can be felt. Some locations clearly pay homage through the modern upkeep of its retro aesthetics (the 90s cinema and railway station being stellar examples), while others exude calm familiarity even in longing, like memories of an old friend or flame etched in time. The show does well in this juxtaposition, along with its overall location consistency, creating a world that the characters –and maybe even the viewers– can’t help but to look back on fondly. — Mich KDL

Search When My Love Blooms (화양연화 – 삶이 꽃이 되는 순간) on KDL for a visual look of all locations.
This overview will be updated when new locations are added. 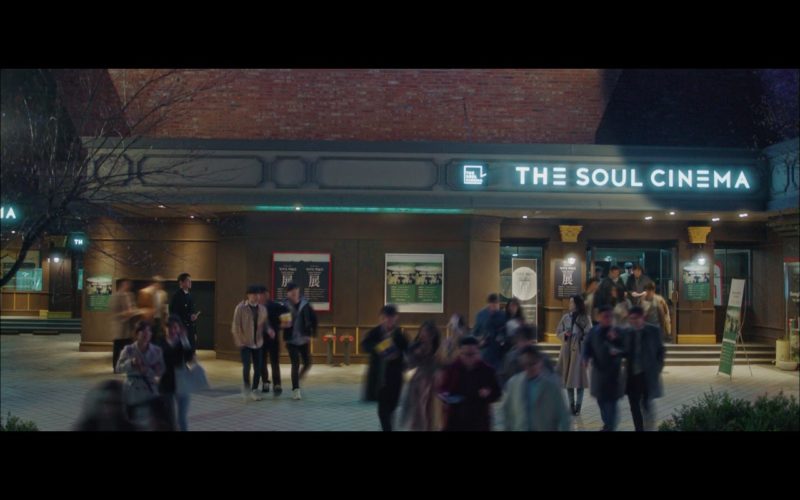 We’ve put together a comprehensive list of the music, movies, books and poems seen and heard in When My Love Blooms. So, take a walk down memory lane with us here.

SOUTH KOREA OF THE 90s

Also in the works: seeing South Korea of the 90s through the lens of When My Love Blooms.

While watching TV alone at home in episode 12, Ji-soo appears to be watching Her Private Life, with Ryan Gold (Kim Jae-wook) seen heading to the door of his apartment. 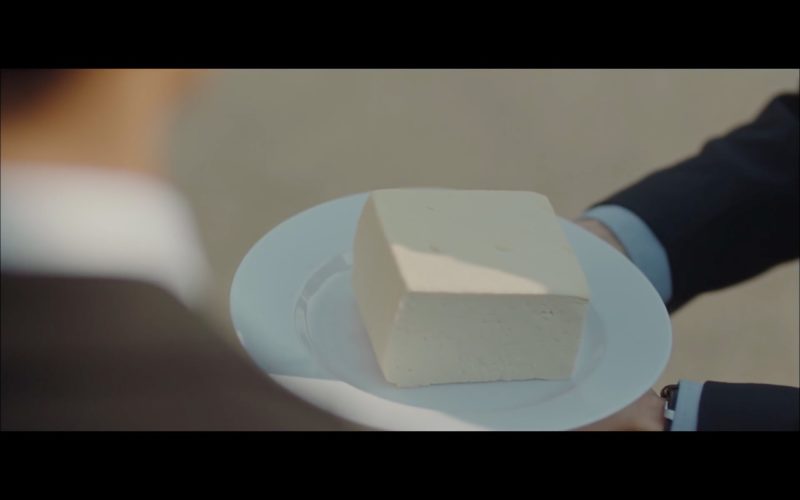 Tofu as Protection From Prison

When being released from prison after four years in episode 1, the older Jae-hyun is received by his secretary Kang Joon-woo (Kang Young-seok) with a block of tofu on a white plate. “I don’t believe superstitions are always bad,” his secretary comments, to which Jae-hyun retorts, as he eats and chucks away a piece: “They are not. But it doesn’t taste nice. I am sick of beans and tofu.” The superstition that Jae-hyun’s secretary refers to here is that one will never return to prison when they eat pure tofu right after their release. The tofu is also often brought in a black plastic bag that highlights more of its “purity”, i.e. the white color of the tofu. 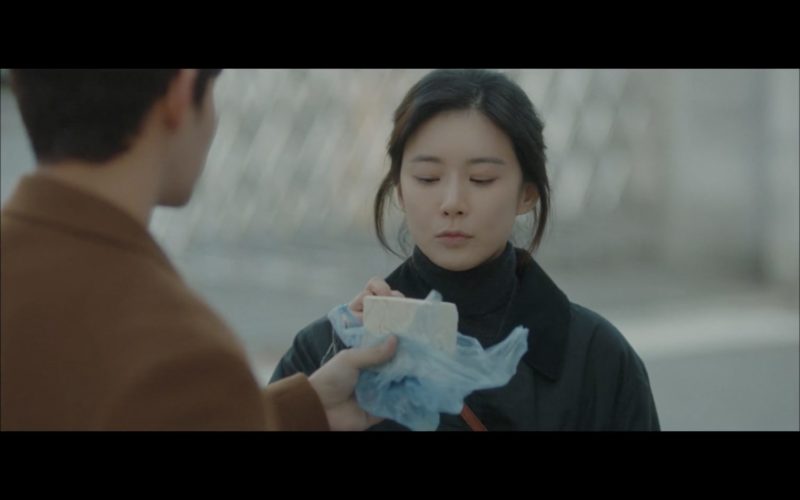 In episode 4, Joo Young-woo (Lee Tae-sung) brings tofu for Ji-soo when she’s released from the police cell, after being arrested for participating in a protest against Hyung Sung letting off contract workers. Lee Se-hoon (Kim Young-hoon) does this for her too, as seen in a flashback in episode 6. 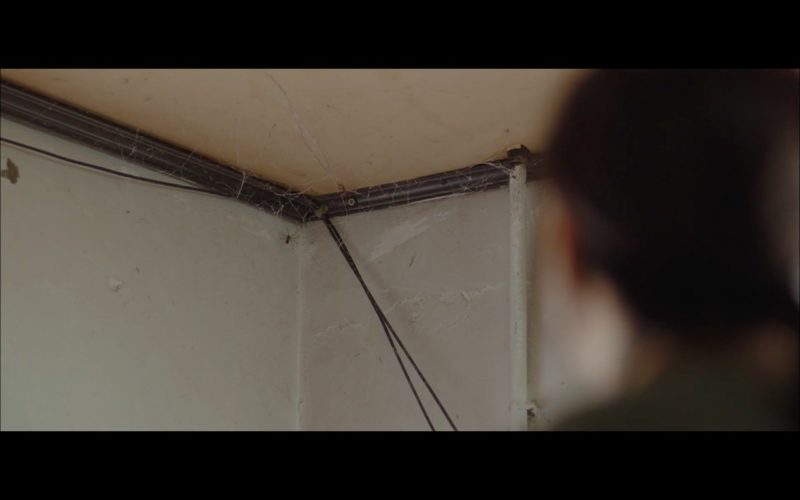 As she leaves after buying groceries at Jaha Super [자하슈퍼], in episode 1, Yoon Ji-soo (Lee Bo-young) lets the owner know that she will have a “special visitor”, judging from the spider spotted at the corner of the ceiling. The old lady mishears it as ‘ghost’, but Ji-soo corrects her gently: “Not a ghost (귀신). A special visitor (귀인). A morning spider means a special visitor. Evening spiders mean robbers.”

This superstition or old wives’ tale is said to predict auspiciousness, based on when spiders are found in the house. It’s interesting to note, however, that this very phrase that Ji-soo mentions (아침 거미는 기쁨, 저녁 거미는 도둑) was first written in the book “Miscellaneous Records of the Western Capital” (서경잡기/西京杂記), a “collection of short semi-historiographical stories” that “records miscellaneous… everyday life in ancient China”. The book is said to have been introduced to the Goryeo Dynasty sometime between the 12th-17th century.

Another variation of a Korean spider superstition can be found here. 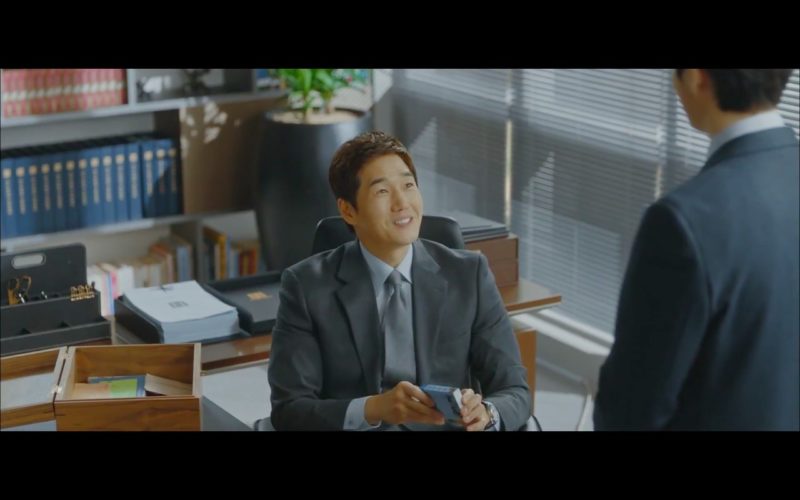 When Jae-hyun asks Secretary Kang for help to buy a tape player, the latter comments about how he’s probably “also visiting the Online Tapgol Park”. After he’s asked where it is, an amused Secretary Kang patiently explains: “It’s not a real place. It’s an online website. It’s where you walk down memory lane while watching music shows from the 90s.”

Named after the real Tapgol Park [탑골공원] in Jongno, which is frequented by seniors, ‘Online Tapgol Park’ is exactly how Secretary Kang explained it to Jae-hyun. As elaborated on in this article, this is part of a retro or ‘newtro’ trend that began in late-2018, when first generation K-Pop idols started reuniting for commemorative concerts, with some –like Sechkies— continuing their activities. It was also spurred on in part by SBS launching a 24-hour stream ‘Kpop Classic’ YouTube channel in celebration of the broadcaster’s 30th anniversary this year. This has given those who grew up between the late 80s-early 00s a chance to reminisce on the singers, groups and songs from those eras, along with fellow viewers. 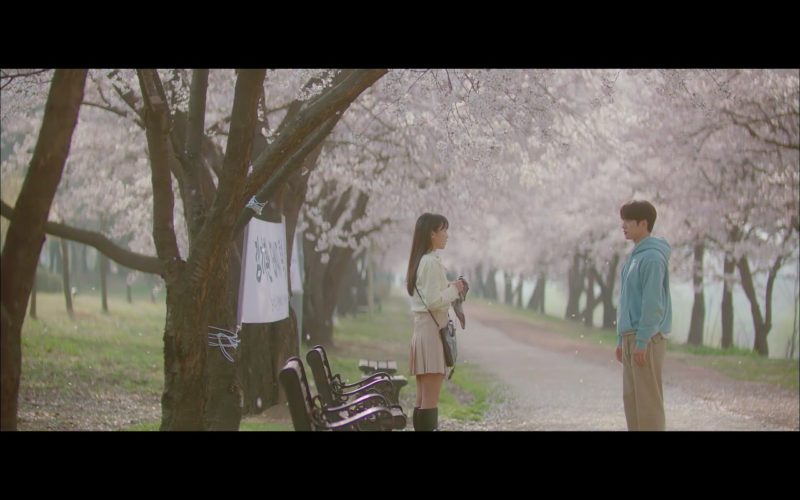