[Edit – 2 April 2021: Please note that no permission or authorization has been given for this and any KDL blogpost to be reproduced on the website ‘nach0stime.c0’. If you have seen this blogpost on their site or are here from that link, note that it was unlawfully (and very sloppily) copied from our page and in no way accurately represents anything that has been written here. This blogpost is © Koreandramaland.com. –Mich KDL]

Piacere mio and nice to meet you too, Vincenzo. It’s not every day that K-Dramaland gets to play host to an ethnically Korean, Italian mafia consigliere (…corn salad?) and lawyer: one with enough resources to throw an impromptu Italian-themed block party, yet who can’t seem to solve his ongoing pigeon issue at home. This is just one of the many fun quirks and ironies served up by this dark comedy, together with a side of revenge (served cold), and justice as the main course (we hope).

At KDL, we’ve also loved spotting the different locations featured in Vincenzo, which range from stunning brand new inclusions, to old-time staples seen in a different light. It seems like no effort has been spared in scouting for unique spaces across South Korea — though making it to Italy, Vincenzo’s adoptive country, was pretty much out of the question thanks to the ongoing pandemic.

Just as how “clothes make the man” (the way that Booralro suits make Vincenzo), the locations here will likely continue to be associated with the drama even after its conclusion, either for its impressive exteriors or meaningful interiors. Here are some that I’d give my ‘thumbs up’ to!

Note: This blogpost only covers locations seen in episodes 1-10 of the show. 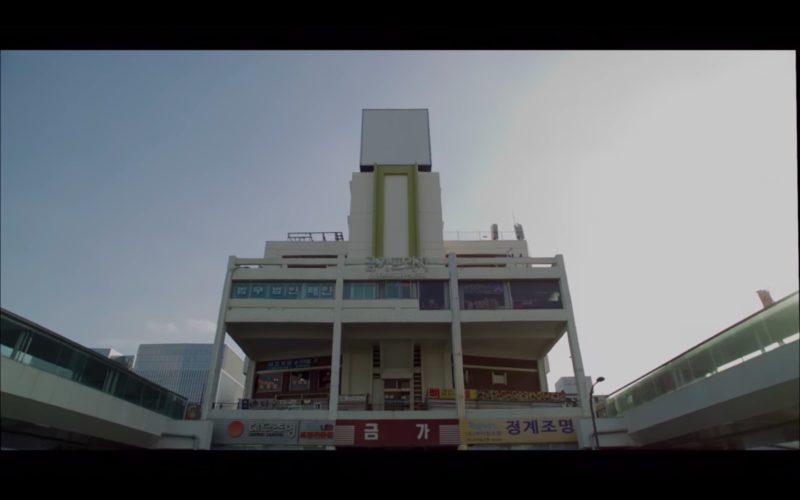 Sewoon Plaza [세운상가] and Daerim Plaza [대림상가] may have had their share of the K-Dramaland limelight in the past year, but 2021 is the time for Cheonggye Arcade (or Cheonggye Plaza) to shine. As ‘Geumga Plaza’, not only it is home to the many tenants who fill its spaces, it’s also an obstacle preventing the Babel Group from building its namesake tower, along with being the (not-so) secret underground gold mine yet to be unearthed. Even as it continues to be at the show’s core, it is anyone’s guess as to whether the Plaza would still remain by the end of the series –– as even Vincenzo declared in episode 1’s opening lines: “My goal is to tear down this building.” 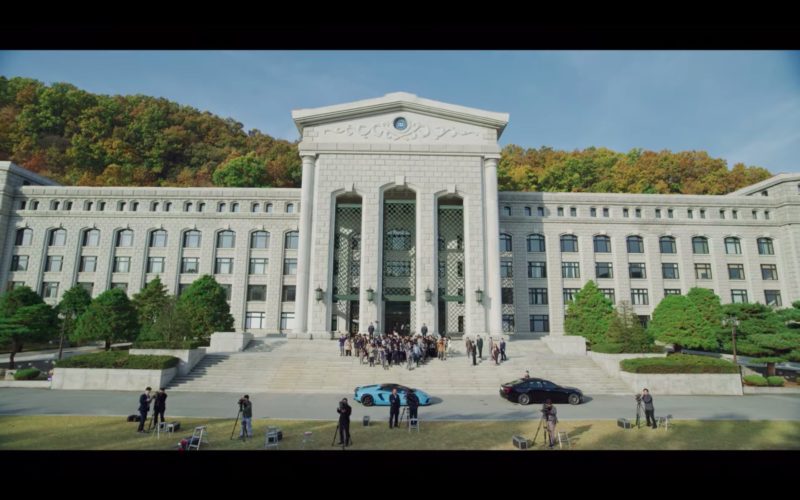 Step aside, Seoul Central District Court. There’s a fancy new ‘court building’ in K-Dramaland — that isn’t even an actual court in real life. This is the main building [본관] of Sun Moon University’s Cheonan campus, which appears even more impressive than that of its sister campus in Asan. With just the right stature and build (complete with a flight of stairs for pre- and post-trial media scrums to take place), it’s done a pretty good job so far in replicating a court building. There may be a chance that we’ll be seeing more of it this year! 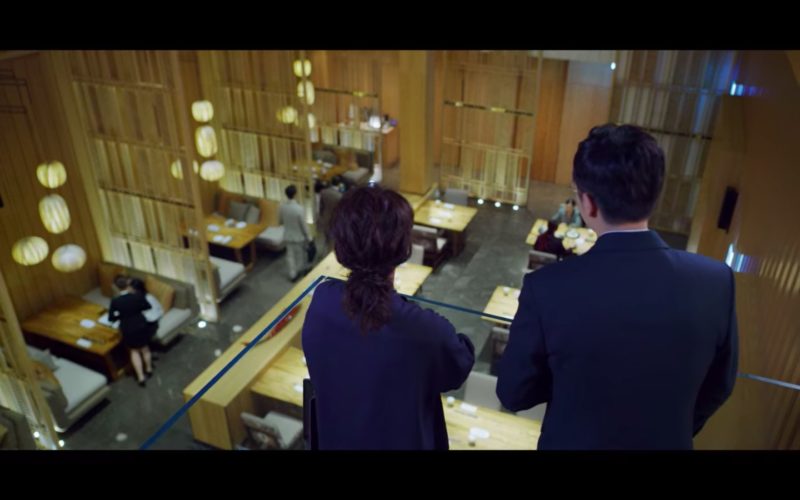 In K-Dramaland, the Four Seasons Hotel Seoul is almost always associated with its award-winning bar, the Charles H. Before the bar was featured in episode 8, however, three other restaurants were first featured in Vincenzo: Italian restaurant Boccalino (episode 2), Chinese/Cantonese restaurant Yu Yuan (episode 2) and contemporary Japanese restaurant Akira Back (episode 3)– making it the first K-drama (to our knowledge, at least) to feature four different F&B establishments within the same hotel. Along with its presence in our 2020 Most Seen Locations list, this major placement seems to have helped secure its spot as one of K-Dramaland’s top hotels. 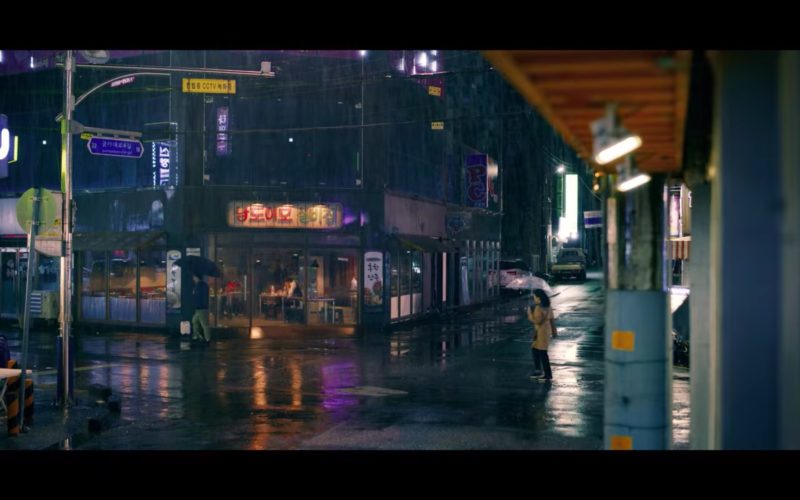 Vincenzo is all about the element of surprise; so imagine my surprise when I discovered that this eatery frequented by Vincenzo Cassano (Song Joong-ki) and lawyer Hong Yu-chan (Yoo Jae-myung) is not located anywhere within the Seoul, Incheon, or Gyeonggi-do vicinity — but rather, all the way in Geoje! Not quite sure what the location scouts had in mind when they suggested this building, only because there’s likely a dozen other similar-looking ones within more central parts of the country. Nevertheless, this location added to the show’s surprise element (quite literally too) [SPOILER] when Vincenzo and Lawyer Hong were unceremoniously mowed down in a freak accident –– while still in the restaurant. 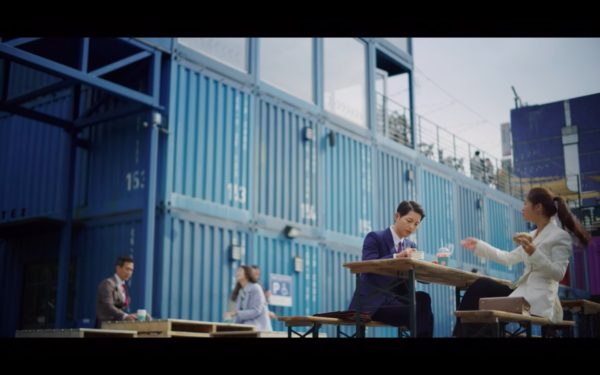 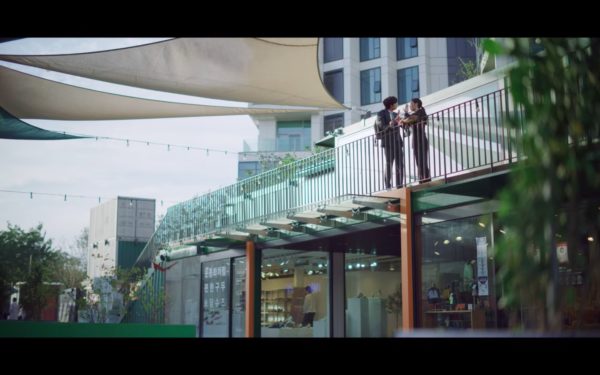 As much as the Vincenzo characters seem to enjoy meeting up at fancy restaurants or sleek cafes, it’s nice to see them break out of that mould once in a while. Having Vincenzo and Hong Cha-young (Jeon Yeo-bin) plan their next course of action against Babel Chemicals over hot dogs at cargo-container mall Common Ground made these high-flying lawyers seem a lot more down to earth; a nice juxtaposition with their new-found mission of helping their fellow man (and woman) as Jipuragi Law Firm. These uniquely repurposed malls are a welcome sight on screen indeed –– especially Understand Avenue, which was last (and only) seen in 2017’s The Liar and His Lover. 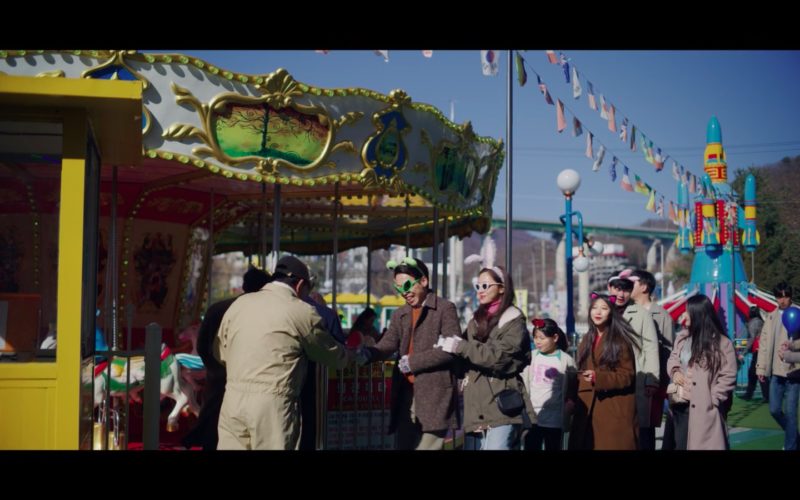 Amusement parks may be a dime and a dozen in K-Dramaland, but I’m certain that none of them has a story like Doori Land‘s. This is quite possibly the heart and soul of veteran actor Im Chae-moo, who started this kids’ theme park 30 years ago in Yangju, Gyeonggi-do. After an encounter with a father who was unable to pay the admission fee for his family, Im decided to make entrance to the park free, only charging nominal fees for the rides. In a 2018 interview with Radio Star, he estimates having “invested over 10 billion won ($8.8 million)” to date for the park’s operations and maintenance — but has also pledged to do his utmost to keep it running. I’m personally glad that the Vincenzo team chose to showcase this meaningful theme park, with Im even featuring in a (rather forward-thinking) cameo as a carousel attendant. 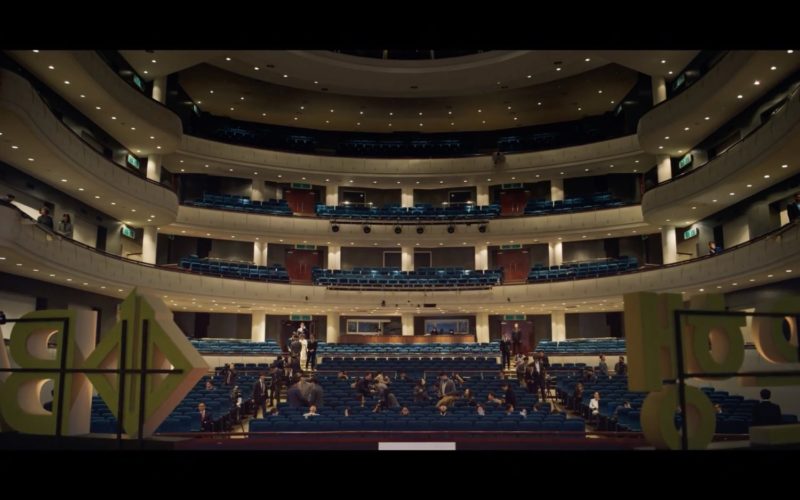 The dramatic setting of an opera house may be an unlikely location for an agreement signing ceremony, but not for the aria-loving Vincenzo. Thanks to the love-smitten Shinkwang Bank president Hwang Min-seong (Kim Sung-cheol), he was able to watch the ceremony fall apart before his very eyes in the majestic Daegu Opera House. Unfortunately, the chaos didn’t quite reach its crescendo, no thanks to the shrewd foresight of Wusang lawyer Choi Myung-hee (Kim Yeo-jin). Still, the first municipal theater in South Korea dedicated to opera is a grand enough place to amaze viewers at first sight! 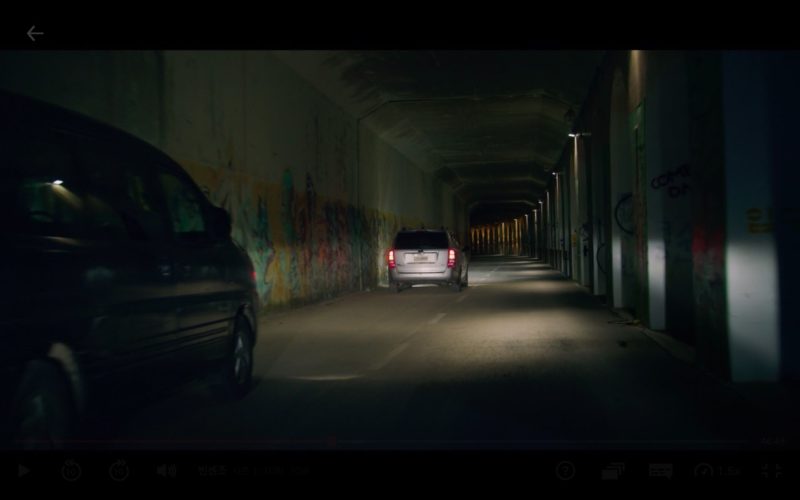 The decommissioned tunnel at Gangchon Rail Park takes another dark turn (after 2020’s The King: Eternal Monarch) in Vincenzo. Previously seen in 2020’s When My Love Blooms as a nostalgic part of the lead couple’s young love story, [SPOILER] with Cha-young frantically running into Vincenzo’s embrace after reaching the tunnel, this might prove to be a turning point in their current working relationship (and aptly so). It’s also interesting to note that this is not the only decommissioned location the Vincenzo team has chosen for the series –– another is the eerie skeleton of the Korea Health University– Gimcheon Campus building, also seen in episode 10.

Now that the show has reached its halfway mark, there are just so many questions that need to be covered in the next 10 or so episodes: Who in Geumga Plaza will get to the gold mine first? How far will Babel continue to take their evil, scheming ways? Will the currently-undercover Ahn Ki-seok continue tumbling in and out of Jipuragi? Will Vincenzo decide to settle down in Korea eventually? Can Toto ever win Vincenzo’s stomach over?

Questions aside, we’re excited to see what else is in store for our favorite lawyer pairing and their David-and-Goliath battle against Babel, along with the next Geumga Plaza exploits –– and of course, more locations that we’d give our thumbs up to. 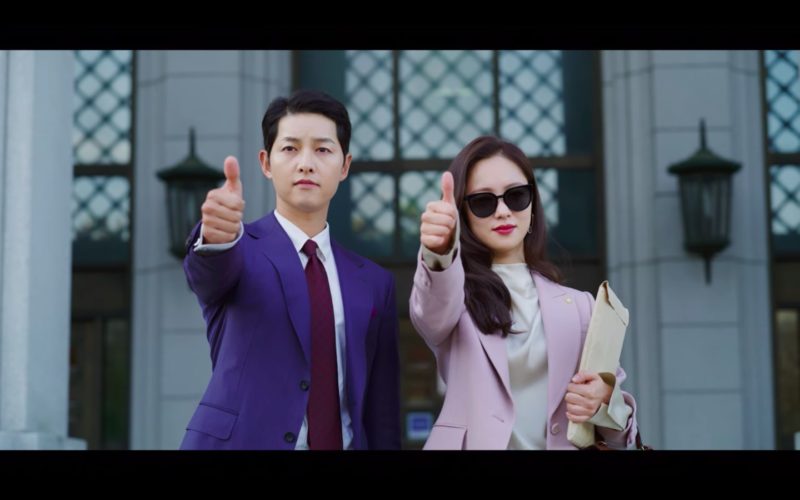