We’re only a quarter-way into 2020 and I’m pretty sure many of us already want the year to hurry along and pass us by! Sadly, it’s been a rather unprecedented time for many of us around the globe, most of that being spent indoors — not entirely by choice. With much of the world now currently on lockdown, overseas travel is now virtually impossible, and it seems like global tourism will take a long time to recover from the impact of the far-reaching COVID-19 pandemic.

But, if there’s a silver lining to the lockdown — especially for you homebodies who spend hours binging on K-Dramas — it means, well, you can spend more hours watching them. While you’re at it, why not jump into some overseas-themed dramas to curb your wanderlust, at least for the time being?

Since we’d last covered overseas locations in our 2018 KDL Roundup, K-Drama writers and production teams have set their stories against other exciting international locations. Of course, there are also classic travel destinations that are perennial bucket list favorites. As a guide, I’ve selected cities off this travel bucket list article and this ranking list based on the overseas destinations we’ve seen on our screens, thanks to the wonder of K-Dramas. Note that the countries are not ranked in any particular numerical order. 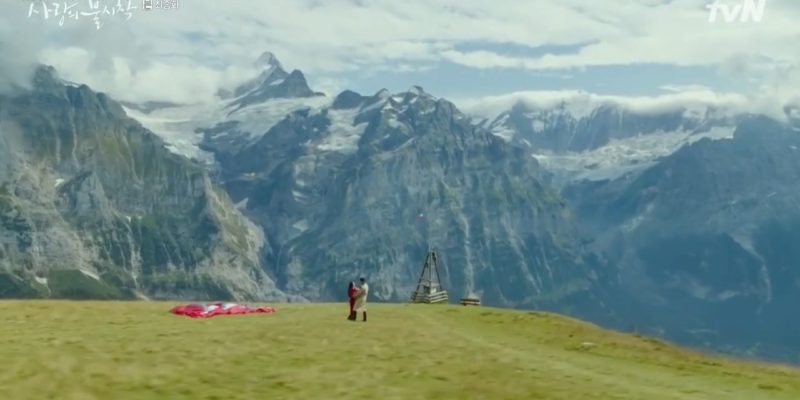 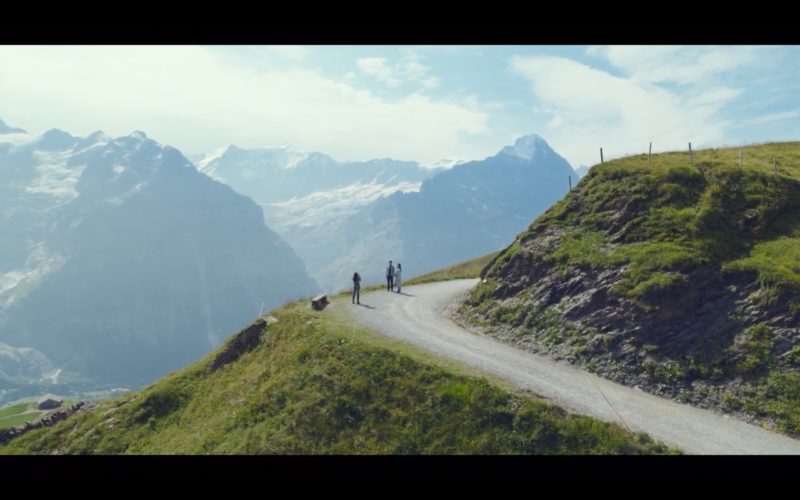 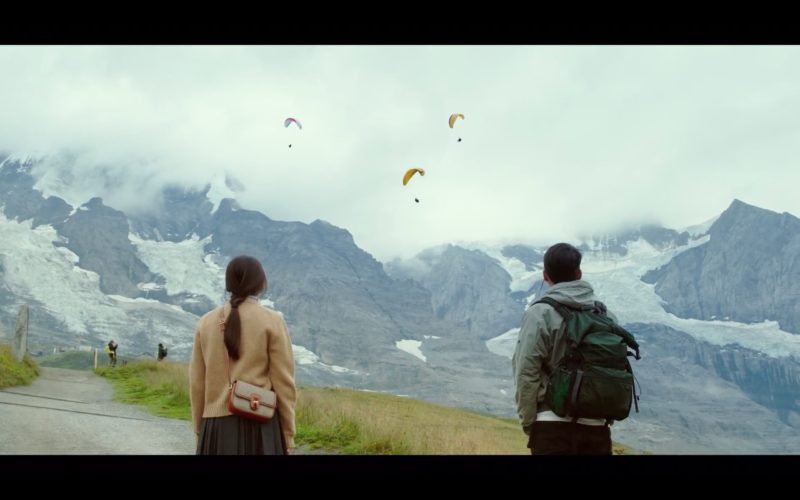 The bucket list article may have put Switzerland in last place, but it would be a sin for me not to start off my list with it! Crash Landing on You was undoubtedly the K-Drama of 2019, thanks in part to the incredible chemistry between Hyun Bin and Son Ye-jin, and the true-to-life re-creation of the North Korean village seen in the show. If you’re planning a second (or third) watch, relive the moments set against the breathtaking views of the Swiss Alps and the never-ending fields of countryside green, and take it all in. 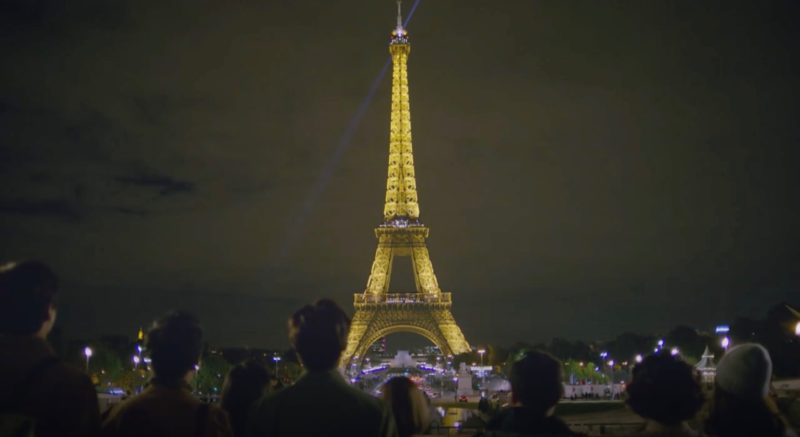 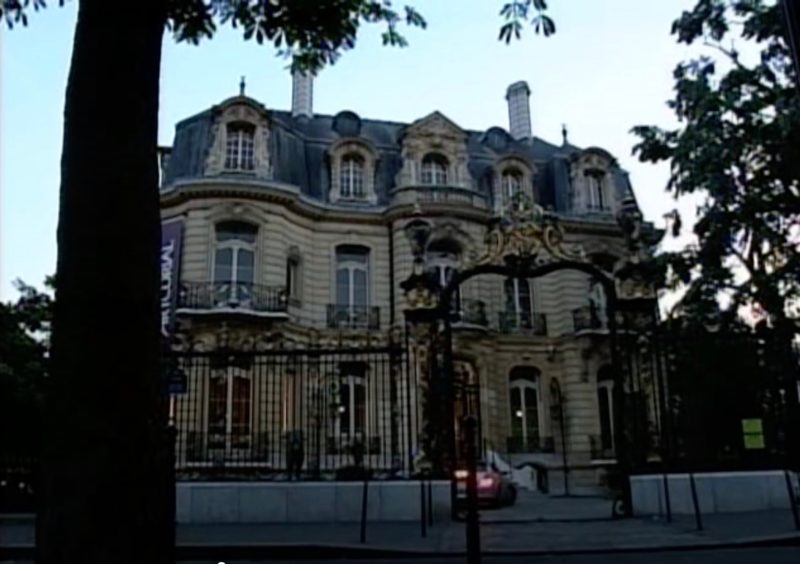 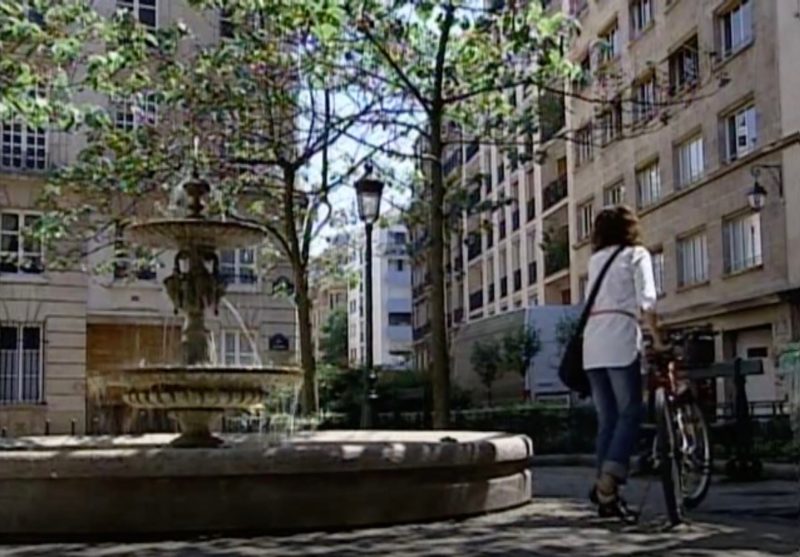 With many romantic movies and novels set in the French capital, it’s no wonder that the City of Love will always be romanticised in the minds and hearts of many. In K-Dramaland, Paris was featured in the classic 2000s drama Lovers In Paris, and modern-day tales of Shopping King Louis and The Package. Being able to see the iconic Eiffel Tower in a K-Drama is truly a wonder in itself! 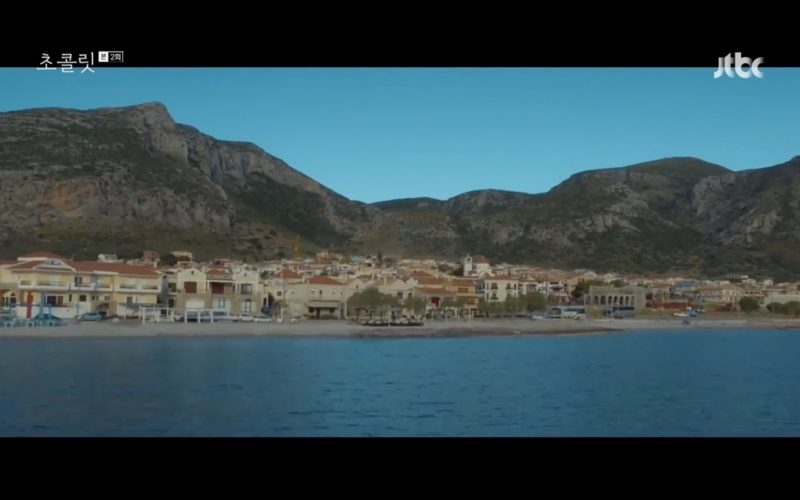 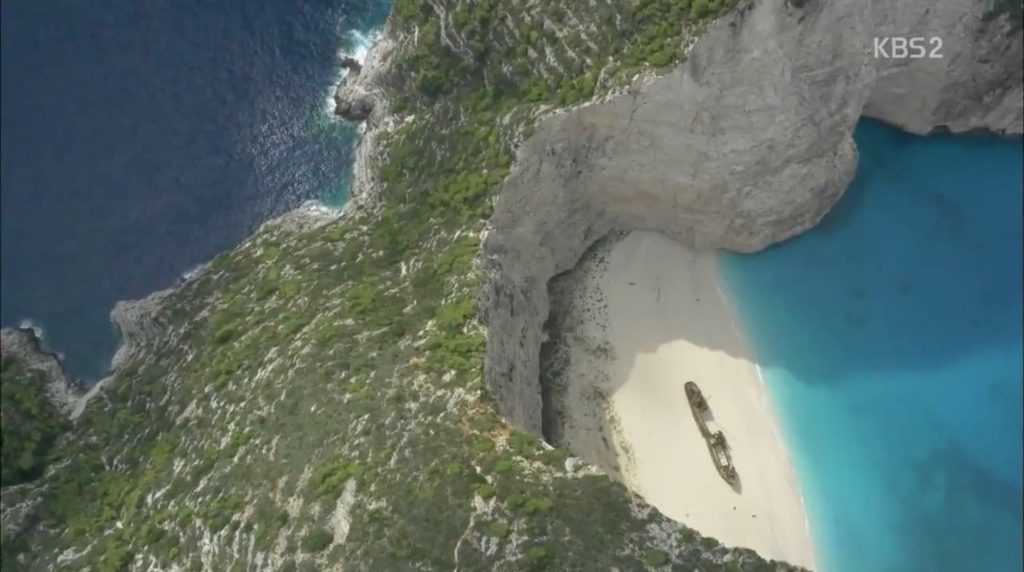 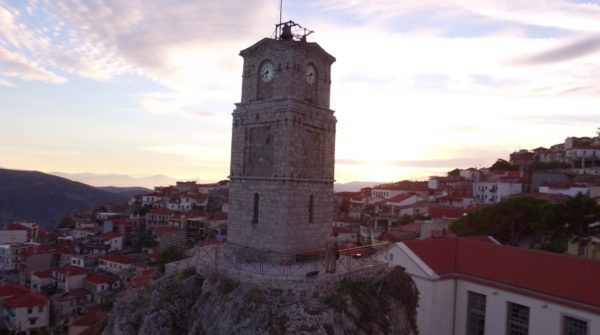 To many, Greece is characterized by the sweeping views of Santorini whites and blues; but Chocolate and Descendants of the Sun chose to showcase a different — but equally stunning — side to the country. Clearly, there’s more of the country to see — when we can finally leave our houses to do so. 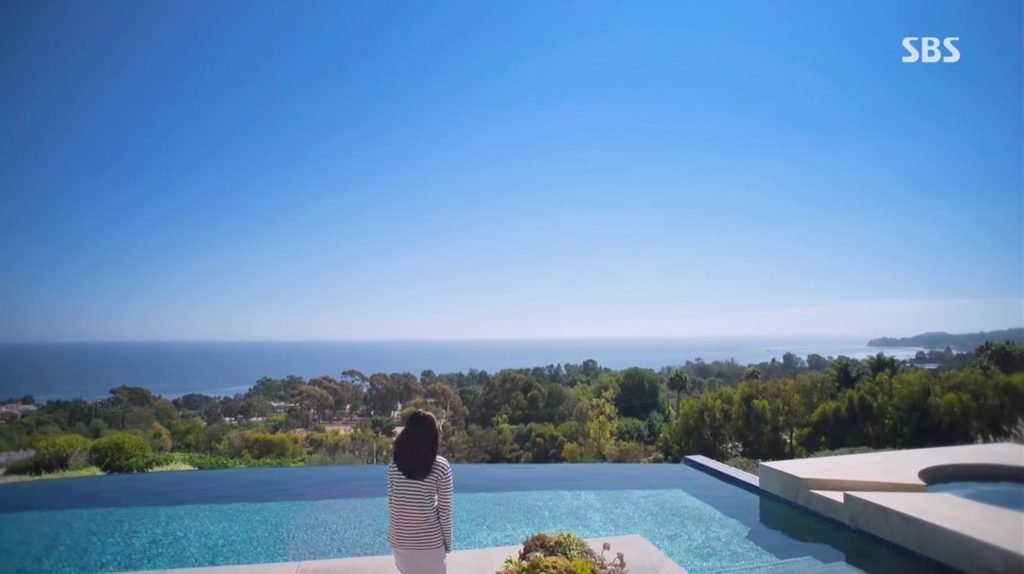 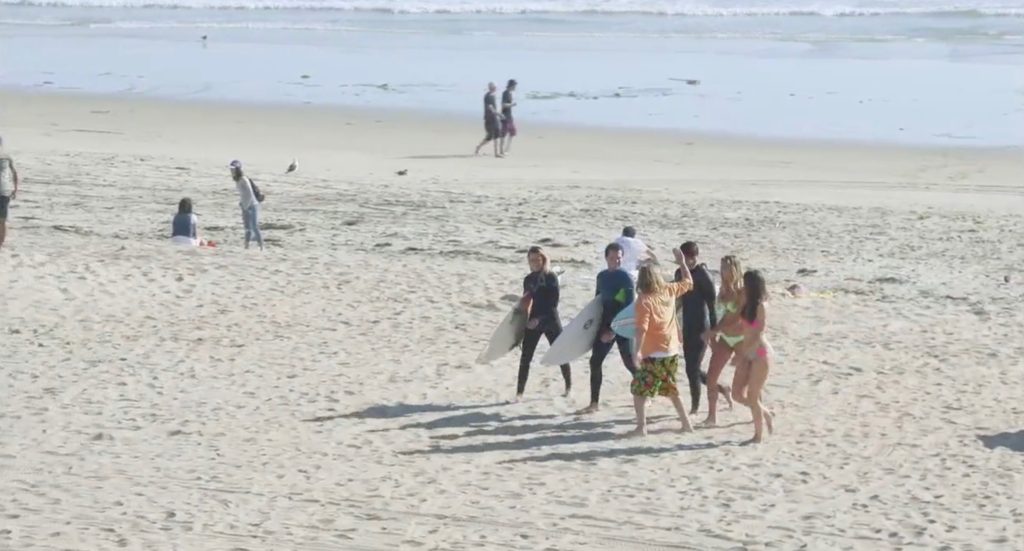 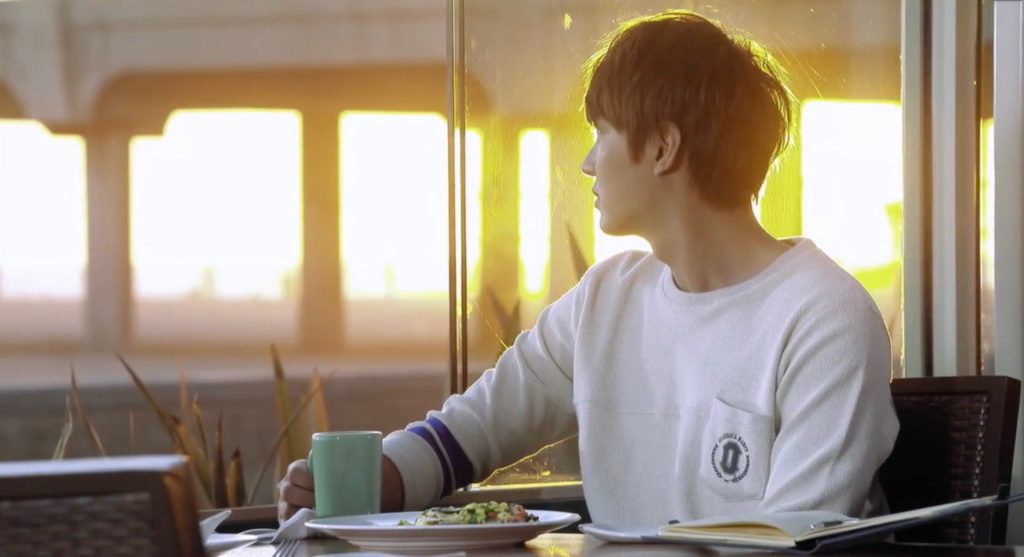 What we would give to be able to enjoy such a view again! Maybe a rewatch of The Heirs will be able to help place you in this warm, West Coast setting — now with fresher air, thanks to a sharp decrease in traffic on LA’s normally jam-packed freeways. 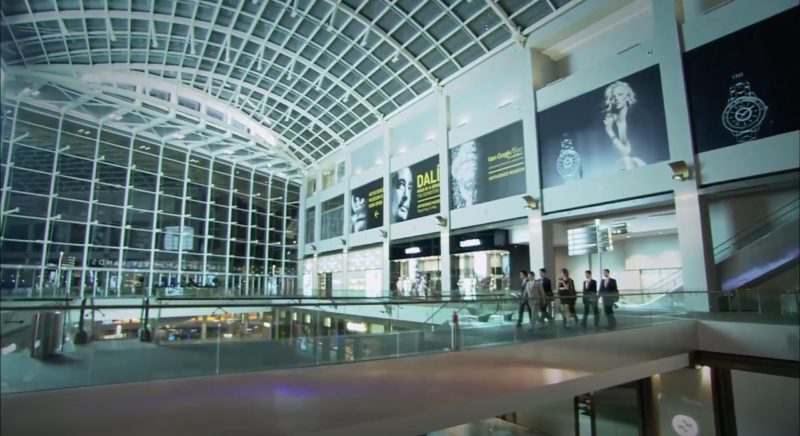 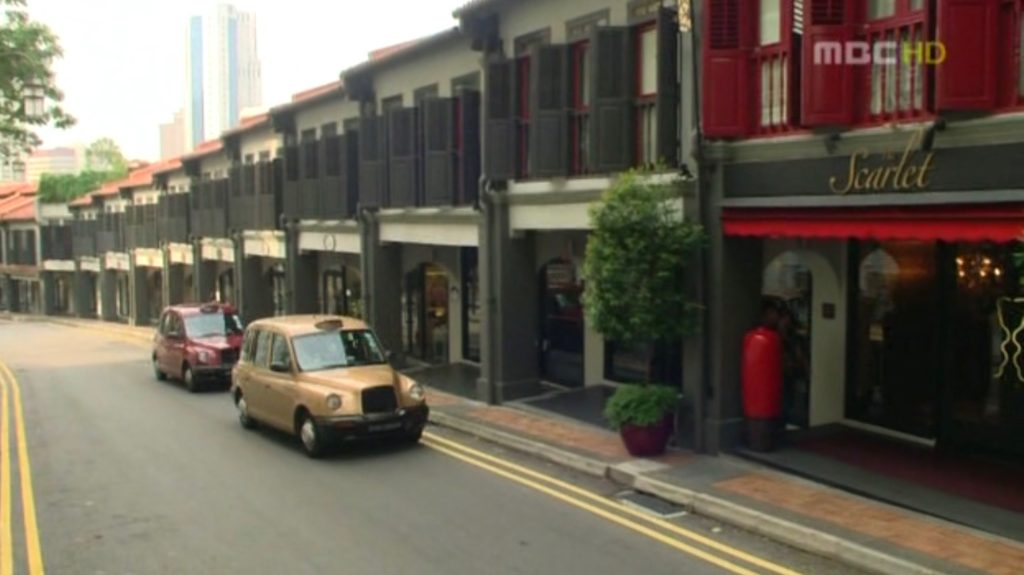 It’s a pity that Singapore hasn’t been seen on K-Drama screens since 2011’s Spy Myungwol, but the Lion City continues to be a fave feature in various Korean variety shows such as Battle Trip and The Return of Superman. With the opening of some stunning attractions since then (like Gardens by the Bay and Universal Studios Singapore), hopefully K-drama producers will consider setting their stories again in Singapore! 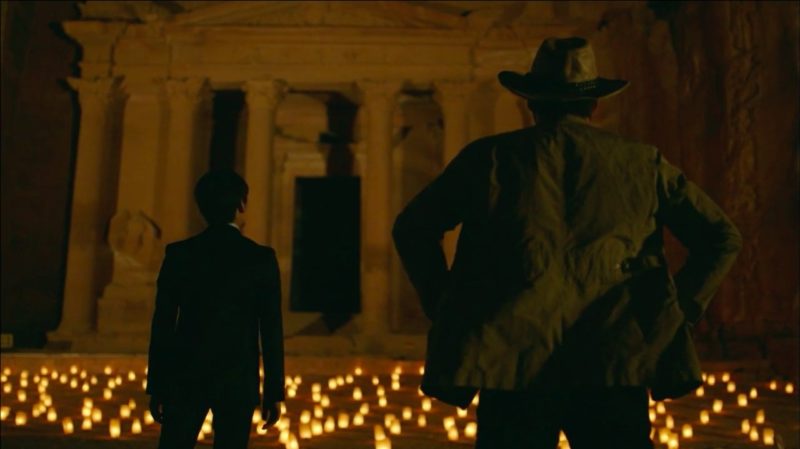 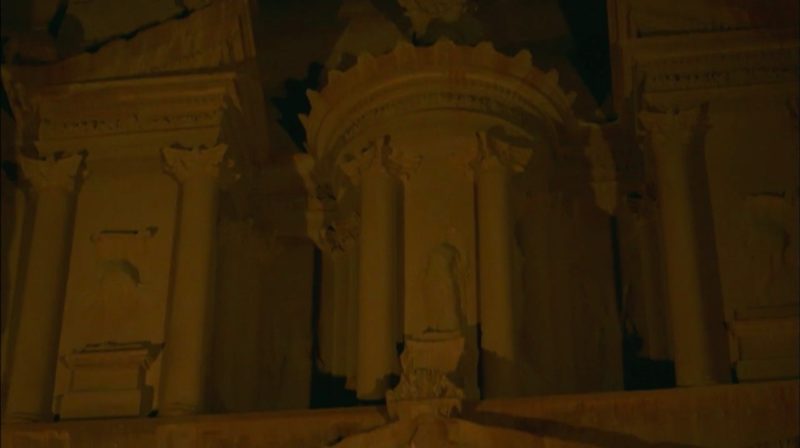 2014’s worklife-centered drama Misaeng made history for being the first K-Drama to film in Jordan, a milestone that was covered by media outlets both in Jordan and South Korea alike. One notable location featured was the Al-Khazneh temple in Petra, which was also featured in the 1989 Hollywood action film Indiana Jones and the Last Crusade.

I certainly wouldn’t miss out on highlighting this charming Canadian city that Goblin helped put on the map back in 2016-2017. Who would have thought that a red door would become such an attraction for K-Drama fans? Beyond that ‘portal entrance’, there is much more to explore along that gas-lamp quarter of Petit Champlain, and other highlights like the grand châteaus in Old Québec. 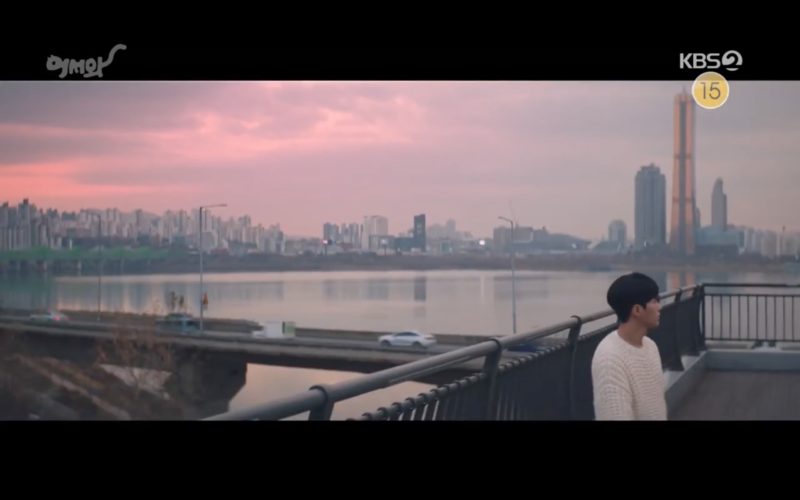 Despite all the international locations featured here, many times we tend to forget that South Korea is considered international to us as well! Once again, since overseas travel is restricted at present (as of April 2020), I’ll just have to put any Korea travel plans aside for the time being and be content to just ‘travel’ vicariously through the dramas I’m currently watching. This is at least one way I get to see the locations and any changes that come along with it!

As much as it bugs many of us to not be able to do or indulge in the things we’d normally like to, staying indoors is the best thing we can do right now to help our families, our community, and our country. This may be cliche, but we are truly “all in this together”, and we will get through this together too! No matter how ‘socially distanced’ you are from your friends, or how far away your family members living overseas may be, reach out to them and let them know that they’re in your thoughts, and that you wish them well. Such kind words and love from across the miles will be what gets us through these tough times, till we can see each other again! In the meantime, continue to stay home, stay well, and enjoy traveling the world through K-Dramas.

Which other overseas locations in K-Dramas do you like, or which country would you like to see a K-Drama filmed in next? Let us know in the comments! We’re listening. ♥

Check out our existing list of international locations in K-Dramas here.