One of the easiest ways to feel like being in a K-Drama is (and I’m serious) taking a bus while being in Seoul. Have you ever noticed how many bus scenes there are in K-Dramas? Always. And sometimes they even take the same busses. To convince yourself just take a look at the list of popular K-Drama bus-lines below.

If you want your experience to be really K-Dramaland-like, you should take the bus at night time as most people do in K-Dramaland. For a lot of them, bus rides equal a time for uninterrupted sleep. Often you can observe that the person sitting next to somebody sleeping (their potential love interest in most cases) will direct the sleepy, dangling head either on his/her shoulder so that the person can sleep comfortably or will protect the head with his/her hand so that it doesn’t hit against the window. While doing so and afterwards, they’ll steal glances at the one who sleeps.

Other times, the bus ride is used for self-reflection or reminiscing about the time when being with somebody. The most preferred seats for doing so are those near the end of the bus.

A first encounter with your future partner can also happen on a bus ride even if this first meeting usually leaves a vey bad first impression on both parties involved. 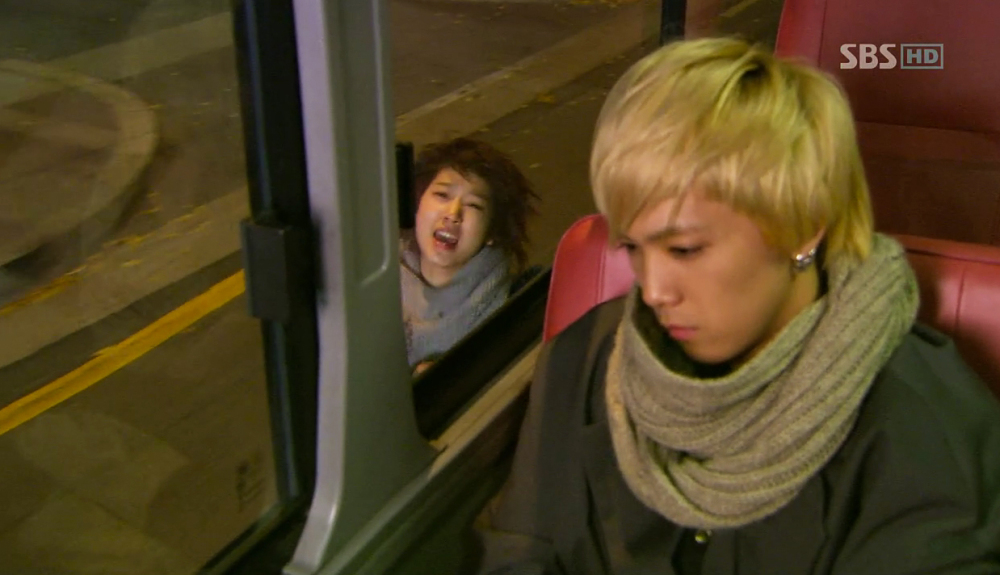 Also, when taking the bus in K-Dramaland watch out for someone chasing after somebody who rides the bus. A quite common habit there.

How to Pay in a Public Bus

At first glance it seems that bus rides are for free in K-Dramaland. But if you observe keenly you’ll see people holding their cell phone, credit card, or handbag (in which is a farecard) against a little machine at the entrance of the bus. A beep will tell them that their fare is payed. If you don’t have any of these paying devises you can pay in cash in throwing the coins in a plastic box next to the driver.