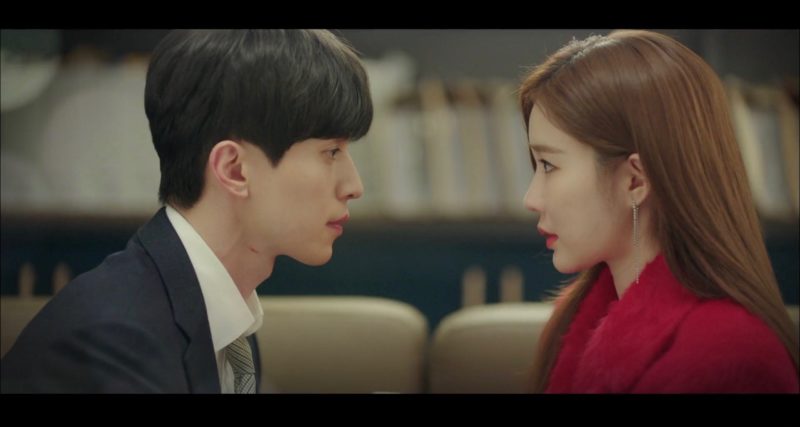 A former scandal-ridden starlet looking to make her comeback joins a law firm as a law secretary to research for a new role. Personalities clash as she works together with a straight-laced perfectionist lawyer — but will sparks fly eventually as she softens his heart? This is the long-awaited reunion of Goblin‘s other beloved couple, Lee Dong-wook and Yoo In-na.
— by Mich KDL 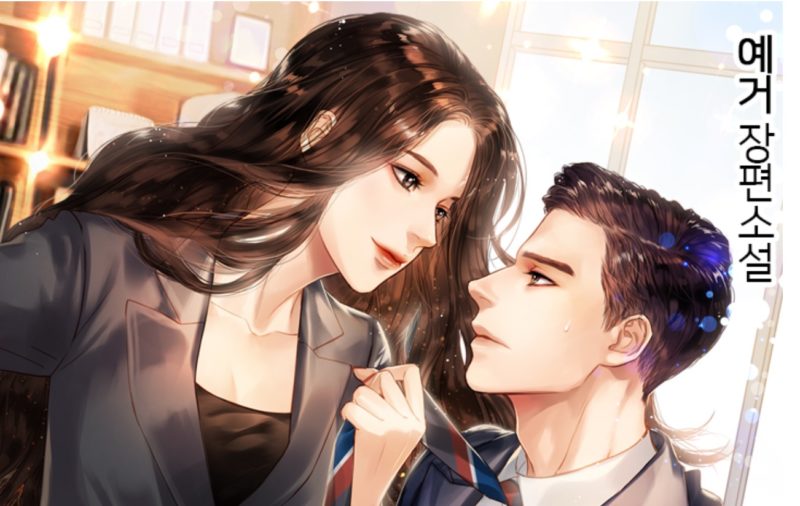 Touch Your Heart is based on a web-toon of the same name, first released on KakaoPage in 2016 and written by Lee Myung-suk and Choi Bo-rim. You can read it online here.

Note that this is not the full cast credits for this show — only those mentioned on KDL!
Kwon Jung-rok (Lee Dong-wook)
Lawyer at ALWAYS Law Firm
— — — — — — —
Kim Se-won (Lee Sang-woo)
Prosecutor; Jung-rok’s college friend;
Yeo-reum’s ex-boyfriend

While it seems that Touch Your Heart is set in the bustling river south of locales — like Gangnam, where the law firm is supposed to be located in — its locations are actually flung far and wide around Seoul.

What’s also most note-worthy is how many law-related scenes in this drama (aside from the main courthouse) were actually filmed at familiar K-Dramaland universities, such as Sun Moon University [선문대학교 아산캠퍼스], as seen in School 2017; and Inha University [인하대학교], more well-known as Haneol Sport University in Weightlifting Fairy Kim Bok-joo.
— by Mich KDL

This overview will be updated when new locations are added.
Search Touch Your Heart on KDL for a visual look of all locations.
Last update: 25/08/2019 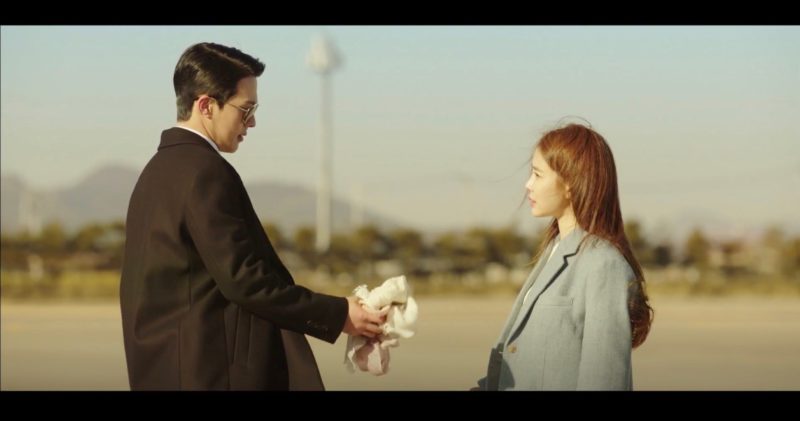 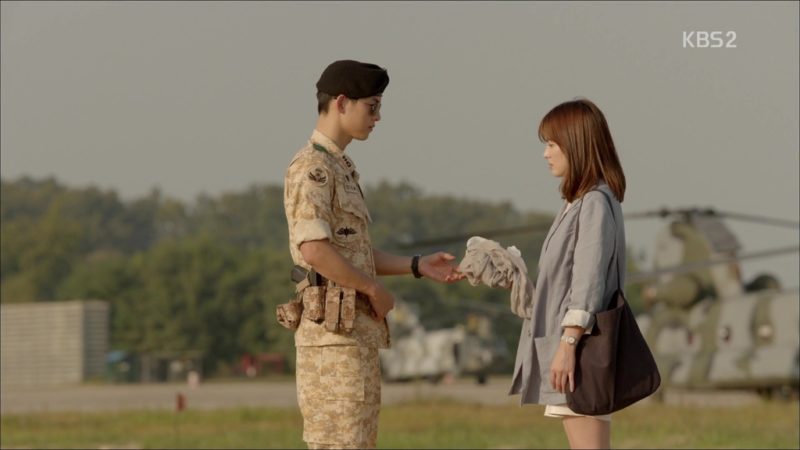 Yoon-seo places herself in the shoes of the heroine while reading a potential script in episode 1, and imagines a scenario that resembles that of Descendants of the Sun. Her imagination continues to trail on in episodes 2 and 3. Though not as direct a reference, it’s interesting to note here that DOTS’ director, Yoo Jong-sun, is also listed as a co-director for Why Secretary Kim together with Touch Your Heart director Park.

In a great reference to Director Park Joon-hwa’s involvement with Why Secretary Kim, Yoon-seo and Jung-rok watch a lawyer-themed movie called What’s Wrong with the Lawyer? (변호사가 왜그럴까?) — with its poster and logo mirroring that of WSK’s. 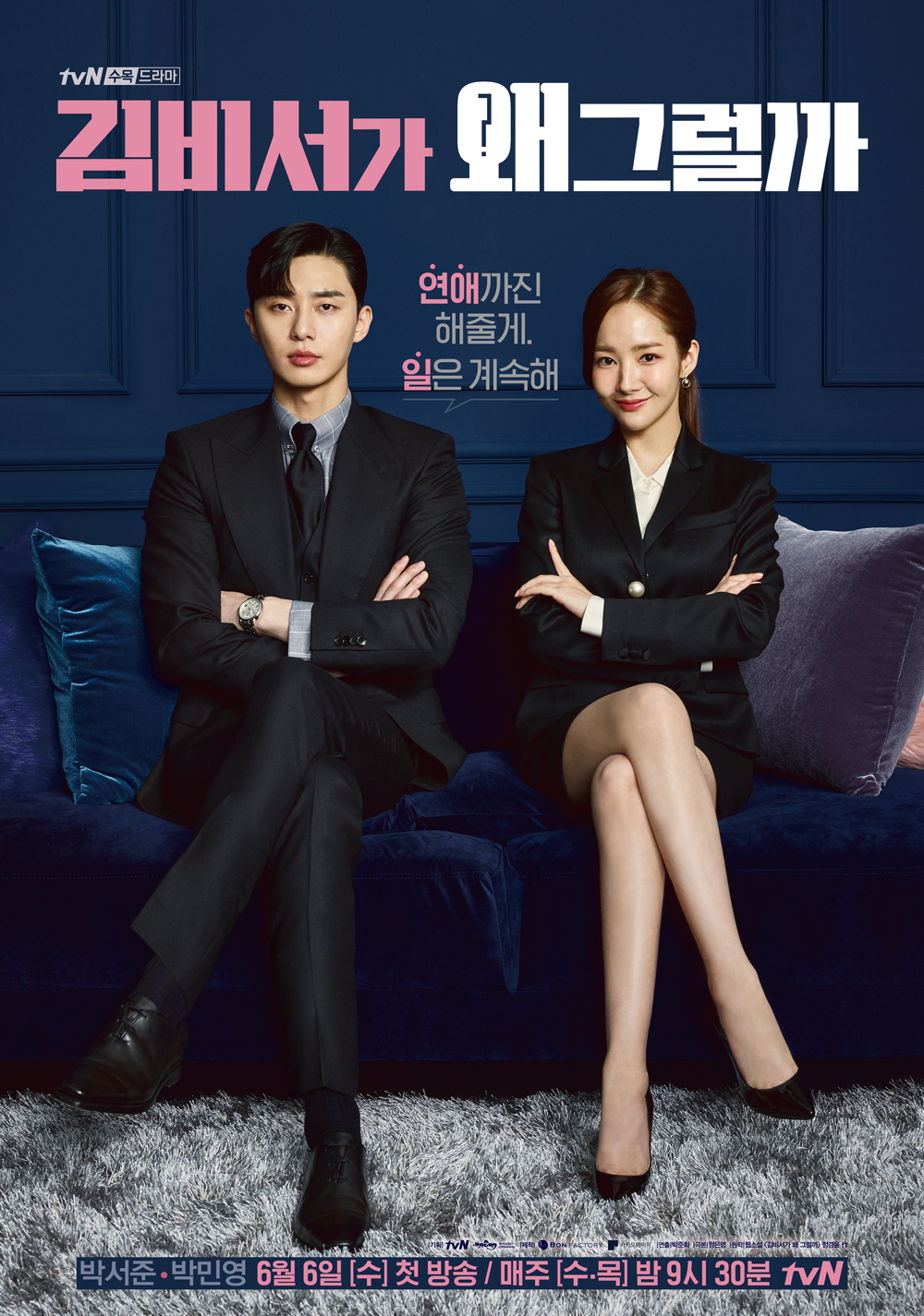 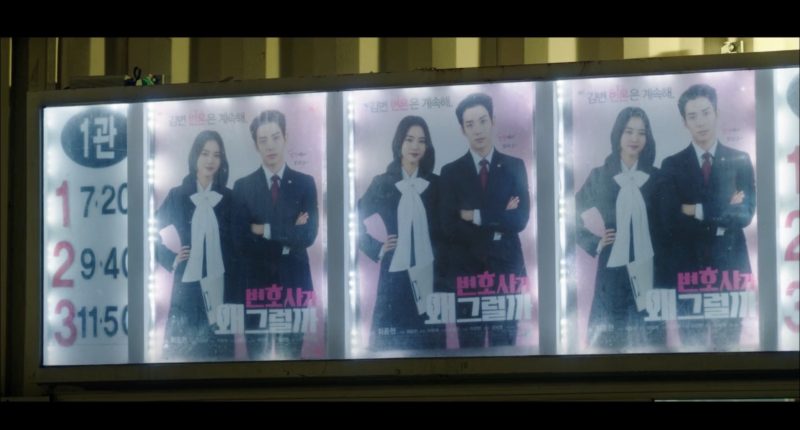 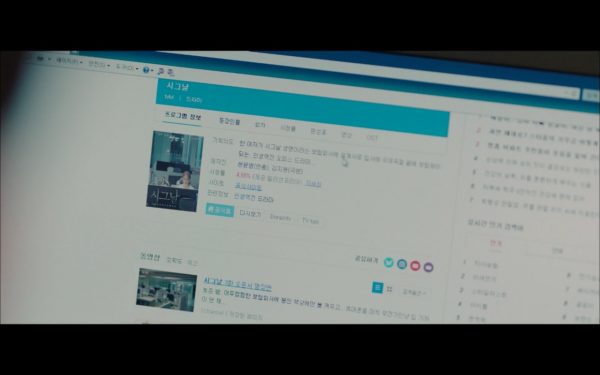 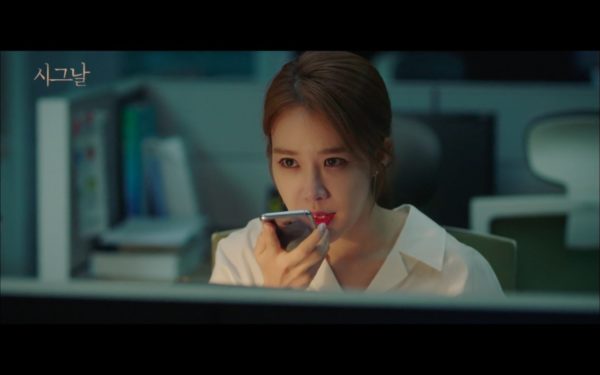 Yoon-seo reveals to Jung-rok in episode 9 that one of the most memorable dramas she’d worked on was one called ‘Signal’. Upon checking it out for himself, Jung-rok finds out that it’s “a life-changing office drama” about “a woman who takes a job as an insurance sales person at Signal Life Insurance company. After many twists and turns, she becomes the queen of insurance sales.” He later watches a clip of her character giving a pep talk to someone on the other line –supposedly a “Detective Lee Jae-han”– about his lack of health insurance, telling him that “the future can be changed”. This, of course, is an interesting reference to the highly acclaimed time-travel drama of the same name, which was also on tvN. 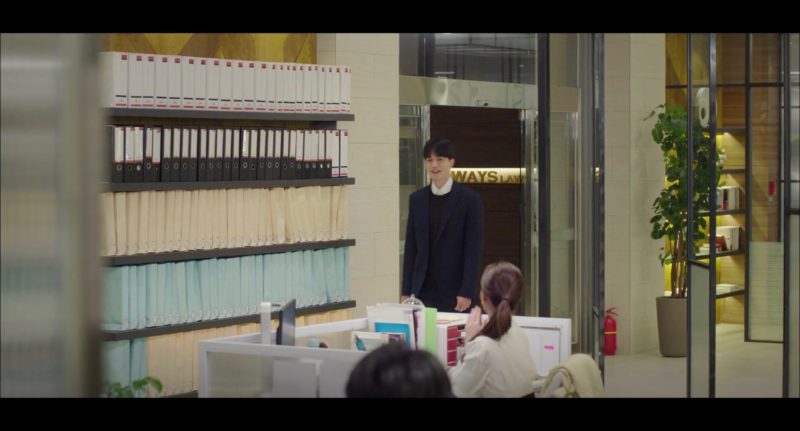 “Ahh, it’s a Star’s Lover,” Jung-rok is greeted by a colleague when arriving at his office the morning after Oh Jin-shim has openly admitted to them dating in episode 16. This is a reference to the drama Star’s Lover/Celebrity Sweetheart/Celebrity Lover (스타의 연인) (SBS, 2008), in which a similar love-story as Jung-rok and Oh Jin-shim’s is narrated: the one of poor university lecturer Kim Chul-soo (Yoo Ji-tae) and top star Lee Ma-ri (Choi Ji-woo). 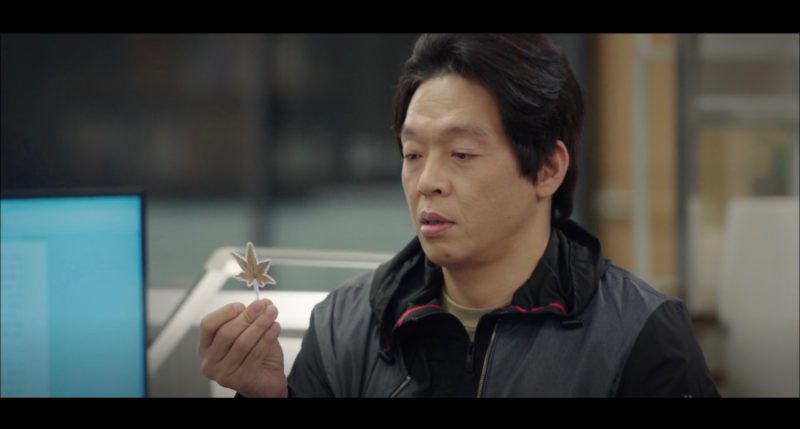 “There are things that are important to you, even if it seems trivial to others,” explains Lee Doo-seob (Park Ji-hwan) about his maple leaf bookmark in episode 14 and continues “When I was in elementary school, I went to my grandmother’s house. On my way, I picked up this leaf bookmark. If I lose this, I think it would be really hard for me to handle my sorrow.”

In Goblin, a maple leaf bookmark is even more important between Ji Eun-tak (Kim Go-eun) and Kim Shin (Gong Yoo). Eun-tak has picked up the leaf on their stay in Canada in episode 1 and explains Kim Shin that if you “catch a falling maple leaf, you’ll fall in love with the person you are walking with — just as catching a falling cherry blossom makes your first love come true.” She carefully laminates the leaf in episode 3 and gifts it to Kim Shin and it becomes his keepsake; contemplating it while being love-sick, for instance, in episode 4. 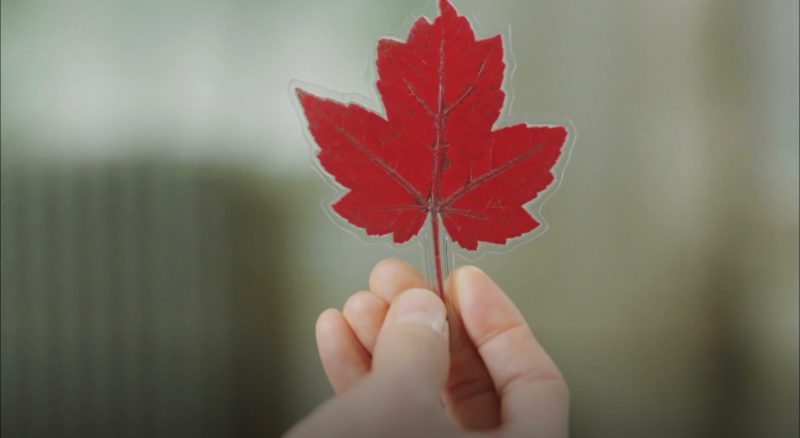 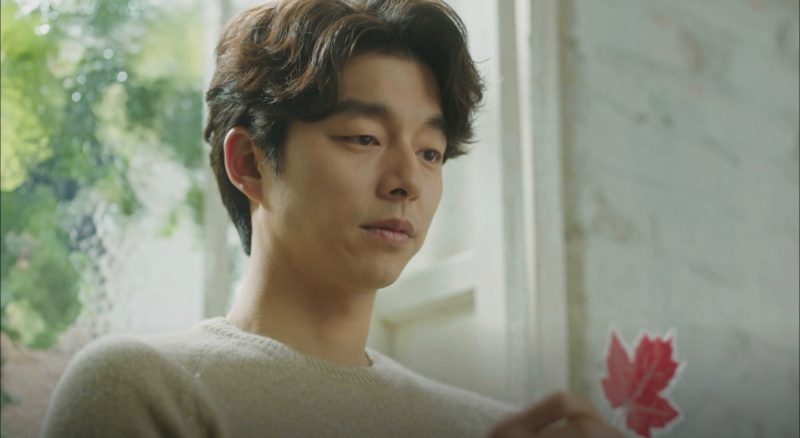 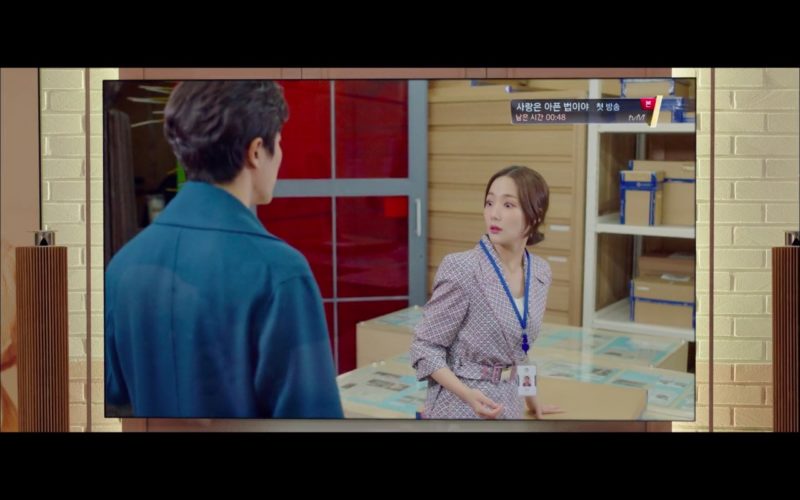 Snippets of the trailer for Her Private Life is shown before the start of Yoon-seo’s new drama in final episode 16. Her Private Life debuts in the same mid-week timeslot after the end of Touch Your Heart. 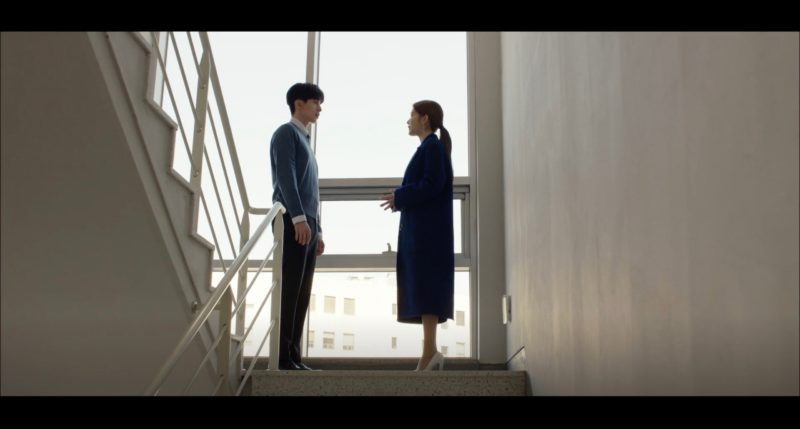 “When you look at dramas about in-office romances, they always meet in staircases like this. So I also wanted to try it once.” This is how Yoon-seo explains to Jung-rok as to why she wanted to meet him up in the staircase during work in episode 10.

In episode 11, Jung-rok brings Yoon-seo to Wolmi Theme Park [월미테마파크] to cheer her up. His inspiration came from the dramas Yoon–seo starred in as he explains: “From time to time, I looked up the dramas that you starred in, and the places that the male lead takes the sad heroine to make her feel better were the beach and the amusement park. So I was debating which place to bring you and thought that you might have twice the enjoyment if I brought you to this amusement park which is near the beach.”

The North-American movie Roman Holiday (1953) starring Gregory Peck as a reporter and Audrey Hepburn as Crown Princess Ann is Yoon-seo’s favorite movie as she states in episode 10. Jung-rok compares her to the main character, Princess Ann, in the same episode saying Jin-sim is just like her “how she ran away because she got tired of life in the palace and found happiness in life’s little things.” It is also the movie that Jin-sim proposes to watch together with Jung-rok. 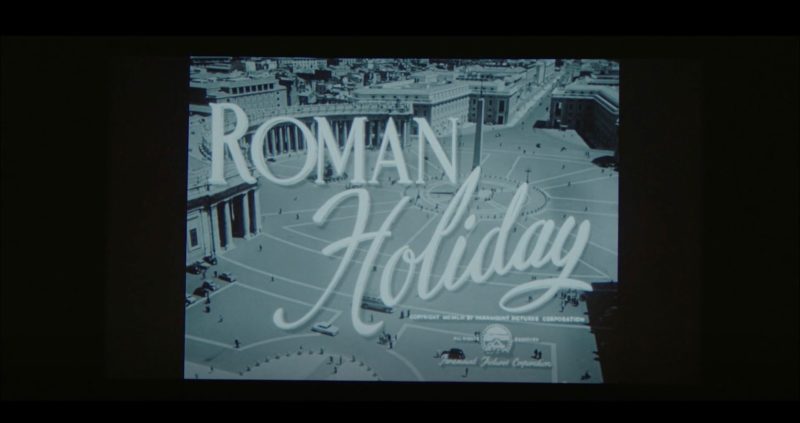 In episode 12, Jung-rok rents out a whole cinema to watch this film with Yoon-seo. [Spoiler] It also serves as a pretext to break up with her a little later. 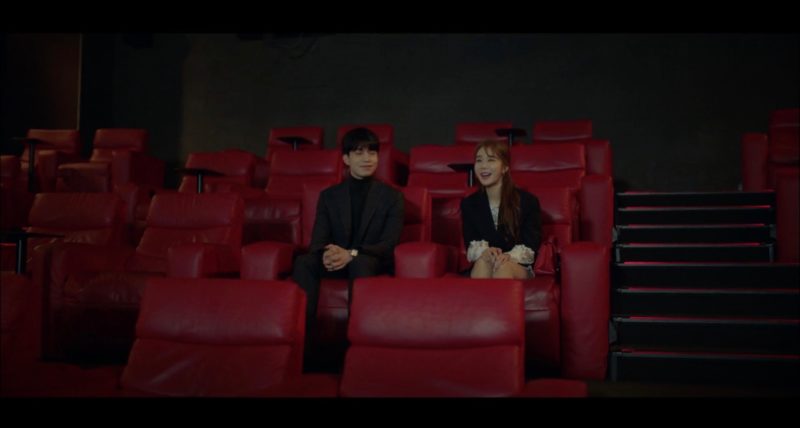 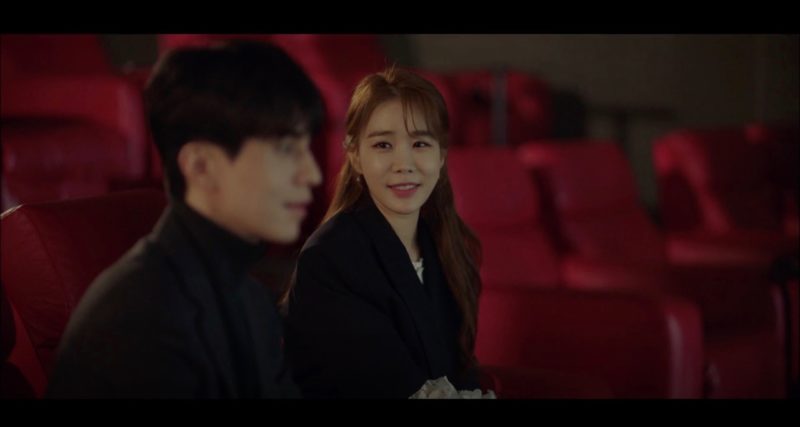 Find out about the meaning of forsythias in our Flower Language post!