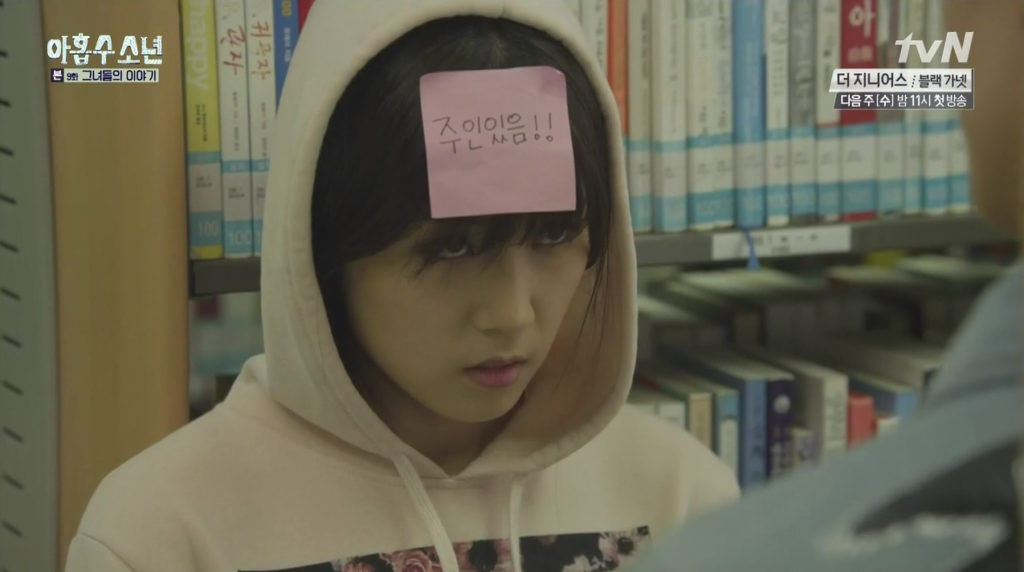 “Do you know how the Post-It was invented? The Post-It was a failed product while trying to make strong adhesive. It was a failure that became a hit. […] Keep jumping into things you think are failures so that you can turn failures into hits.”

“A failure can become a success” 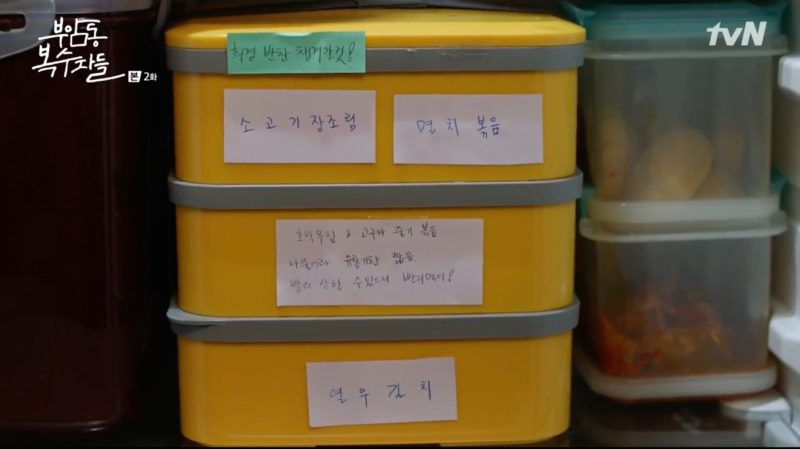 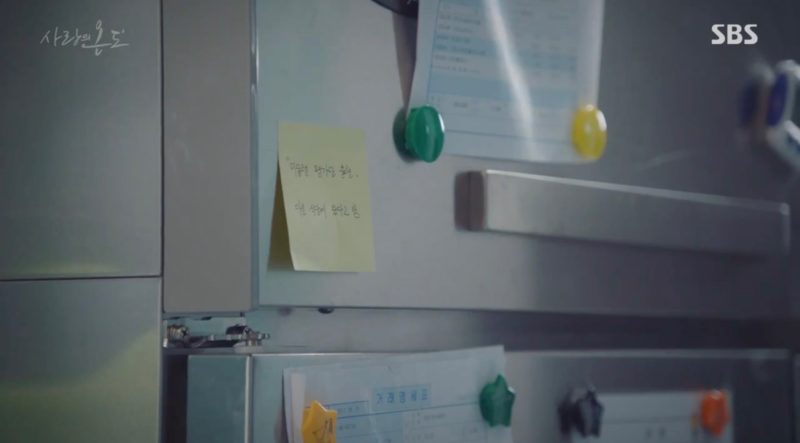 It not only serves as a personal reminder. It is foremost used as a very common way to communicate with each other. But it also helps to solve cases, to plot revenge, to label stored-away containers, to memorize things, to break up or for is used love proposals and they are also precious tokens to be kept.

And now Radio Romance (2018) has even managed to tease out a #lifelesson out of them.

All in all, if you are sick of your simple ‘reminder to self’ usage of post-its, here are some K-Dramaland inspired uses. 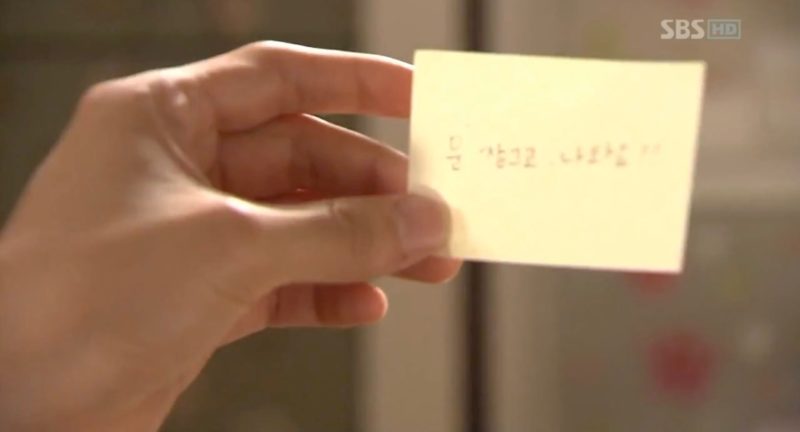 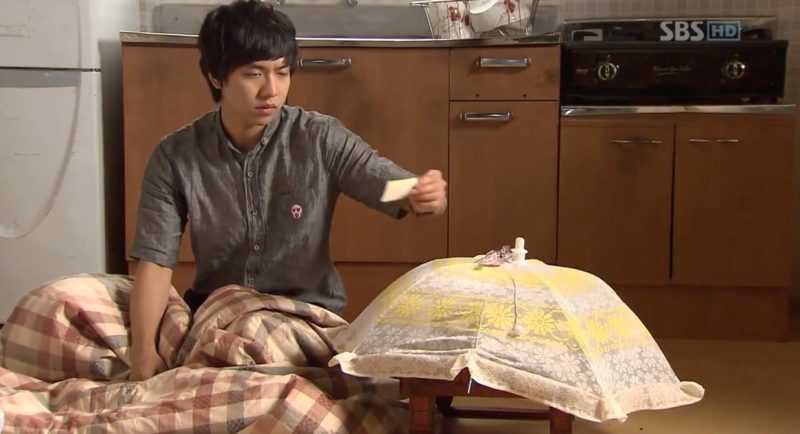 You have to leave your home early and want to leave a message for the person(s) still at home? Don’t send a text message or don’t use any other fancy technologies. Just leave a post-it behind.

As a couple you can sometimes even do without real communication. All you need is an abundance of post-its that you preferably stick on your fridge — a post-it custom already used nearly ten years ago in Brilliant Legacy (2009) (see how the form of the post-its has changed though?). 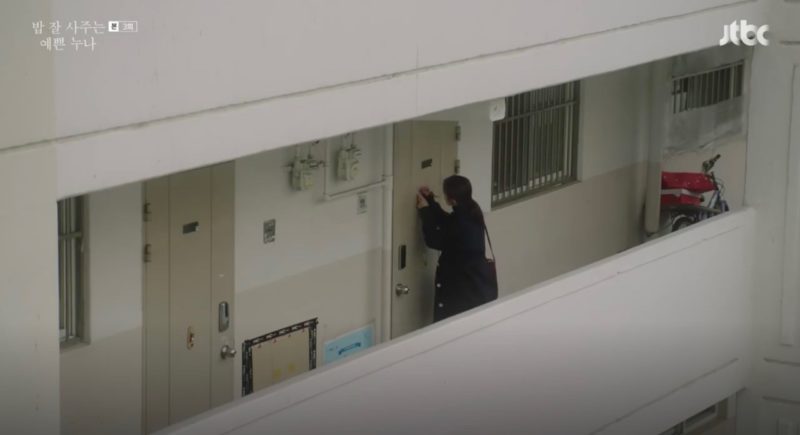 A costumer is out of reach? He doesn’t respond to calls? Go to their apartment and leave a post-it message on the door like Yoon Jin-A did in Something in the Rain (2018). Success guaranteed. 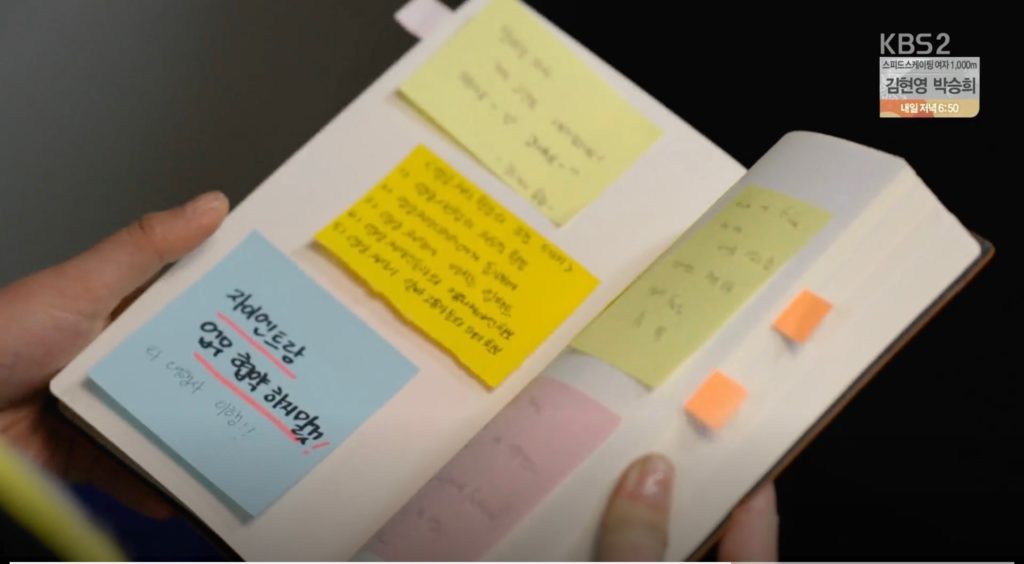 Love your notebook to pieces? So much that you cannot fathom the idea to even write into it? Do as Song Geu-Rim from Radio Romance (2018) and stick post-its with your thoughts into your notebook. Your notebook will forever stay untouched and new ;).

More seriously, I think this is a neat way for a writer to organize ideas. Because at any given time the post-its can be taken out of the notebook and reassembled either in the notebook itself or on a blackboard, a larger piece of paper or whatever surface helps to organize a writing process. 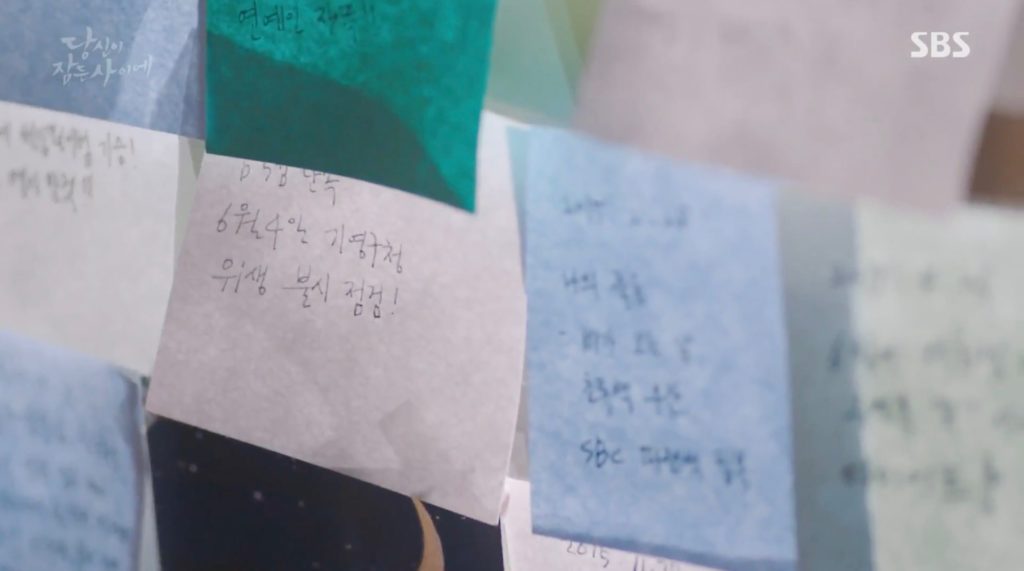 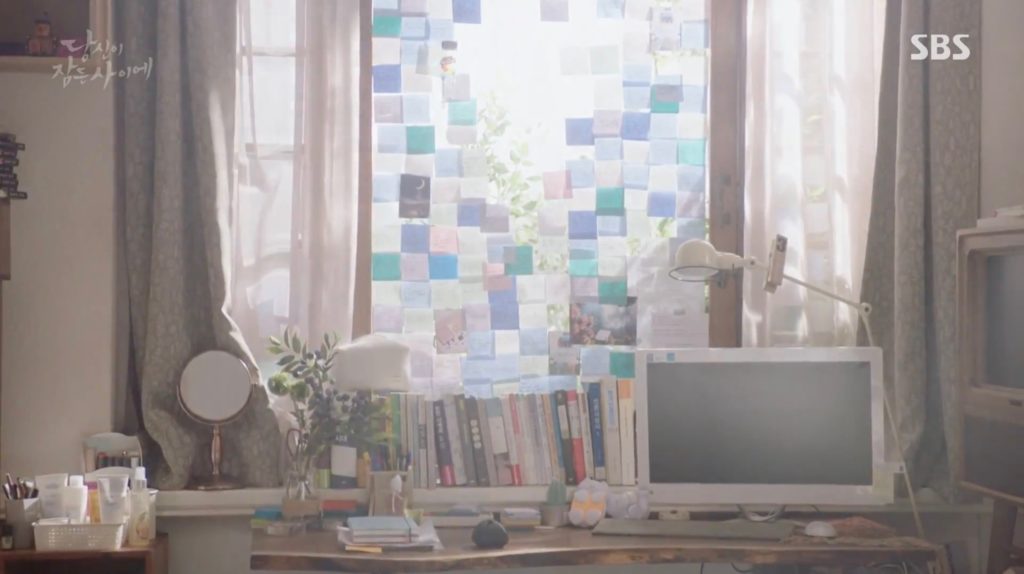 Nam Hong Joo in While You Were Sleeping (2017) uses a similar method. But instead of collecting all the post-its of her dream fragments in a notebook, she directly glues them on her room’s window. The side effects? I honestly can’t decide if I should defend the nice colored effect or critique how this technique underlines the cluttered look of her room. 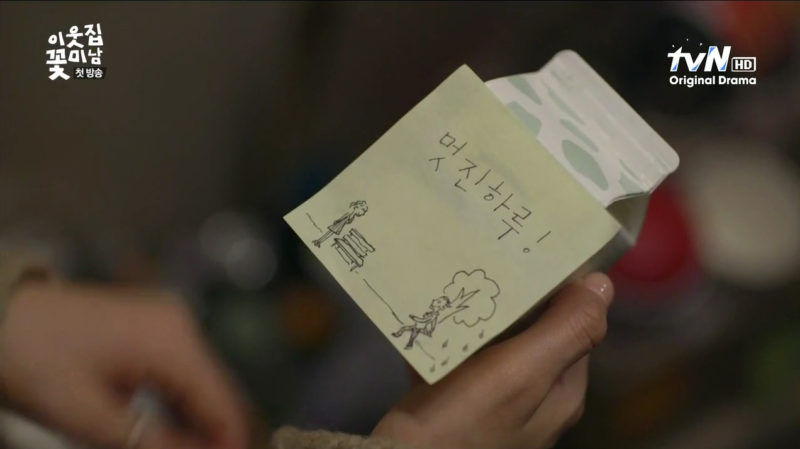 Oh Jin-Rok’s post-it usage in Flower Boy Next Door (2013) was definitely one of the cutest ways a boy has ever asked out a girl in K-Dramaland.

Every morning, without her knowing about it – Jin-Rok sticks a post-it with a drawing on a freshly delivered milk bottle that sits in front of Ko Dok-Mi’s apartment. Every morning, she will fetch the bottle and stick the post-it on an ever-growing post-it stack next to her door once back in her apartment. Flipping through the total stack of post-its, the drawings tell a story that leads up to the final post-it that is about asking her out.

I am not sure if this is a recommendable usage, but Se-hee’s ex-girlfriend broke up via post-it in Because This Is My First Life (2017). In fact, she gave him a book in which she had put a post-it saying that he should never love again. A book might be a nice way to break-up but a post-it in a book? 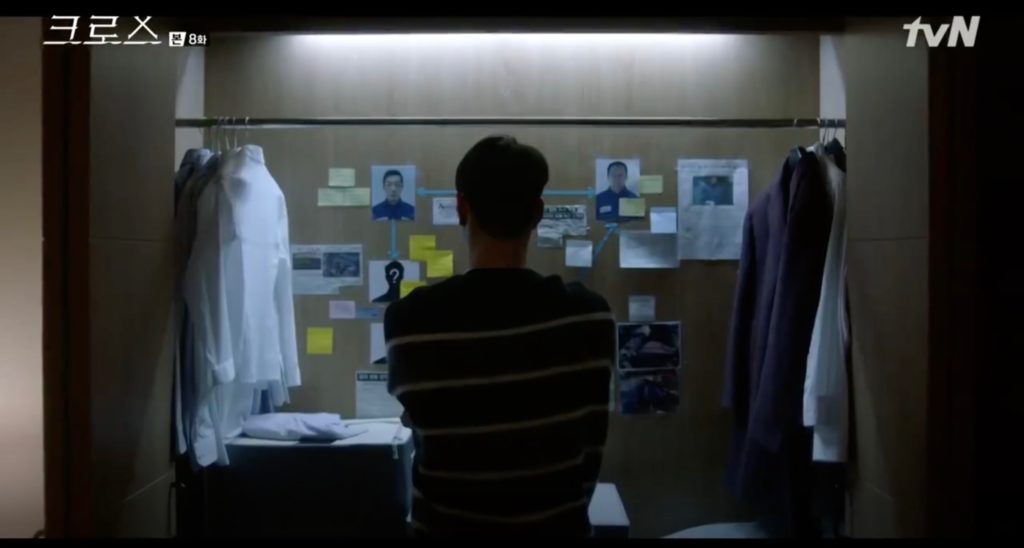 Probably not easy to translate from K-Dramaland to real life — unless you work as a private detective or harbor a revenge plan —, another proliferate use of post-its is to sketch out the network of people you are after; most preferable mixed with photos and snippets from news papers to make it a whole like Kang In-Kyu does here in Cross (2018). 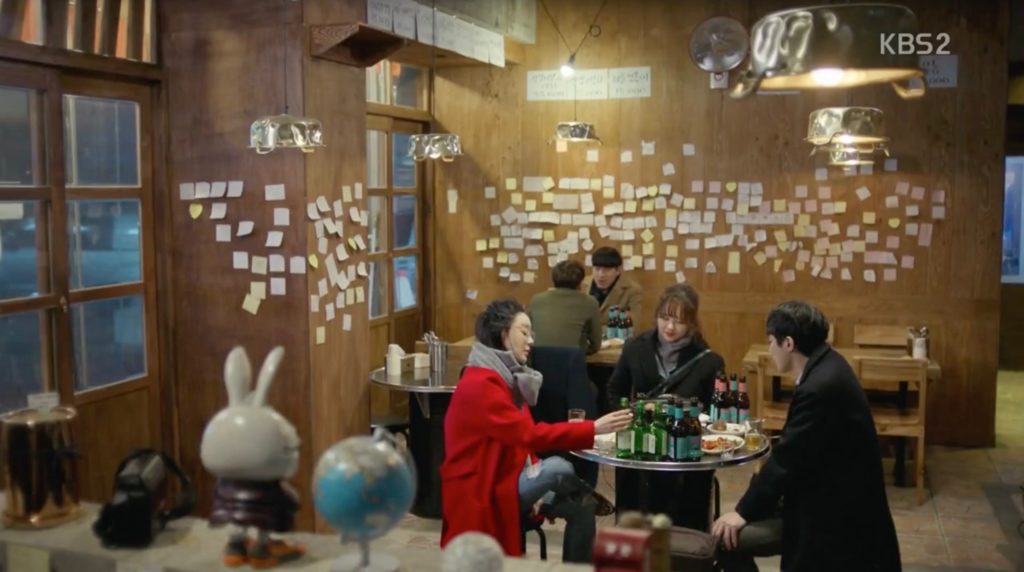 I guess this is the weirdest use of post-its I’ve seen until now: sticky notes as wall decoration. Not just a decoration of your personal space but this is a restaurant in Radio Romance (2018).
I love the lamps out of old ramyun pots, though.

Any K-Dramaland uses of post-it you’ve adopted in your everyday life? Who is the post-it queen/king in K-Dramaland for you?
Please send in a post-it 😉 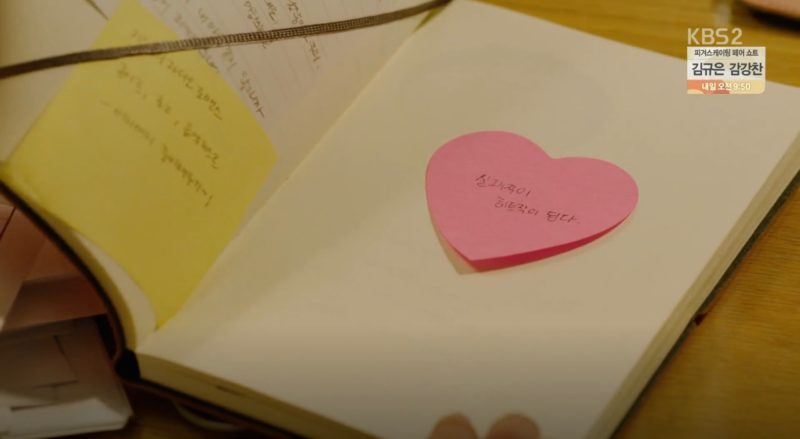