Disclaimer: This overview is © Koreandramaland.com and is NOT PERMITTED to be reproduced/reposted on other websites, whether in part or in full, without prior consent or permission from KDL. All screencaps belong to tvN.

After being stabbed in the back by the company she had so loyally served for years, search engine executive Bae Ta-mi decides to jump ship and join their rival. With cutthroat competition and dirty tricks abound, Ta-mi continues to stay afloat, thanks to the support of a strong team, and a worthy Tekken opponent who believes in her. We also follow the stories of fellow search engine superwomen, Cha Hyeon and Song Ga-gyeong, each with their own battles to fight and challenges to overcome: in life, love and work. — by Mich KDL

Search: WWW will certainly go down in K-Drama history as one (or even the one) game changer of gender representations in a South Korean television series. — by Marion KDL 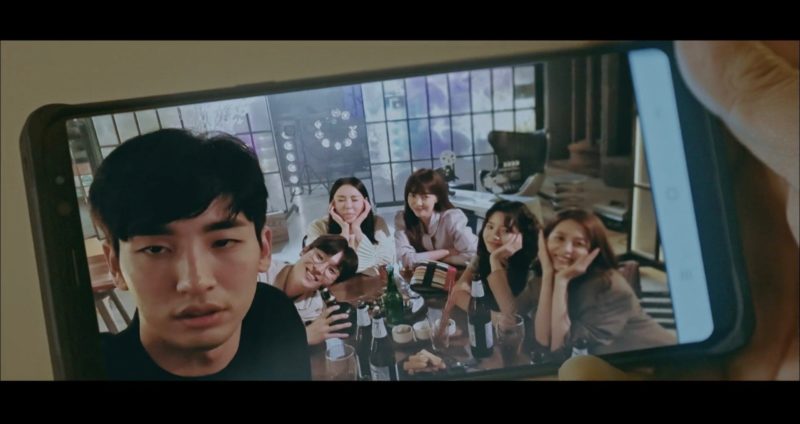 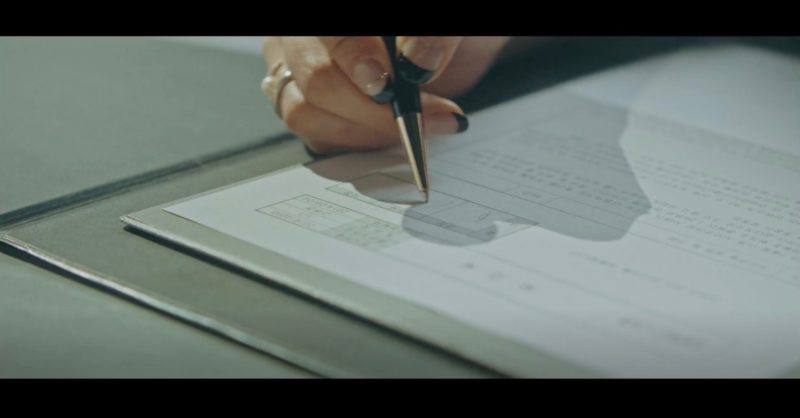 This drama is the debut of screenwriter KWON Eun-sol (권은솔). She honed her skills working as assistant writer under the well-known and award-winning K-Drama writer Kim Eun-sook (김은숙) for nearly a decade. She assisted her on Secret Garden (2010), A Gentleman’s Dignity (2012), The Heirs (2013), Descendants of the Sun (2016), Goblin: The Lonely and Great God (2016–2017) and Mr. Sunshine (2018). Like Kim, Kwon also stayed with her agent Hwa&Dam Pictures [화앤담픽쳐스], a subsidiary of Studio Dragon, for her first drama.

In her debut, Kwon centers the story around a couple of self-confident and head-strong working women in their 30s and 40s (with a love-life!), which contrasts very much with the societal and gender portrayals of her mentor. There is also a focus on the trio’s relationship with each other, both professional and personal; and as Search: WWW actress Jeon Hye-jin shared in an interview, “It seems like there hasn’t been a drama series so far that has captured the special relationship of women so realistically.”

Search:WWW is co-directed by Jung Ji-hyun (정지현) and Kwon Young-il (권영일). While Jung has already served as a director on shows like Mister Sunshine (2018), this is Kwon’s first foray as a director; he had previously co-directed Suits (2018) with Kim Jin-woo (김진우). 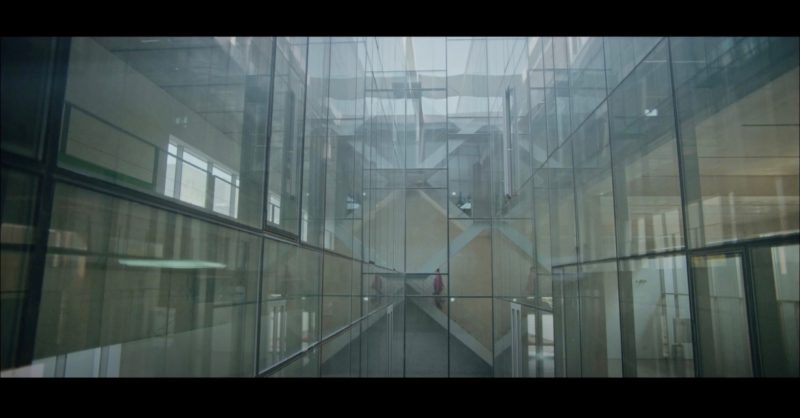 You might agree that the two directors created a fascinating world of its own with Search: WWW. Mich KDL shares some of her insights in this article how they did so.

Search: WWW features a number of familiar staples; but what we’ve been most impressed by are the many new locations featured in the series. From an old school arcade and a flower cafe, to a park with a phone-booth library, and a fancy 2-storey ‘coffee factory’ — the discovery of each new location has kept us in a state of wonder. This is also one of the few dramas in which multiple locations were pieced together (in different cities, no less!) to give us an illusion of seamlessness that they were filmed in just one place. — Mich KDL

It is safe to say that if you want to get the Search: WWW locations feels not so far away from Seoul, your destinations should be Incheon, Seongnam and Paju. — Marion KDL

Search Search: WWW/Type in Search Word: WWW (검색어를 입력하세요: WWW) (tvN, 2019) on KDL for a visual look of all locations. 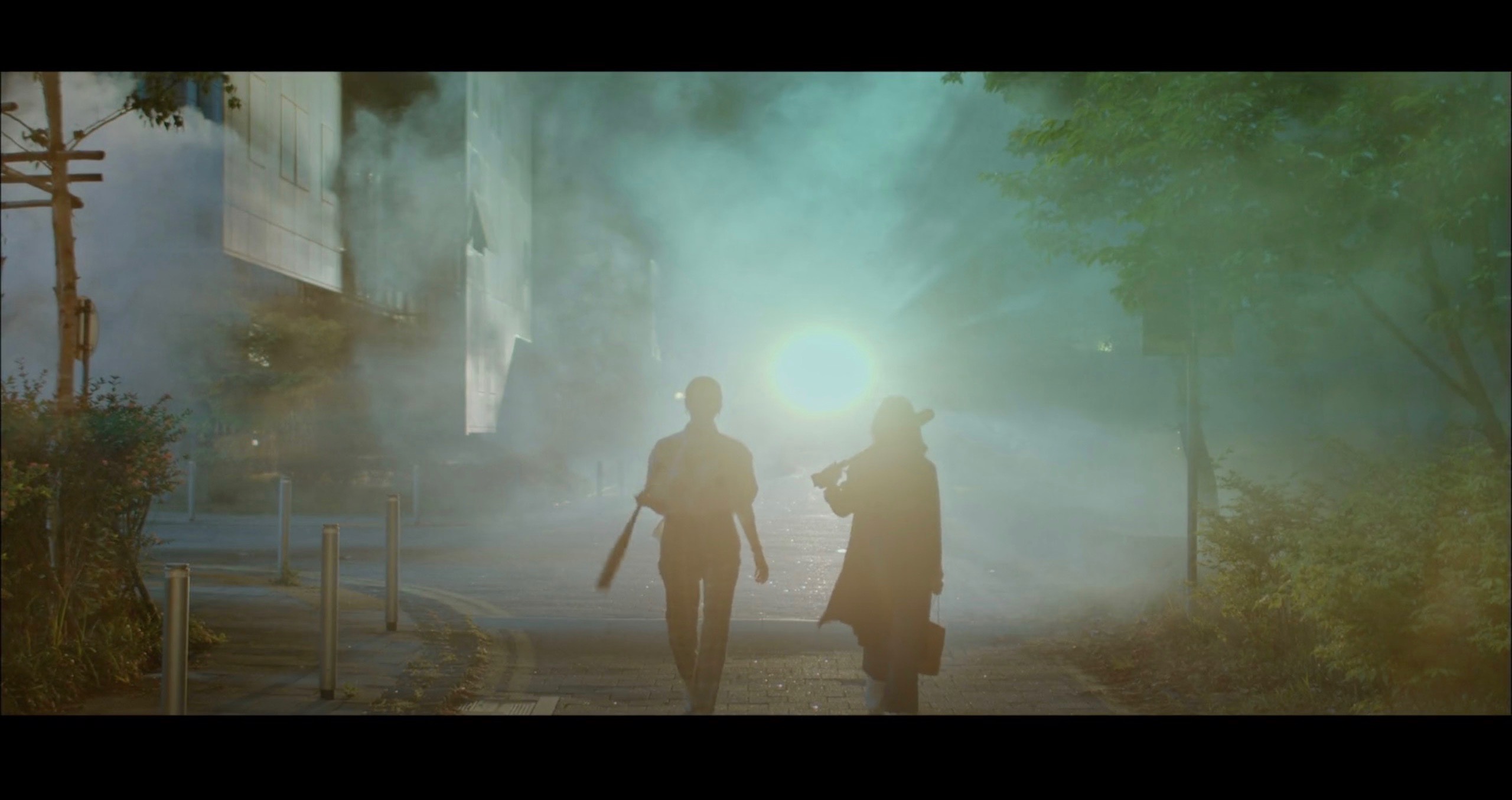 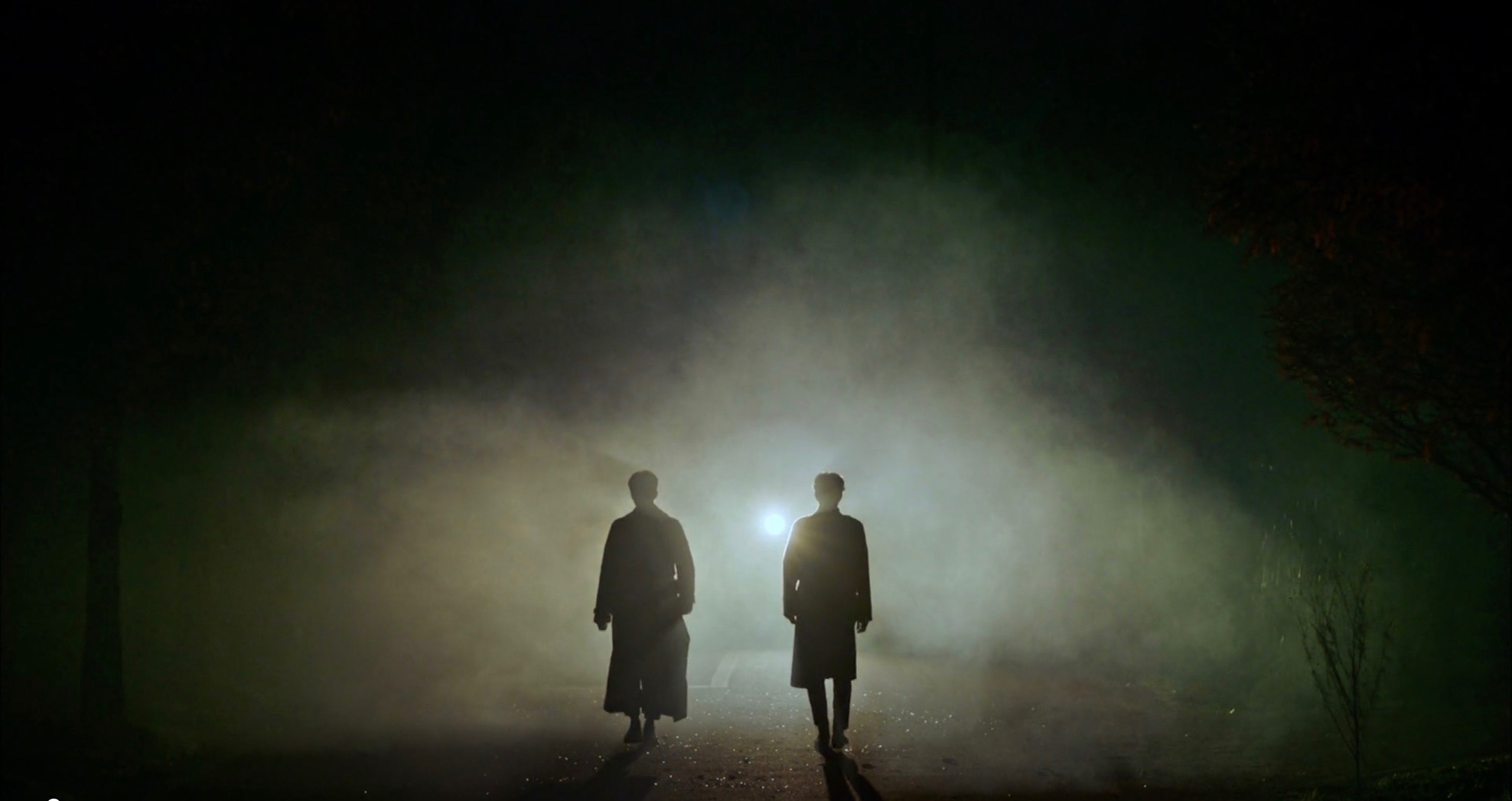 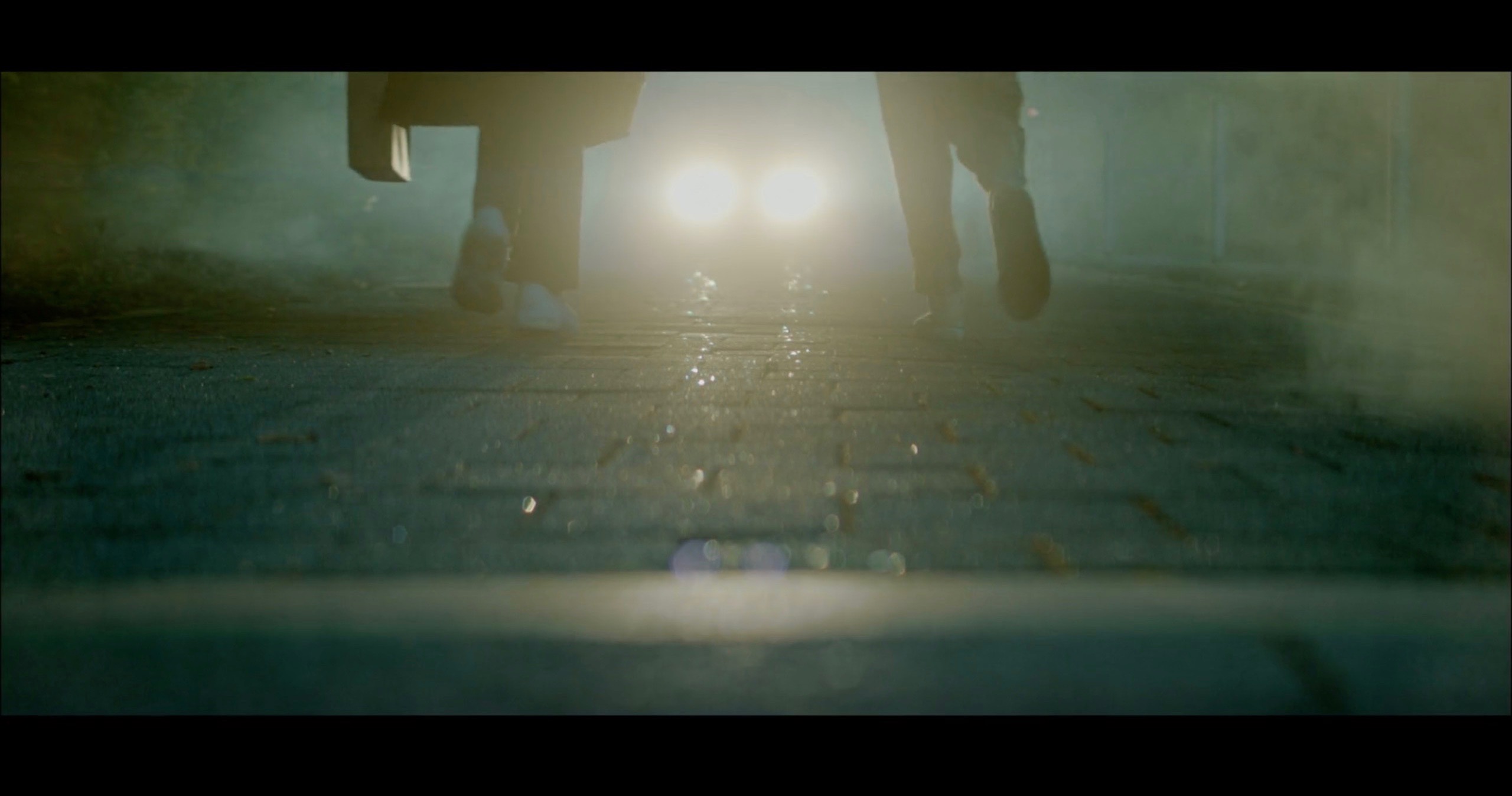 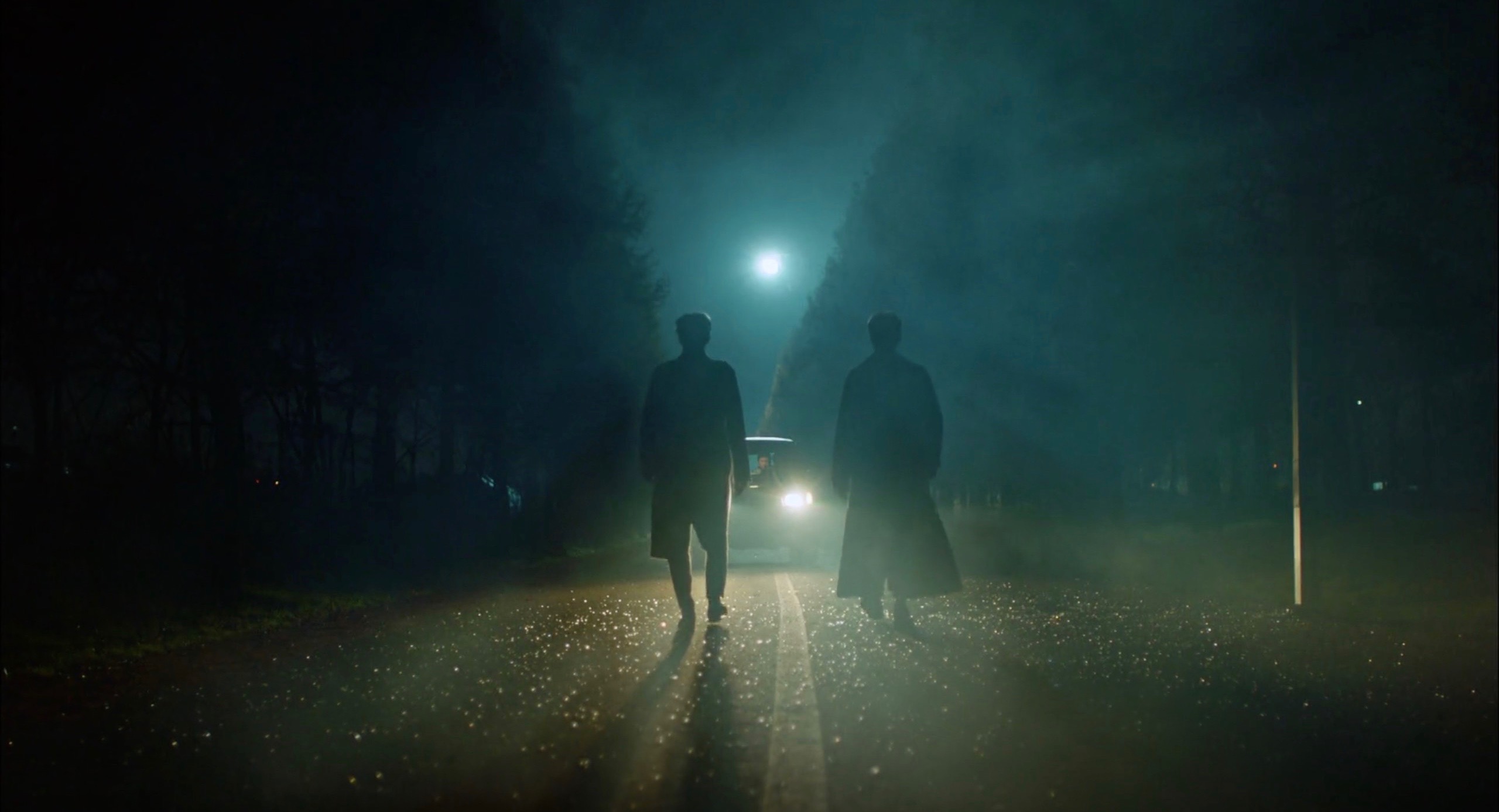 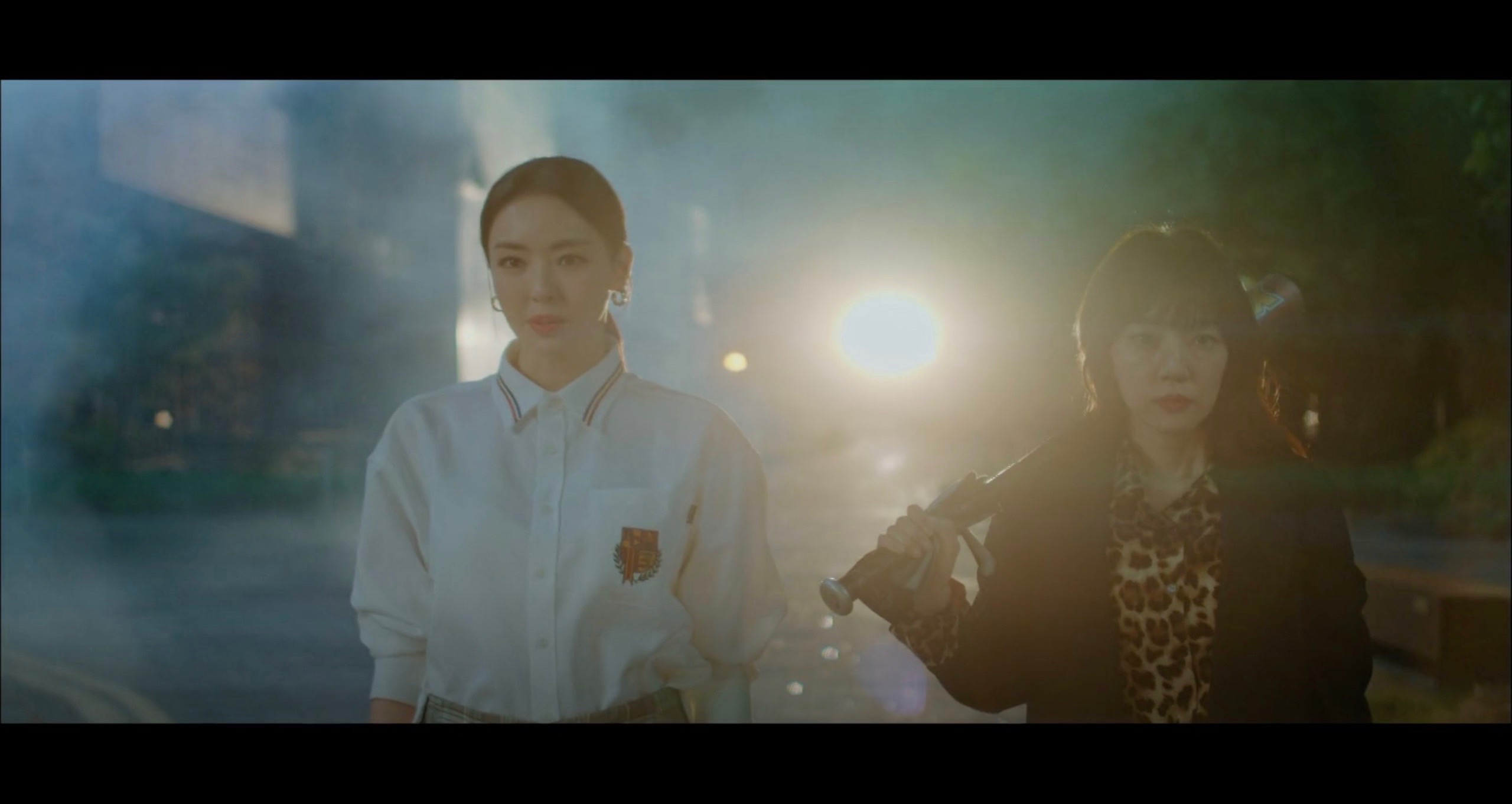 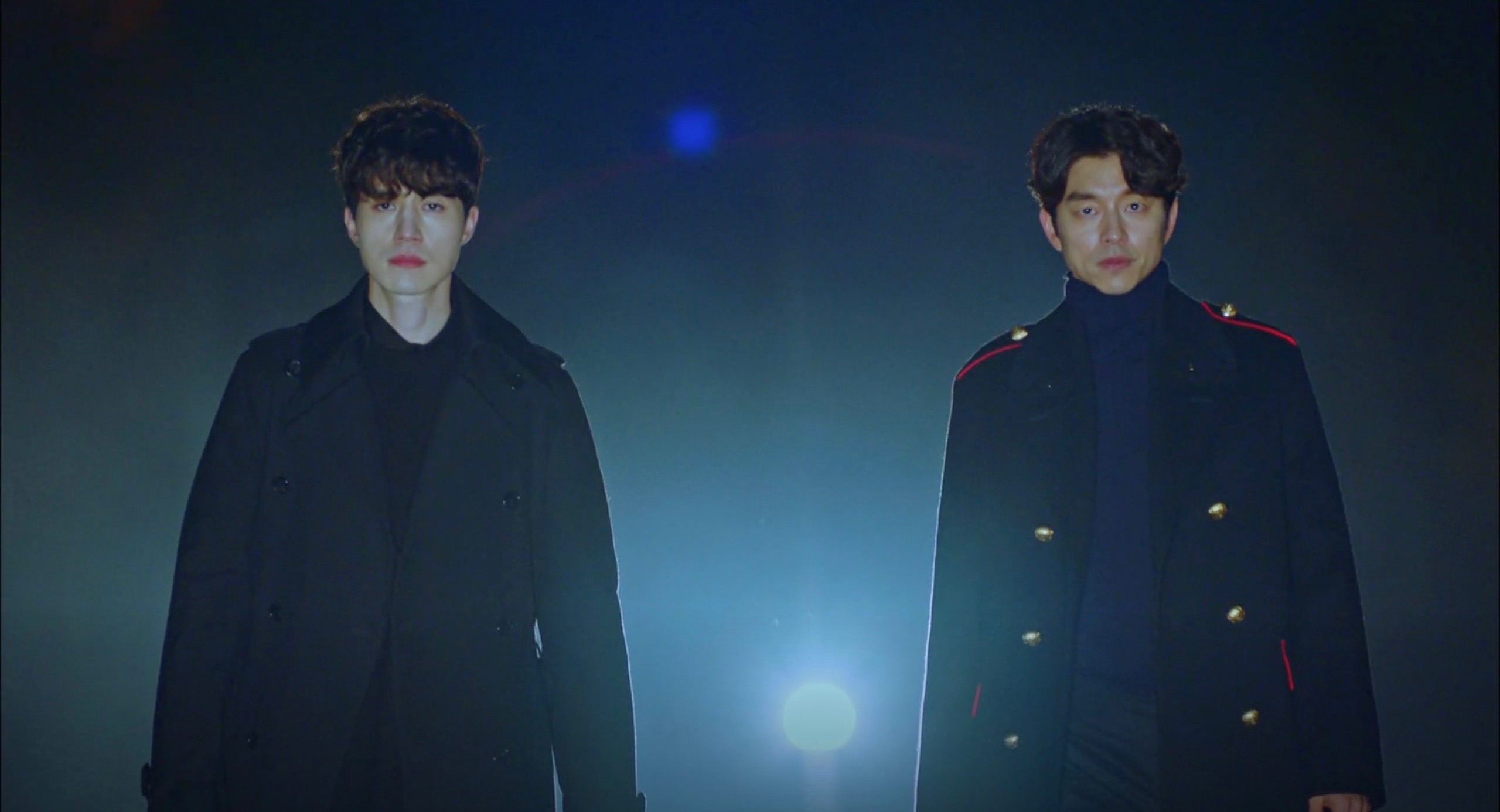 If you found this scene familiar, you’re most likely not imagining things: the retribution scene in episode 5 is the human and female version of the scene featuring Goblin‘s divine men, who set out to save damsel-in-distress Eun-tak in episode 3.

The choice of Deungmyeong Beach [등명해변] as a filming spot in episode 7 is mostly likely a nod to Kim Eun-sook’s dramas Legend of the Blue Sea (2016-17) and Goblin (2016-17), which were also filmed there. 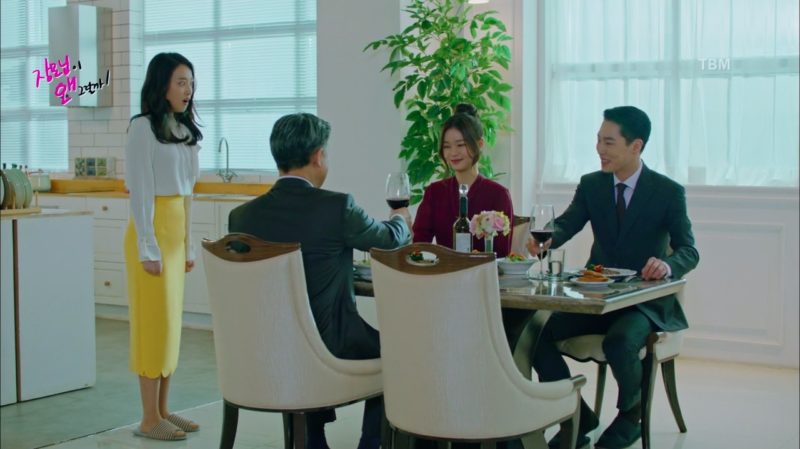 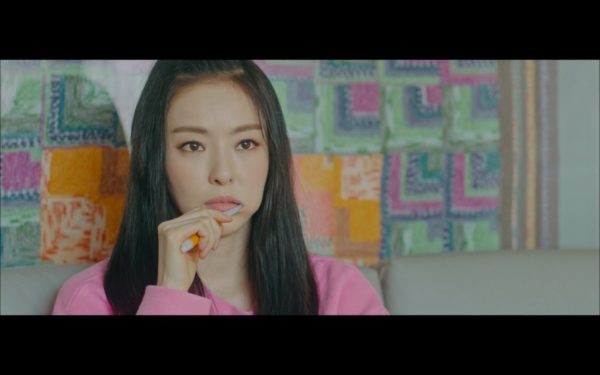 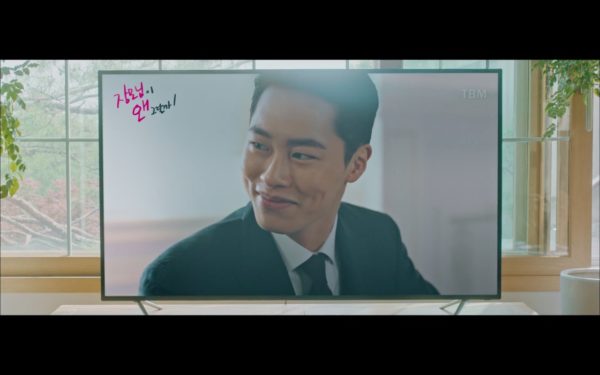 The daytime drama that Scarlett/Cha Hyeon watches on ‘TBM’s drama channel’ is called What’s Wrong With My Mother-In-Law (장모님이 왜그럴까!) — which serves as an interesting meta as a drama that is aired and filmed within a drama (and its title certainly being a nod to tvN’s Why Secretary Kim)! Such dramas, known as makjang, have over-exaggerated, mega-dramatized plots that play on the emotions of their viewers — as we’ve seen with Scarlett. 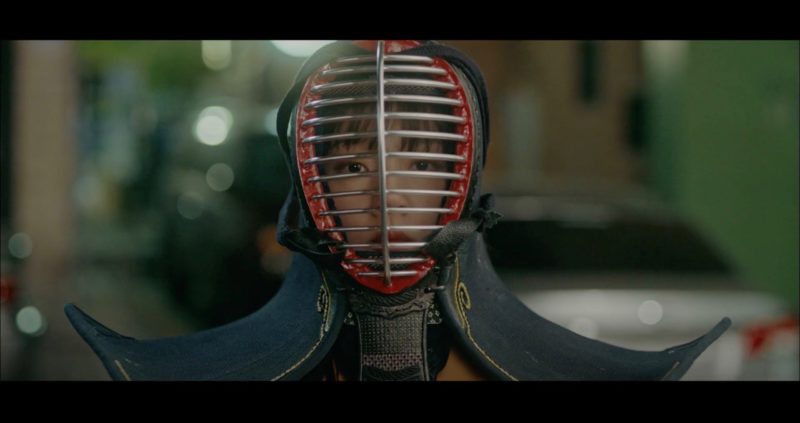 When Ta-mi and Cha Hyun head to August Hill [어거스트 힐] in order to find out how they can win over one of Unicon’s artists to Barro, Ta-mi looks desperately for a disguise. Cha Hyun has several different headpieces for choice in her trunk — all related to her sports. 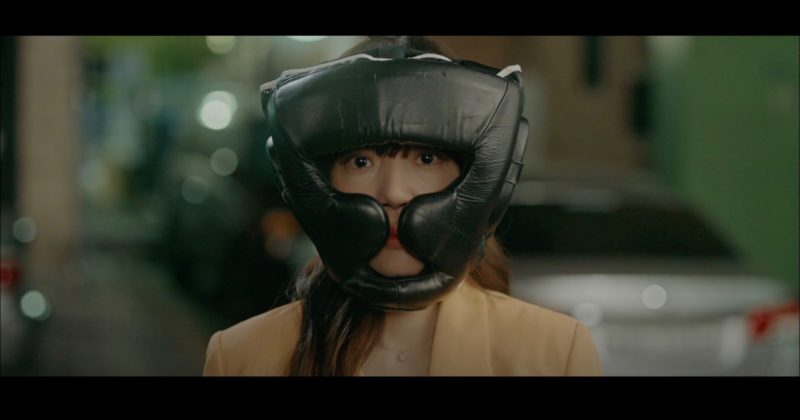 When trying all of them on, Ta-mi feels like “The King of Masks,” as she says, referring to the 1996 Chinese film that centers around a street performer of Bian Lian (变脸). Bian Lian, literally translated from Mandarin as ‘changing faces’, is an artistic performance most commonly seen in Chinese operas in which the actors are seen changing multiple, colorful masks swiftly and effortlessly against fast-paced music. This ancient art form is a closely guarded secret, and traditionally only males were allowed to learn the techniques, though this has changed in modern times. 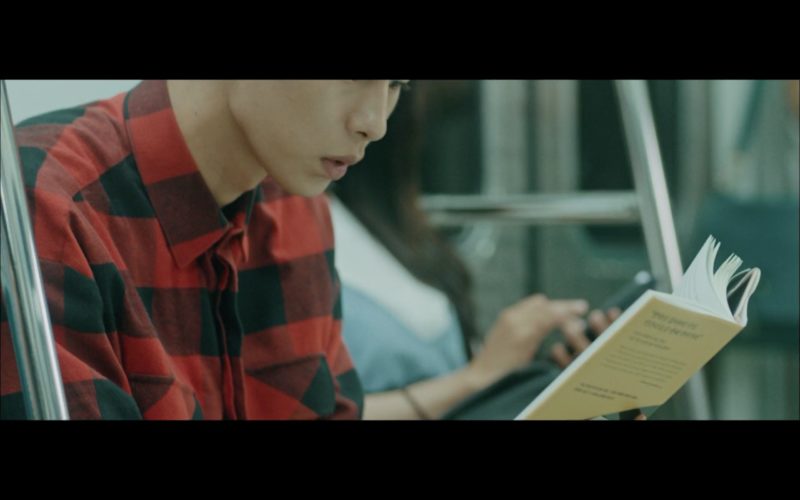 The book that Seol Ji-hwan (Lee Jae-wook) reads on a train is a science book by renowned German researcher in neurobiology Gerald Hüther; now emeritus at the Max-Planck-Institute, Germany. His research centers around the influence of anxiety and stress on the early development of the brain. Roughly translated from German by “Dignity: what makes us strong – as individuals and as a society”, the book focuses around the theme of living a life of dignity (“Würde” in German). It was published in 2018 in German and translated a year later into Korean.

Apart from this interesting reading tip, I liked the fact how the book (and its cover) was not put into the center of the scene but the book as medium for text and reading; juxtaposed with lines of smart phones.
–Marion KDL 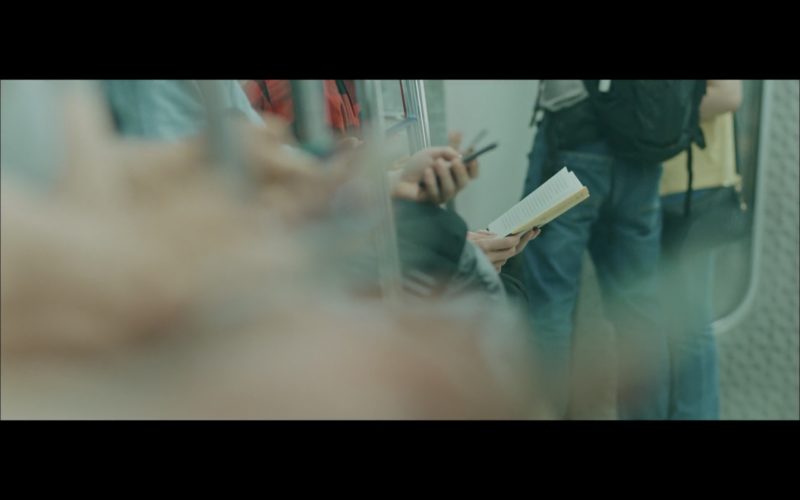 What is the whole aquarium metaphor about?

“Don’t worry, there’s always other fish in the sea.” — This is something you might have heard if you’ve ever gone through a break-up, as an assurance that there are other people out there in the world that you could possibly cross paths with. On the flipside, ‘having someone in your aquarium’ could instead — whether jokingly or otherwise — refer to how they are merely an option in the waters of love. Ta-mi and Mo-gun constantly referred to this metaphor in the early days of their budding relationship, as she resisted having him in her life and consciousness. Finally, in episode 7, Ta-mi tells Mo-gun that she’s “going to keep [him] in [her] aquarium from now on” — a sign that he’d finally swum his way into her heart. 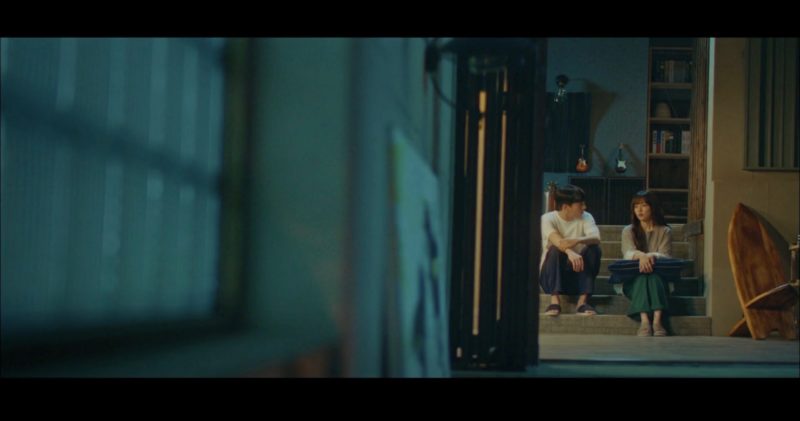 “You were a problem child? Like a iljin gang member?” Mo-gun asks Tae-mi when talking with her at his house, in episode 5; and again in episode 14 — both times in a joking manner, of course.

Mo-gun refers here to a South Korean slang term, iljin, that means ‘top rankers’. This term describes a denomination of middle or high school students who bully other students, through actions that range from  (but not be limited to) money extortion to violence. While K-Dramaland bullies can be rather dramatized (or be rich and good looking, like the F4 in Boys Over Flowers), this sadly, is also part of South Korea’s societal reality.

In episode 6, we see that Barro’s in the midst of publishing new emoticons, with one depicting a cute rabbit pouring sauce on tangsuyuk — a very popular Korean dish which consists of deep-fried meat (pork of beef), and a sweet and sour sauce. This sparks a heated discussion between the pourers and the dippers within the Barro team, and provides Scarlett with the inspiration needed to make an impact on the world wide web. 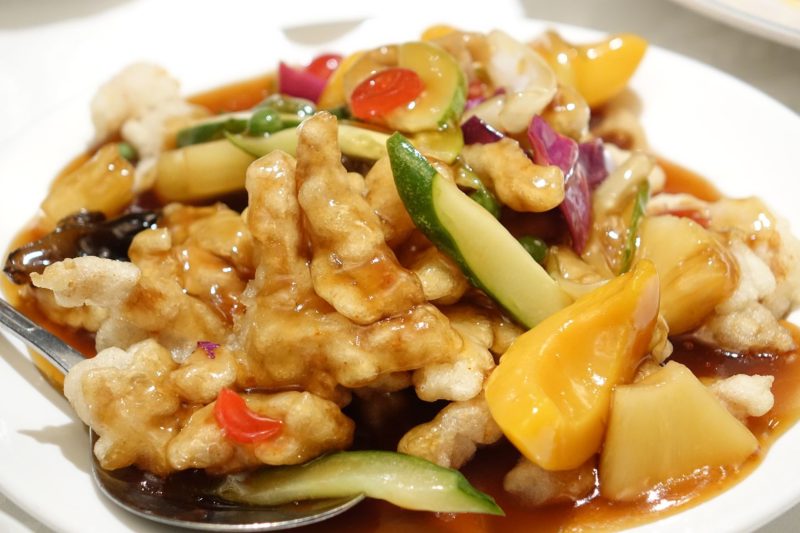 Regardless of which camp you’re in, you can customize your very own tangsuyuk dish by making it at home. Give this recipe a try!

Park (박) –occasionally romanized as ‘Bak’ or ‘Pak’; written in Mandarin as ‘朴’ (magnolia tree)– is the third most common surname in Korea. In the South Korean kinship system, groups of people that share the same surname are often divided into clans or lineages, also known as bon-gwan (본관). Each clan has a founding myth in terms of ancestry that explains from which person the different clans derive; in the case of Park, it is Hyeokgeose (혁거세), the first king and founding monarch of Silla,  whose full name was Bak [Park, Pak] Hyeokgeose. According to the 2015 population census, 70–80% of the people with the Park surname belong to the Miryang Park clan.

Until 1997, it was prohibited by law that people of the same clan could marry and start a family. Though Ta-mi and Mo-gun share different last names, it still didn’t hurt for her to ask, even if out of curiosity. 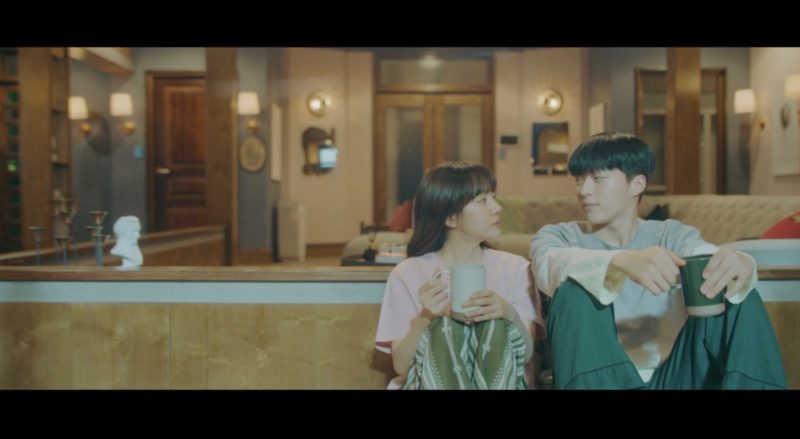