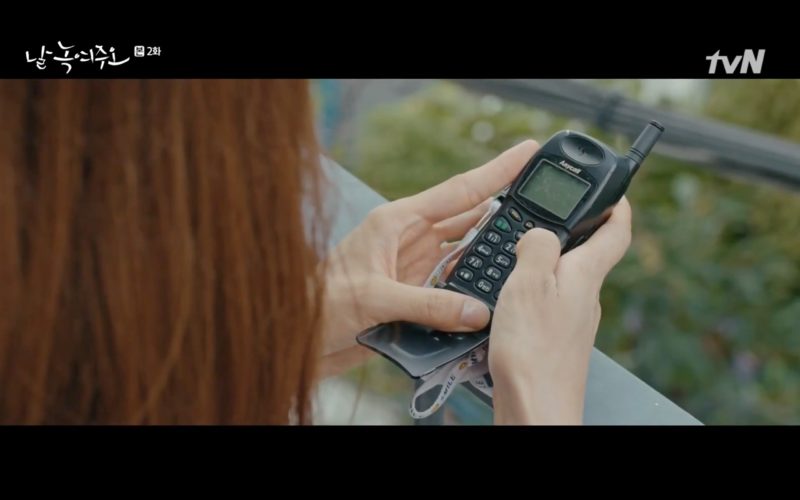 Welcome to a throw-back Saturday Summary!

Oldies (but goldies! nevertheless) and not so much current favorites were in the center of the past month here at KDL. If you follow us along regularly, you might know that I like to dig up older dramas from time to time and add their locations to our collection.

Thanks to Chelle, Edwin (Welcome!) and Thom we still had our good share of listings of contemporary dramas added to KDL during this past month. There is even more to come. So be sure to look out for new listings of Moment of Eighteen/Moments of 18/At Eighteen, Be Melodramatic/Melo Suits Me and Hotel Del Luna in the next weeks.
— Marion KDL 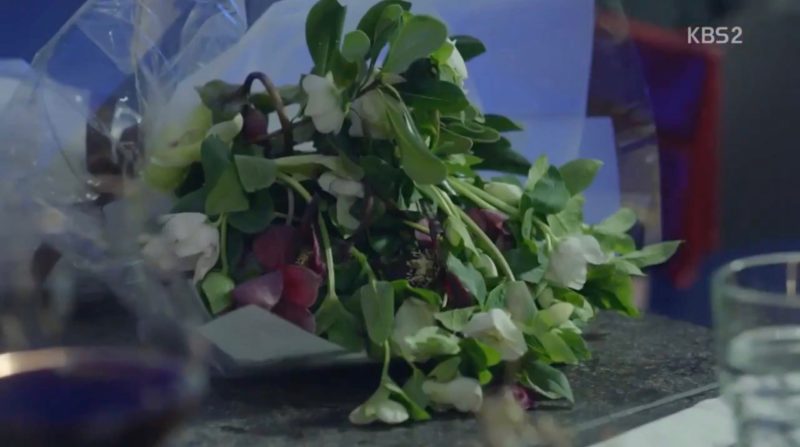 L.C. Lou shared a new flower meaning with us; the one of the Christmas Rose.

Lee Bo-Young and before that Gong Hyo-jin lived in this rose-studded house. Quite some strong women glamour united in these two K-Dramaland apartment houses! 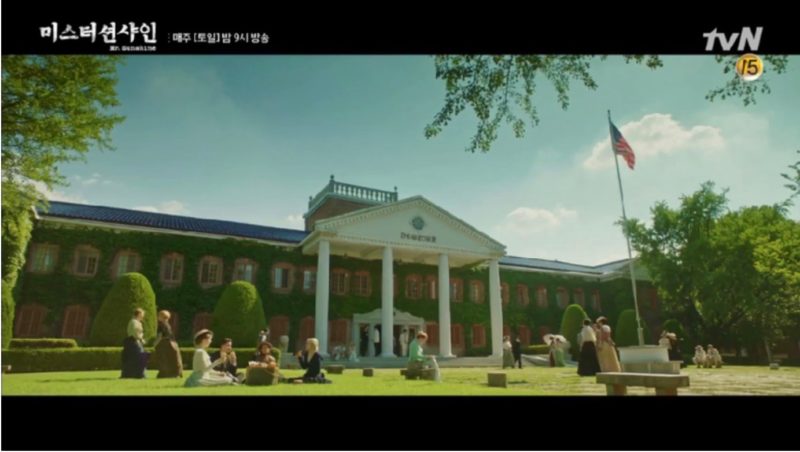 One of the staple university shines again in this year’s K-Dramaland. Previously, we had both campuses of Keimyung University under one listing. Now they are split up in the Daemyung Campus [계명대학교 대명캠퍼스] and Seongseo Campus [계명대학교 성서캠퍼스].

Finally, a first 2019 appearance –at least to our knowledge– of a staple café:

… and a much cuter situation at Moonee …

… and the following (quite heart-tearing) moment a little bit later in the show at Jun-woo’s house:

SPOTLIGHT ON AN AREA: BON-DONG 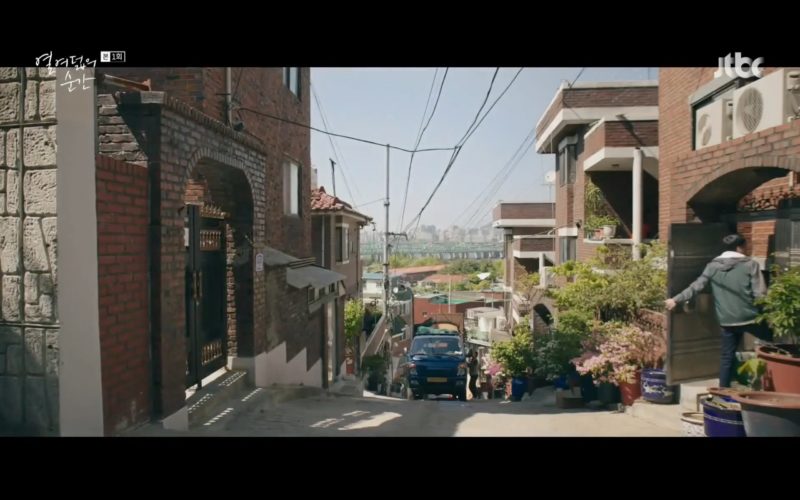 Bon-dong, or Bon-dong [본동/本洞], is one of Seoul’s residential neighborhoods. What makes this neighborhood quite curious is that in Seoul’s fast-paced gentrification and re-development modus, this neighborhood doesn’t seem to budge — at least if K-Dramaland is to be believed.

Bon-dong was already a decade ago a neighborhood in which Jan-di found an affordable rooftop apartment for herself and her brother with a great view on the Han River and its Railway Bridge [한강철교]; such a bargain that Jun-pyo moved in next door right away.

Still 2019 –with another small K-Dramaland momentum in 2016-17–, it is a neighborhood that is moved to for affordable rooftop apartments with unobstructed views on Hangang; as done in recent dramas Secret Boutique and Moment of Eighteen. 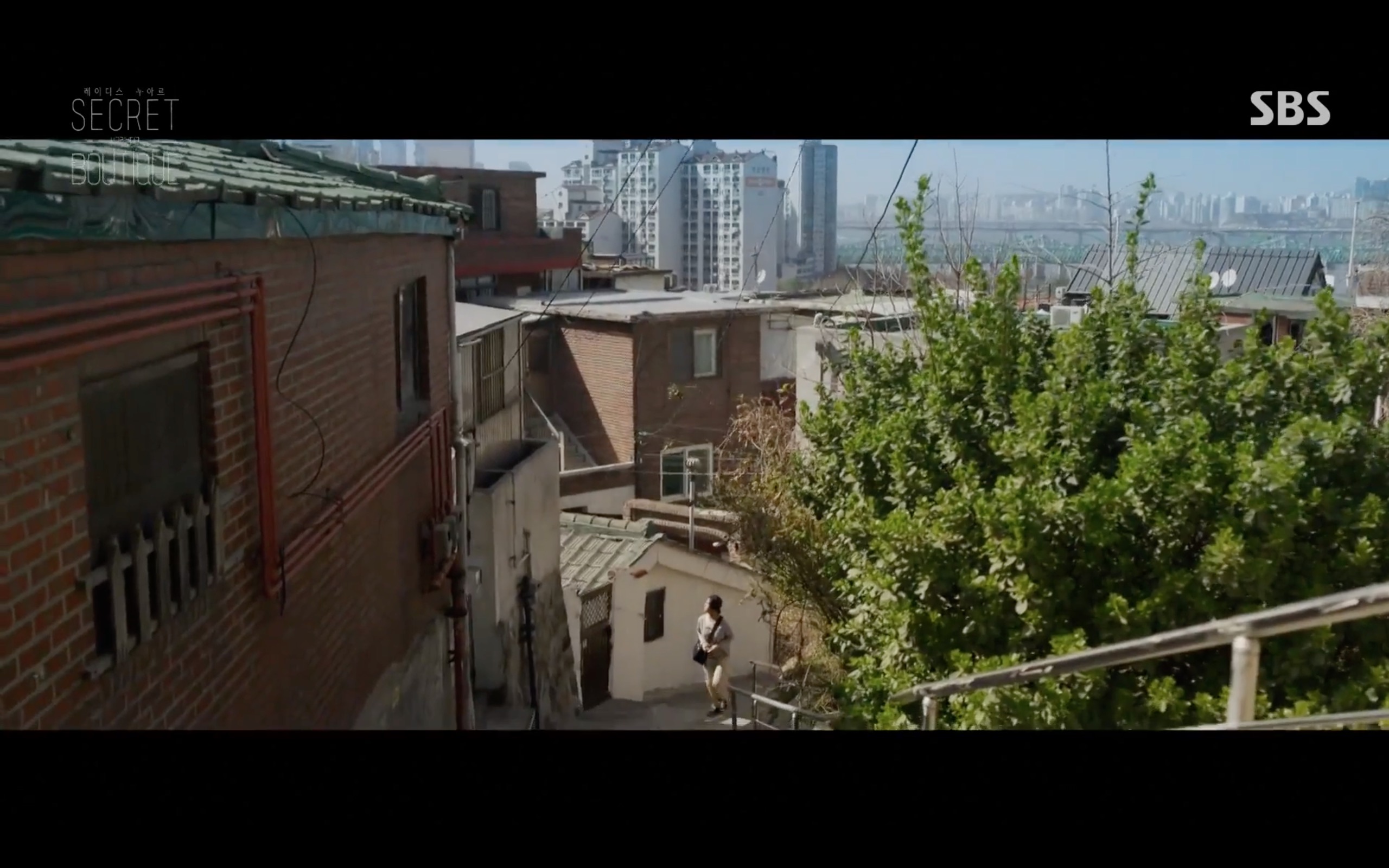 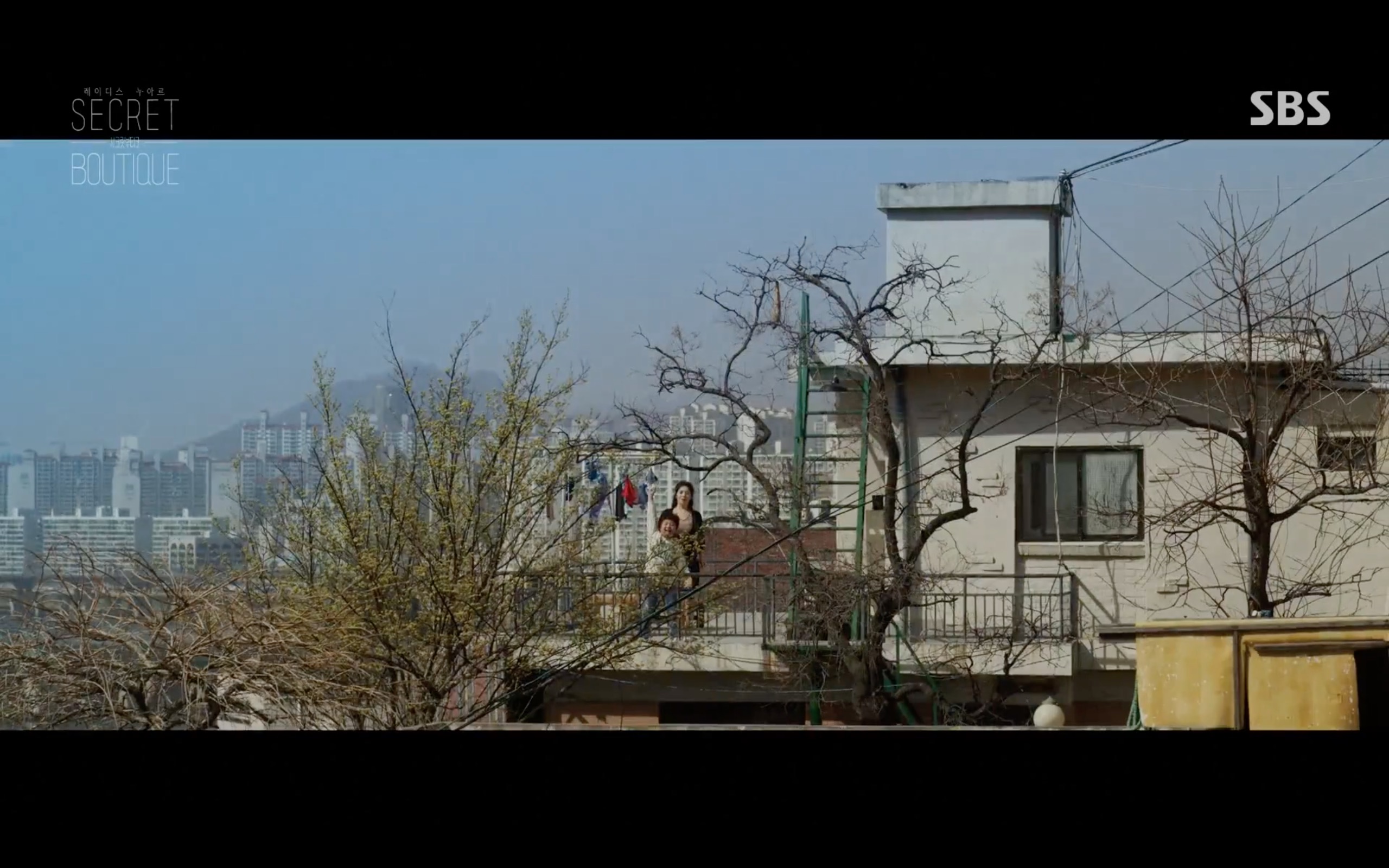 The neighborhood of Bon is located in the eastern part of the Dongjak District; neighboring Heukseok [Heukseok-dong/흑석동] in the east, Noryangjin [Noryangjin-dong/노량진동] in the west, Songdo [Sangdo-dong/상도동] in the south, and Olympic Boulevard and the Han River in the north.

Its orgins are traced back to a village in the Joseon times that went by the name ‘Won Village [원마을]’. Only in 1980 it was incorporated into the Dongjak District. Before that it was part of Yeongdeungpo-gu (from 1943 onward) and afterwards, in 1973, it was added to the Gwanak District. 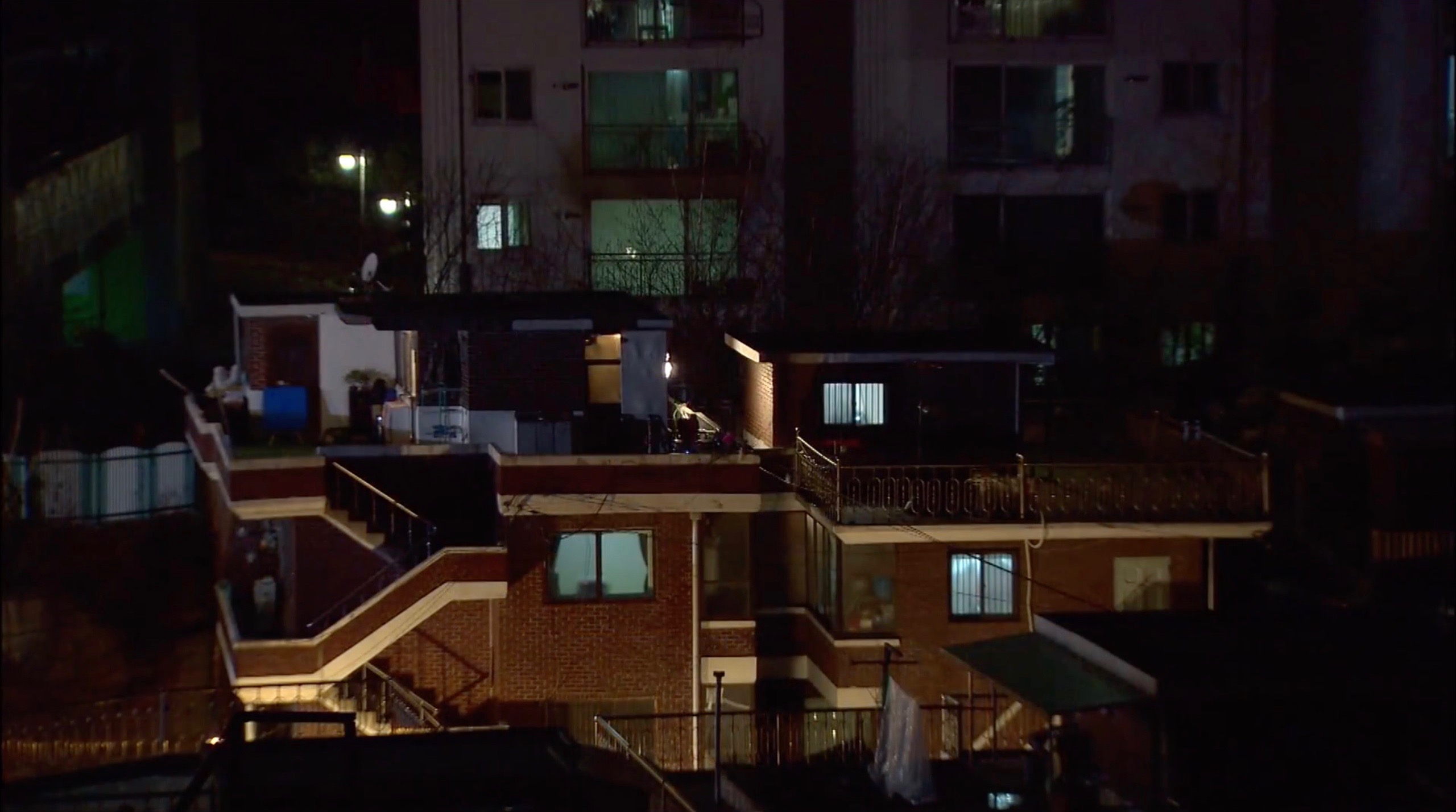 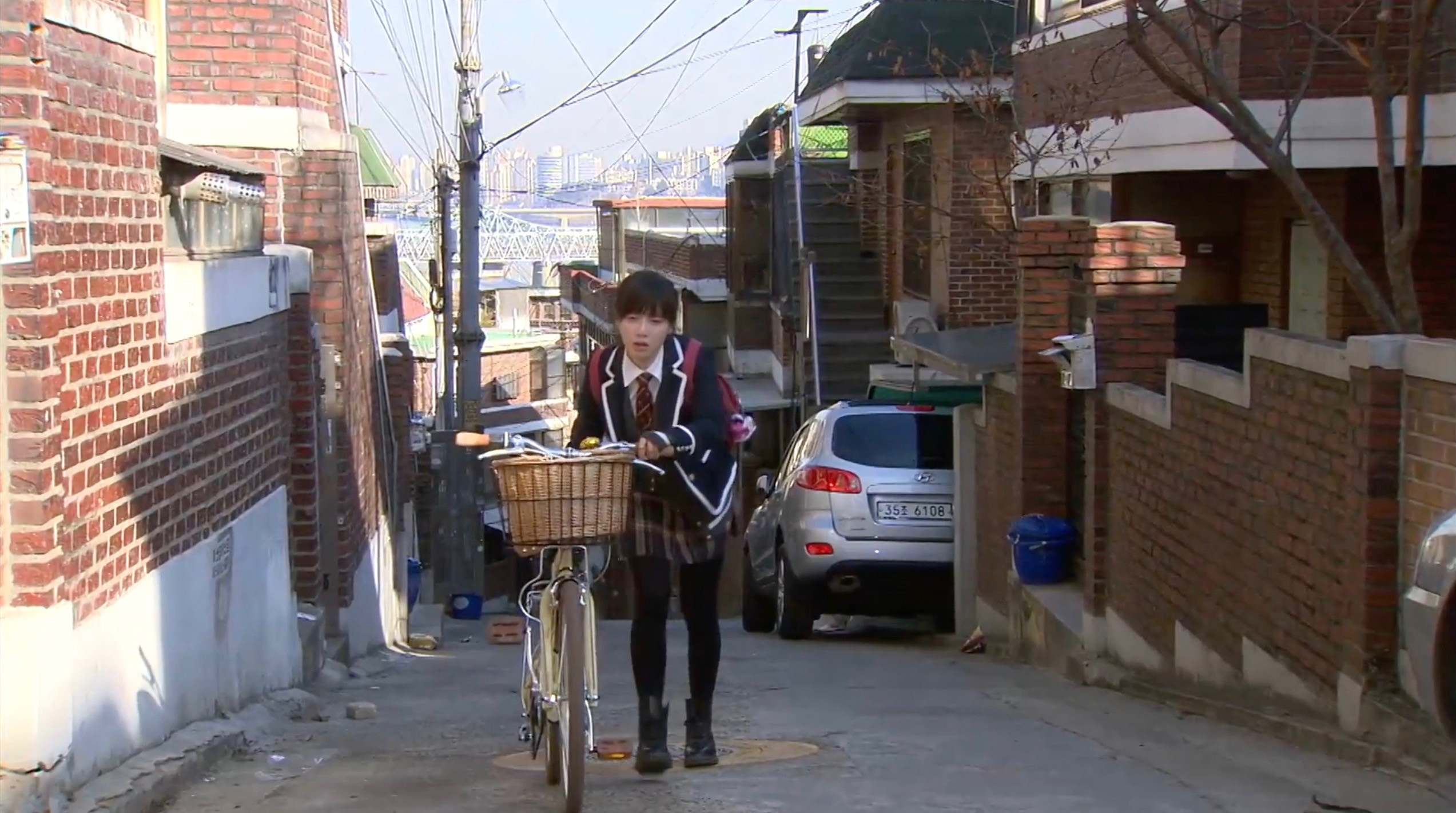 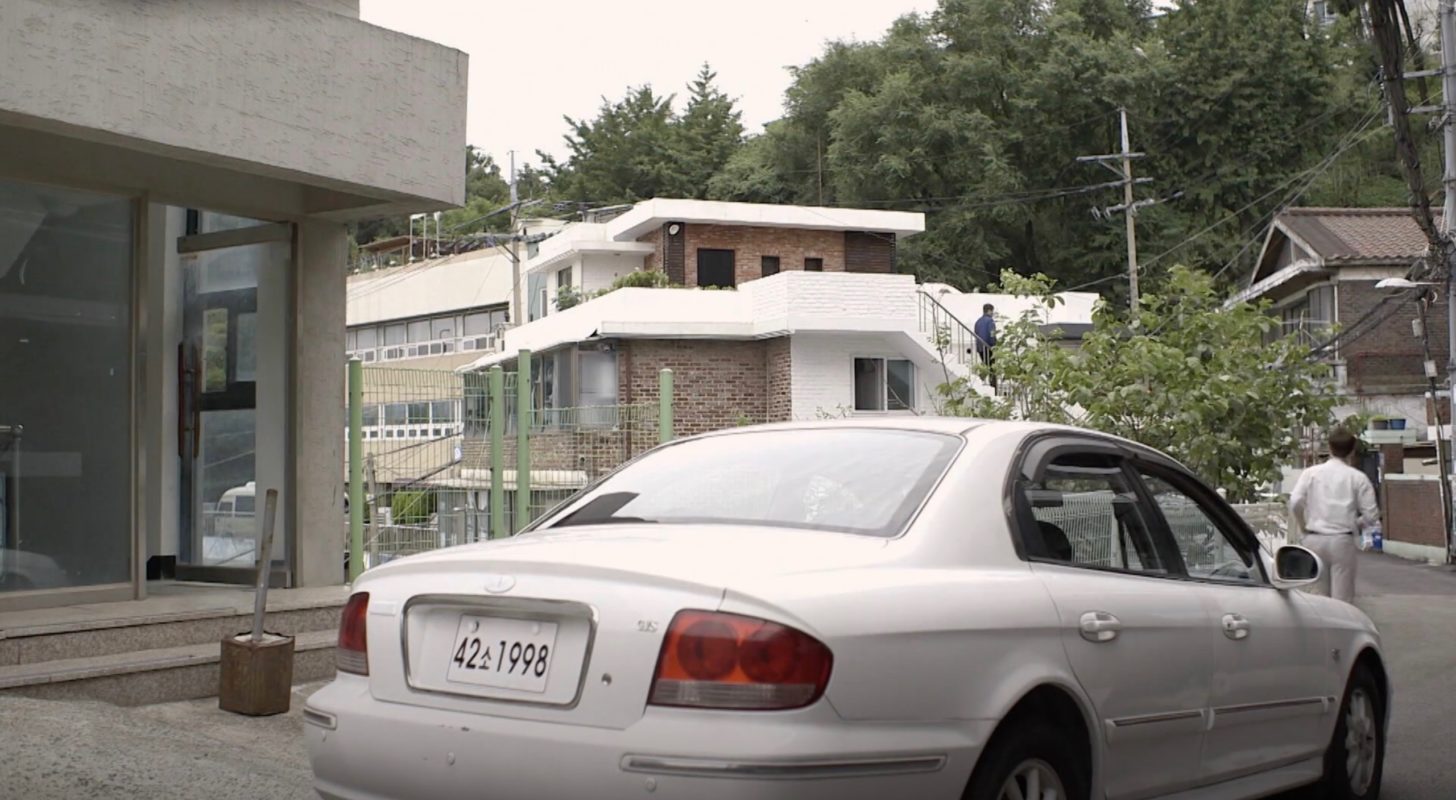 Graceful Family (2019), ♡ added by Marion KDL
— Getting frustrations out [E6]: Some Sevit/Sebitseom [세빛섬]

* Check out the listing for more new dramas and films added

* Check out the listing for more new dramas and movies added

She Is Nineteen (2004), ♡ submitted by Marion KDL
— The crucial restaurant: Pinocolle [삐노꼴레]