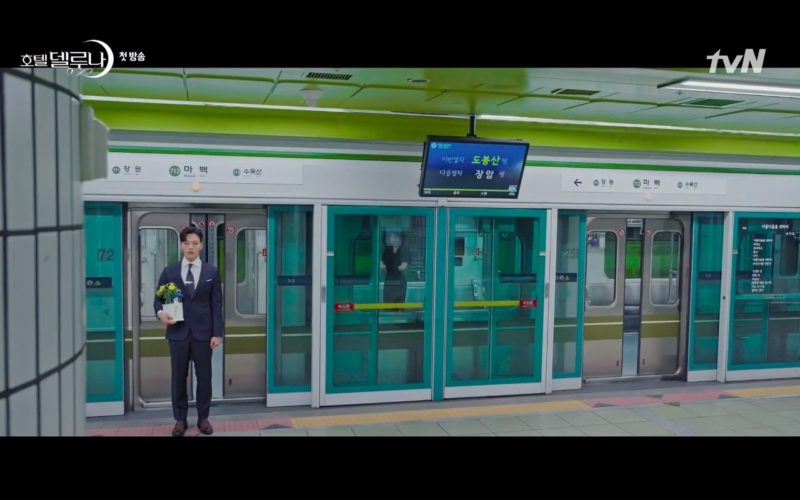 Who else is surprised that the year’s moving by so quickly! Can you believe that in just a blink of an eye (or so it seems), we’re already halfway through summer. Where is all the time going!? o.O

Thankfully, there’s still time to enjoy the warmth of this season. So, if you’re making a trip to South Korea before summer ends, check out our recommendations for K-drama lookouts within Seoul and Incheon, to enjoy some picturesque views of the city.

This past month, we’ve also had to bid farewell to our fave strong women in Search: WWW — and as Marion very aptly mentioned in our overview, this drama will “certainly go down in history as [a] game changer of gender representation in a South Korean television series”. To Ta-mi, Scarlett and Ga-gyeong, and all the ladies who identify with them in one way or another: continue to believe in yourselves, and be amazing at what you do!

As a fangirl, it definitely gets me in the feels when I hear stories of fans being recognized by their favorite singers/actors/etc. We’ve seen a few ‘success’ stories as of late in dramas like Her Private Life, Perfume, and Search: WWW. Here, certain characters not only got to support their favorites through attending concerts, providing support coffee carts or buying billboard space in a subway station — but also interact with them, whether as friends or even in a budding romance. If you have the fortune of meeting your faves in real life, just remember to stay calm and be yourself. They’d probably be more at ease with you that way 🙂 (also #TeamPuppy 5eva — to all my Beanies still missing this couple) 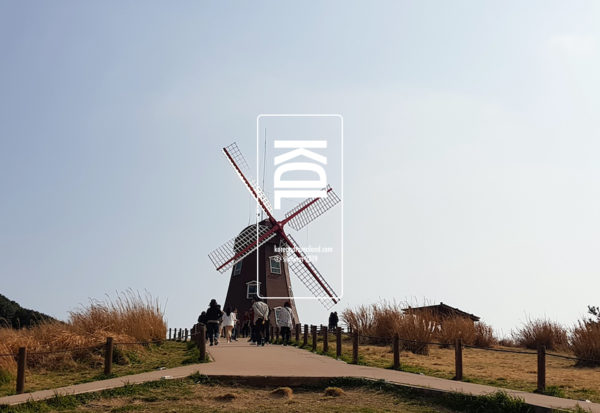 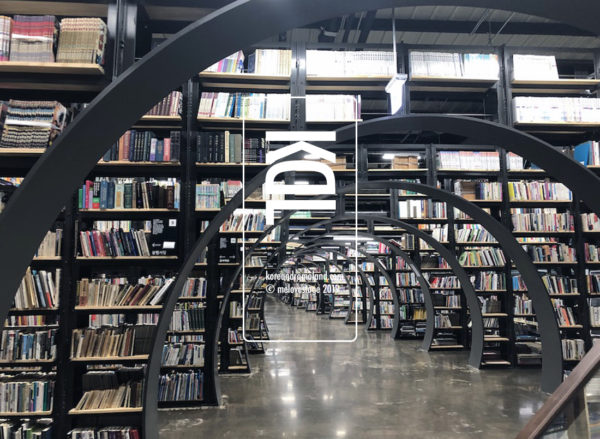 Also, while I’m still awaiting my long-awaited sojourn to the land of K-dramas (sigh), it’s great to see fellow K-drama fans making their own trips to visit their fave filming locations 🙂 A big thank you to sianiam and melovestage for contributing photos from their recent visits! Thanks also to Thom Musni for faithfully sharing his photos with us as well. — Mich KDL 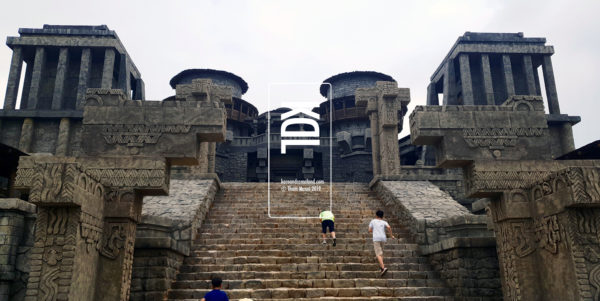 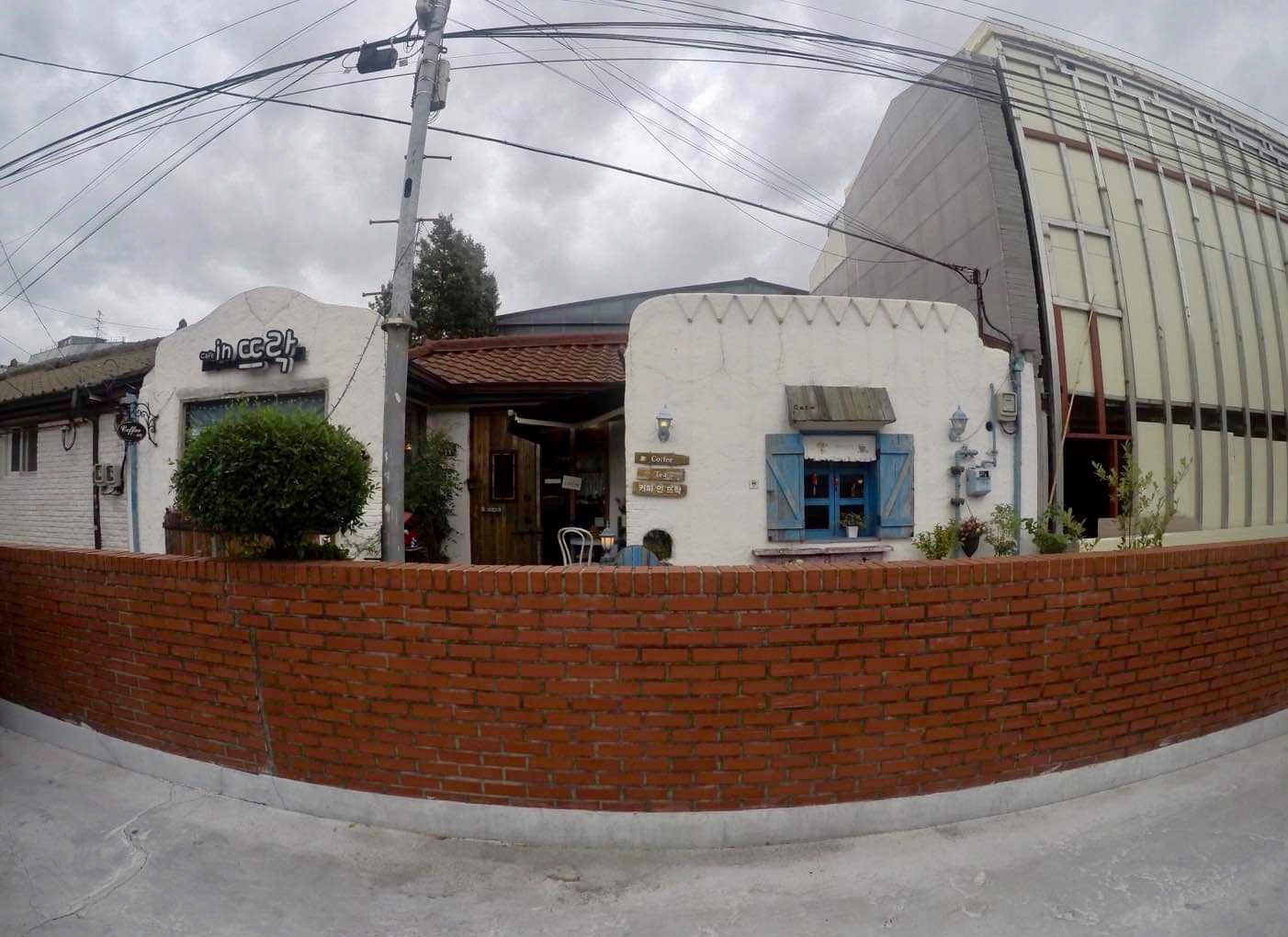 Here’s a few well-known staple locations from way back when that have recently popped up on our radar:

Cliff of (non)doom makes a comeback! It’s been a while since we’ve seen Buyongdae Cliff [부용대]…

…also, thanks to Hotel Del Luna, we get to see this railroad bridge in a new (albeit CG) light….

…here’s a different part of the Seoul Central District Court [서울중앙지방법원] that we don’t often get to see: its West Wing, or 서관….

…and, as every K-Dramaland year comes with its distinct high school, this year’s high school is definitely Dongtan Global High School [동탄국제고등학교]; best known probably to most still as Jeguk High School in The Heirs, it’s appeared this year in A-Teen 2, Search: WWW and is right now at the center of Class of Lies.

SPOTLIGHT ON AN AREA: DAEJEON

When thinking about K-dramaland cities, it’s highly likely that Daejeon (대전) wouldn’t be one that immediately comes to mind. After all, it doesn’t quite have the lively vibe of Seoul, the beautiful seaside views of Busan and Gangneung, or even the old world charm of Jeonju.

But what South Korea’s 5th largest city probably has, is versatility. Maybe it’s because Daejeon is one of the country’s government administrative hubs, or known as the Silicon Valley of Asia (because of its many research institutes — and its most notable university, KAIST), but its locations could pass off for those in Sangam in Seoul, and even Pangyo Techno Valley in Bundang.

Outside of the city, it may be worth venturing into the neighborhoods and alleyways of Daejeon — it’ll be interesting to come across some hidden finds!

The Great Seducer (2018), ♡ submitted by Marion KDL
— Meeting with a love-sick Hye-jung [E13]: Brunch Café from [프롬]*
*Click on the link to find out which other dramas were filmed at ‘Brunch Cafe from’.

My Girlfriend is a Gumiho (2010), ♡ added by Marion KDL
— Nuritkum Square Building [누리꿈스퀘어빌딩]