Hello! This is Mich KDL starting things off for a new edition of Saturday Summary. After reading many of these over the past year, it’s a pleasure to be able to contribute to it finally 🙂

Lots has happened since our last update — aside from ramping up our radar to focus on current shows like Devilish Joy, The Beauty Inside, The Third Charm, Terius Behind Me, Where Stars Land, Player and Twelve Nights, we’re also continuing our look back at some classic K-dramas like Lovers in Paris  and Full House. These shows have really taken us to some interesting overseas locations, something that will be focusing on in a future update!

That aside, something else that’s shaken up the K-drama community in the past month is the news of Dramafever’s closure. How do you feel about that?

With winter just round the corner for those in the Northern hemisphere, what a pleasant surprise it was for us to receive some snowy images of a location that’s now only found in the archives of K-dramaland — THE house from the original Full House! Sadly, the house was destroyed in a tsunami and it no longer exists in real life, so many thanks to Iris27 for sending these precious pictures from a past trip.

Bridges are a favorite of ours here in KDL, and it seems like one of them is finally making a comeback to K-dramaland after a long period of on-screen absence. Welcome back, Dongjak (and looking good in iKON’s Goodbye Road (이별길) MV); but your comrade-in-red Seogang still takes the lead for the most on-screen appearances this year!

And here is a new bridge in K-Dramaland that was introduced with … a kiss and fireworks: World Cup Bridge.

SPOTLIGHT ON AN AREA

Those who have been following us on KDL for a while would know that Bukchon is one of the top Seoul neighborhoods on our watch-list! Twelve Nights has been featuring it on our screens again over the past three weeks and we couldn’t be happier. Apart from lots of familiar locations (like this street that was already featured in 2004’s Lovers in Paris), there’s also other new ones to discover, like the Bukchon Village Information Center [북촌마을안내소]. We can’t wait to see where they’ll go next!

Something In The Rain (2018) ♡ added by Marion KDL
— Walking through, E5: Tancheon Underground Walkway [탄천 3지하보도] 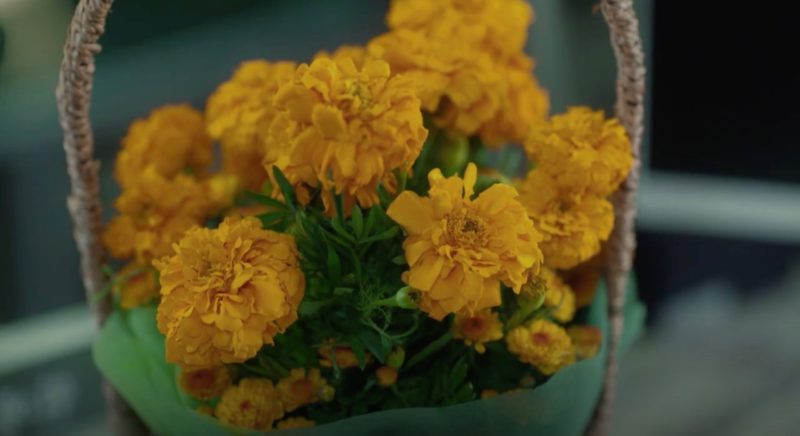