A second time around: our bi-weekly update of all the new filming locations we added in the last two weeks.

This graffiti tunnel was featured as one of the backdrops in The Liar and His Lover aka Lovely Love Lie (2017) when Yoon SooRim (Joy) was singing Yeowooya while looking for Kang Han Gyeol (Lee Hyun-Woo). It was again seen in episode 3 when Soo rim was asking Han Gyeol about his favorite things.

Many thanks to We-we for submitting this location!

Oh Dong-Hee (Park Eun-Bin) and Han Sung-Joon’s (Lee Tae-Hwan) marriage kiss in the final episode 50 of Father I’ll Take Care of You (2016-17) at HS Ville. Ugg, it’s hard to say goodbye to these two!
HS Ville is a staple in K-Dramaland since at least 2013. MORE HERE 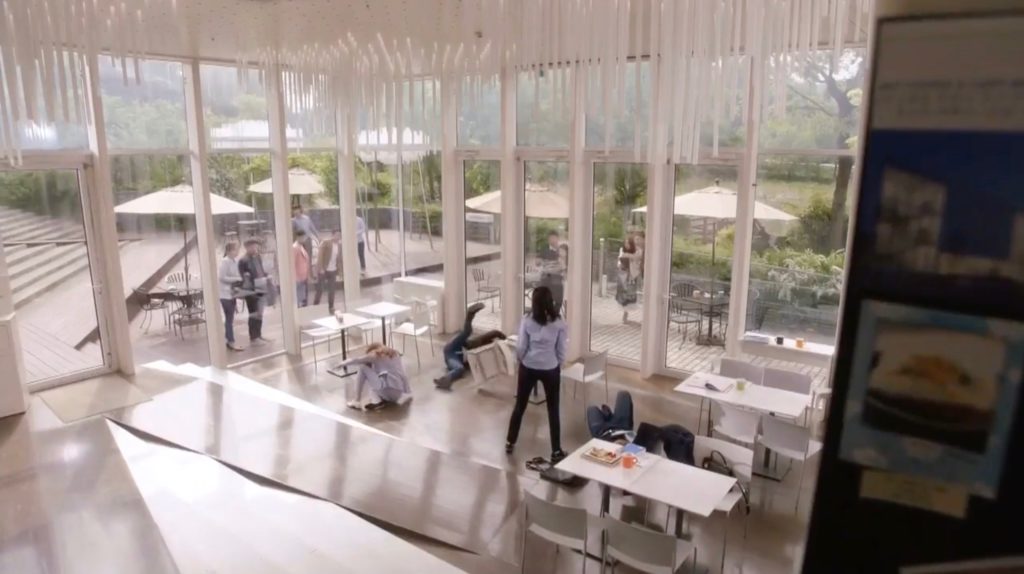 Latest seen in episode 8 of Suspicious Partner (2017), Gallery White Black is one of the recent K-Dramaland staples. READ MORE

The Liar and His Lover (2017)
Many thanks to We-we for submitting most of these locations!
— Solen Music: Platform-L — Contemporary Art Center
— The love confession E9,10: Hangang Bridge [한강대교]
— Apgujeong Graffiti Tunnel [압구정나들목]
— The weekend date E7: Under Stand Avenue [언더스탠드에비뉴]

Misaeng (2014)
— The office setting: Seoul Square [서울스퀘어]
Submitted by Mich. Many thanks!