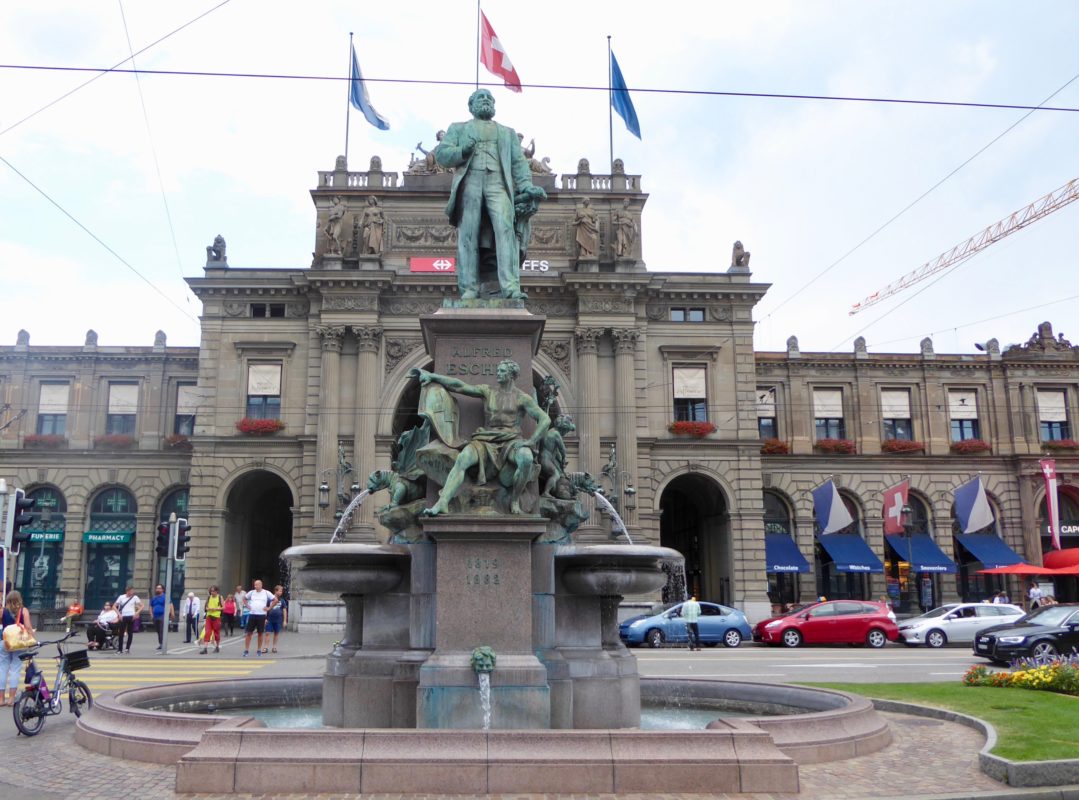 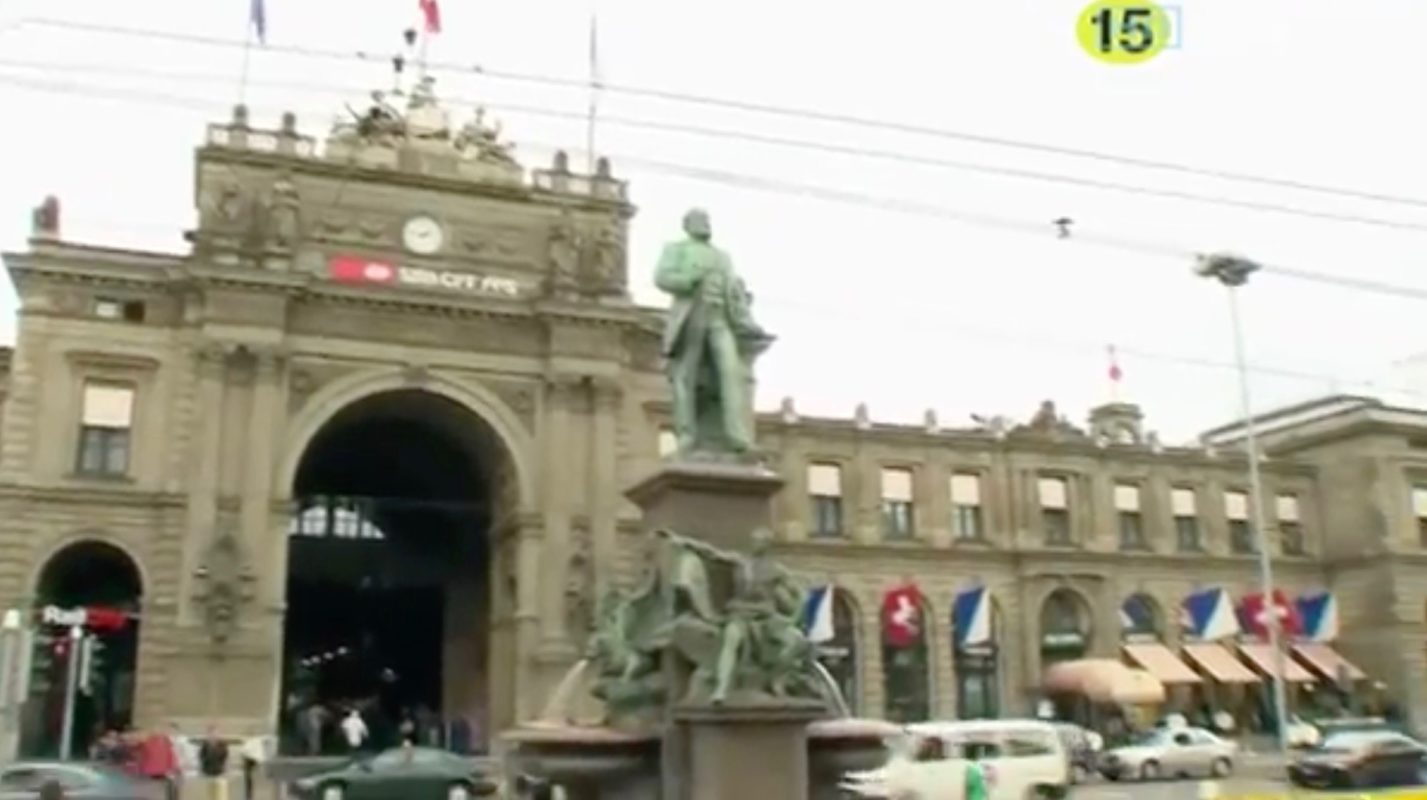 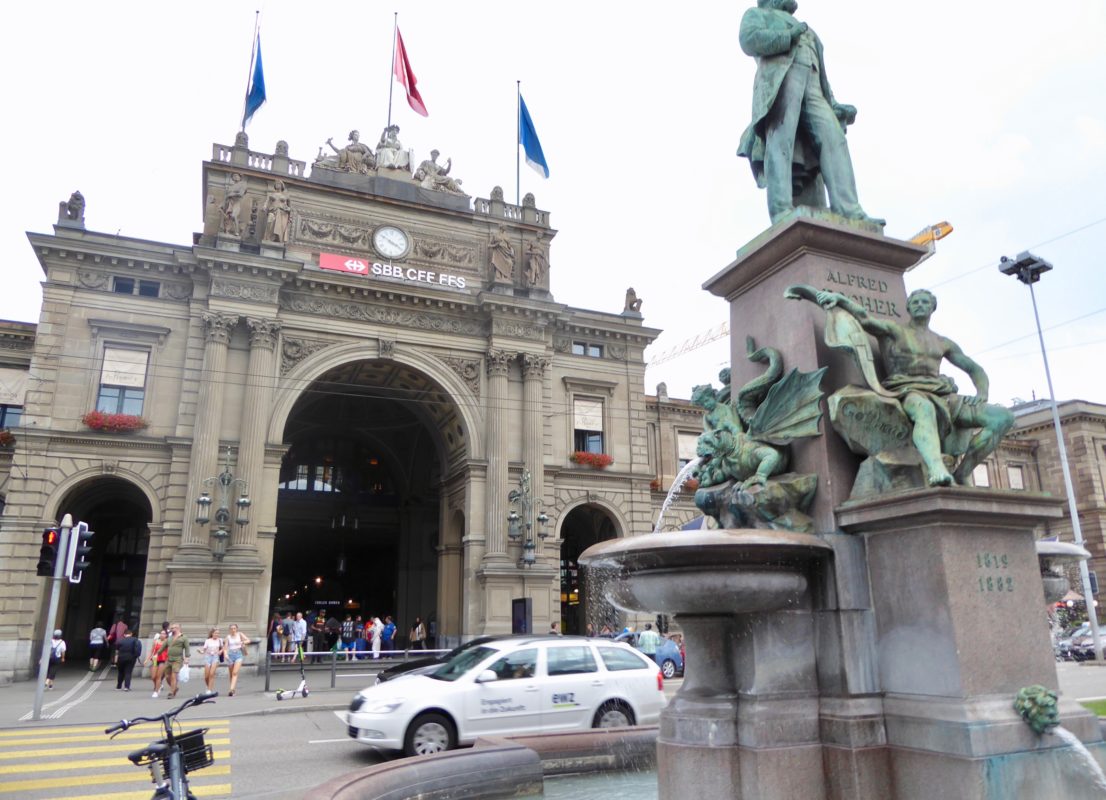 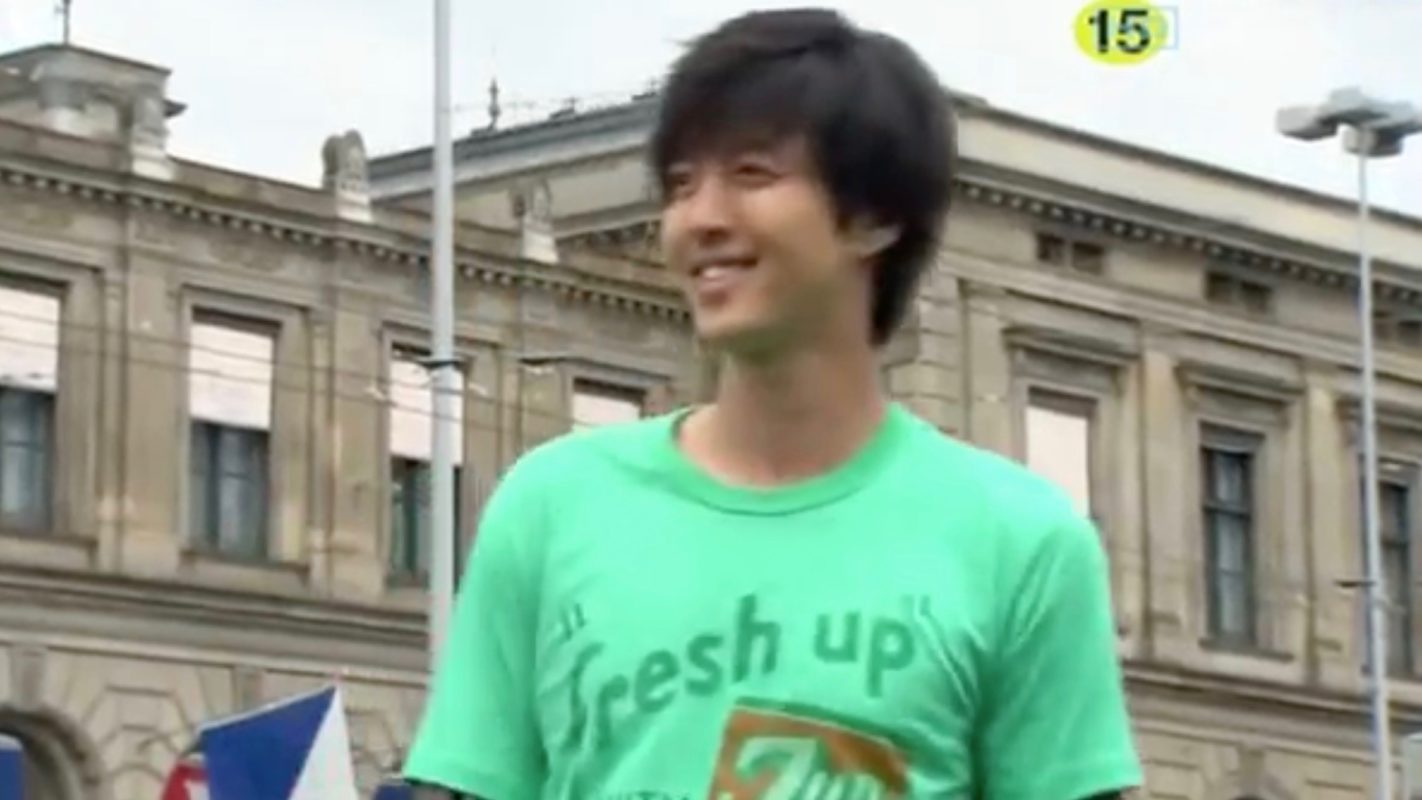 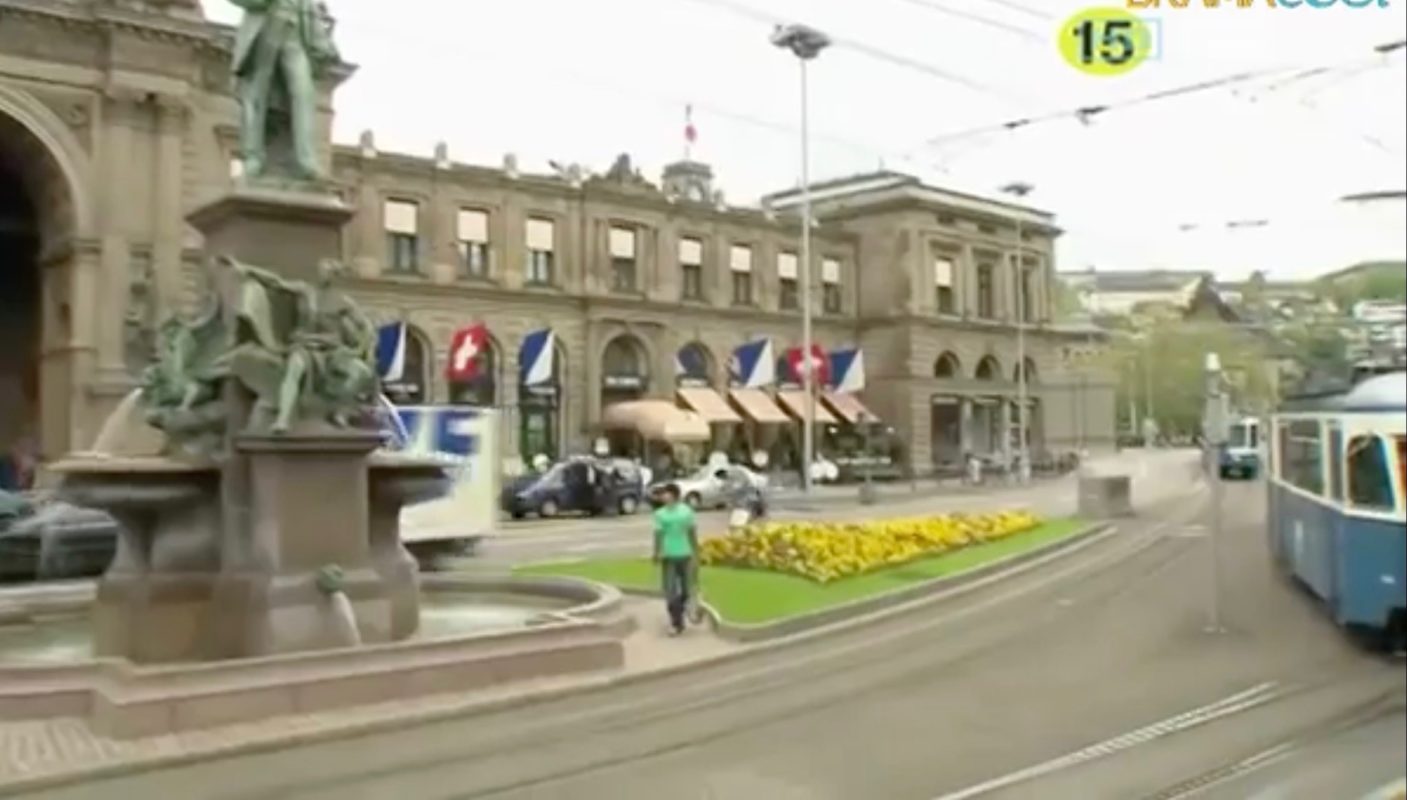 Park Ha-jin (Lee Dong-gun) arrives in Switzerland via this railway station in episode 2 of Smile Again (스마일 어게인) (SBS, 2006) — which makes sense as it is only one stop away from Zurich Airport.

Zurich Main or Central Station [Zürich Hauptbahnhof (or, in short, Zürich HB)] is the main railway station in Zurich and the largest railway station in Switzerland. This neo-Renaissance building is situated in Zurich’s old town (Altstadt), which also makes up Zurich’s District 4 [Kreis 4]. In front of the station’s exits that faces the famous Bahnhofstrasse, stands a fountain created by Richard Kissing and topped with a sculpture of Swiss railway pioneer Alfred Escher.