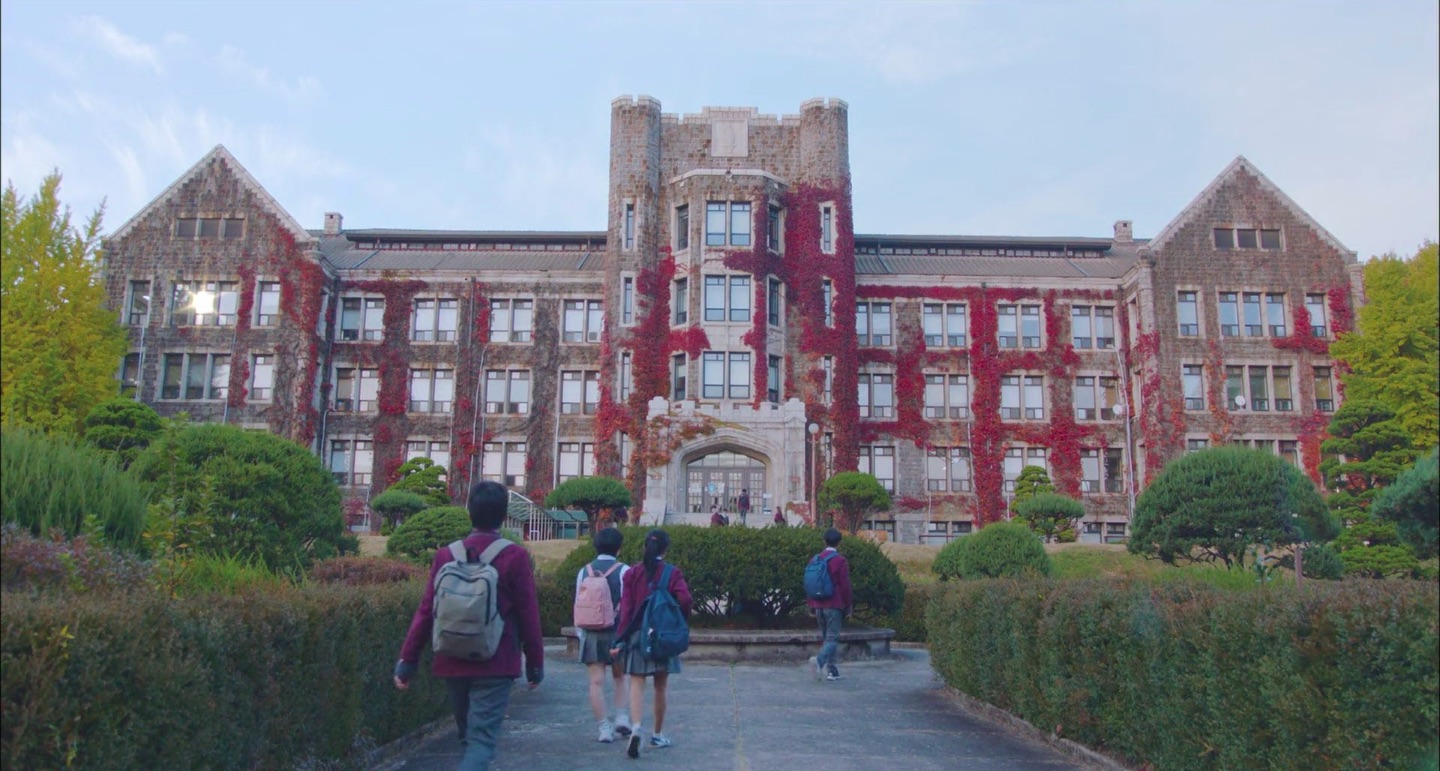 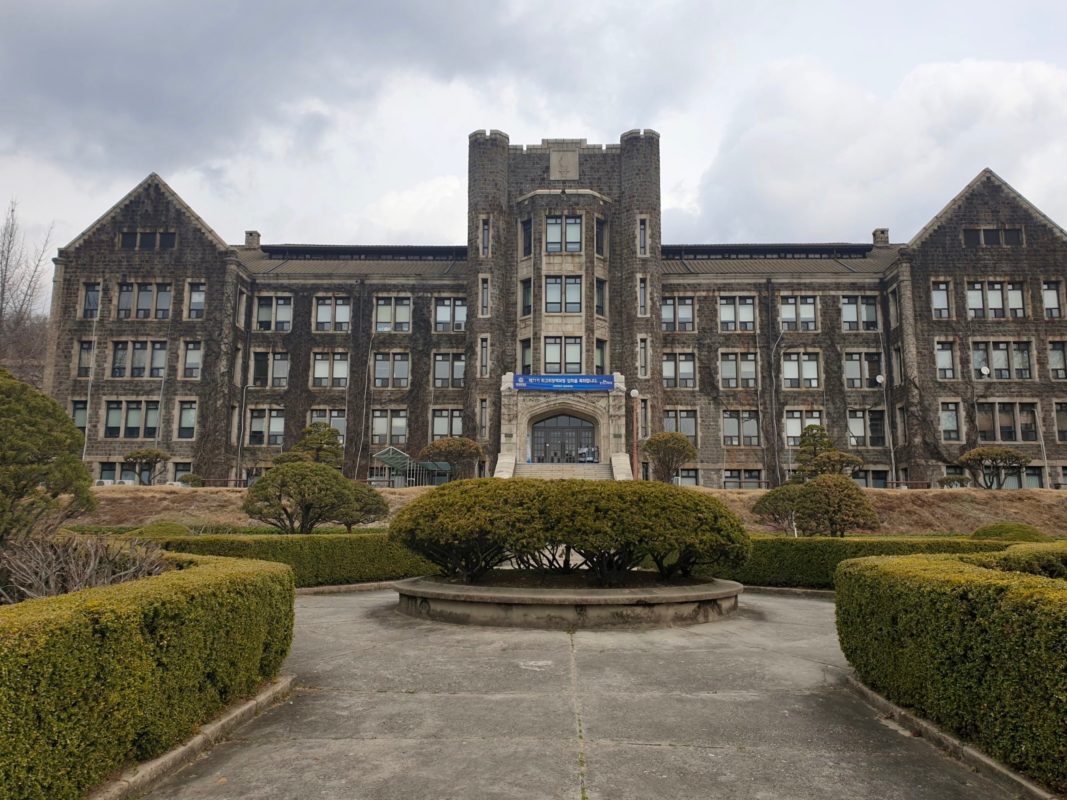 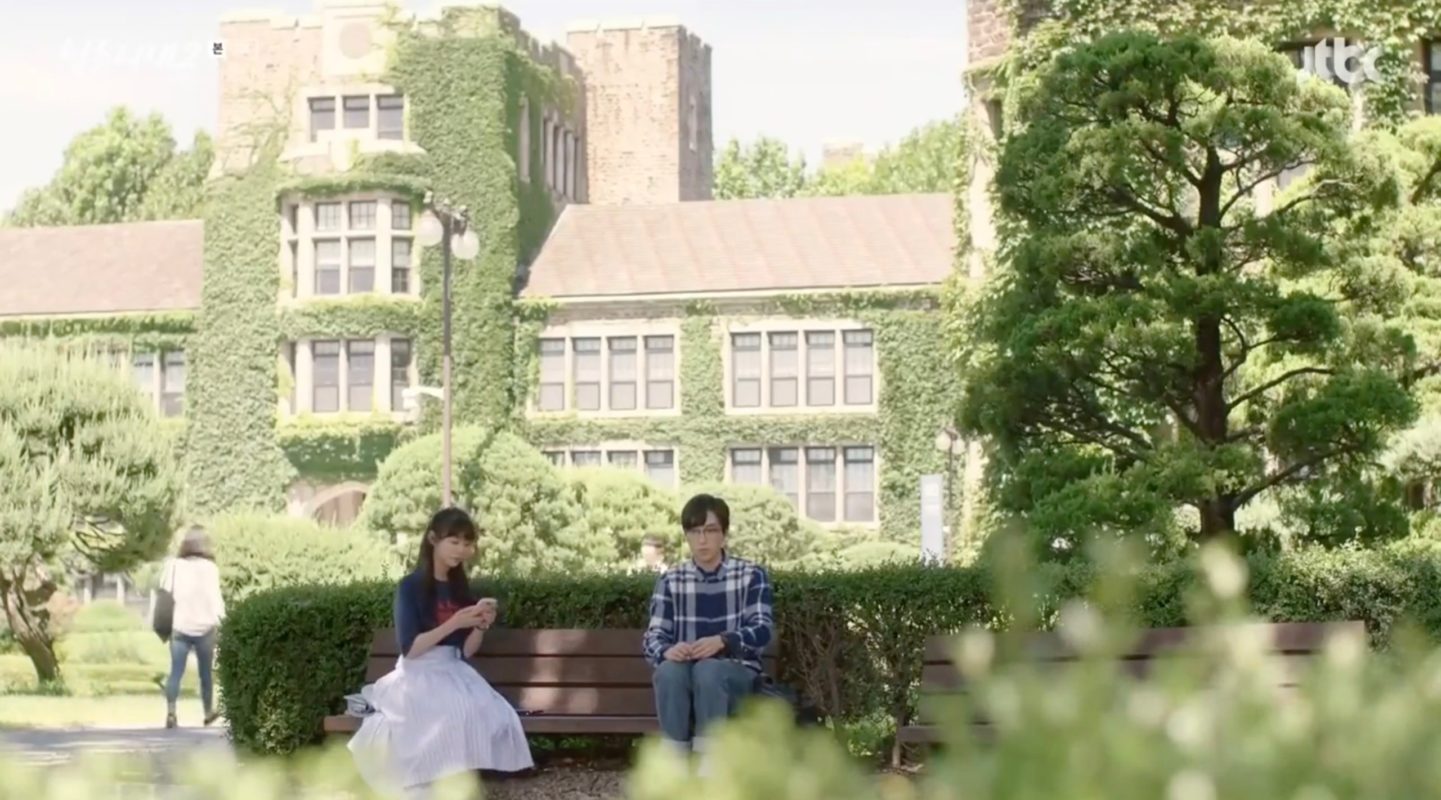 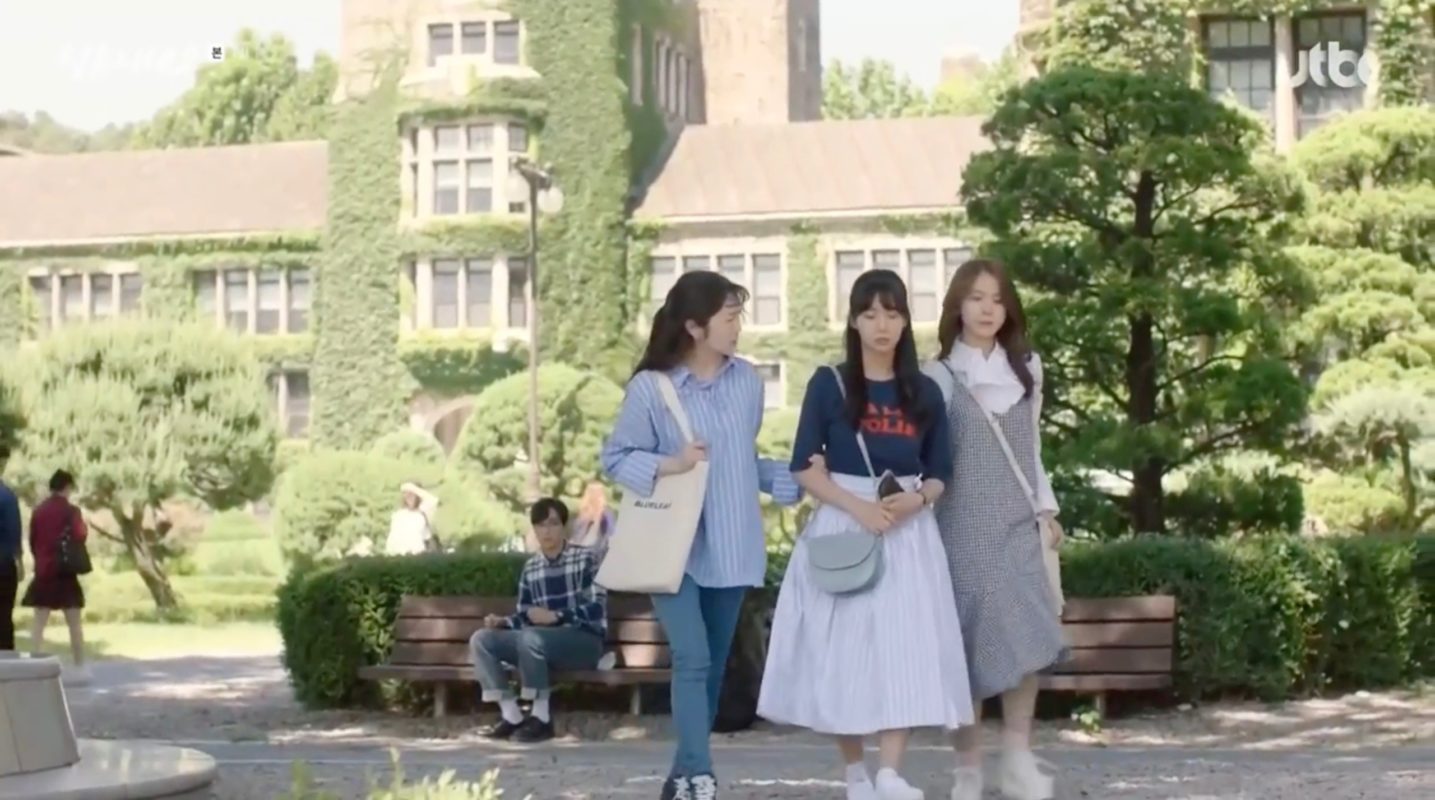 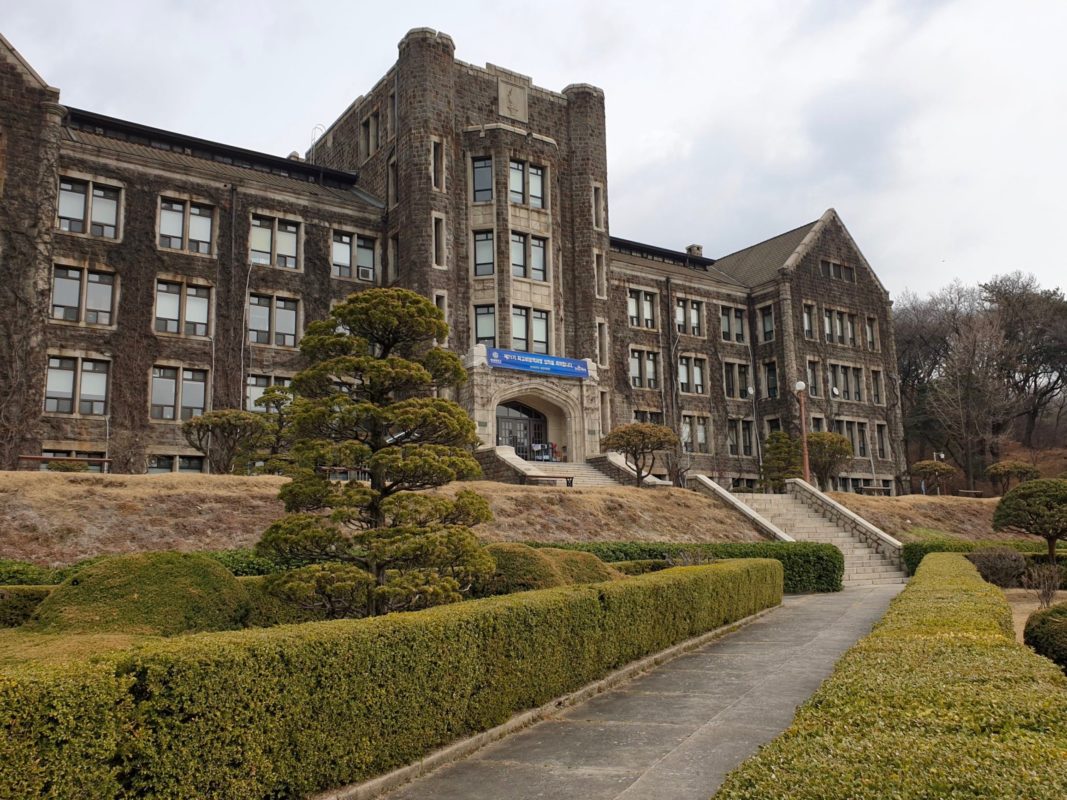 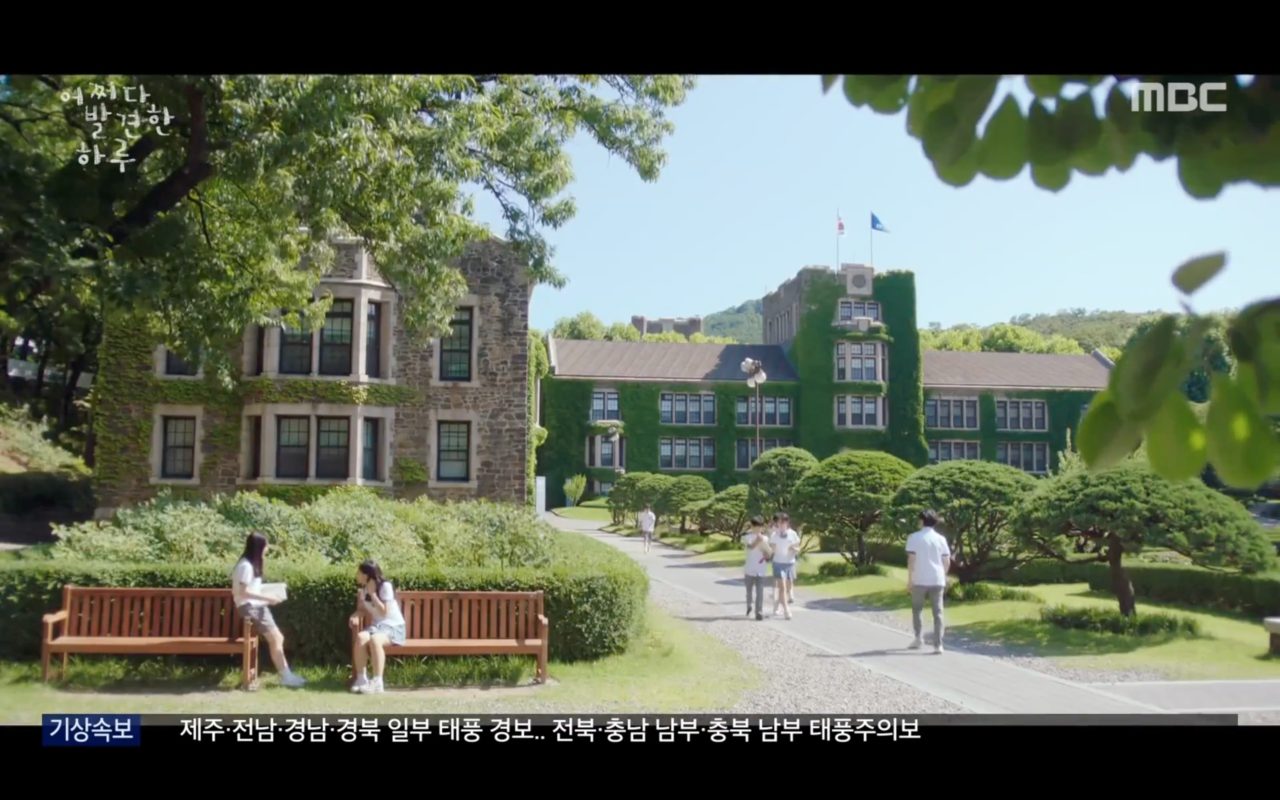 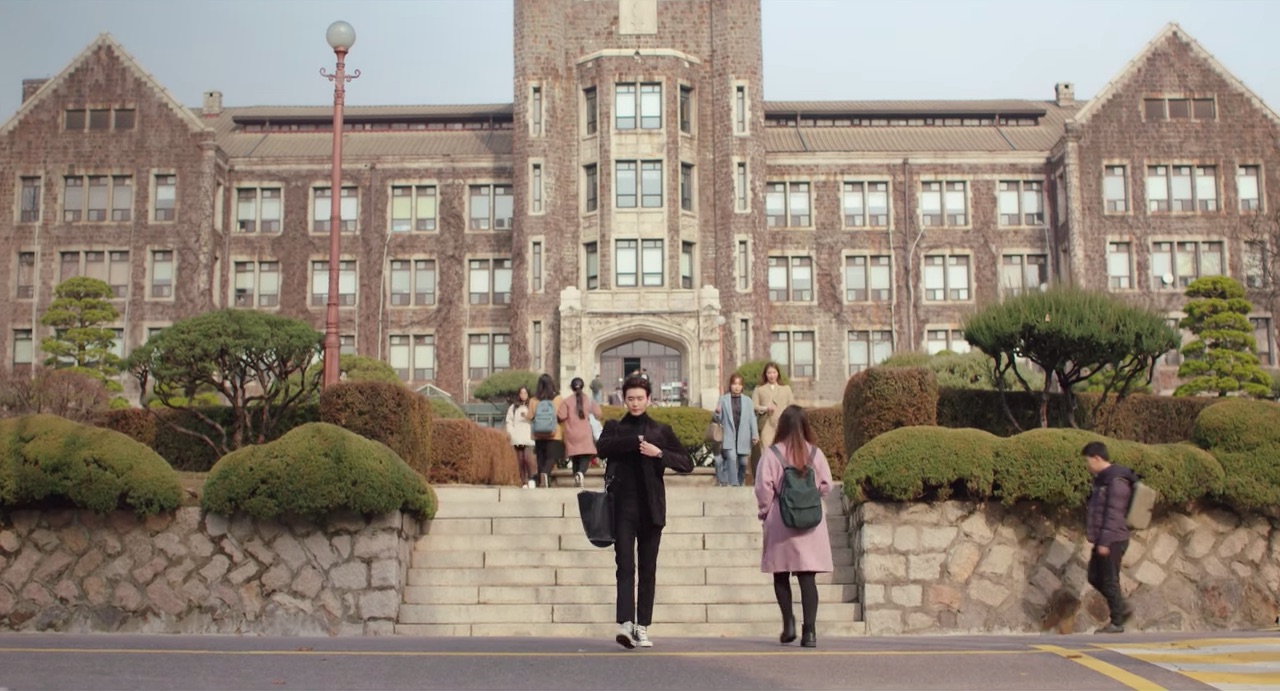 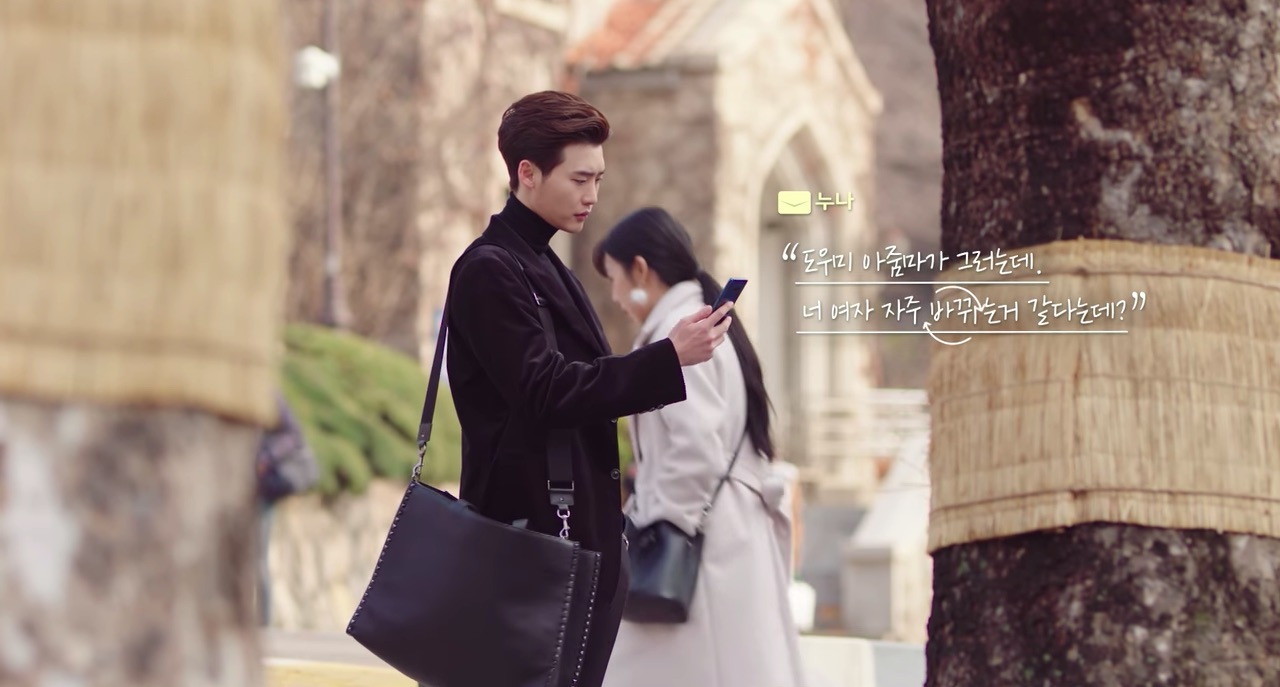 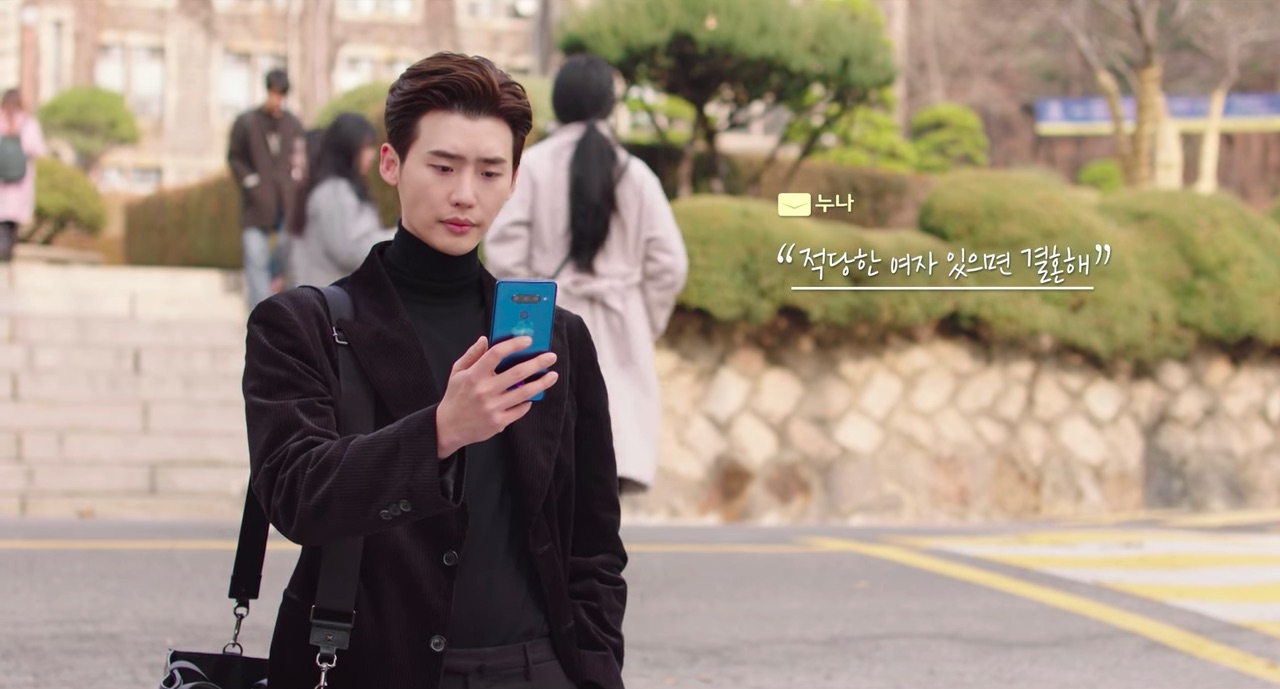 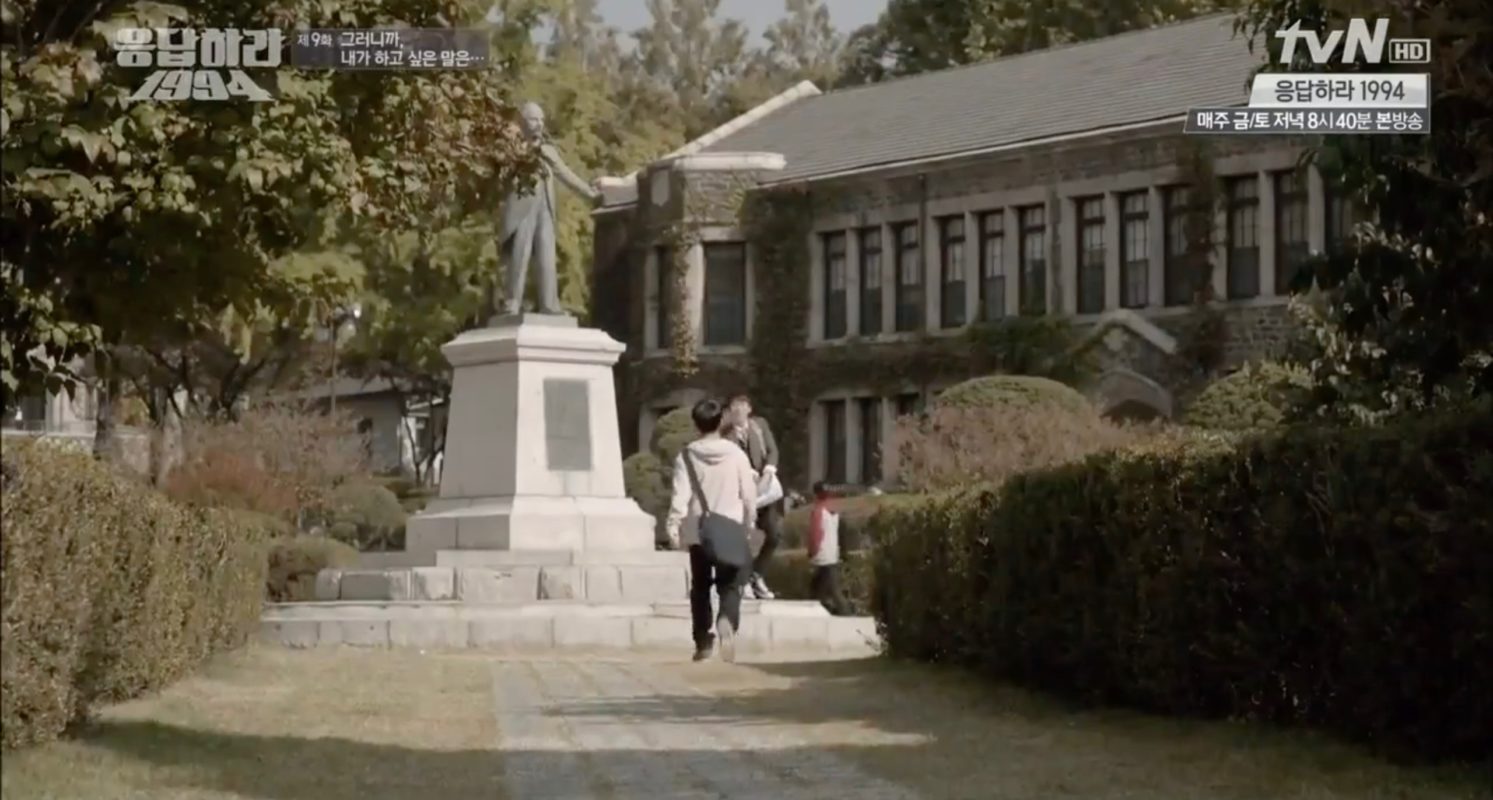 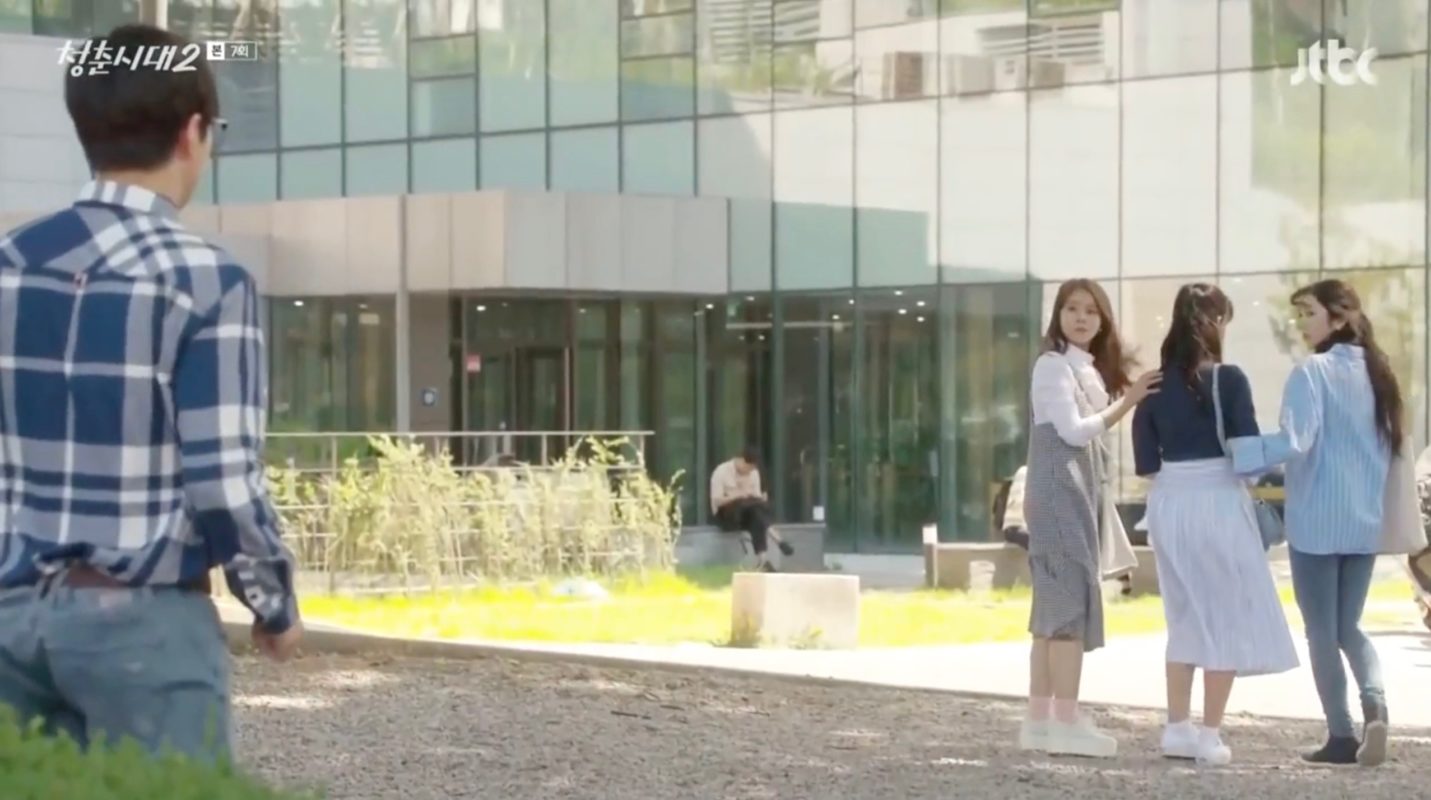 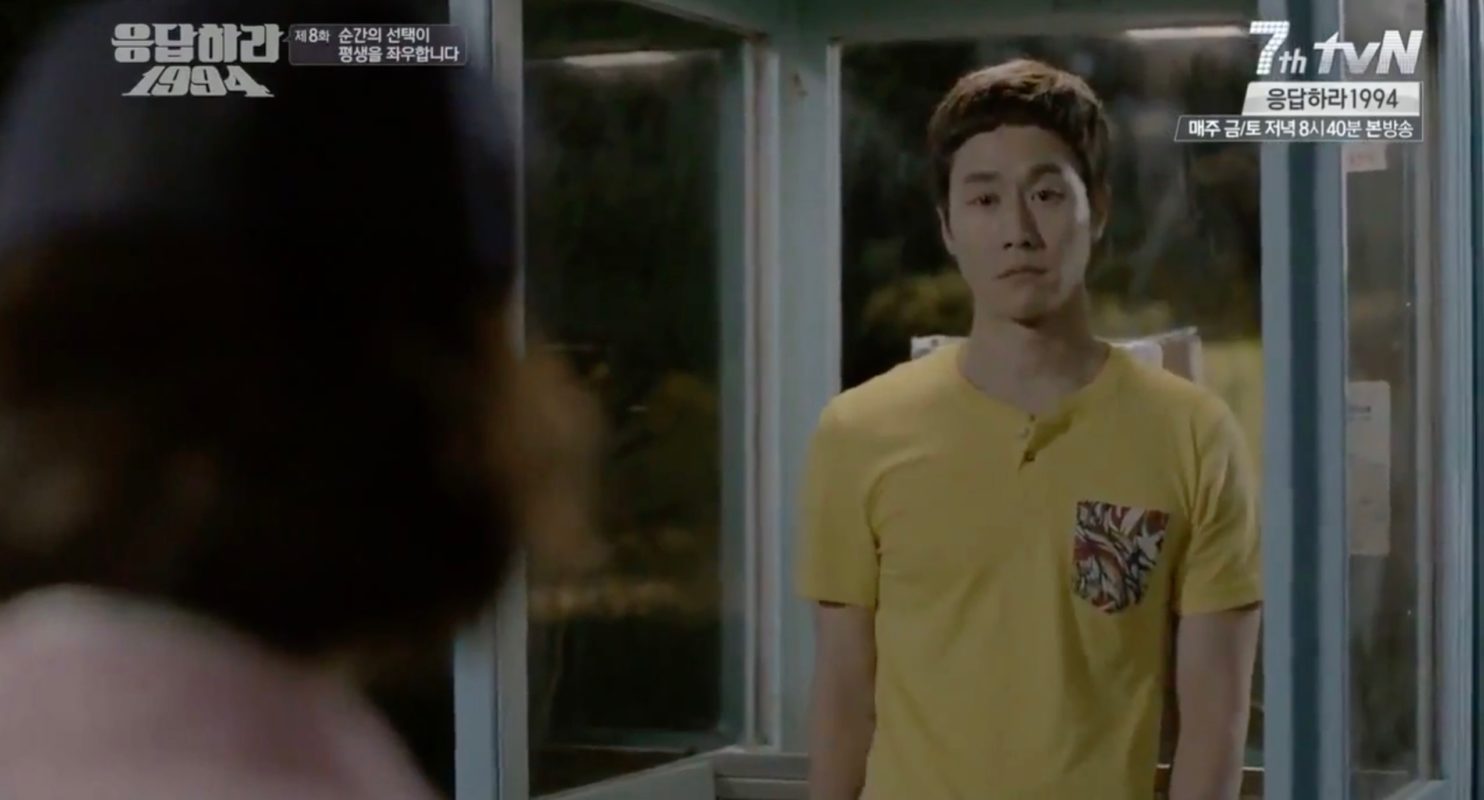 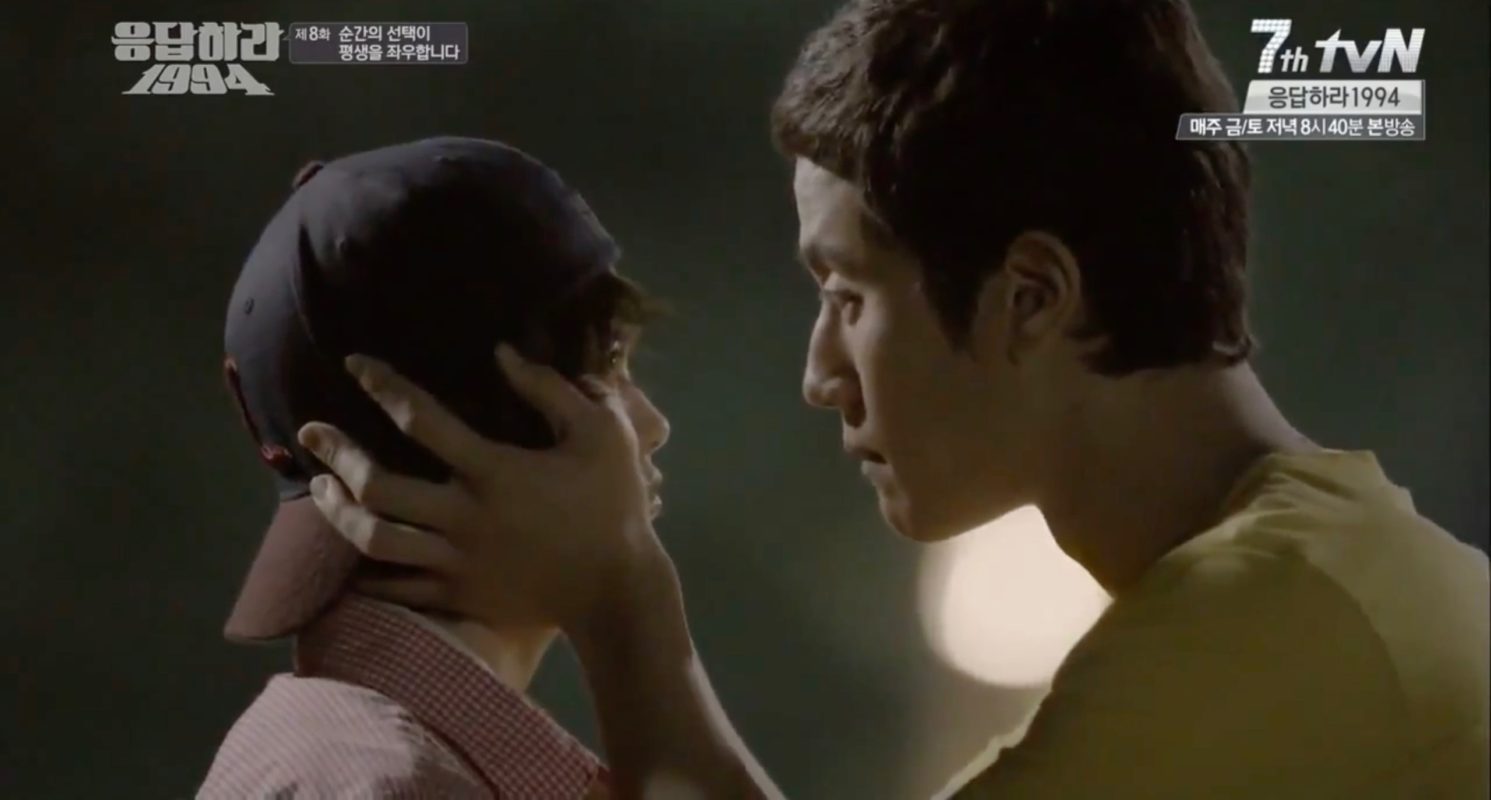 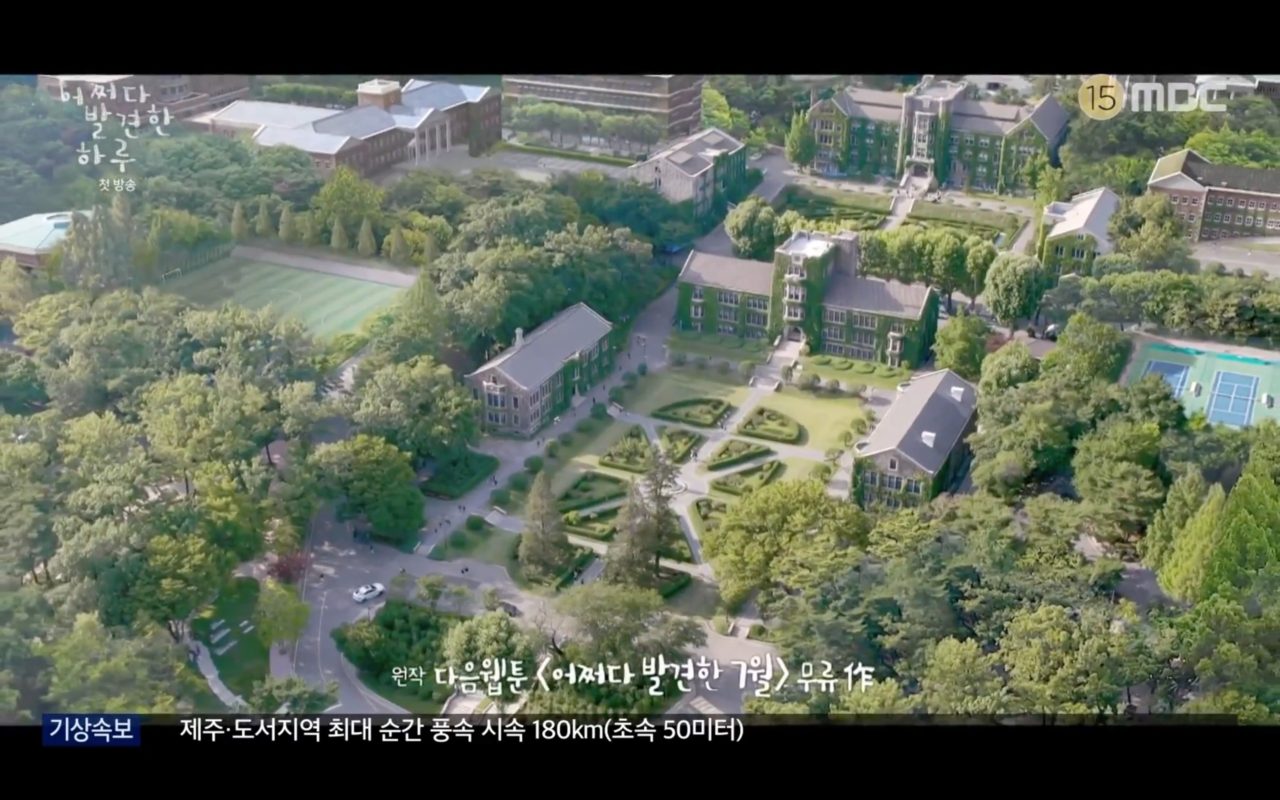 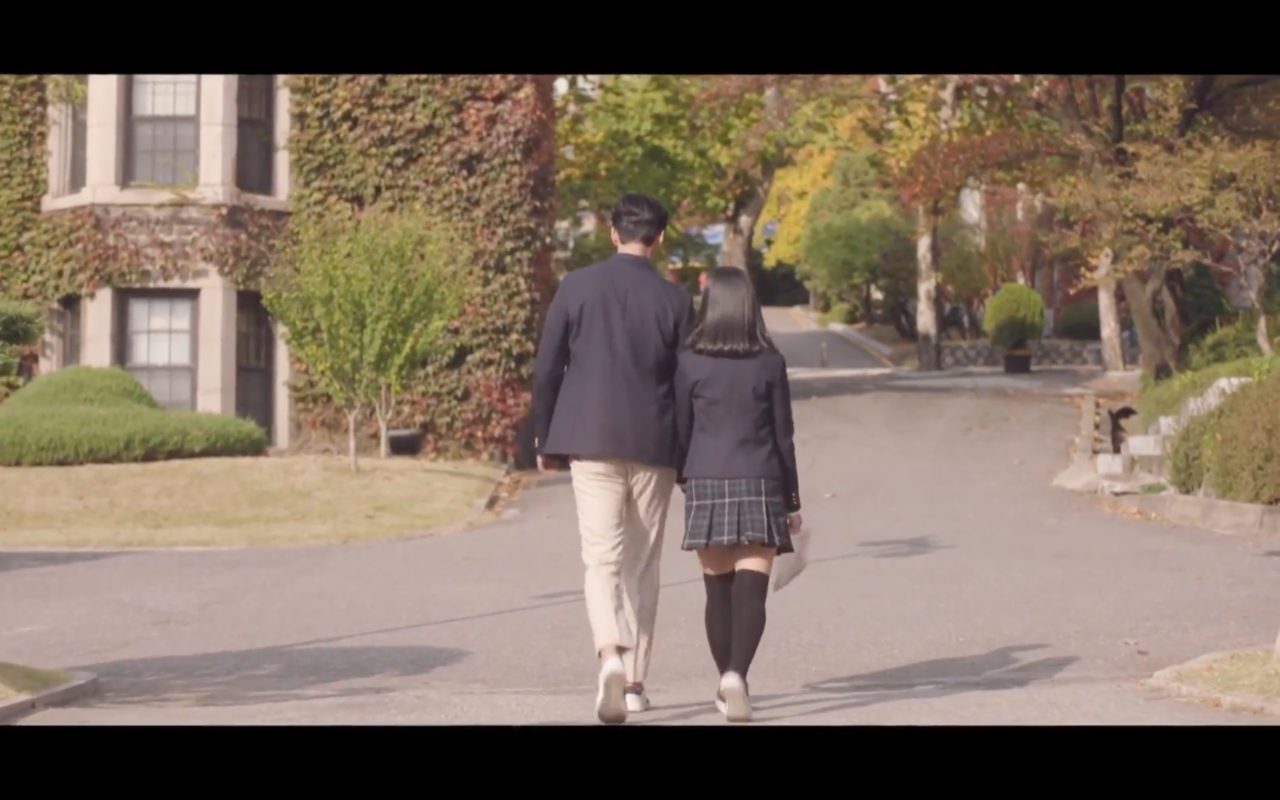 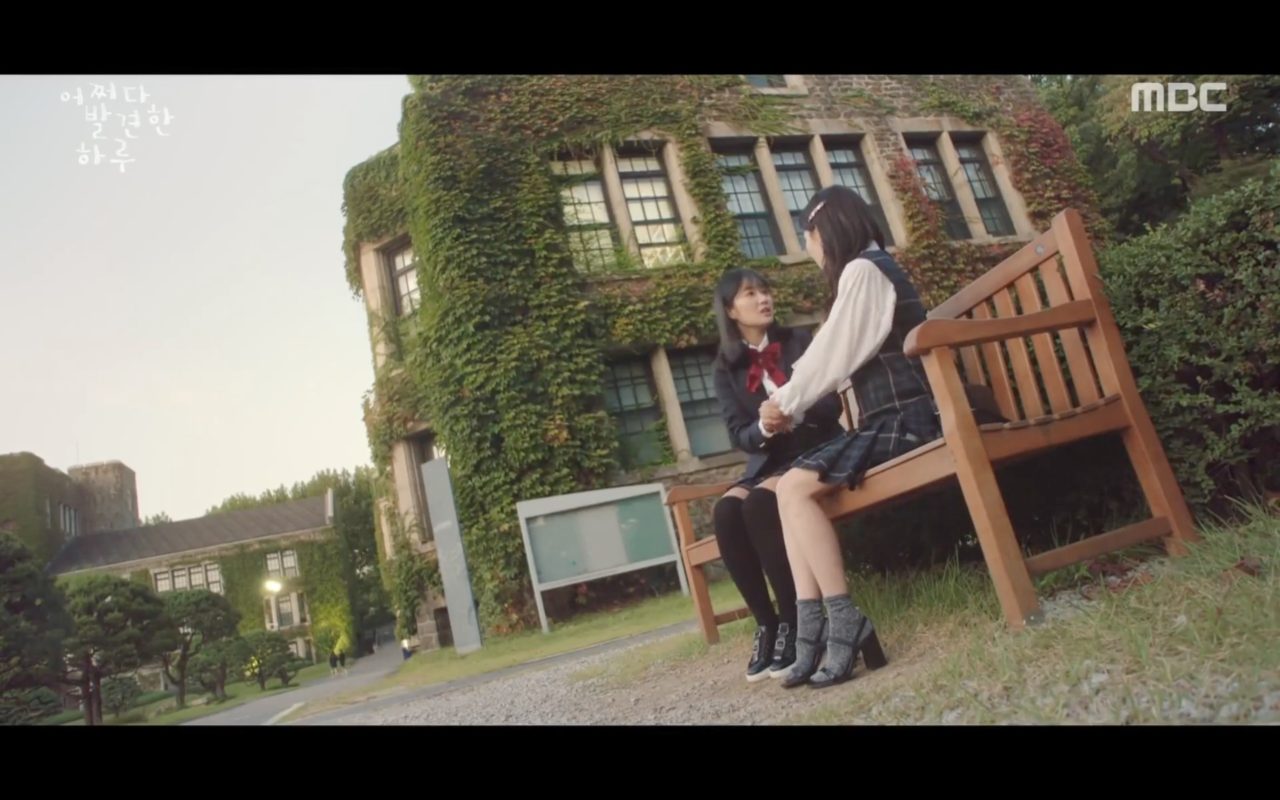 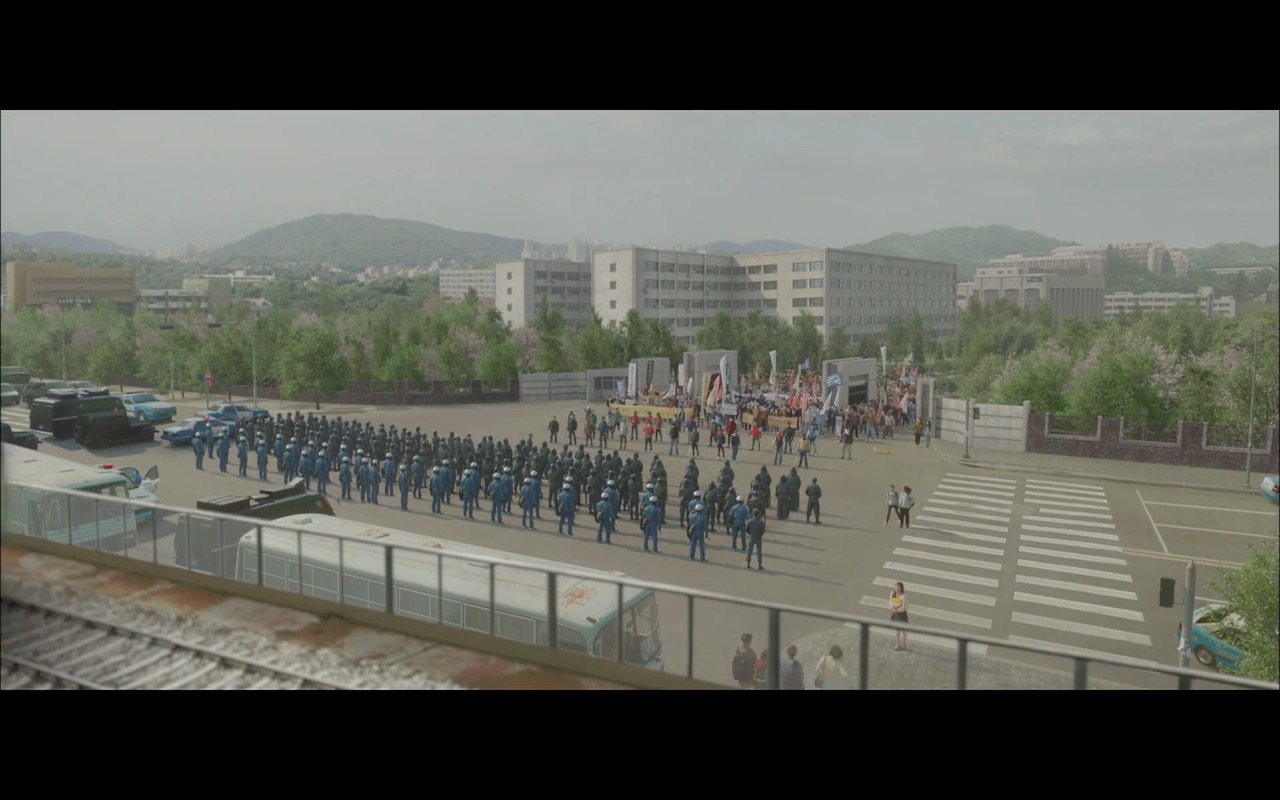 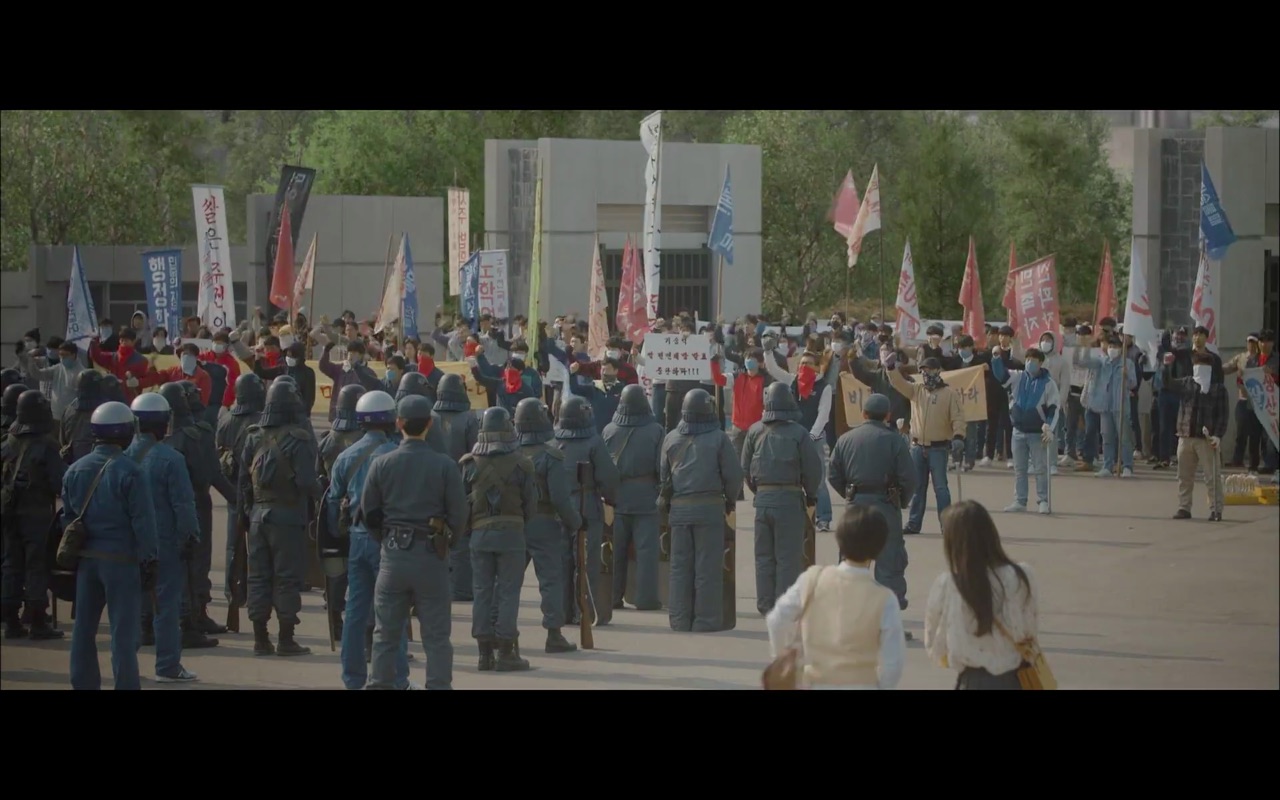 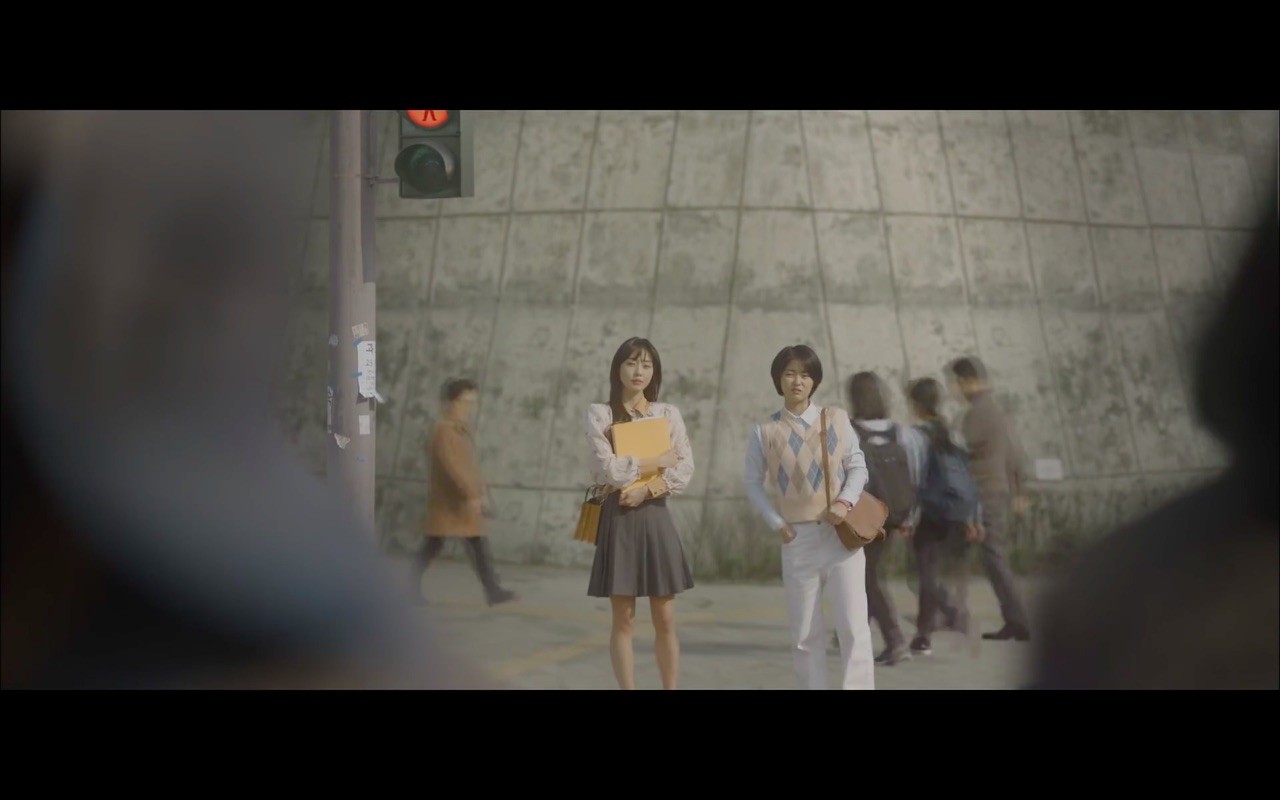 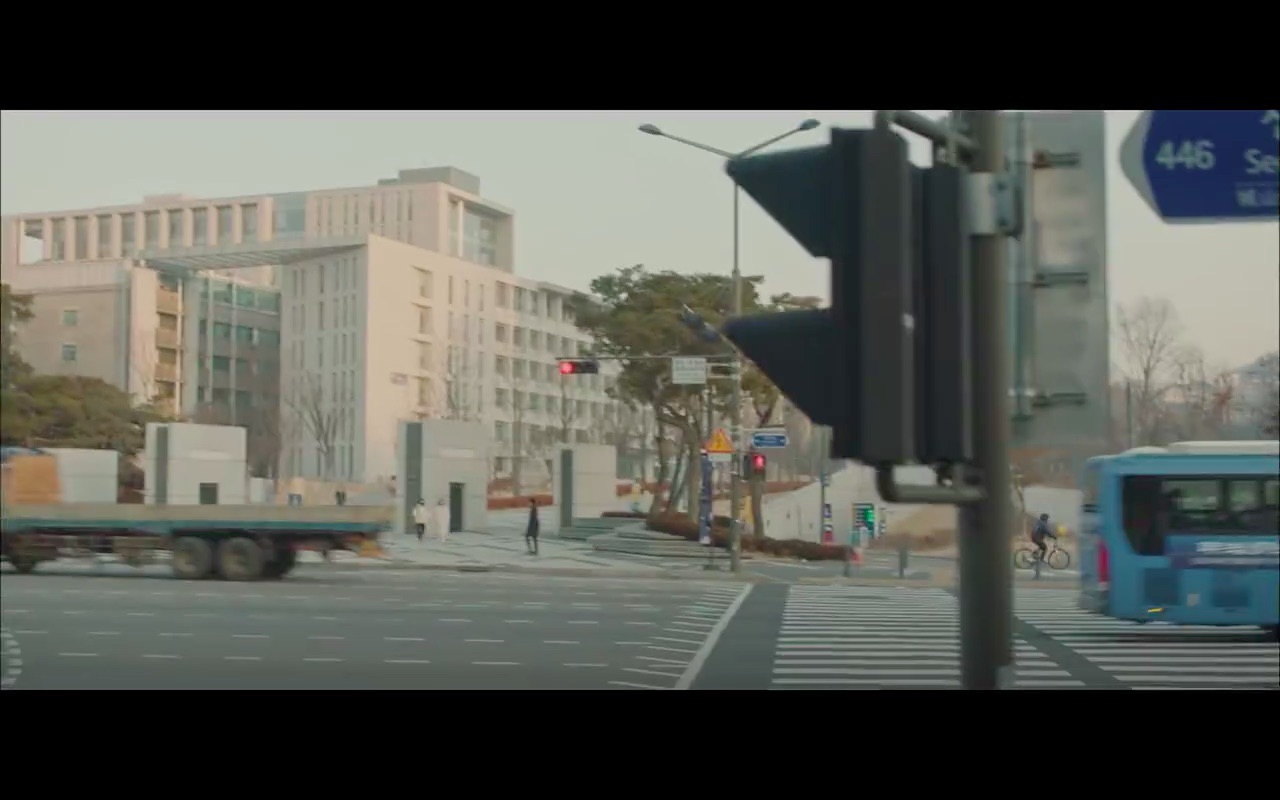 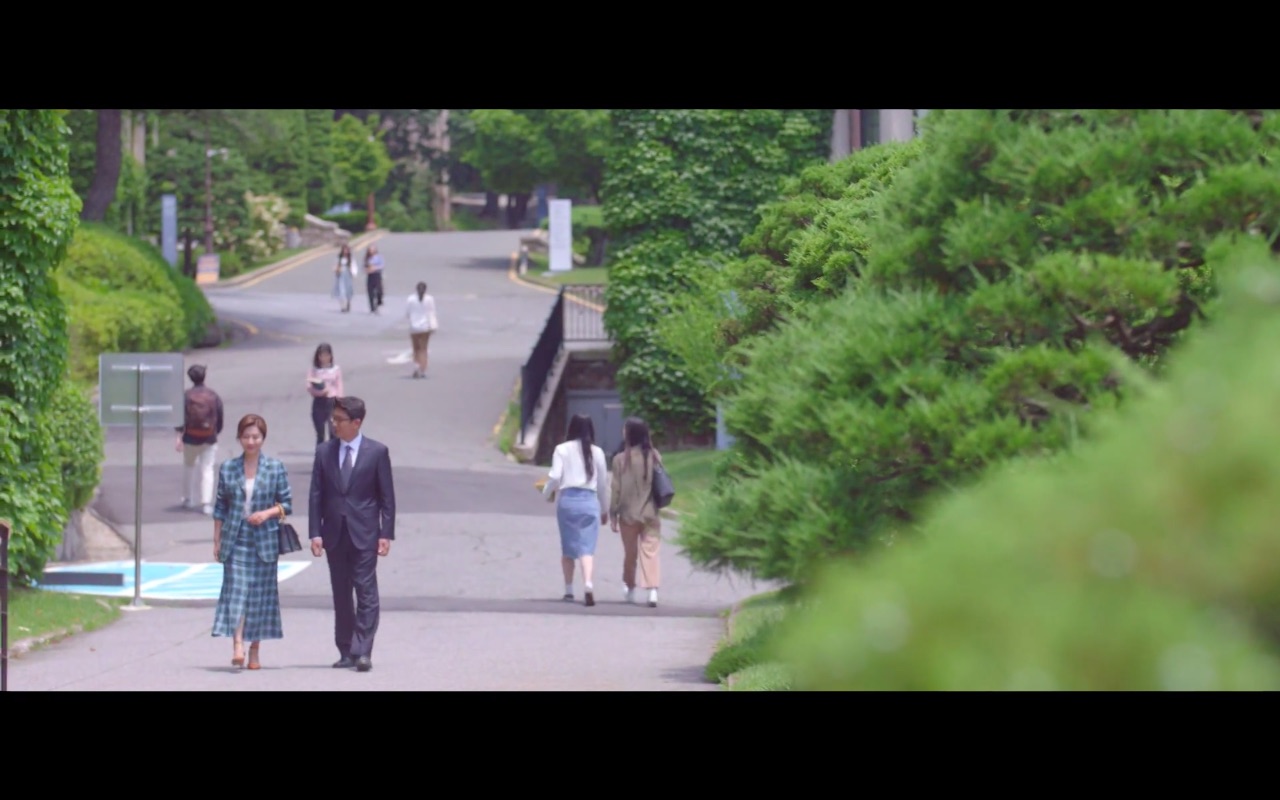 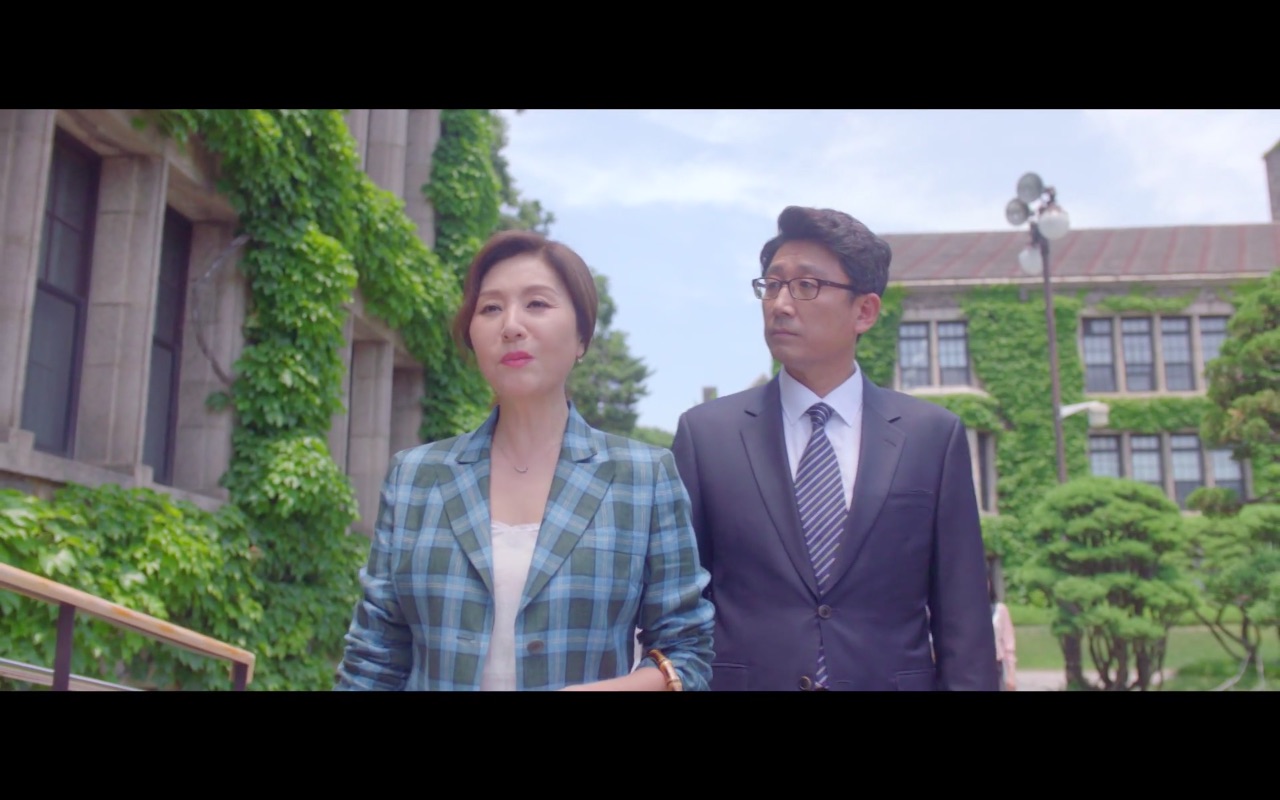 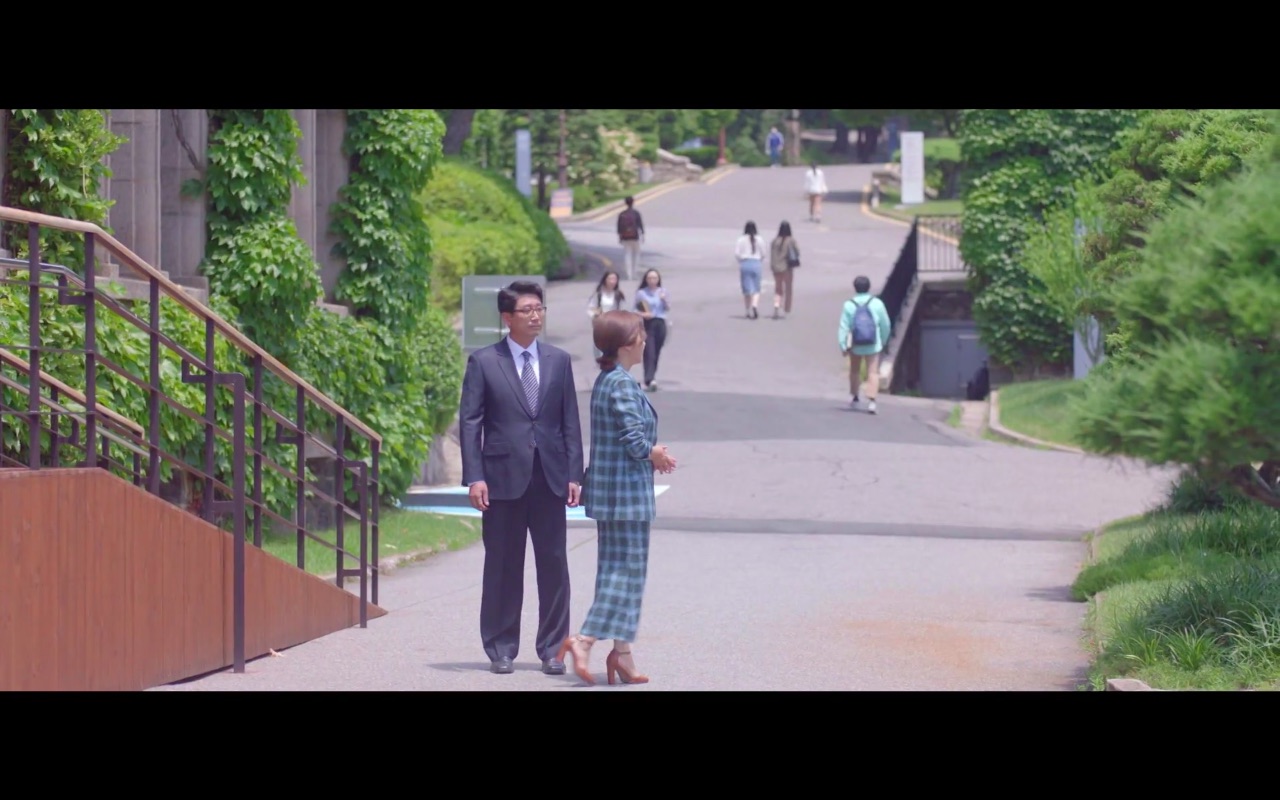 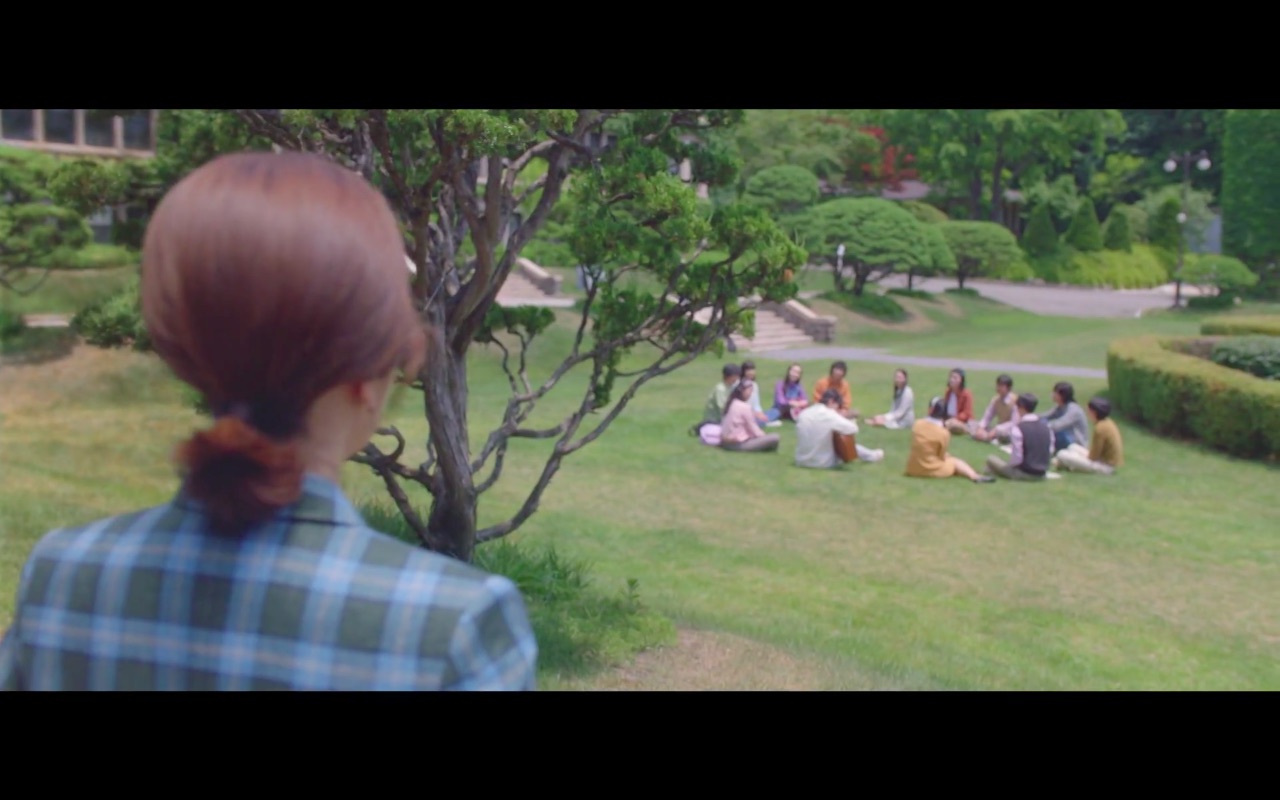 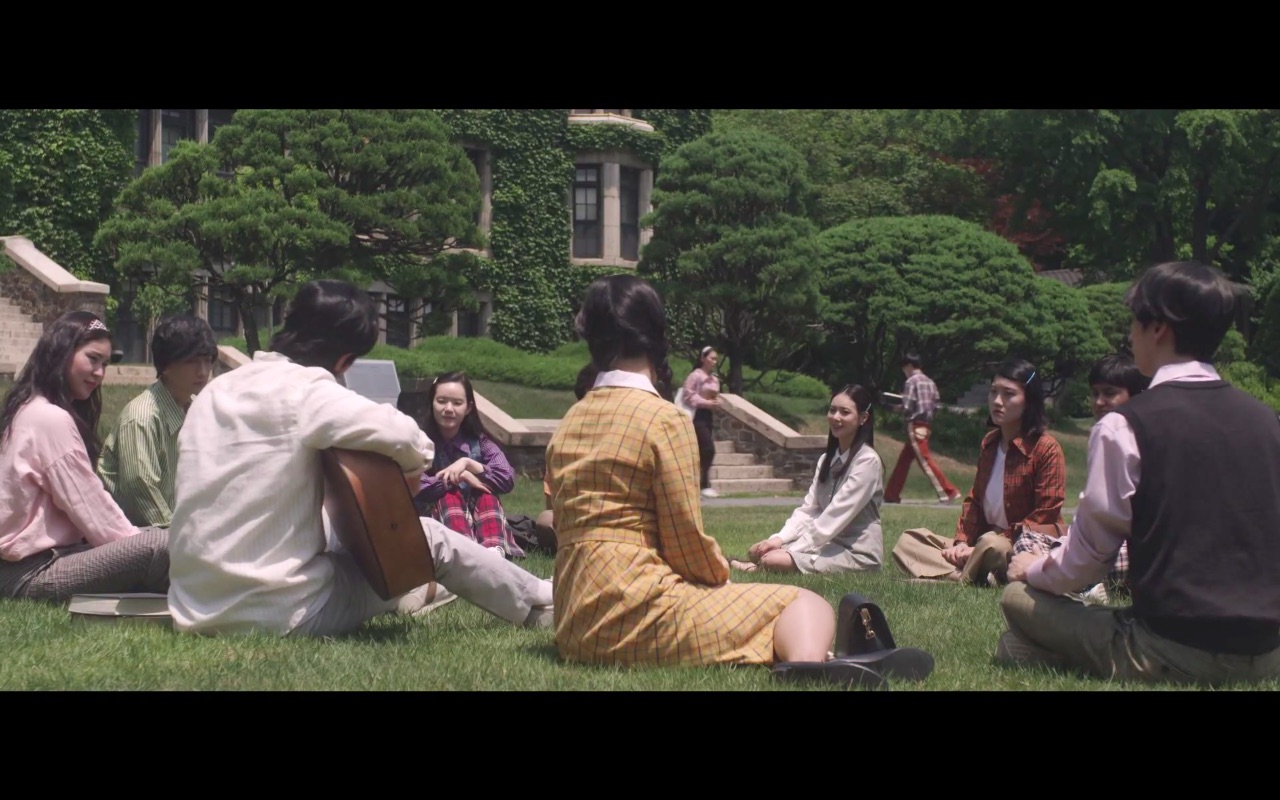 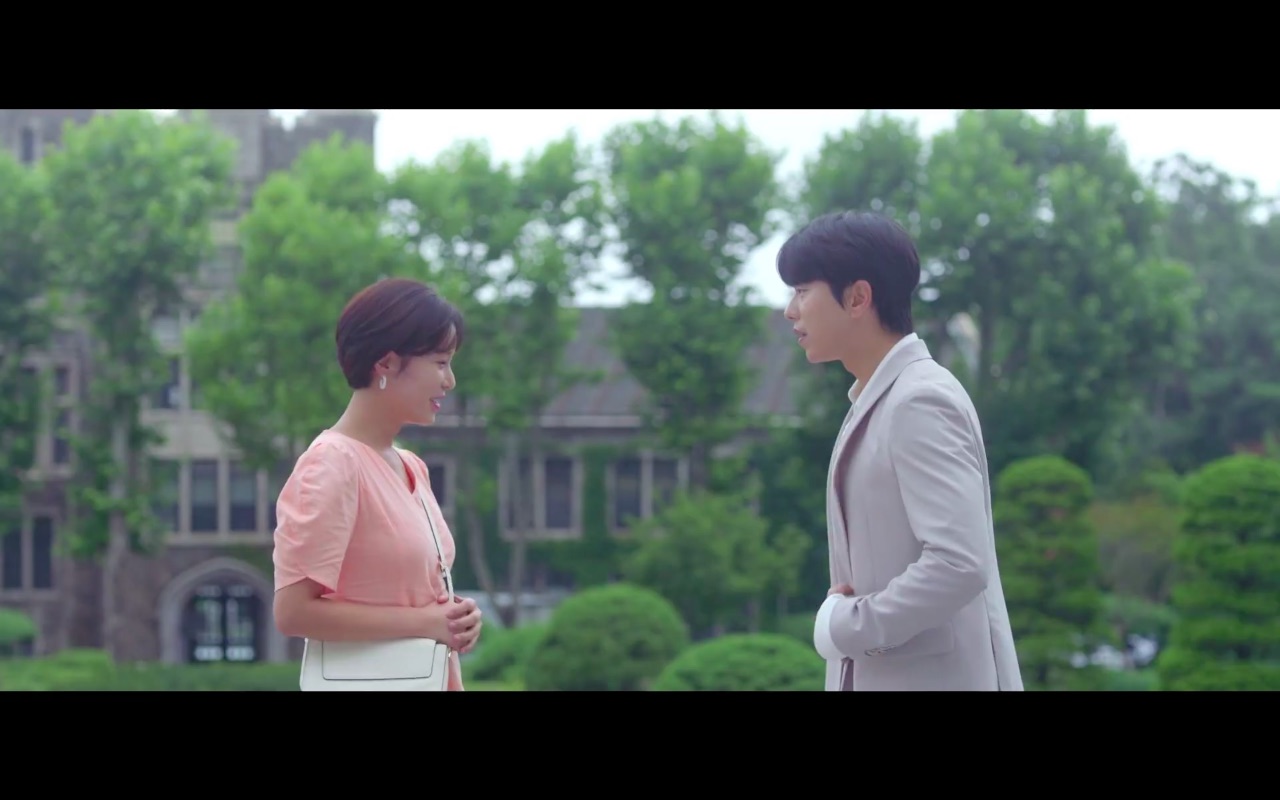 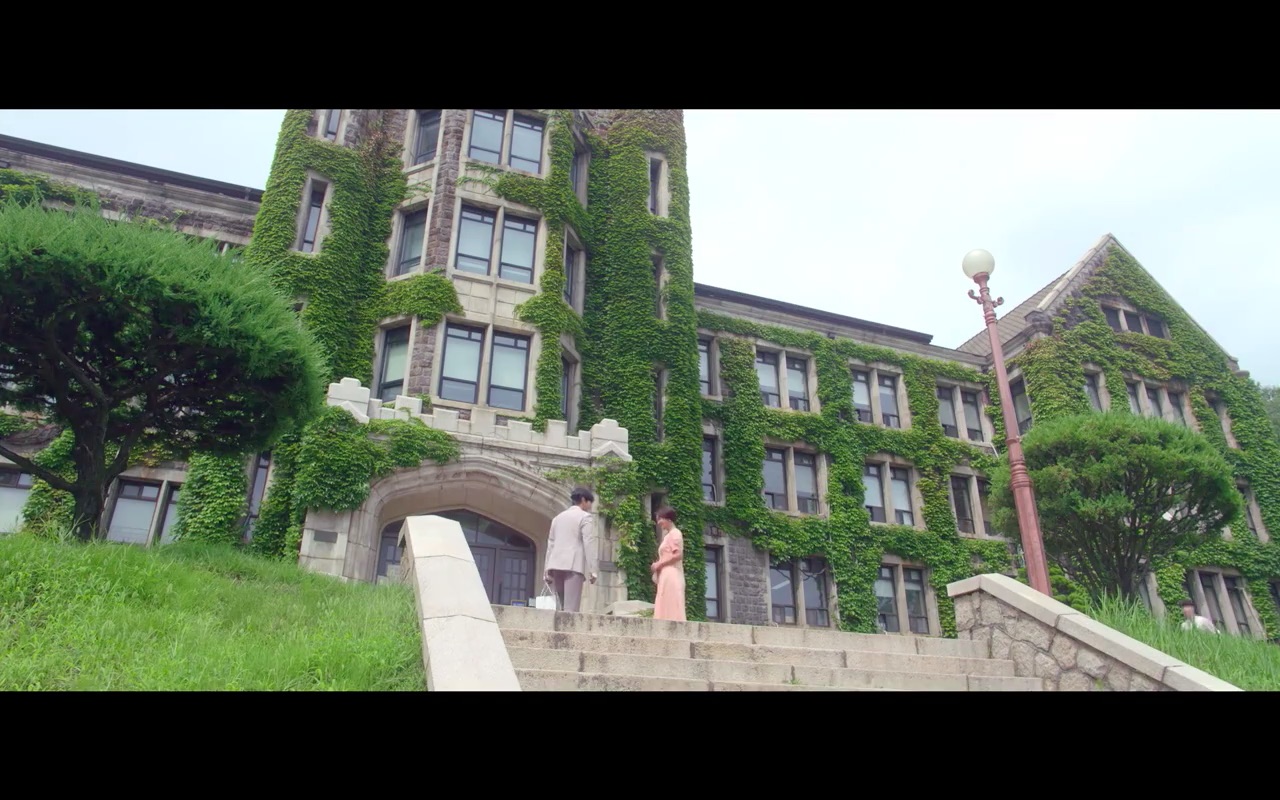 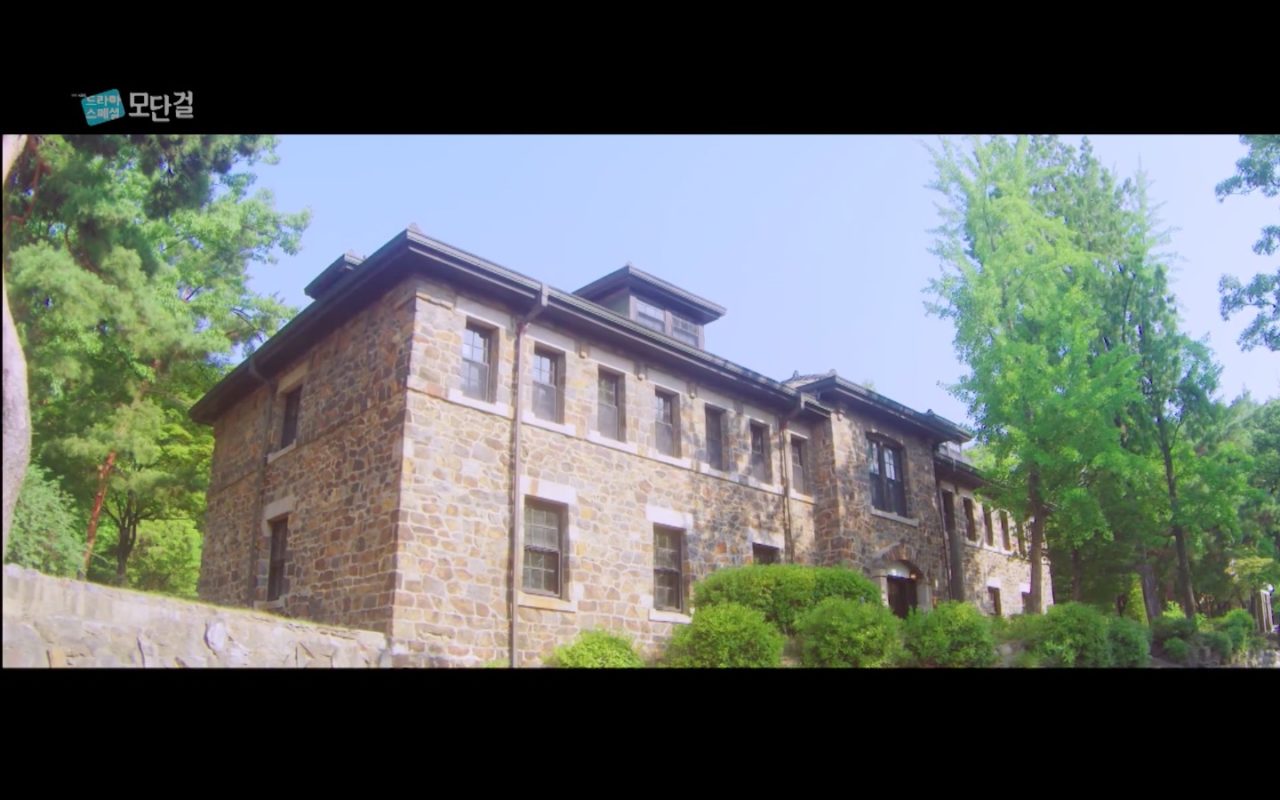 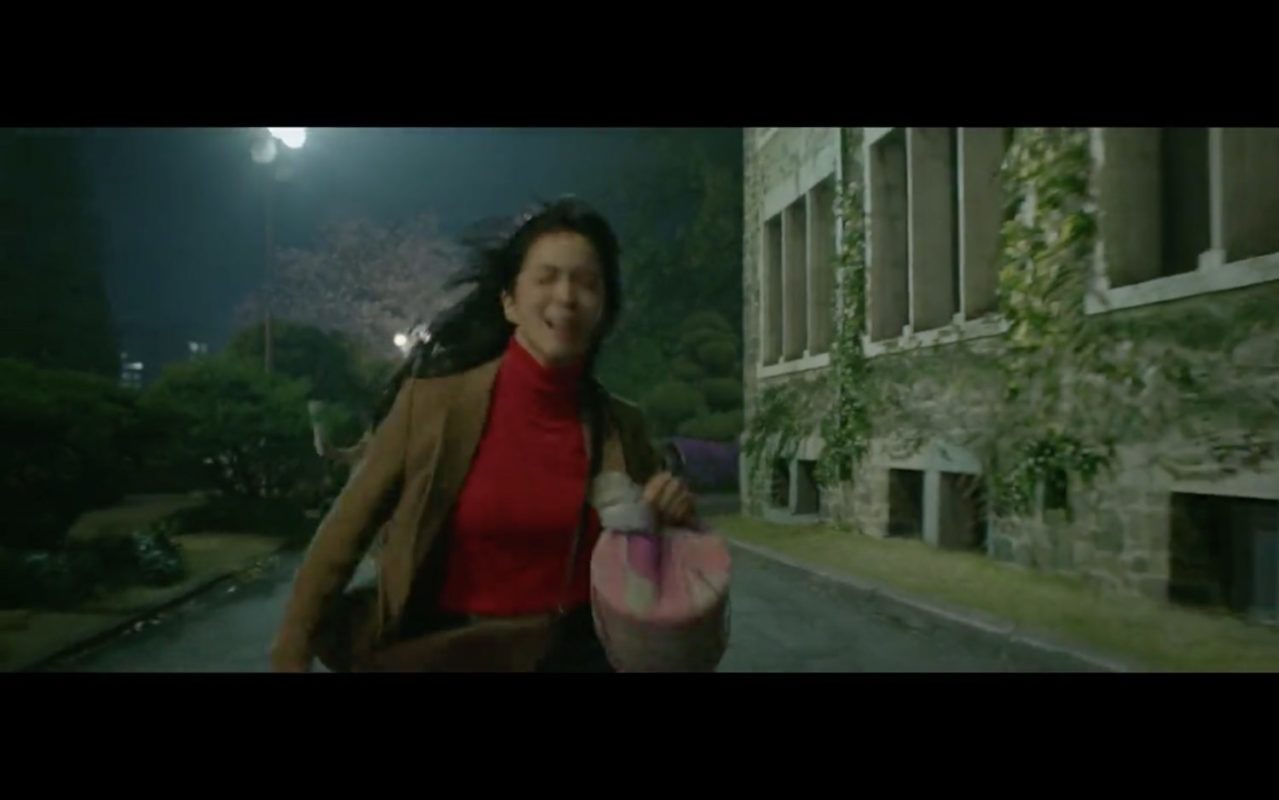 This is Sewoon High School in The Sound of Magic (Annarasumanara/안나라수마나라) (Netflix, 2022) — as seen, for instance, in final episode 6.

This campus is seen as parts of “Saebom High School” where Im Joo-kyeong (Moon Ga-young) transfers to in episode 1 of True Beauty/Yeoshingangrim (여신강림) (tvN, 2020-21), which is also where Lee Su-ho (Cha Eun-woo of ASTRO) also attends.

Kim Sun-hee (Choi Myoung-gil) comes to walk the grounds of her university alma mater ‘Hanguk University’ in episode 2 of Men Are Men / To All The Guys That Loved Me / That Guy Is The Guy (그놈이 그놈이다) (KBS2, 2020), and thinks back on the time that she harboured a crush on her senior. In episode 10, Hwang Ji-woo (Yoon Hyun-min) arranges to meet Seo Hyun-joo (Hwang Jung-eum) here, to walk the grounds and visit the library to show her proof of their past lives (in the forms of Kang Jin-ho and Song Min-ju respectively).

This is seen as the exterior of “Yonhui University” —the interior being here— where Yoon Ji-soo (Jeon So-nee) and Han Jae-hyun (Jin-young of GOT7) studies in the 90s in When My Love Blooms/The Most Beautiful Moment in Life (화양연화 – 삶이 꽃이 되는 순간) (tvN, 2020) — as seen in episode 1, when Ji-soo first encounters Jae-hyun at a student protest in April 1993.

This university appears as ‘Hanguk University’ where Cha Eun-ho (Lee Jong-suk) lectures at and holds a professorship in Literature Creation, as seen in episode 1 of Romance is a Bonus Book/Romance is a Supplement/How To Publish Love (로맨스는 별책부록) (tvN, 2019).

Kim Hyeon-jun (Lee Byung-hun) and Choi Seung-hee (Kim Tae-hee) meet here for the first time as students in episode 1 of IRIS (아이리스) (KBS2, 2009), and he asks her out for coffee.

Yu Seung-mi (Moon Chae-won) studies here in Brilliant Legacy/Shining Inheritance (찬란한 유산) (SBS, 2009) and Seon Woo-hwan (Lee Seung-gi) picks her up on his motorbike in episode 4 in front of the 연세대학교 유억겸기념관 building.

This is the building of the school which Goo Shin-deuk (Jin Ji-hee) and her handmaid Young-yi (Kim Si-eun) attend in KBS Drama Special: Modern Girl (모단걸) (KBS2, 2020), and where Nam Woo-jin (Yoon Ji-on) is a teacher.

Yonsei University [연세대학교], established in 1885, is considered the most prestigious South Korean university, along with Seoul National University and Korea University. The main campus in Sinchon, where all K-Dramas are filmed, is located in Seoul’s neighborhood Sinchon [Sinchon-dong/신촌동] in the Seodaemun District [Seodaemun-gu/서대문구].

Underwood Hall [연세대학교 언더우드관], the main administrative building, is considered a historic landmark and was designated historic site No. 276 in 1981. It was also selected in 2012 as one of 100 regular filming locations for movies and dramas by the Seoul Metropolitan Government and the Seoul Film Council, and featured in the brochure The Places In Seoul Cinema Fell in Love With (영화가 사랑한 서울 촬영지 100선).

The Yoon Dong-ju Memorial Hall [윤동주기념관] – previously known as Pinson Hall – was renamed in 2020 to honor the life and work of the prolific poet, who had lived here in his student days.

— Romance Is a Bonus Book, Abyss added by Thom Musni