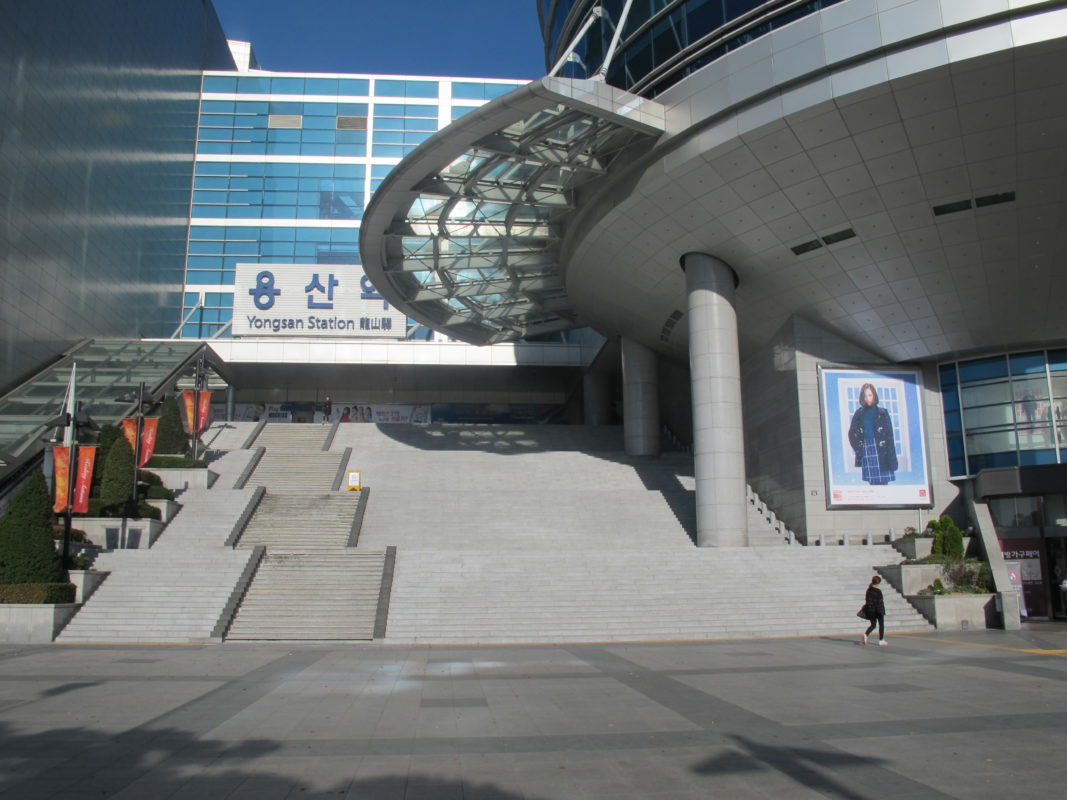 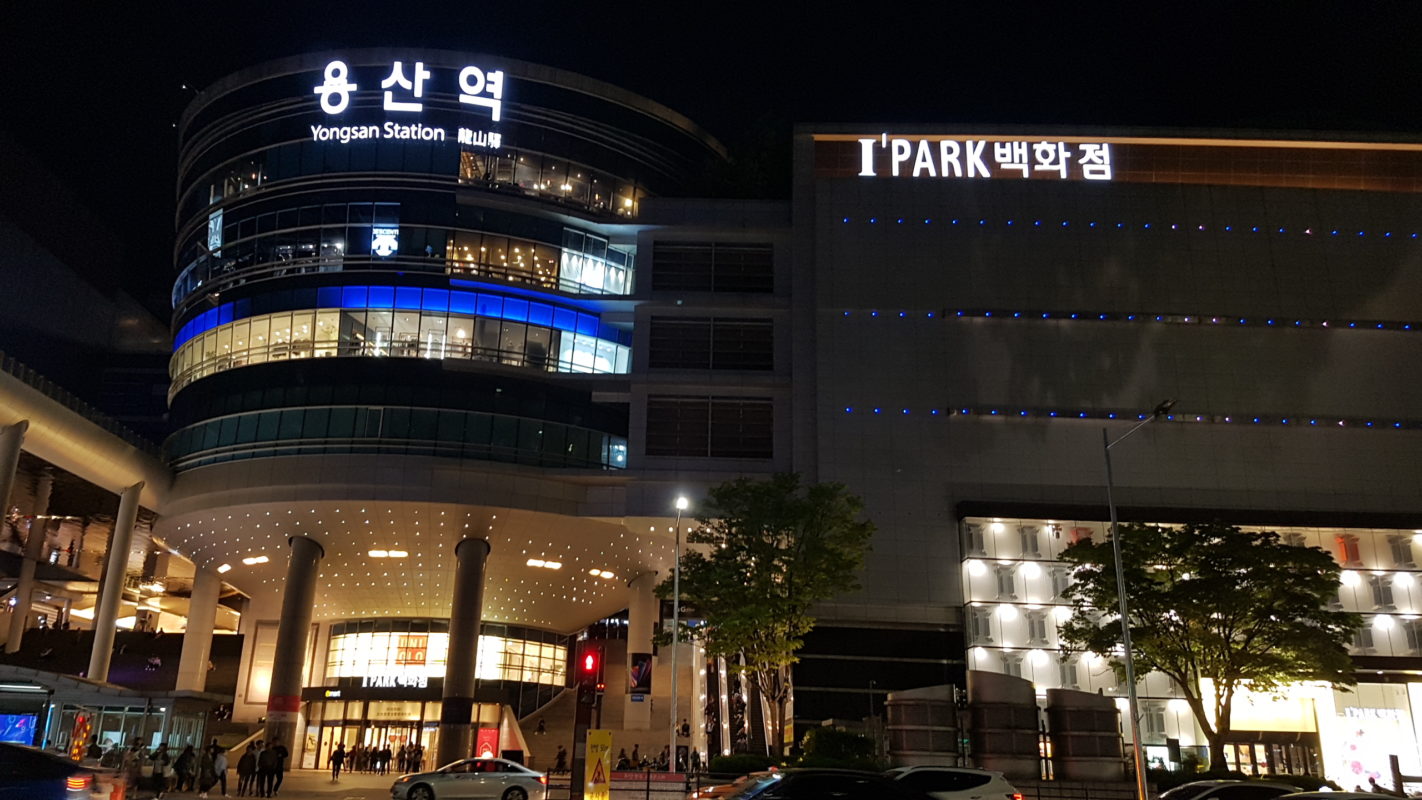 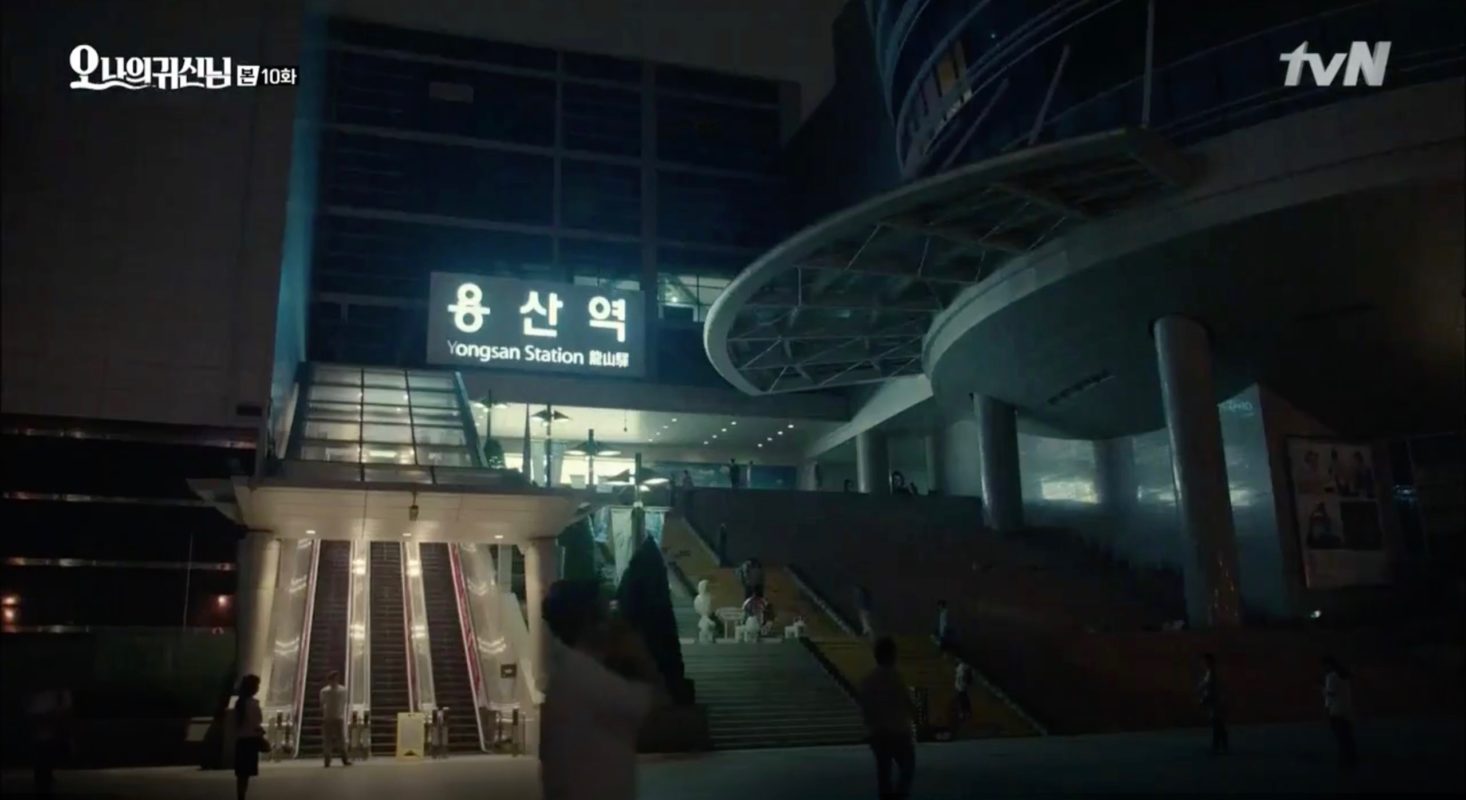 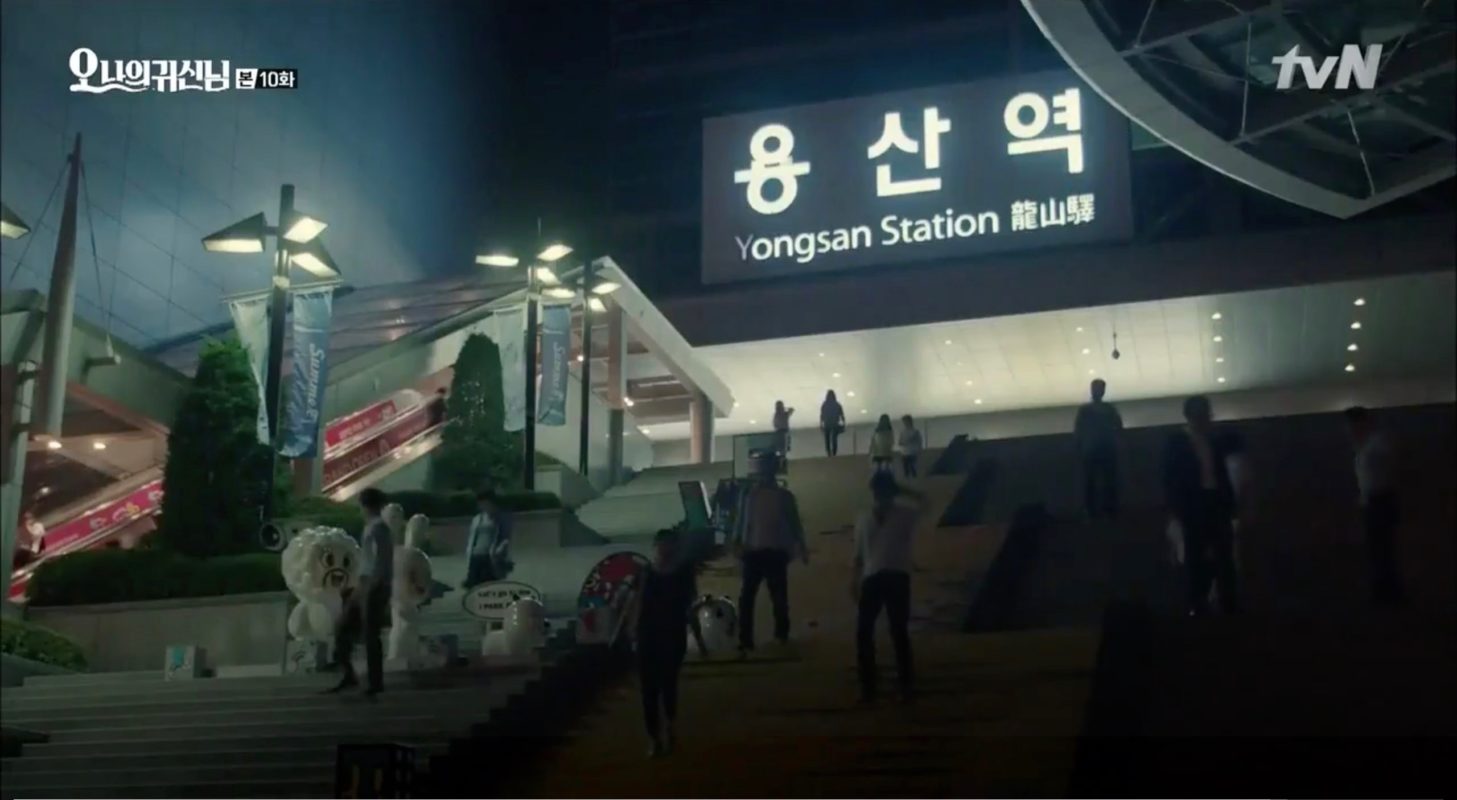 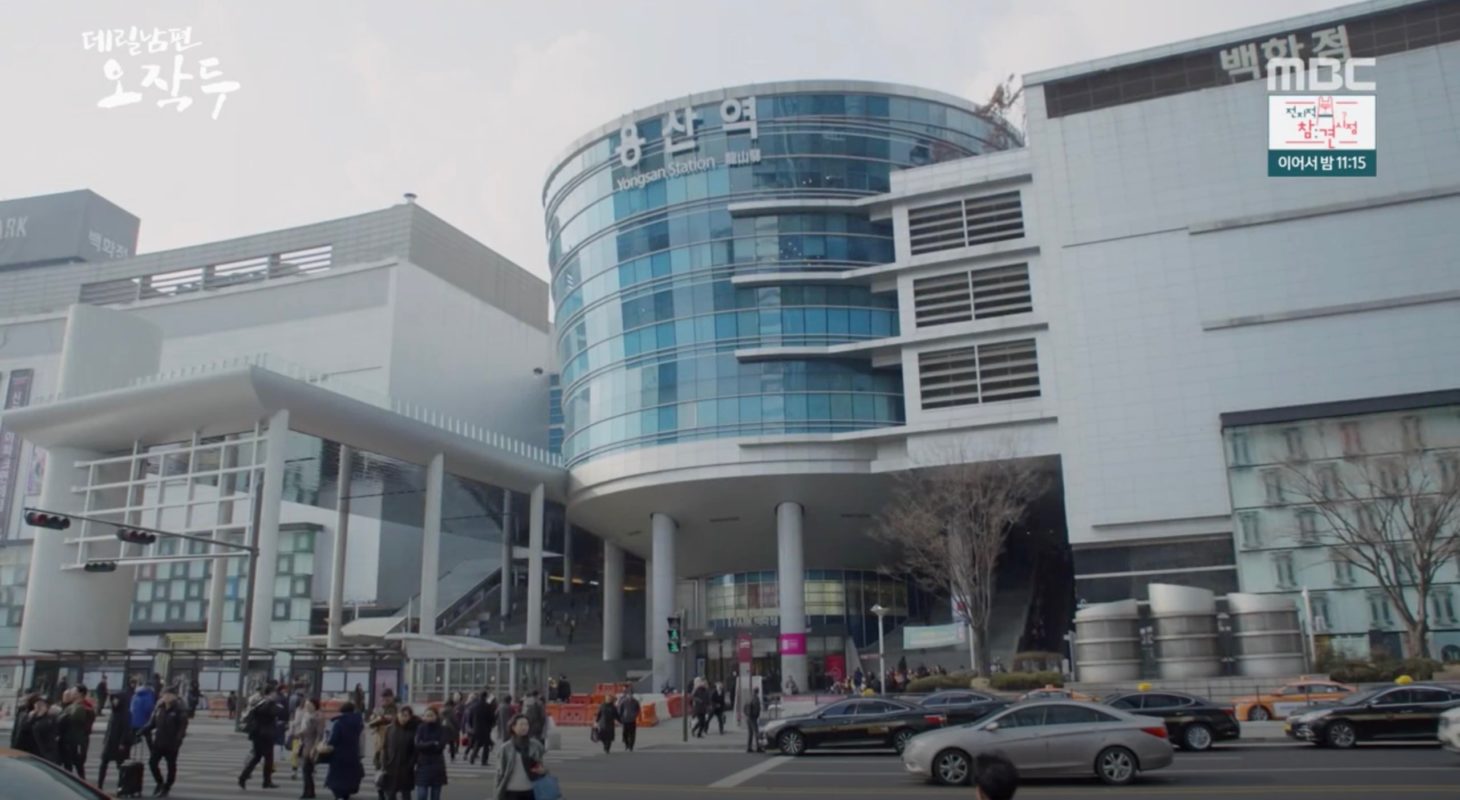 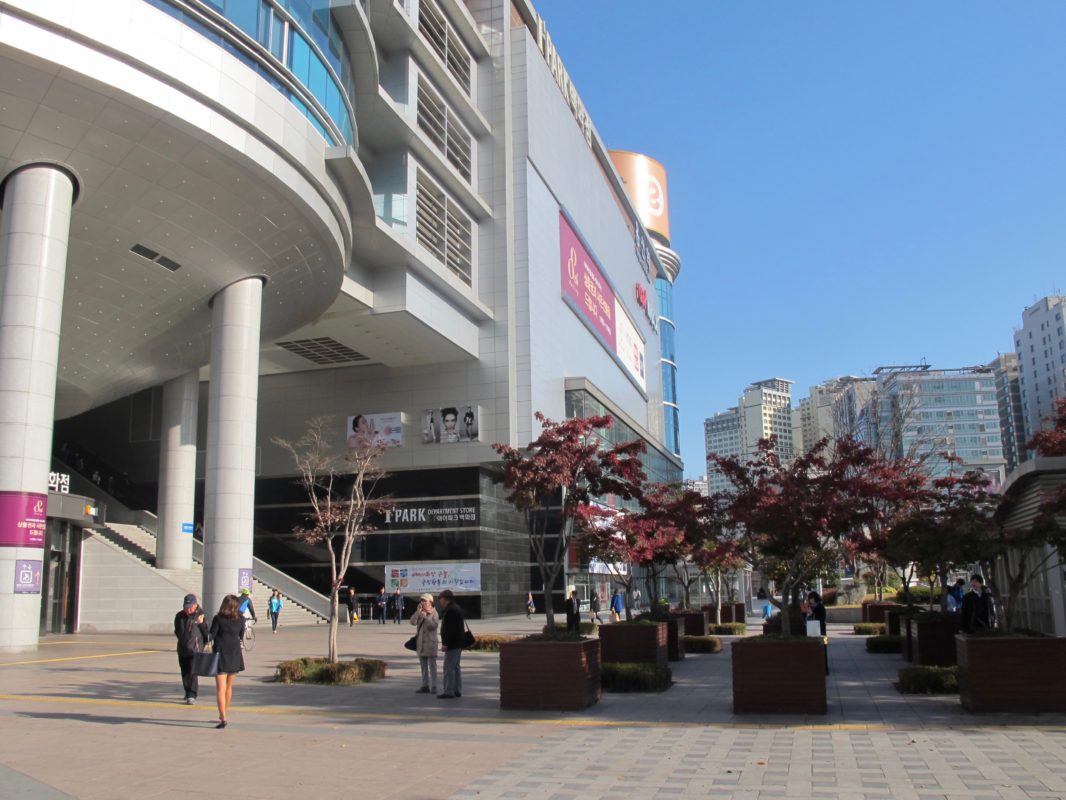 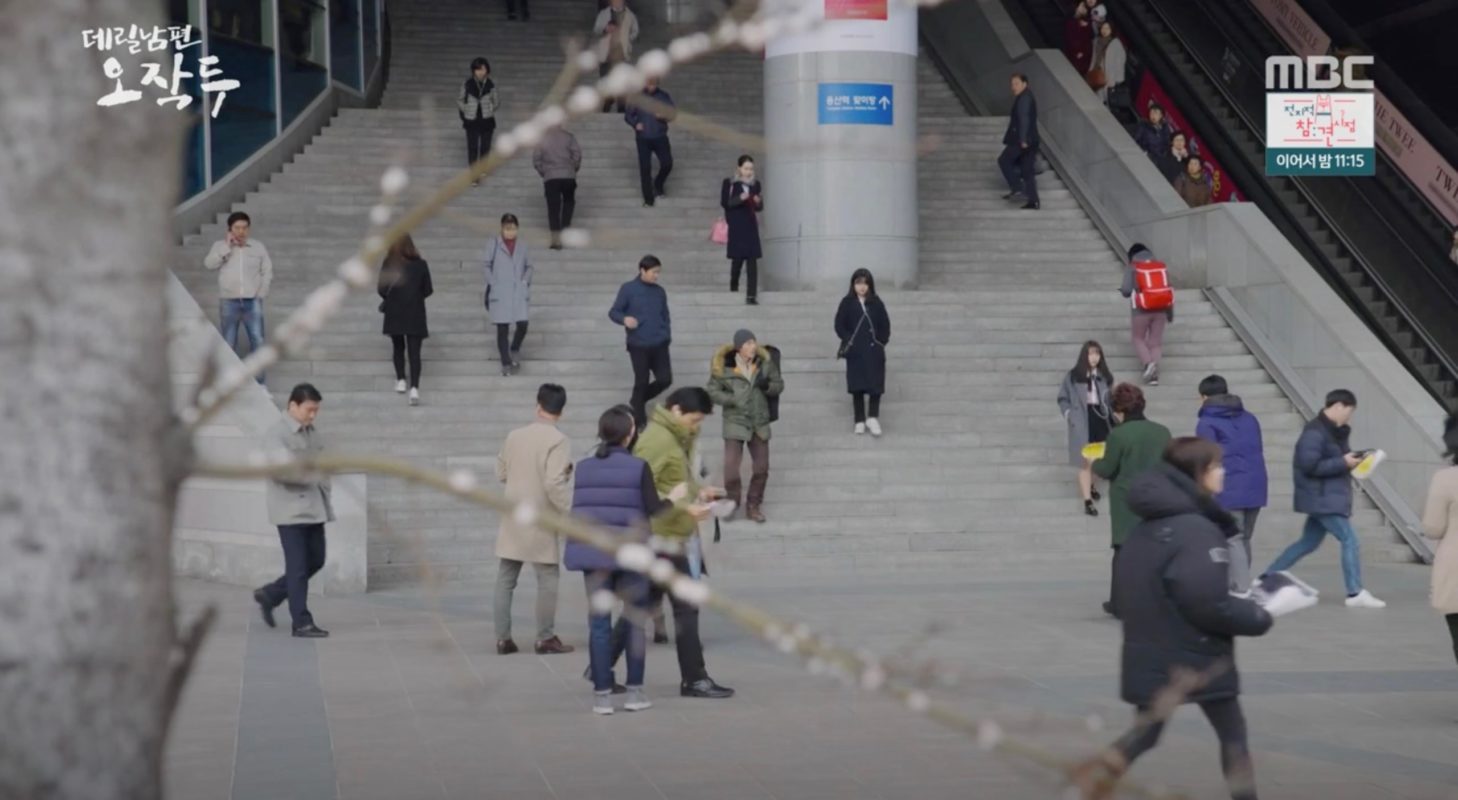 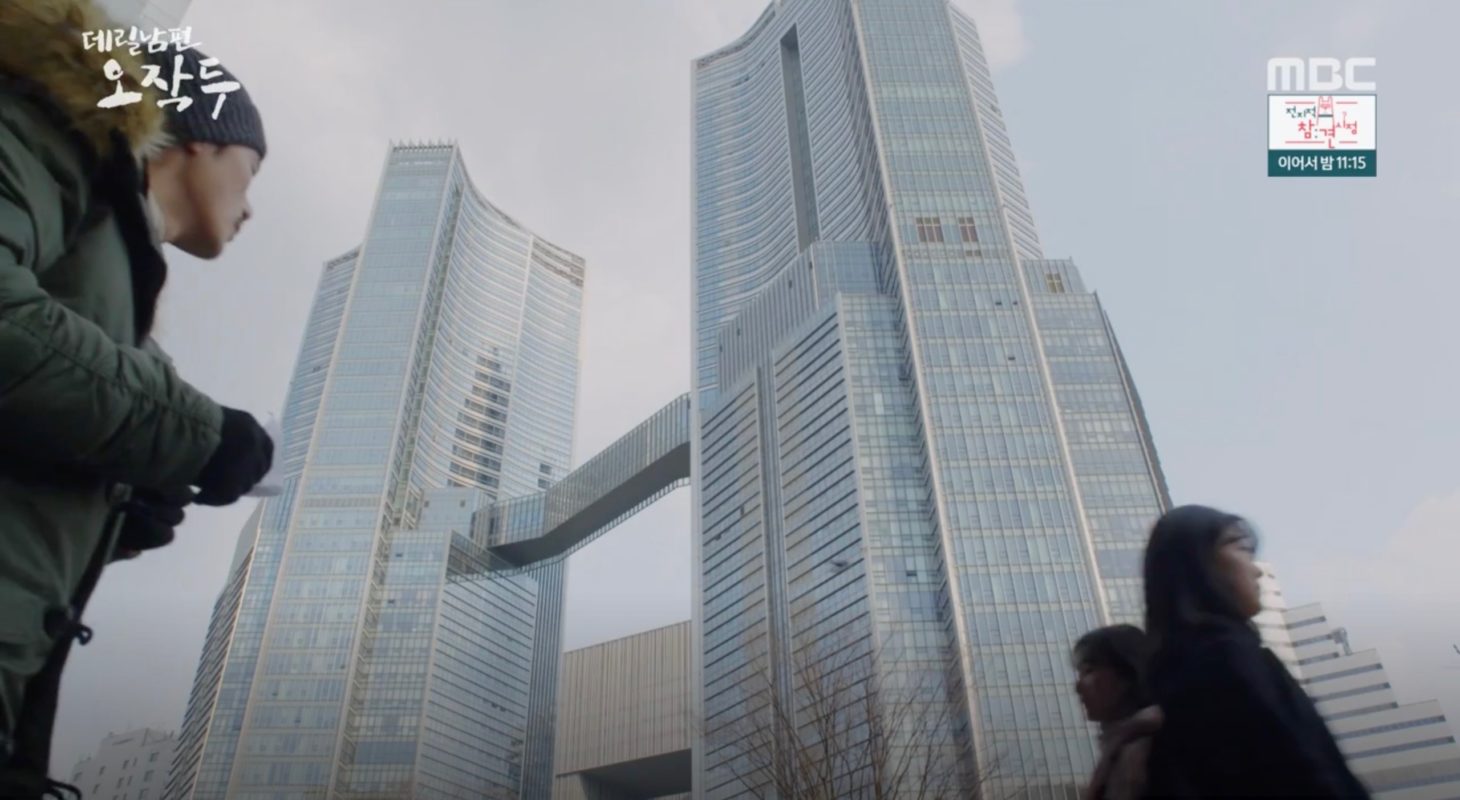 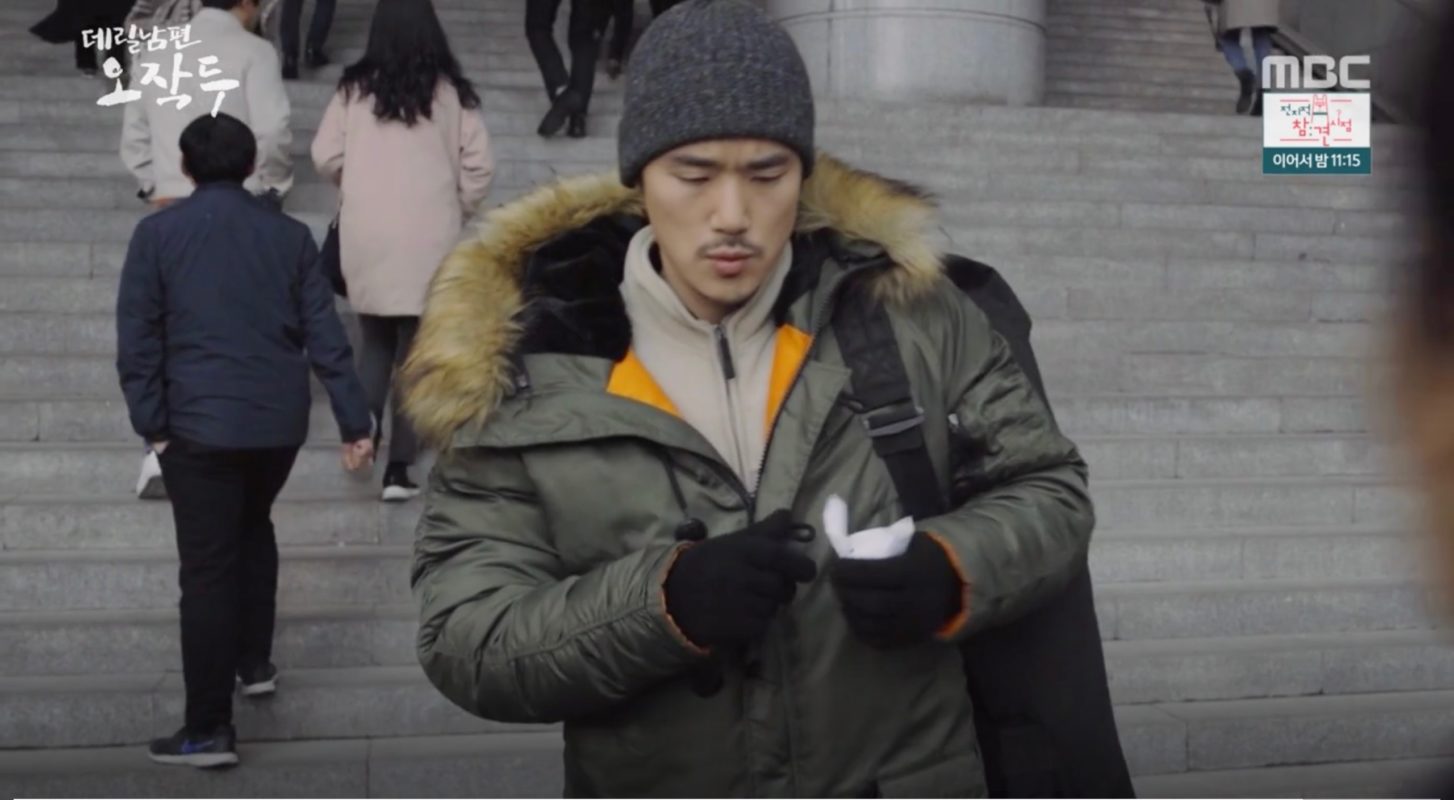 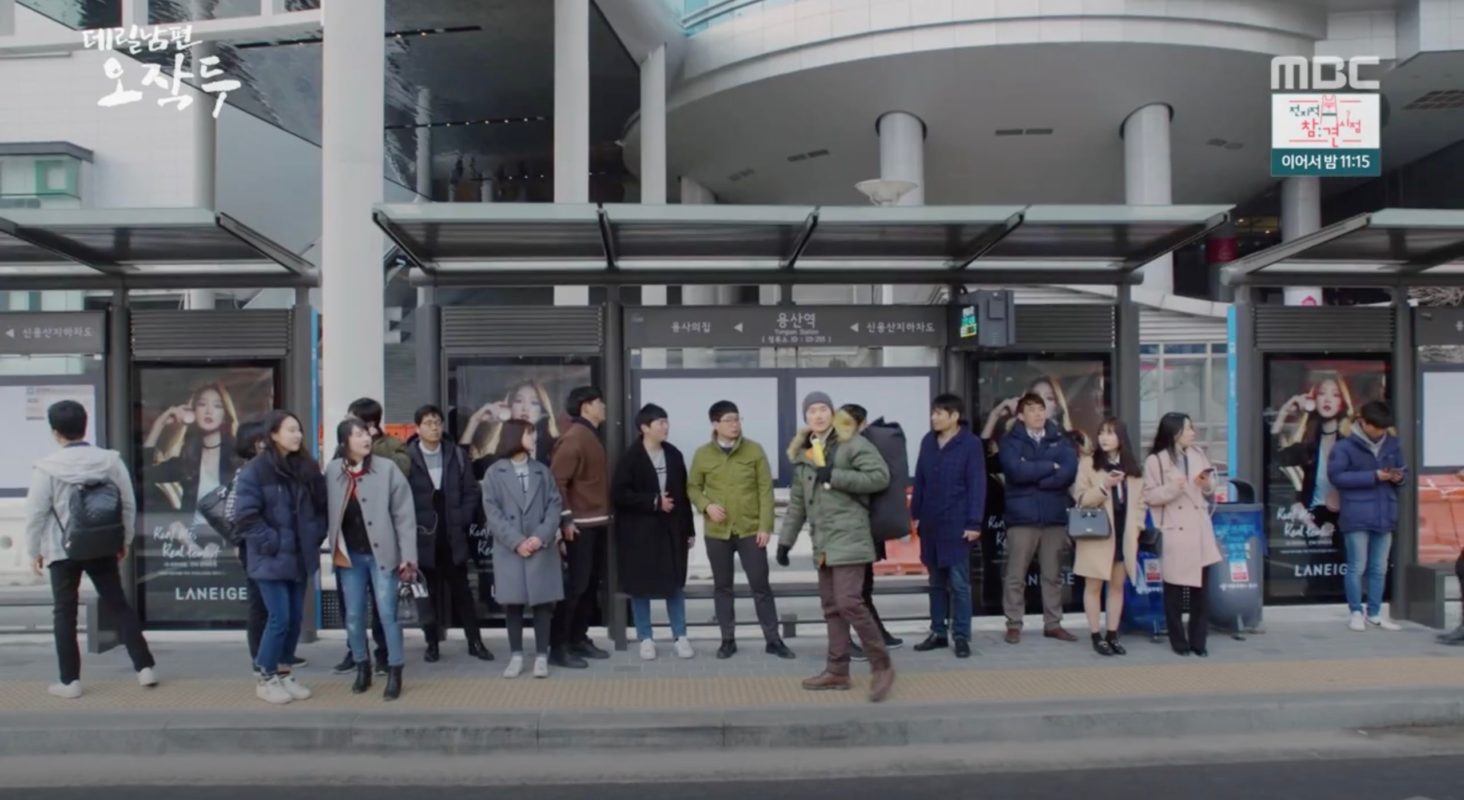 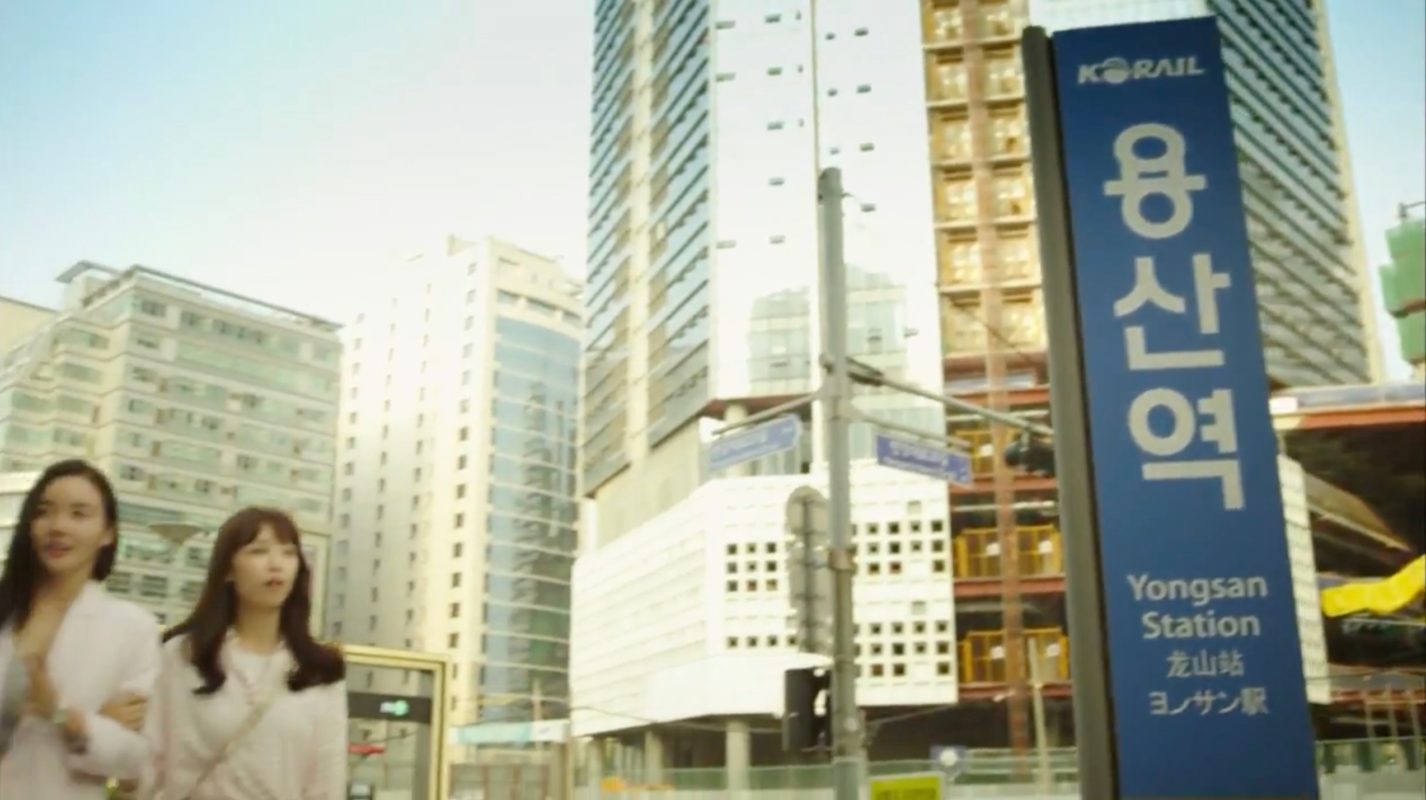 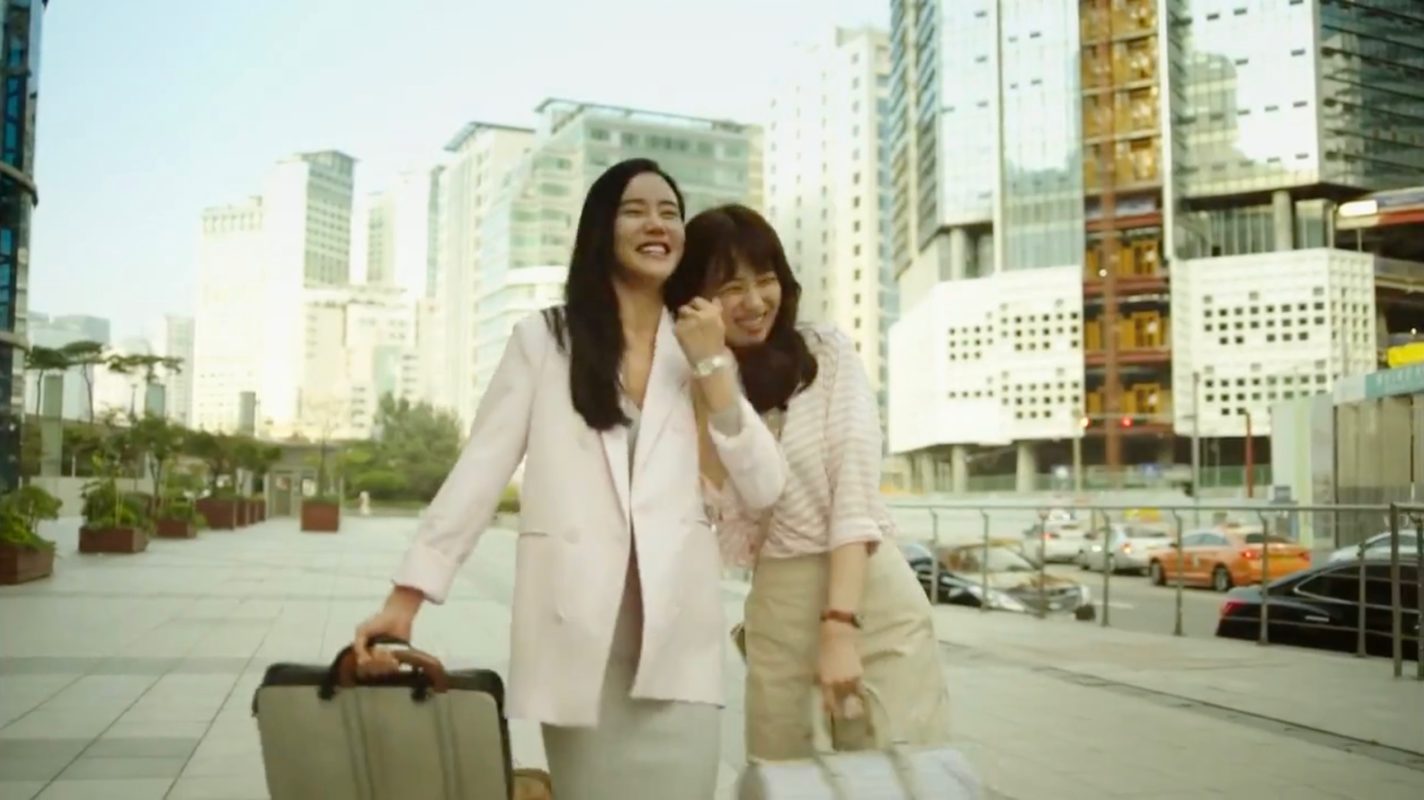 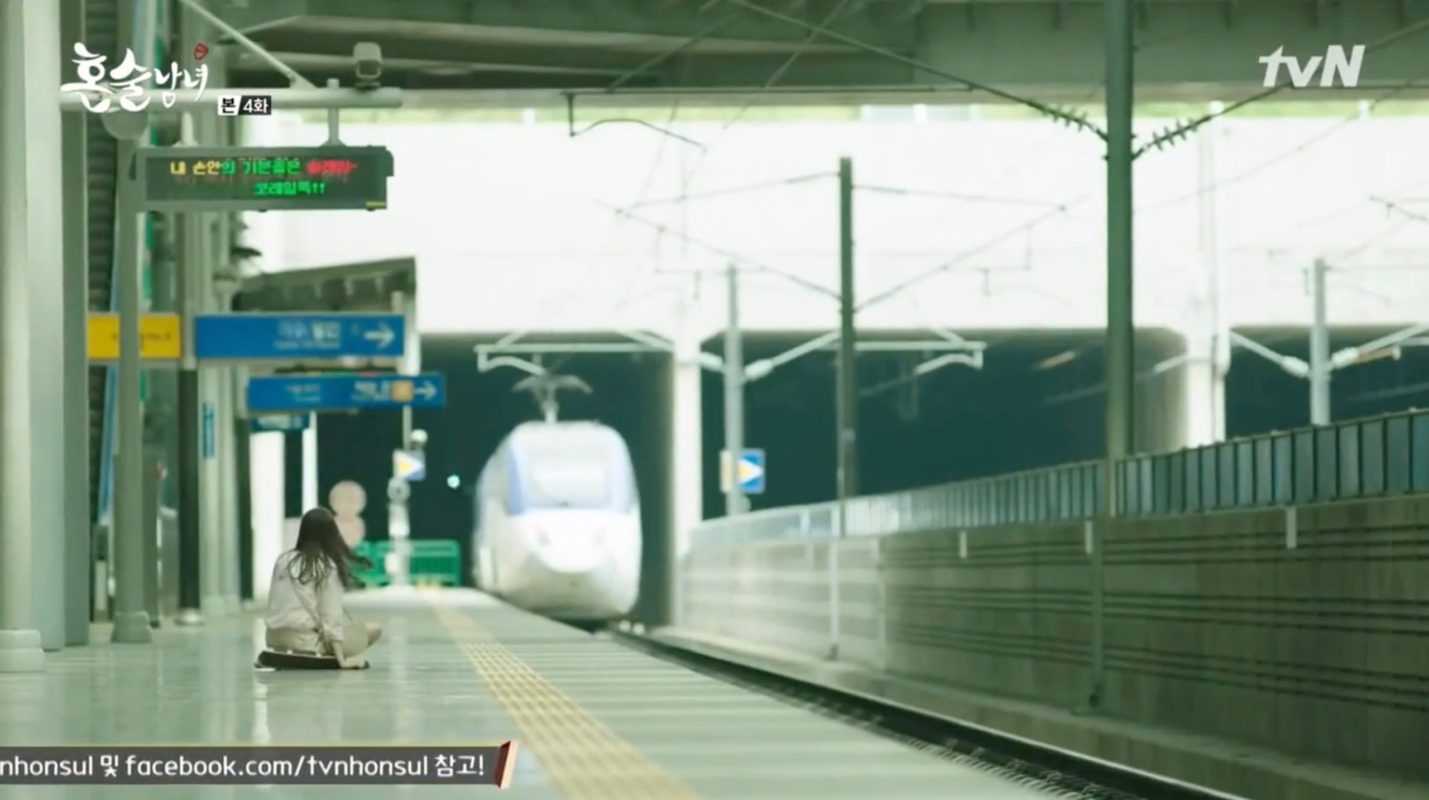 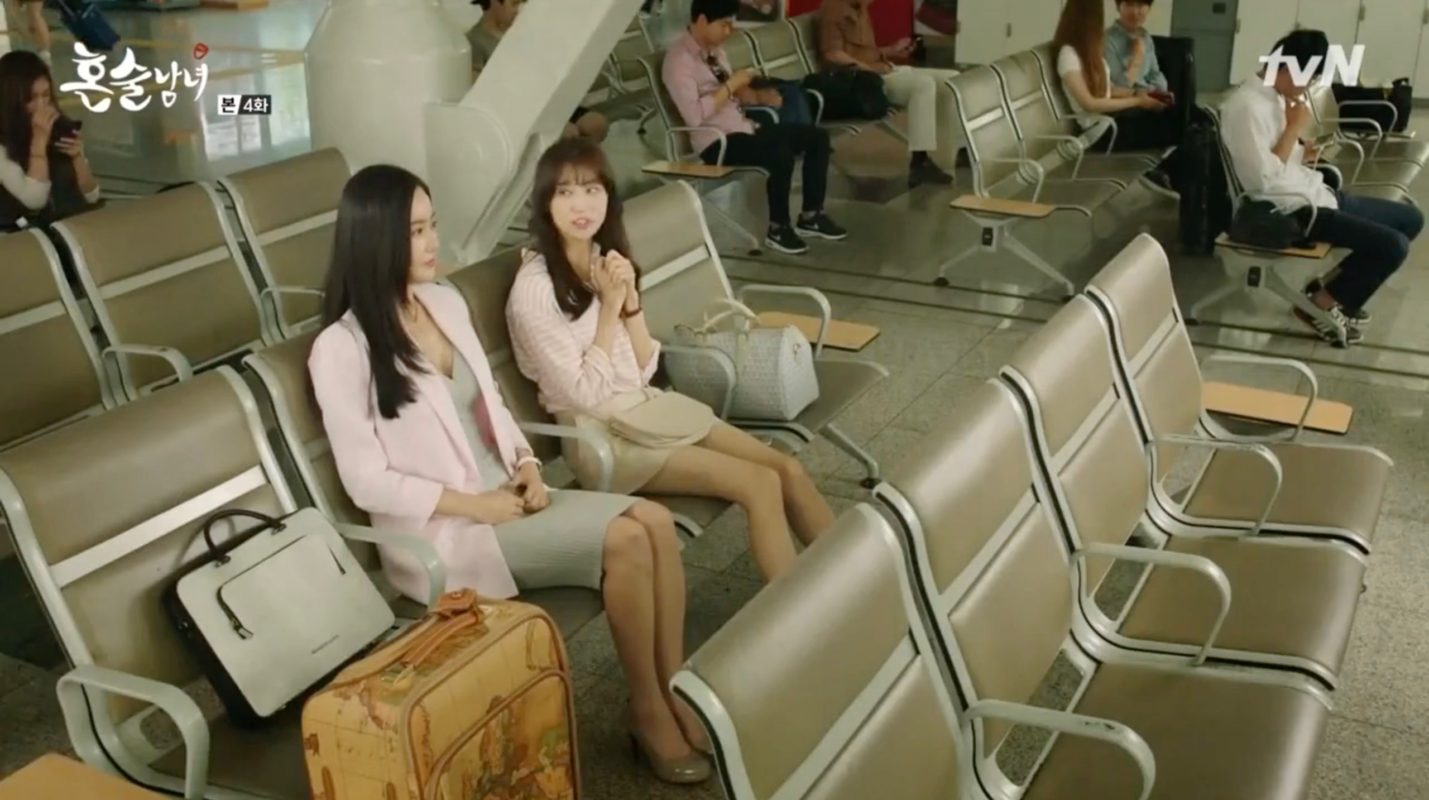 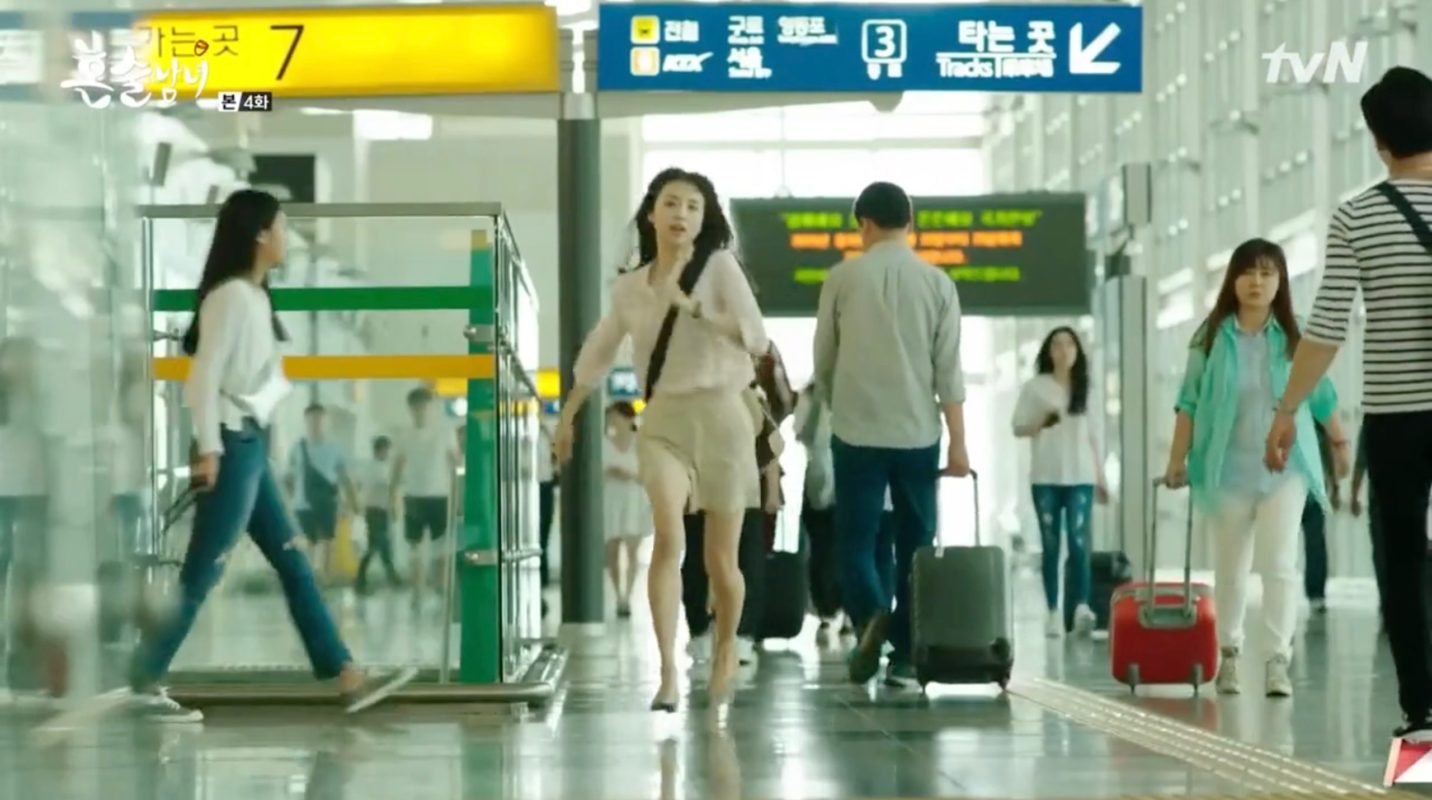 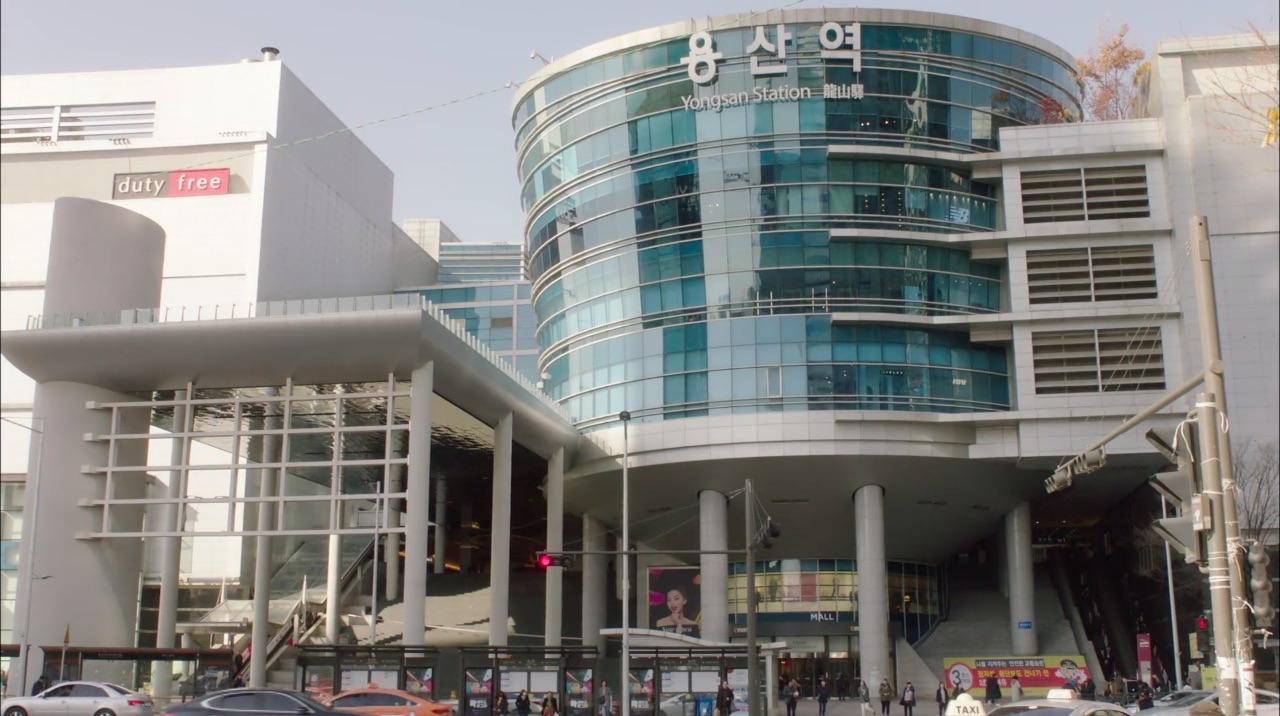 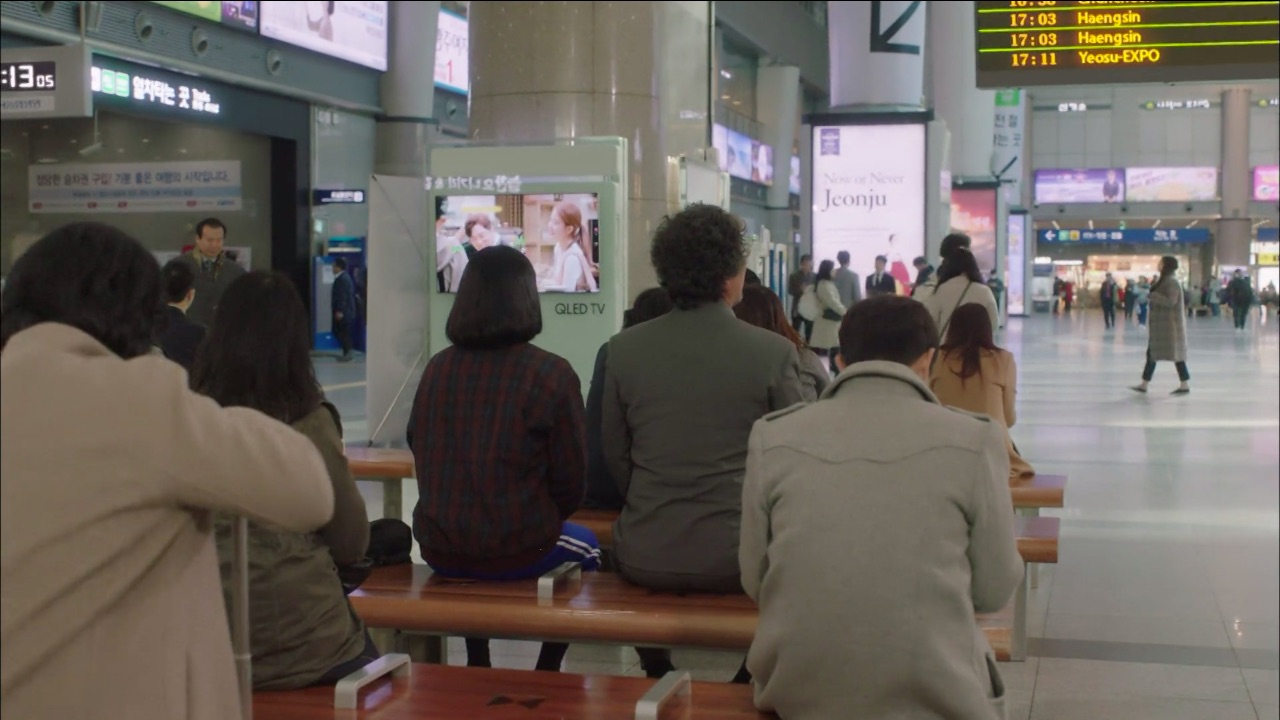 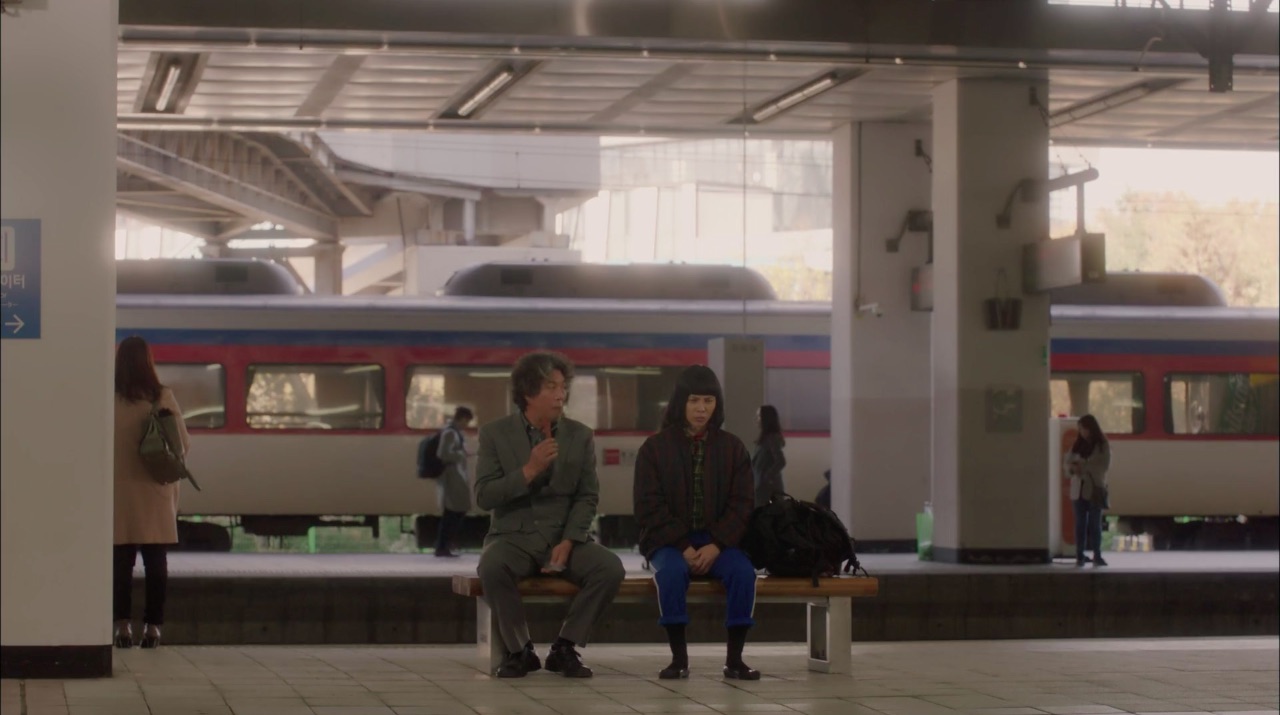 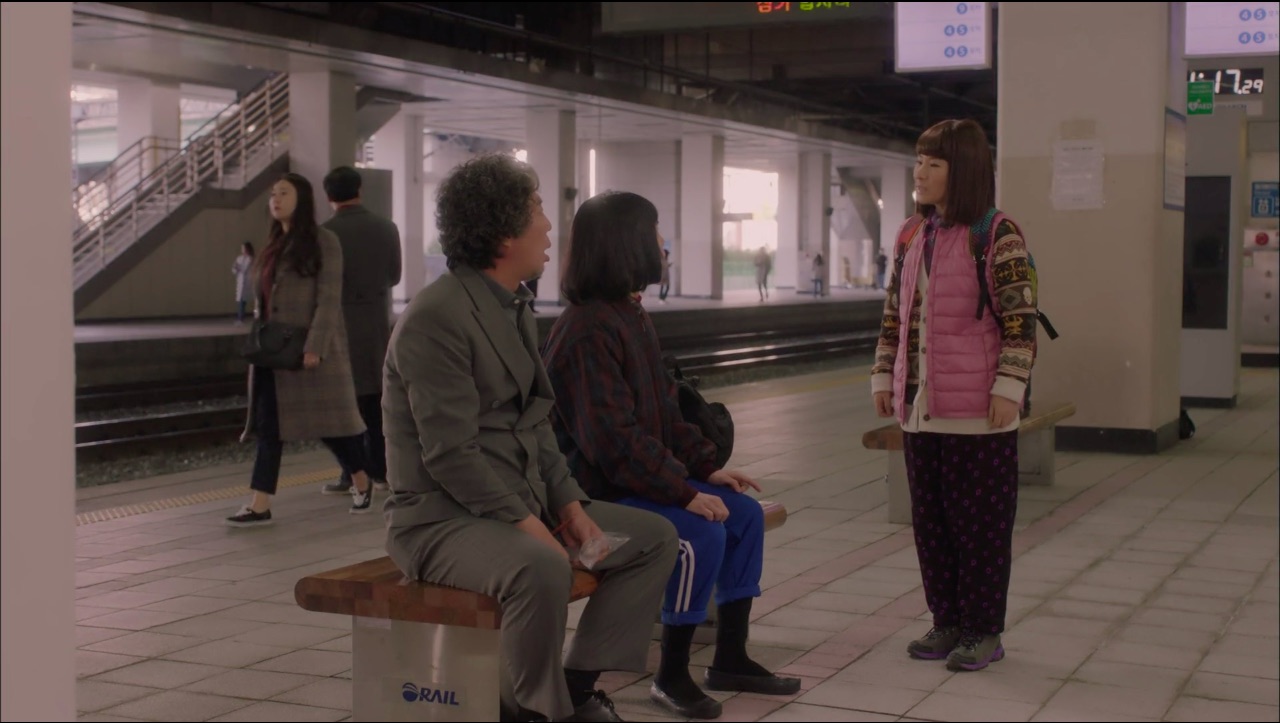 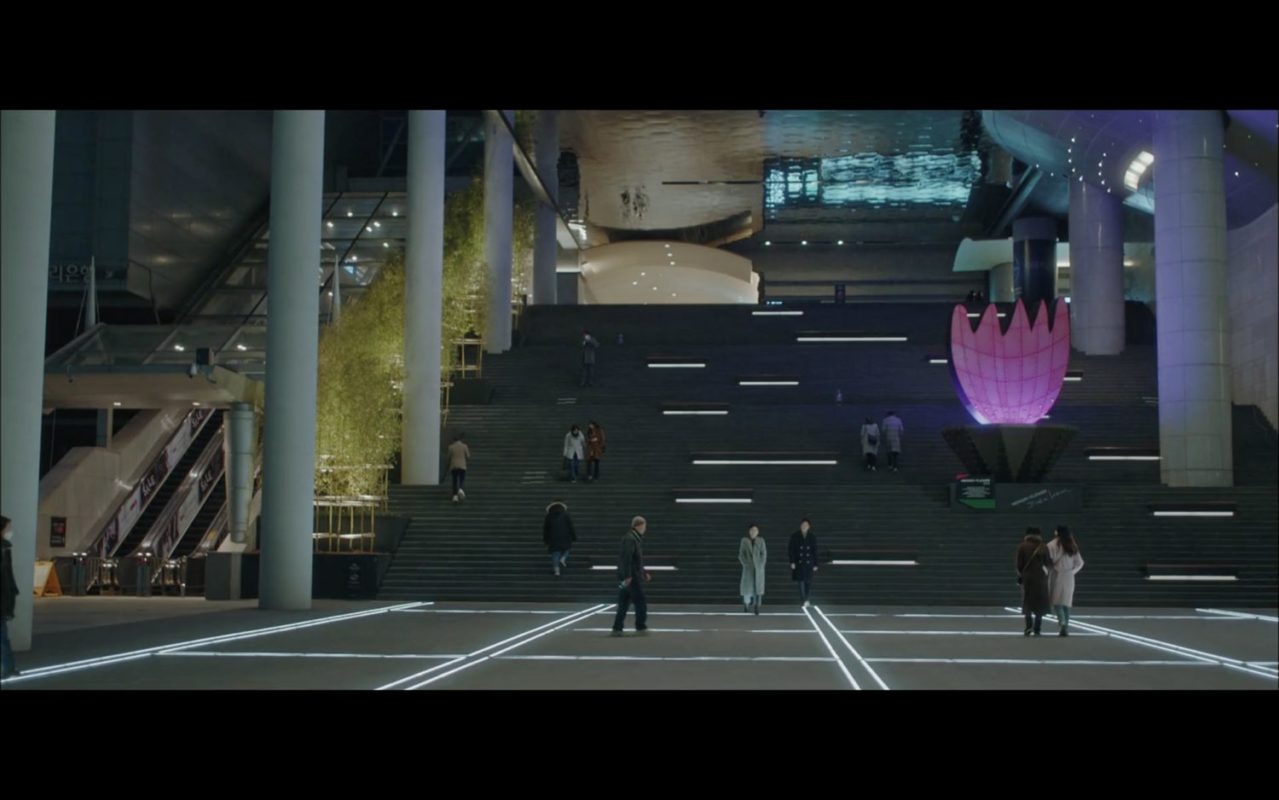 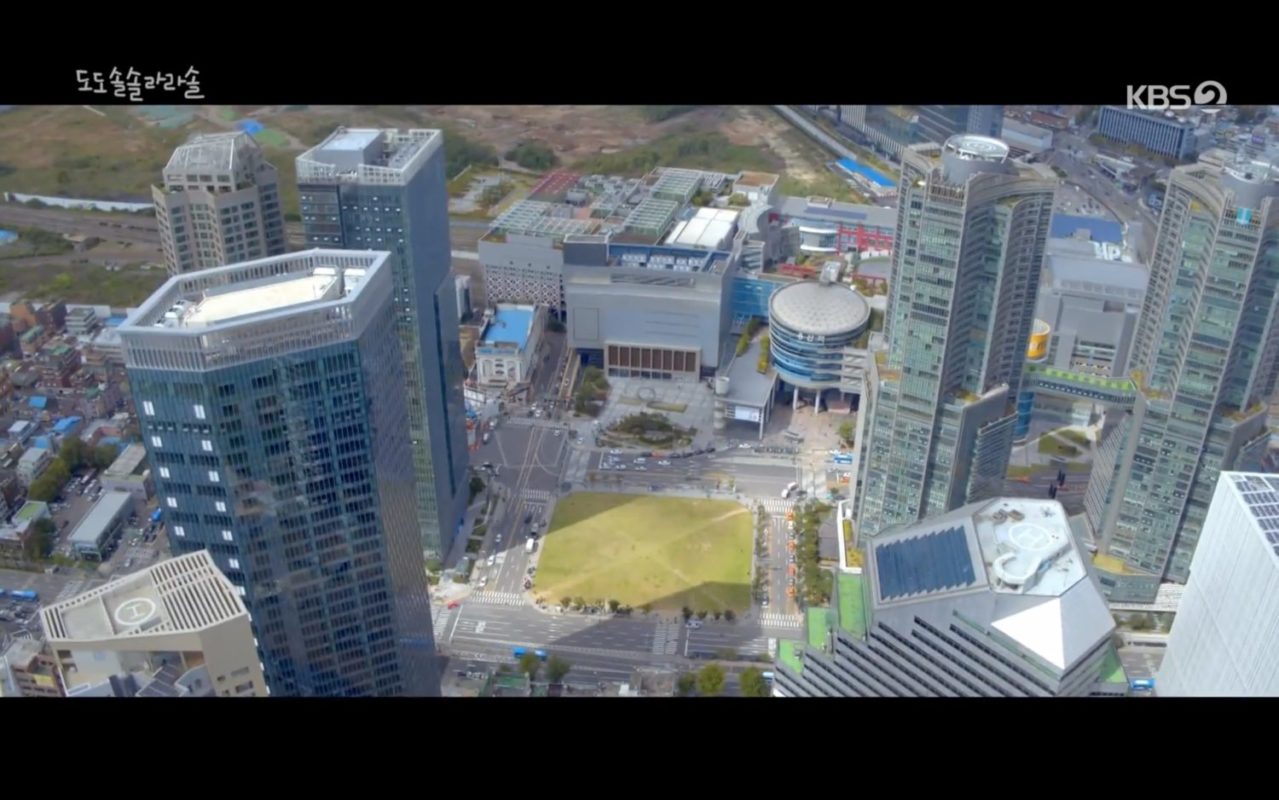 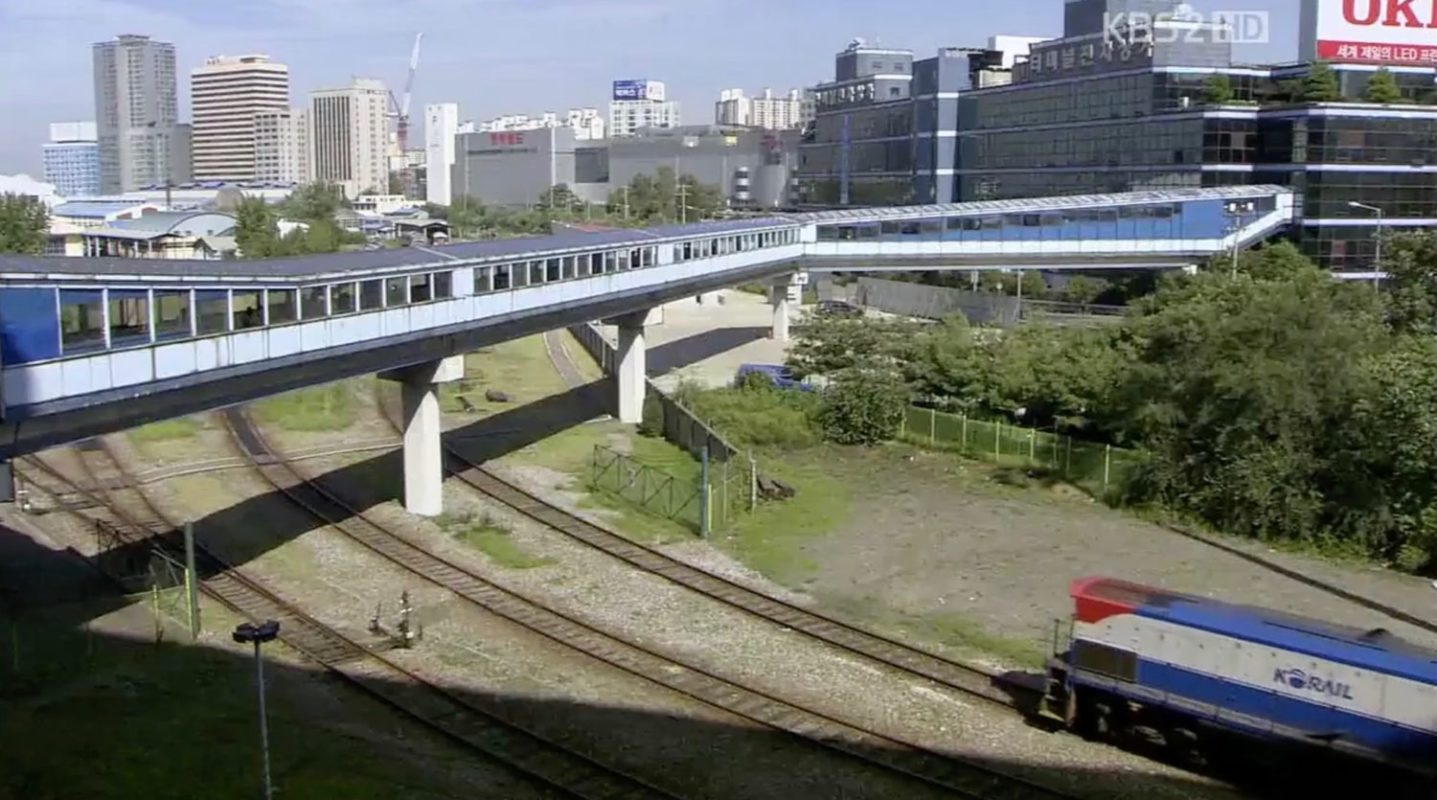 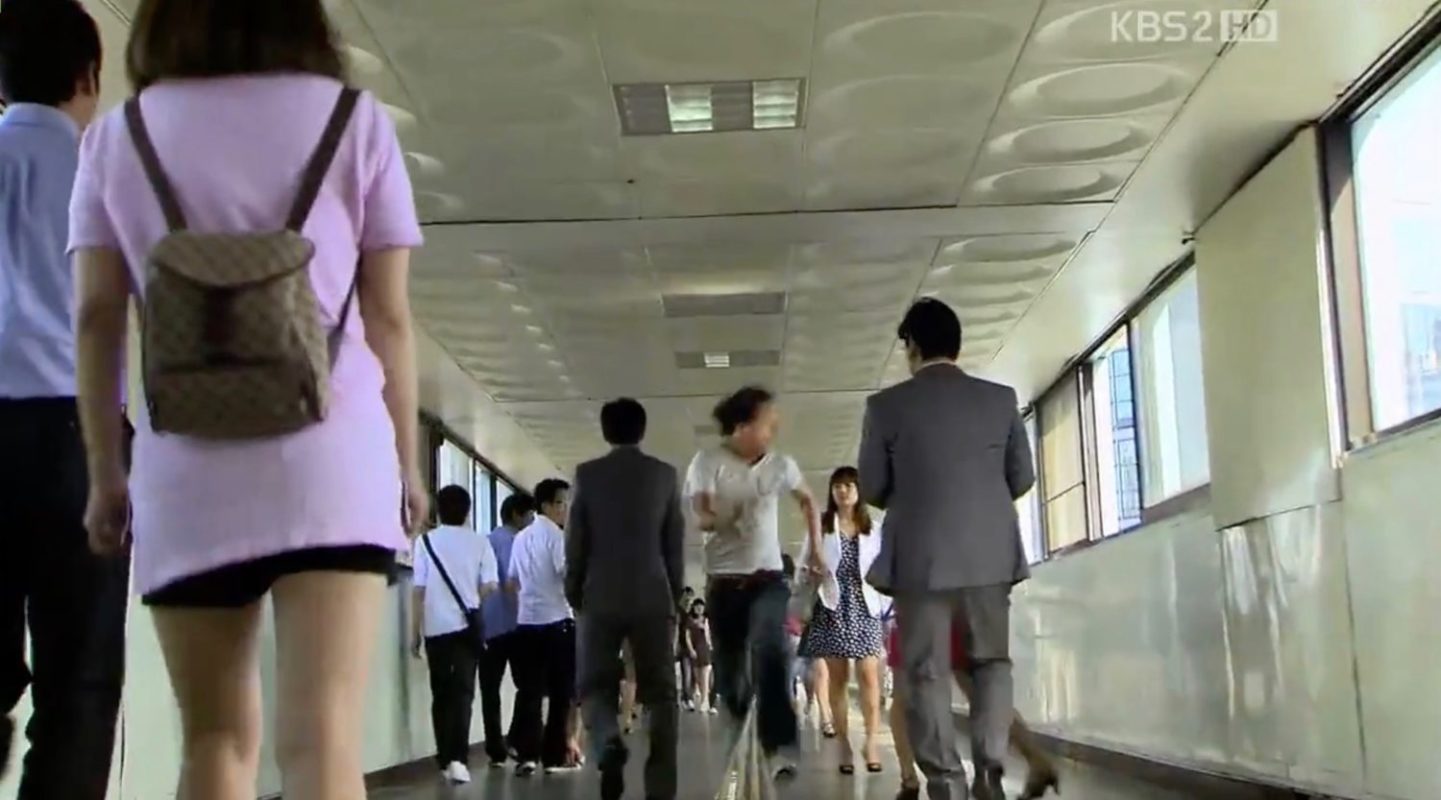 Han Tae-sul (Cho Seung-woo) and Kang Seo-hae (Park Shin-hye) both take a train direction Busan at this station in episode 2 of Sisyphus: The Myth (시지프스: the myth) (JTBC, 2021).

Jin Ha-young (Shin Eun-soo) and Lee Seung-ki (Yoon Jong-bin) arrive at this station in episode 11 of Do Do Sol Sol La La Sol (도도솔솔라라솔) (KBS2, 2020) after they had decided that it is time to go to Seoul and visit Sunwoo Joon (Lee Jae-wook).

Han Jae-hyun (Yoo Ji-tae) and Yoon Ji-soo (Lee Bo-young) return to this station after leaving the countryside in episode 2 of When My Love Blooms/The Most Beautiful Moment in Life (화양연화 – 삶이 꽃이 되는 순간) (tvN, 2020). In episode 4, he follows Yoon Ji-soo (Lee Bo-young) after she arrives here after a visit to their sons’ boarding school, and continues to do so all the way down the stairs of this building, until she takes a bus just in front of this station (which he then follows by taxi).

Teacher Goo (Ahn Kil-sang) and Mountain God/Wizard Park (Kim Min-kyu) wait at this station for their train back to Gyeryong in episode 14 of Mama Fairy and the Woodcutter/Gyeryong Fairy Tale/Tale of Fairy (계룡선녀전) (tvN, 2018). Fairy Oh (Hwang Young-hee) is nowhere to be seen, and Teacher Goo tells Wizard Park for upsetting her. Later, Fairy Oh turns up with a new hairstyle, and Wizard Park finally owns up to his feelings for her.

This is where Park Ha-na (Park Ha-sun) and her colleague Hwang Jin-yi (Hwang Woo Seul Hye) head to in episode 4 of Drinking Solo (혼술남녀) (tvN, 2016). Ha-na finally can’t get on the train because she — send on a mission by her boss to get his briefcase that he had left in a cafe at the station — finally misses the train by a couple of seconds.

This station appears in a interlude right after Kang Sun-woo (Jo Jung-seok) has told his ex-crush that he has somebody he likes in episode 10 of Oh My Ghostess/Oh My Ghost (오 나의 귀신님) (tvN, 2015).

Exit 3 — Hwang Tae-hee (Joo Won) follows a culprit into the overpass which connects Exit 3 to the station in episode 1 of Ojakgyo Family/Ojakgyo Brothers (오작교 형제들) (KBS2, 2011-12).

Yongsan Station [용산역], opened on July 8 1900 and serving Seoul Subway Line 1 since December 1978, is an important railway station in Seoul. It is served by Seoul Subway Line 1 and the Jungang Line as well as high-speed and long-distance trains. The station is located in Seoul’s neighborhood Hangangno [Hangangno-dong/한강로동] 1∼3 in the Yongsan District [Yongsan-gu/용산구].