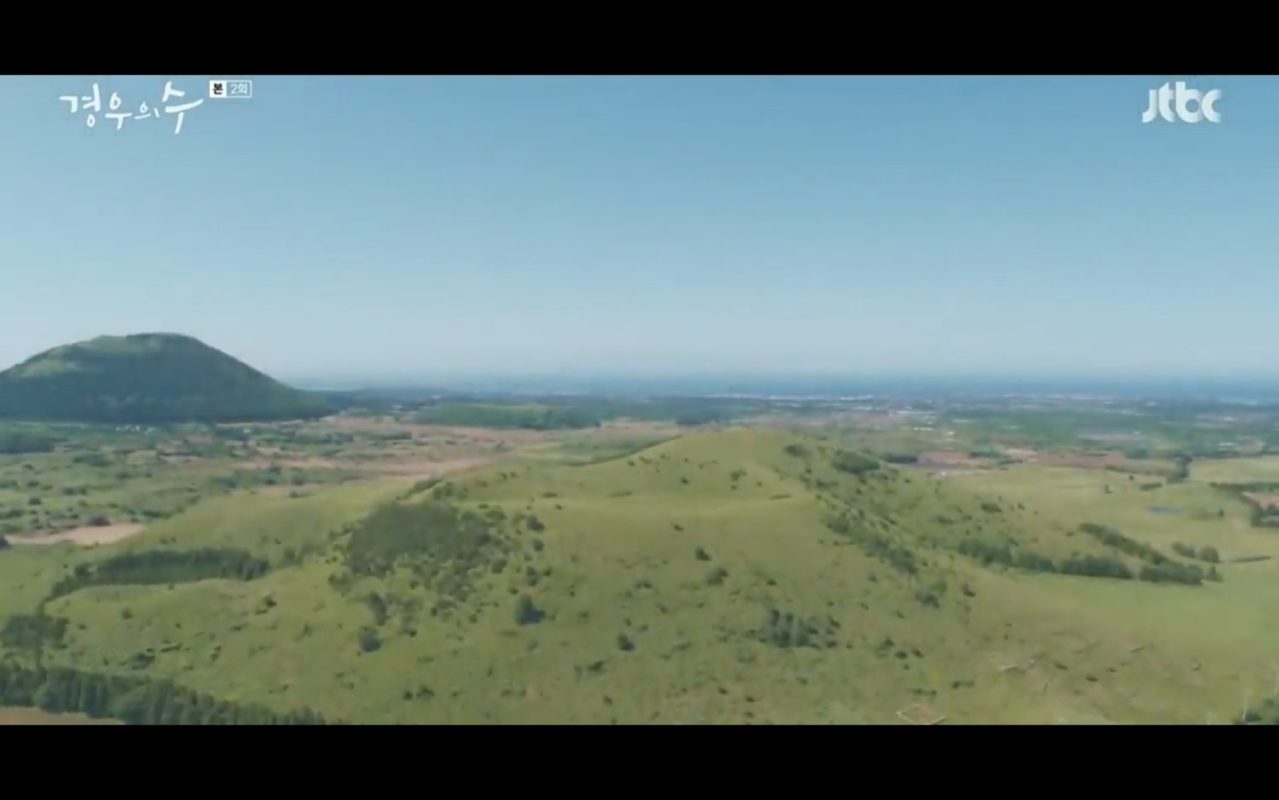 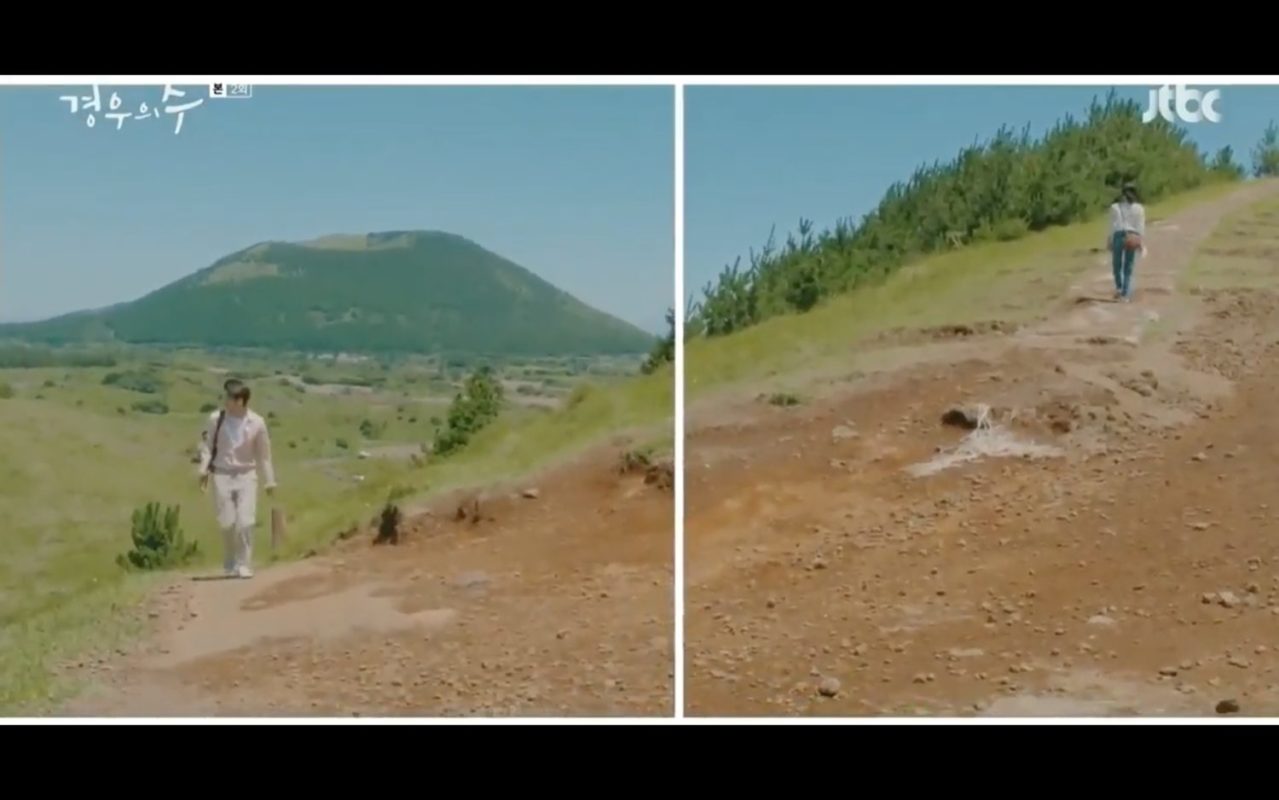 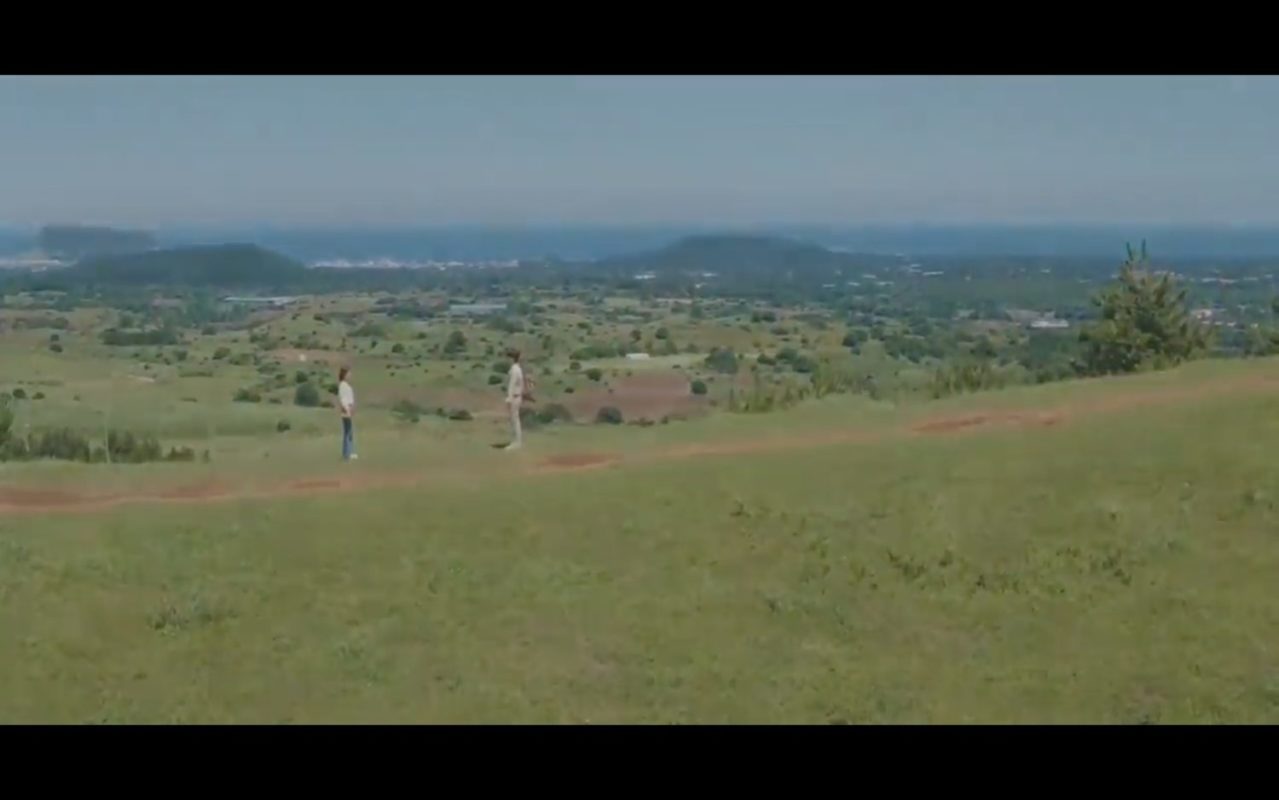 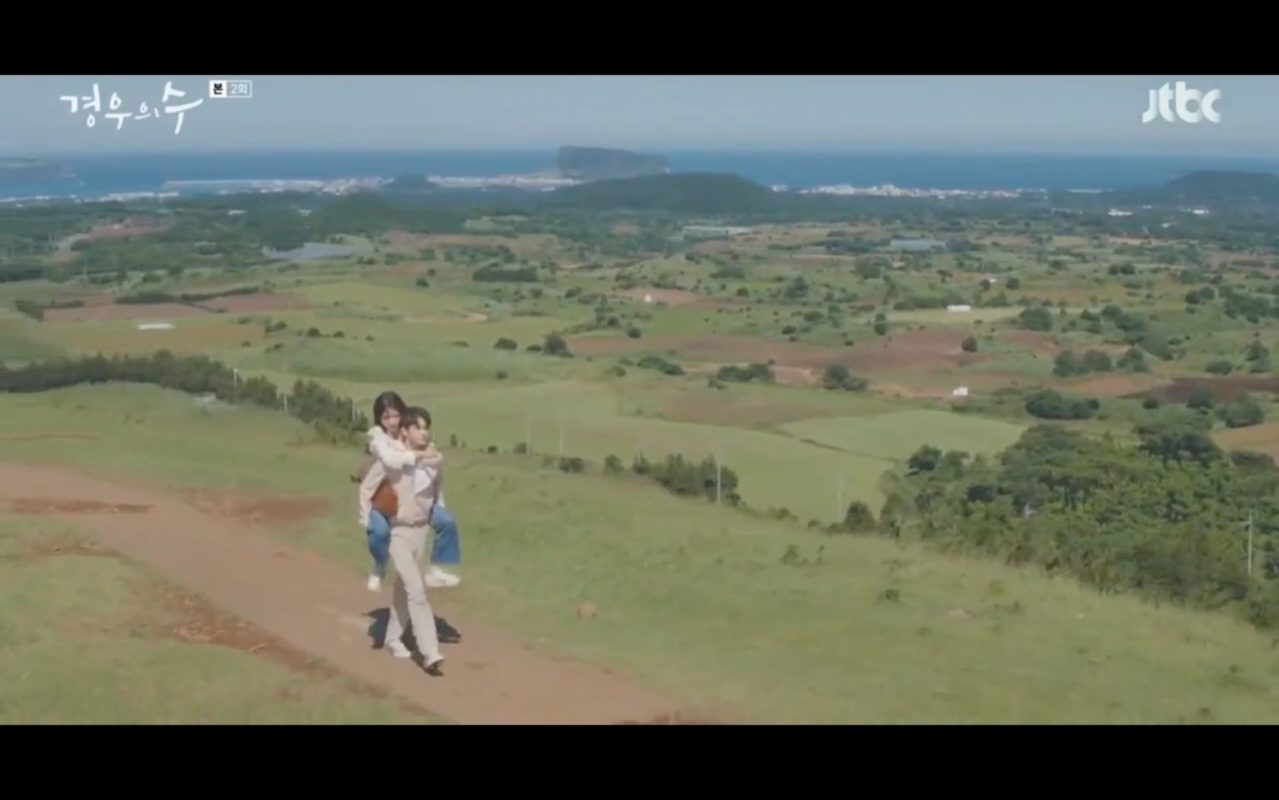 After three years, Kyung Woo-yeon (Shin Ye-eun) and Lee Soo (Ong Seong-wu of Wanna One) meet by chance on this hill while exploring Jeju Island in episode 2 of More Than Friends/Number Of Cases (Kyeongueui Su/경우의 수) (JTBC, 2020). Her first reaction is to run away, hurting her ankle while doing so, which makes Lee Soo piggyback her down the hill.

Yongnunioreum [용눈이오름], also called Yonganak (龍眼岳) meaning ‘Dragon Eye Mountain’, is one of the over 360 parasitic cones (oreums) –an accumulation of volcanic material in a cone-shape native to Jeju Island– that is located in the village of Jongdal [Jongdal-ri/종달리] in Jeju’s Gujwa Township [Gujwa-eup/구좌읍]. This 88m high oreum, composed of three peaks/craters at its top, is one sought after by many photogrpahers because of its ridgeline, which looks like the cruve of a human body.

Please note that access to this oreum will restricted for two years between February 1, 2021 to January 31, 2023 for the restoration and conservation management of the oreum vegetation.