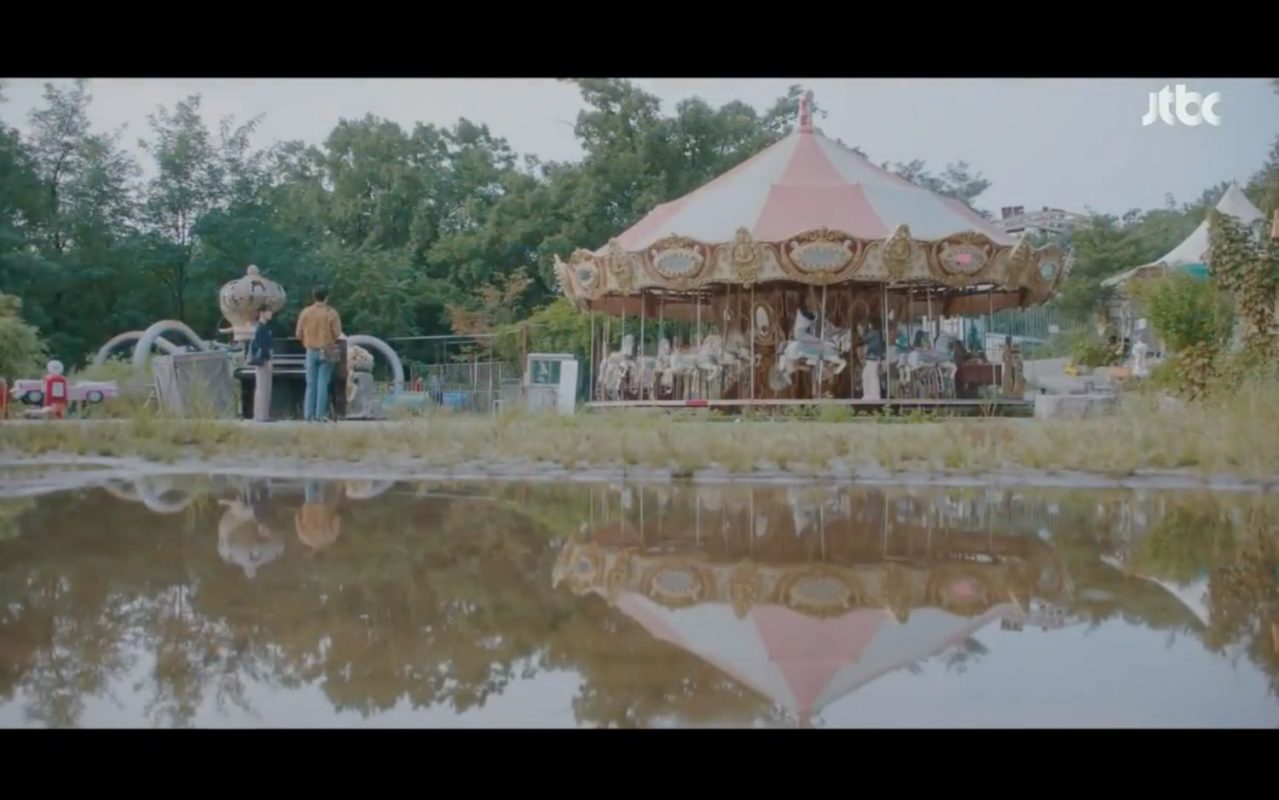 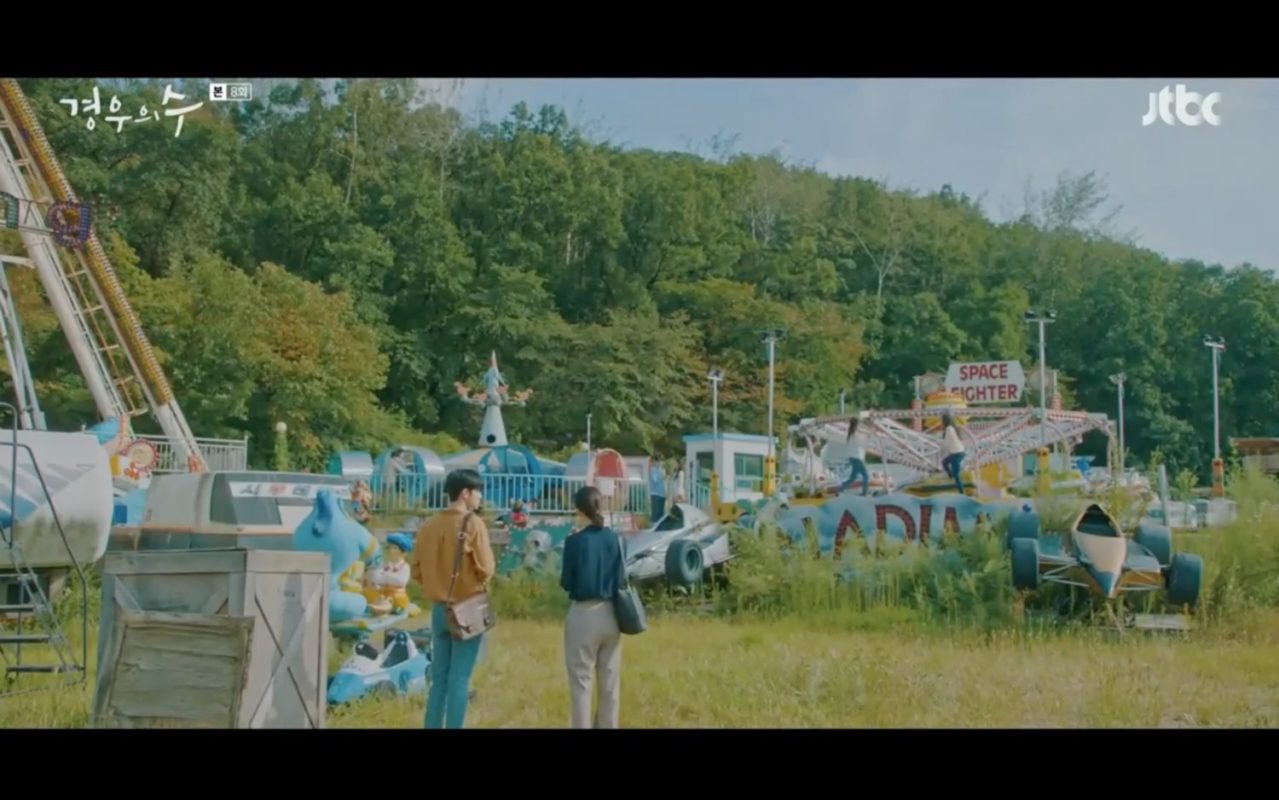 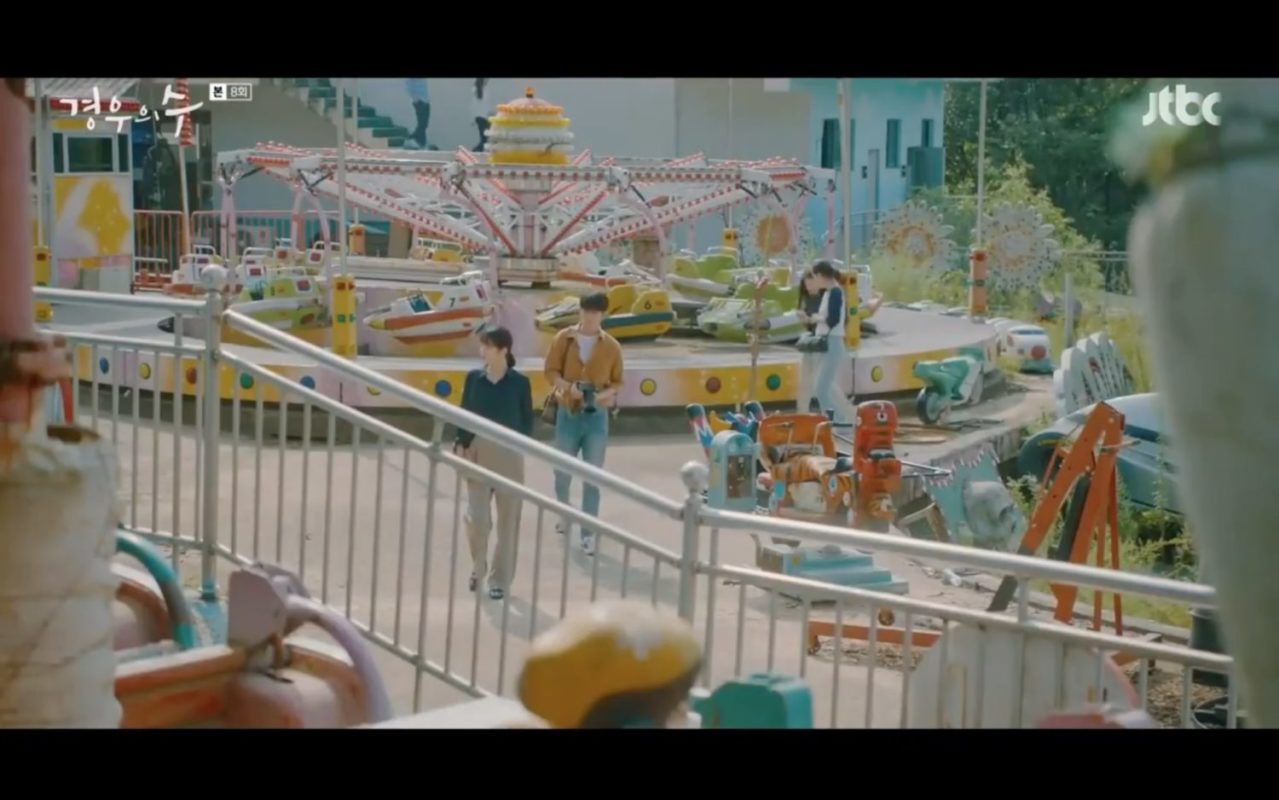 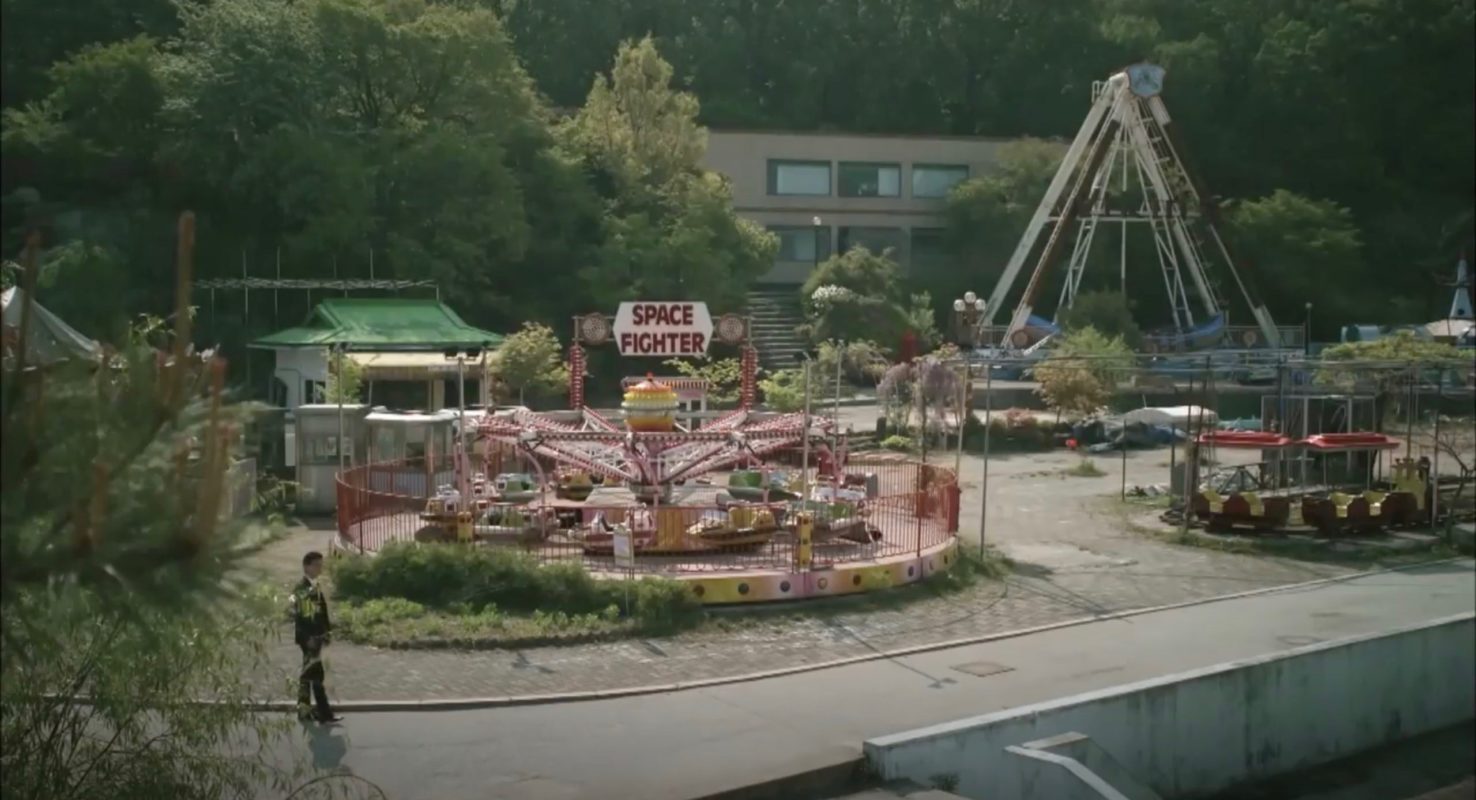 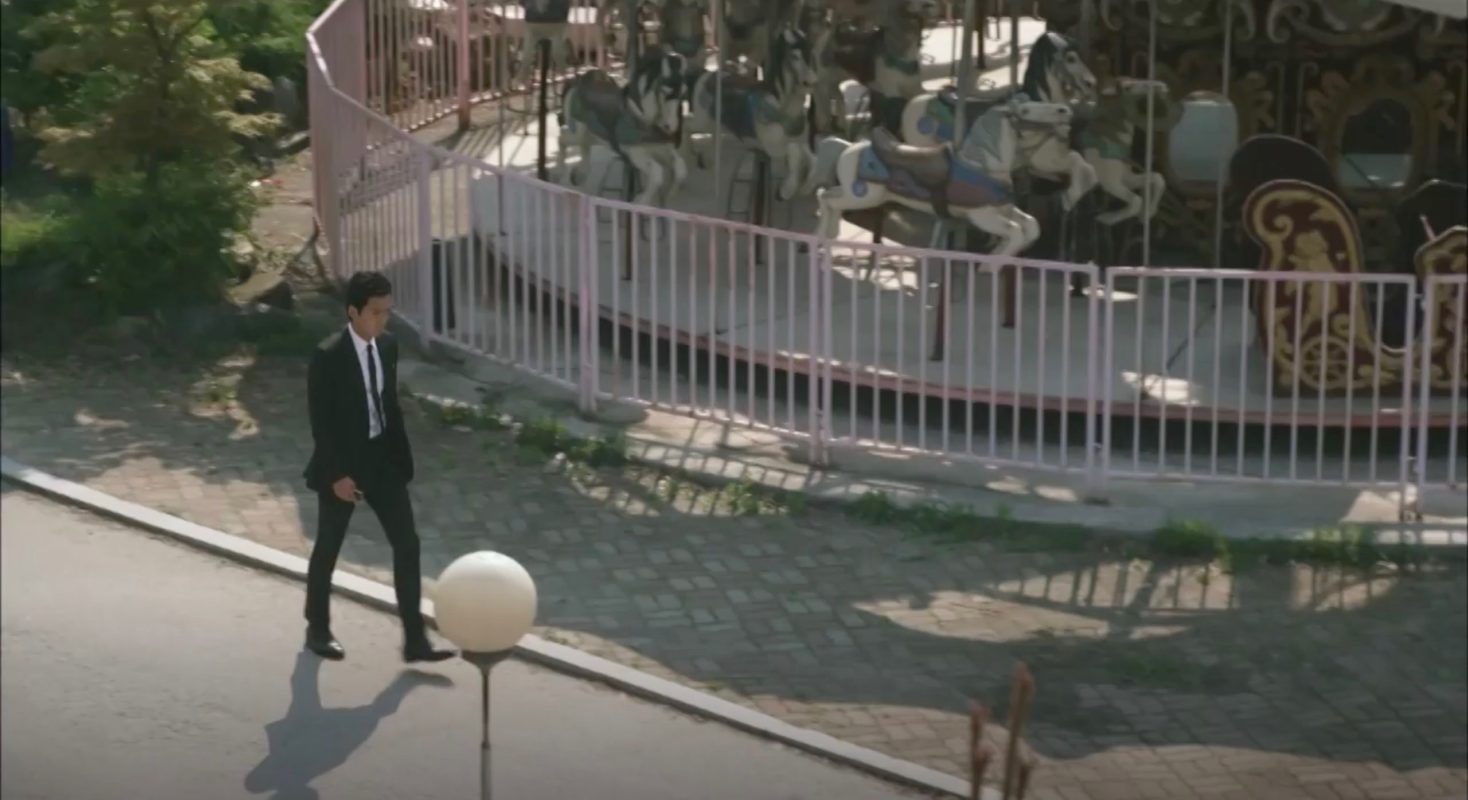 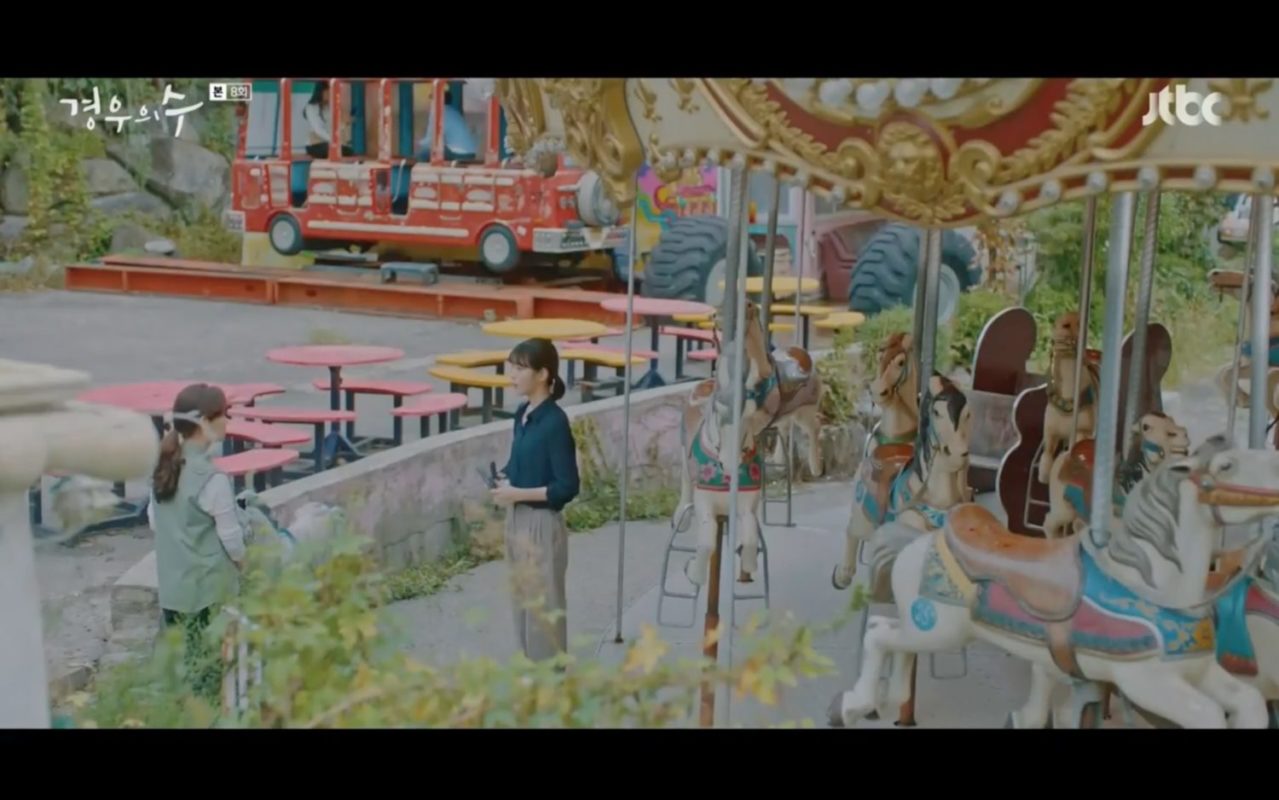 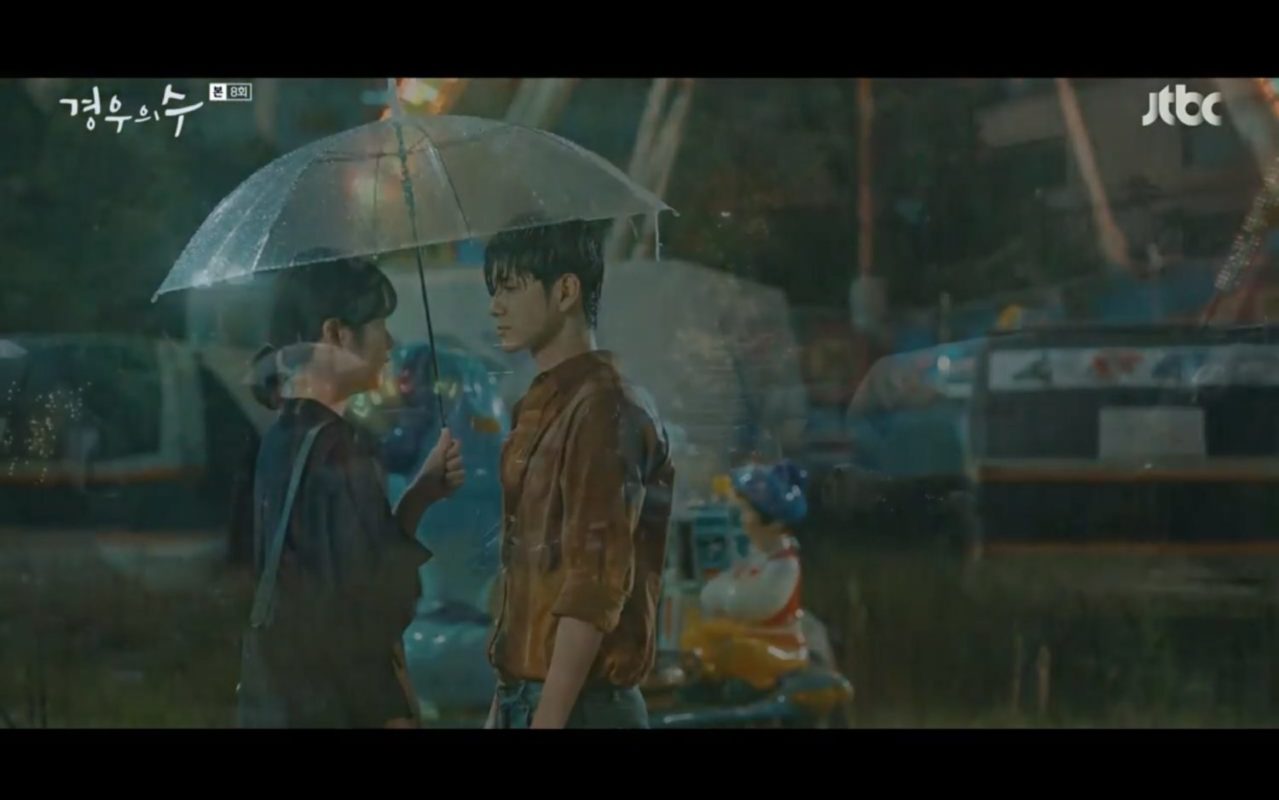 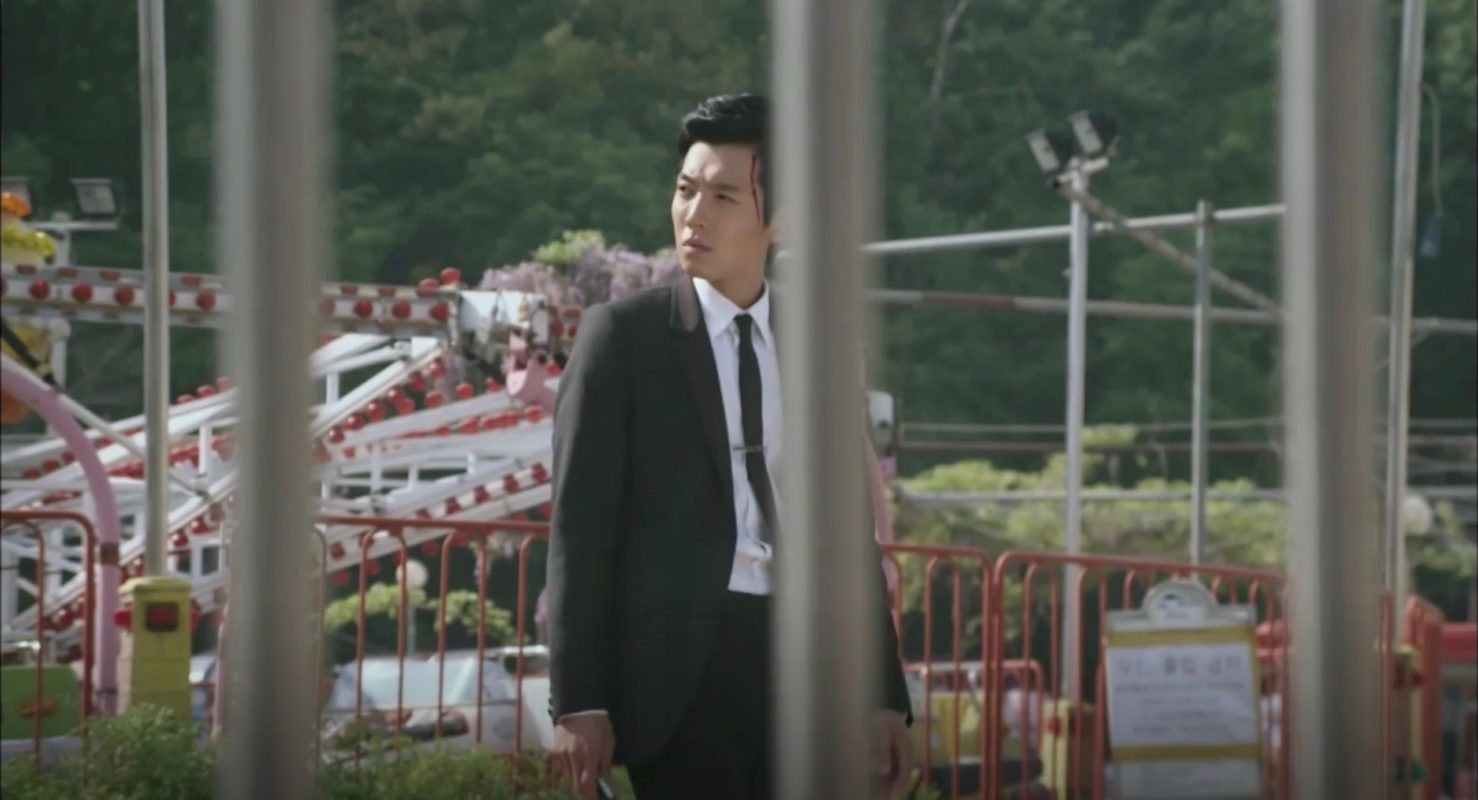 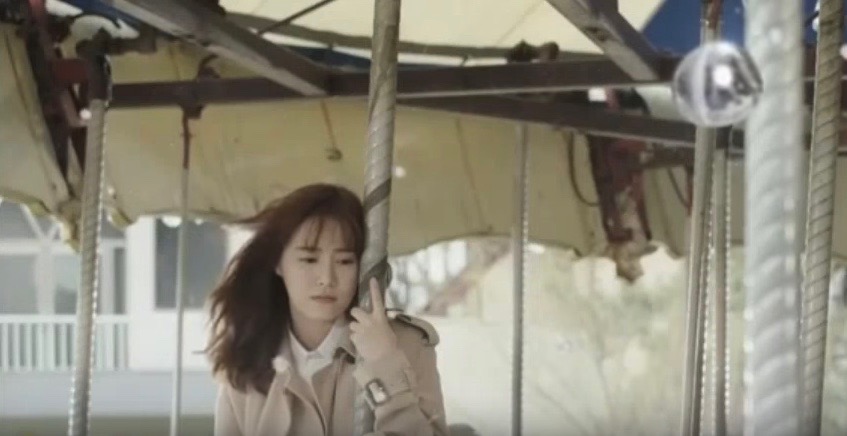 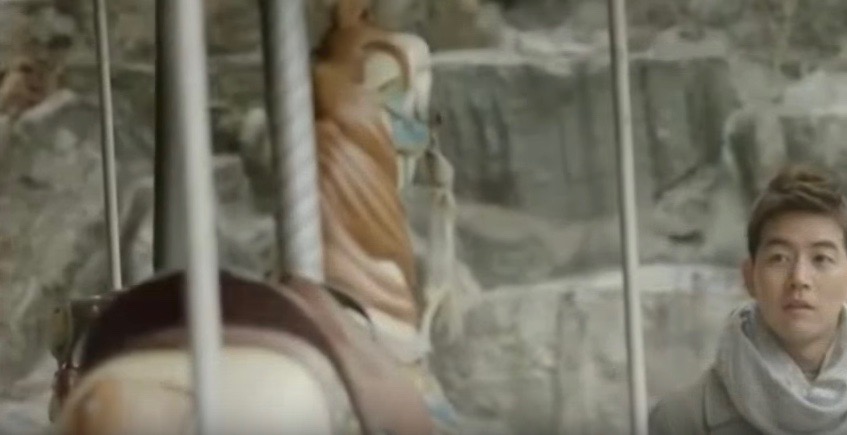 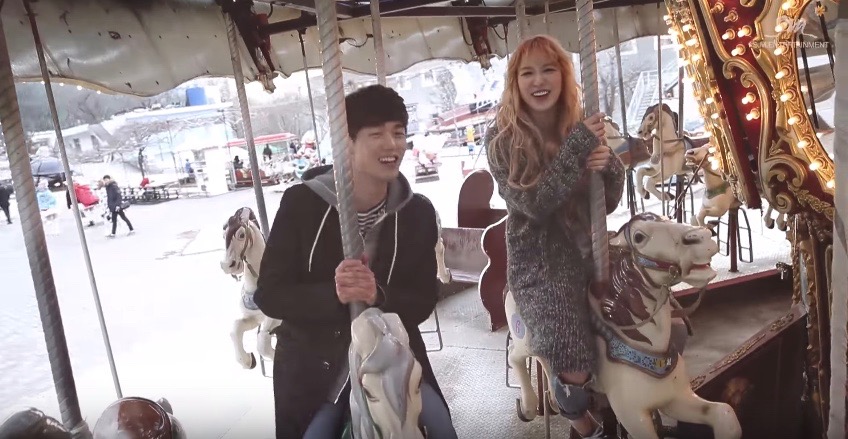 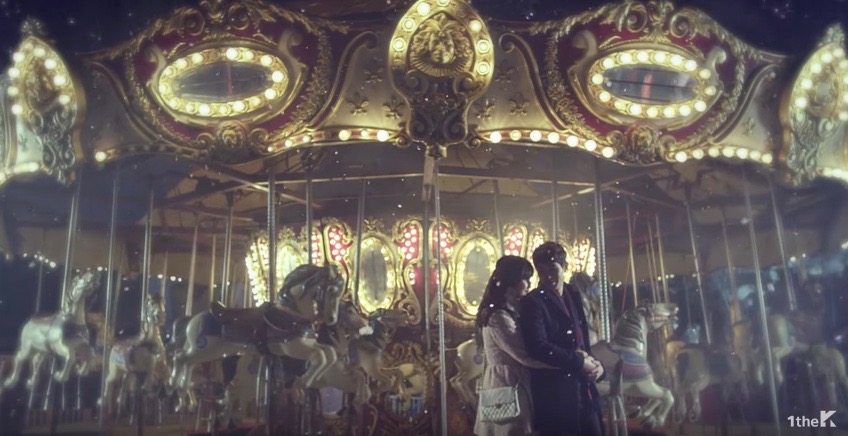 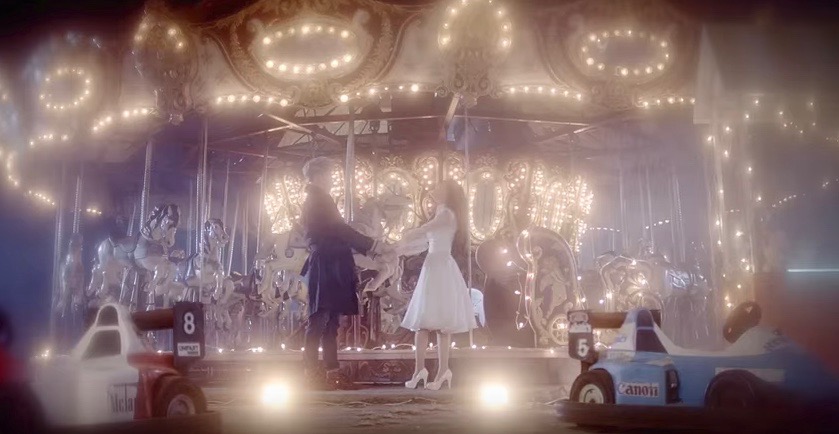 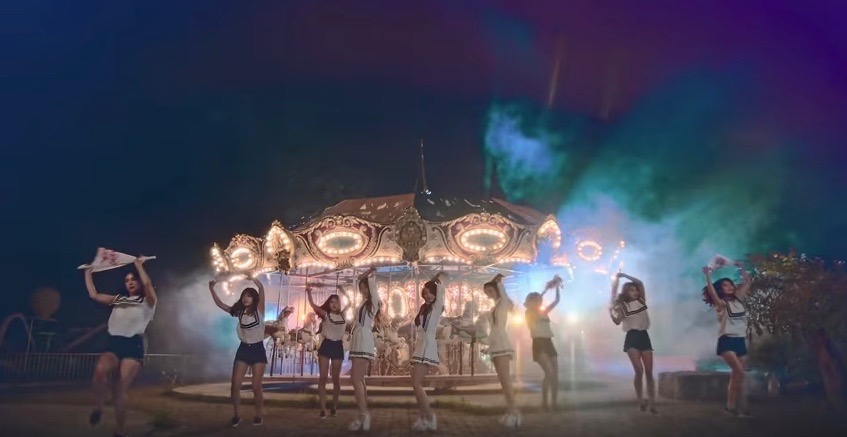 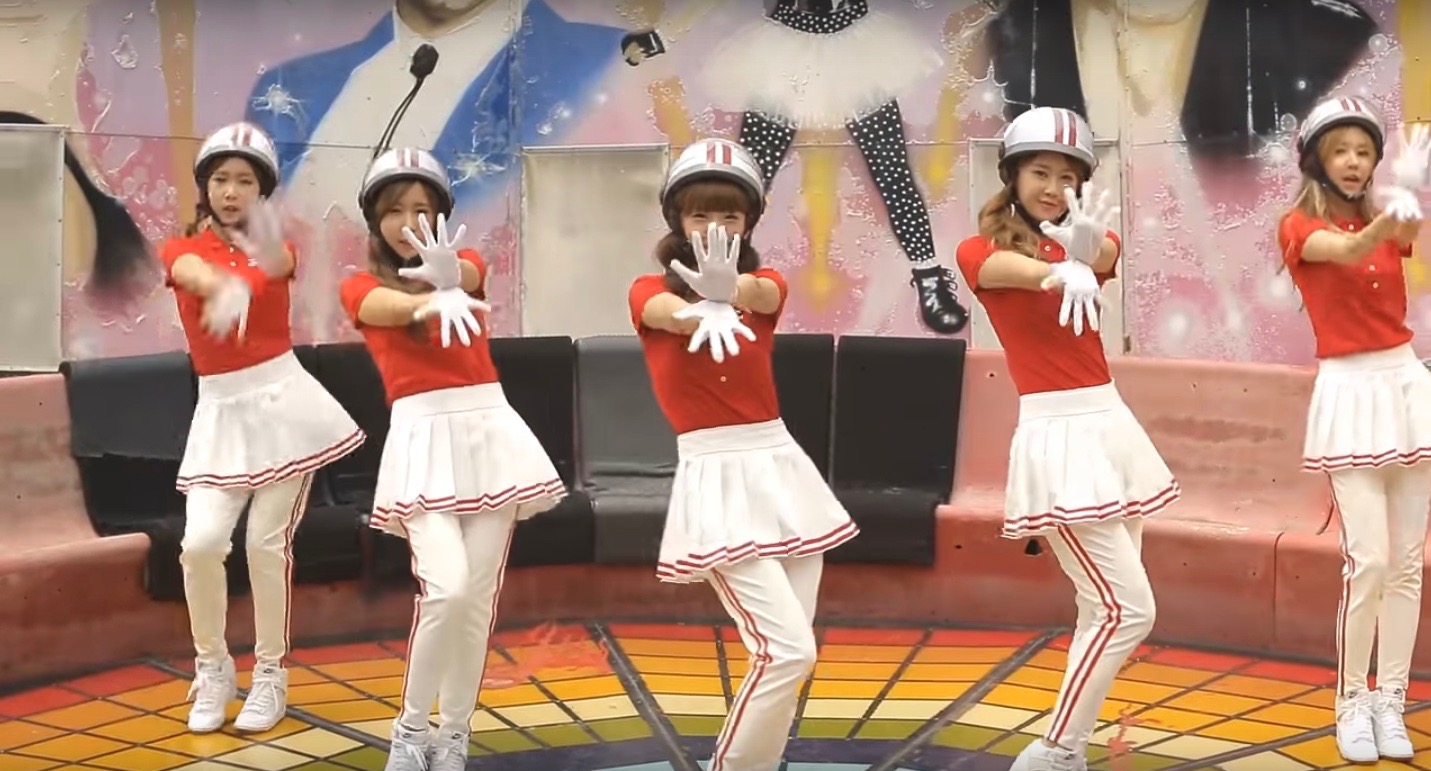 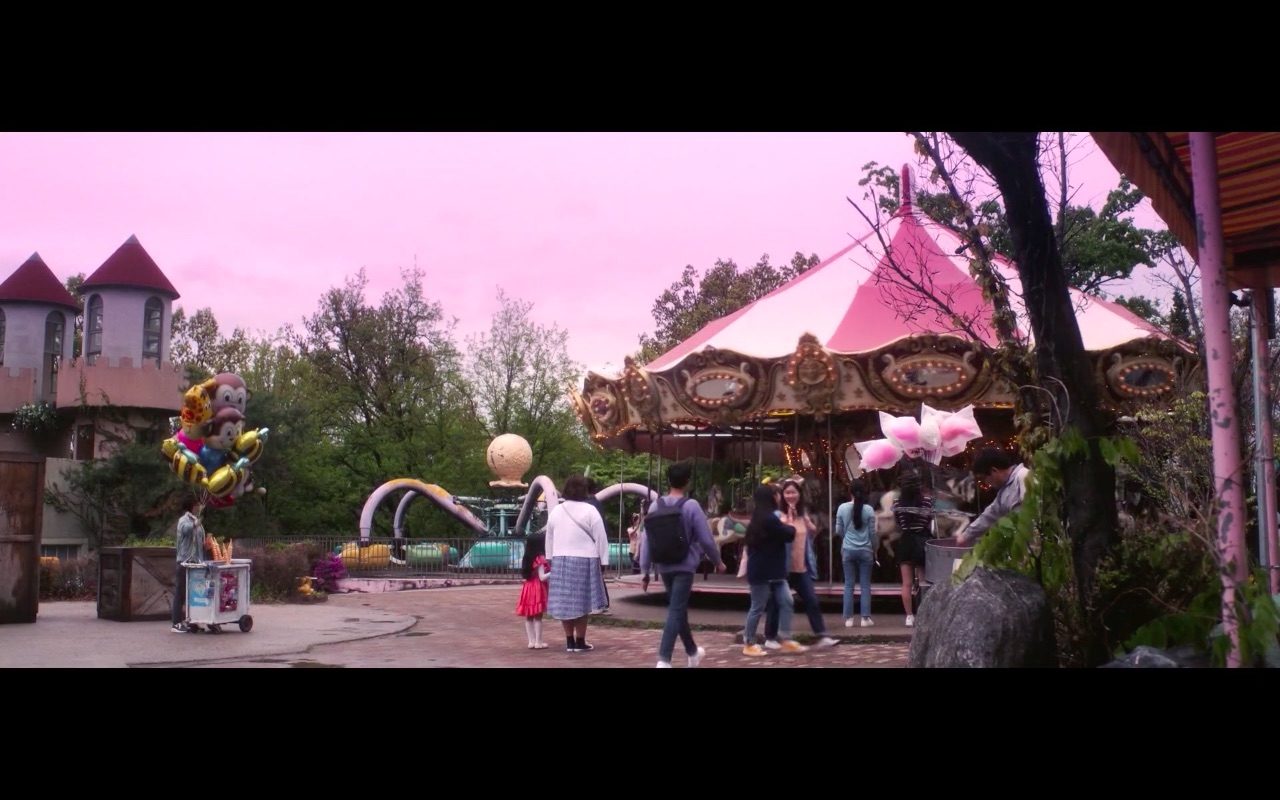 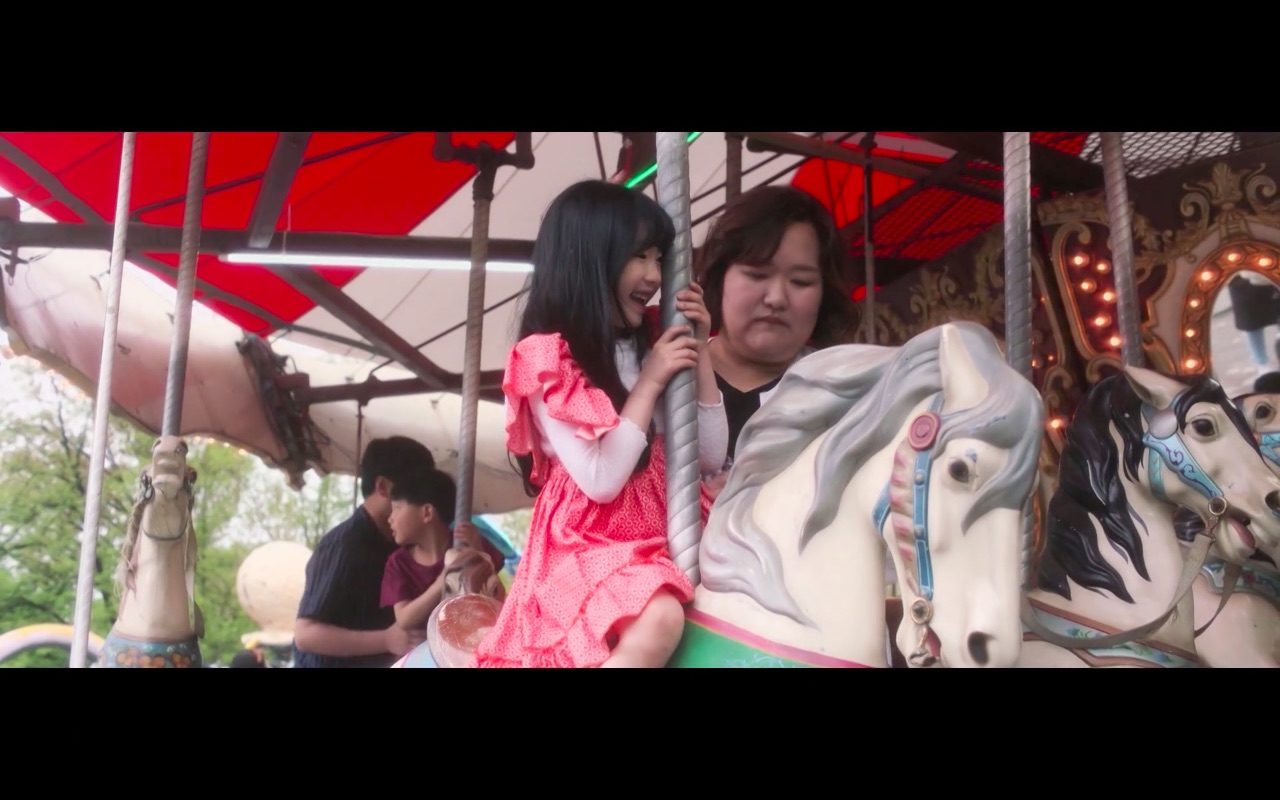 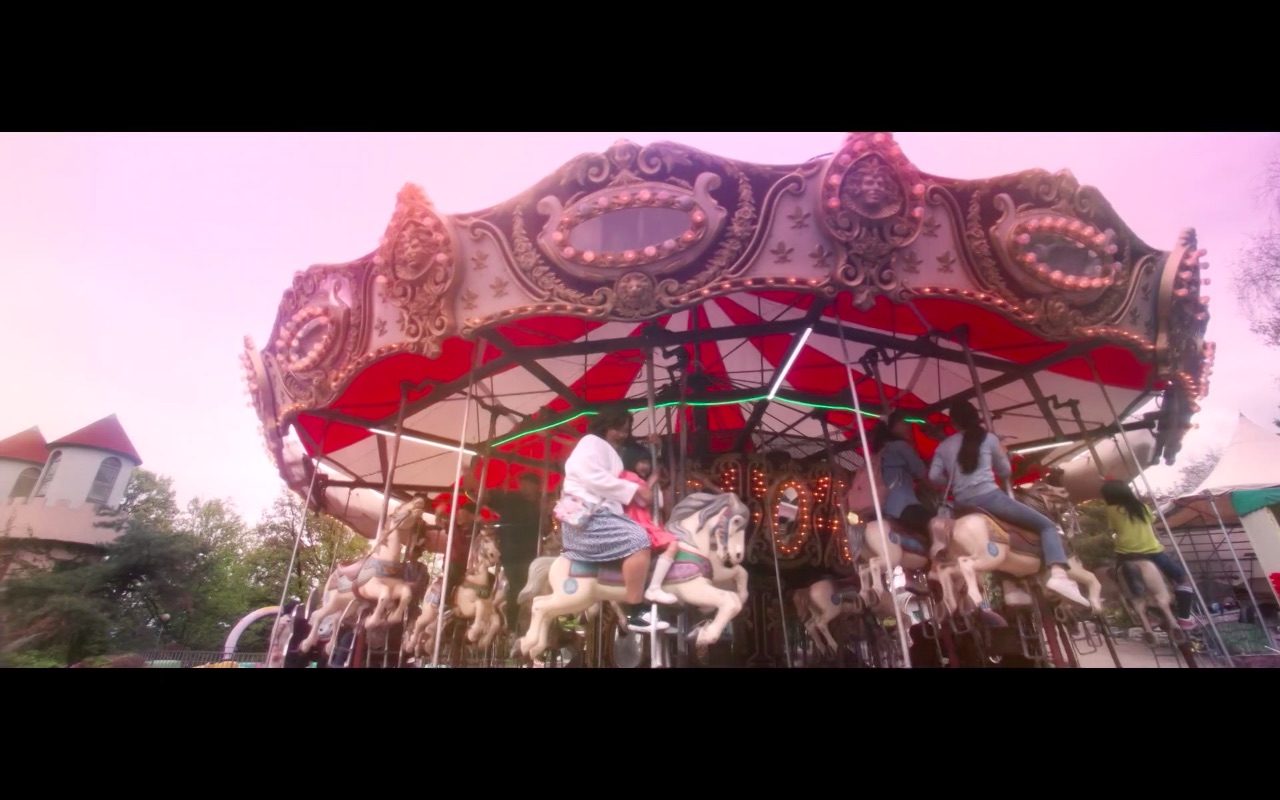 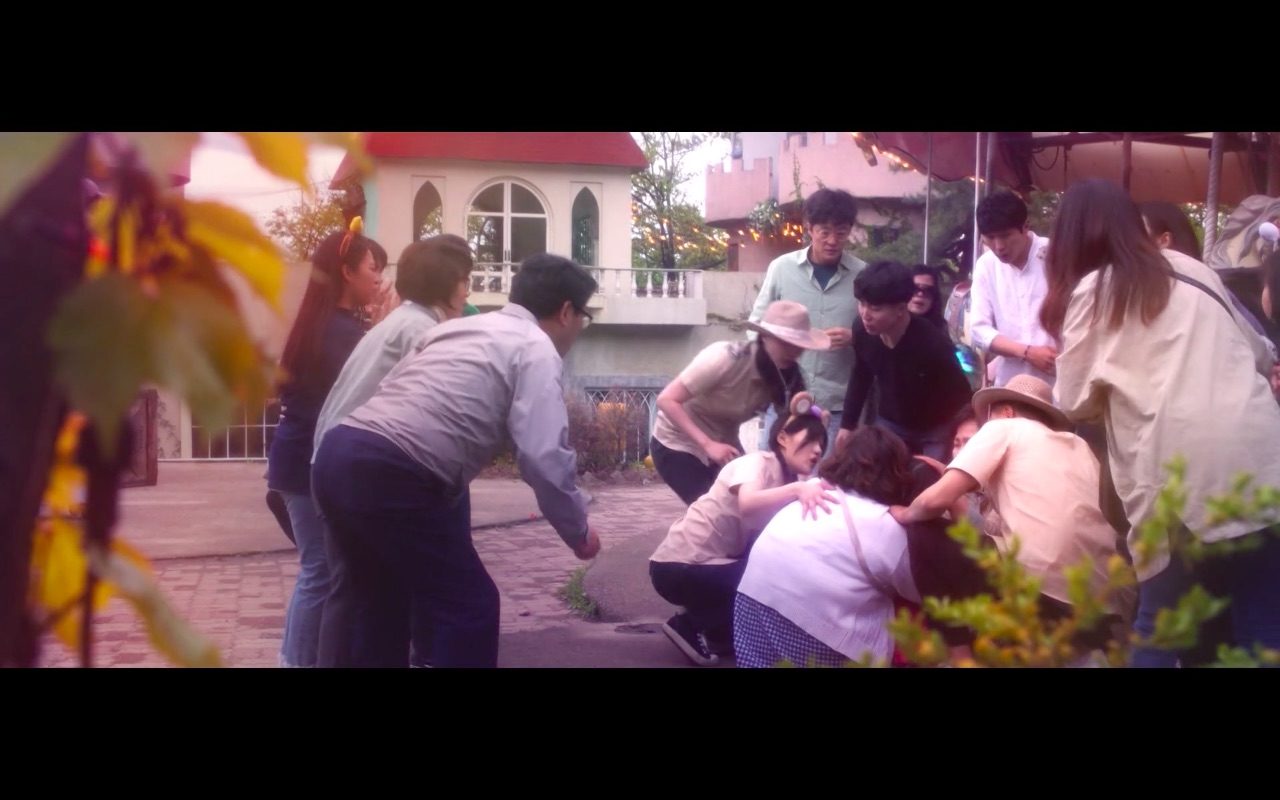 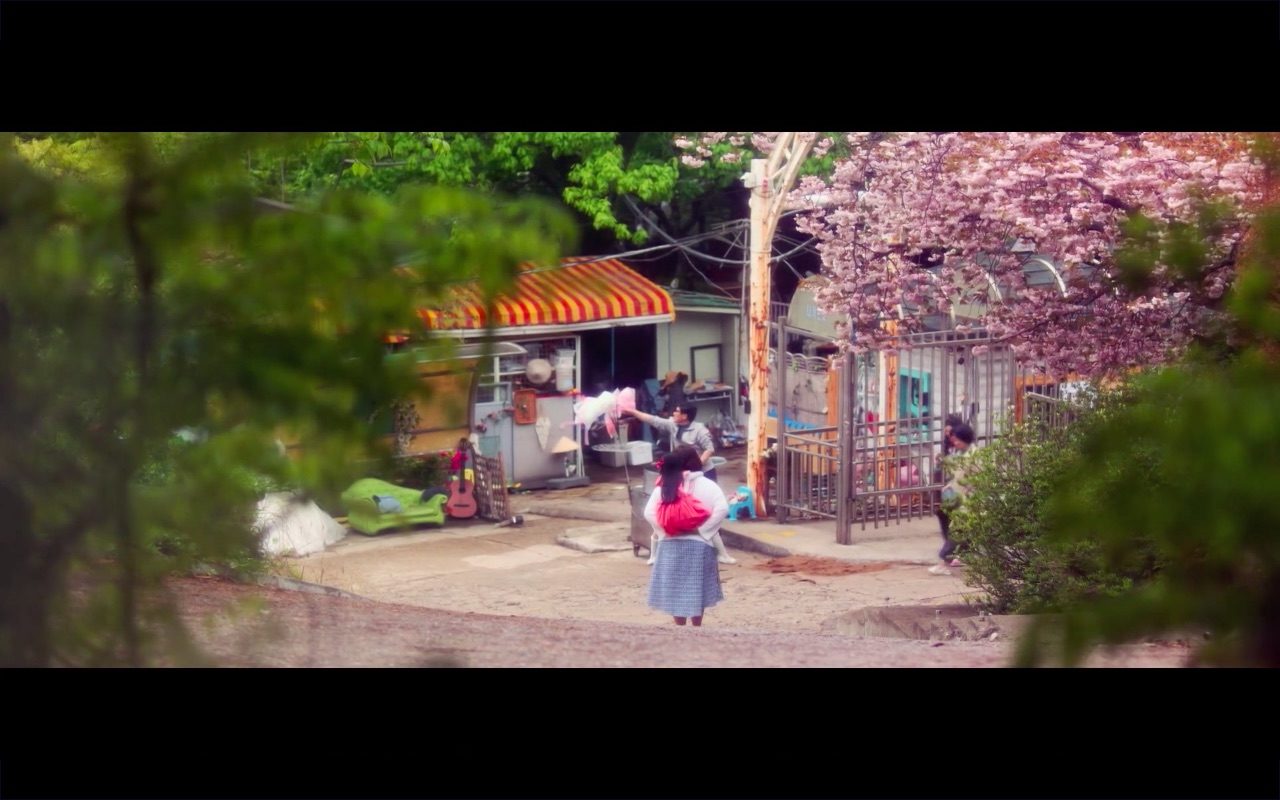 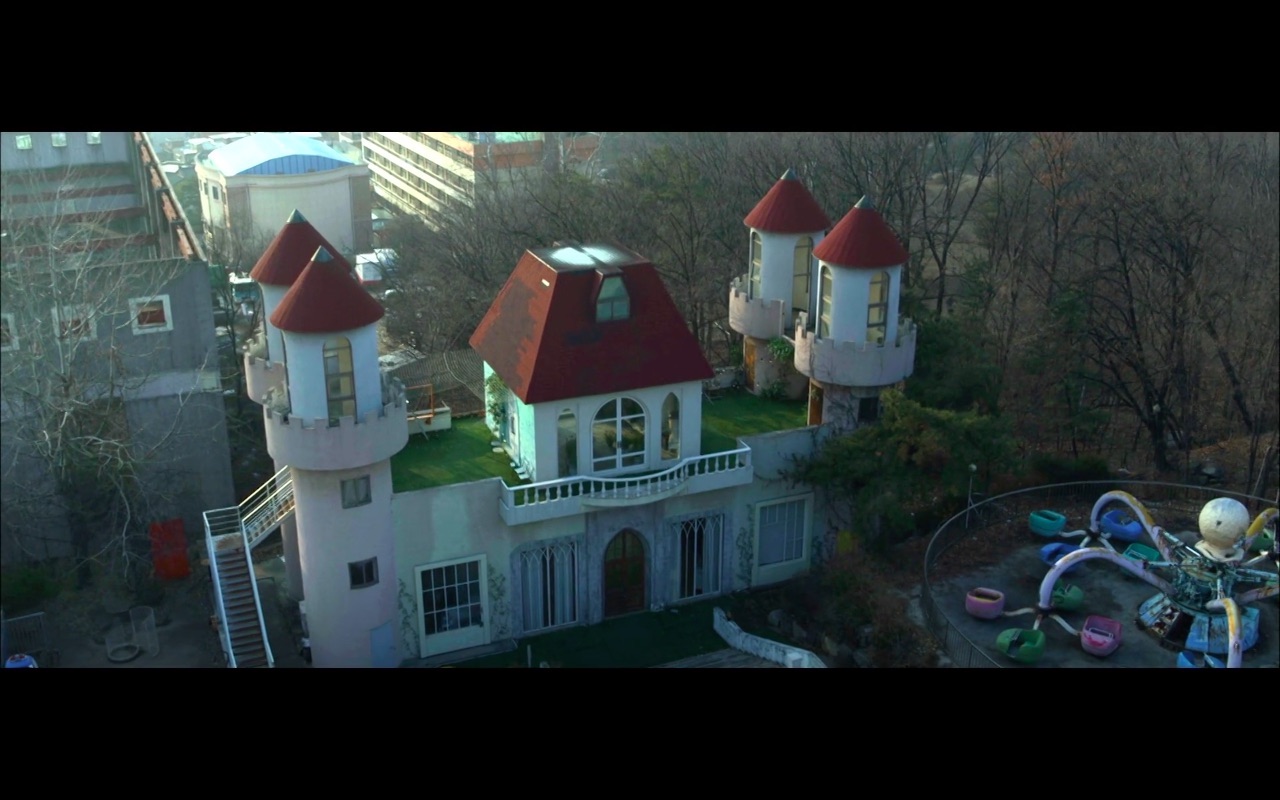 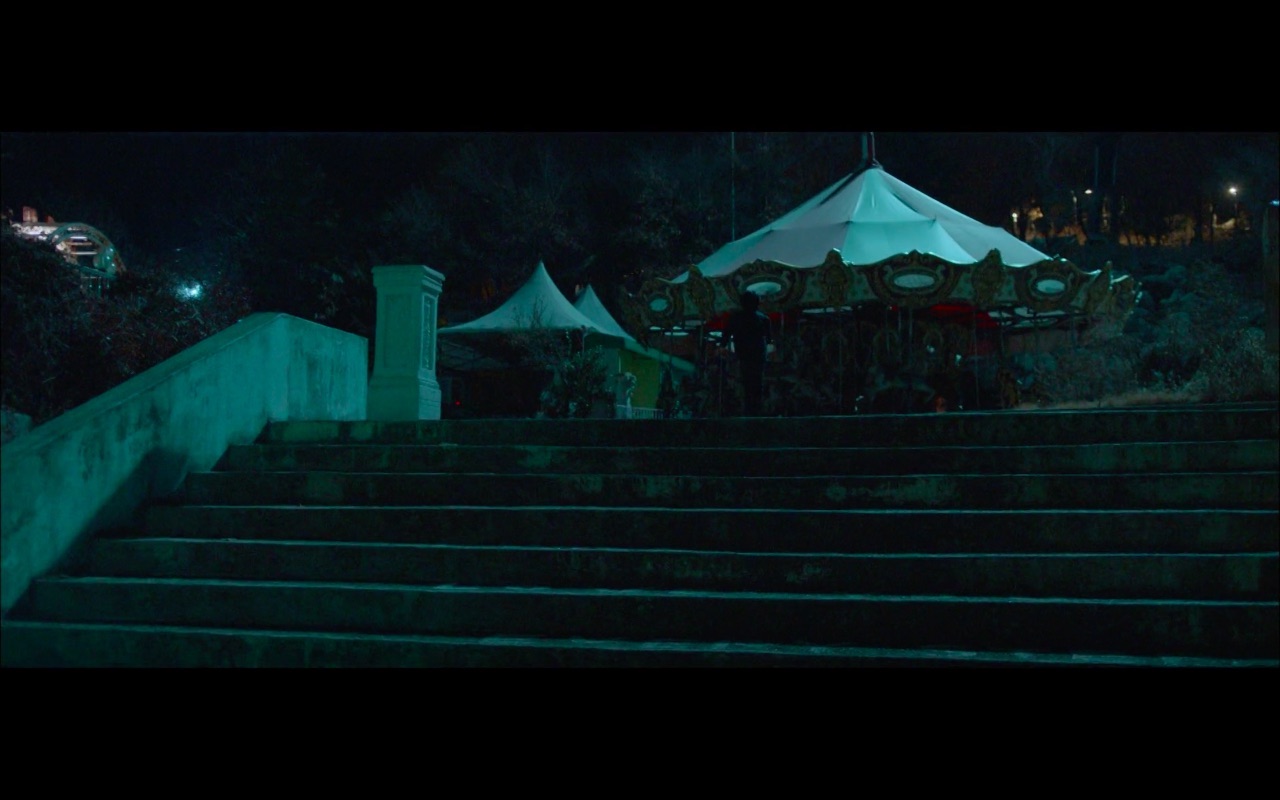 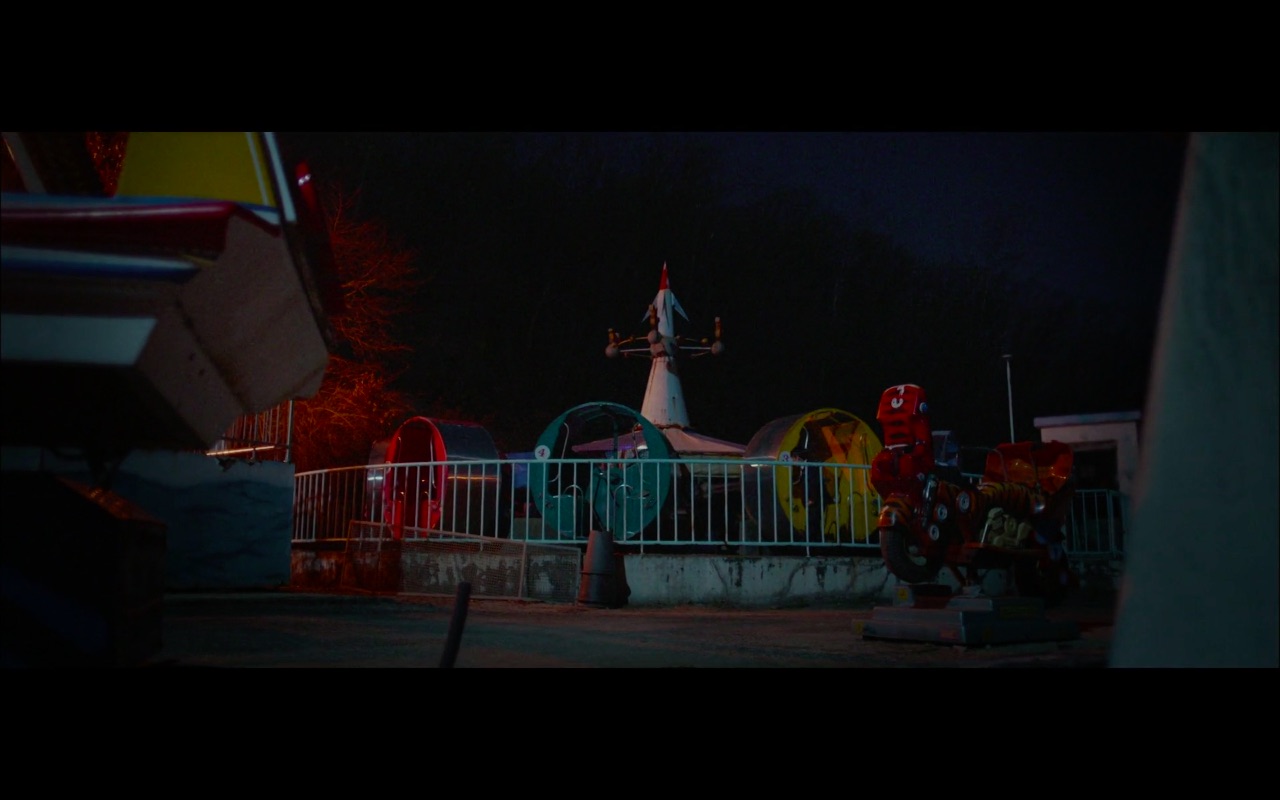 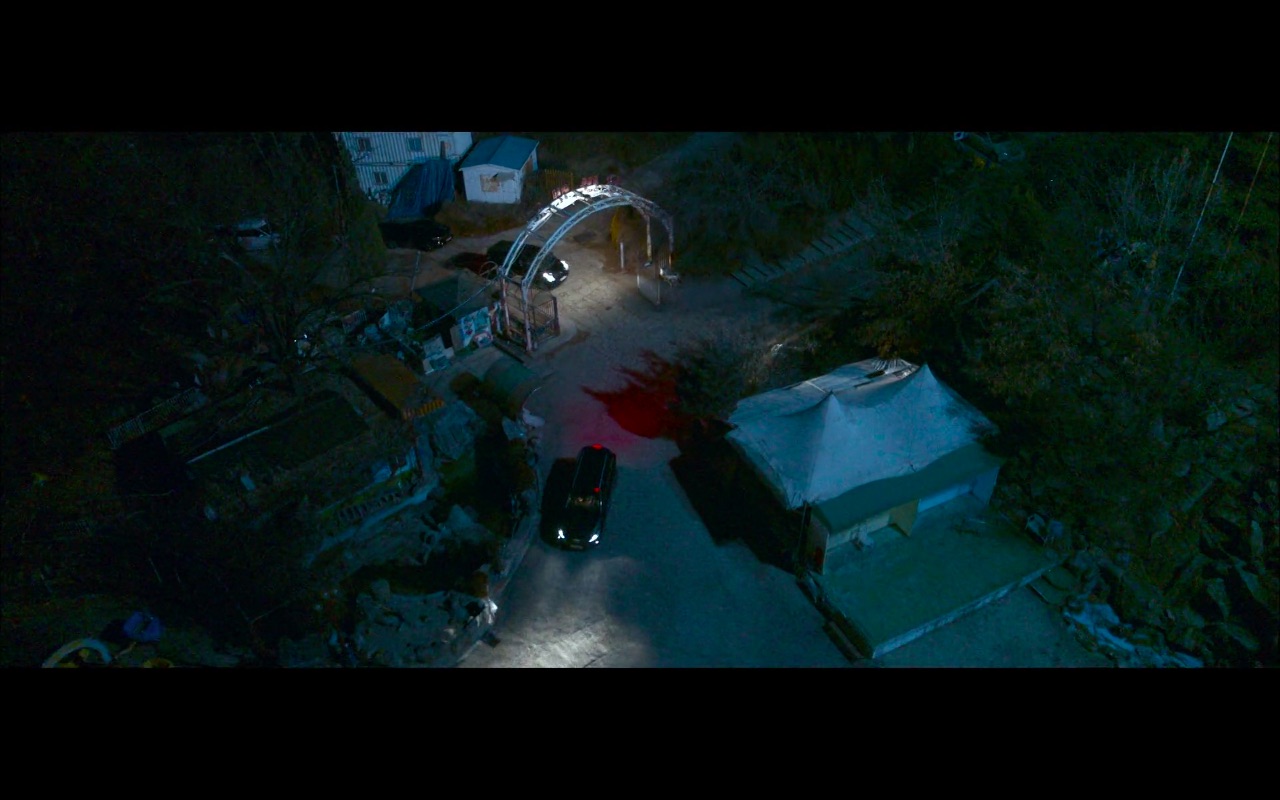 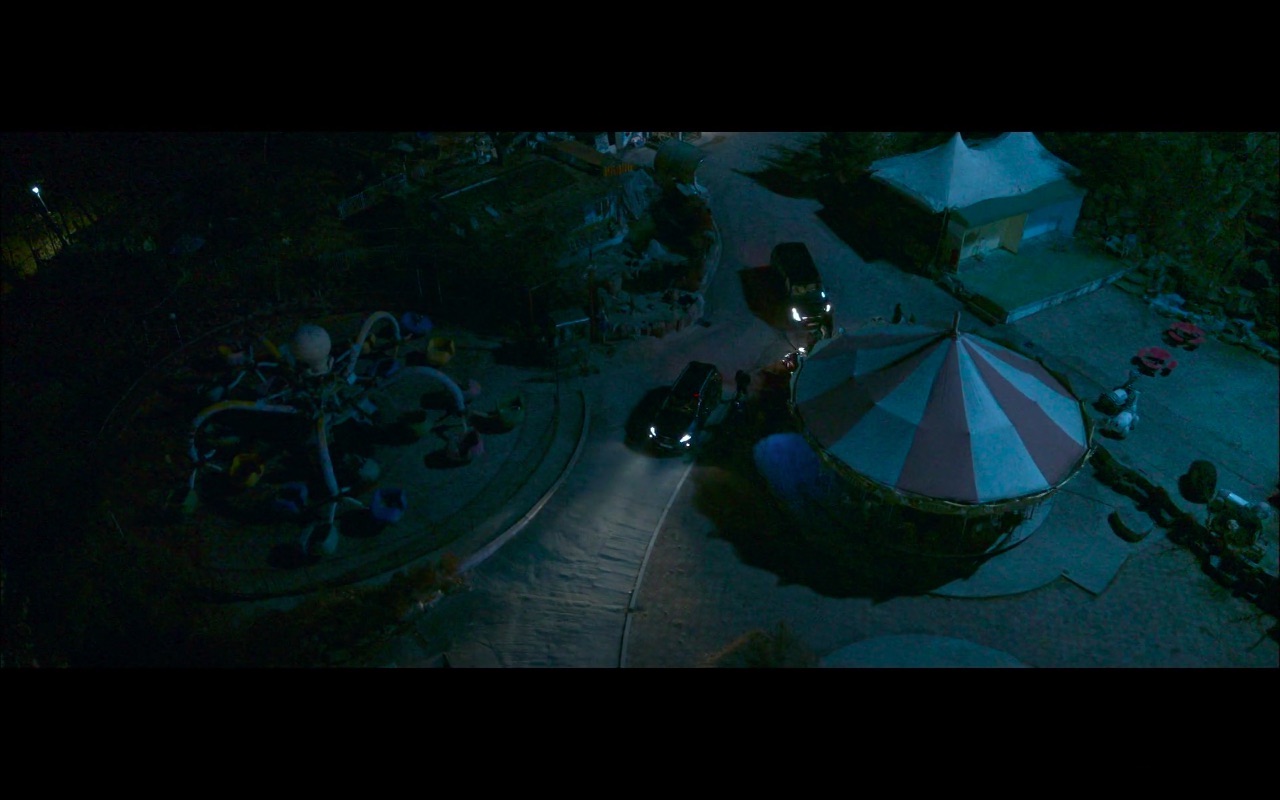 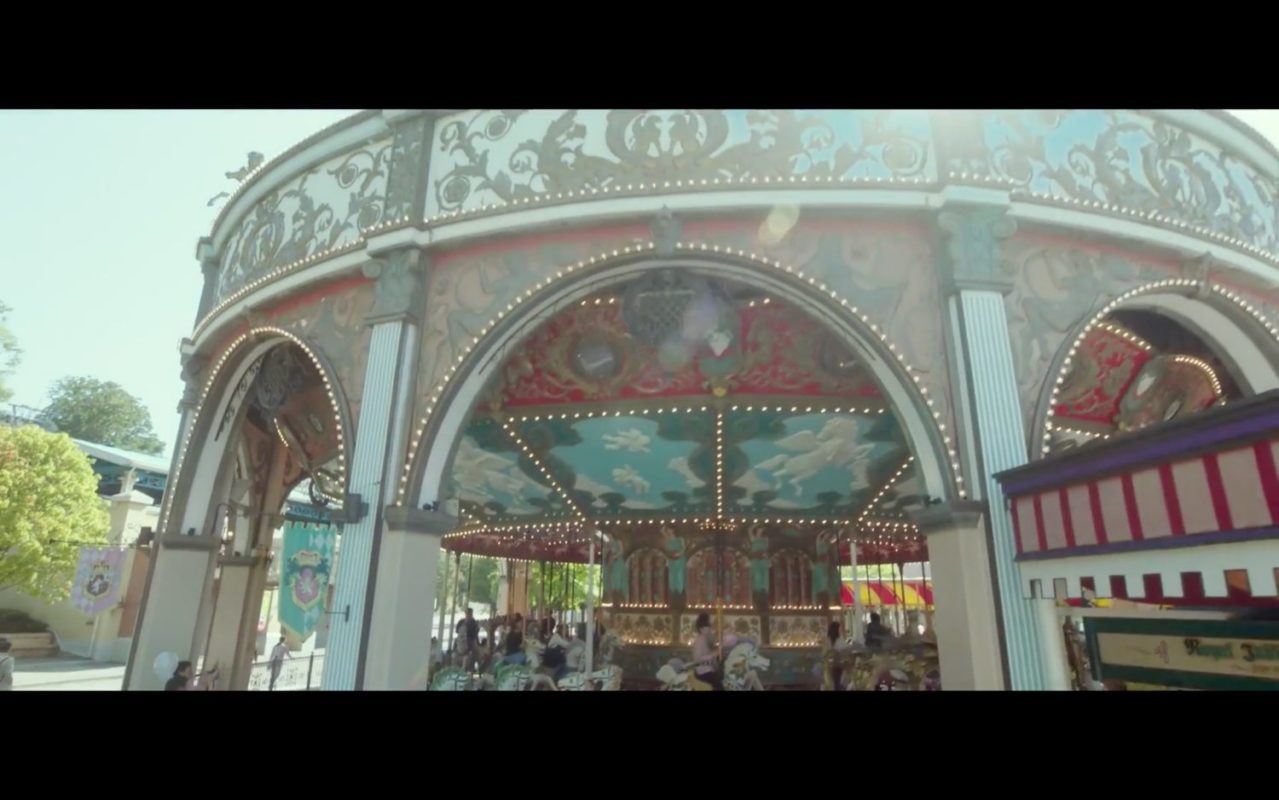 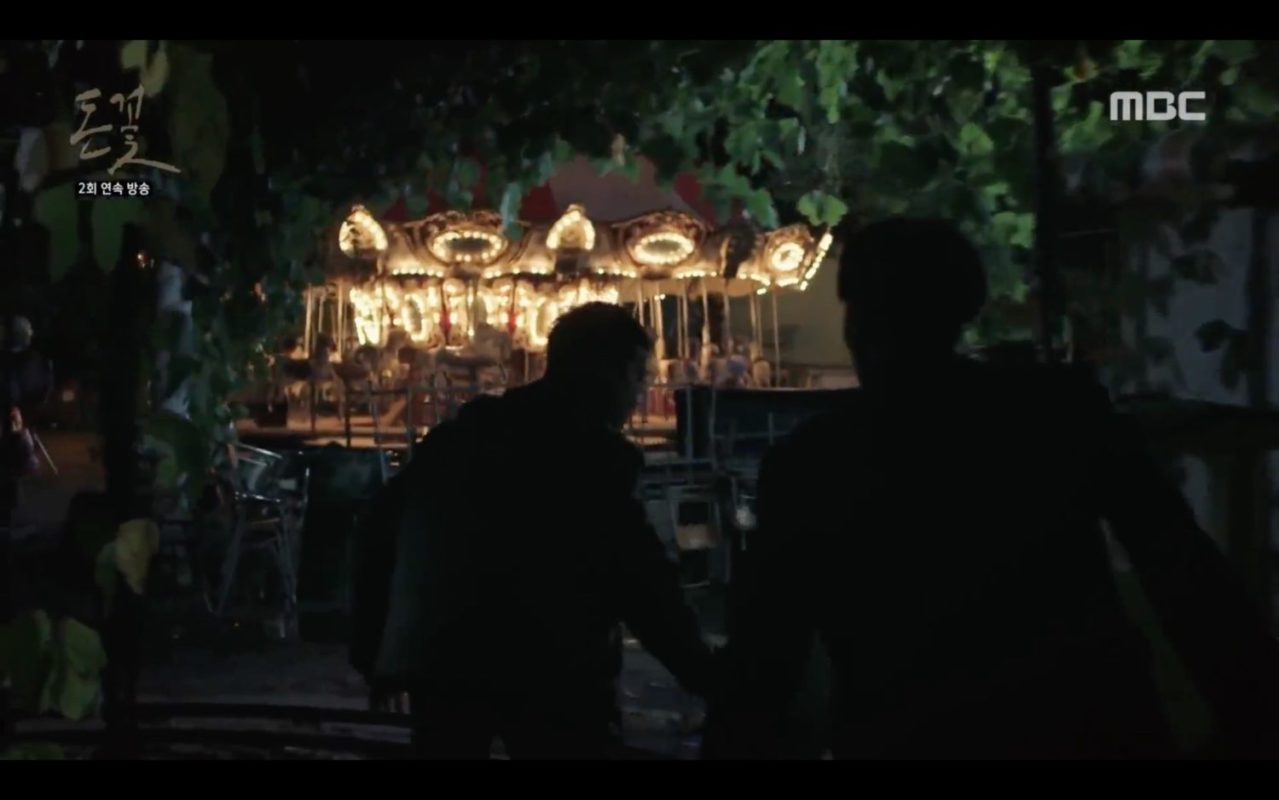 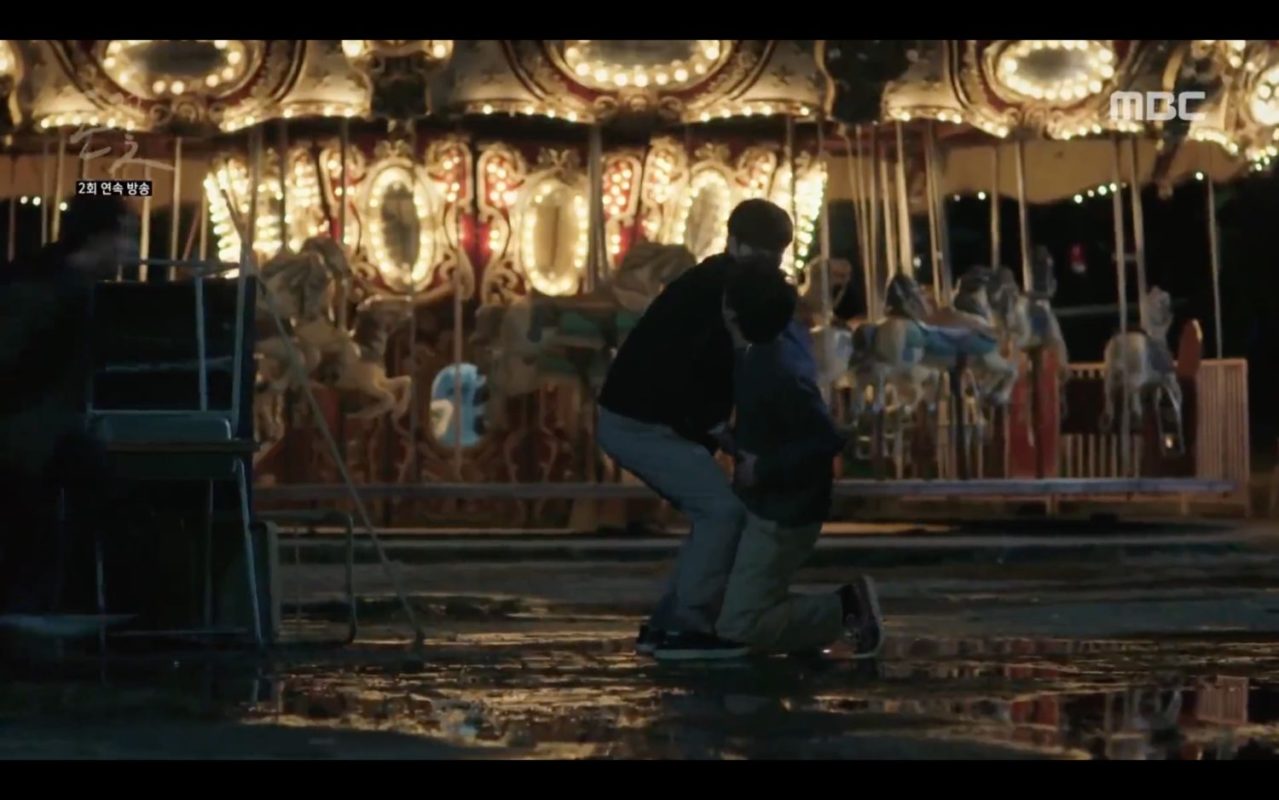 Kang Seo-hae (Park Shin-hye) — in an undefined future time — celebrates her birthday at this amusement park on her own in episode 8 of Sisyphus: The Myth (시지프스: the myth) (JTBC, 2021).

This is the last place Kyung Woo-yeon (Shin Ye-eun) and Lee Soo (Ong Seong-wu of Wanna One) visit during their exploration of Seoul for their book Seoul’s Stories in episode 8 of More Than Friends/Number Of Cases (Kyeongueui Su/경우의 수) (JTBC, 2020). It is just after [SPOILER] he confessed to her and she saw photos of her in his darkroom. It is also here that he tells her that it is now his time to be in an unrequited love as this seems to be their cycle.

Park Jin-gyeom (Joo Won) and the police team receive a tip-off about director Seok O-won’s whereabouts, and head to this abandoned theme park in episode 10 of Alice (Aelliseu/앨리스) (SBS, 2020).

This is seen as ‘Miroland’, the abandoned theme park previously run by lawyer Kim Na-hui’s late father, and where she lives — and where she also holds the young Gil Hyun-soo captive, as seen in episodes 7-8 of Tell Me What You Saw (본대로 말하라) (OCN, 2020).

In a flashback in episode 8 (full episode 4) of Perfume/Peopyoom (퍼퓸) (KBS2, 2019), Min Ye-rin (Go Won-hee) has a flashback of herself as Min Jae-hee with a young Jin-kyung (Jin-kyung) at this amusement park, when she falls from the carousel for being too heavy.

Eulji Hae-yi (Kim Hee-seon) dreams in episode 1 of Room No. 9/Room 9 (나인룸) (tvN, 2018) that she finds her boyfriend Ki Yoo-jin (Kim Young-Kwang) dead in his car that parks in front of the merry go around in this amusement park on Christmas eve (albeit that she mentions Namsan Tower as the place of their date before).

Being involved in the kidnapping of young Jang Boo-cheon (Chae Sang-woo), young Kang Pil-joo (Joe Byeong-gyu) has regrets and helps him escape through this park in episode 1 of Money Flower (돈꽃) (MBC, 2017). But the main kidnapper notices it and tries to stop him running away [Spoiler] what ends in Boo-cheon killing him by accident — since then the fates of the two boys are intertwined.

This abandoned amusement park is seen in the opening credits of Angel Eyes (엔젤아이즈) (SBS, 2014), where we see Yoon Soo-wan (Goo Hye-sun) riding the merry go around and Dylan Park/Park Dong-joo (Lee Sang-yoon).

Kim Bo-tong (IU/Lee Ji-eun) gets a message that is supposedly from Dokgo Ma-te (Jang Keun-suk) to meet up at this park in episode 15 of Bel Ami/Pretty Man/Pretty Boy/Beautiful Man (예쁜남자) (KBS2, 2013-14). But she is trapped, locked up in a room and finally David Choi (Lee Jang-woo) saves her.

Jung Shi-hyun (Jung Kyoung-Ho) comes here for a breather in episode 1 of Heartless City/Cruel City (무정도시) (JTBC, 2013) after a run in with Scale (Kim Byung-ok).

Yongma Land [용마랜드] is an abandoned amusement park that closed its doors in 2011 because of low attendance. However, it is still open to anyone for 5,000 won per day; this is how the park continues to be maintained. Its carousel is particularly popular as an MV filming spot. Baby V.O.X ‘Hair Cut’ is the only MV we know about so far that was filmed here, while the park was still running.