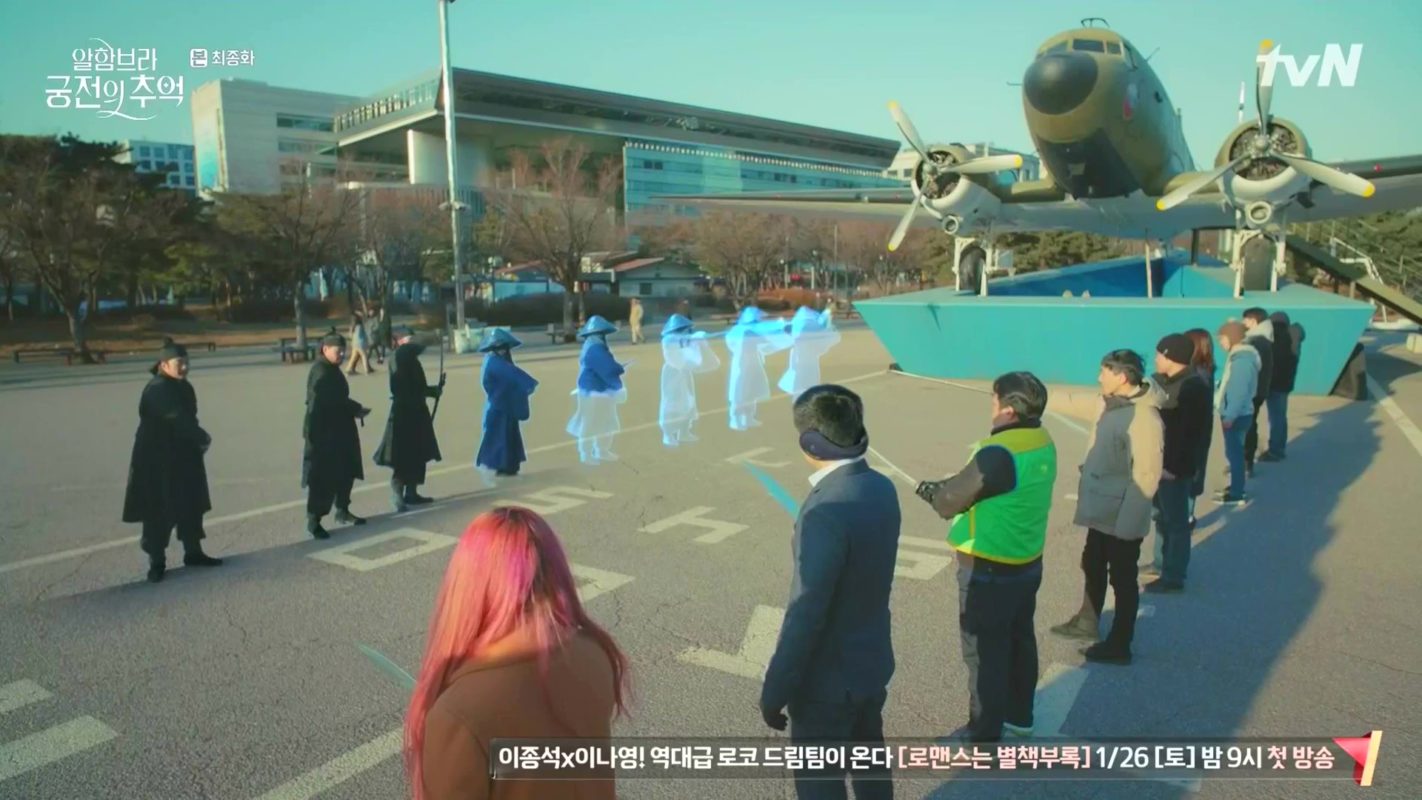 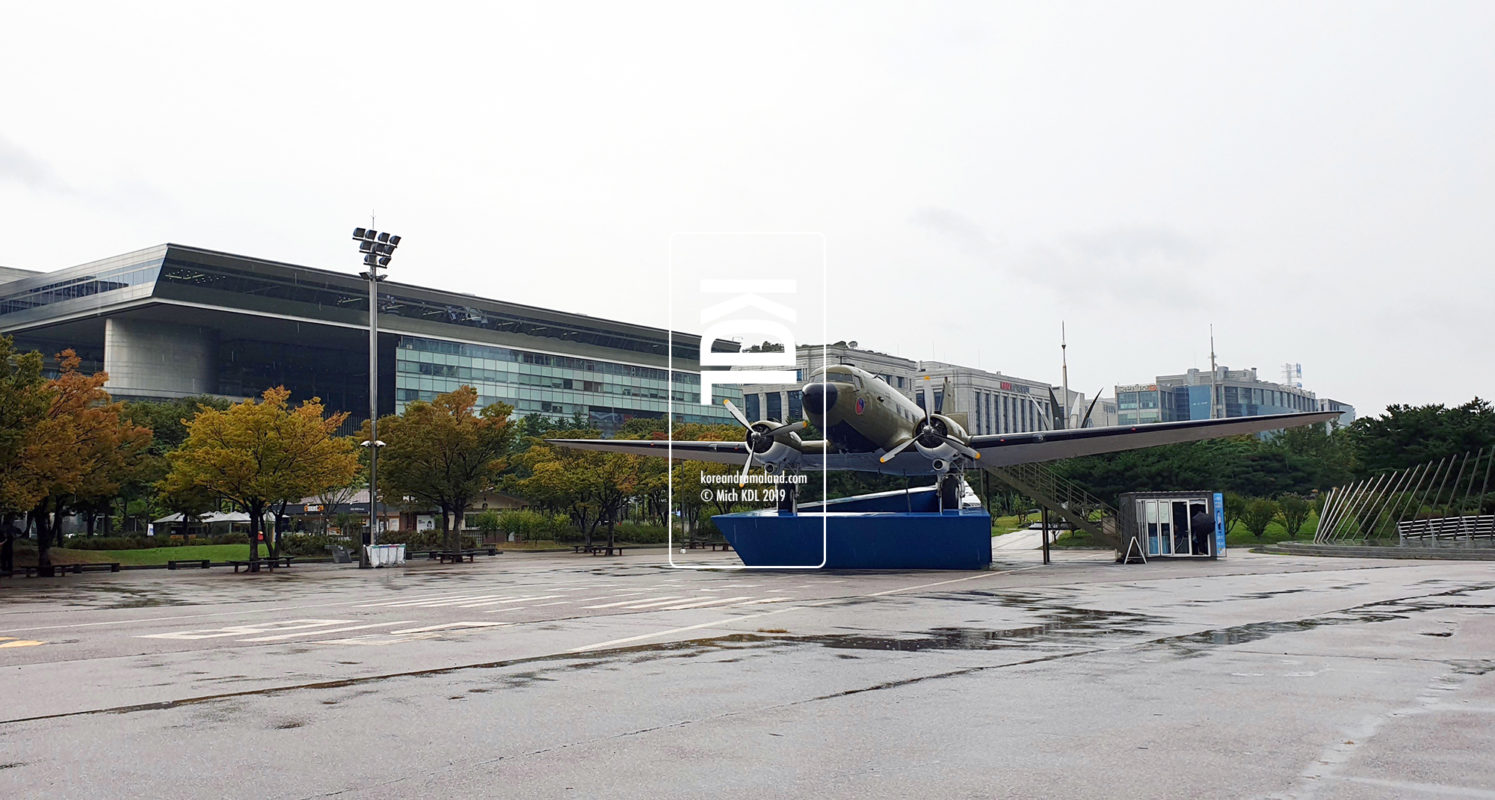 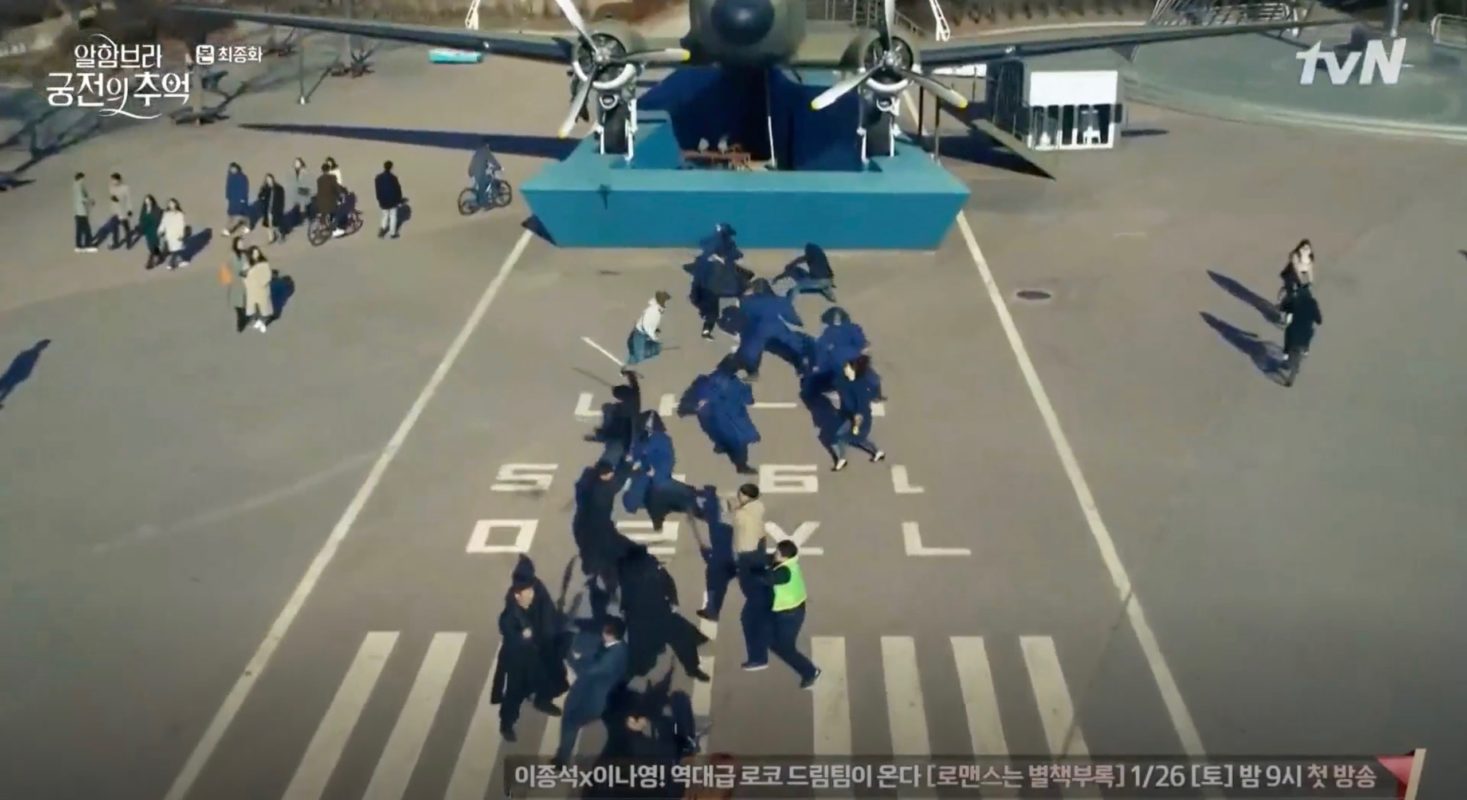 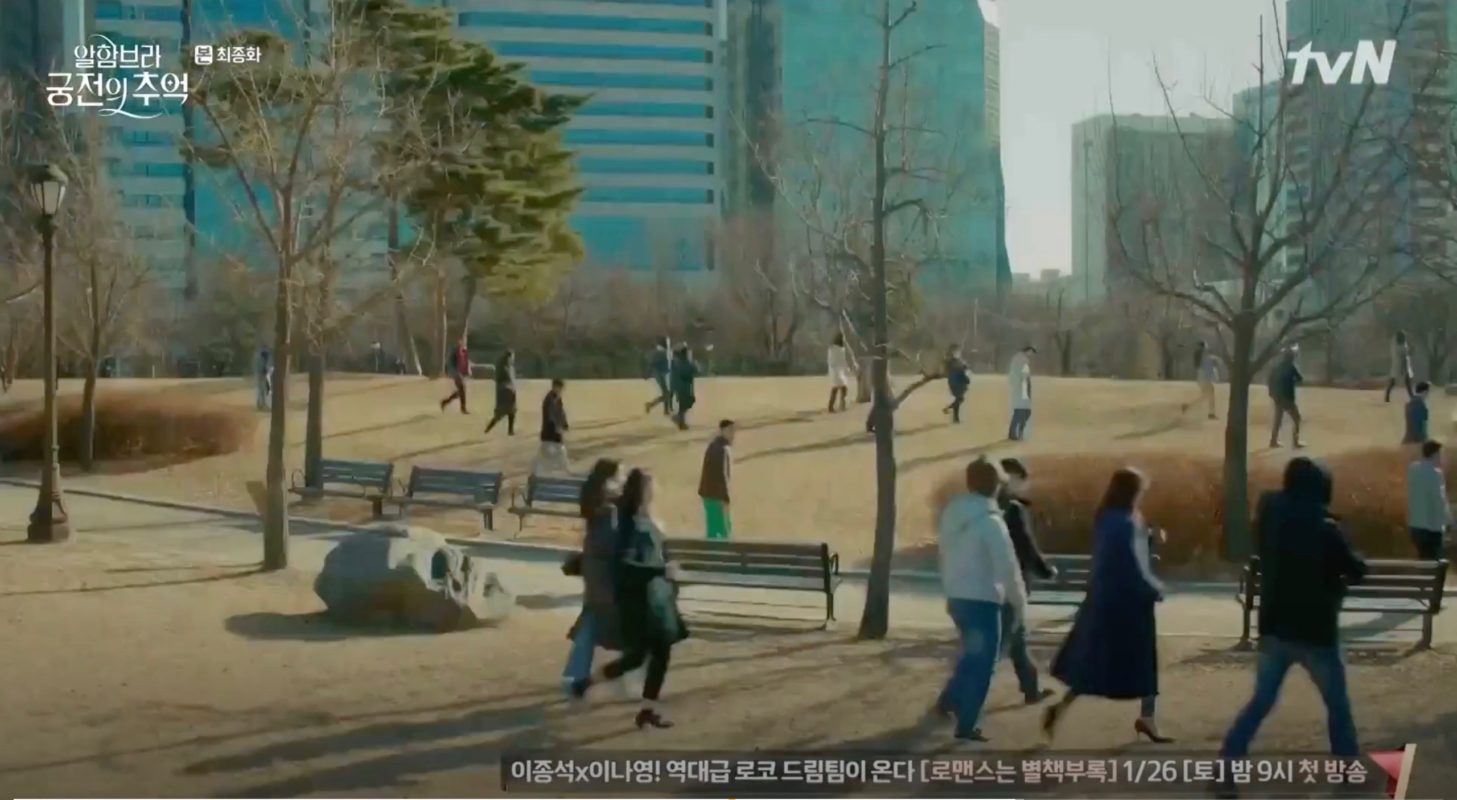 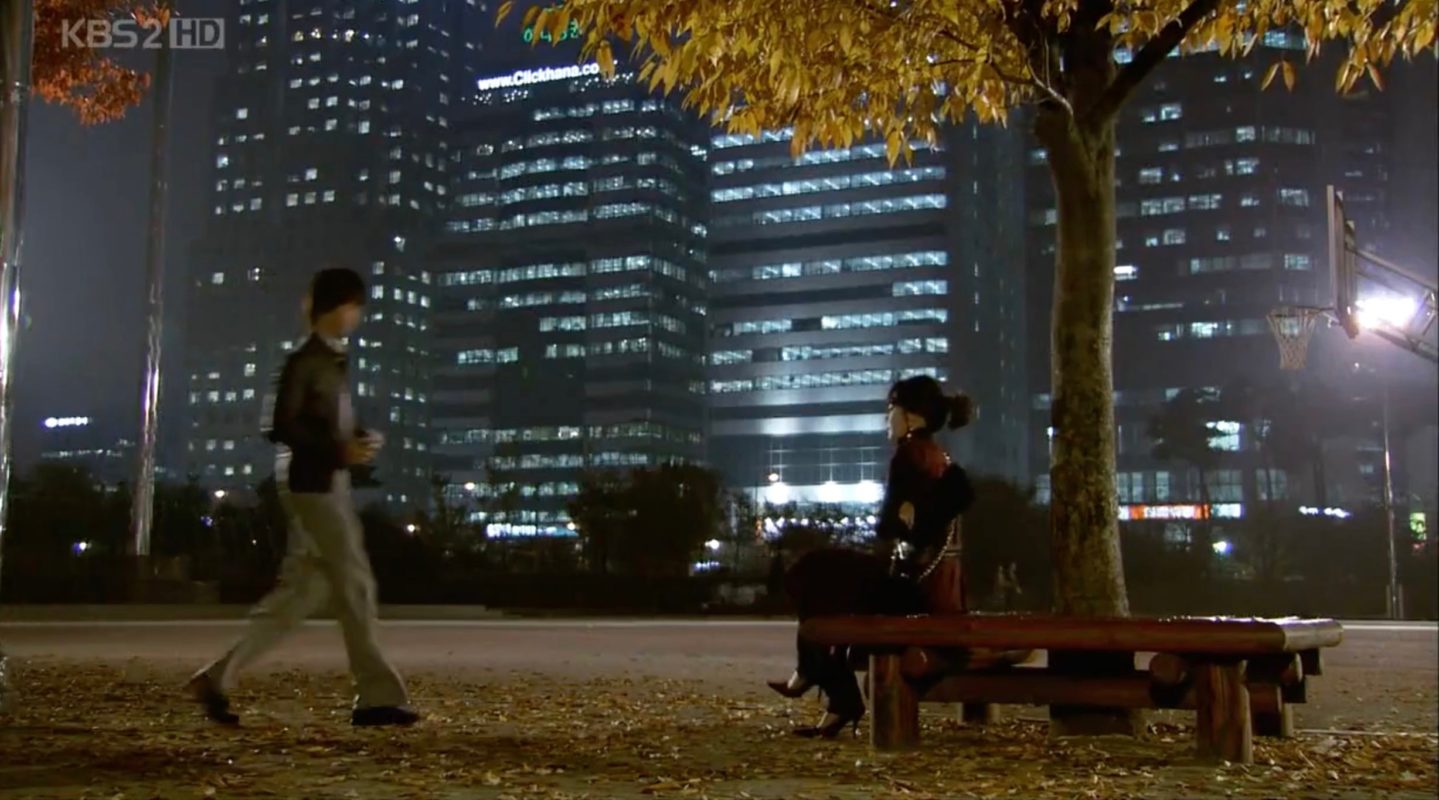 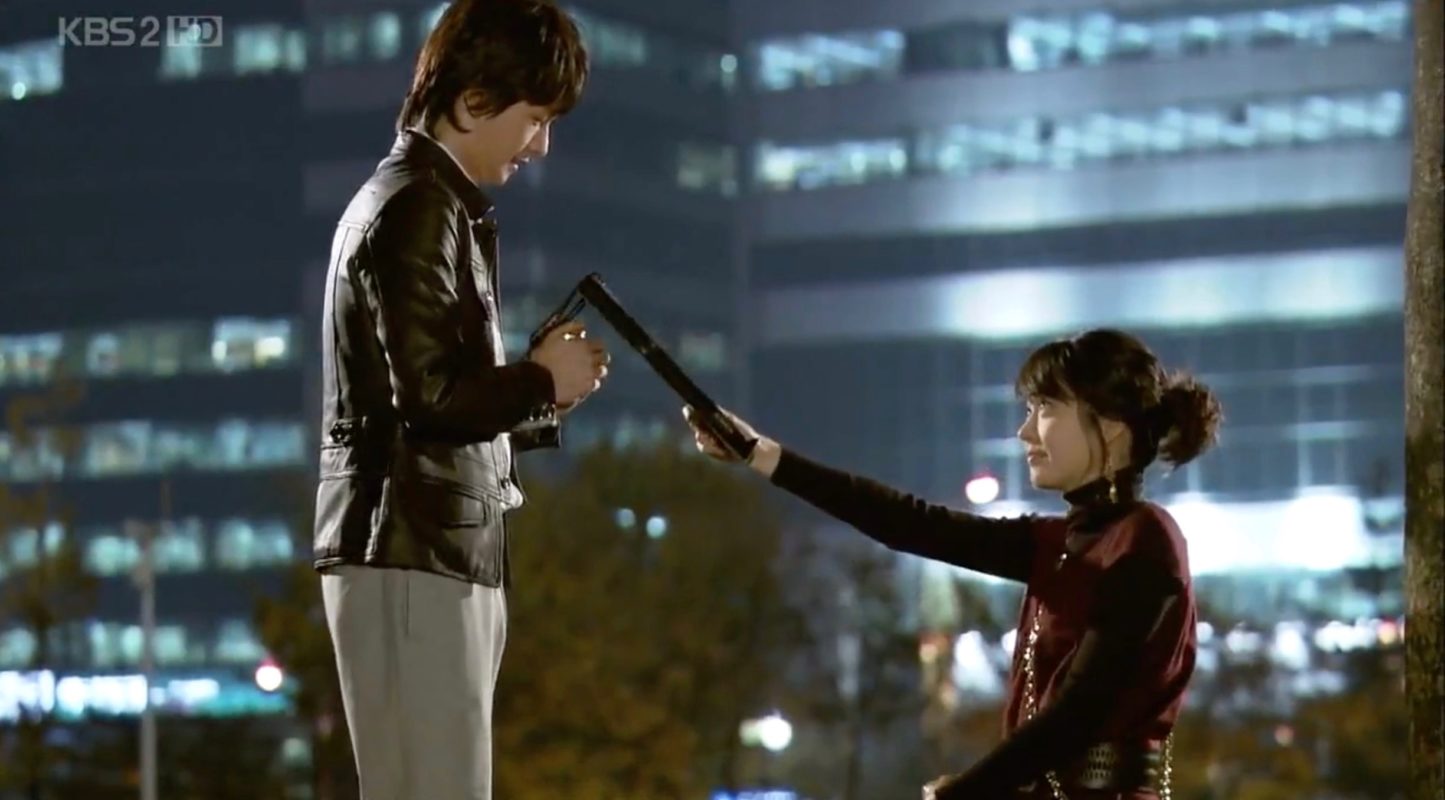 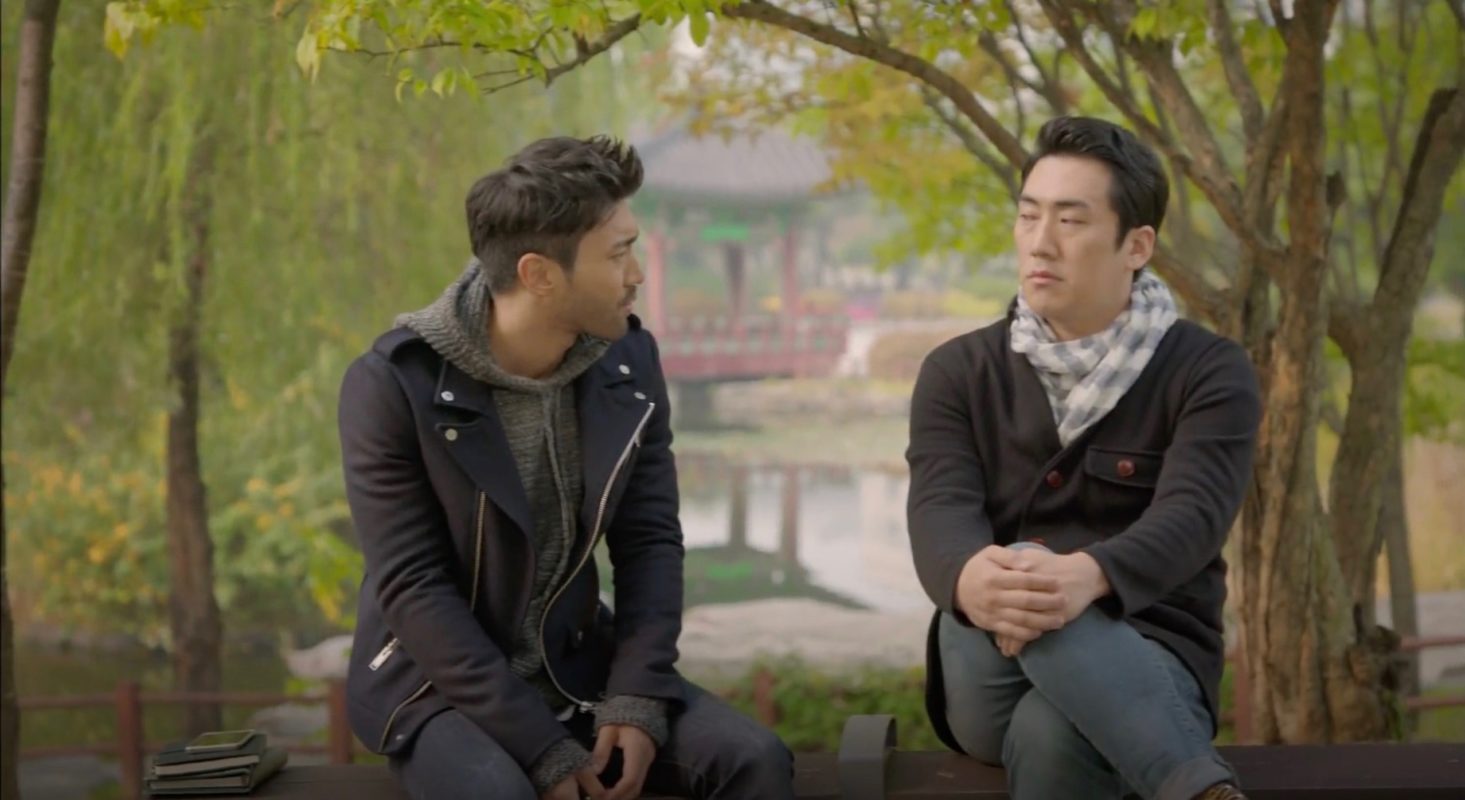 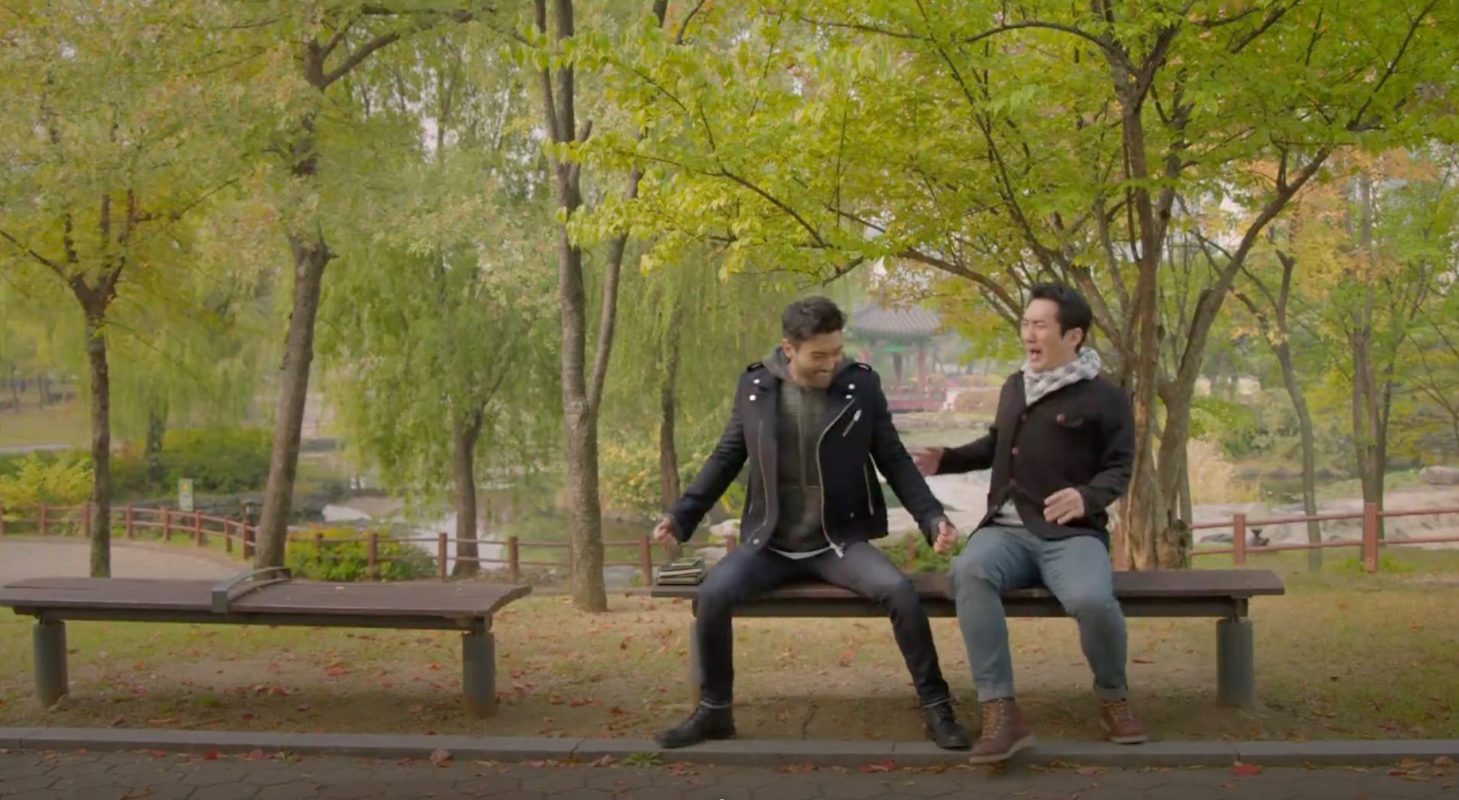 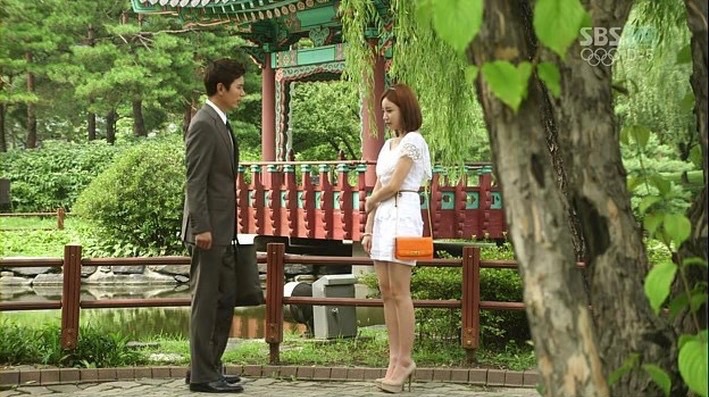 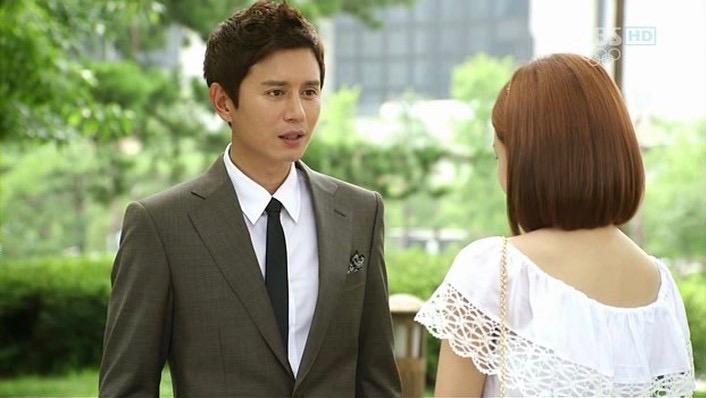 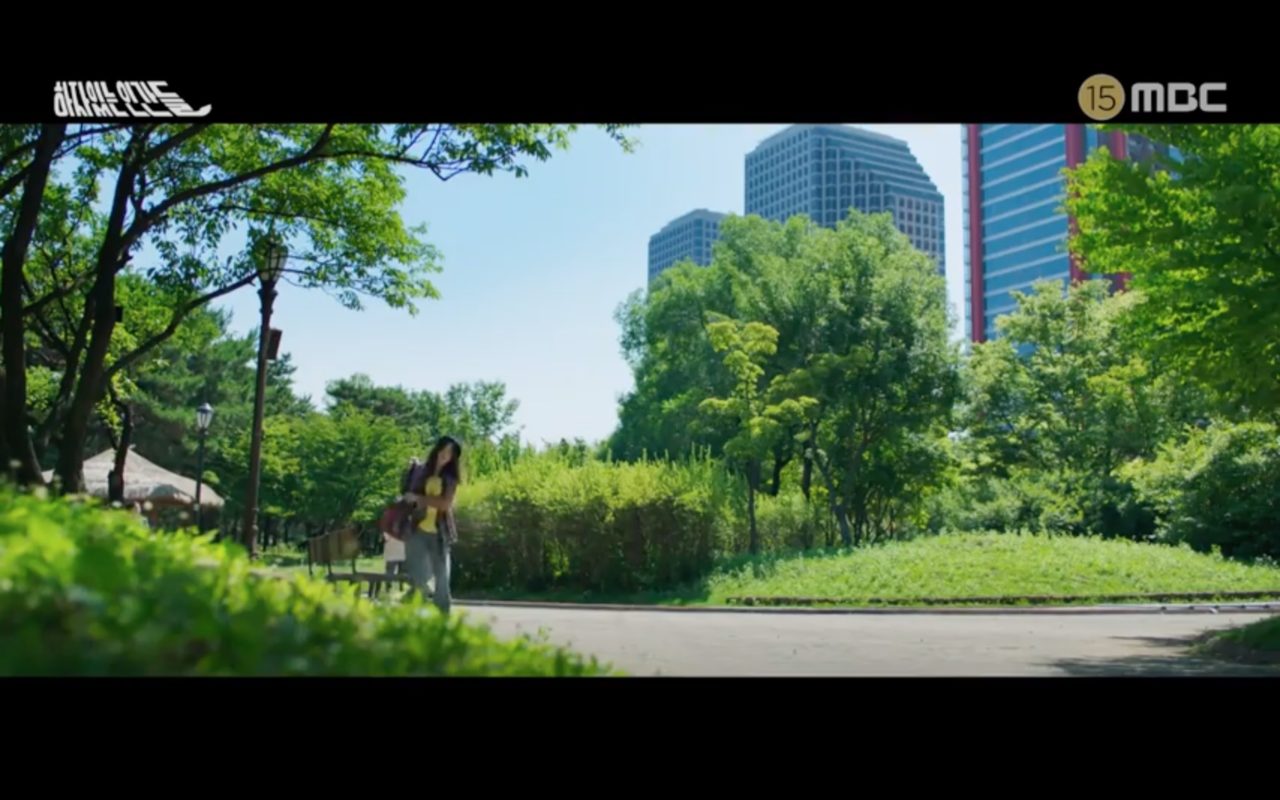 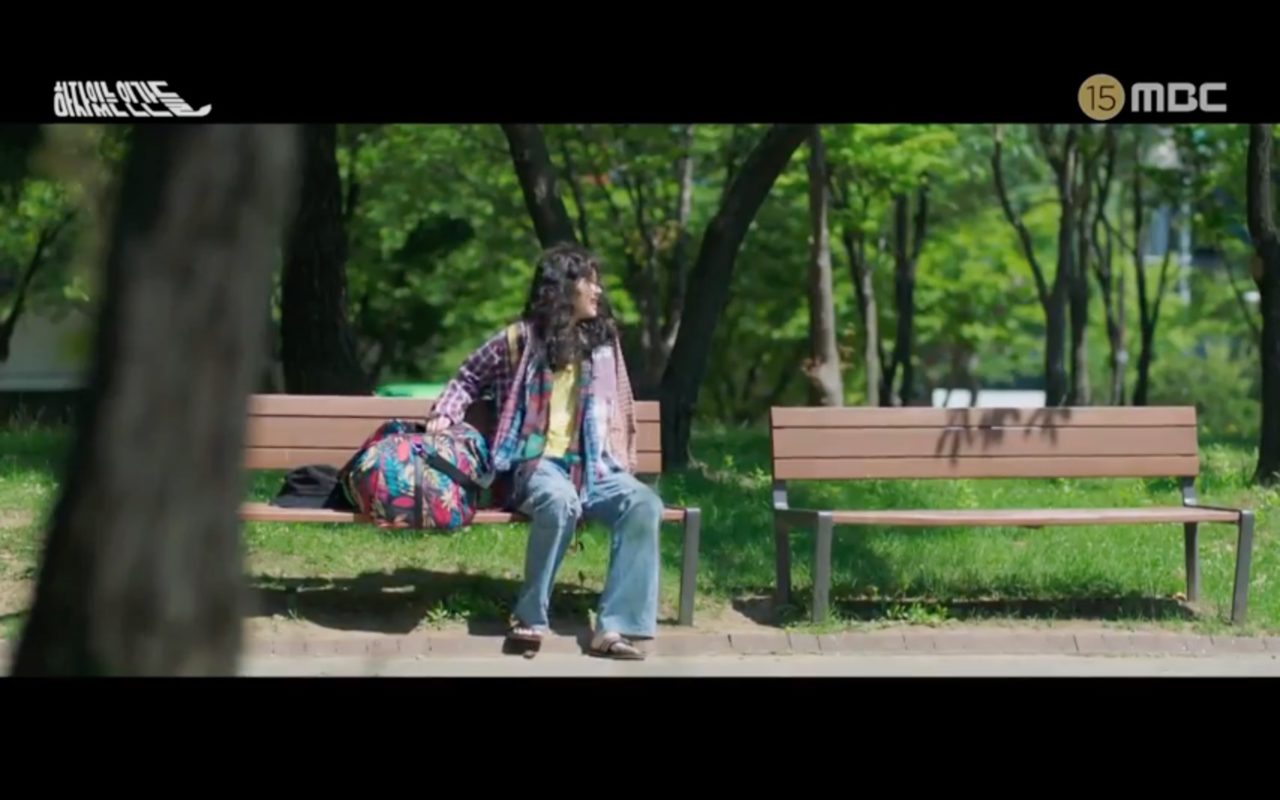 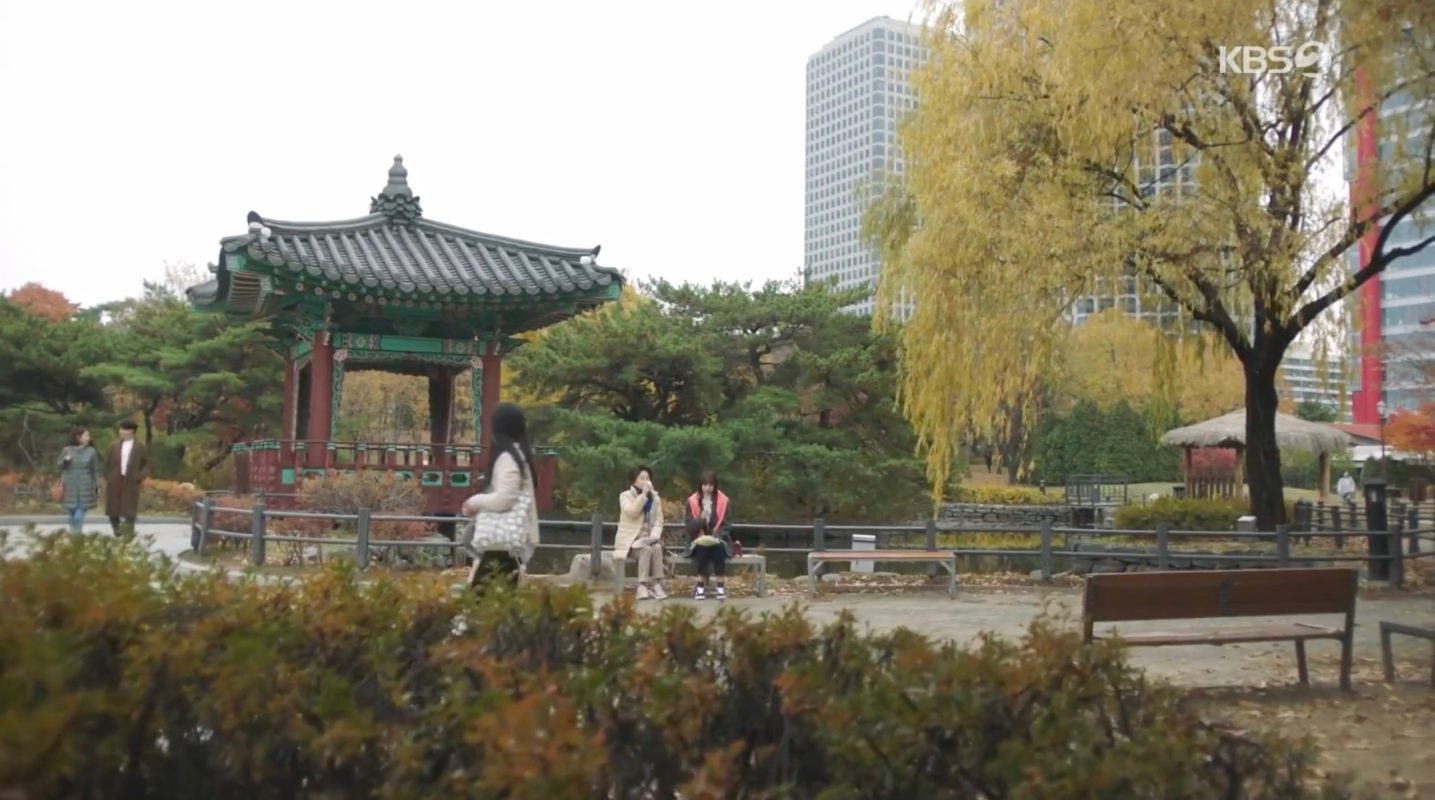 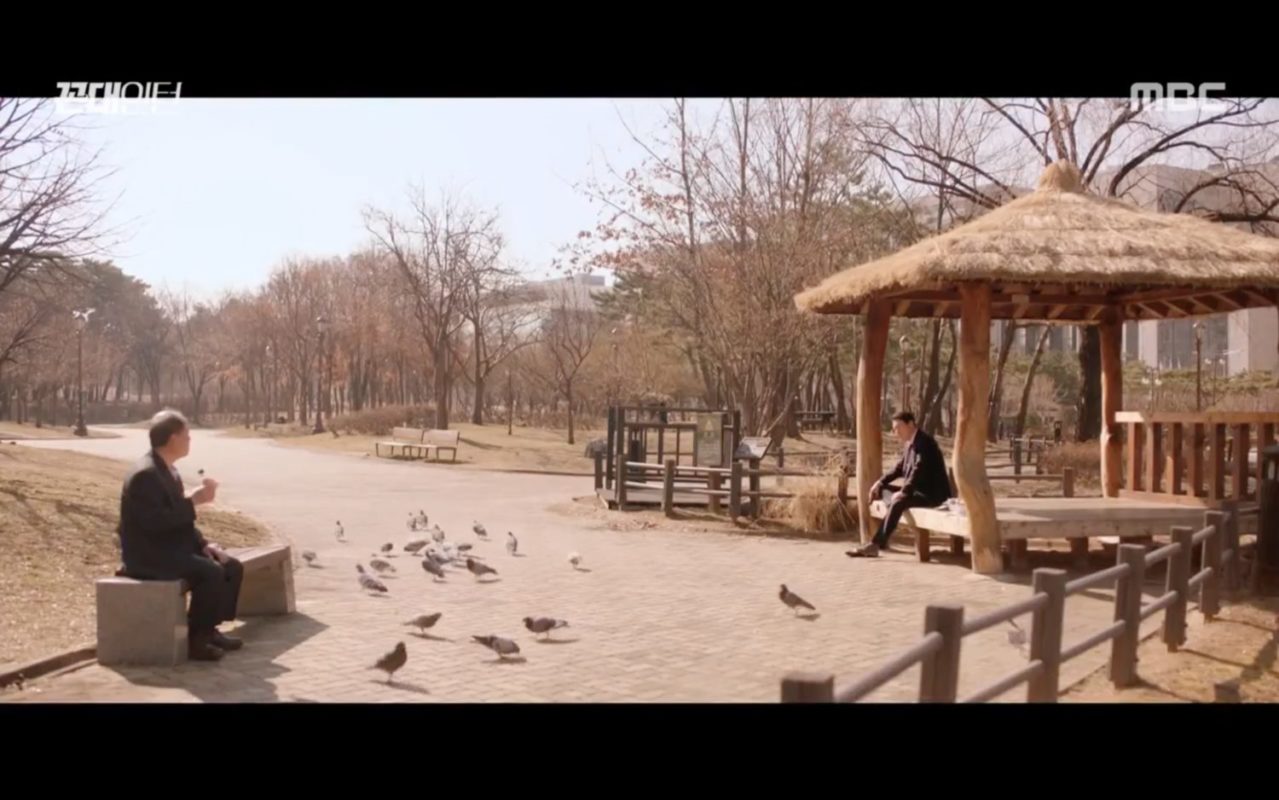 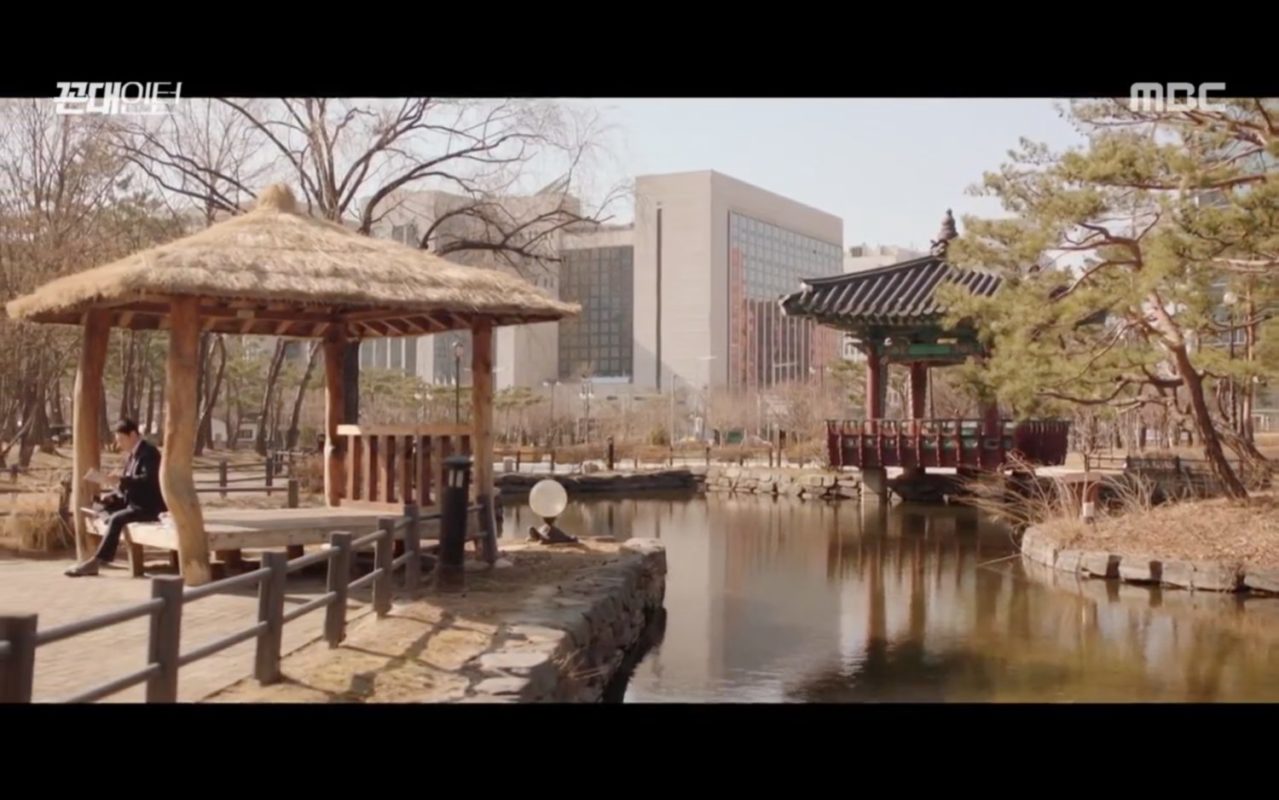 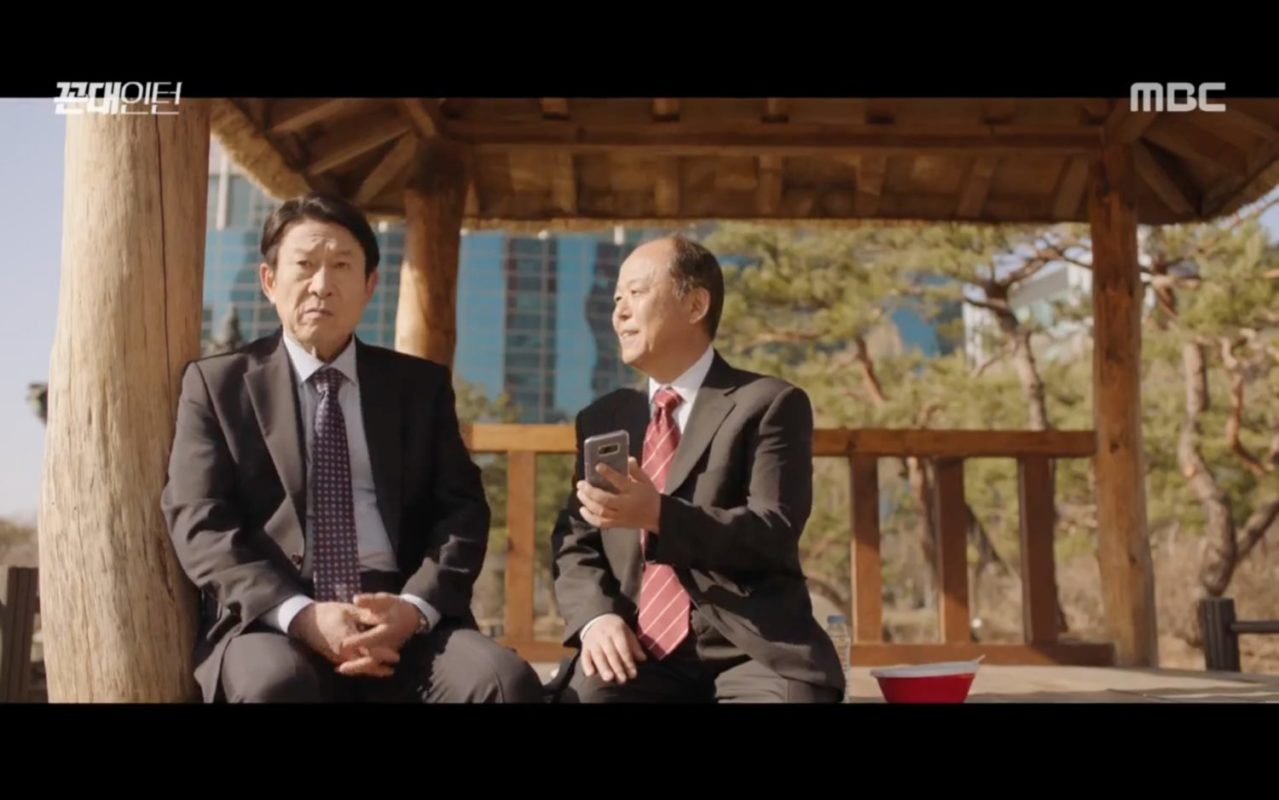 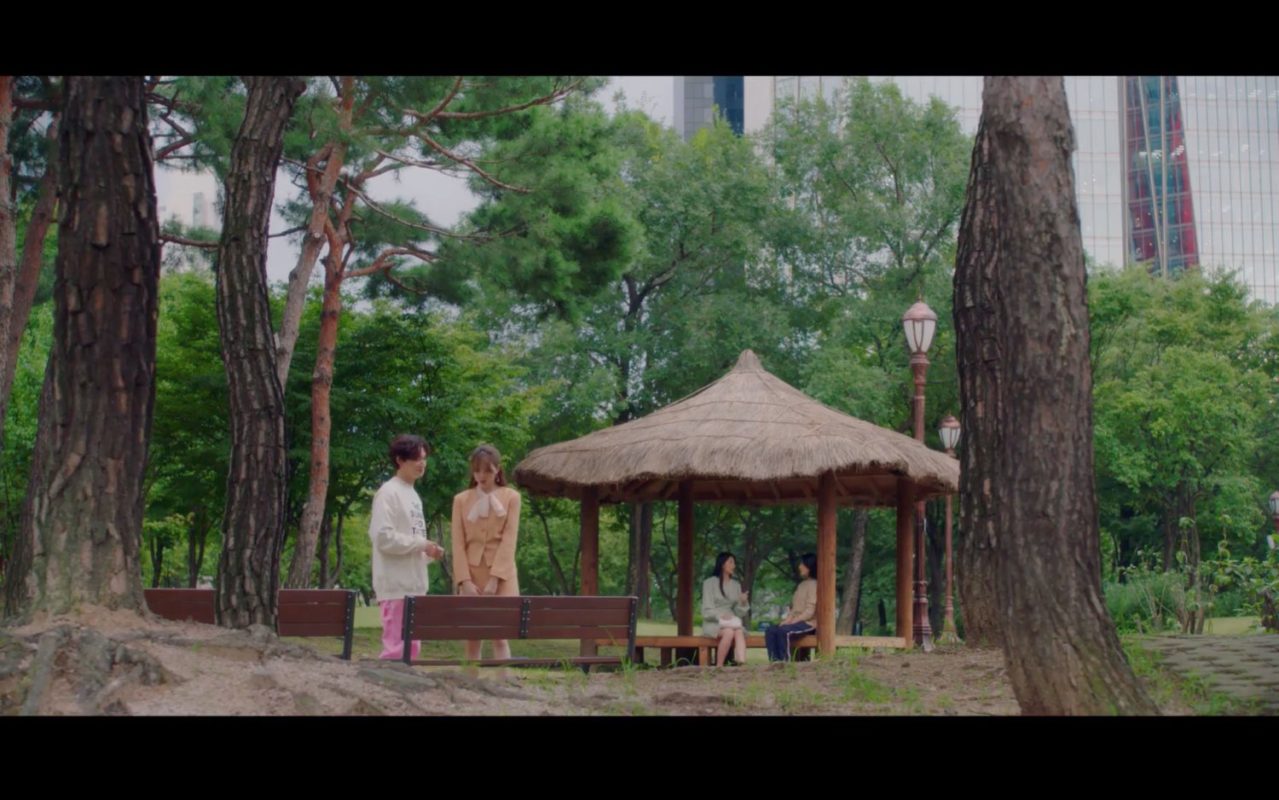 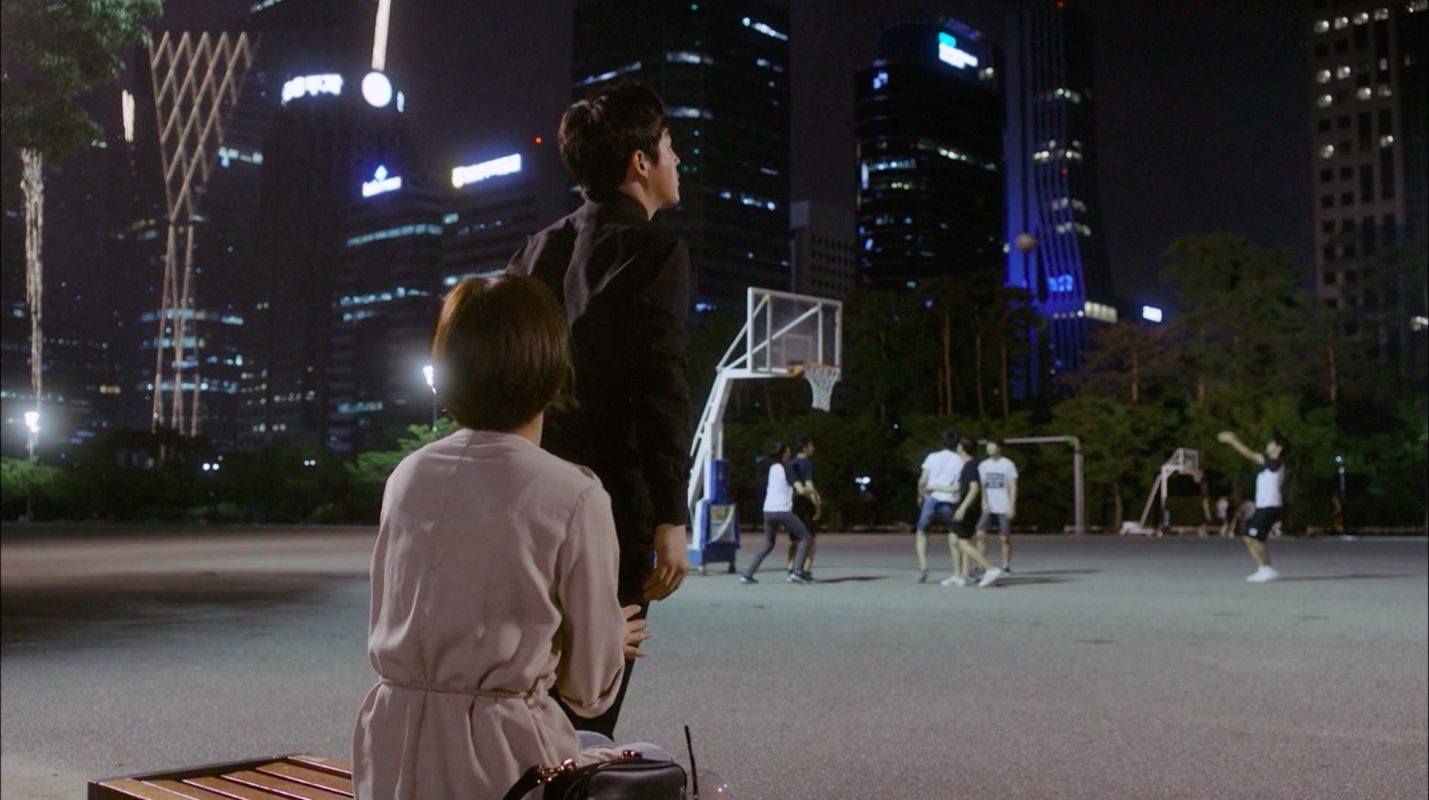 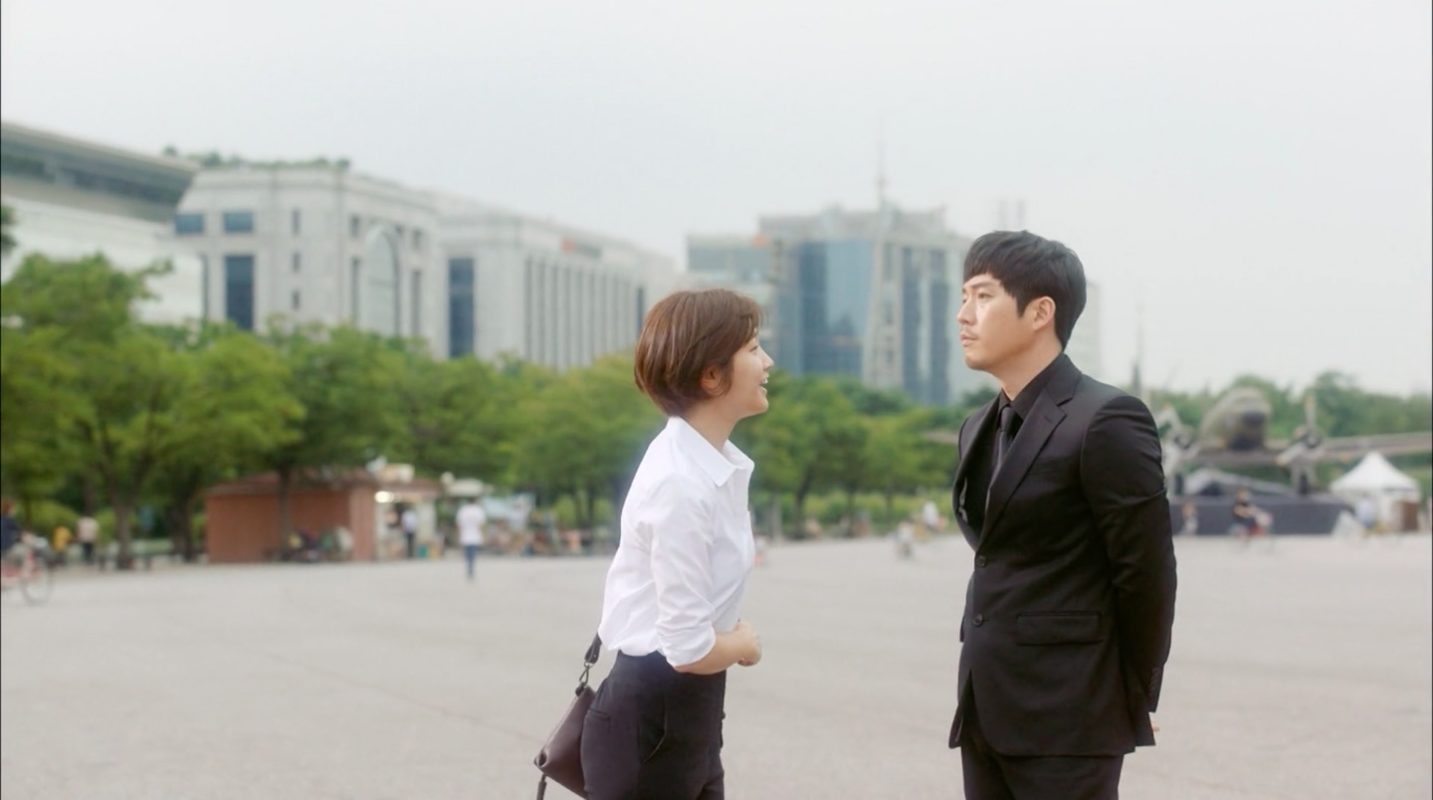 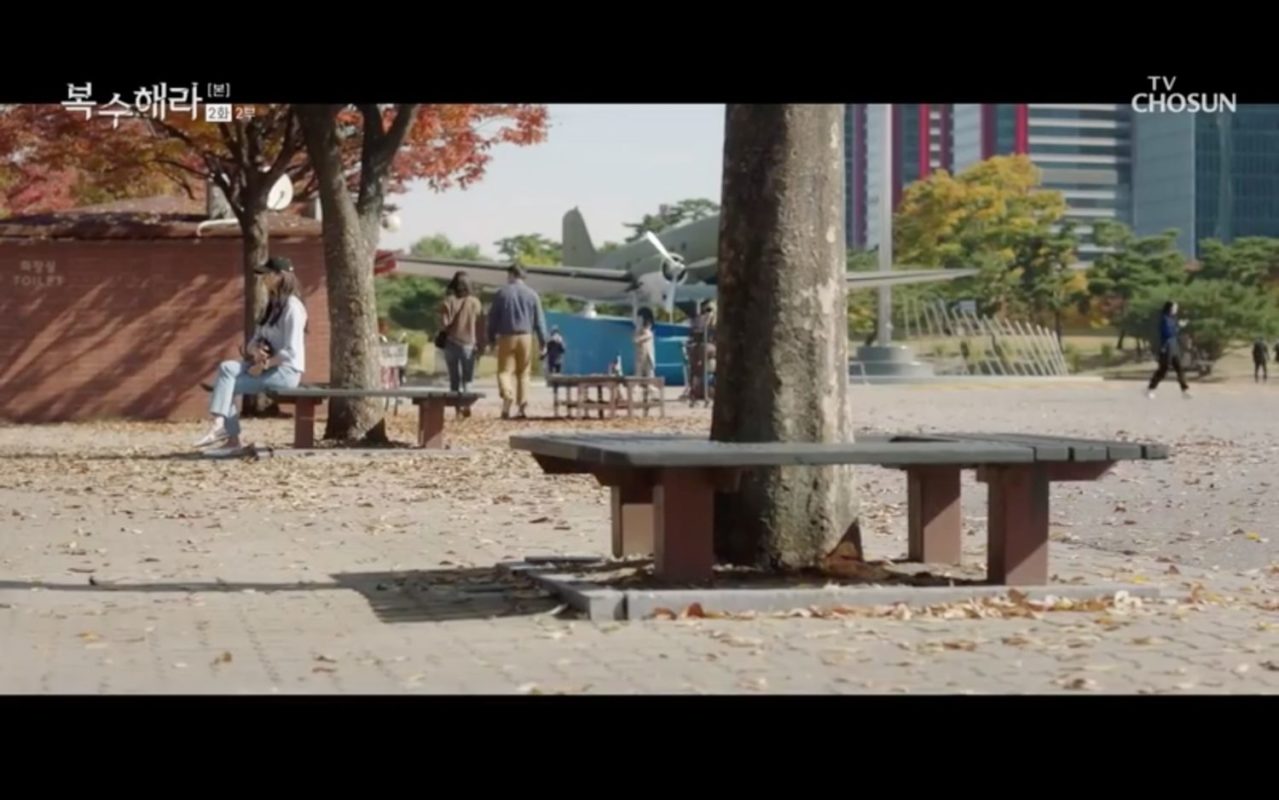 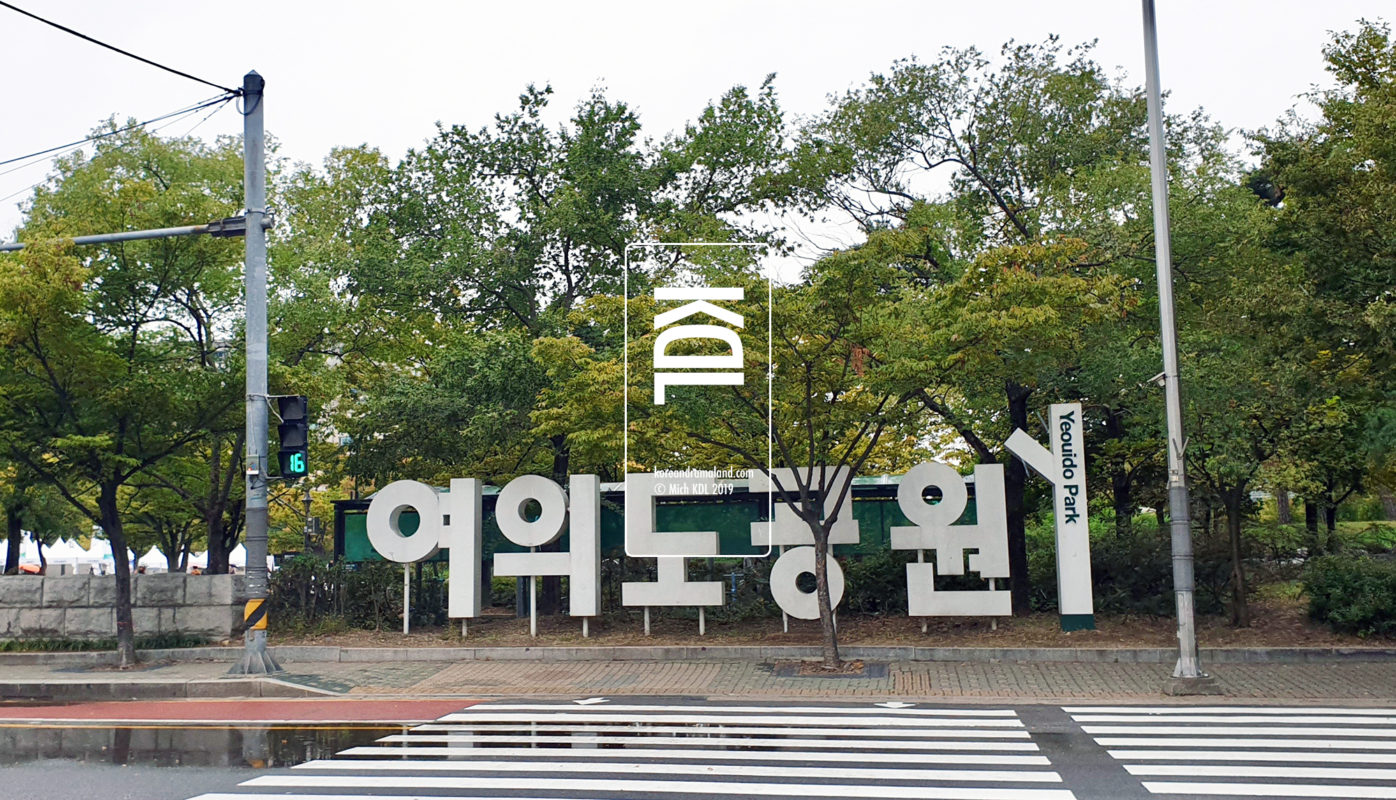 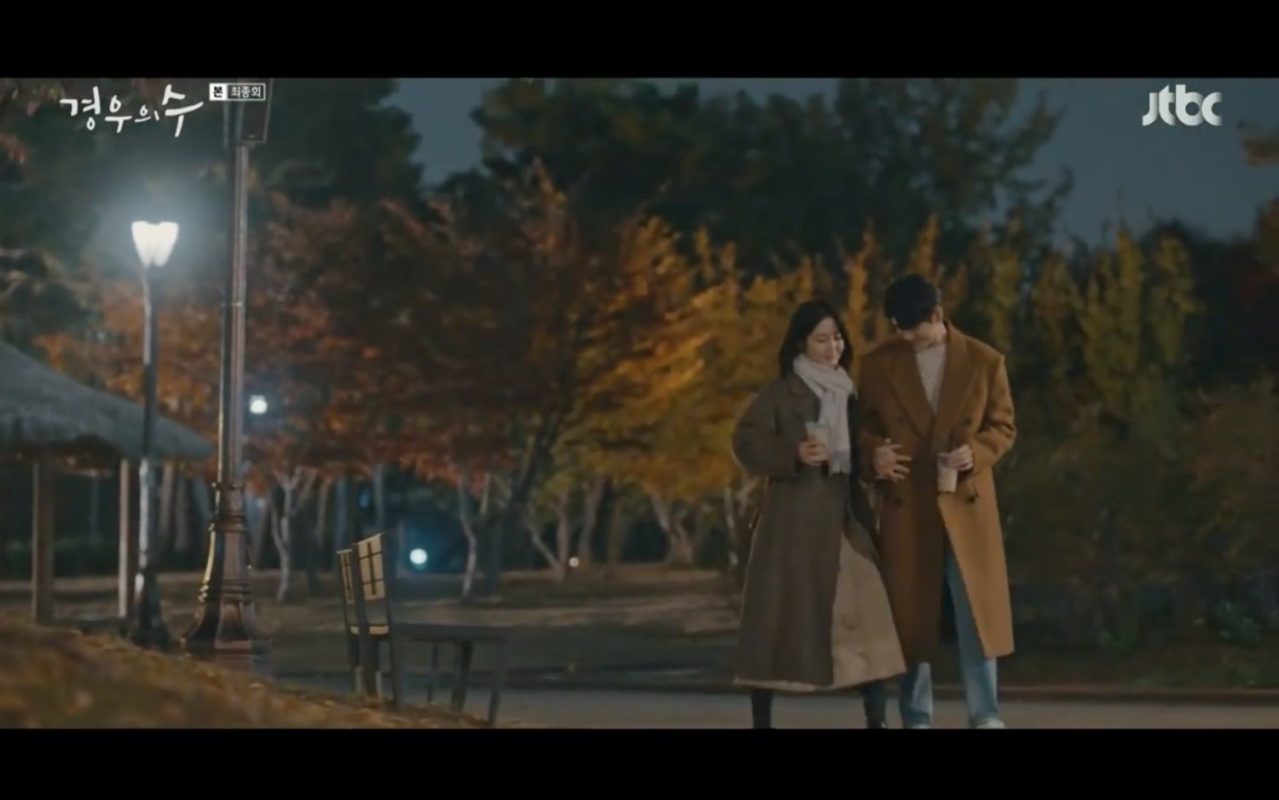 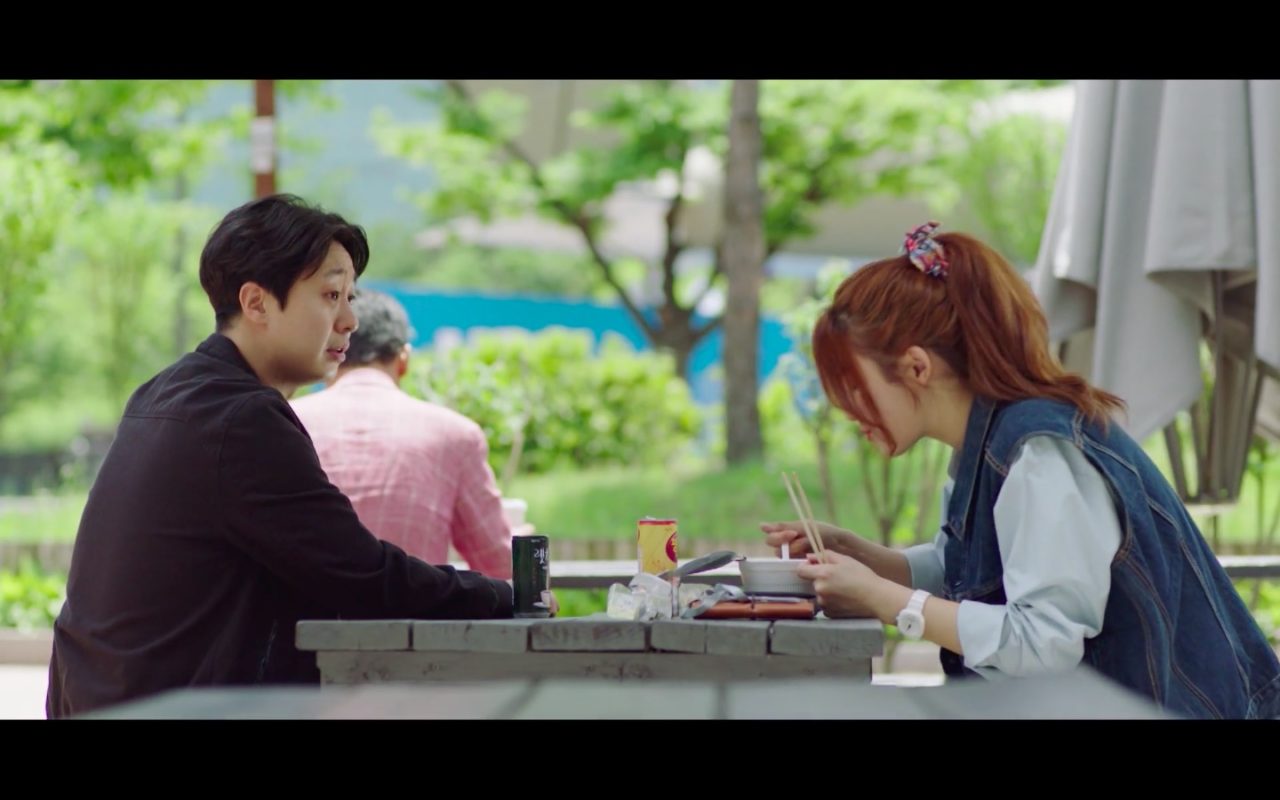 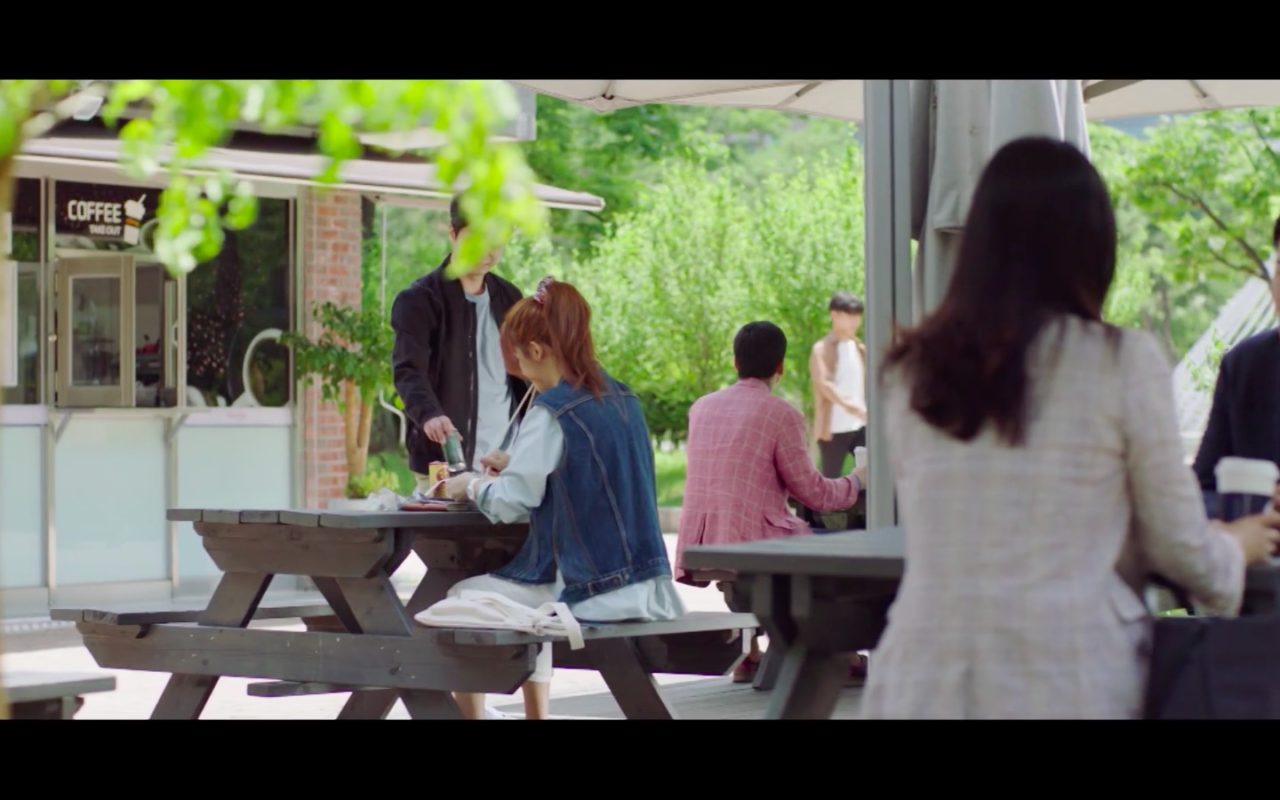 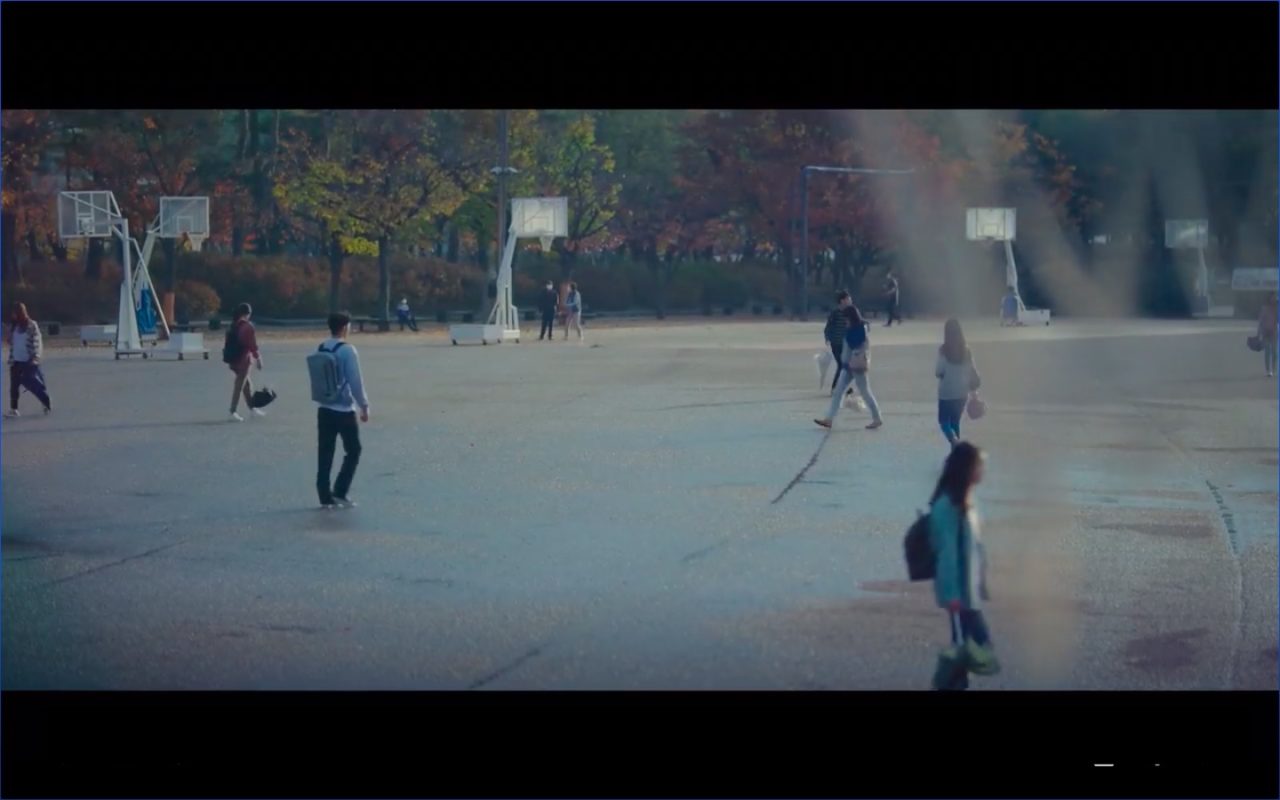 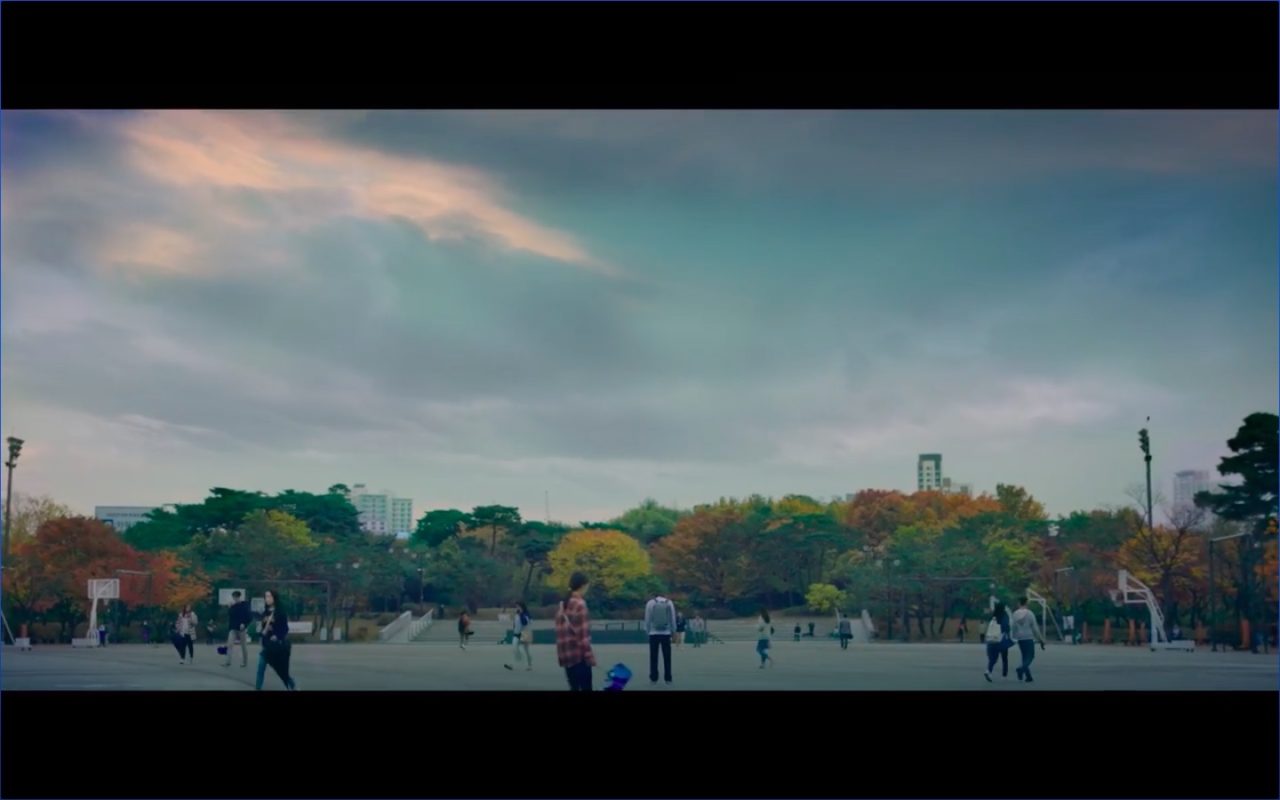 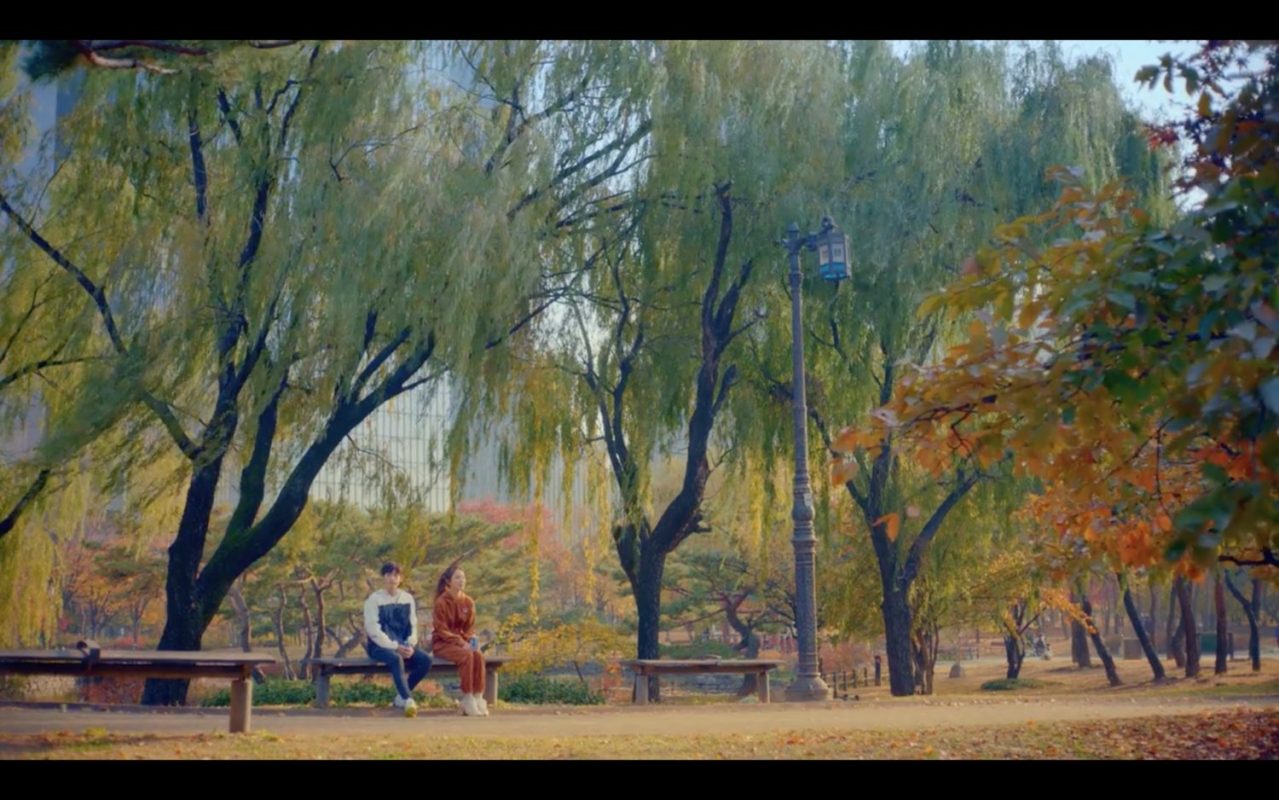 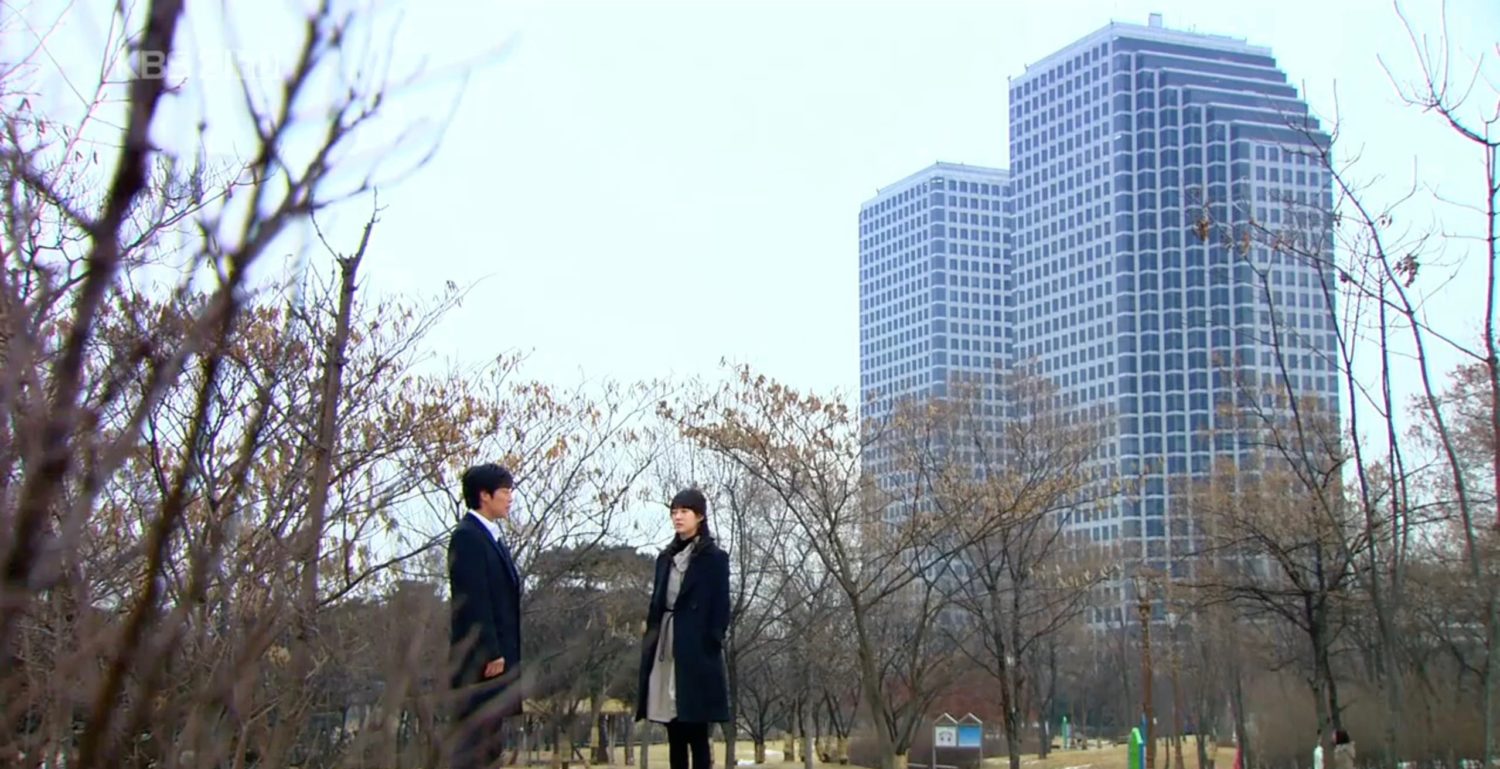 Ki Seon-gyeom (Im Si-wan) teaches Oh Mi-joo (Shin Se-kyung) the basics of jogging at this park after having been at this park in episode 6 of Run On (런온) (JTBC/Netflix, 2020-21).

Kang Hae-ra (Kim Sa-rang) walks through this part of the park when meeting up with an ex-colleague to discuss possibilities to get her job back in episode 2 of Get Revenge/Revenge/The Goddess of Revenge (Boksuhaera/복수해라) (TV Chosun, 2020-21). After a disappointing conversation, she sits down on a park bench and takes a call from her son.

Son Beom-soo (Ahn Jae-hong) confesses his feelings to Im Jin-joo (Chun Woo-hee) at this part of Yeouido Park in episode 11 of Be Melodramatic/Melo Suits Me (멜로가 체질) (JTBC, 2019) and in episode 12, she proposes here to start dating and kisses him afterwards.

The guild battle in the AR Game Next in episode 16 of Memories of the Alhambra (알함브라 궁전의 추억) (tvN, 2018-19) takes place here. Passers-by curiously observe the proceedings as all they appear to see is a group of people that are shadowboxing.

Gye Jin-sung (Park So-dam) is made to play a round or two of basketball here with Lee Young-o (Jang Hyuk) in episode 11 of Beautiful Mind (뷰티풀 마인드) (KBS2, 2016). Later, he admits that his was his way of avoiding her answer to his dating question; she eventually kisses him in response, telling him that he didn’t give her a chance to speak, and shyly walks away while leaving a stunned Young-o rooted to the spot.

Kyung Woo-yeon (Shin Ye-eun) and Lee Soo (Ong Seong-wu of Wanna One) come to this park on a date in final episode 16 of More Than Friends/Number Of Cases (Kyeongueui Su/경우의 수) (JTBC, 2020).

Kim Jin-u (Kwon Soo-hyun) and Won Hae-na (Jo Yoo-jung) meet up at this part of the park and talk about the advantage of dating versus marriage —the real thing versus the fantasy world— in episode 12 of Record of Youth/The Moment/Youth Record (청춘기록) (tvN, 2020).

Lee Man-sik (Kim Eung-soo) takes a break from job hunting at this park in episode 2 (full episode 1) of Kkondae Intern/Old School Intern (꼰대인턴) (MBC, 2020) and Eom Han-gil (Kim Ki-cheon), also resting at this park, approaches him to ask him if he wants to join in for applying for a security guard position.

Baek Jang-mi (Shin Do-hyun) sits down close to this part of Yeouido Park with a sports bag full of money in episode 1 of Love With Flaws (하자있는 인간들) (MBC, 2019-20) and thinks to herself how having a lot of money on her is not of much help.

Kim Shin-hyuk (Choi Si-won) gives an interview to a reporter at this part of the park in episode 11 of She Was Pretty (그녀는 예뻤다) (MBC, 2015).

Sunwoo In-young (Jo Yeo-jeong) and Bae Sung-hyun (Choi Jin-hyuk) have a picnic date at this part of the park in episode 10 of I Need Romance (Romaenseuga Pilyohae/로맨스가 필요해) (tvN, 2011) and Kim Jeong-hoon (Kim Sung-soo) sees them happy together when jogging past them.

Gong Sun-ji (Park Joo-hyun) has ramen with a triangle kimbap as her PD (Bae Yoo-ram) joins her in episode 1 of Zombie Detective (좀비탐정) (KBS2, 2020).

Yeouido Park [여의도공원], opened in 1999, is a large recreational park complex, which covers an area of 229,539m (about 70,000 pyeong) and that traverses the middle of Yeouido Island. It comprises of different parts, like the Yeouido Park Culture Hall [여의도공원 문화의마당] and the Grass Field [여의도공원잔디마당] — grouped around four themes: Korean traditional forest, lawn yard, cultural yard, and natural ecological forest. The park is located in Seoul’s neighborhood Yeouido [Yeouido-dong/여의동] in the Yeongdeungpo District [Yeongdeungpo-gu/영등포구]. Usually office workers relay here during lunch time and/or for coffee.

The C-47 airplane seen in Memories of the Alhambra was meant to have been exhibited here temporarily from April 11 to August 16 2018 at the ‘여의도공원태극기게양대’ part of the park, which is at the eastern end of the park’s Culture Hall. As of October 2019, it was still there; and even briefly appearing in some 2020 dramas.

According to Naoko Abe’s book ‘Cherry’ Ingram: The Englishman Who Saved Japan’s Blossoms (cf. appendix, p. 316), this park is considered to be one of the most popular places around the world for cherry blossom viewing.

Address of Ministop
68 Yeouigongwon-ro, Yeongdeungpo-gu, Seoul, South Korea
서울특별시 영등포구 여의공원로 68
(여의도동 2)
Geolocation: 37.525839, 126.920925
(Note that the geolocation may be more accurate than the actual address; look out for the C-47 plane in the middle of the park)