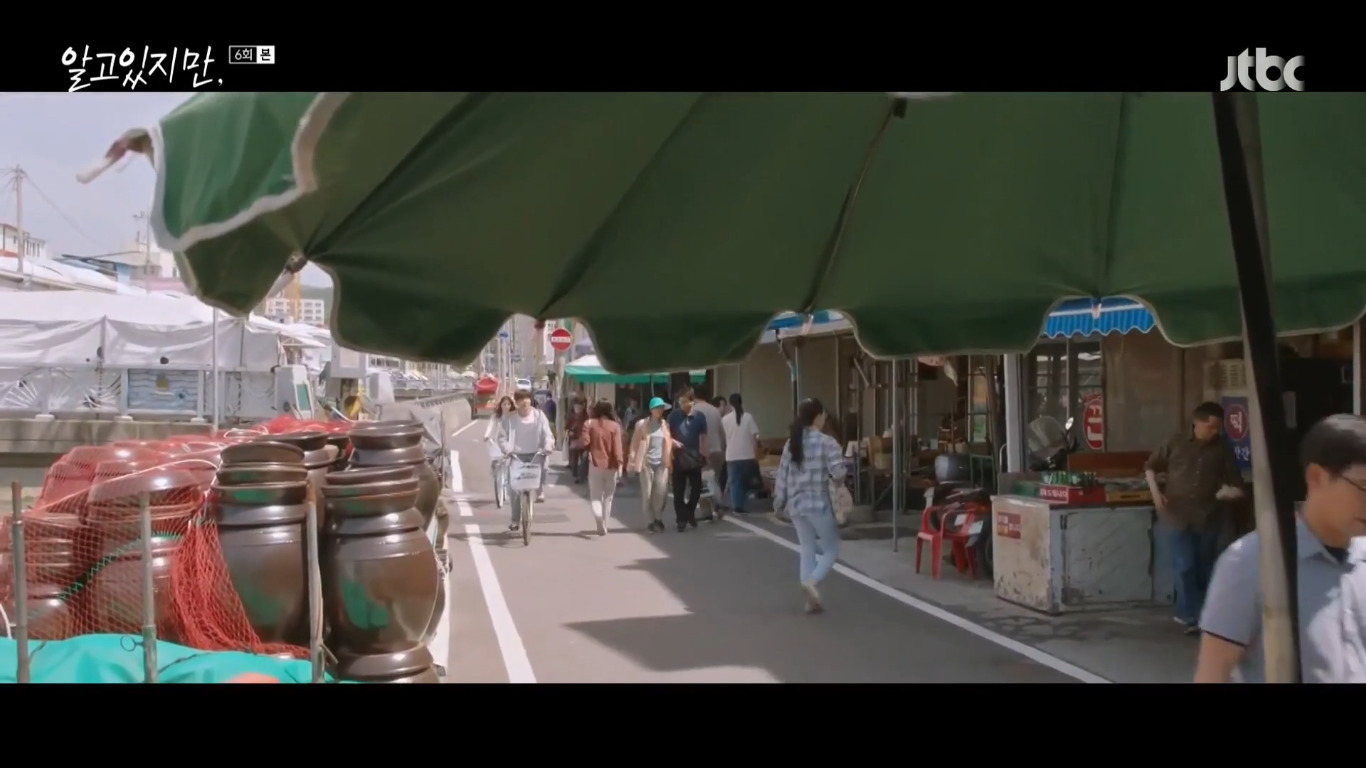 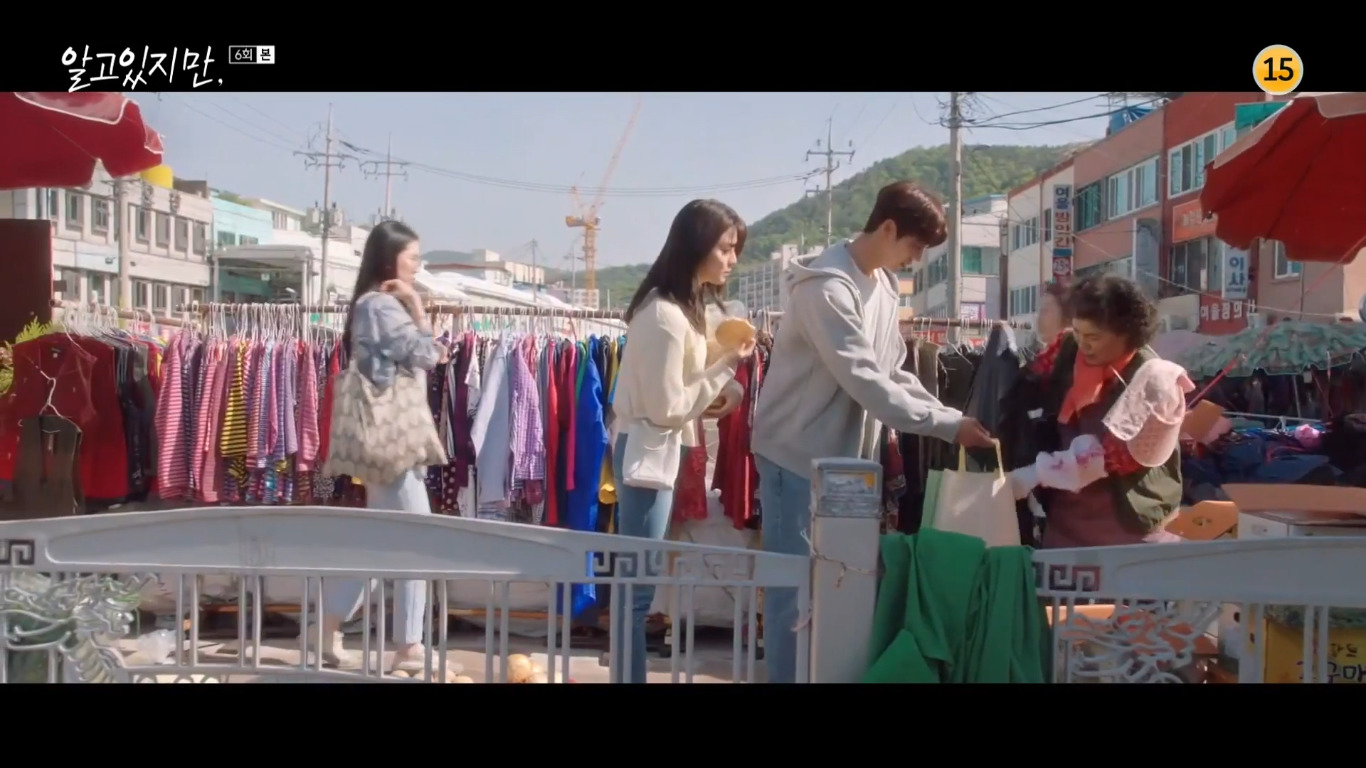 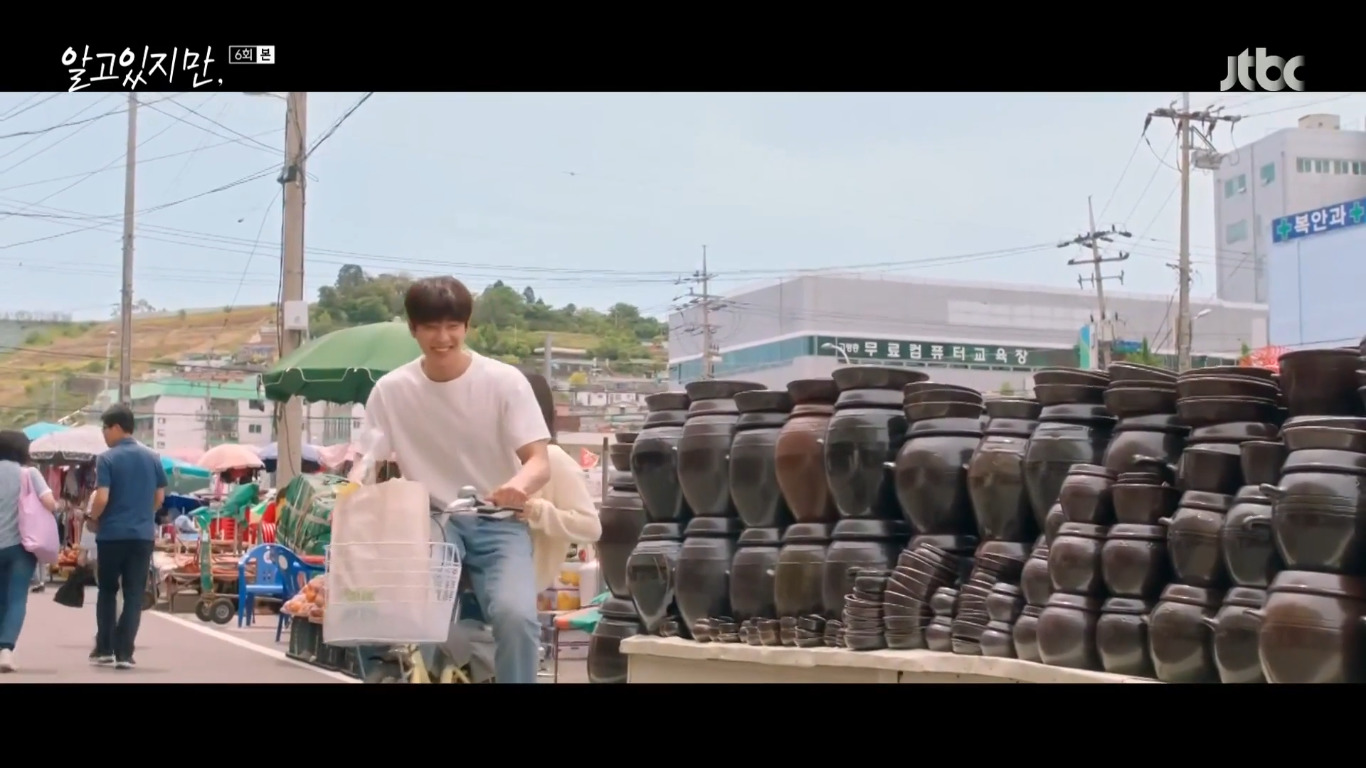 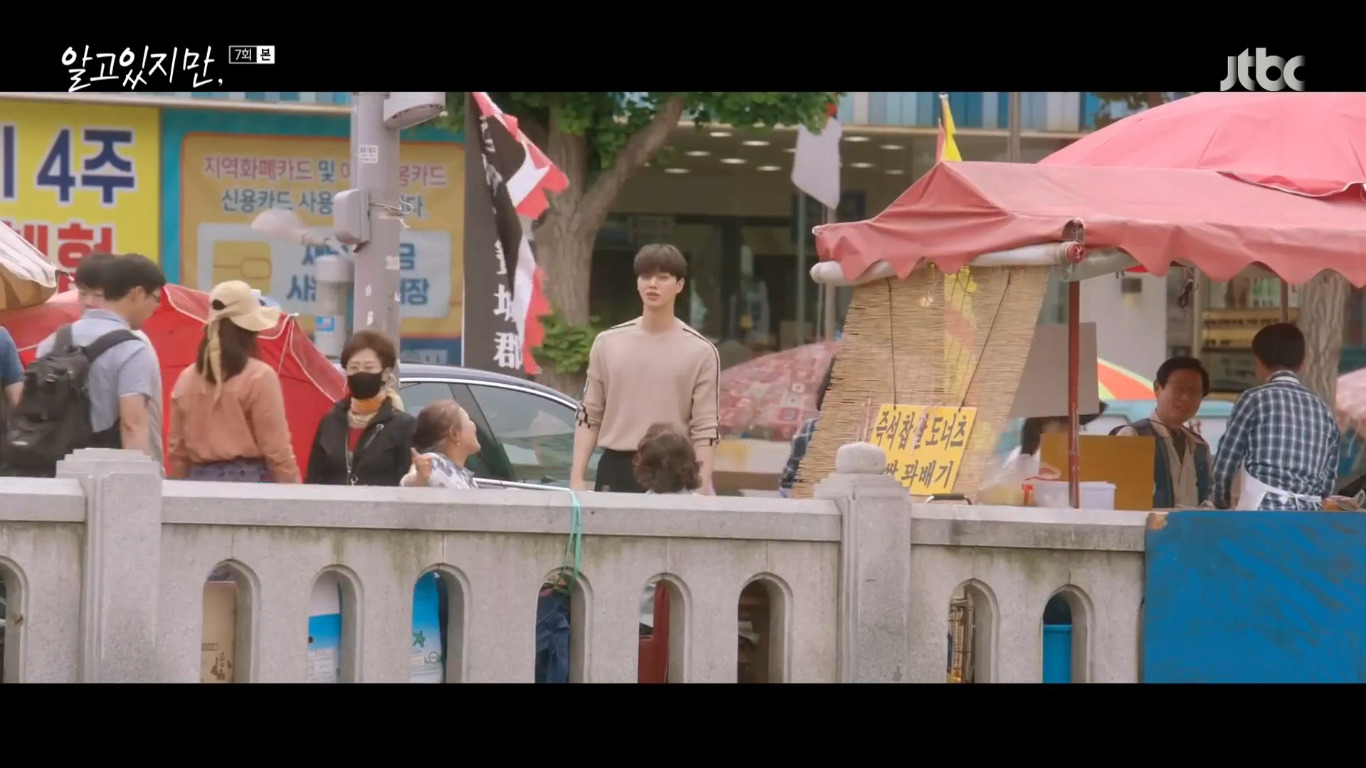 In episodes 6 and 7 of Nevertheless/I Know But (알고있지만) (JTBC/Netflix, 2021), Yoo Na-bi (Han So-hee) helps Yang Do-hyeok (Chae Jong-hyeop) with preparations for the seniors’ MT weekend. They ride bikes to this market, where they buy food and he gets a large discount from a friendly ahjumma, because his “girlfriend” is so pretty. On returning to the bikes, they find they have a flat tyre, and Do-hyeok’s cousin Do-yeon (Lee Hye-won) slyly suggests that he’d done that on purpose, but then offers to get it repaired for them. Unknown to them, Park Jae-eon (Song Kang) has stopped to ask for directions on the bridge, and sees them riding off together, with Do-hyeok smiling widely.

Yeosu Traditional West Market [여수 전통 서시장] is a market located in Yeosu’s neighborhood Chungmu [Chungmu-dong/충무동]. It first opened for business in 1934, and became a permanent market in May 1982. Most of the market stalls are housed within a building, however many stalls have also spread across to both sides of Yeondeungcheon Stream [연등천] from the main entrance on Jwasuyeong-ro [좌수영로].

The market is well known for fresh seafood, fruit and vegetables grown in the Yeosu area, along with shops that sell clothing and household items, and many restaurants. The market also sells Yeosu honey bread and gyeongdan, a traditional glutinous rice dessert.

The area where Nevertheless was filmed is outside the main market building near the stream, and across the road from the entrance of the Gyodong Fish Market [교동시장].