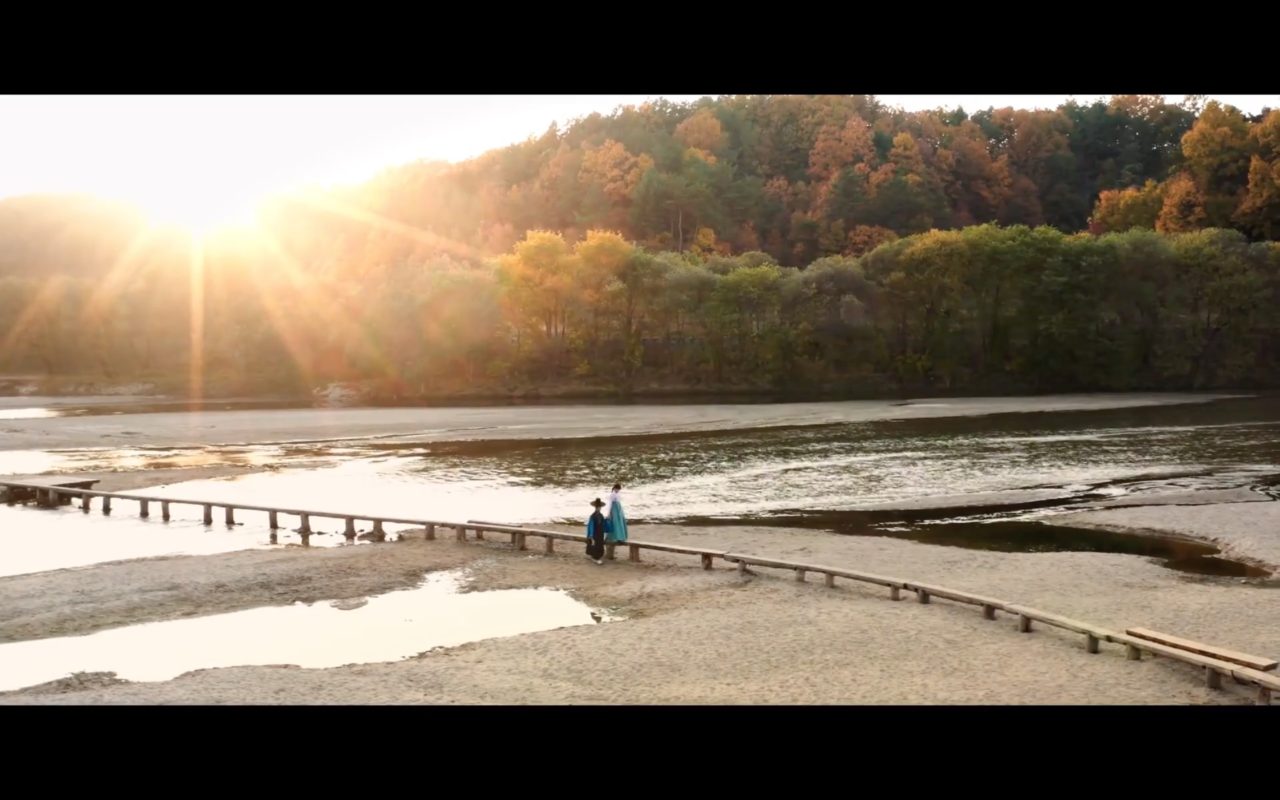 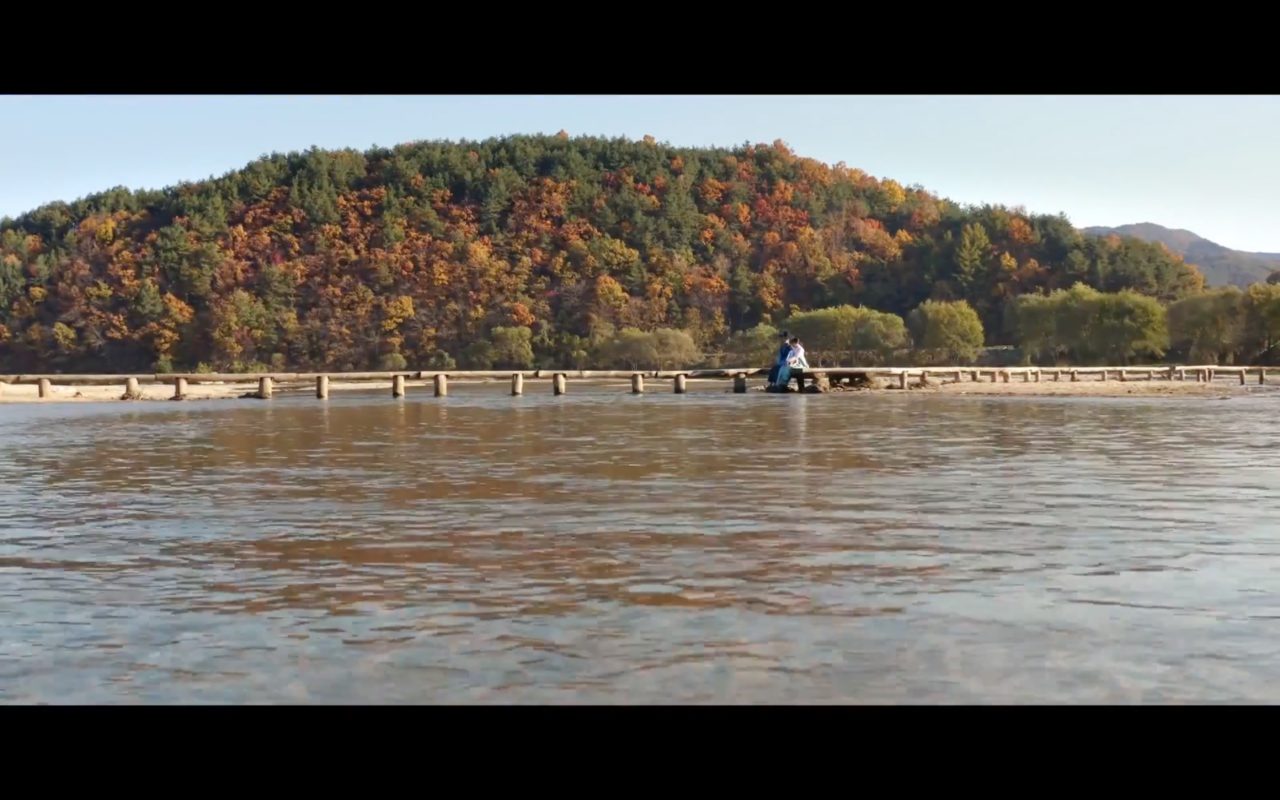 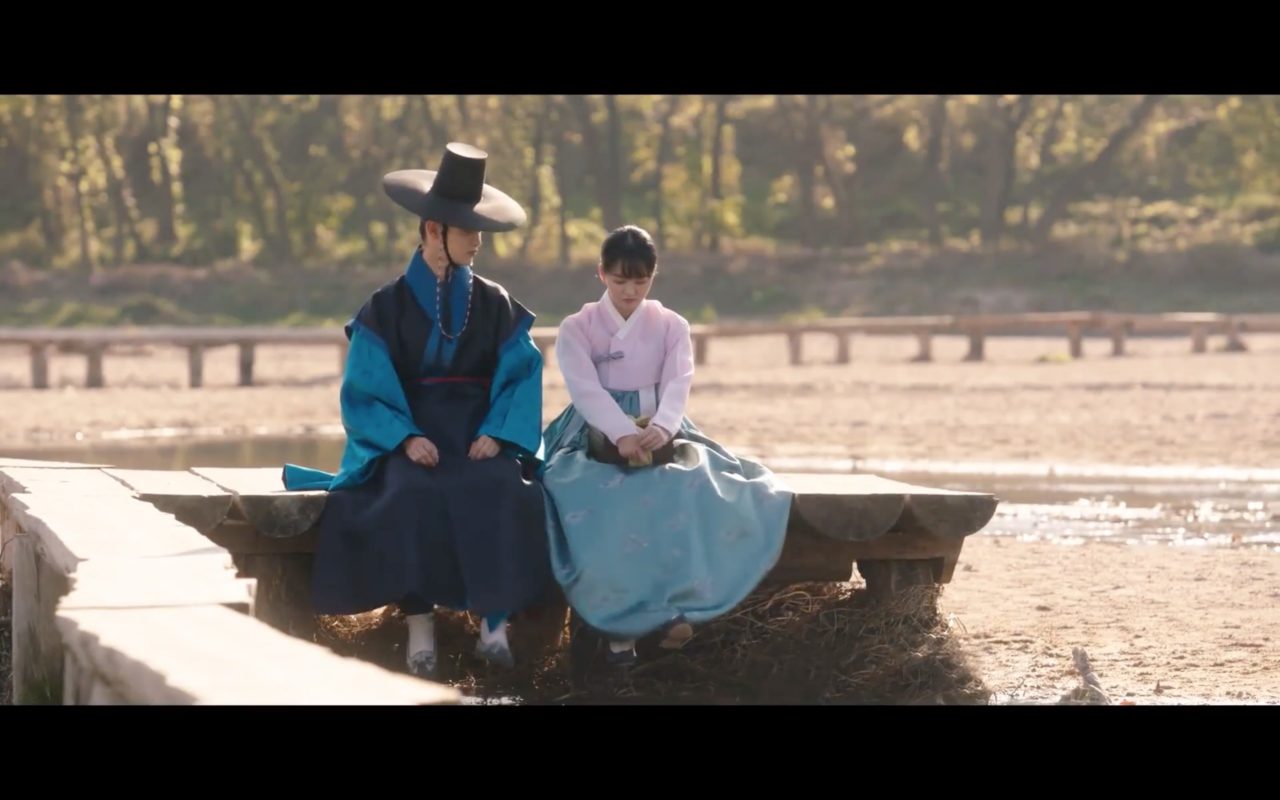 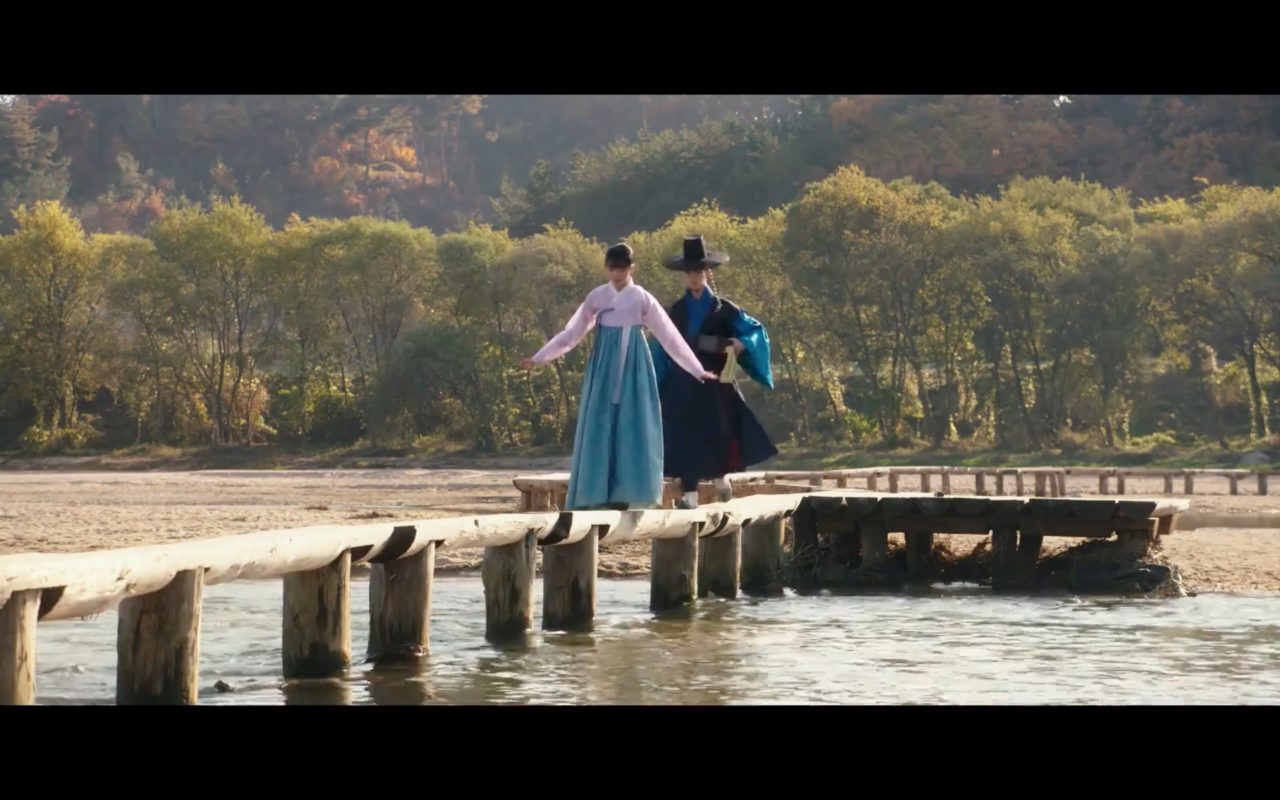 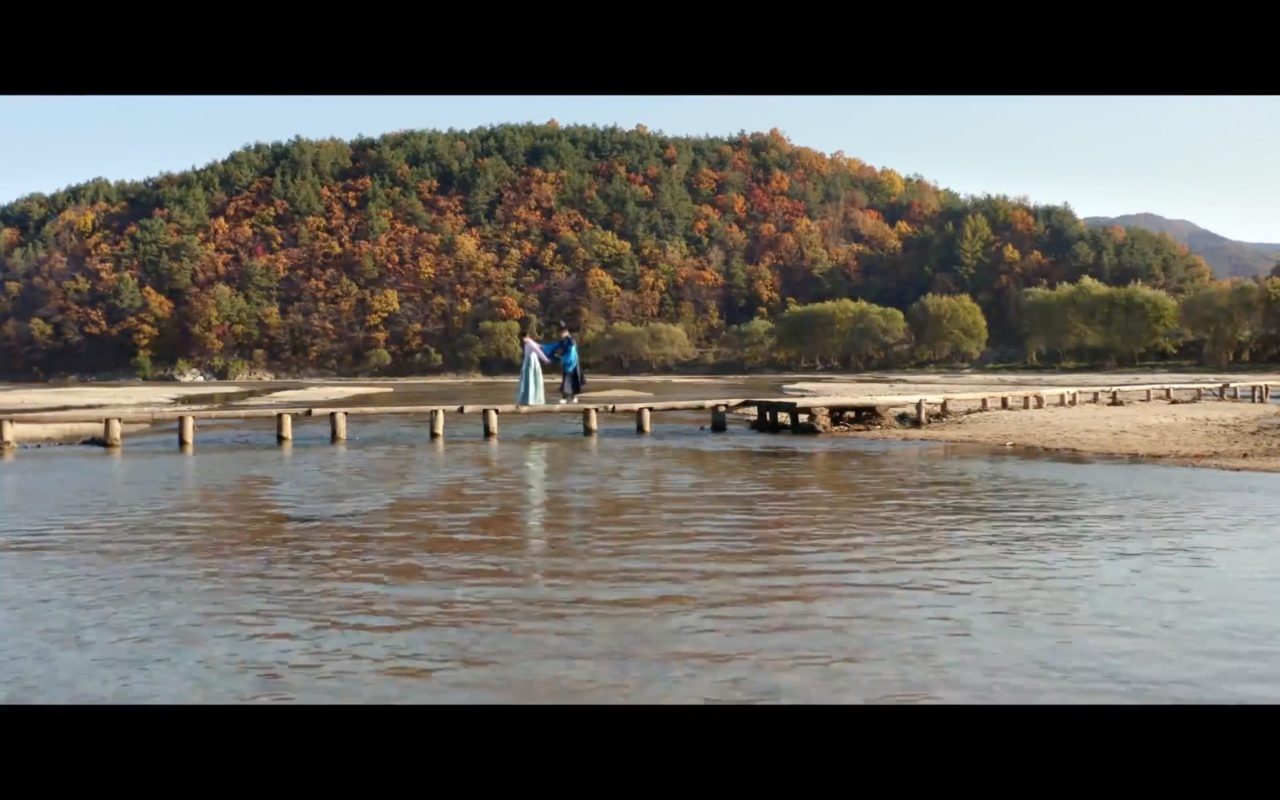 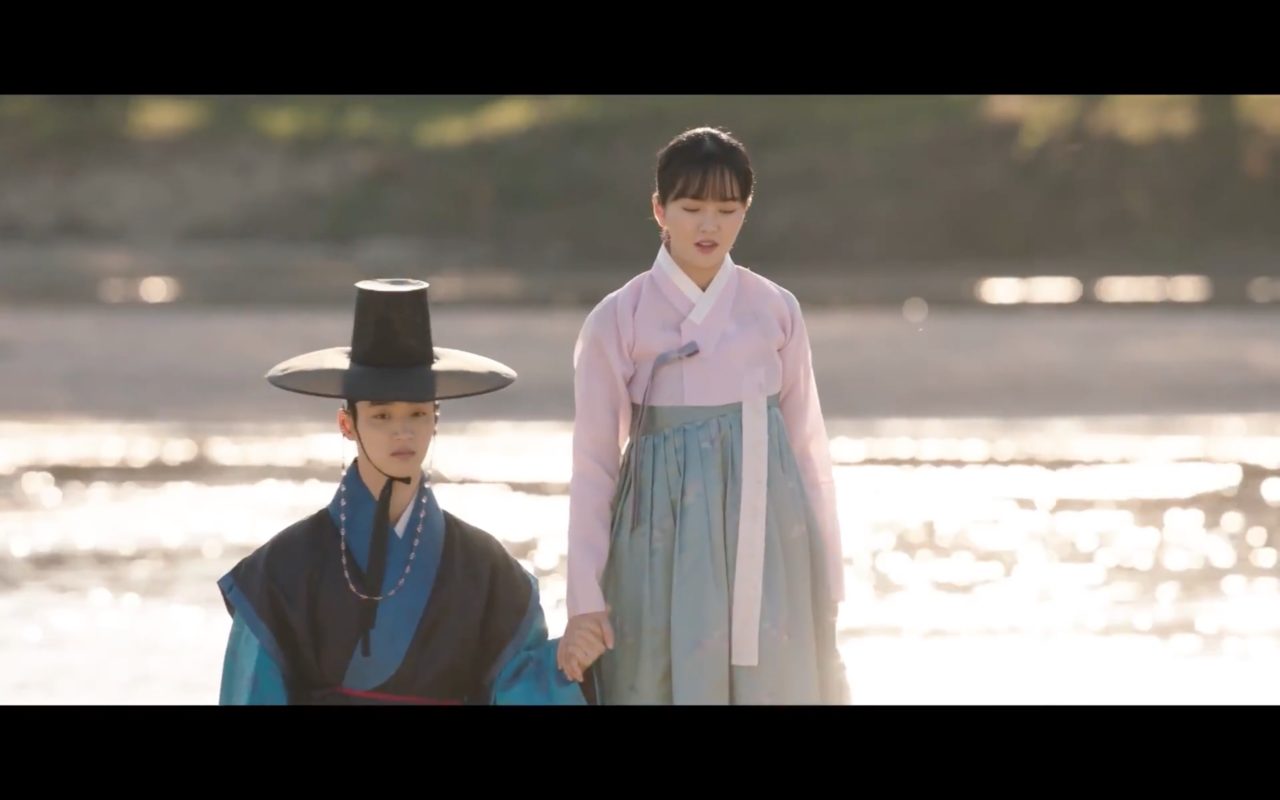 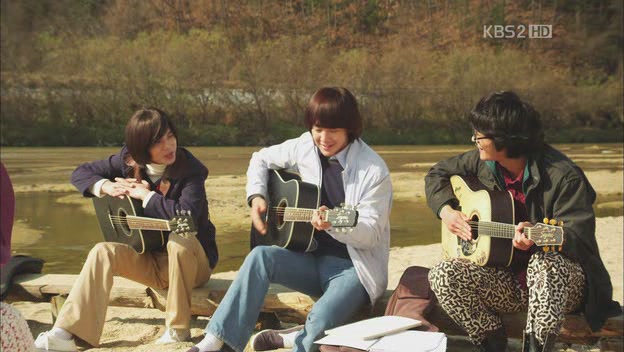 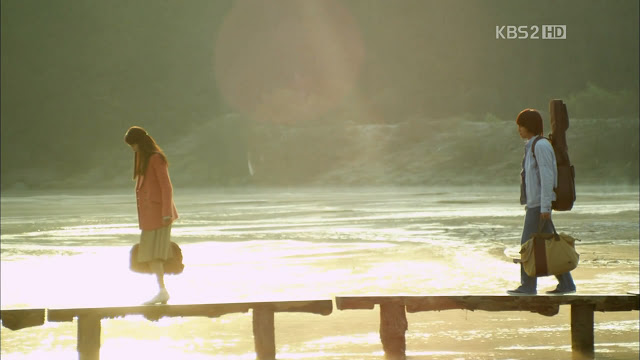 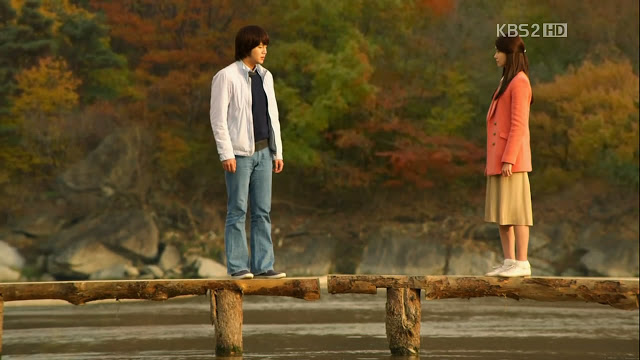 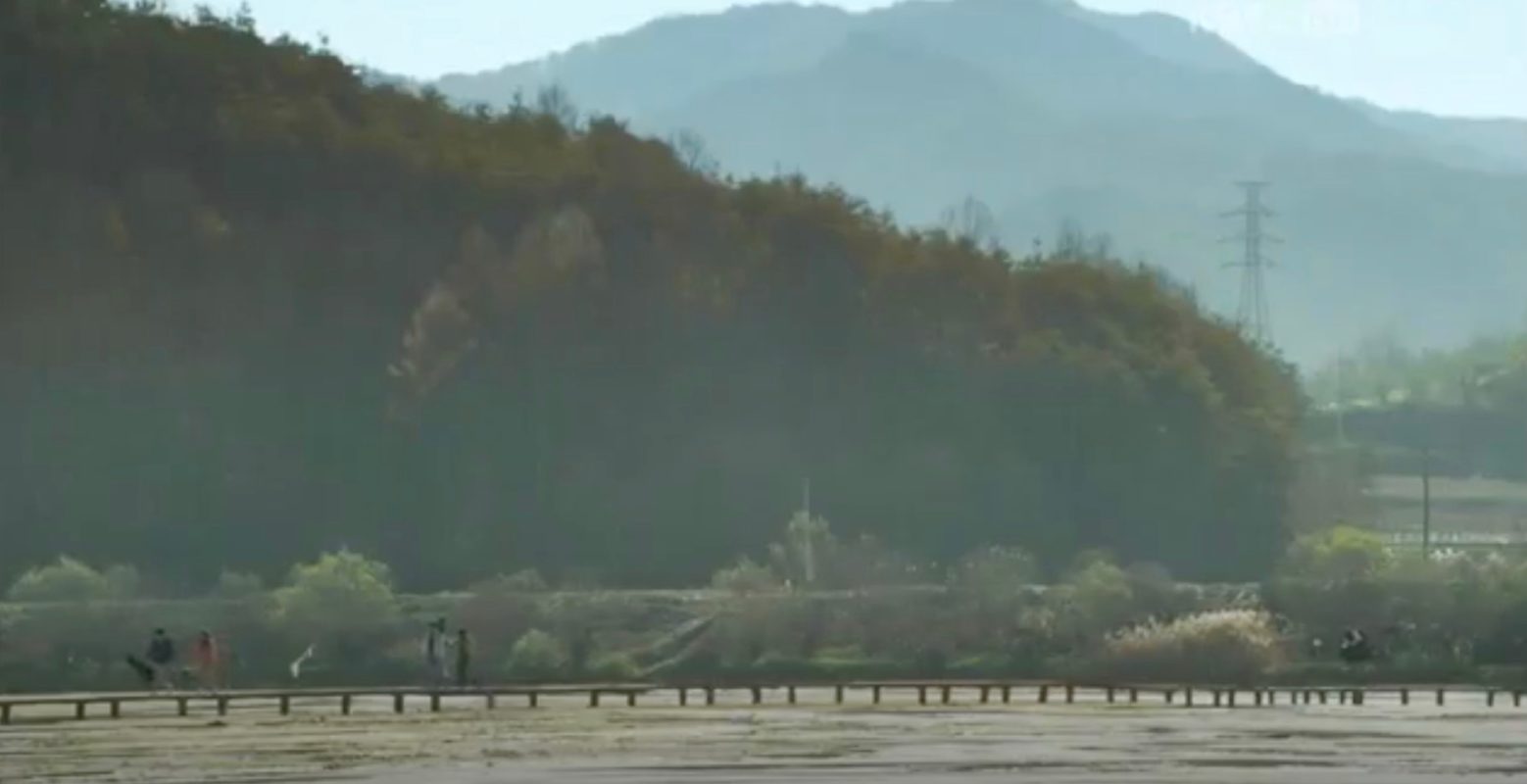 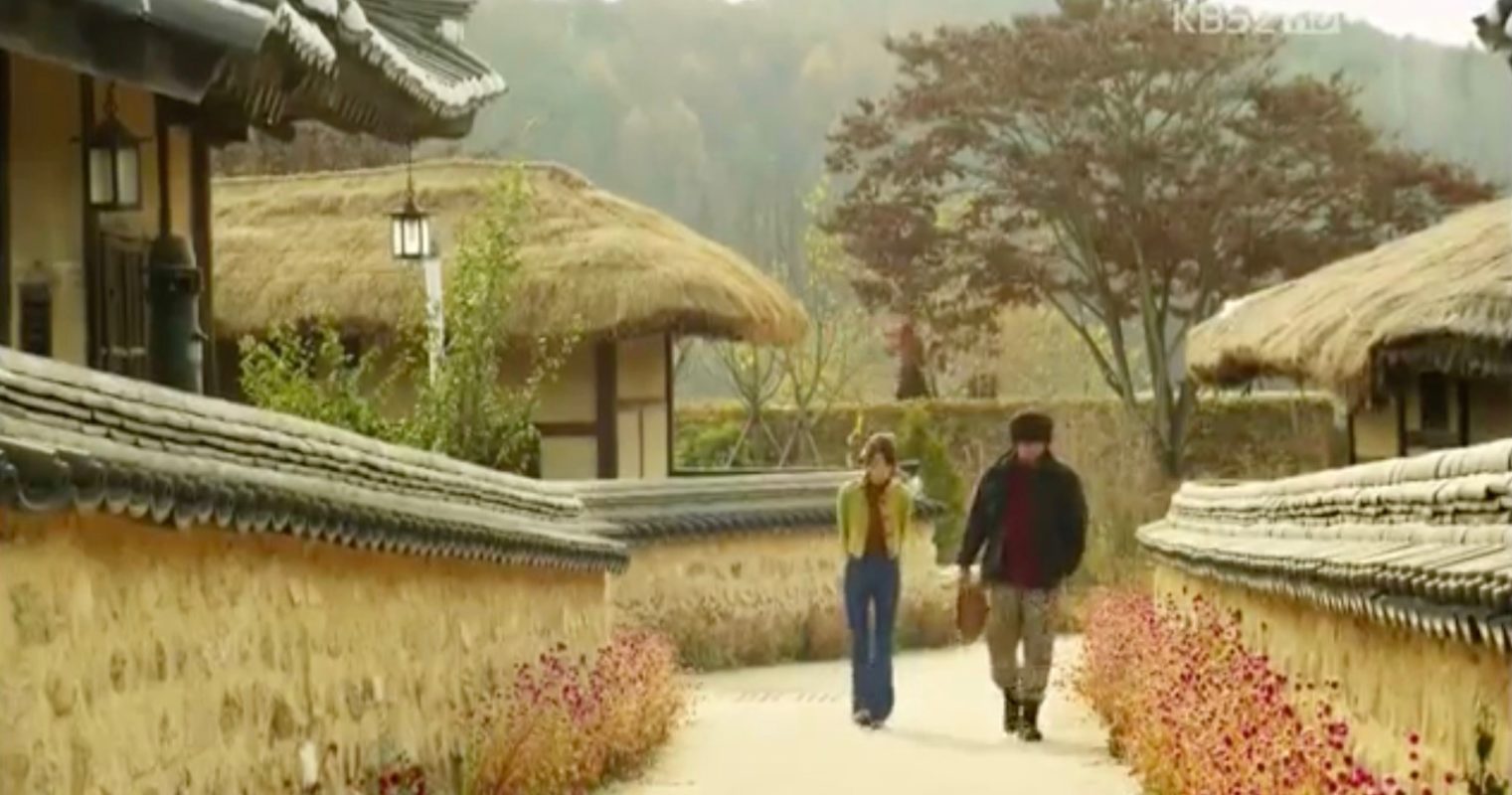 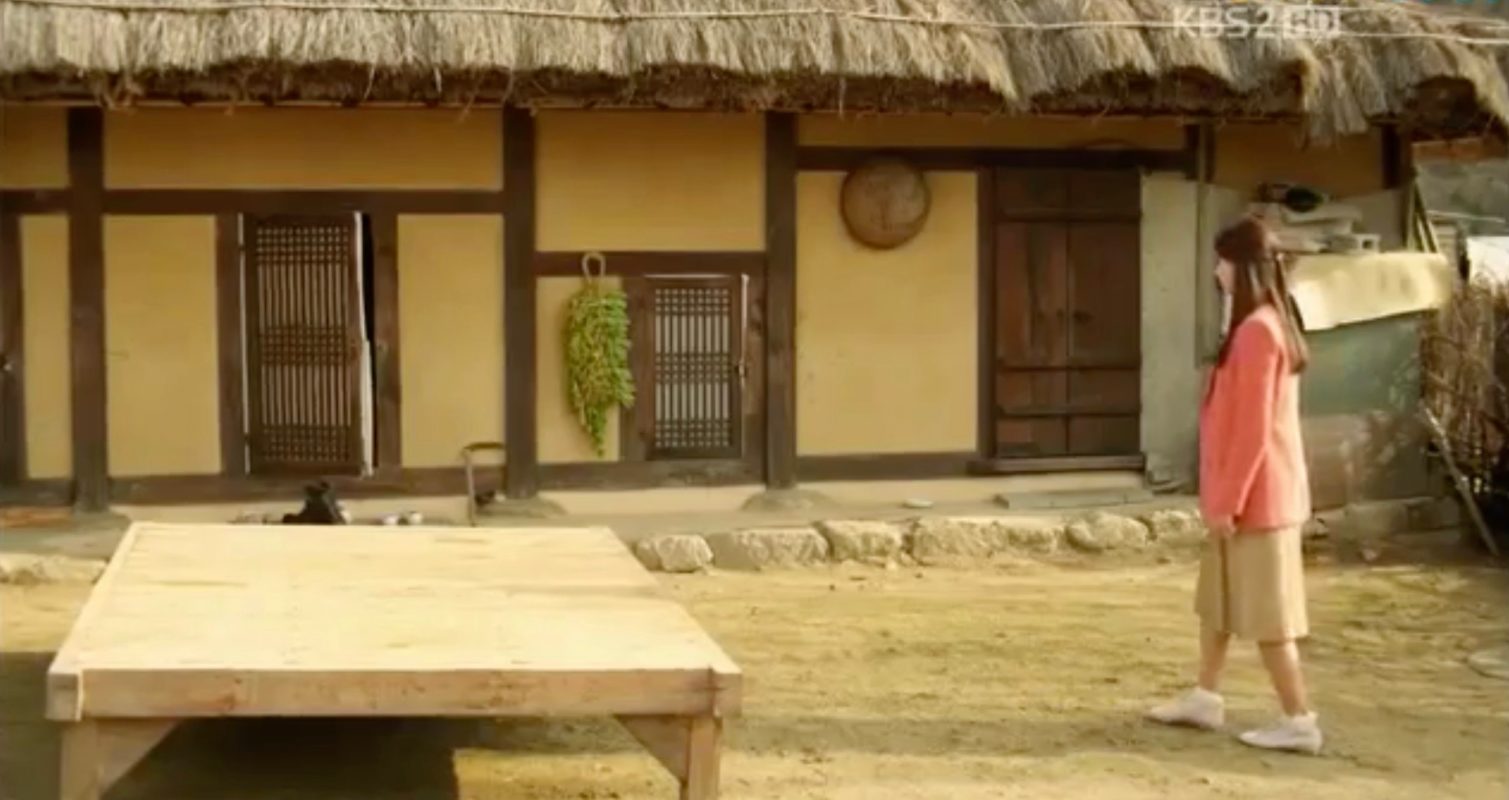 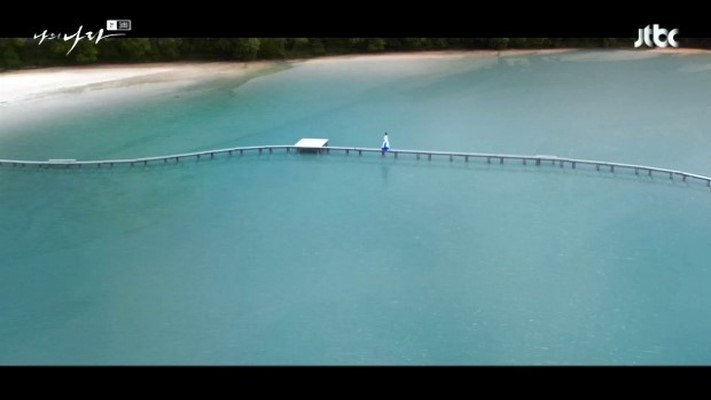 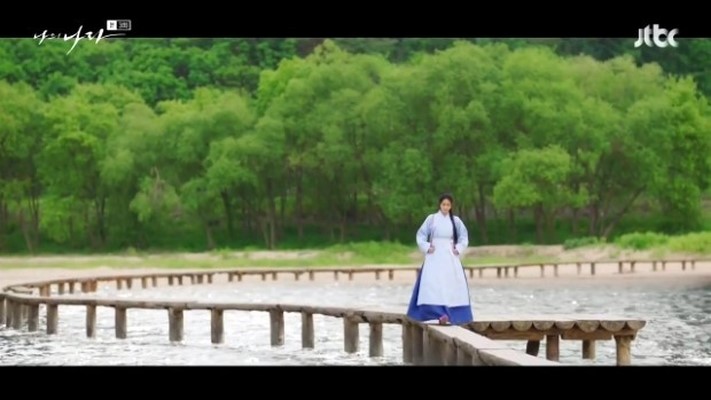 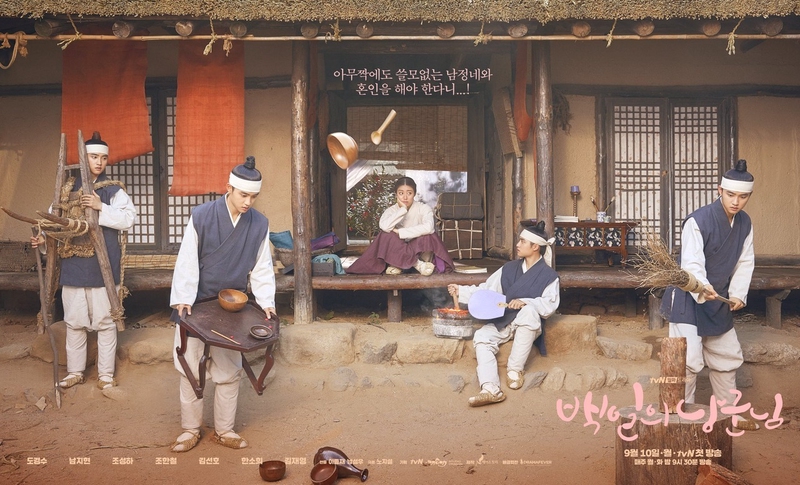 Dong Dong-ju (Kim So-hyun) suggests to Jeon Nok-du (Jang Dong-yoon) about going to the sea for a picnic in episode 25 (full episode 13) of The Tale of Nokdu (조선로코 녹두전) (KBS2, 2019). She ends up bringing him to this river bed because the sea was eventually too far away. It is also here that he tells her why he came to the village of widows and that he now found out about his origins.

Han Hui-jae (Seol Hyun) crosses the wooden lodge bridge of this village in episode 3 of My Country: The New Age (나의 나라) (JTBC, 2019).

The six college student friends Jung Ha-na (Im Yoon-a), Seo Joon (Jang Geun-suk), Lee Sun-ho (Kim Si-hoo), Hwang In-sook (Hwang Bo-ra), Kim Chang-mo (Seo In-guk) and Baek Hye-jung (Son Eun-seo) come here for an overnight trip in episodes 2-3 of Love Rain (사랑비) (KBS2, 2012). Lee Sun-ho had just started going out with Jung Ha-na and when Seo Joon plays his self-composed song ‘Love Rain’ to everyone in the evening, he is pressured to let everyone know who he had composed it for. He answers that he has enlisted to the army. A little later he approaches Ha-na who is walking on the bridge, confesses his feelings and apologizes for doing it too late.

Yeongju Museom Village [영주 무섬마을] is a hanok village located around a ‘horseshoe’ that converges Naeseongcheon Stream and Yeongjucheon Stream in Yeongju’s village of Sudo [Sudo-ri/수도리] in the Munsu Township [Munsu-myeon/문수면]. It is bordered by a sandy beach on one side and a forest on the other. With its oldest houses dating back to 1666, this village was a refuge for virtuous scholars of the Seonbi (선비), Goryeo and Joseon times, who had passed up their social position to pursue a life of education and modesty. Hence, notable Korean scholars such as poet Kim Hwi-geol (김휘걸, penname: 만운/Manun), scholar-bureaucrat Bak Gyusu (박규수/朴珪壽, 1807–1877), painter Kim Gyu-jin (해강 김규진/海岡 金奎鎭, 1868-1933) and, later, poet Cho Chi-hun (Jo Ji-hun/조지훈/趙芝薰, 1920-1968) –who wrote the poem “Farewell” (“Byeolli”, 별리/ 別離) to praise the beauty of Museom Village– lived or stayed for periods in this village.

Apart from the houses, another attraction of this village is its single-lane lodge bridge [무섬 외나무다리], measuring 30cm of width and 150m in length. It was the village’s only connection to the outside world until Sudo Bridge was constructed in 1979. Apparently, the wooden bridge had to be rebuilt each year after being destroyed during the rainy season. To celebrate the bridge’s history, the Oenamu Dari Festival (“Single Log Bridge Festival”) is held each October. The path over the bridge counts also as one of the 100 most beautiful roads in South Korea (‘한국의 아름다운 길 100선’).

This village itself was designated ‘Important Folklore Cultural Heritage No. 278’ on August 23, 2013.