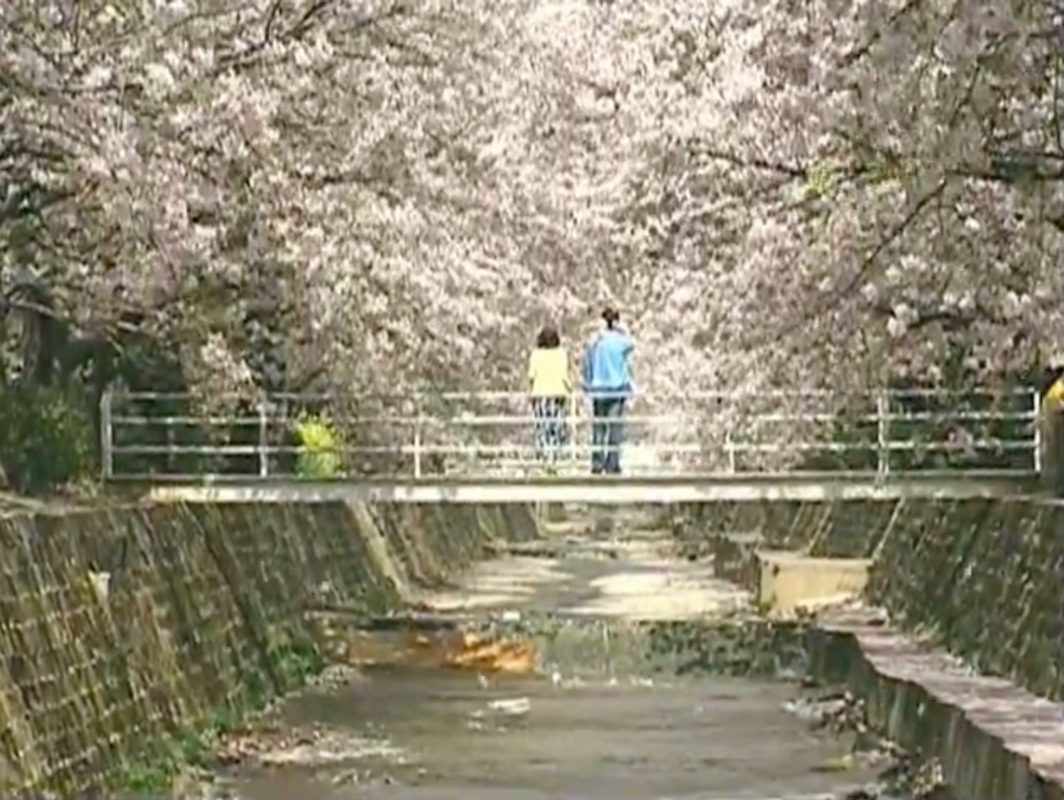 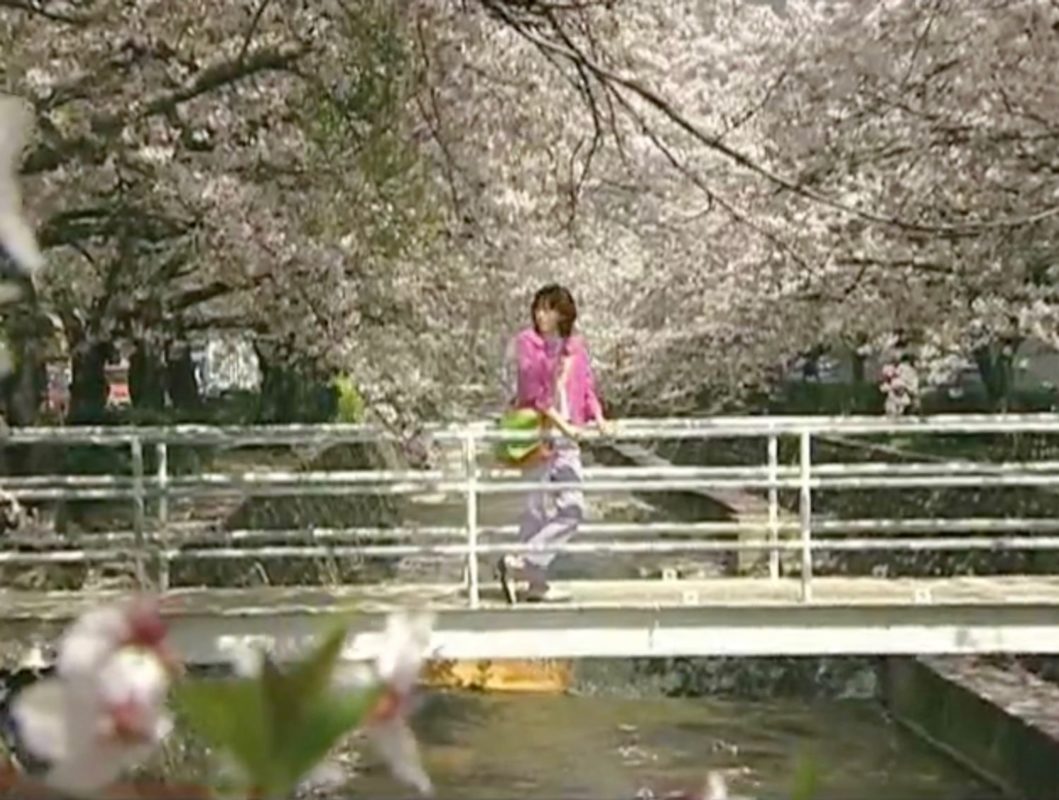 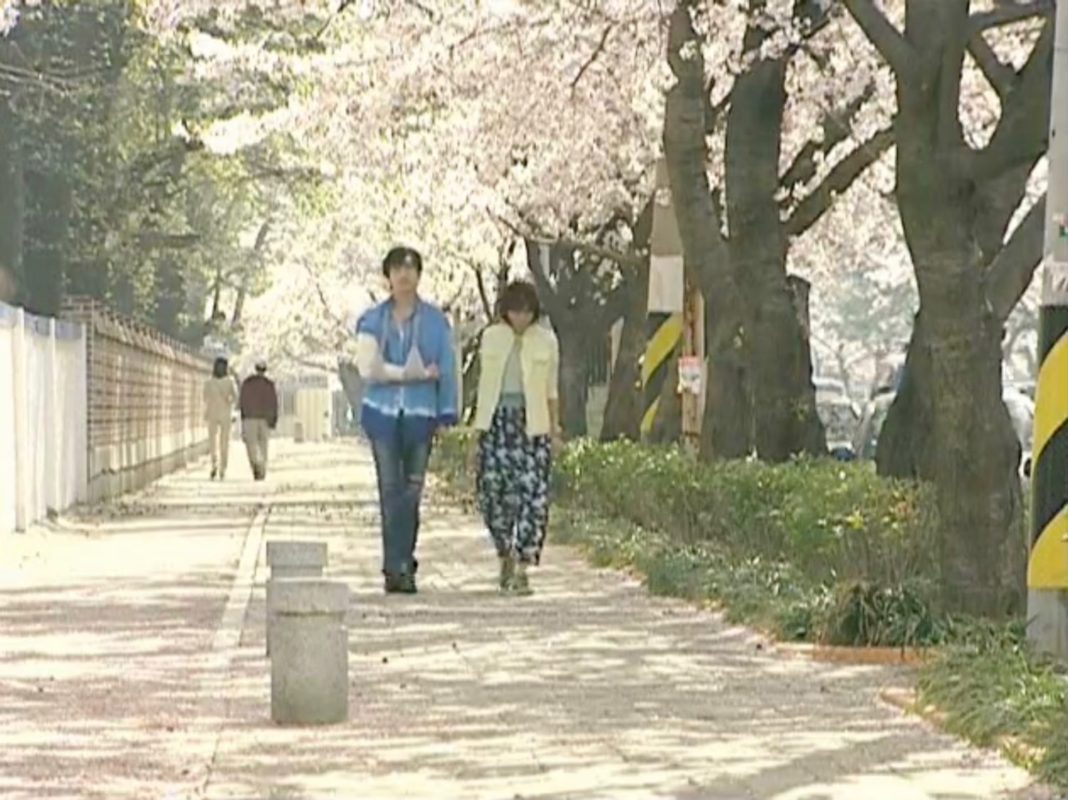 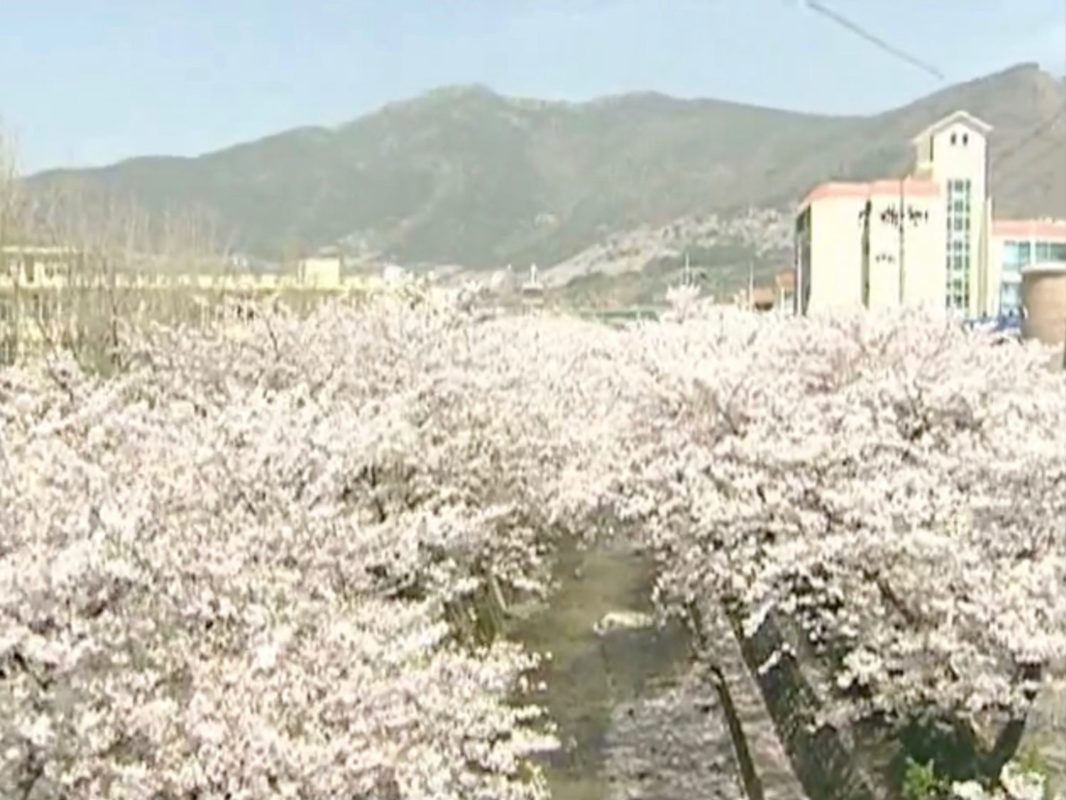 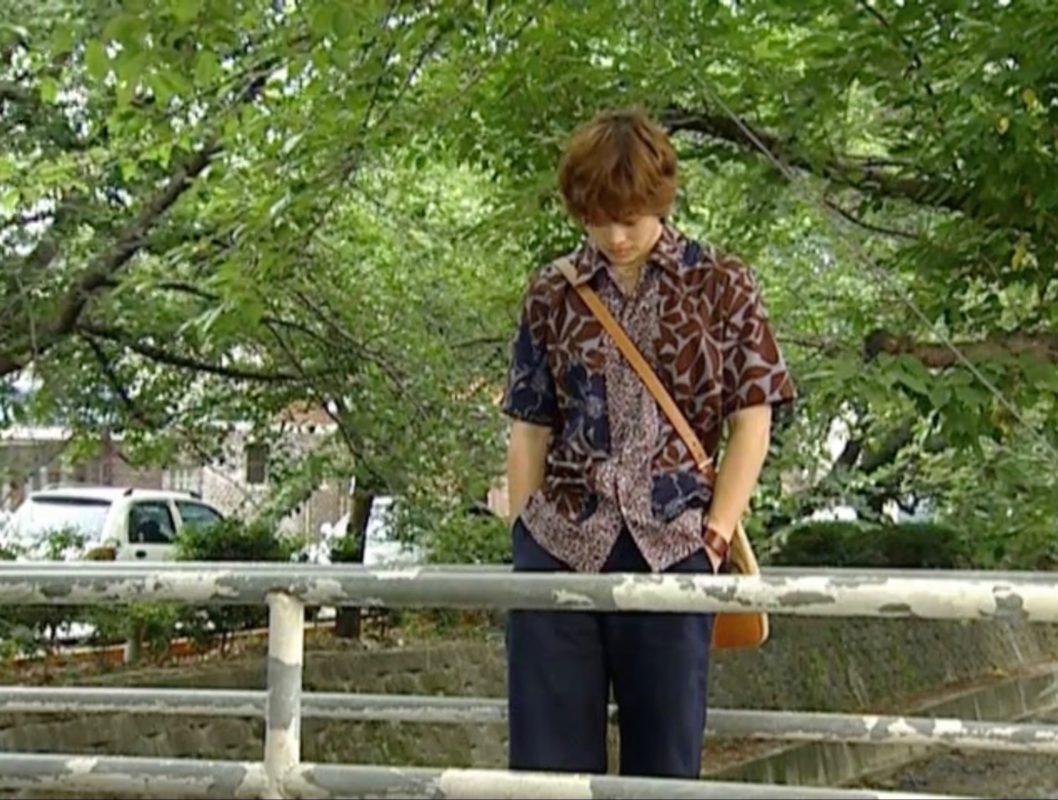 Kim Chae-won (Kim Ha-neul) and Choi Kwan-woo (Kim Jae-won) take a stroll at this stream during the cherry blossom season in episode 2 of Romance (Romangseu/로망스) (MBC, 2002) and pauses at its Yeojwacheon Romance Bridge [여좌천로망스다리]. When Kwan-woo has to leave in a hurry after receiving a call from his brother, they promise to meet up at this bridge again at 12:30. Chae-won comes here on time, but Kwan-woo doesn’t show up. He comes back to this spot as promised three years later in episode 12; but Chae-won does not come.

Yeojwacheon Stream/Yeojwa Stream [여좌천] is a stream located in Jinhae’s neighborhood Yeojwa [Yeojwa-dong/여좌동], best known as a spot for cherry blossom viewing during the Jinhae Gunhangje Festival [진해군항제]. The 1.5km long cherry blossom path along the stream counts as one of the 100 most beautiful roads in South Korea (‘한국의 아름다운 길 100선’) and takes 17th place in CNN’s 2019 list of 50 beautiful places to visit in South Korea. According to Naoko Abe’s book ‘Cherry’ Ingram: The Englishman Who Saved Japan’s Blossoms (cf. appendix, p. 316), this road is even one of the most popular places all over the world for cherry blossom viewing. The path gained popularity through the drama Romance and one of the stream’s bridges central to the drama –the Yeojwacheon Romance Bridge [여좌천로망스다리]– still carries the drama’s name.