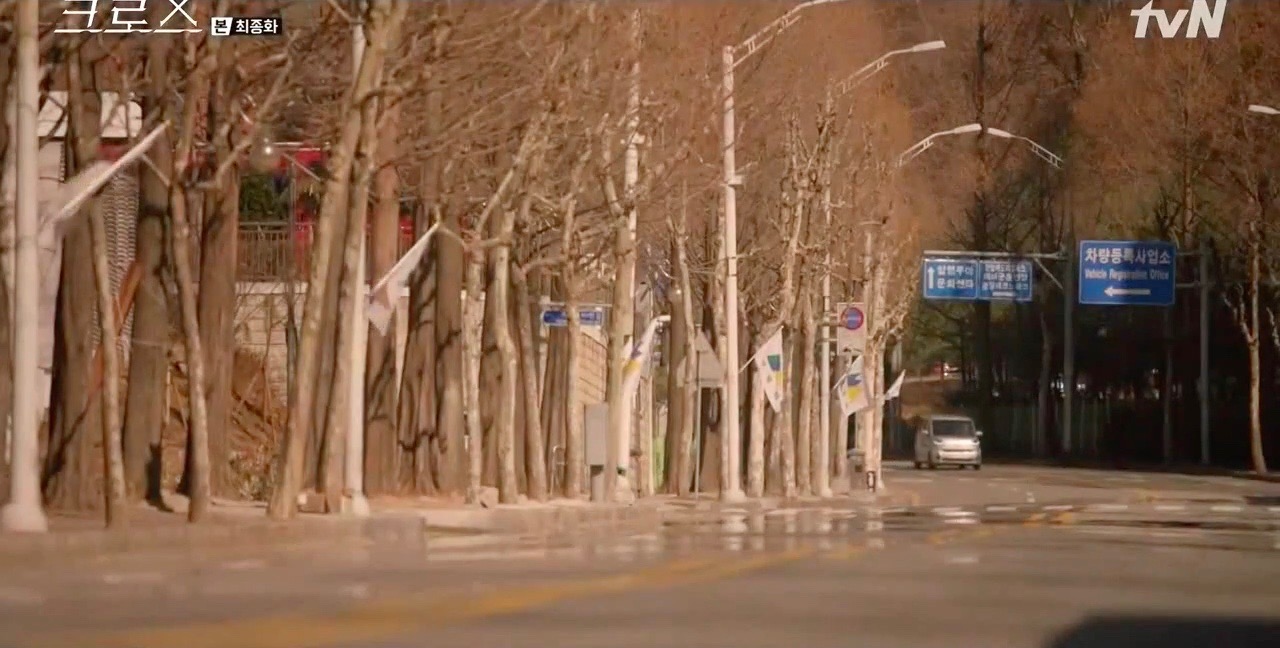 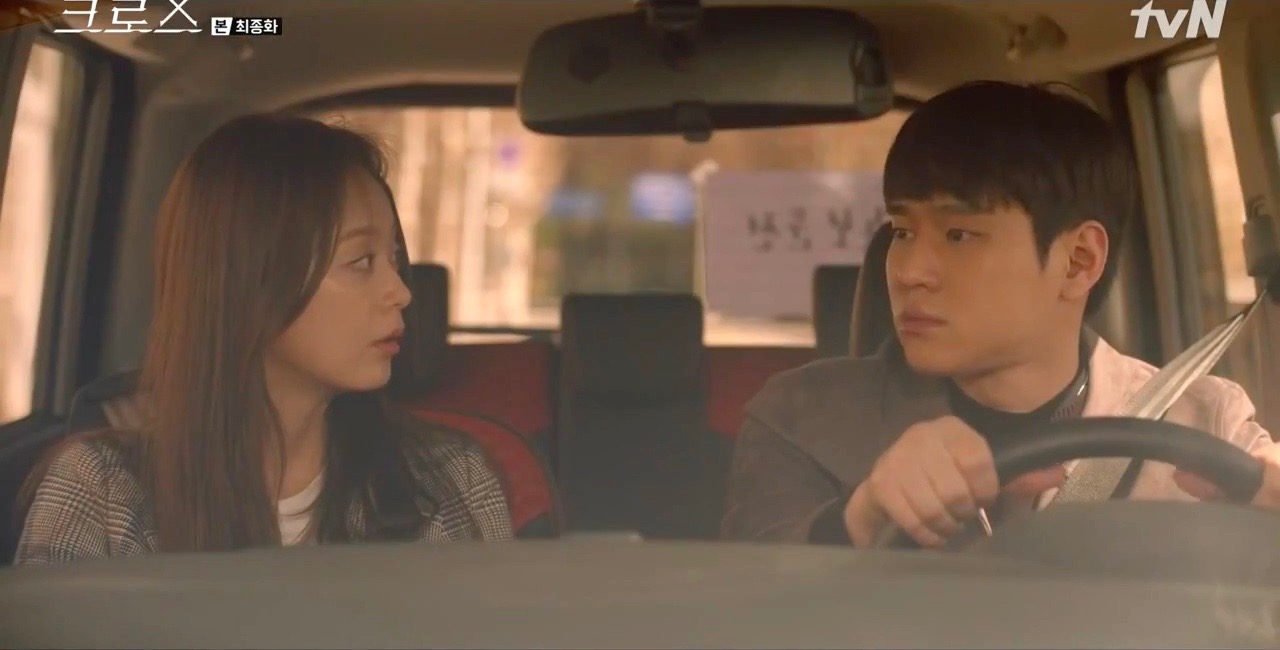 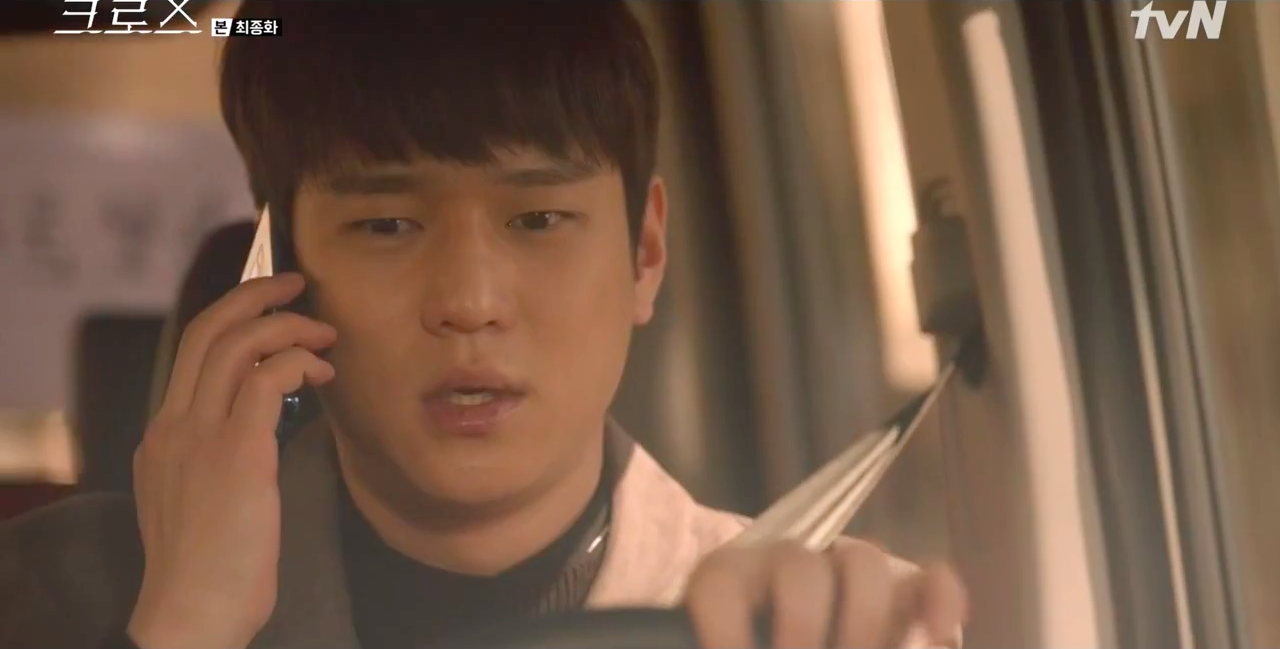 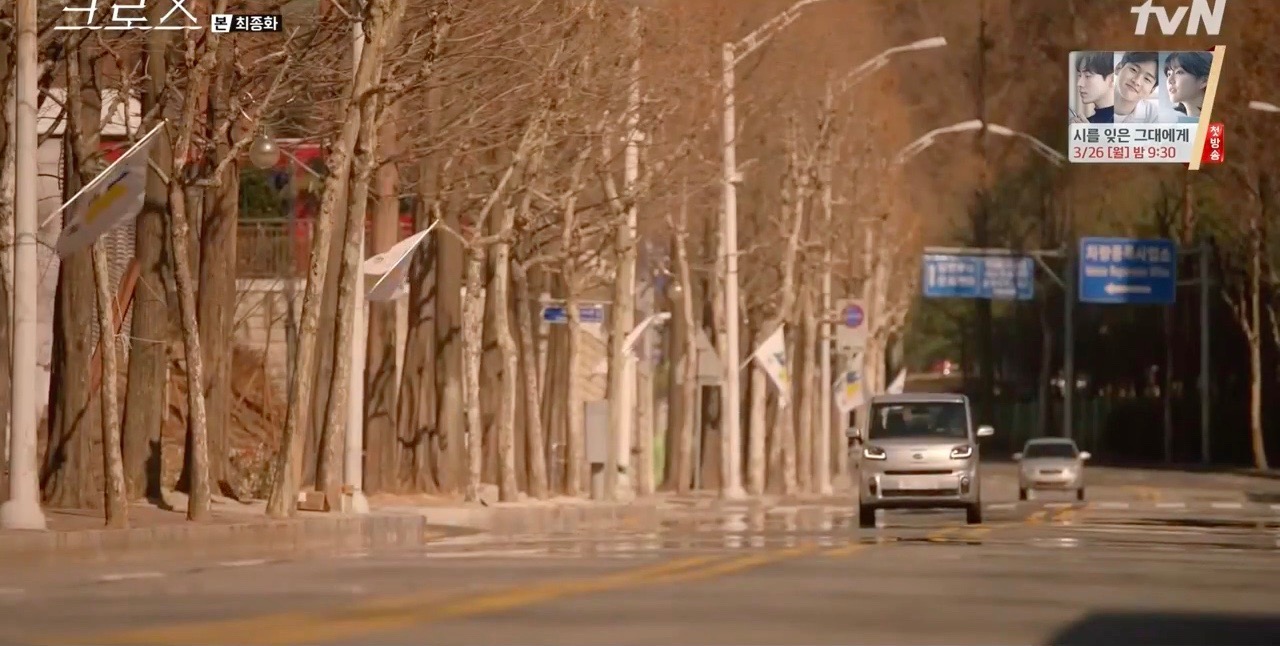 ‘Inexperienced driver’ Kang In-kyu (Go Kyung-pyo) and Go Ji-in (Jeon So-min) drive along this road in final episode 16 of Cross (크로스) (tvN, 2018), after he receives his driving license. She berates him for stepping on the brakes too hard, and he counters by asking her if she was really that great a driver from the start. Their banter is interrupted by a phone call from Lee Joo-hyuk (Kim Yi-han), who informs In-kyu that Kim Hyung-bum (Heo Sung-tae) is in the hospital in critical condition.

The road that the Cross scene was filmed on borders Tapgol Park (탑골공원 – no relation to the one in Seoul) and Mokryeon Village (목련마을), and leads to the Seongnam Vehicle Registration Office (성남시차량등록사업소). Unlike what was shown in the scene, there is no traffic light on that particular part of the street.