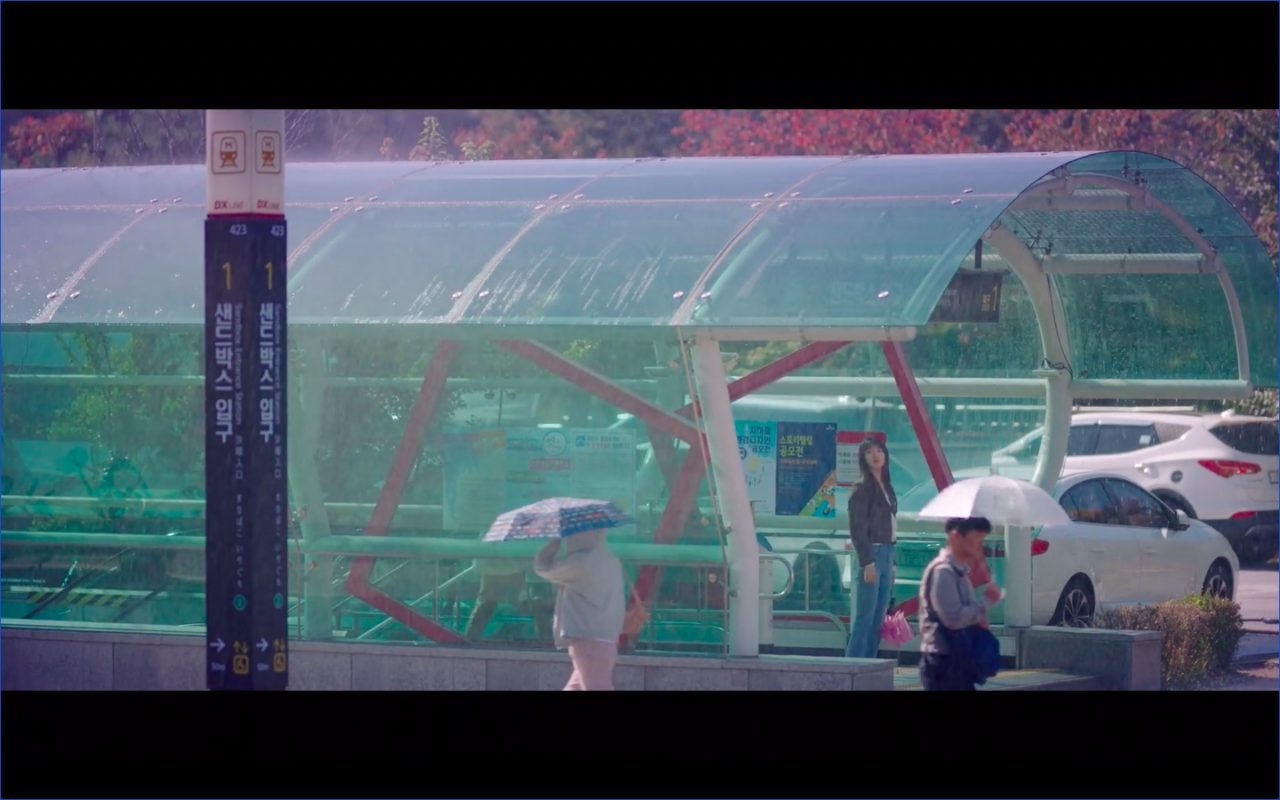 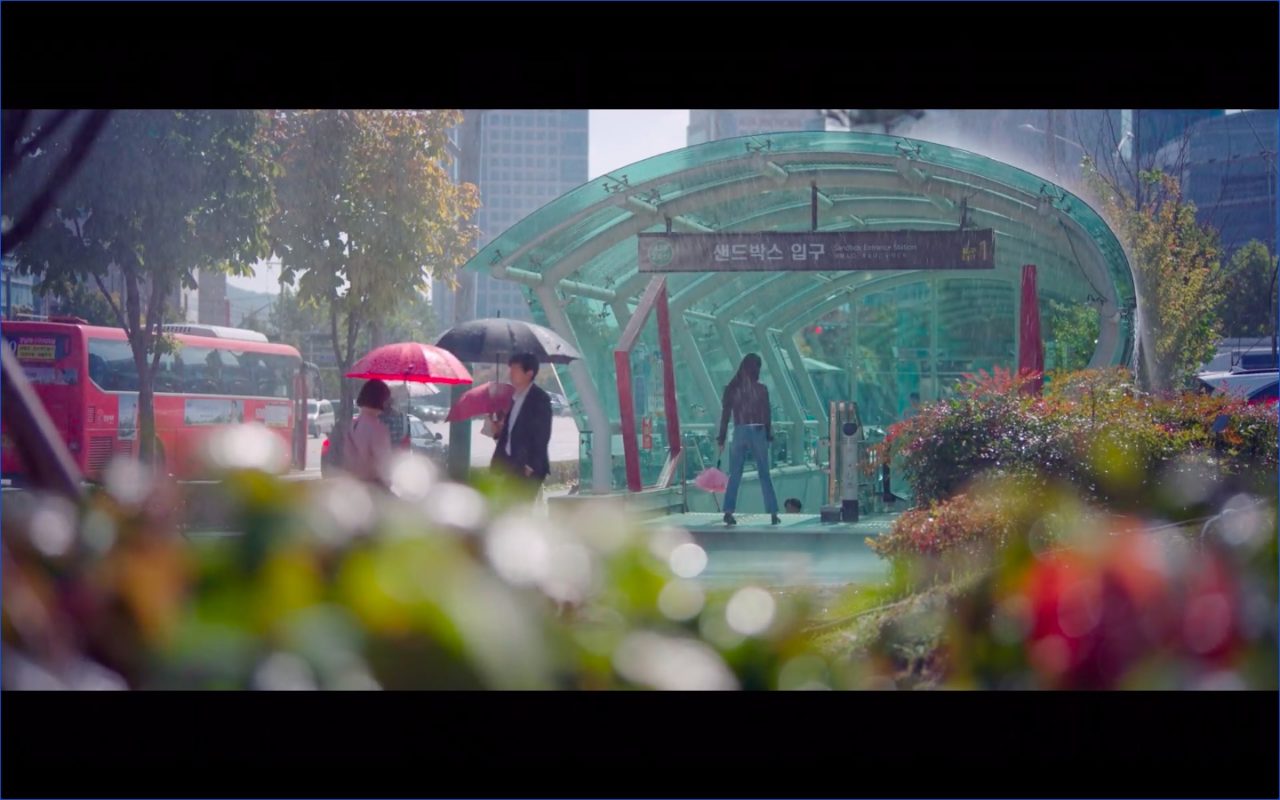 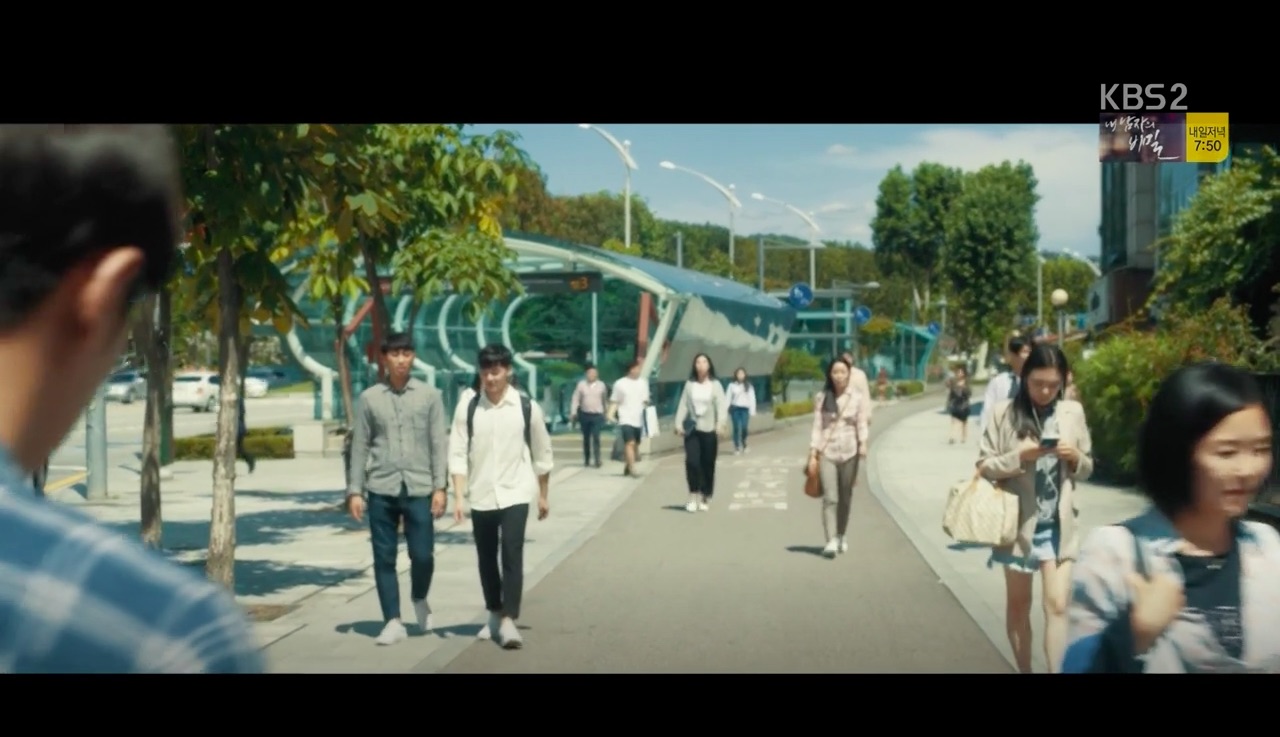 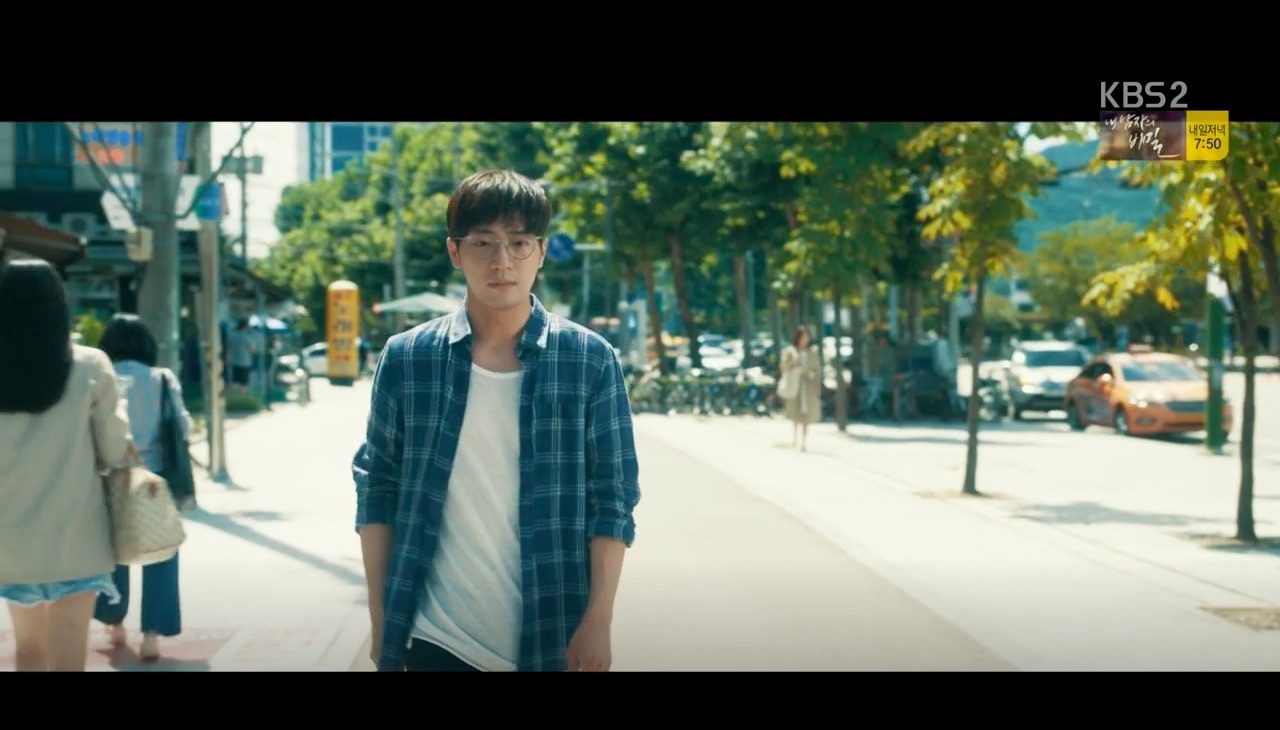 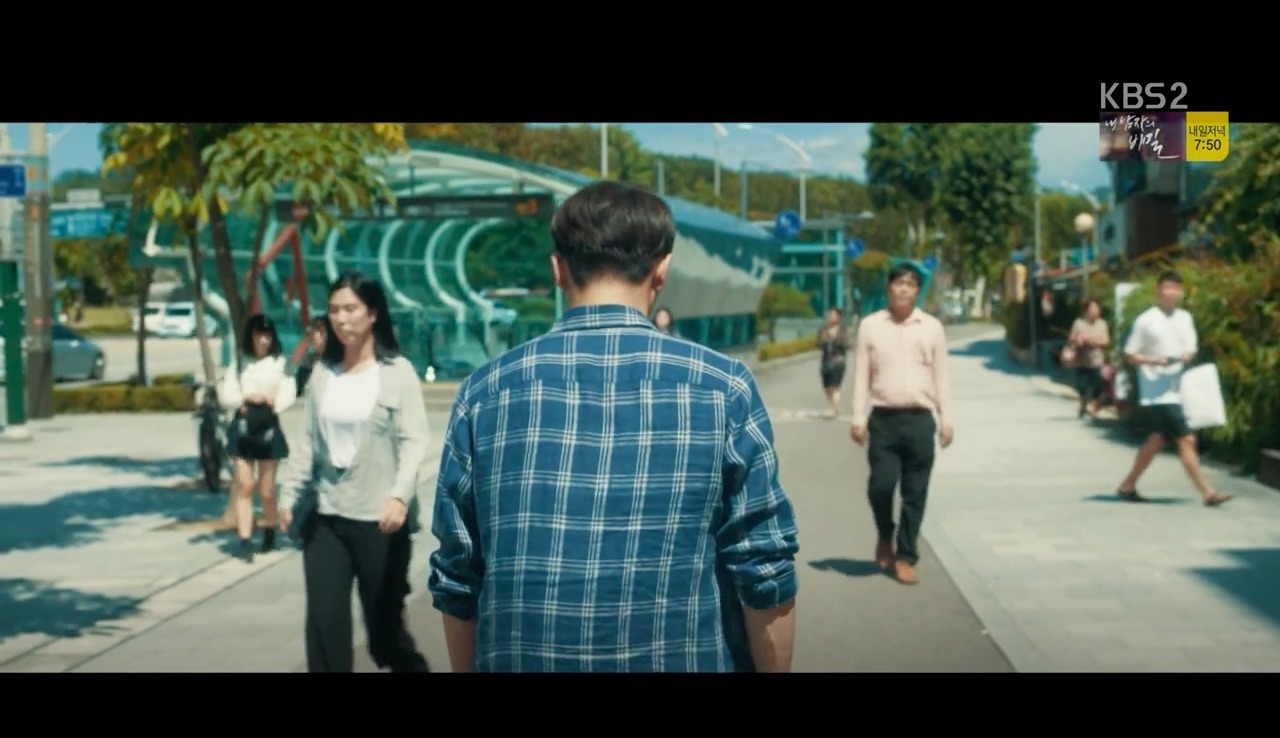 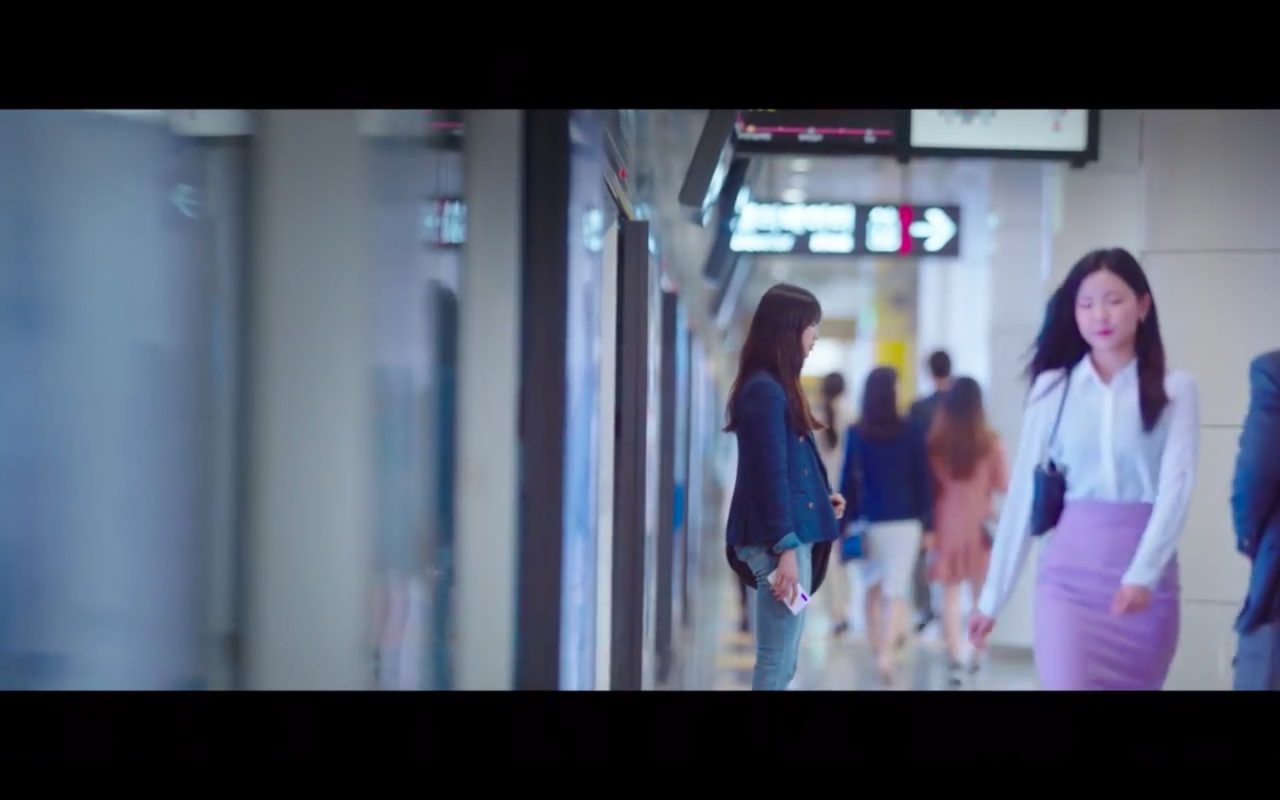 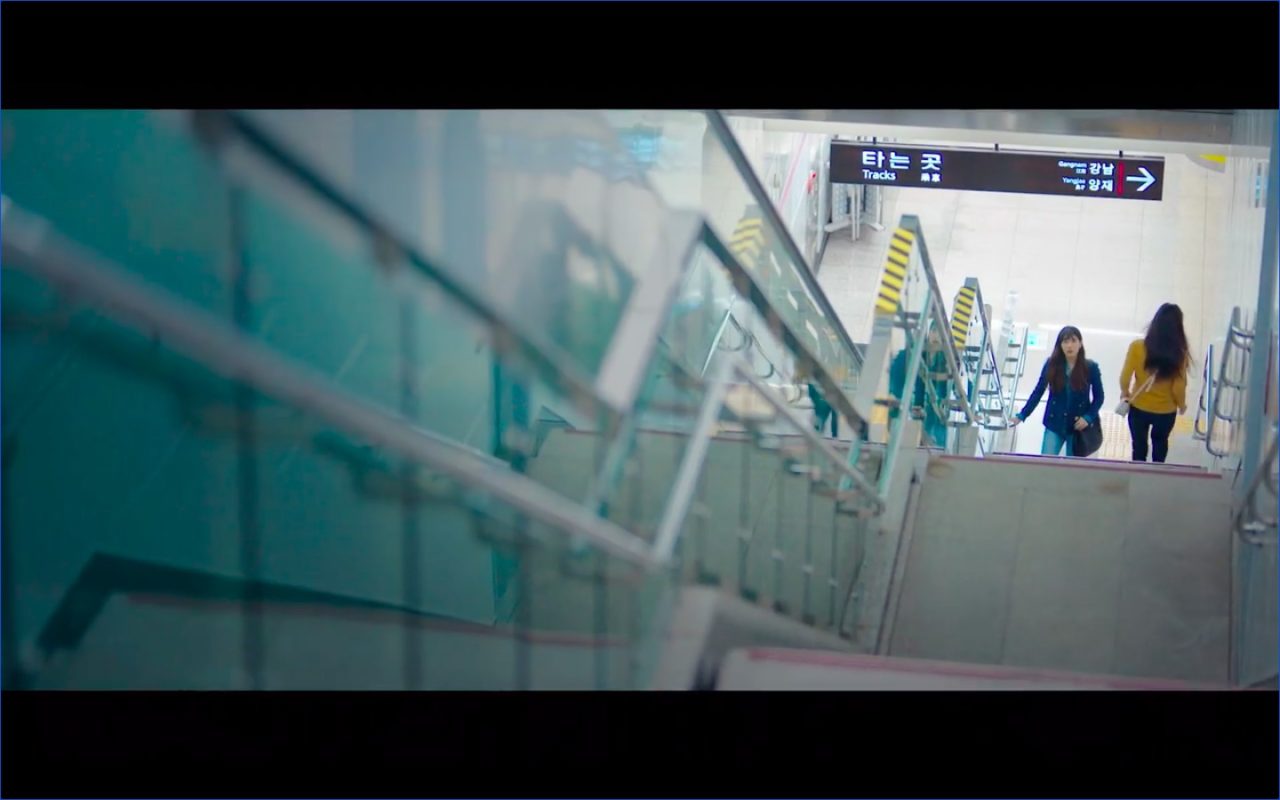 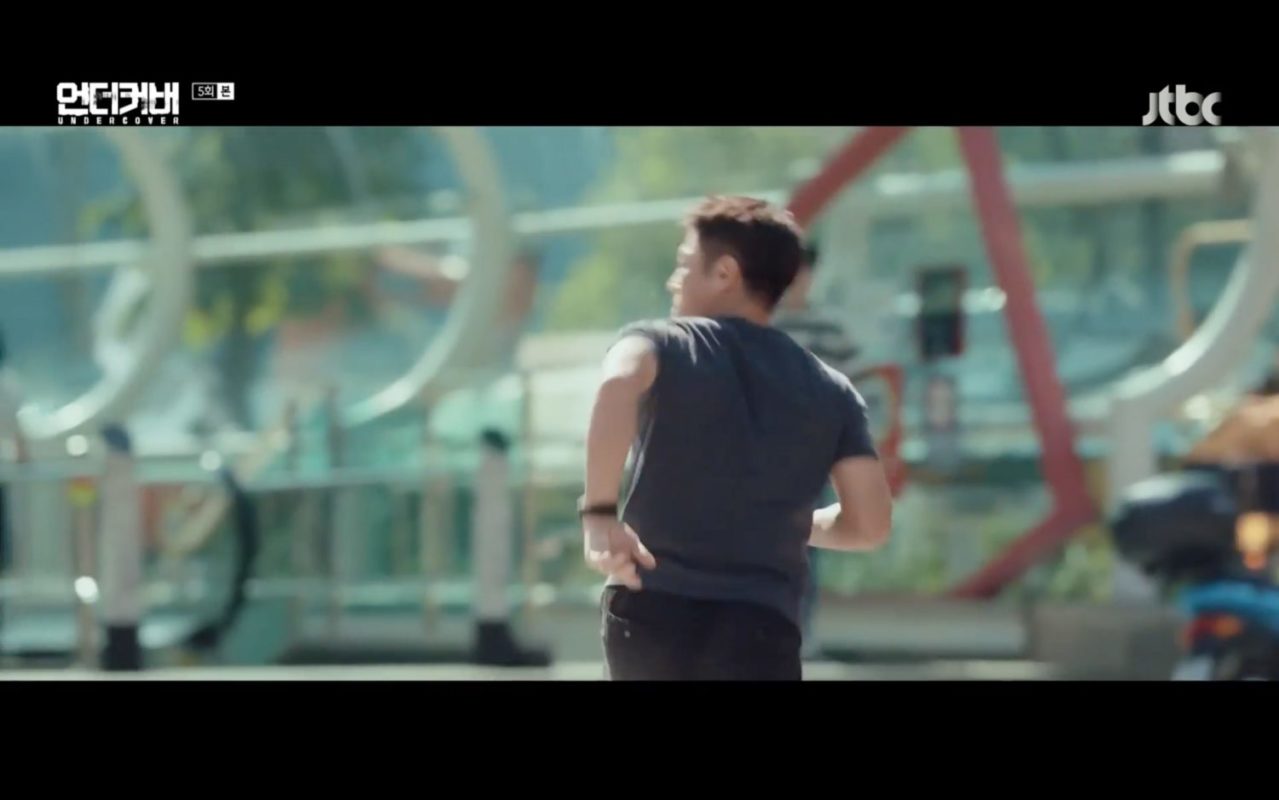 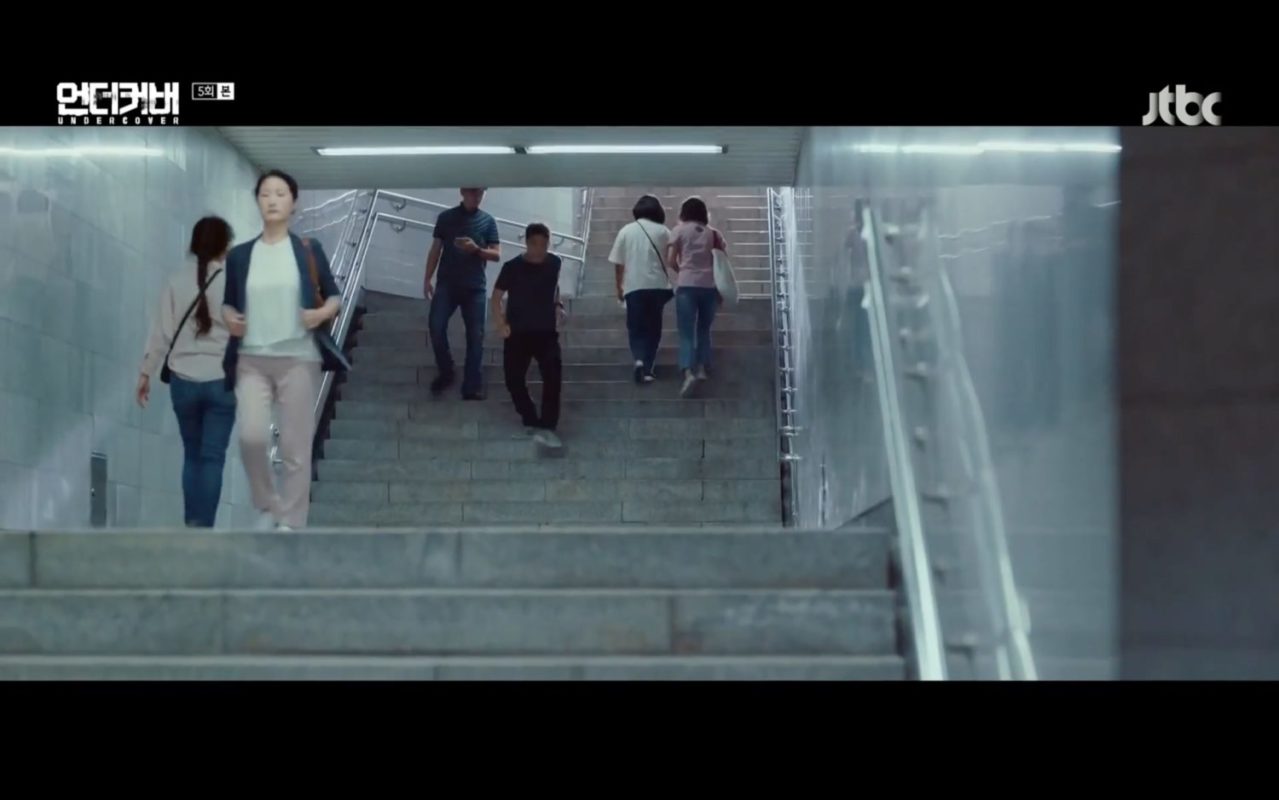 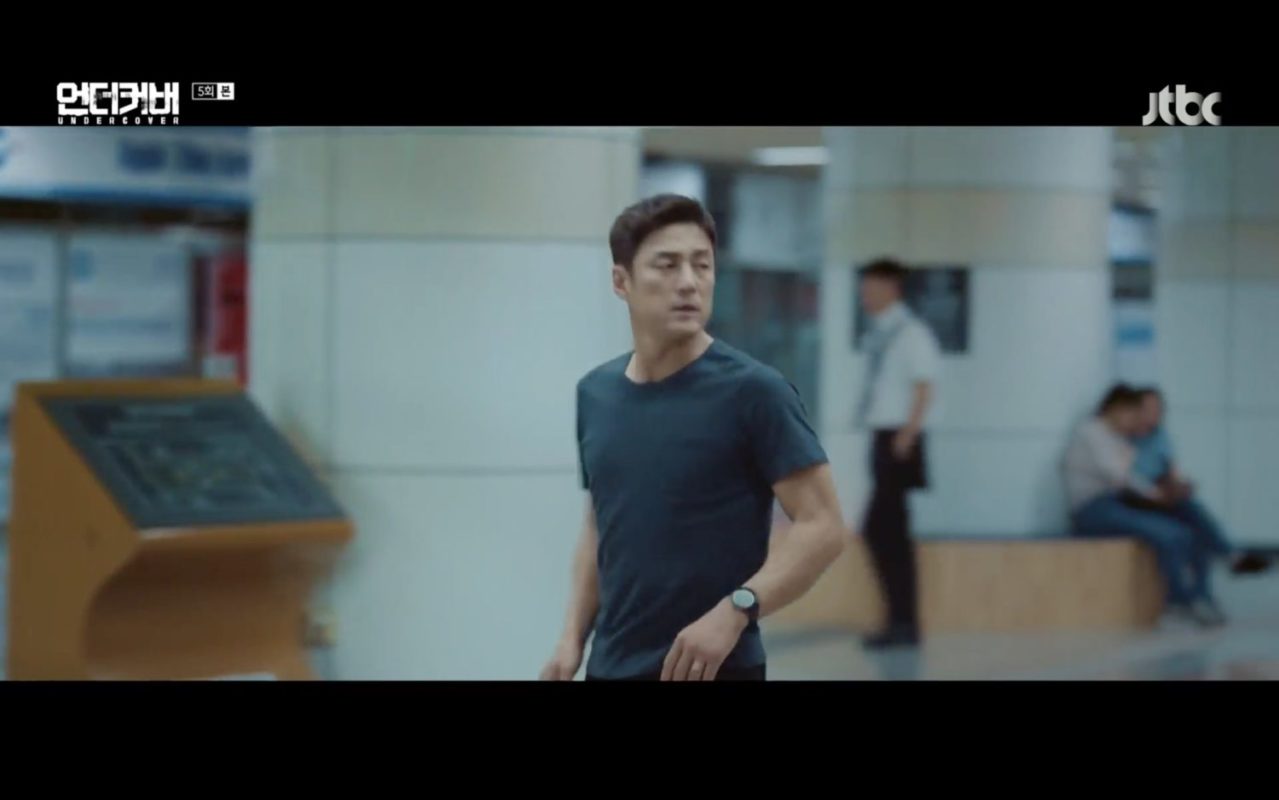 Han Jung-hyun/Lee Suk-kyu (Ji Jin-hee) drives into the small road near A Twosome Place — Yangjae Citizen Forest Station [투썸플레이스 양재매헌역점] close to Exit 2 of this station in episode 5 of Undercover (Eondeokeobeo/언더커버) (JTBC, 2021), and that’s where he sees Choi Yeon-soo (Kim Hyun-joo) character walking and he follows her into this subway station.

Seo Dal-mi (Bae Suzy) alights at this station in episode 2 of Start-Up (스타트업) (tvN/Netflix, 2020), and things don’t go her way as the escalator doesn’t work, her heels have given way, and there is a long staircase to climb. In episode 9, she is seen at Exit 1 of this station (seen as ‘Sandbox Entrance Station’) waiting for Nam Do-san (Nam Joo-hyuk) to arrive so that she can help shelter him from the rain.

Choi Woo-jin (Lee Sang-yeob) passes by this subway station in search of his girlfriend Lee Seo-yeon (Kim So-eun) in KBS Drama Special: You’re Closer Than I Think (당신은 생각보다 가까이에 있다) (KBS2, 2017), and has a sense that he’s being followed.

Yangjae Citizen’s Forest Station [양재시민의숲역], opened in 2011, is a subway station on the Sinbundang Line [신분당선]. It carries the number D09 and is located right next to Yangjae Citizens’ Park [양재시민의숲] in Seoul’s neighborhood Yangjae [Yangjae-dong/양재동] in the Seocho district [Seocho-gu/서초구]. The scene in You’re Closer Than I Think was filmed outside Exit 3.