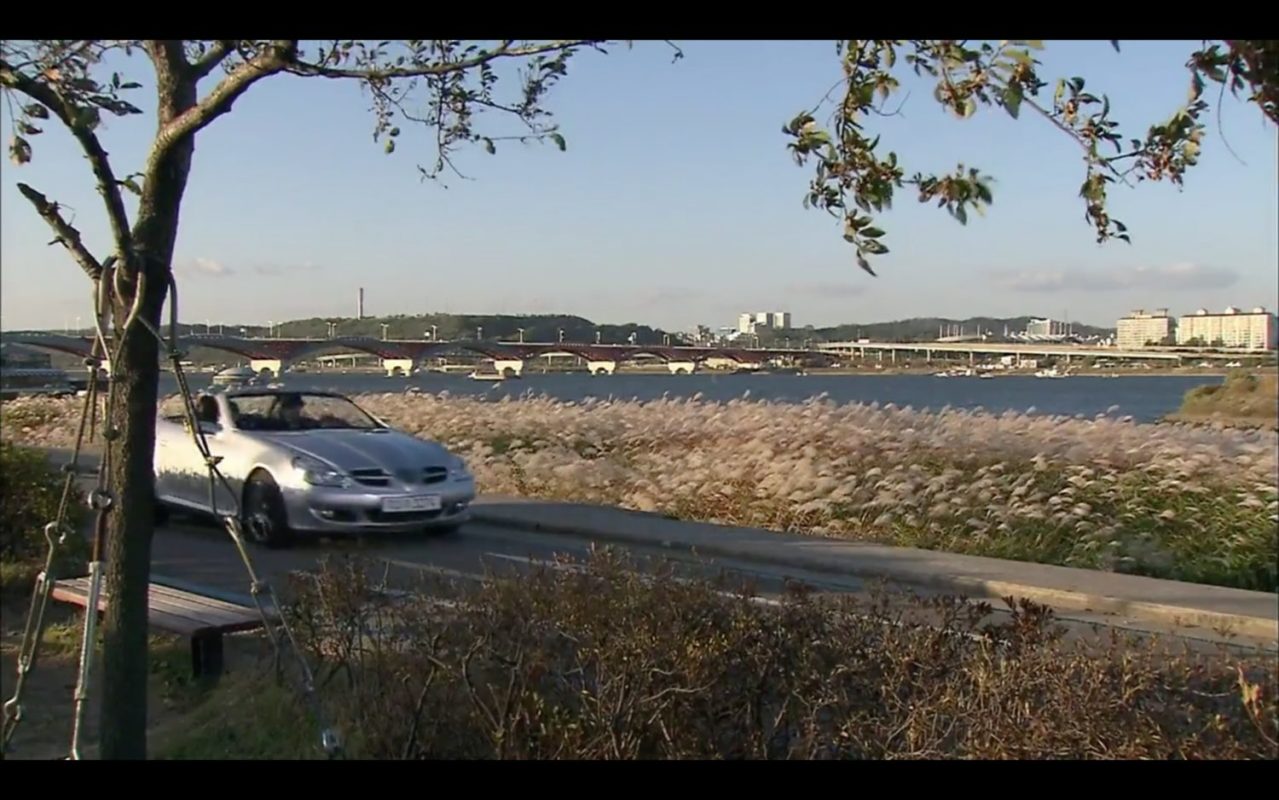 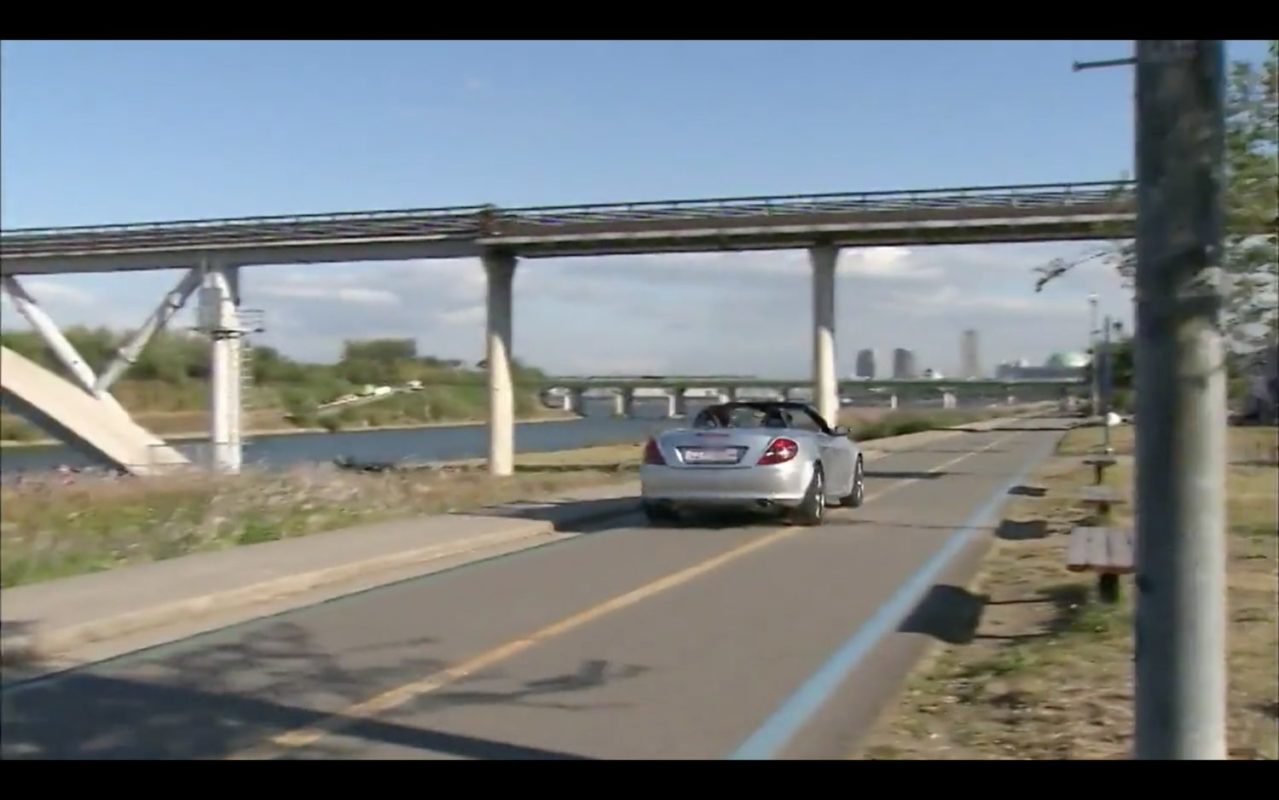 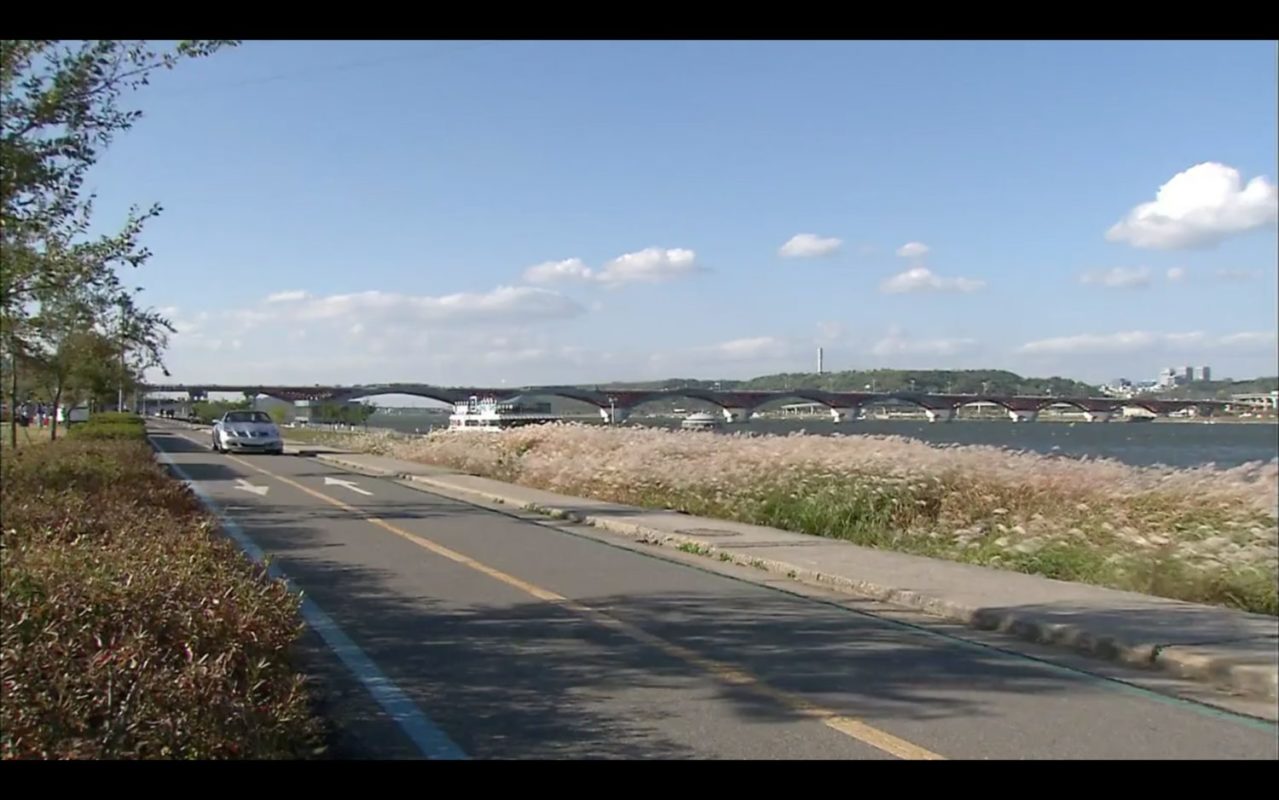 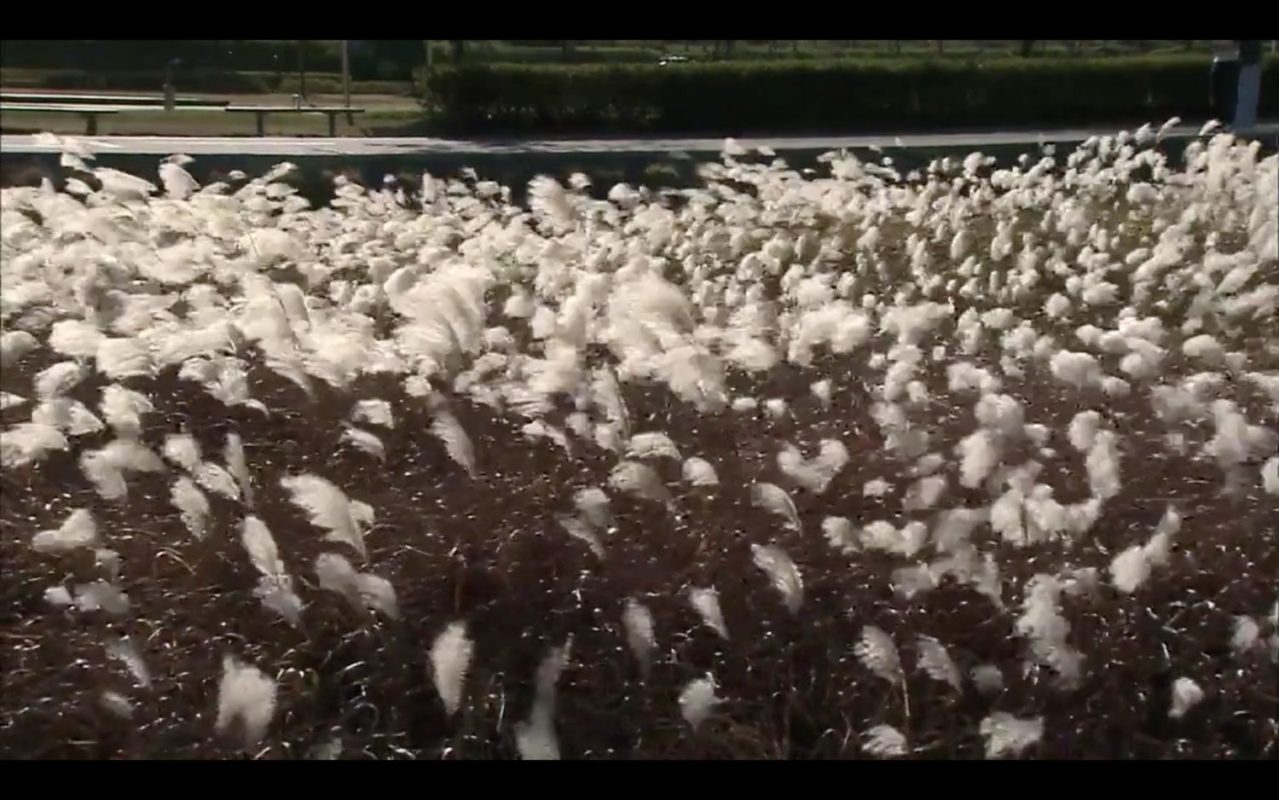 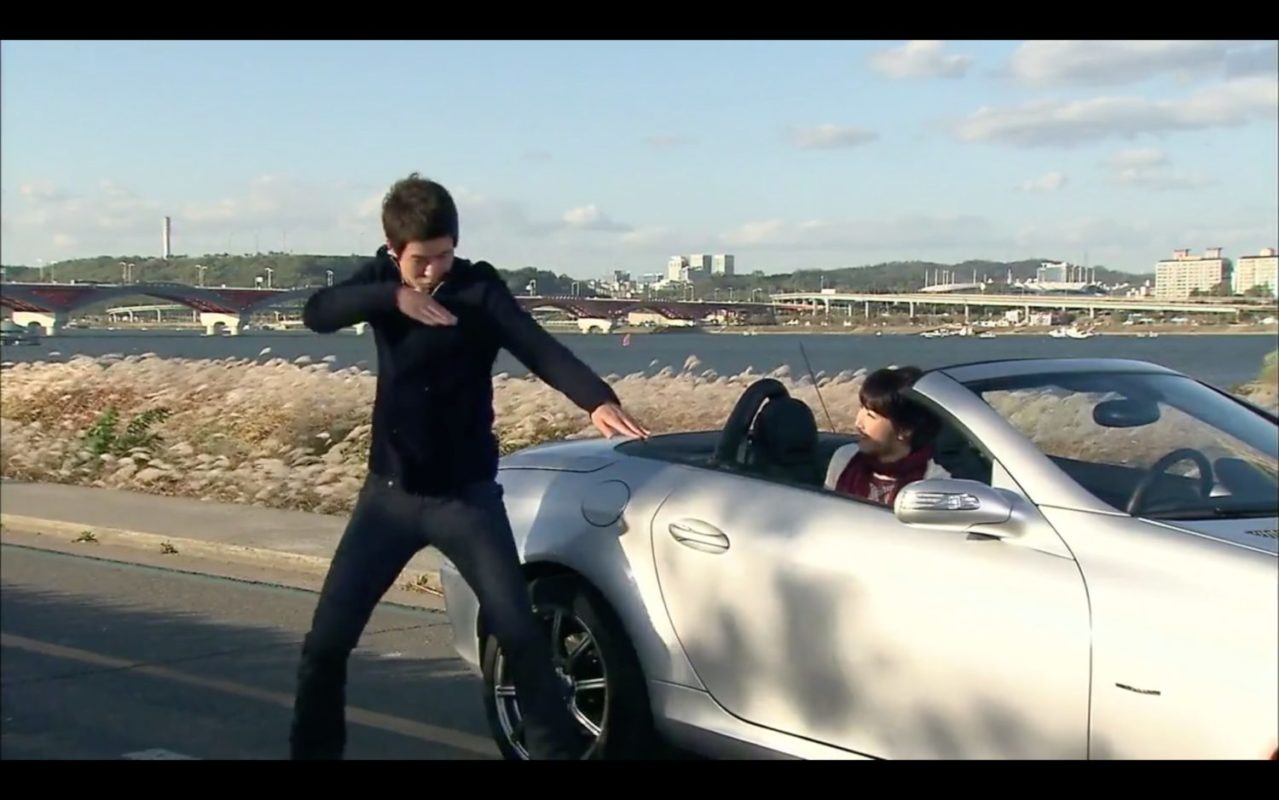 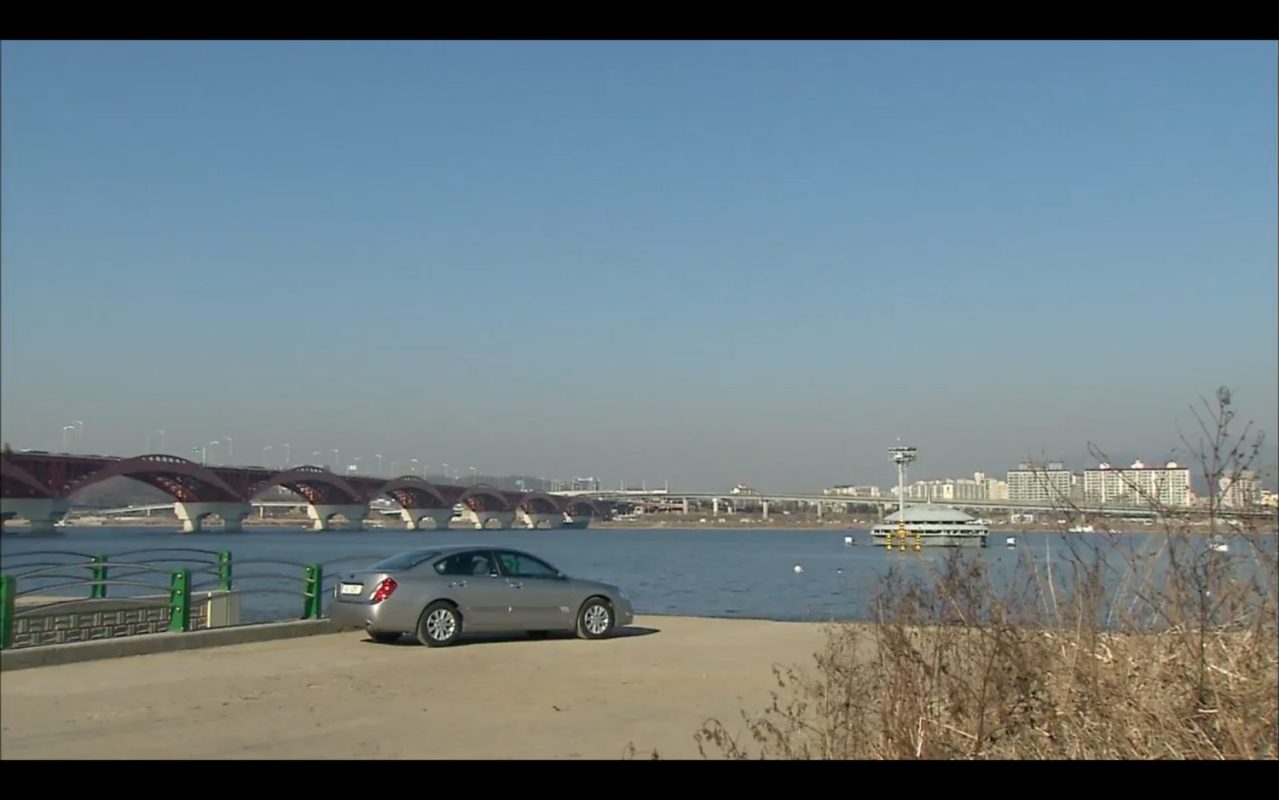 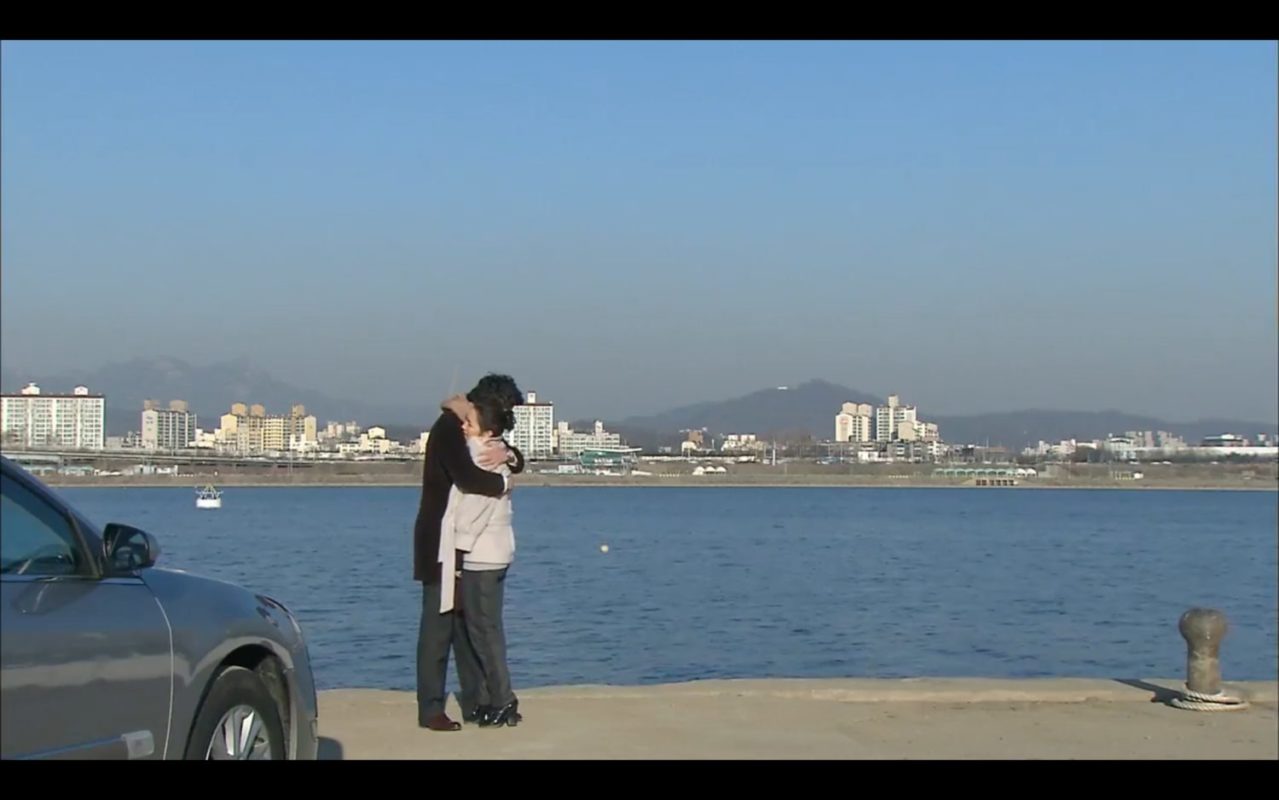 Jang Hyun-woo (Lee Sang-yoon) fetches Jo Mi-soo (Lee Yoo-ri) in his mother’s fancy sports car and they come here on their drive in episode 2 of I Love You, Don’t Cry/Don’t Cry My Love (사랑해, 울지마) (MBC, 2008-09). This is also where he tries to convince her to join him and his friend on a weekend skiing trip. In episode 39, Han Young-min (Lee Jung-jin) and Jo Mi-soo (Lee Yoo-ri) come here when they understand that they cannot get together at the moment as a couple.

Yanghwa Hangang Park [양화한강공원] is a 5.9 kilometer-long park along the southern end of the Han River, stretching between the mouth of Saetgang [샛강] —the river between Yeouido and the mainland— to Gayang Bridge [Gayangdaegyo/가양대교]. It is mainly located in Seoul’s neighborhood Dangsan [Dangsan-dong/당산동] in the Yeongdeungpo District [Yeongdeungpo-gu/영등포구].

The park has a bicycle path lined with rose bushes that start to blossom in May, along with other facilities such as a bike rental, a soccer field, two basketball and two volleyball courts. A pedestrian arch bridge, the Seonyudo Bridge, from here allows access to Seonyudo Park [선유도공원]. The pedestrian bridge was designed by French architect Rudy Ricciotti to commemorate “the 100th anniversary of diplomatic relations” between South Korea and France.

The park itself is part of the larger Hangang Park [한강공원] system, which is made up of 12 parks in total, built between 1982 and 1986. It also consists of Gwangnaru Park, Jamsil Park, Ttukseom Park, Jamwon Park, Ichon Park, Banpo Park, Mangwon Park, Yeouido Park, Nanji Park, Gangseo Park, and Seonyudo Park. Since 2007, Hangang Park has been gradually redeveloped under the ‘Hangang Renaissance Project‘ (한강르네상스 사업), with an intended completion in 2030.