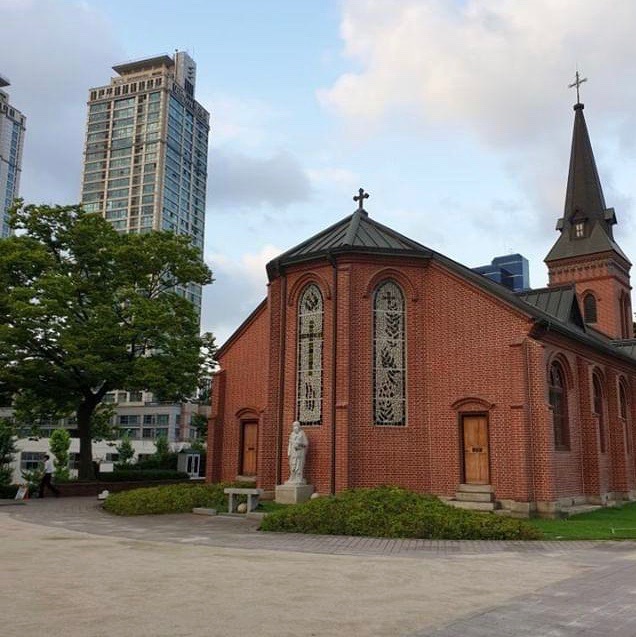 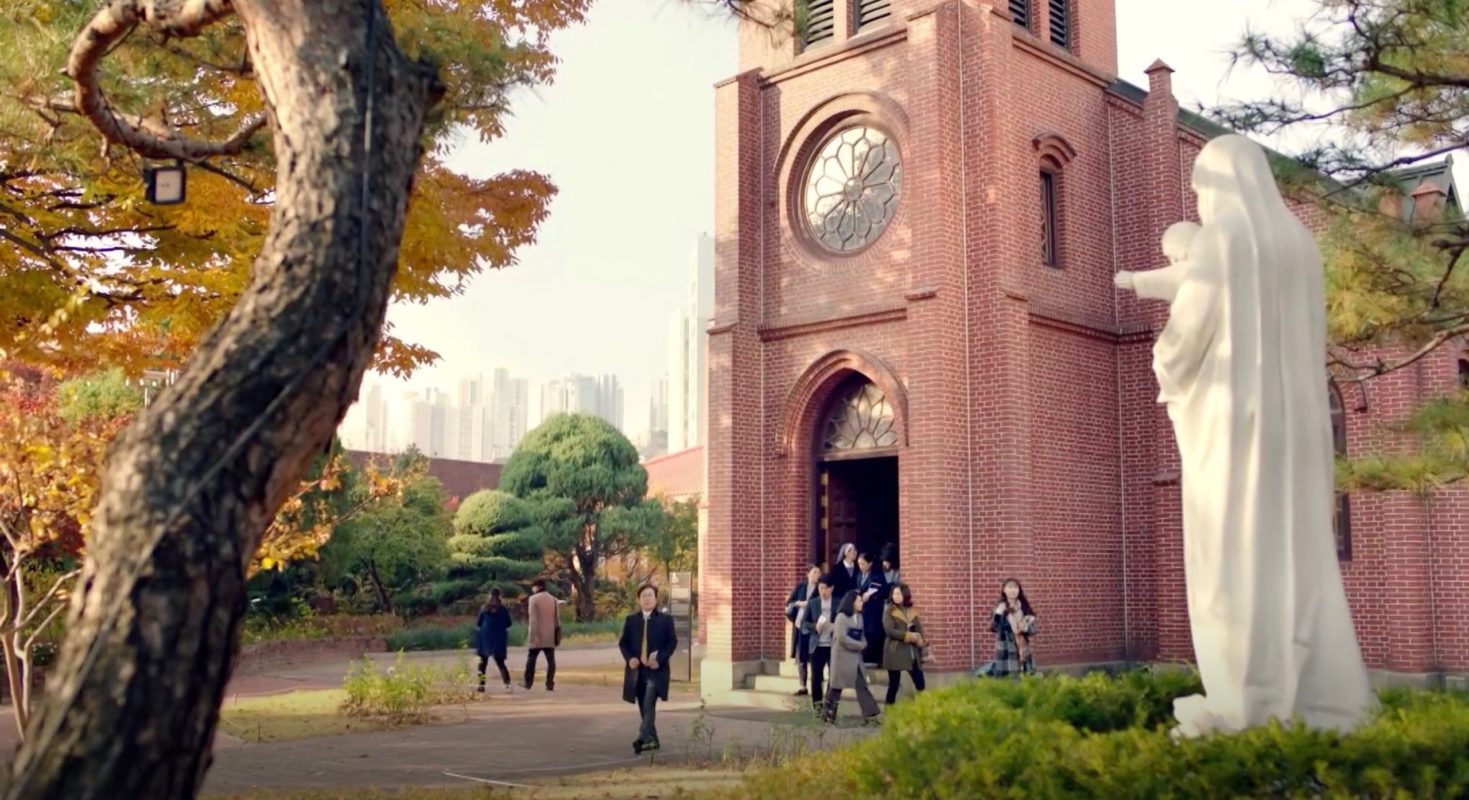 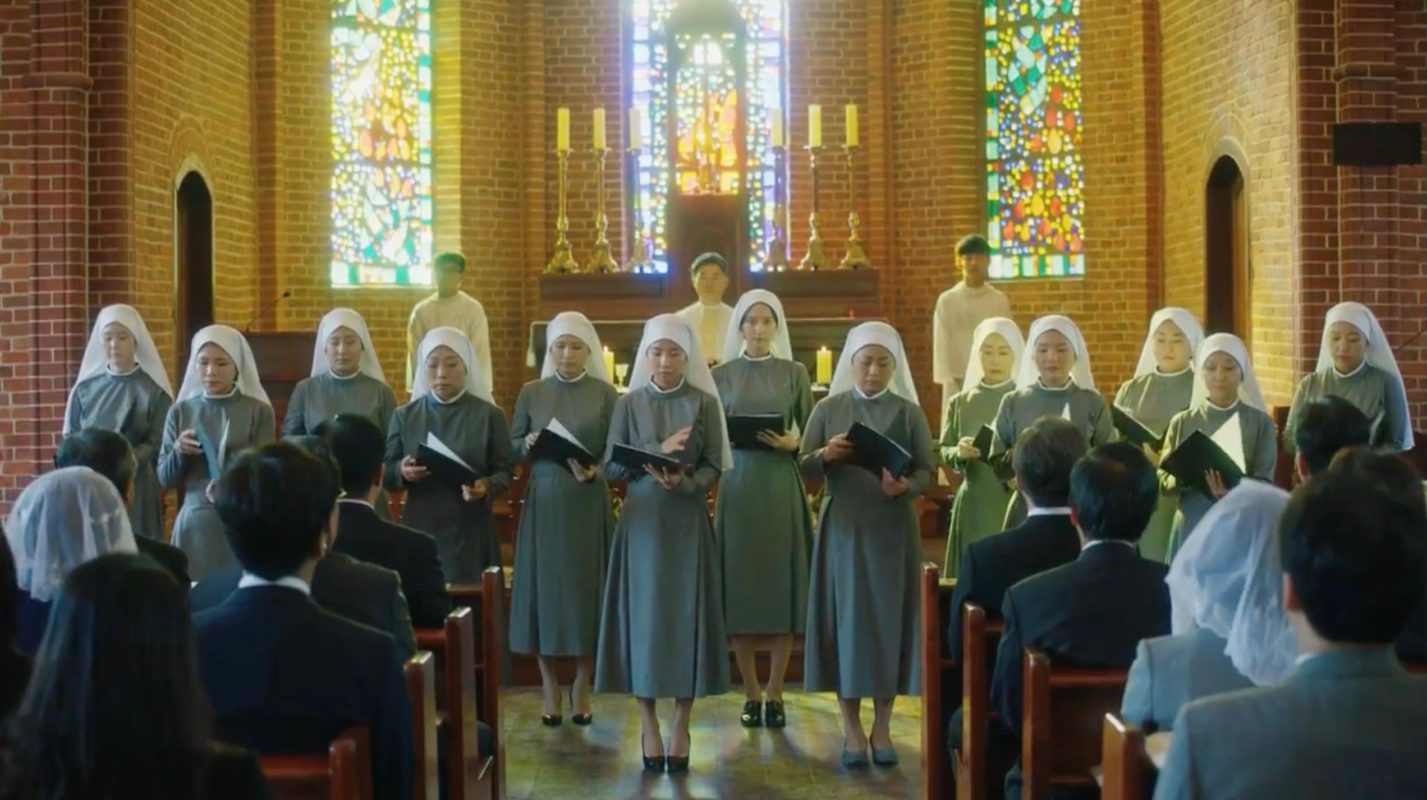 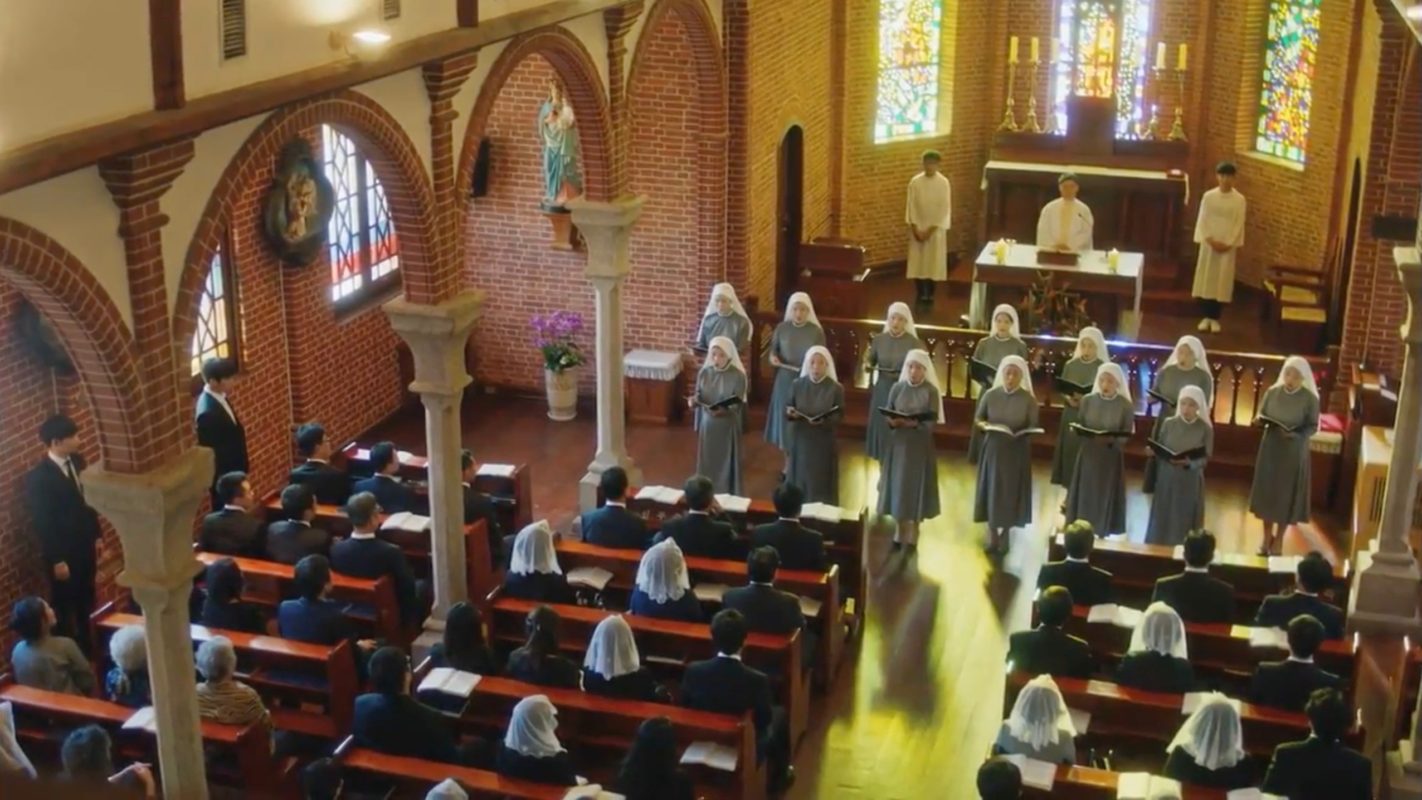 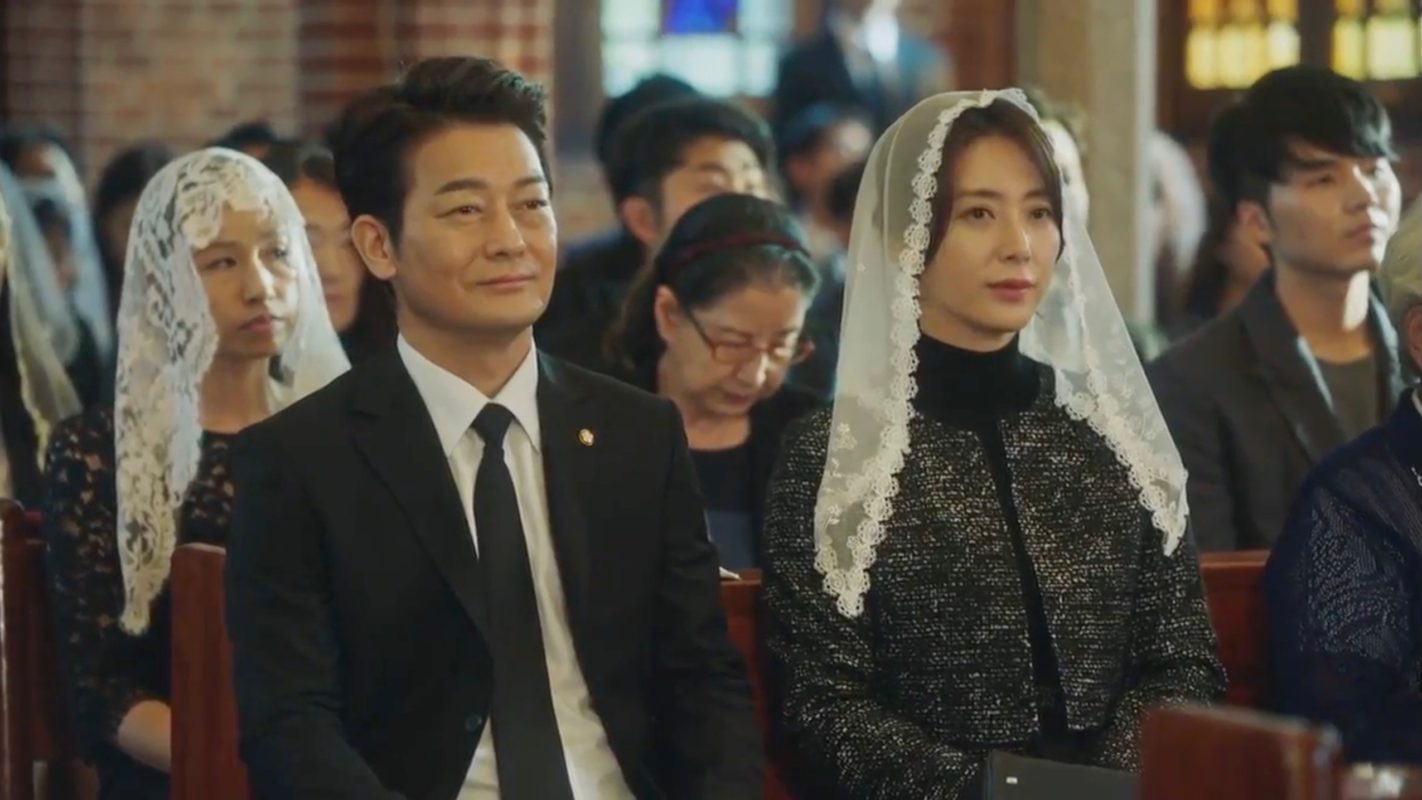 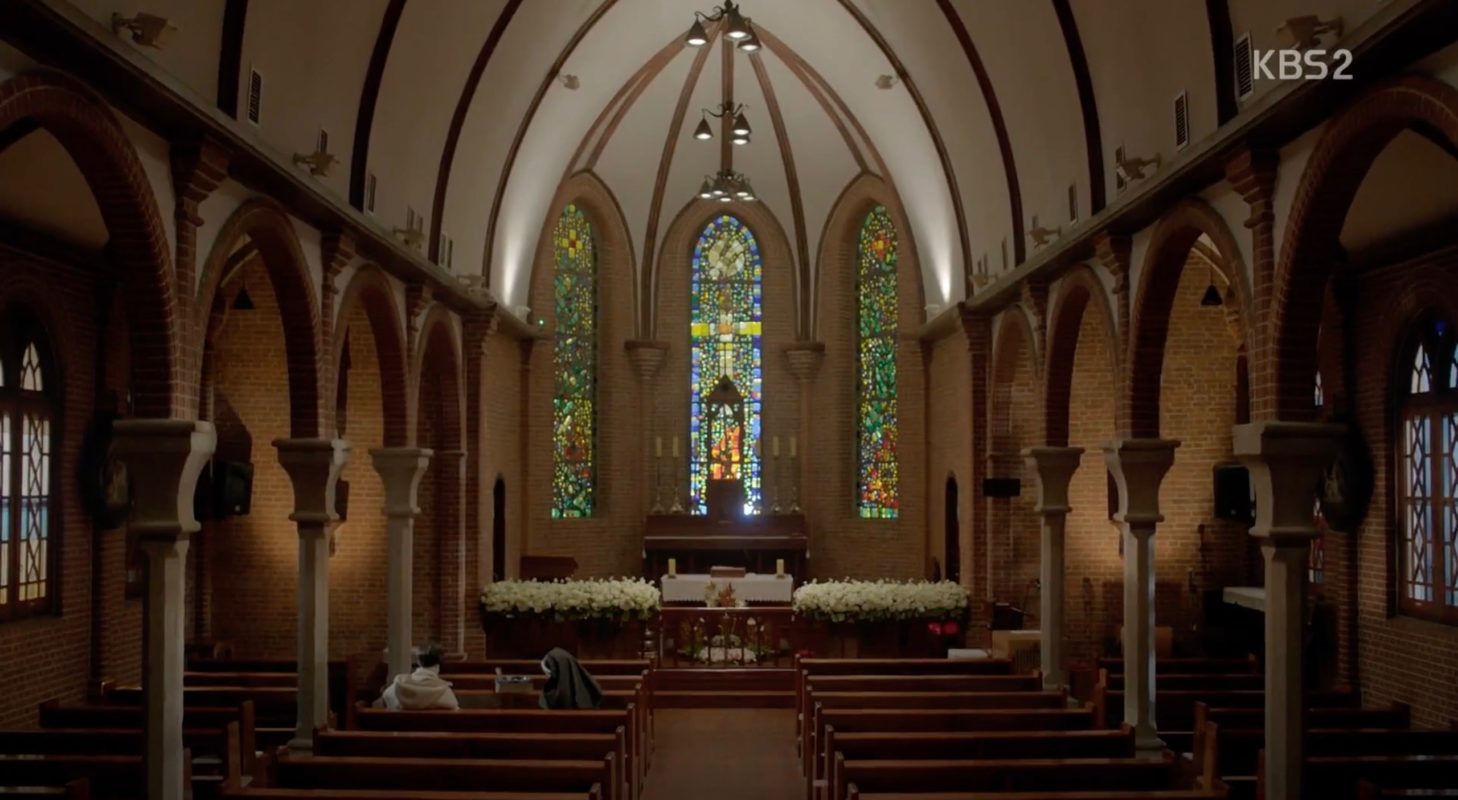 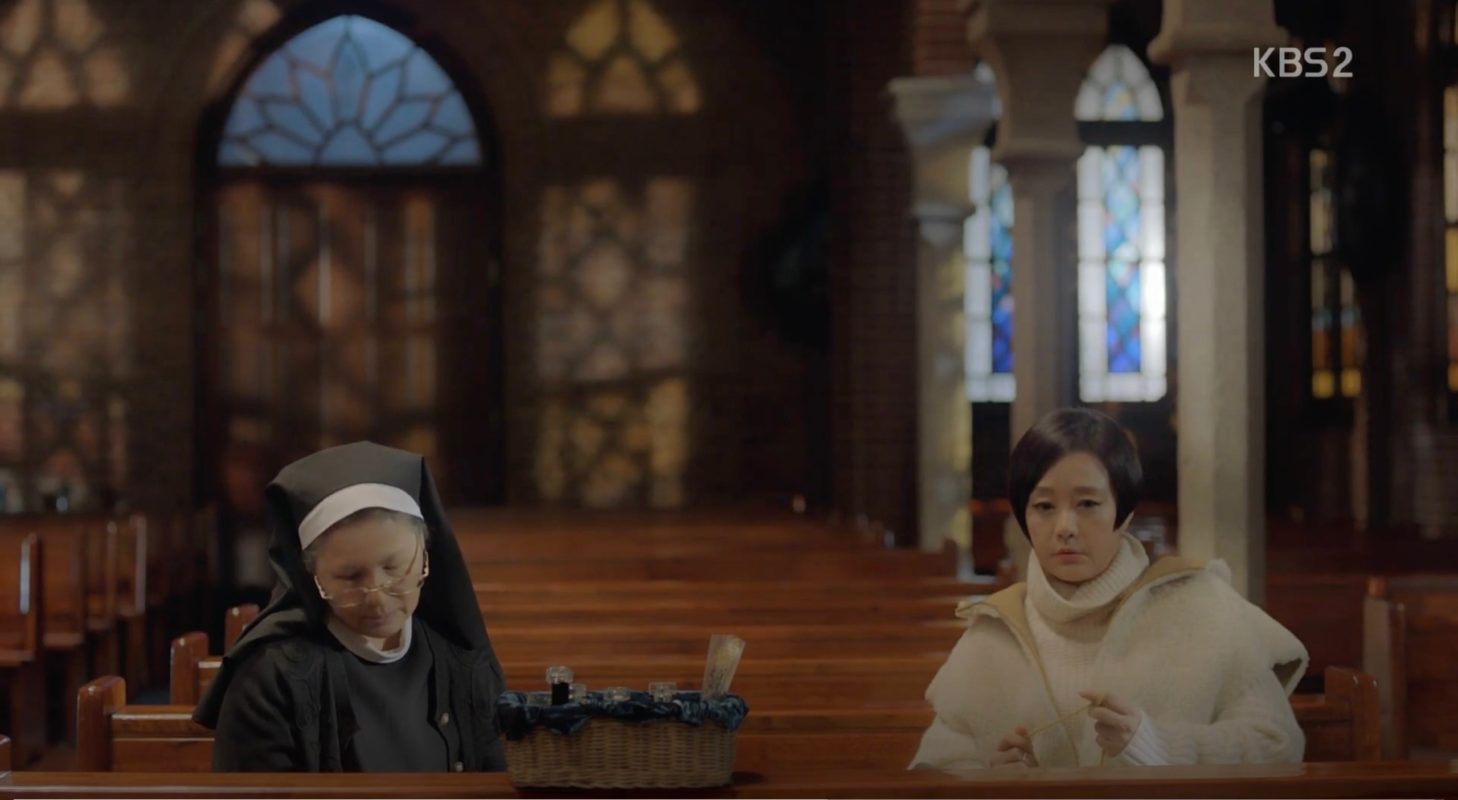 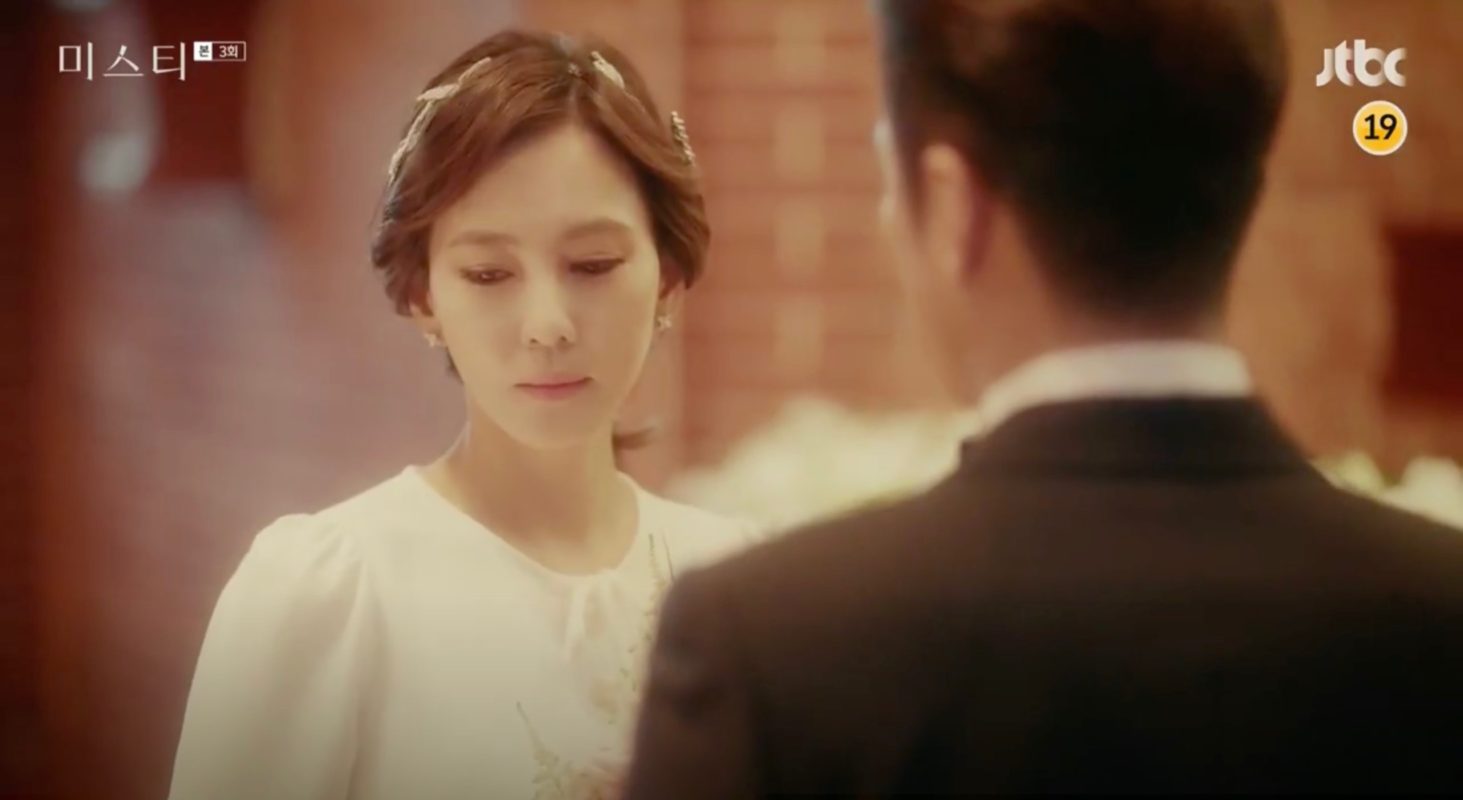 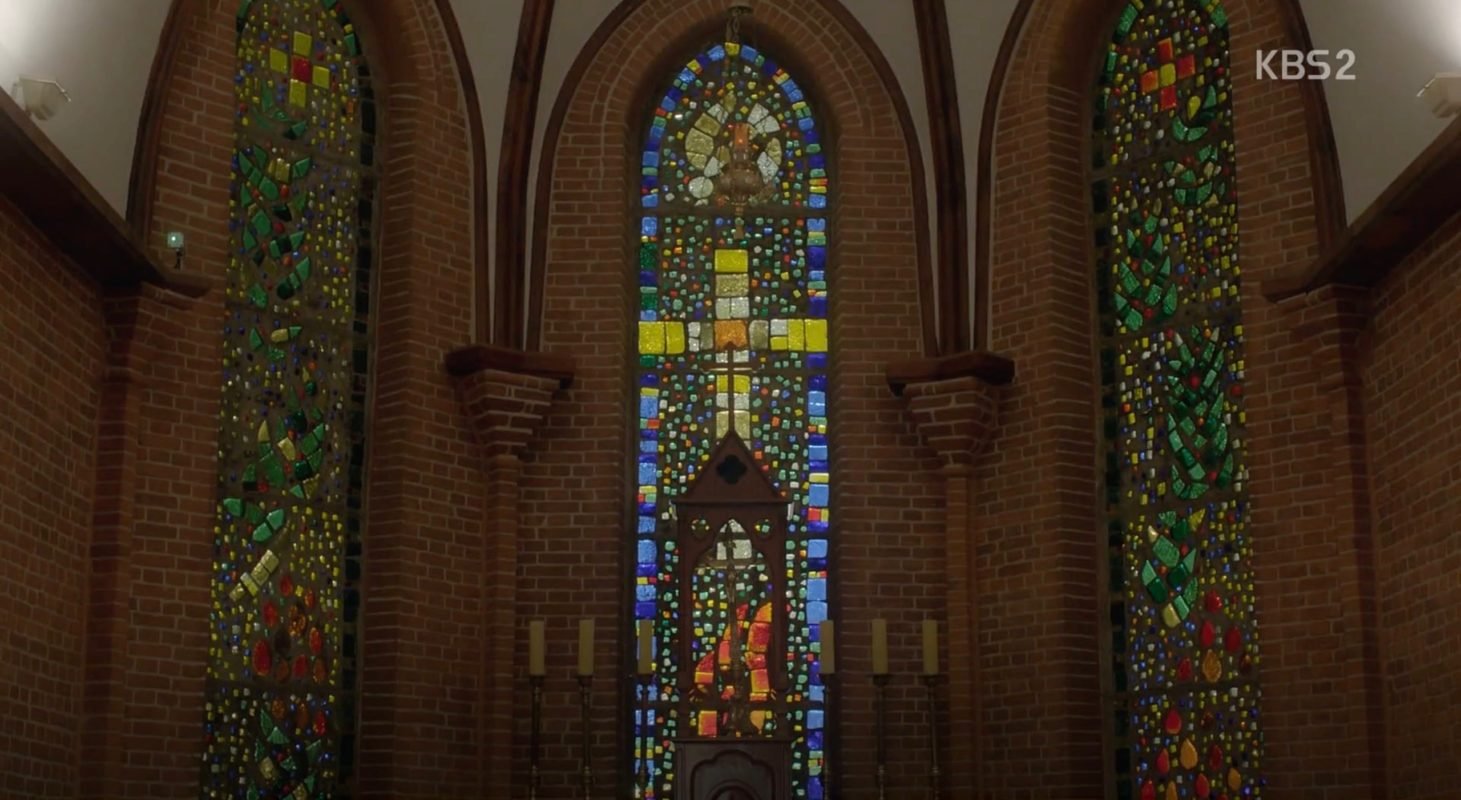 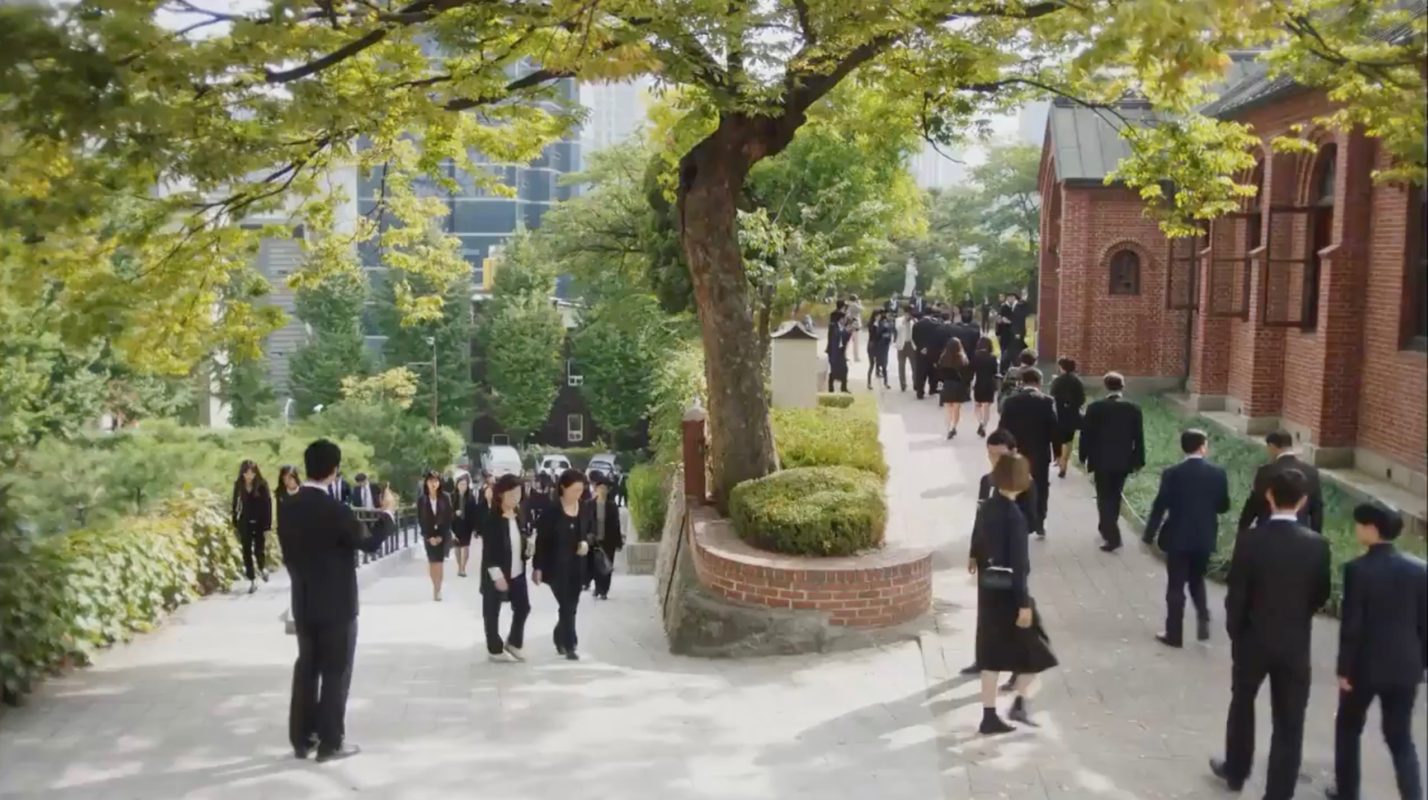 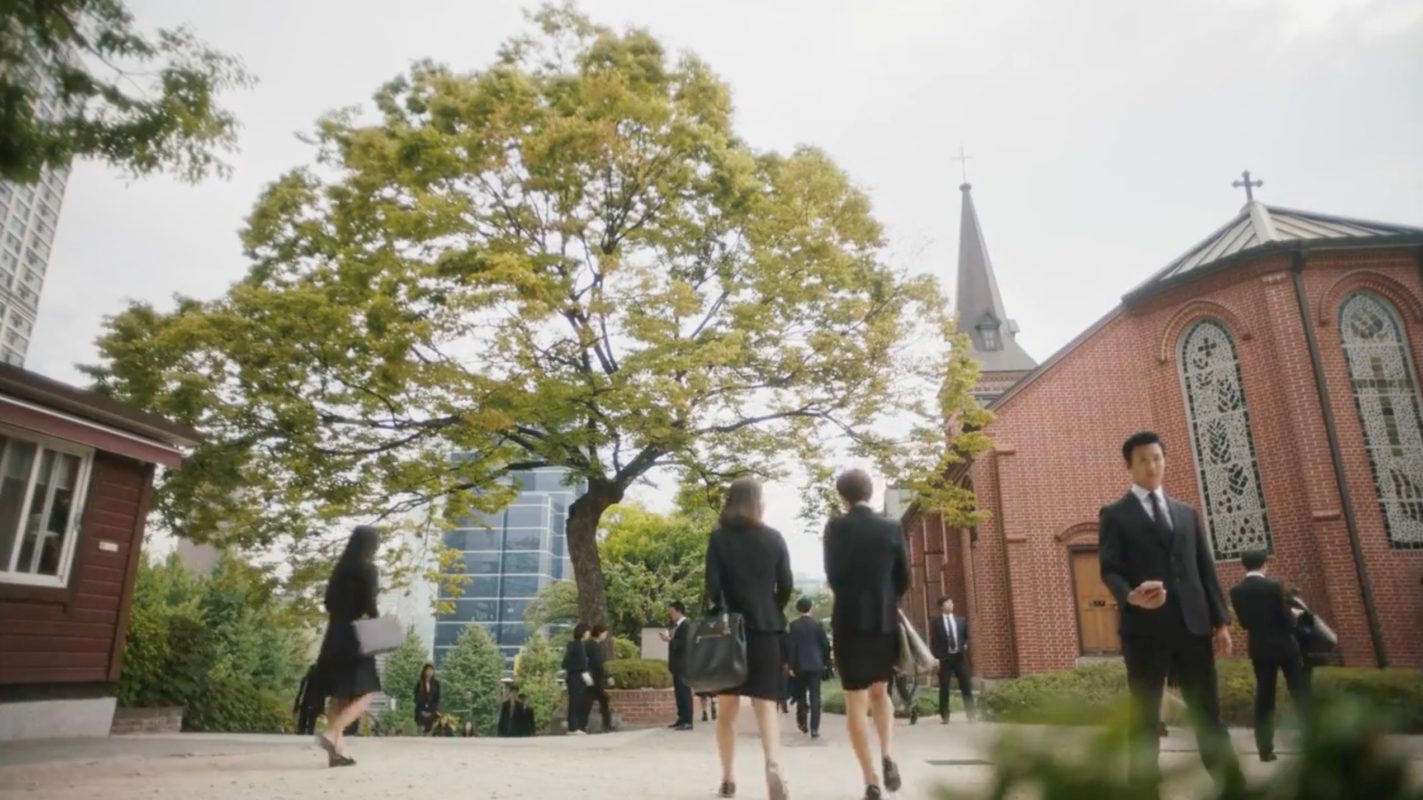 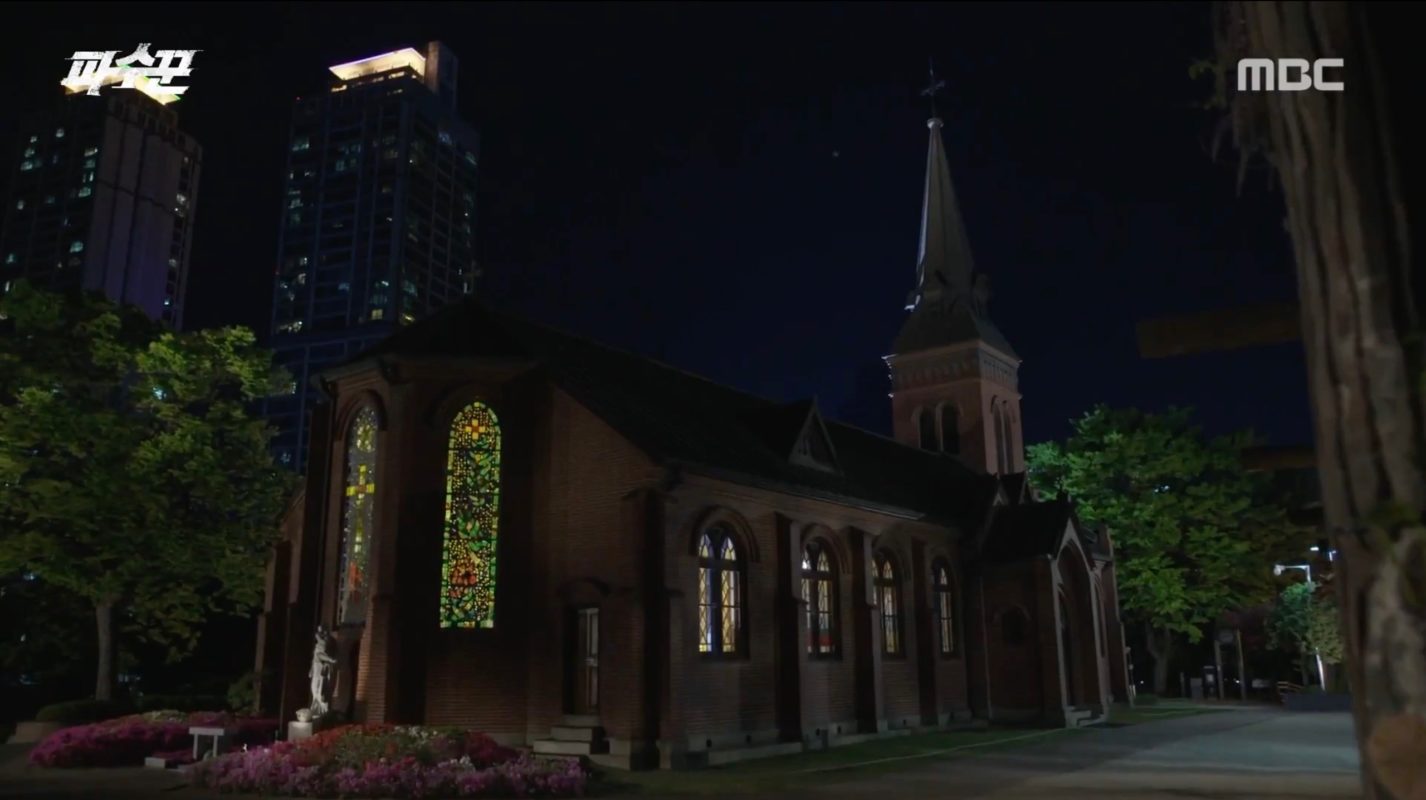 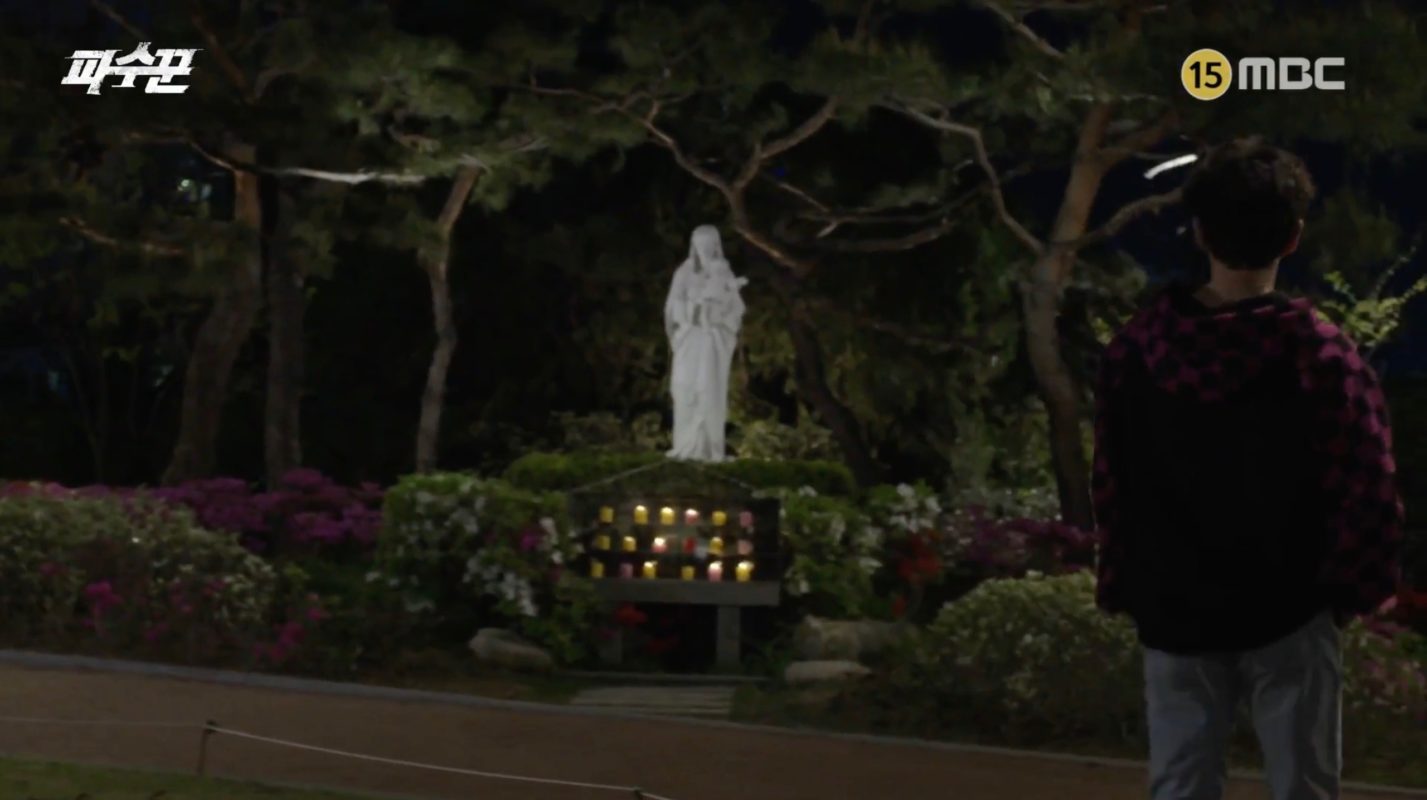 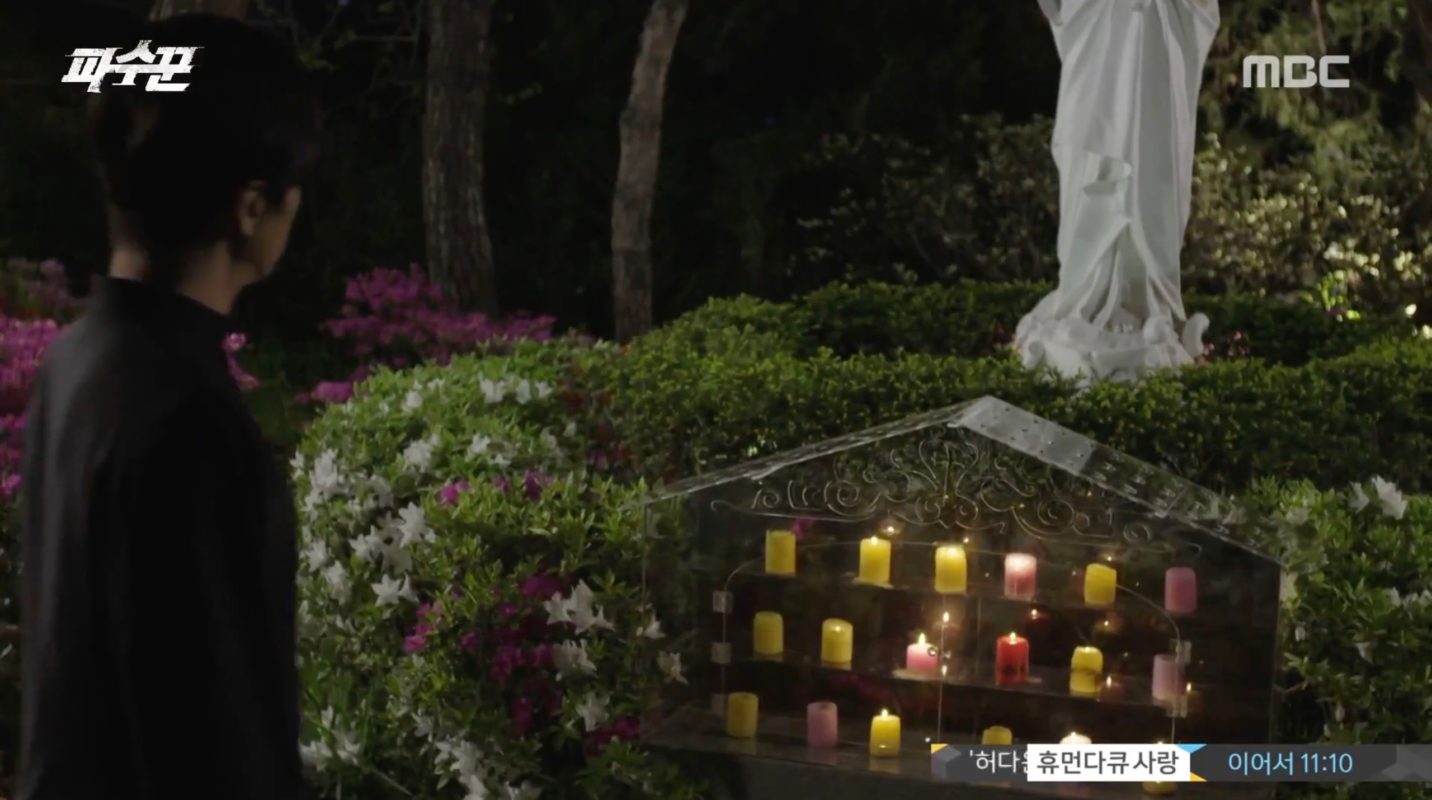 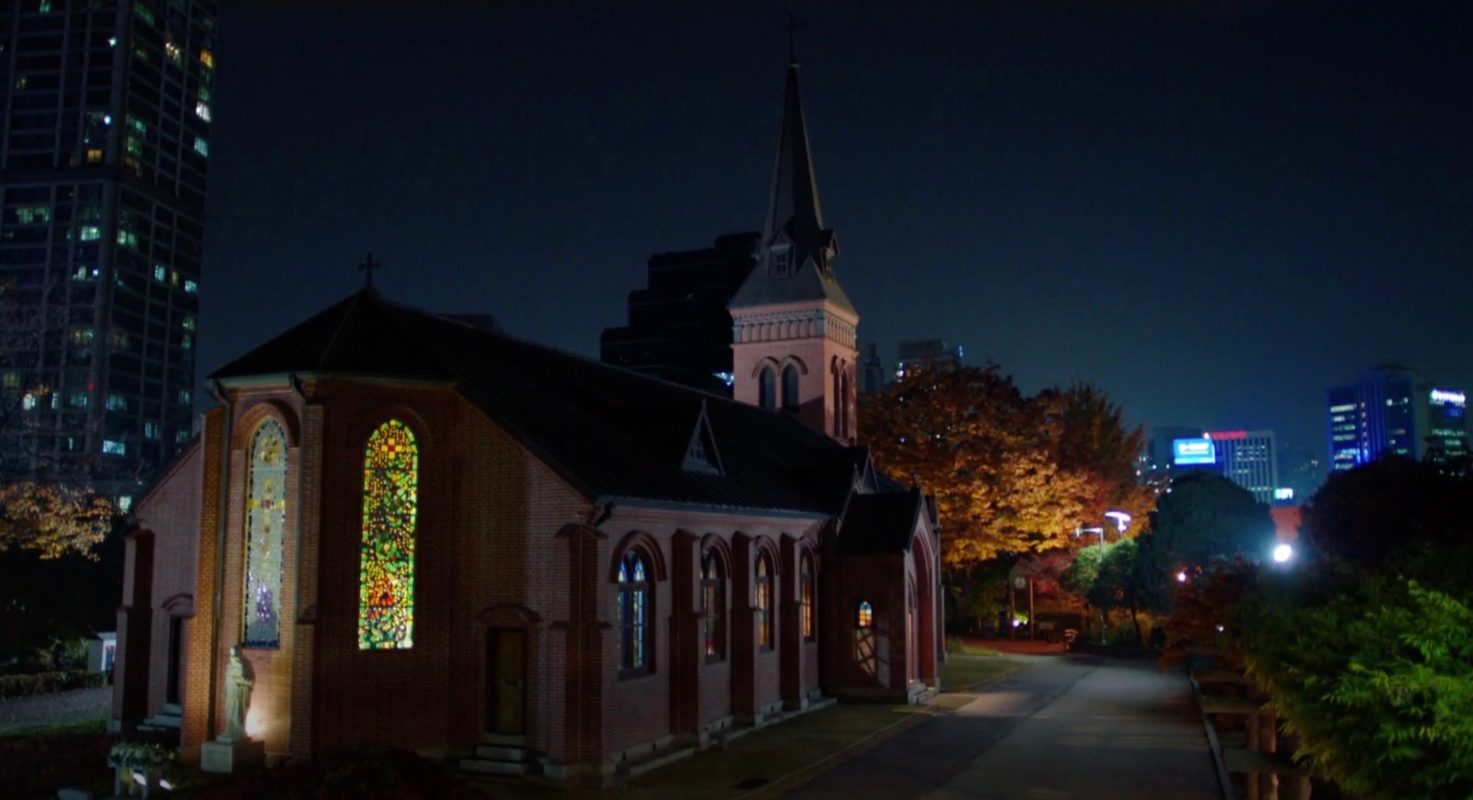 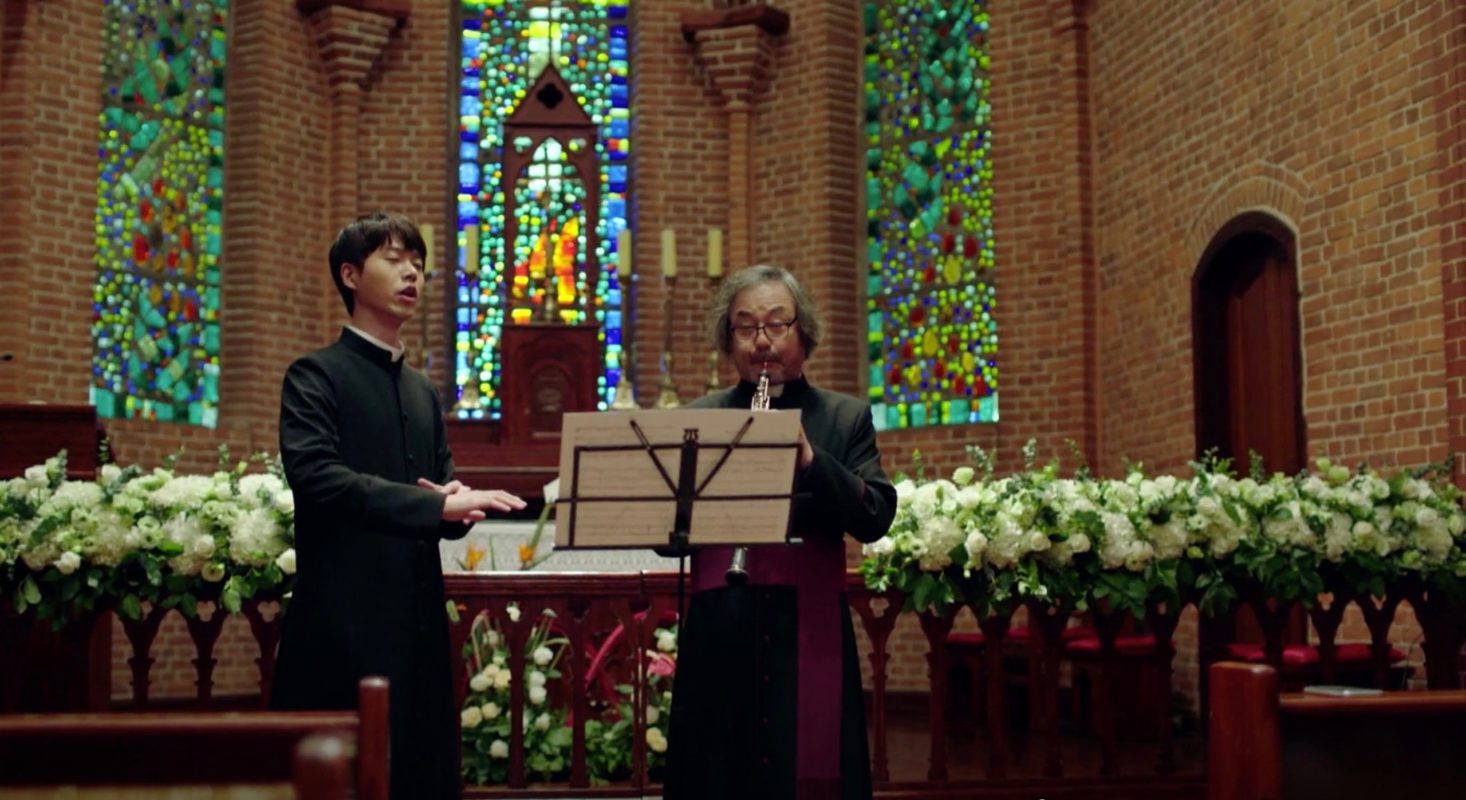 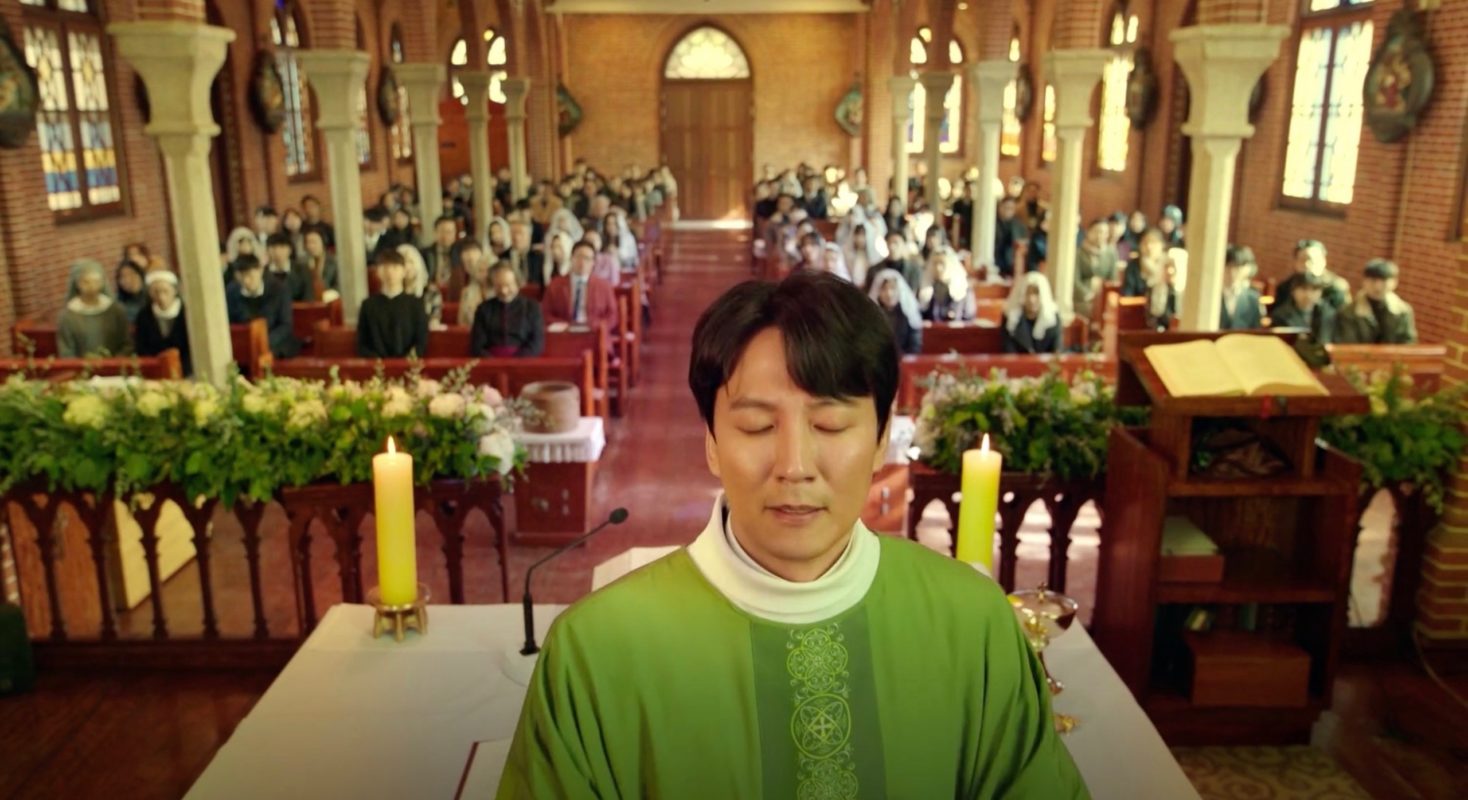 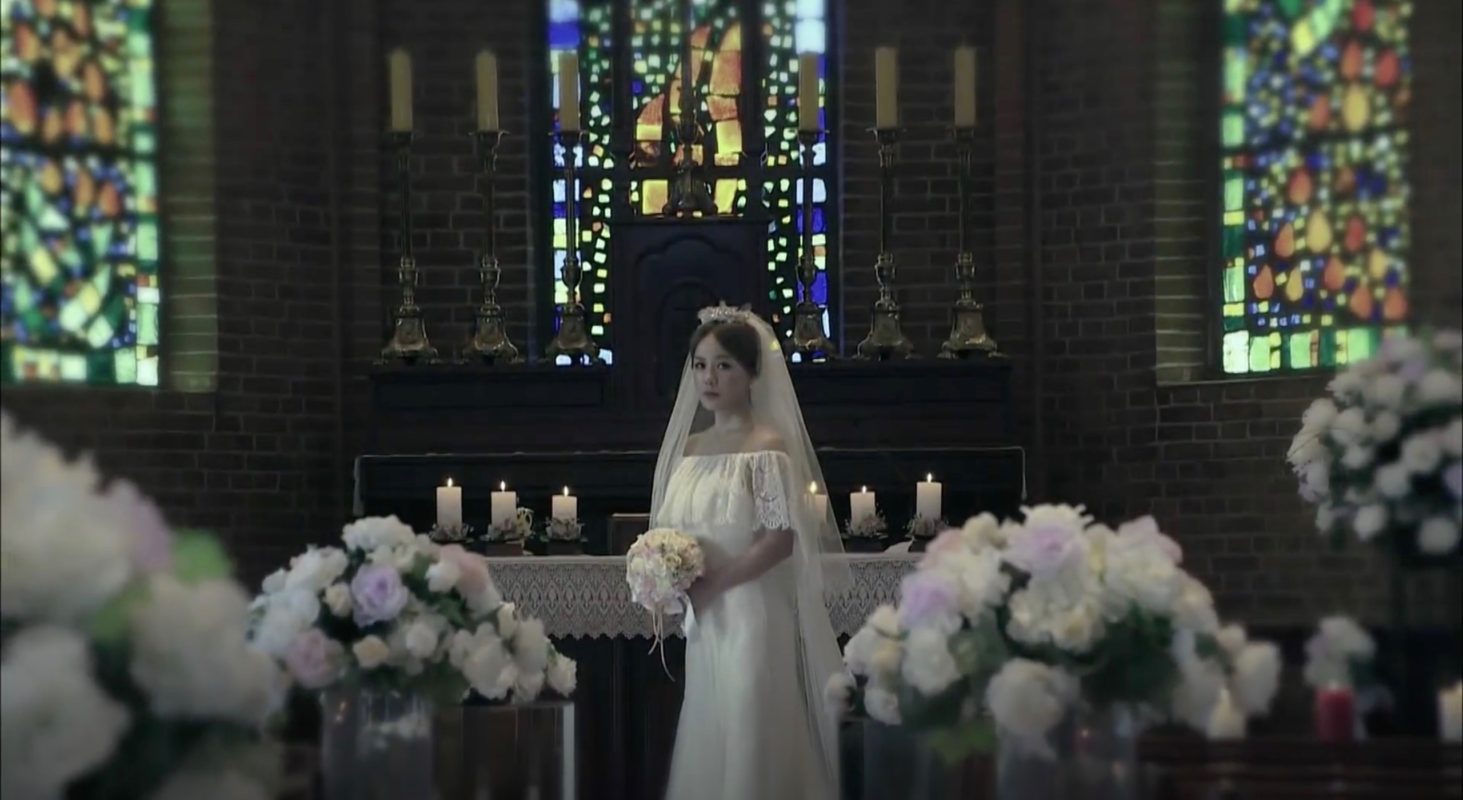 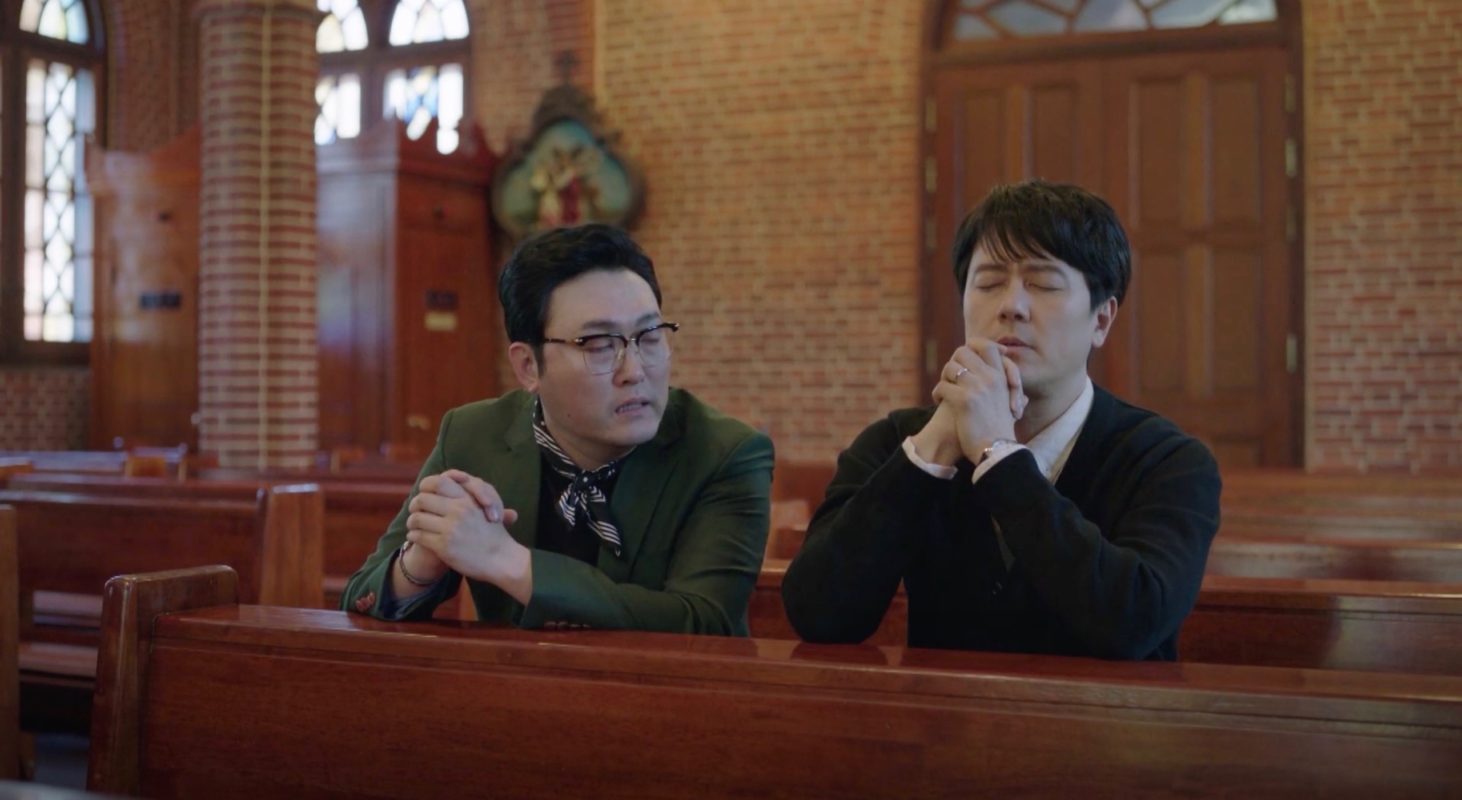 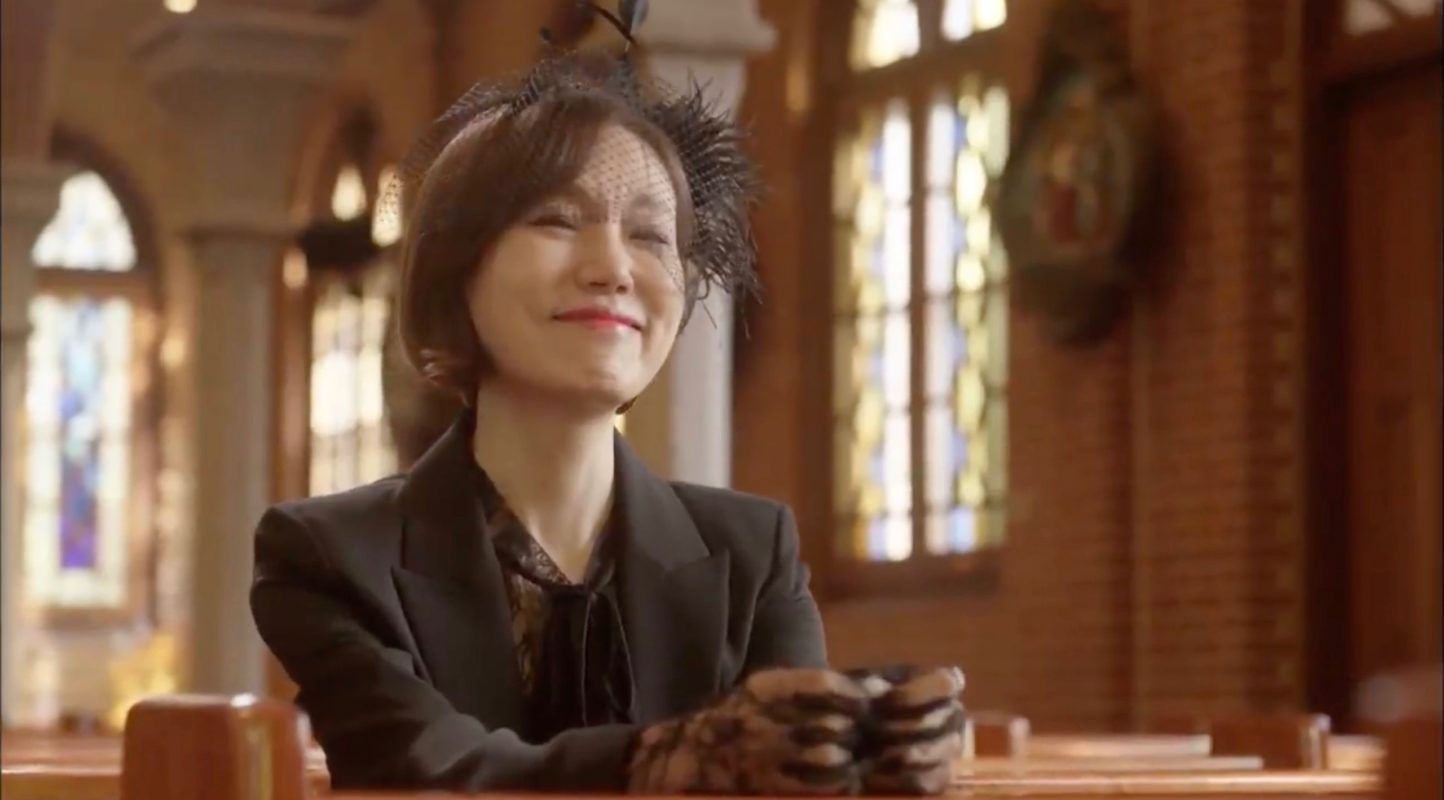 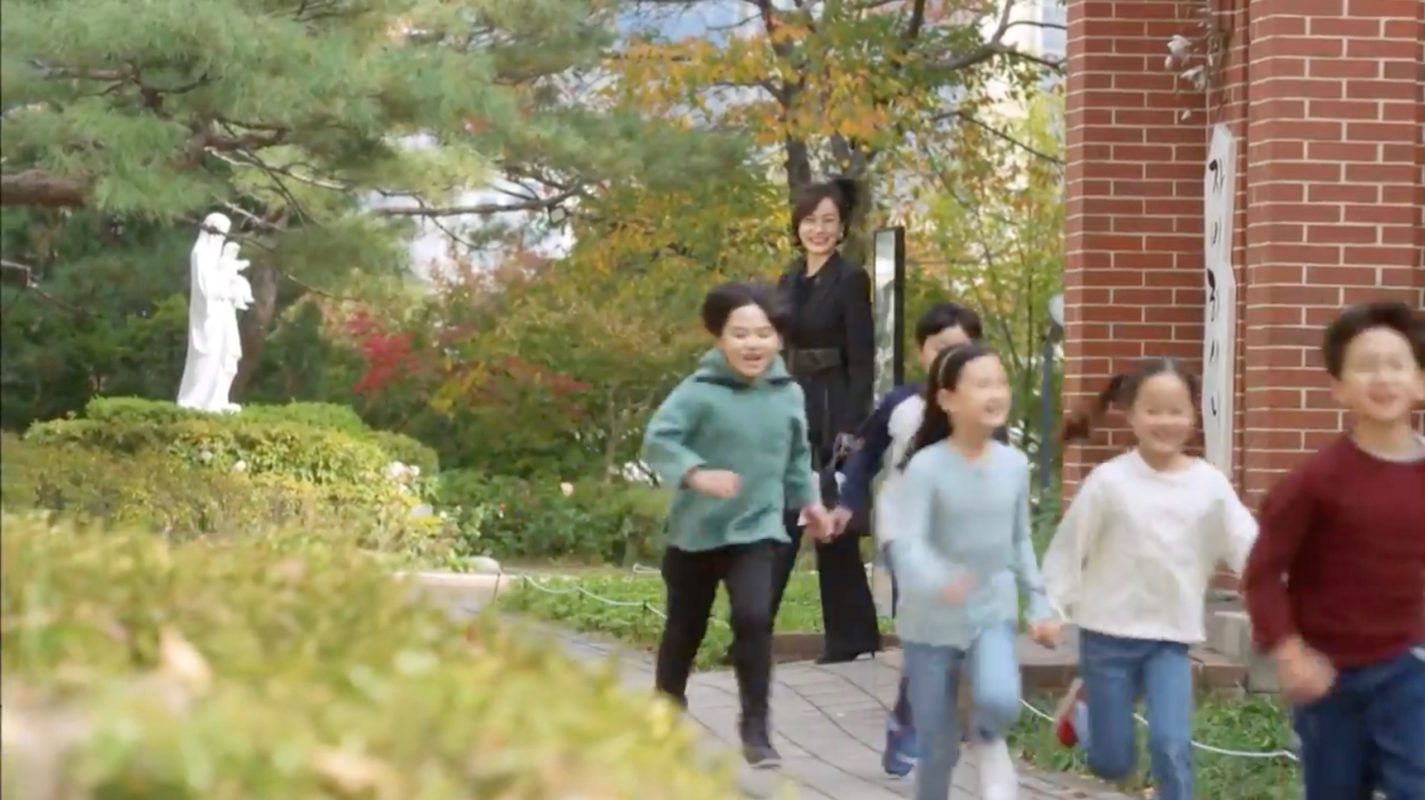 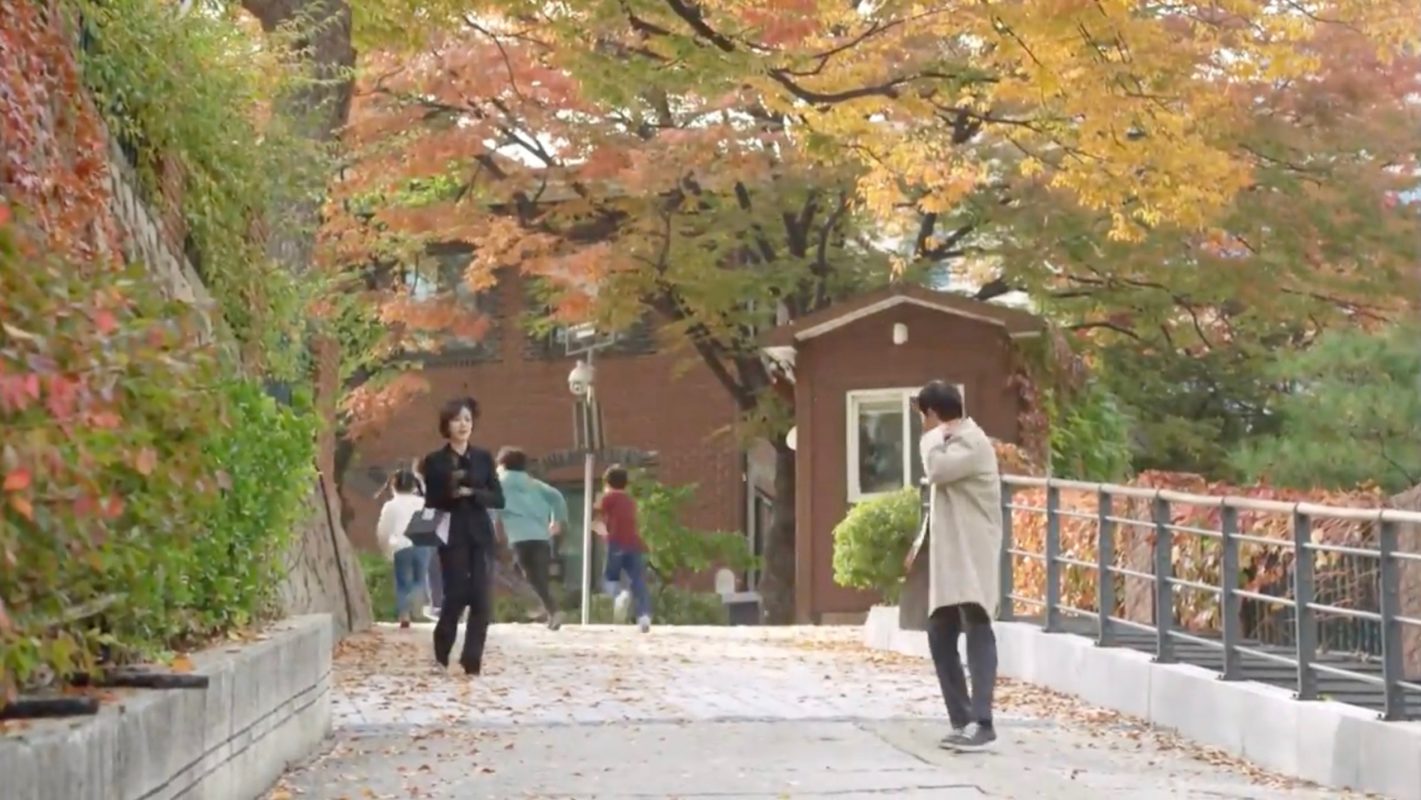 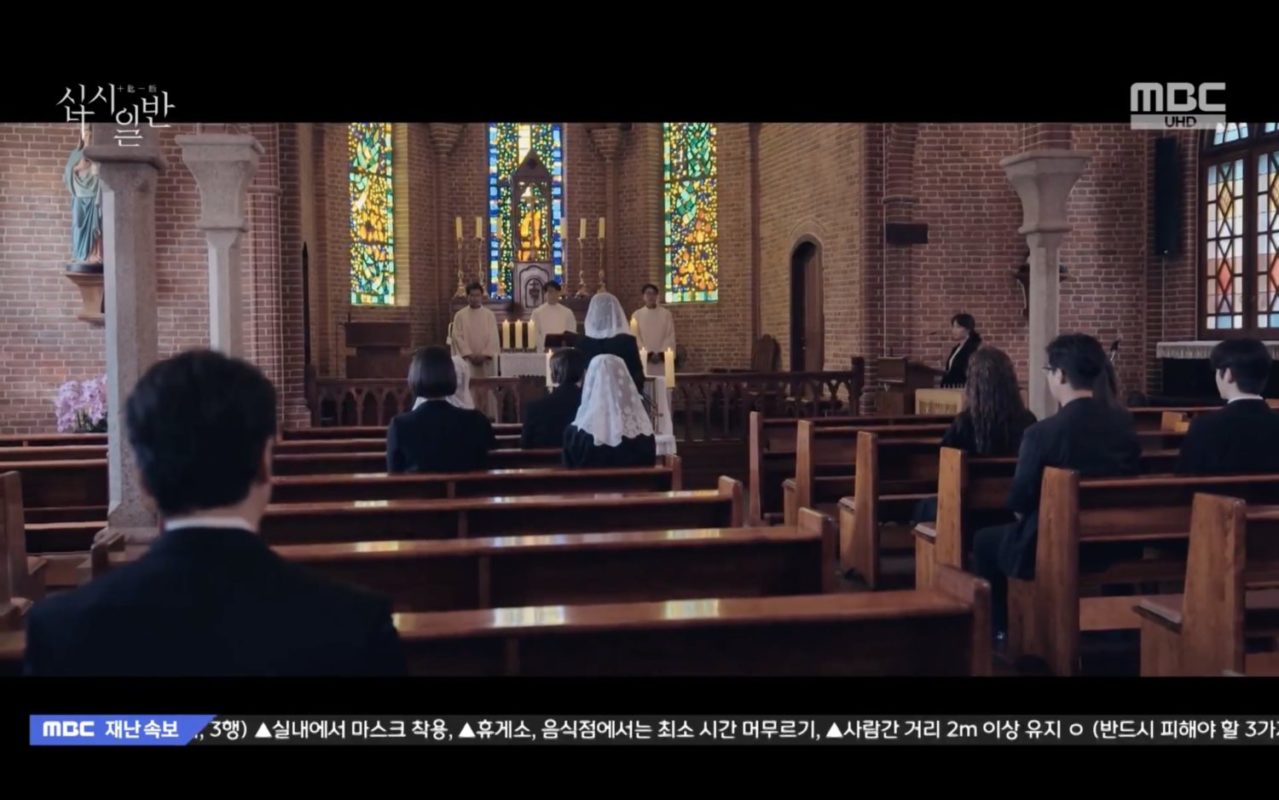 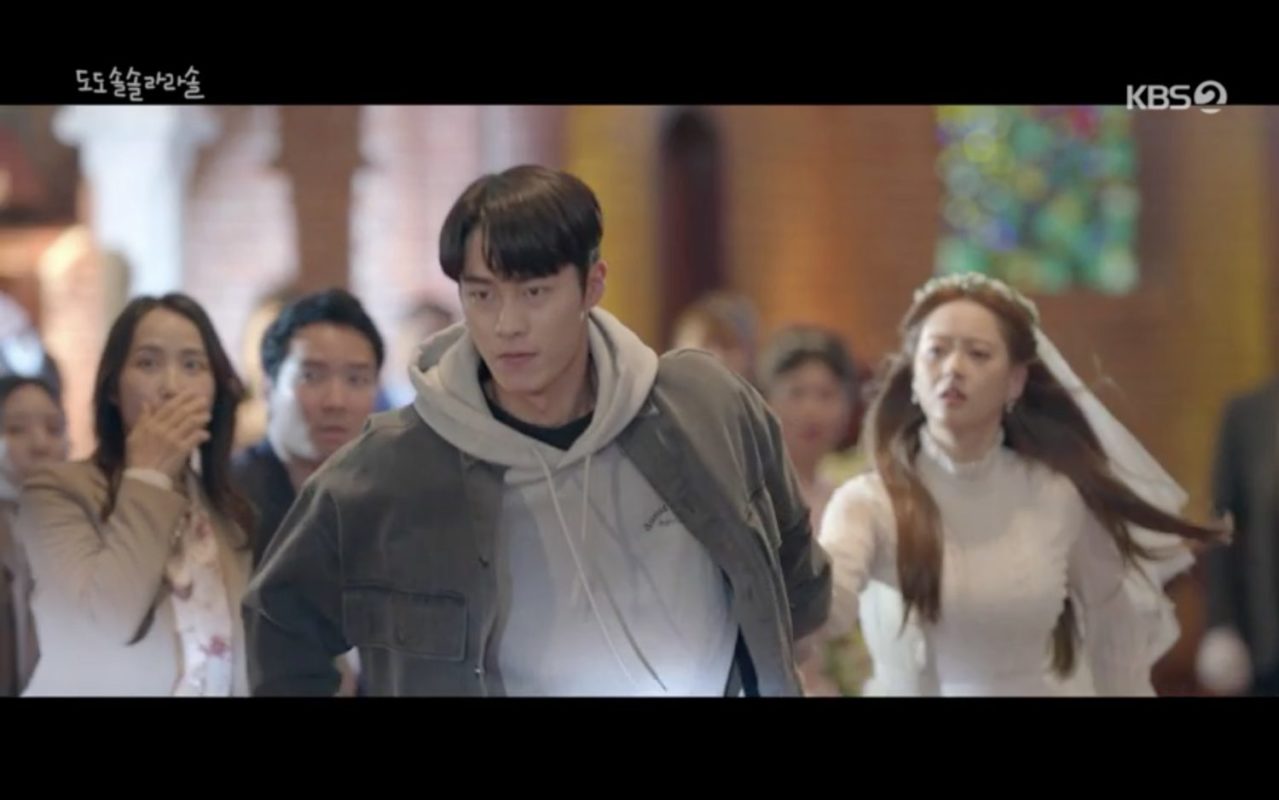 Goo Ra-ra (Go Ara) and Cha Eun-seok (Kim Joo-hun) marry at this church in episode 12 of Do Do Sol Sol La La Sol (도도솔솔라라솔) (KBS2, 2020) and after they have said their vows, Sunwoo Joon (Lee Jae-wook) comes running into the church and wrist-grabs Ra-ra away from the altar and outside the church’s ground.

Kwon Do-hoon (Kam Woo-sung) comes to this church in episode 2 of The Wind Blows (바람이 분다) (JTBC, 2019) and prays for more than an hour to the dismay of his accompanying best friend Choi Hang-seo (Lee Joon-hyuk).

Cha Shi-Ahn’s (Jung Jae-won/원/ONE) mother comes to this church in episode 12 of Her Private Life (그녀의 사생활) (tvN, 2019) to pray before looking for her son.

Go Hye-ran (Kim Nam-joo) and Kang Tae-wook (Ji Jin-hee) got married at this church without the presence of the groom’s parents as we see in a flashback in episode 3 of Misty (미스티) (JTBC, 2018).

Jang Baek-hee (Jang Mi-hee) comes here in episode 2 of Black Knight: The Man Who Guards Me (흑기사) (KBS2, 2017-18) and tells a sister (that meanwhile has fallen asleep) that she is 250 years old and only now starts to age, and that she has committed a great sin that she wants to rectify.

Kang Su-il (Choi Soo-Jong) works as a baker at this church after being released from prison in My Only Love/My Only One (하나뿐인 내편) (KBS2, 2017-18). Hence, a lot of scenes happen here. For instance, in episode 28, Na Hong-ju (Jin Kyung) comes to this church at her deceased husband’s anniversary and is in tears praying because she misses him. On her way back, she sees children running in one direction. She follows them curiously as they head to the baking room and is surprised to see Kang Su-il.

In episode 1 of Lookout (파수꾼) (2017), Key (Gong Kyung-soo) comes here lighting a candle and leaving a message that he has completed his mission.

In episode 6 of The K2 (더 케이투) (tvN, 2016), Ko An-na (Yoona) flees from the house where she is kept by her father and stepmother to meet her father at a service at this cathedral that he would be attending. She disguises herself as a nun and sings in the choir with her own version of ‘Amazing Grace’ – while Kim Je-ha (Ji Chang-wook) is standing watch.

It is here that Ban Ji-yeon’s (Uhm Jung-hwa) finds herself alone in front of the altar in a wedding dress in a flashback in episode 1 of A Witch’s Love/Witch’s Romance (마녀의 연애) (tvN, 2014).

This is also where Na Doo-rim (Yang Jin-sung) and Choi Kang-joo (Lee Hong-ki) get married in private without guests in episode 10 of Bride of the Century (백년의 신부) (CSTV, 2014).

In episode 11 of My Girlfriend Is a Gumiho/My Girlfriend Is a Nine-Tailed Fox (내 여자친구는 구미호) (SBS, 2010), Cha Tae-woong (Lee Seung-gi) finally accepts that he likes Mi-Ho (Shin Min-ah) and confesses to her in front of this cathedral. And finally they gave assurance to each other’s feelings. The building is an exact look alike of the stand-in that Mi-ho gave to him.

Also, Kim Hyeon-jun (Lee Byung-hun) comes here to retrieve his memory in episode 3 of IRIS (아이리스) (KBS2,2009-10), accompanied by Choi Seung-hee (Kim Tae-hee). It’s the religious orphanage where he had stayed at from the age of 7. While Hyeon-jun talks the the father, Seung-hee walks around the orphanage and ends up in the church where she asks Mother Maria if she should love a man with many secrets and her answer – that she can directly give Hyeon-jun because he had come to the church as his talk had finished – was “Yes.”. We then see them walk down the aisle arm in arm.

Getting here
Chungjeongno Station [충정로역], Line 2 and 5, Exit 4
Bus Stop: Korea Economic Daily [한국경제신문사] – Key (Gong Kyung-soo) gets off the bus here in episode 10 of Lookout (2017) to go to this church.

— submitted by Marion KDL
— Photo taken by © deanekitty29, summer 2019
— Scene description for My Only One added by Bernadette
— Chip In added by raregem