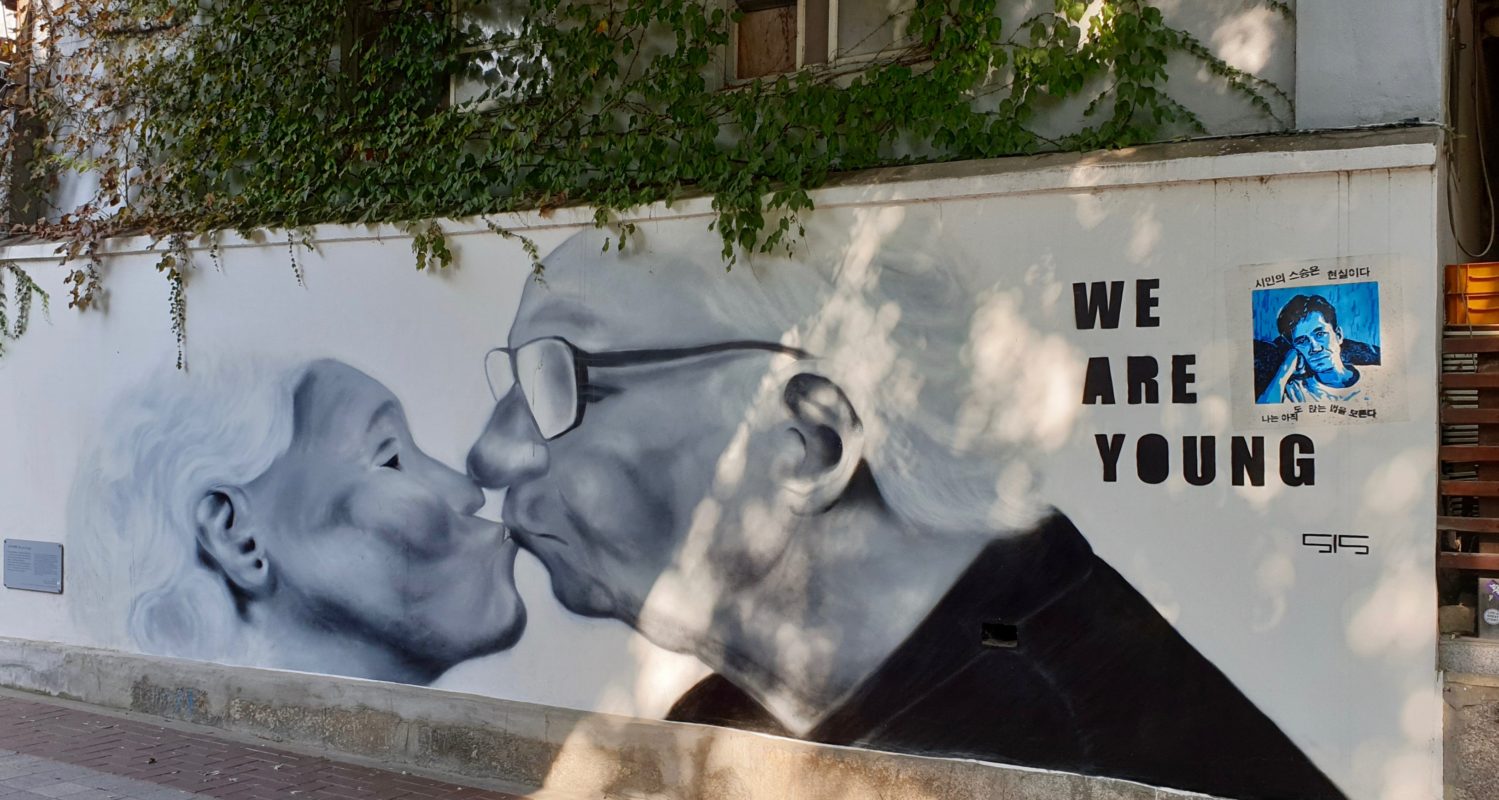 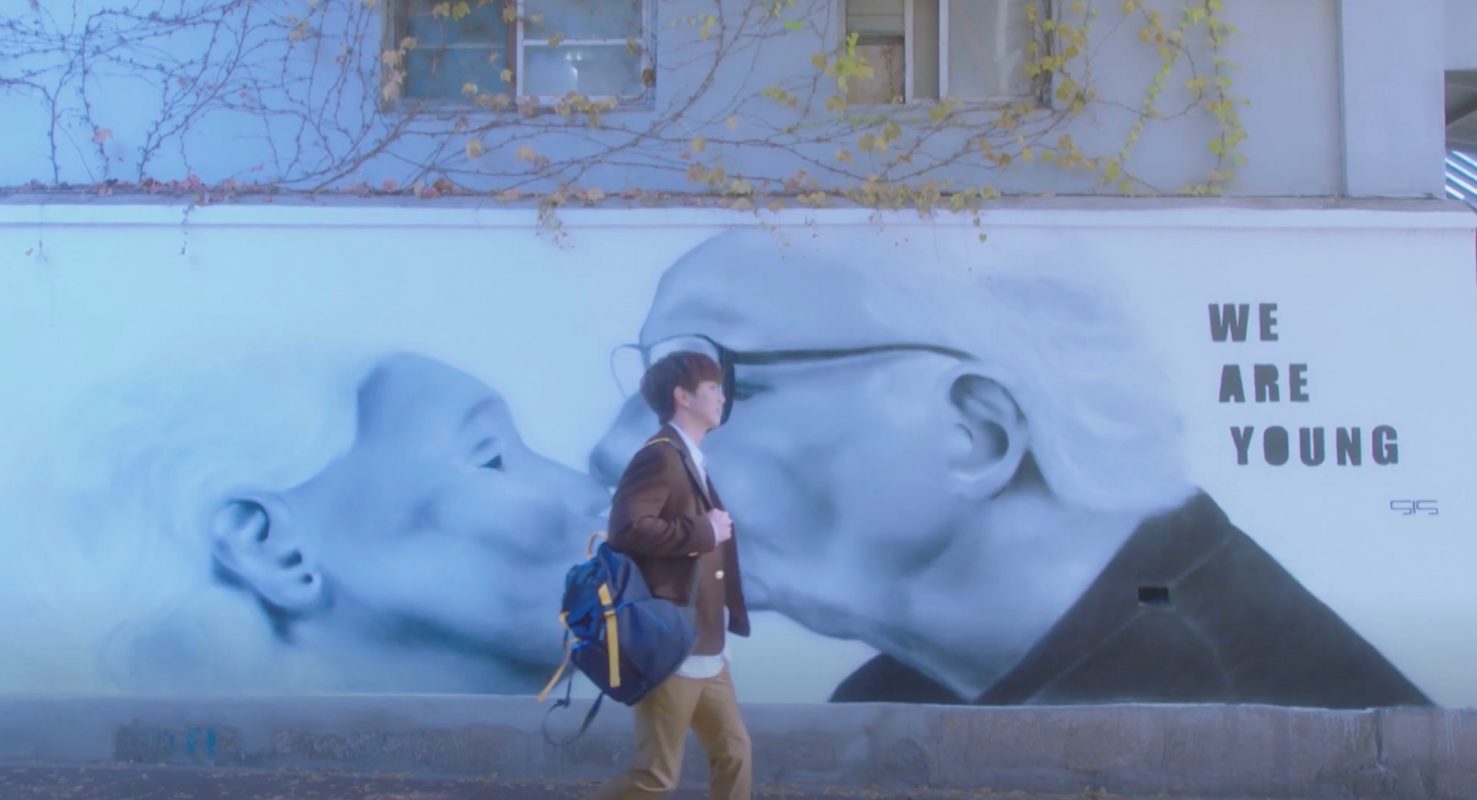 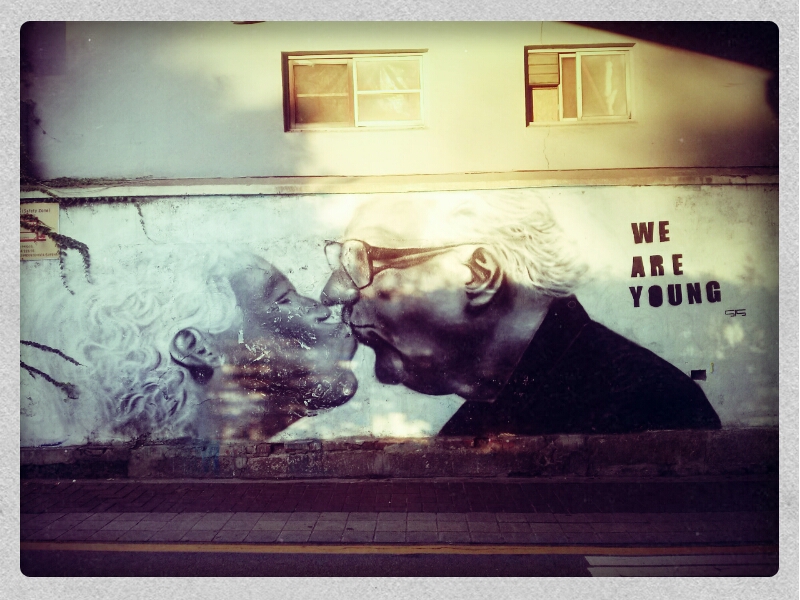 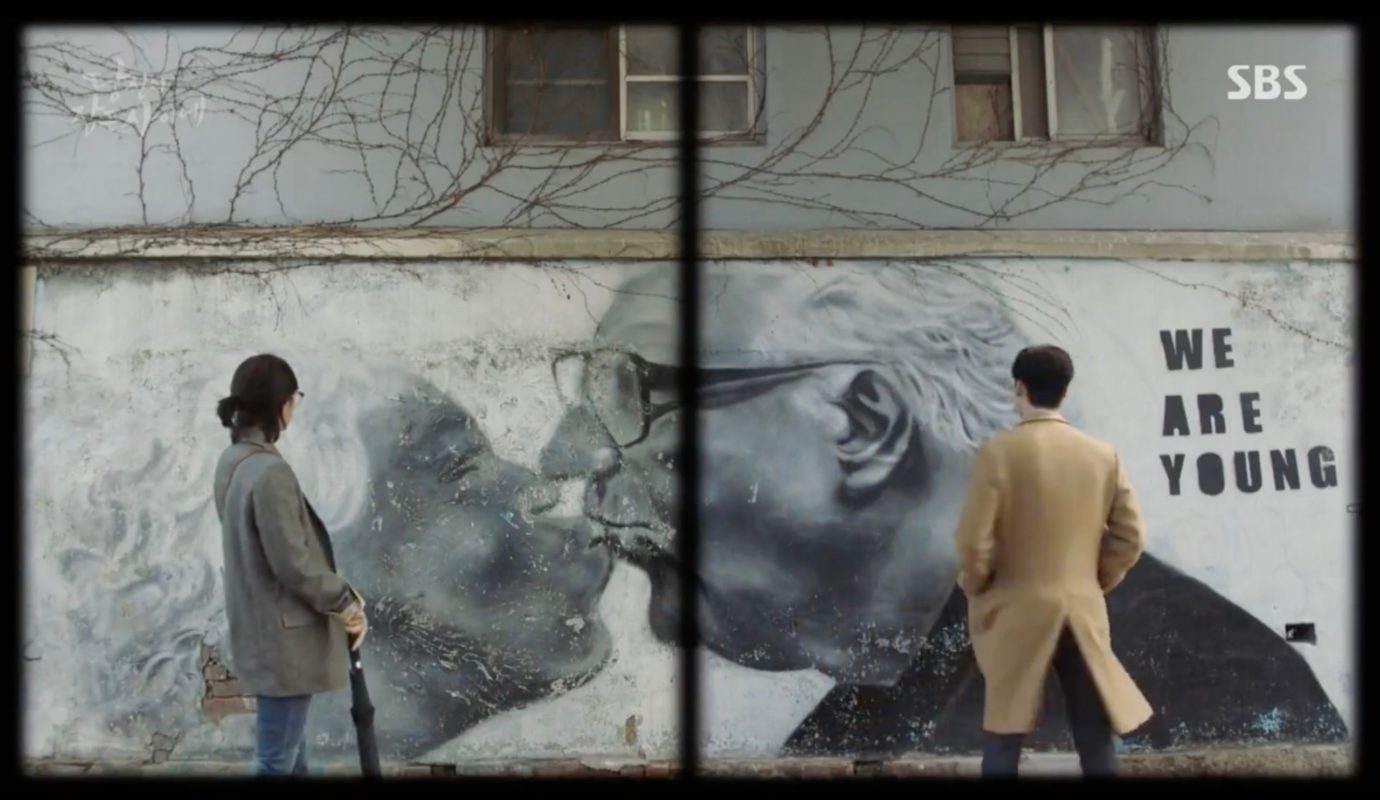 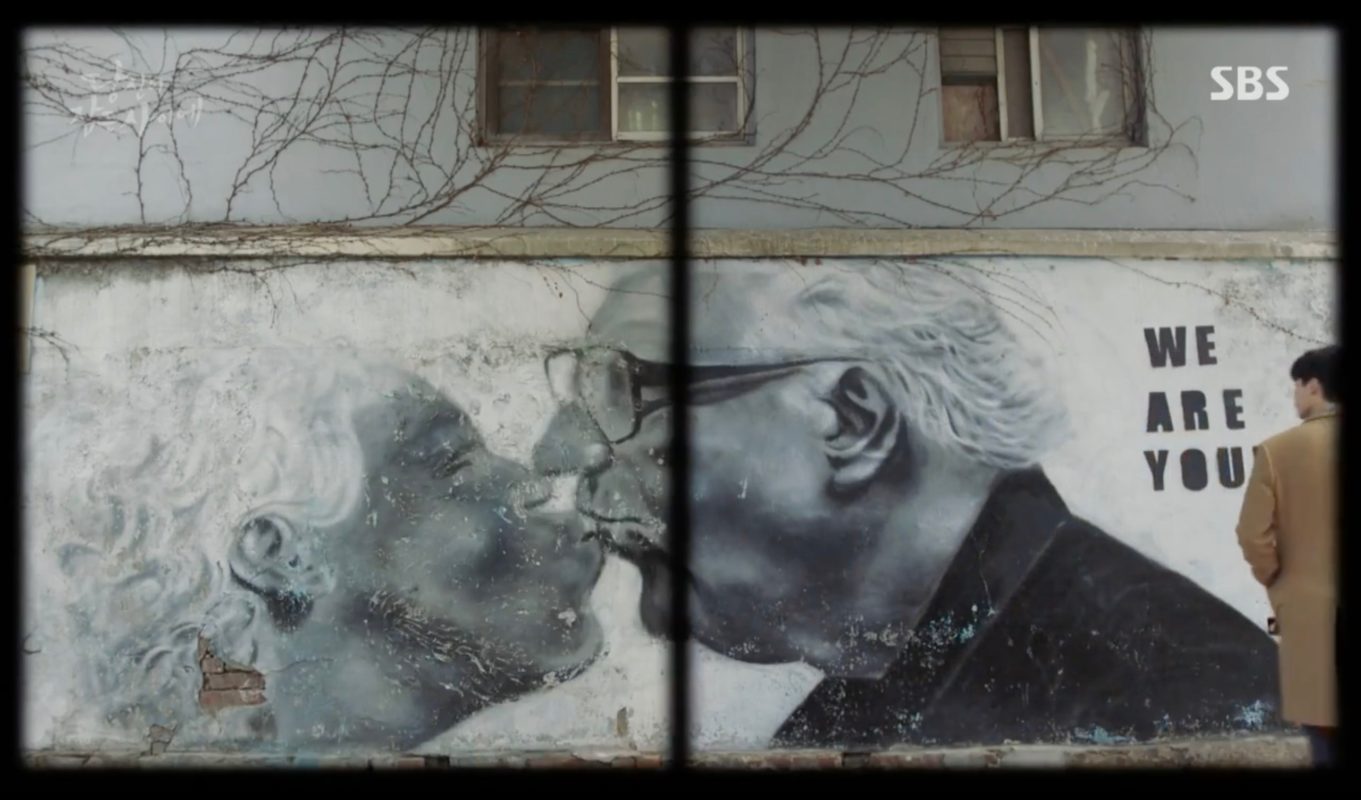 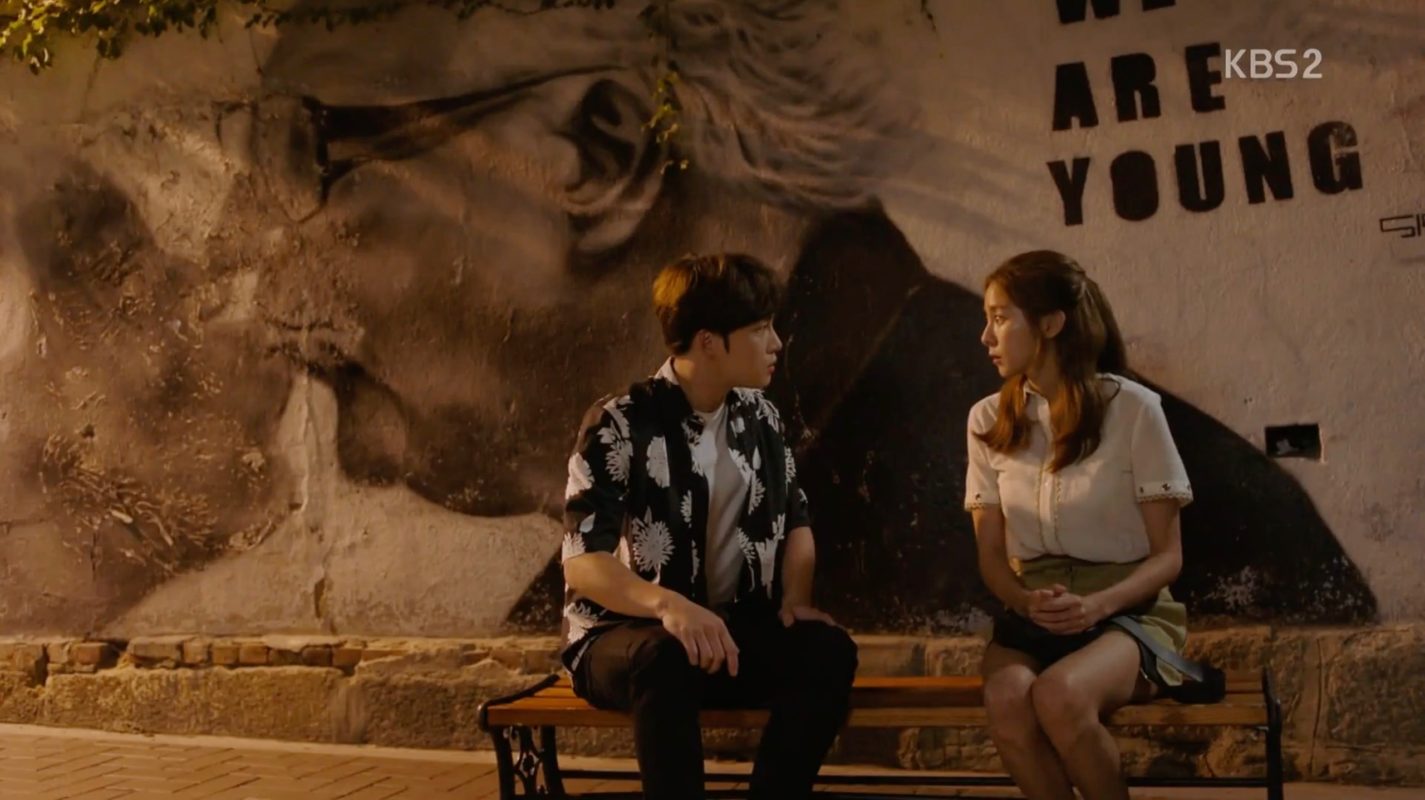 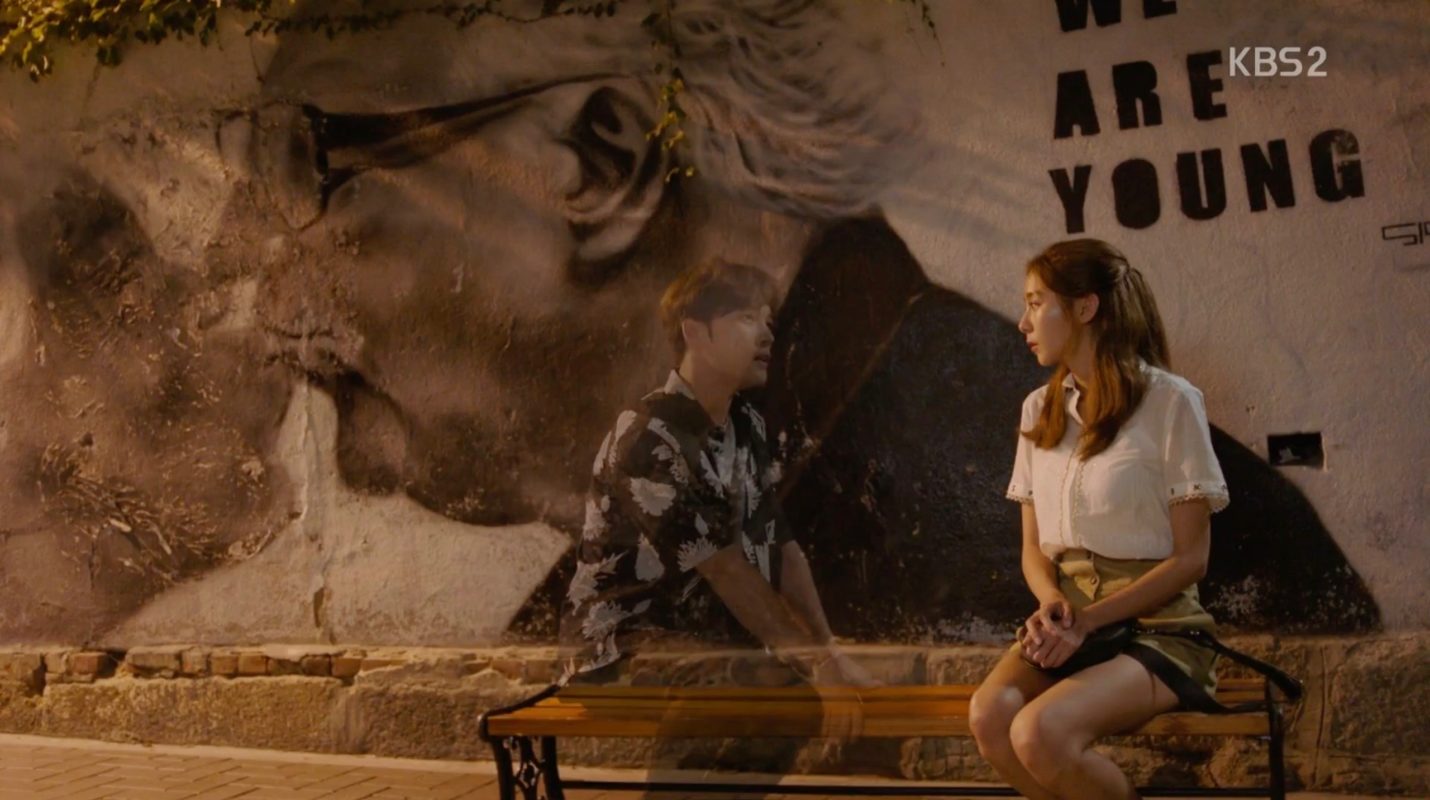 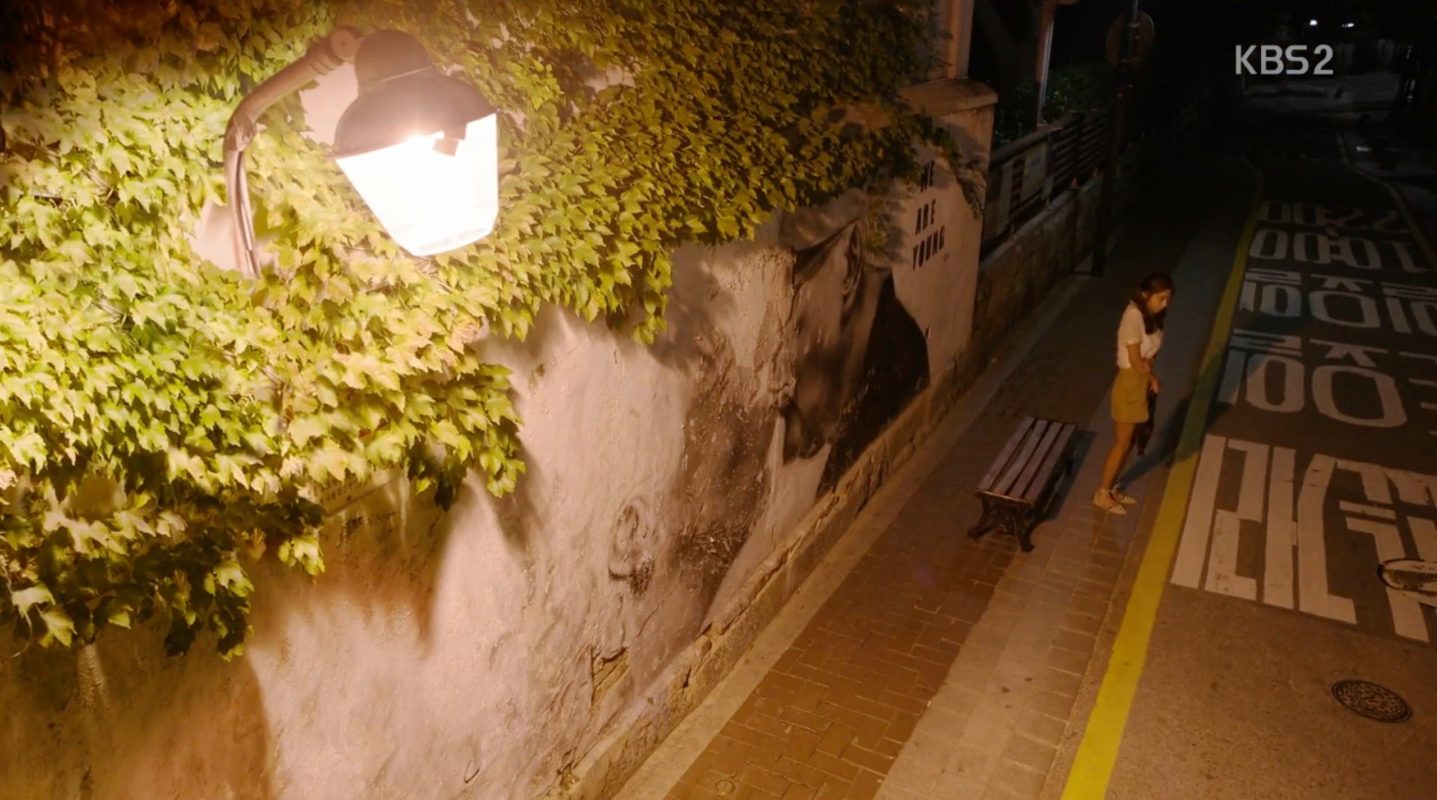 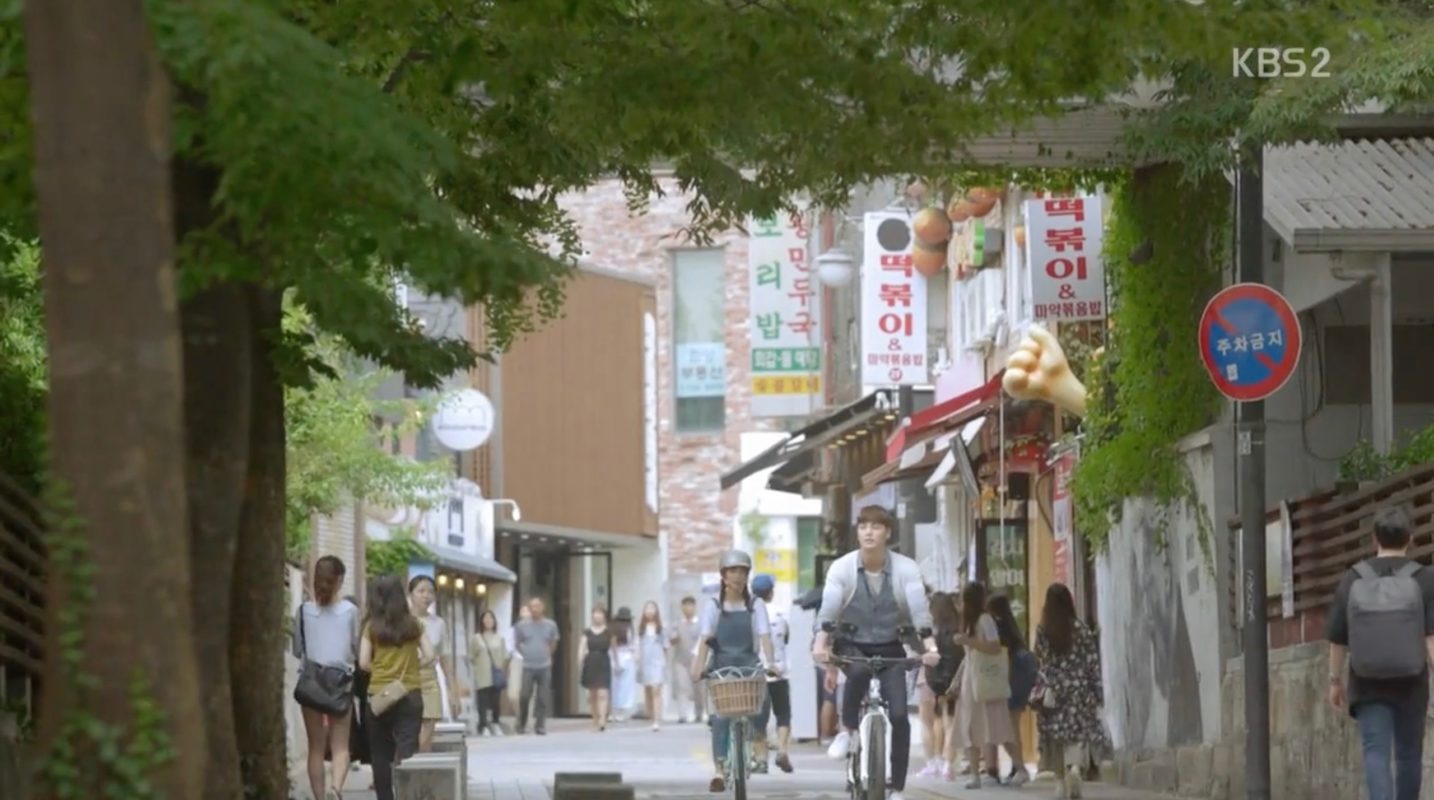 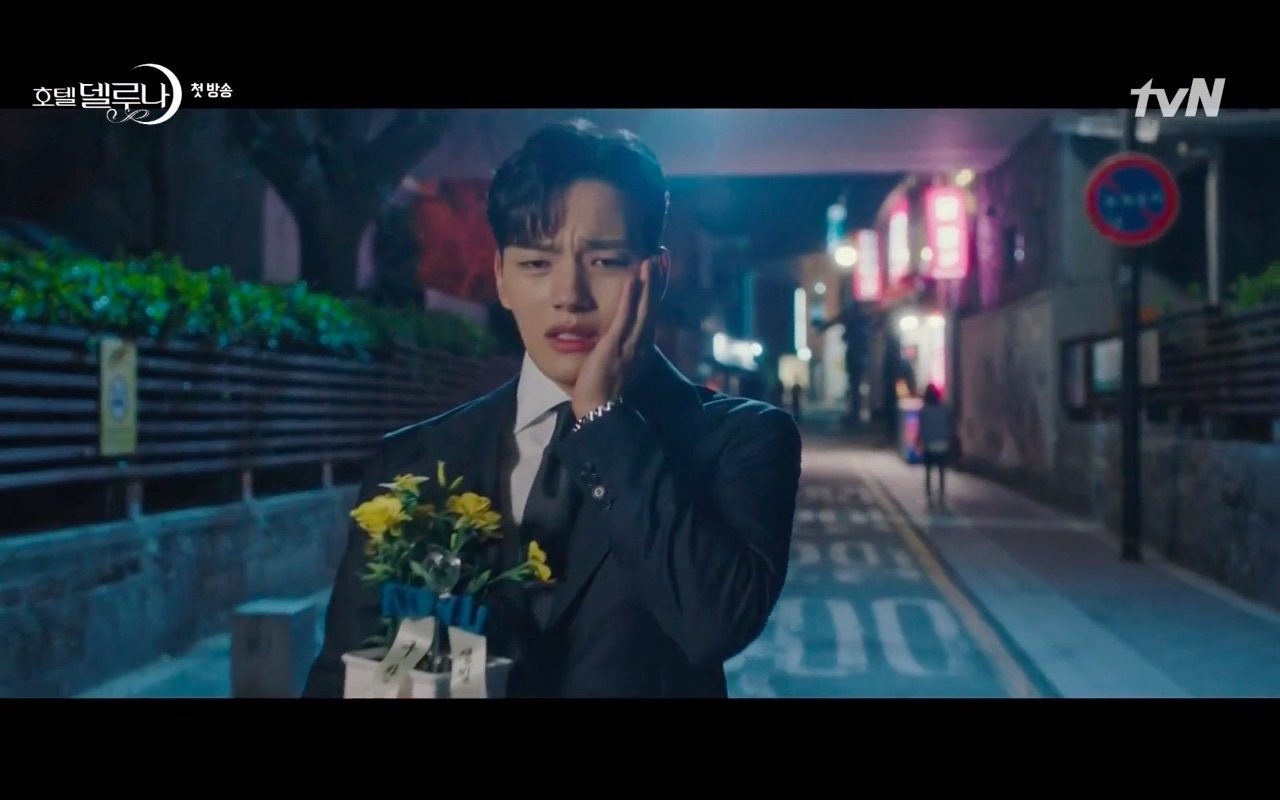 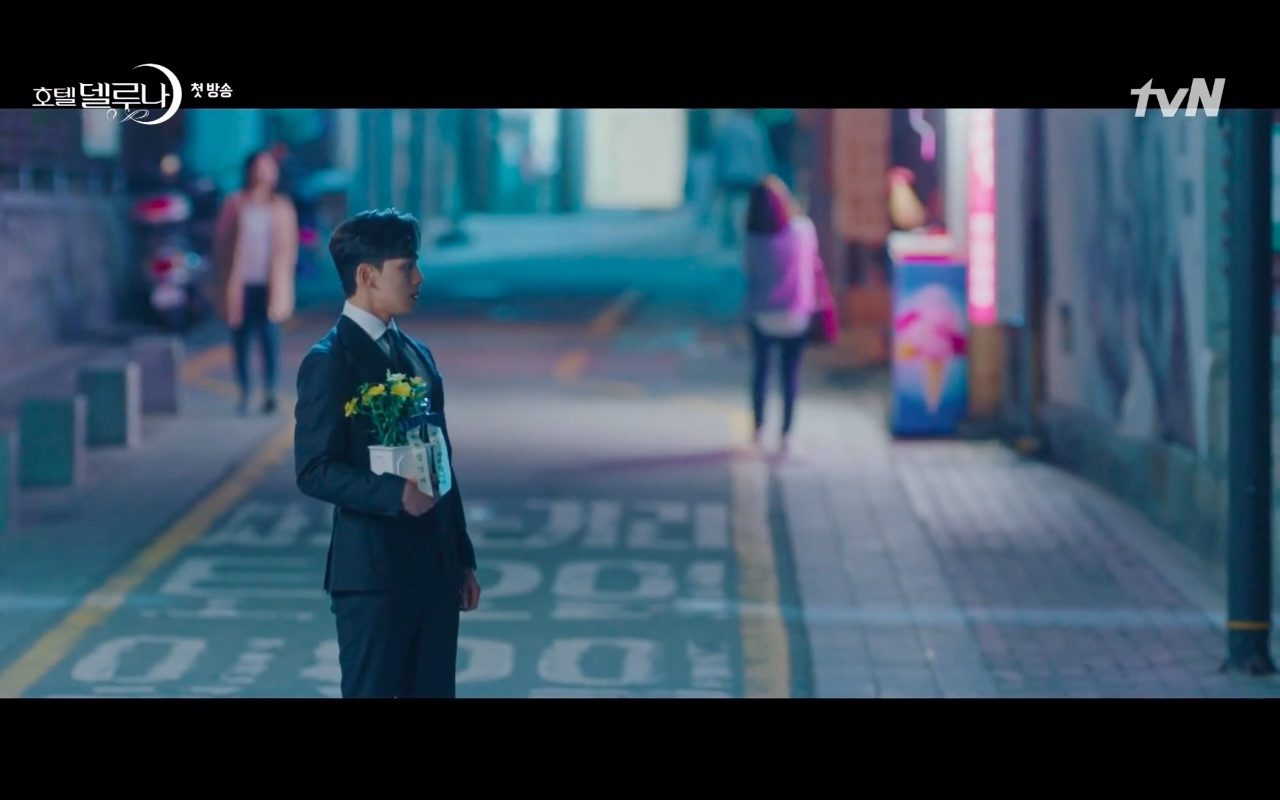 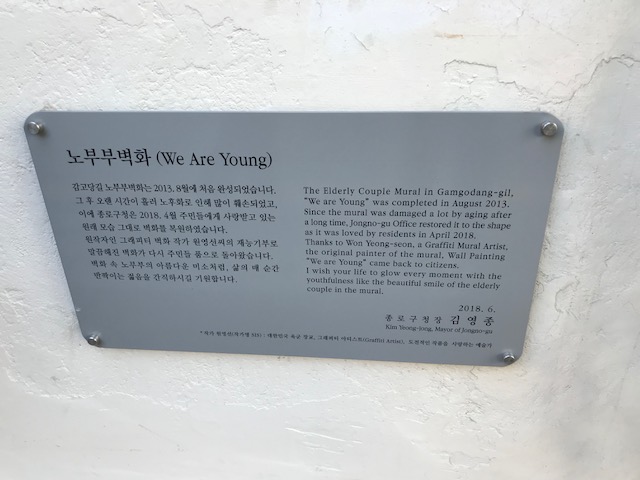 This mural can be seen in the background as Goo Chan-sung (Yeo Jin-goo) walks along the street in episode 1 of Hotel Del Luna (호텔 델루나) (tvN, 2019).

Bong-pil (Kim Jae-Joong) and Kang Soo-jin (Uee) sit down in front of this mural in episode 7 of Manhole (맨홀-이상한 나라의 필) (KBS2, 2017). She confesses her love. But before he can also tell her that he loves her, he fades away and she stays behind frustrated.

We Are Young Mural [벽화 재능기부 벽화] is a street art mural located on Yolgok-ro 3-gil [율곡로3길], in Seoul’s neighborhood of neighborhood Anguk [Anguk-dong/안국동] —administered by the neighborhood Samcheong [Samcheong-dong/삼청동]—, in the Jongno District [Jongno-gu]. It is situated just underneath a little overhead bridge so it’s impossible to pass by it. The mural was done by Won Yeong-seon (원영선) in August 2013 (thanks q!) who wrote graffiti under the name SIS since 2009. The inspiration for the mural came to Won when walking “along Gamdang-gil in 2013 when he was a sophomore at university,” listening to the song “We Are Young” by North American band Fun and thinking about his grandparents who cherished and cared for each other. In April 2018, Won restored by order of the Jongno District Office who was at that moment a lieutenant at the front-line unit in Paju. Jongno District Office found Won through searching for the painter of the mural through social media.