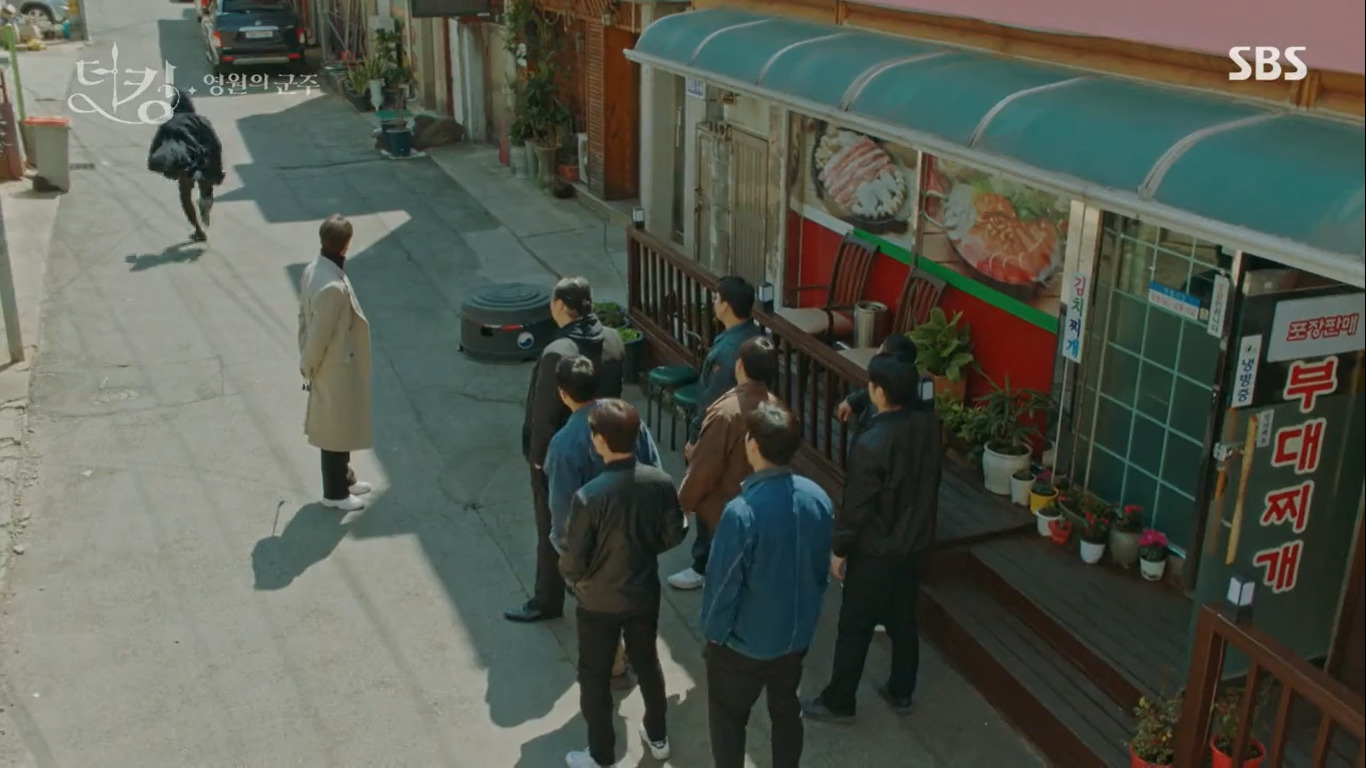 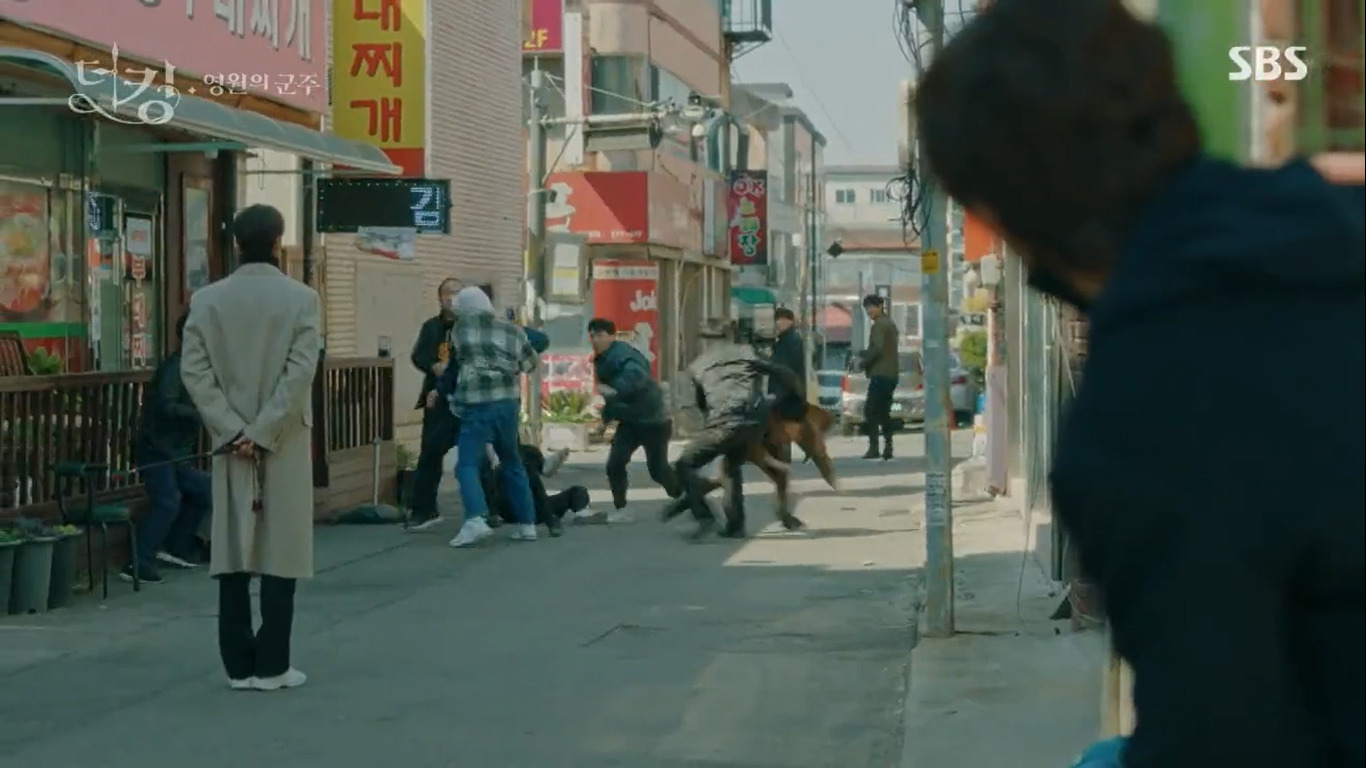 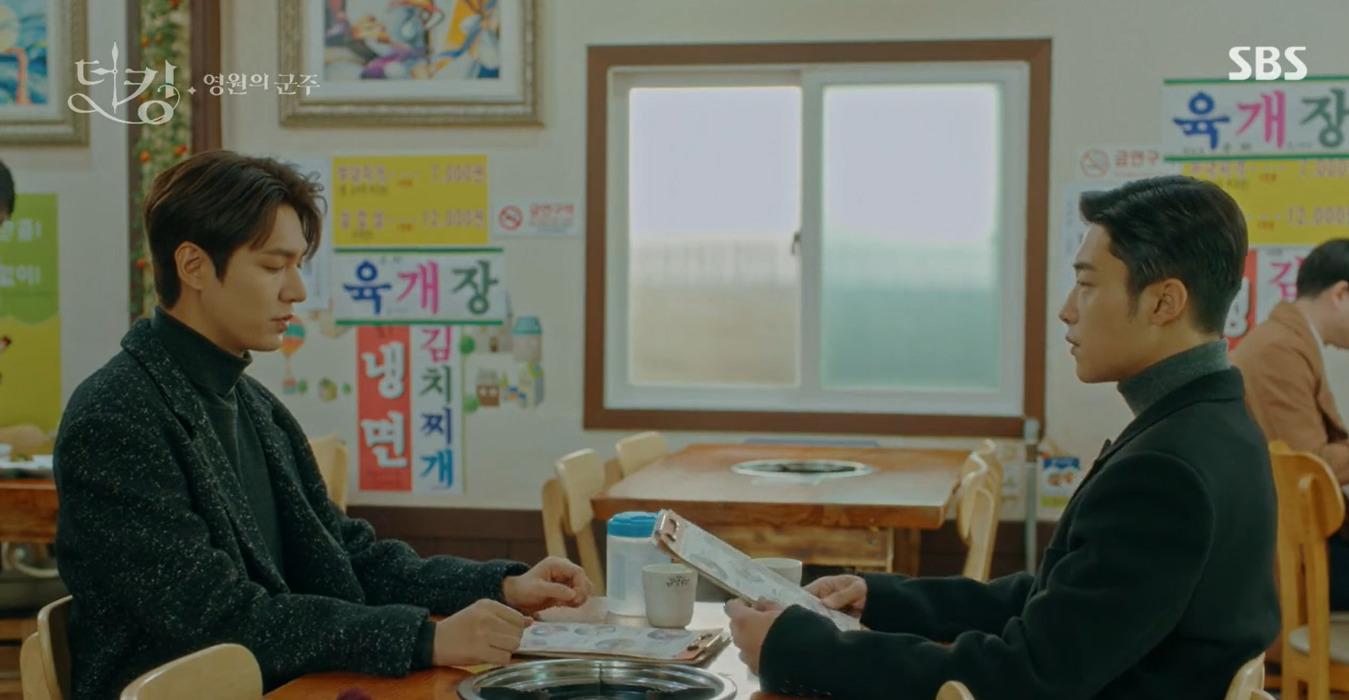 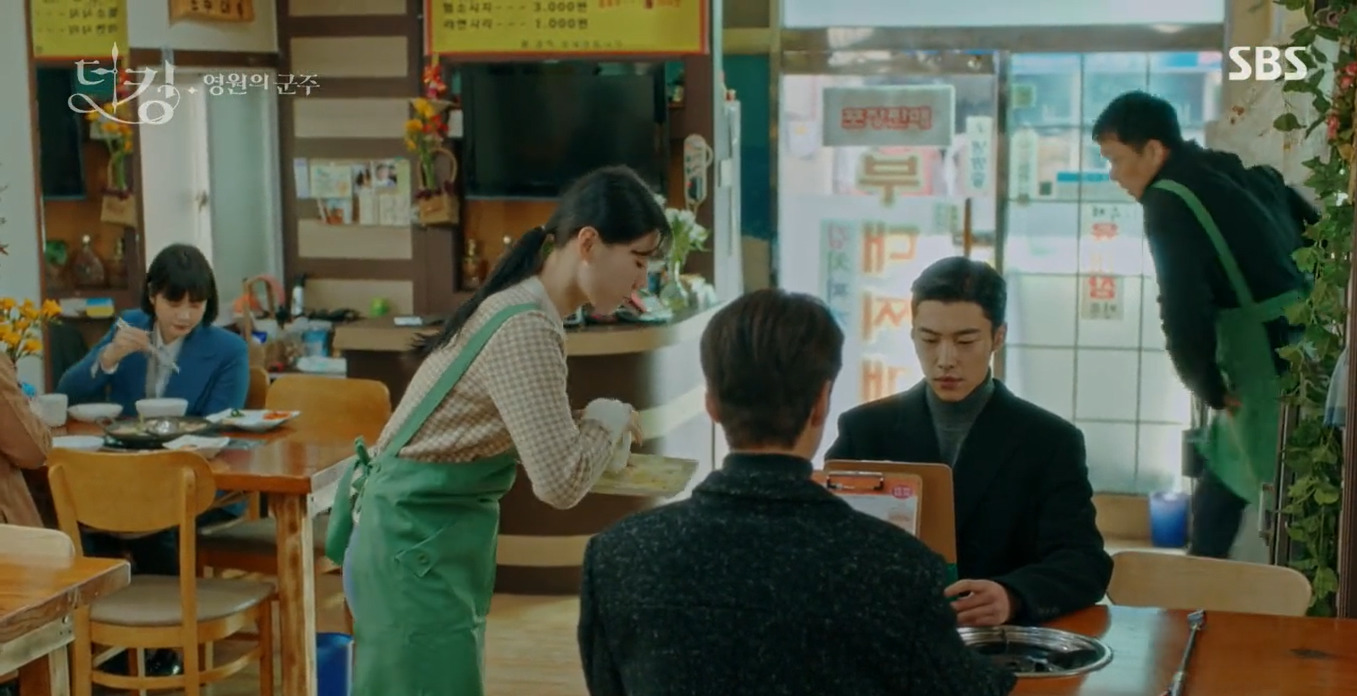 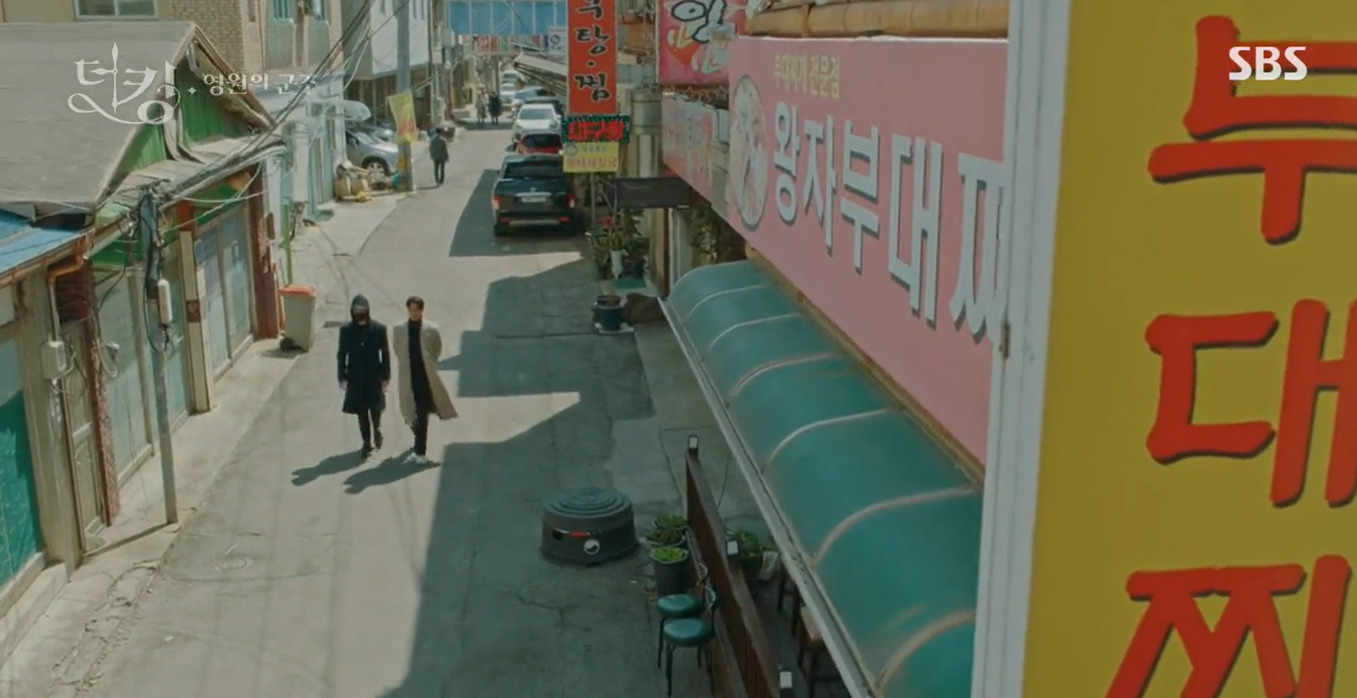 Since arriving in the Republic of Korea, King Lee Gon (Lee Min-ho) hears a lot about budaejjigae (army stew) and in episode 8 of The King: Eternal Monarch (더킹:영원의 군주) (SBS, 2020), he and bodyguard Jo Yeong (Woo Do-hwan) go to this restaurant for lunch. Unfortunately they meet a local gang exiting the restaurant, whom Gon had whipped in a previous fight, so he was happy for Yeong to take over. “Don’t kill them,” he tells Yeong, but it’s not Yeong – it’s counterpart Eun-sup! Luckily the real Yeong arrives and saves the day. Later in the episode they attempt to eat again, but fate steps in when the King is recognised by the owner, and they have to leave without tasting the delicious hotpot.

This restaurant also appeared in a popular South Korean crime movie The King (Deo king/더 킹) (2017) starring Jo In-sung and Jung Woo-sung, where the scenes included a fight scene outside, and eating a meal inside the premises. Sounds familiar?

Budaejjigae is a Korean fusion stew that incorporates American style processed food such as spam, sausages, canned baked beans and sliced cheese with traditional Korean ingredients of tofu, mushrooms, kimchi, rice cakes, gochujang and ramen. The name comes from budae (부대/部隊) –meaning a military unit– and jjigae (찌개) — soup or stew. After the Korean War, food was very scarce and often scrounged or smuggled via black markets from the US military bases providing many Korean people with surplus processed foods who then produced the fusion food “Army Stew.” It is still popular almost 68 years later.