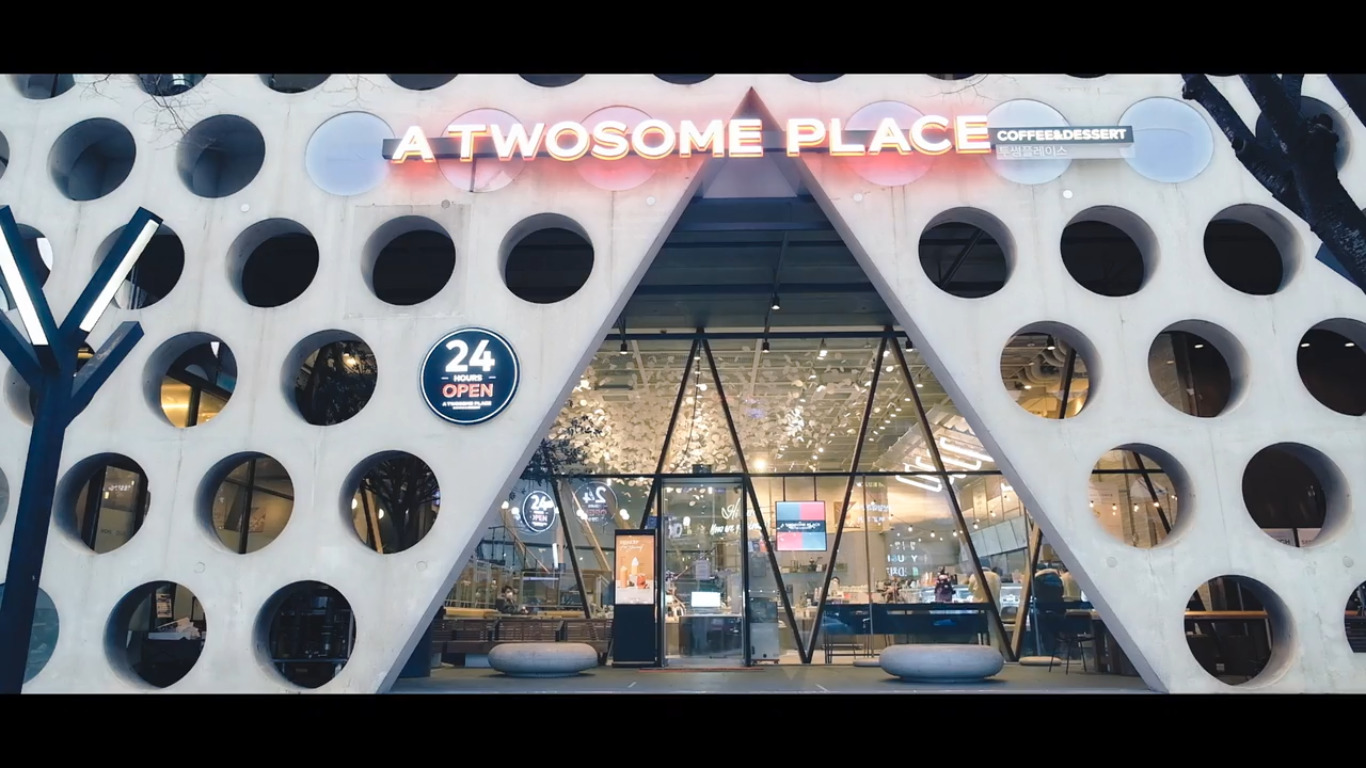 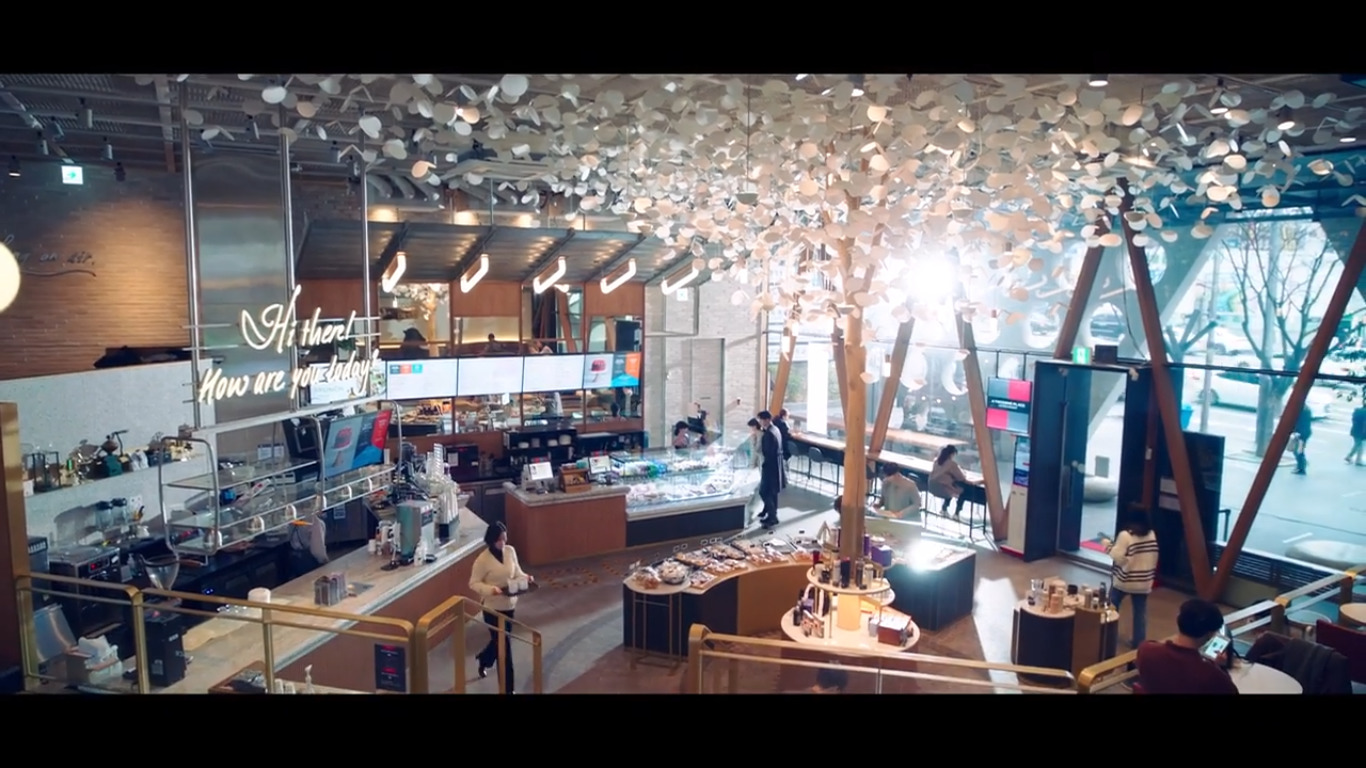 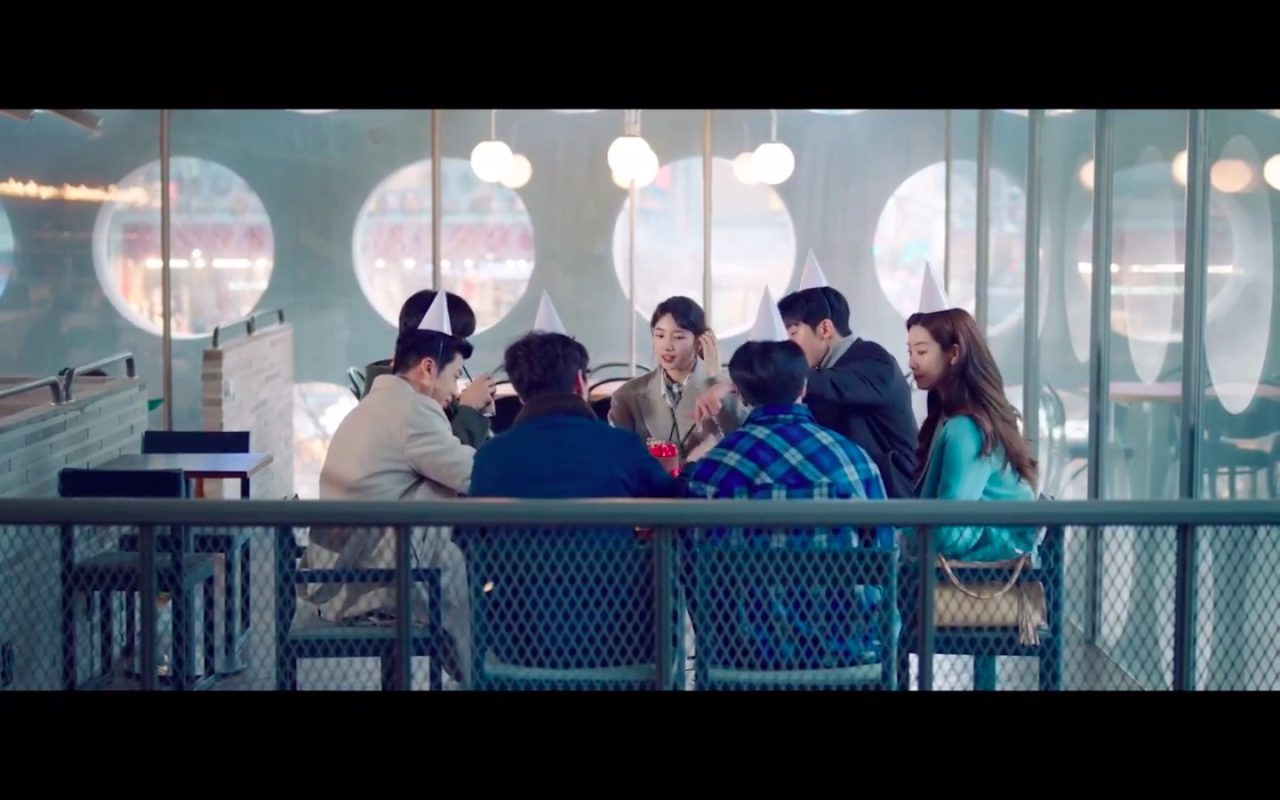 In final episode 16 of Start-Up (스타트업) (tvN/Netflix, 2020), Seo Dal-mi (Bae Suzy) and Nam Do-san (Nam Joo-hyuk) take their team out after being chosen as one of the five companies to bid for the Seonju Smart City’s self-driving car platform. They go to this up-market café to celebrate, wearing party hats and eating the café’s featured range of Winter Fantasy cakes. There are lots of interactions going on between the secret couples, and reminders of stupid promises made and actions to be taken, if they actually win the final contract.

Urban Hive [어반하이브] is a building designed by architect Kim In-Cheurl, and built by ARCHIUM in 2008. It derives its name from the honeycomb load-bearing facade that covers the entire 17-storey building. This design gives the building outer structural strength which allows for minimal supporting structures in the interior. In 2009, the Urban Hive was awarded the Grand Prize by the Seoul Architecture Awards.

In 2016, A Twosome Place opened this new concept ‘Roastery Cafe’ at Sinnonhyeon Station, the flagship “coffee culture space where you can experience and enjoy everything related to coffee”. Their website also boasts of the unique concept (for Sth Korea) of freshly roasted beans, premium desserts that go well with coffee and freshly baked goods. Customers are able to see the roasting process and various ways of making specialty coffees and cold brew. Coffee classes are available at this store. The second floor features study tables and a small library, however there is a two hour limit, which is unusual for Seoul cafes.