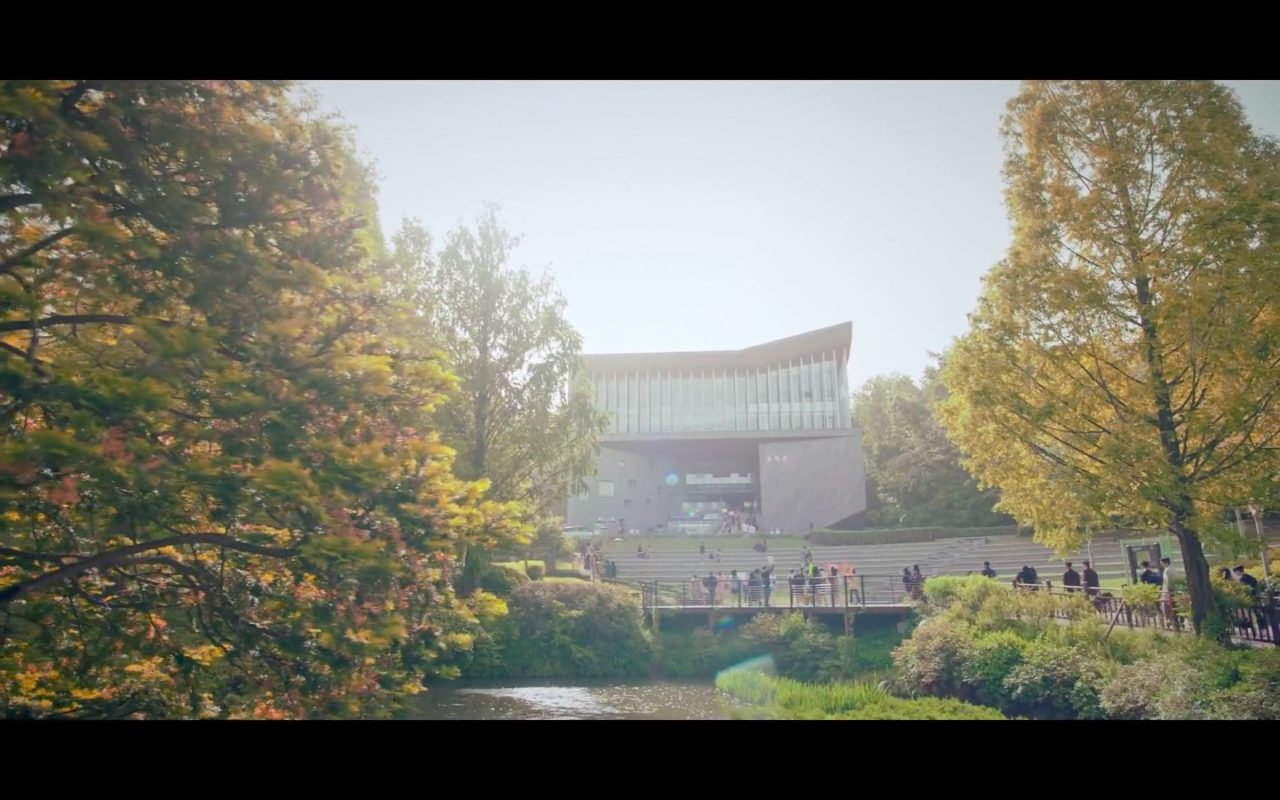 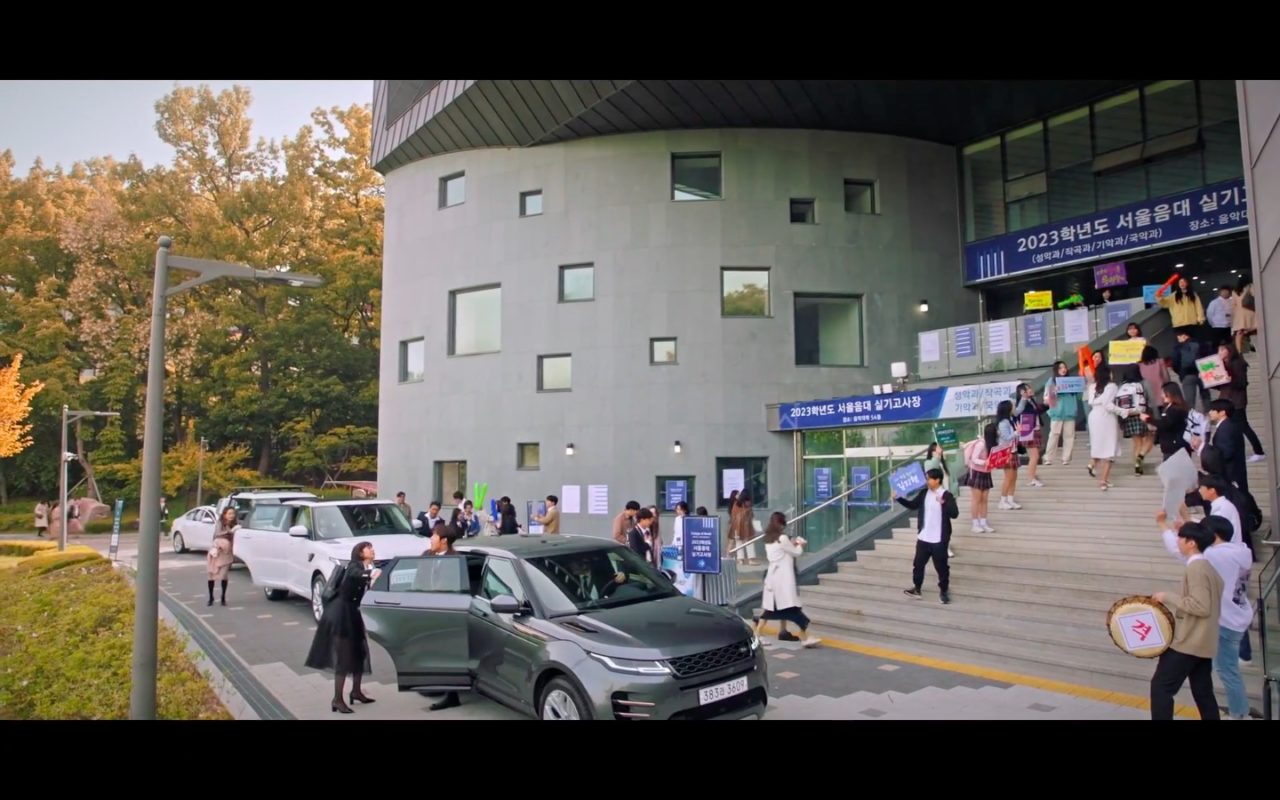 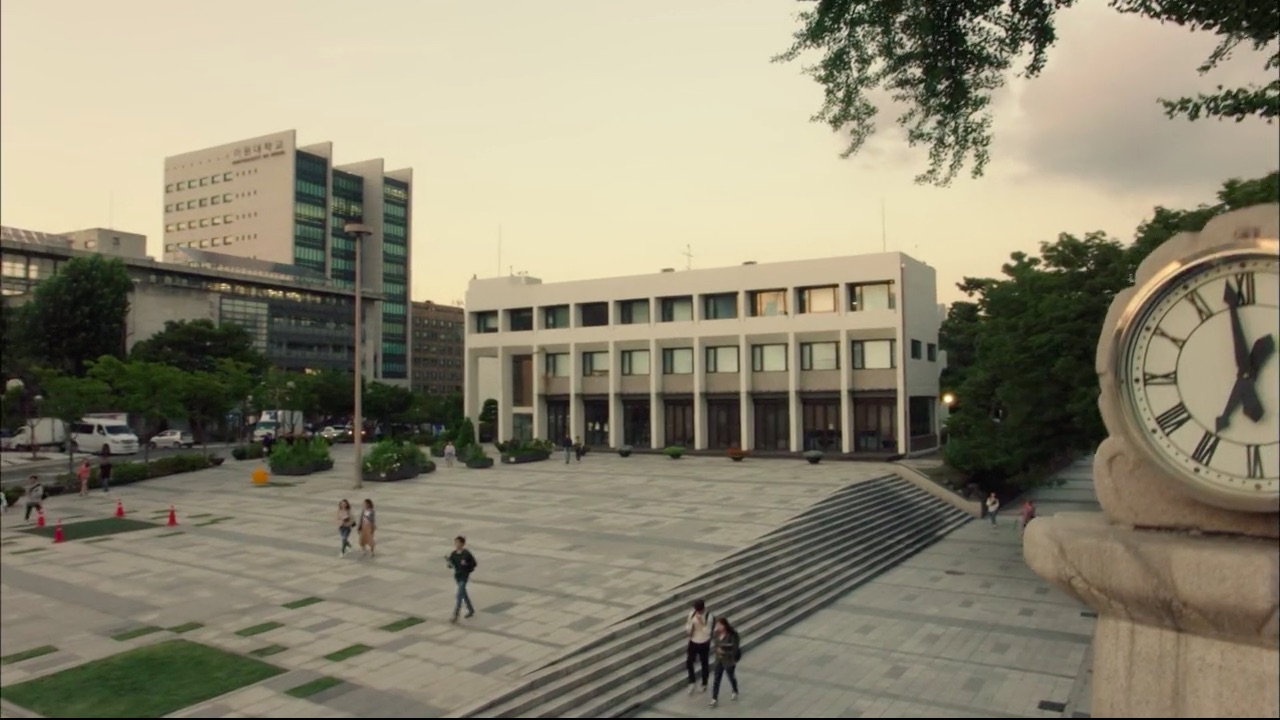 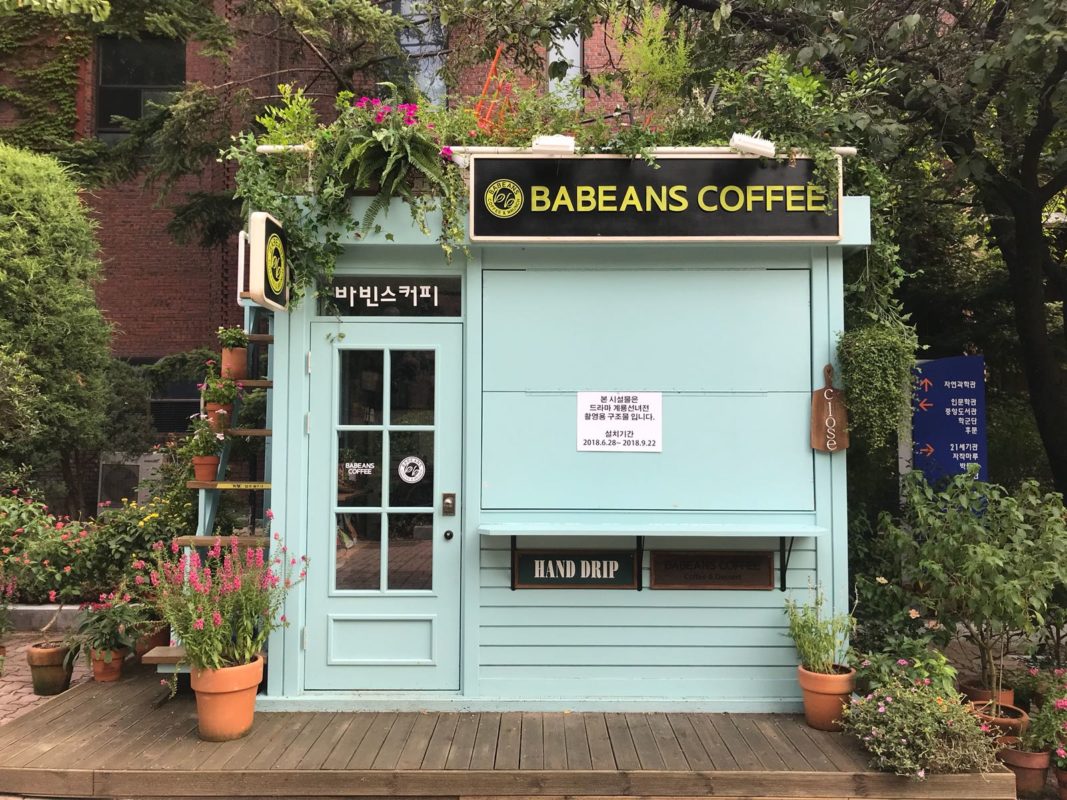 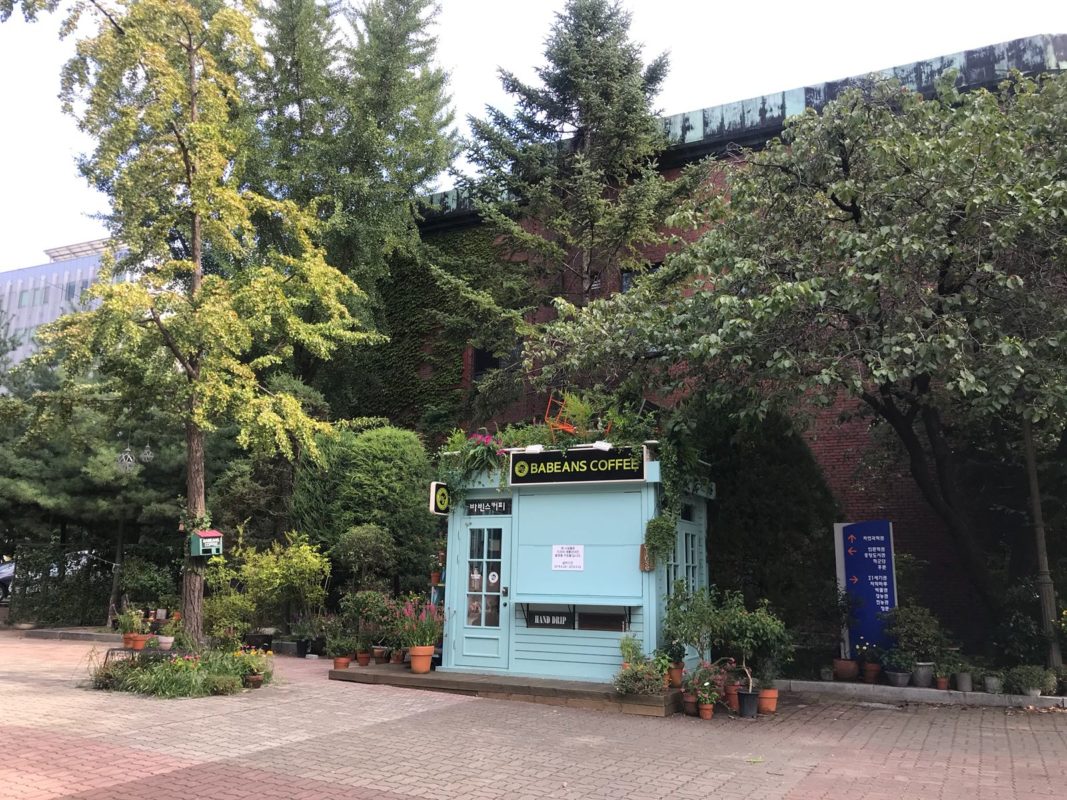 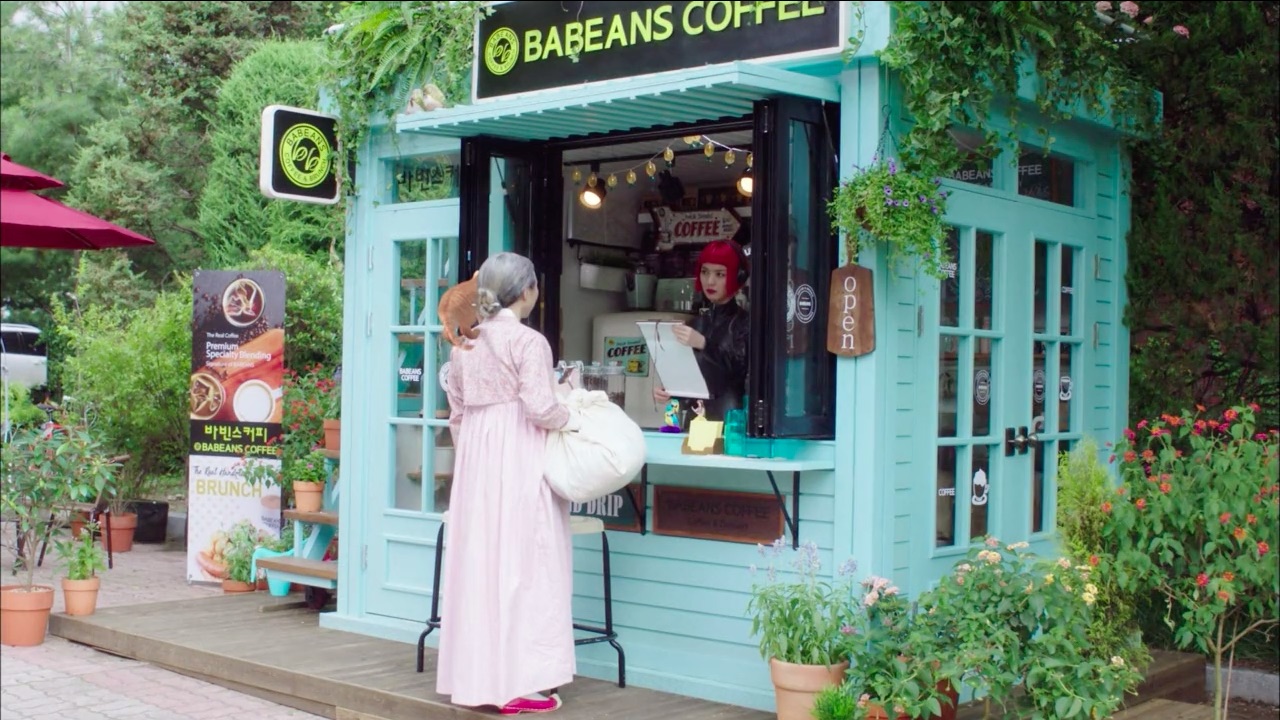 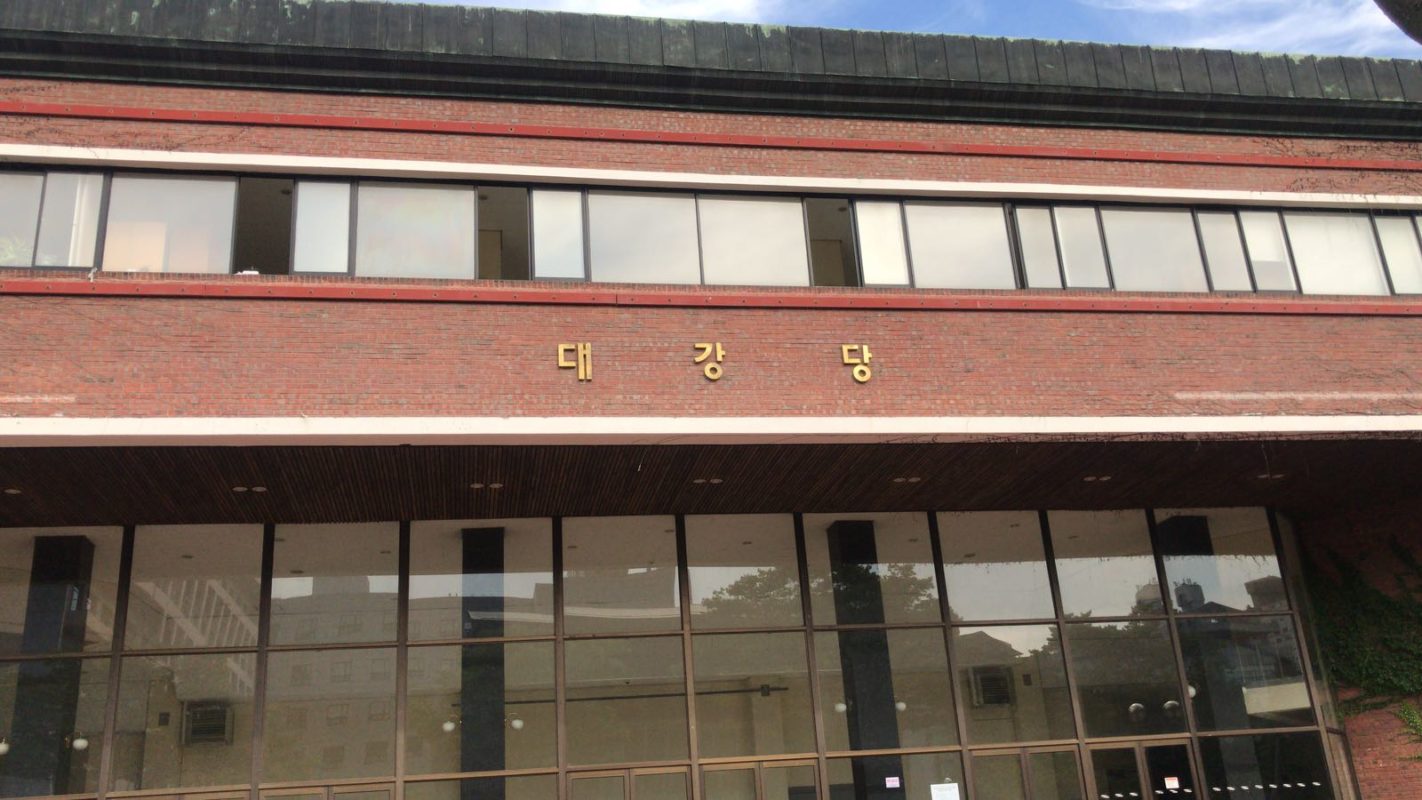 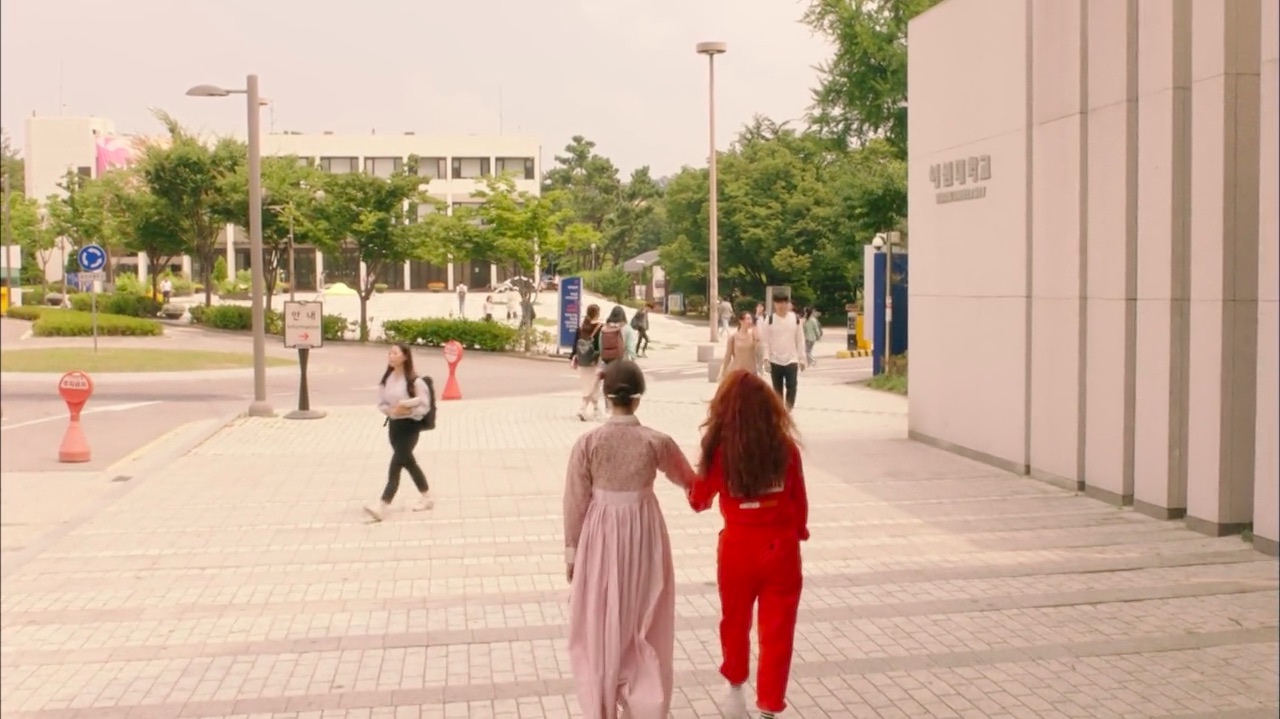 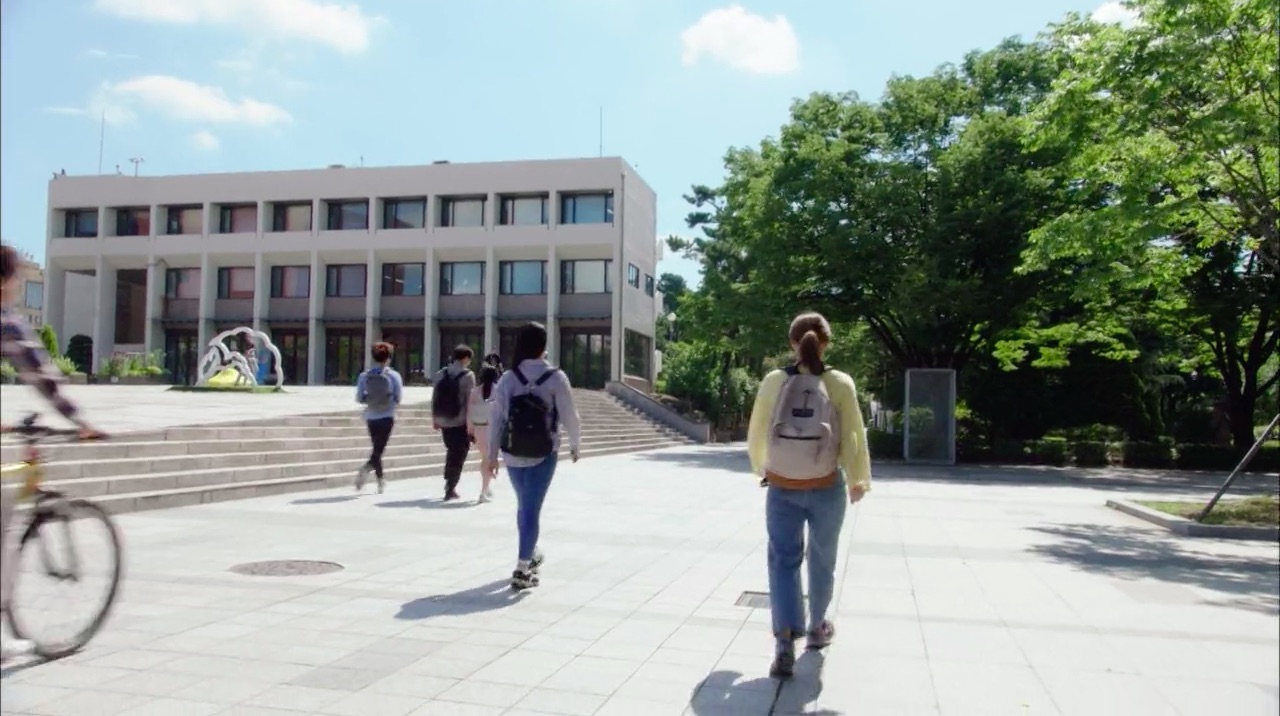 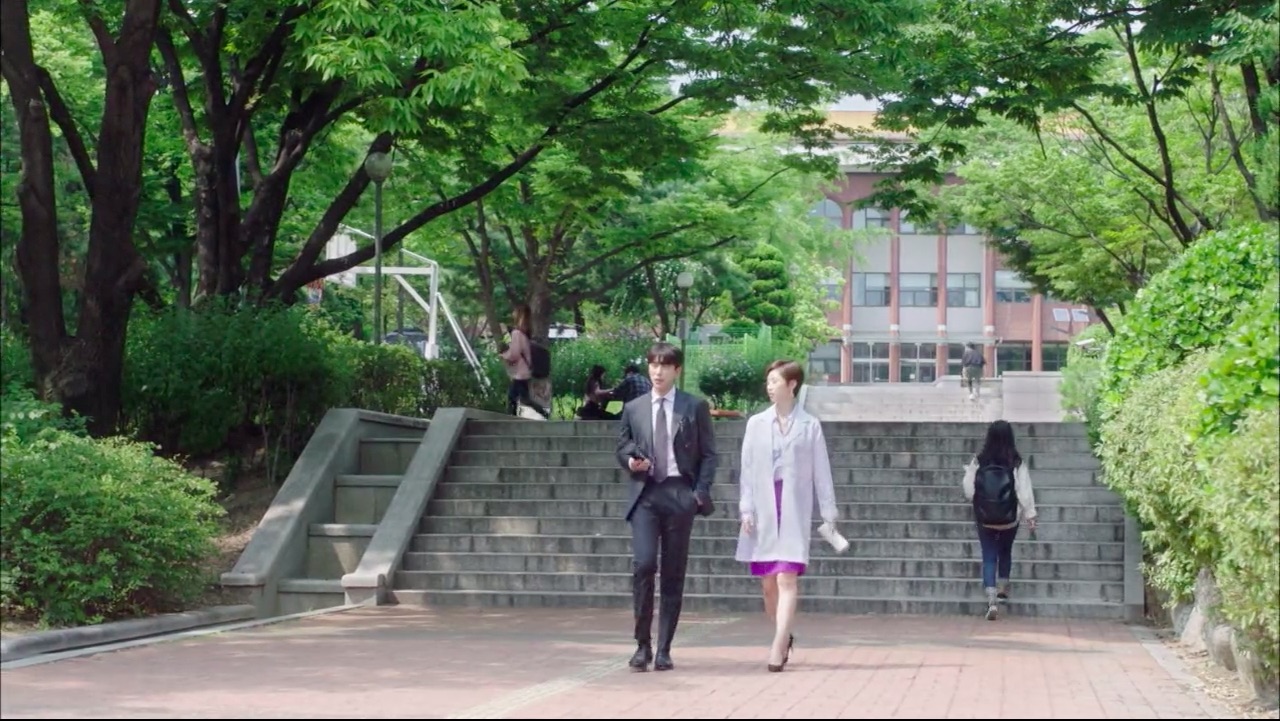 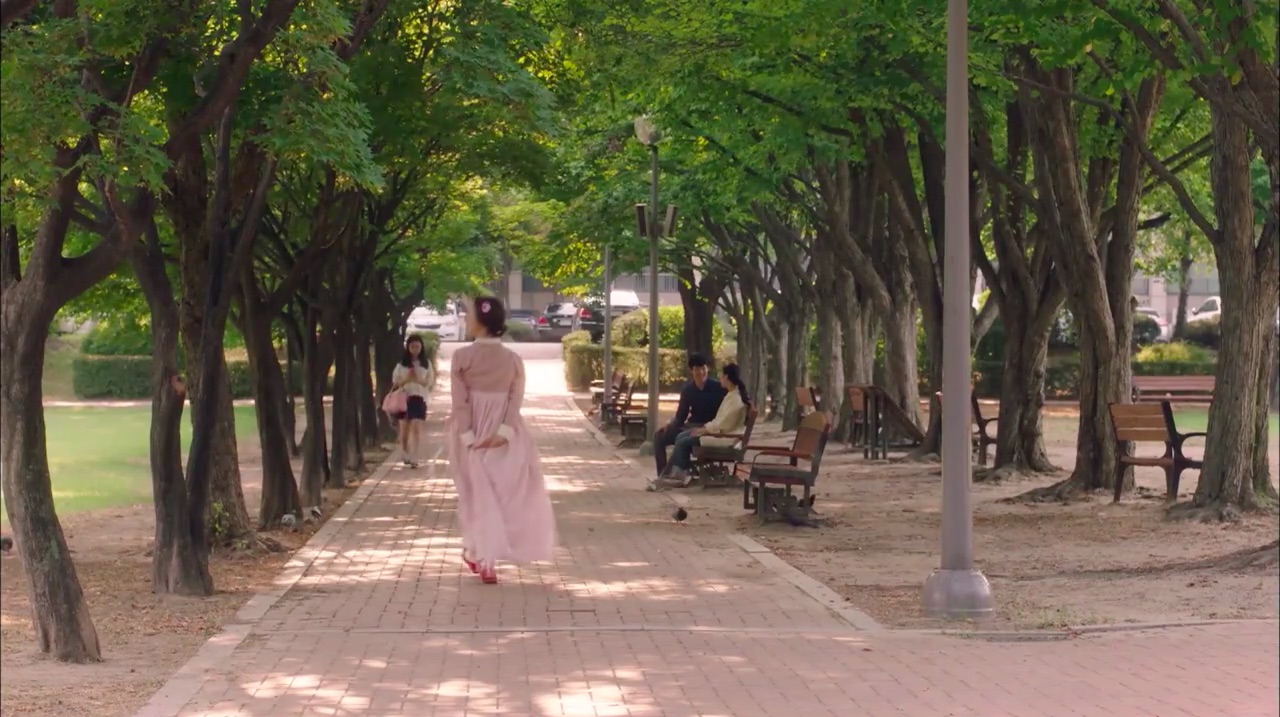 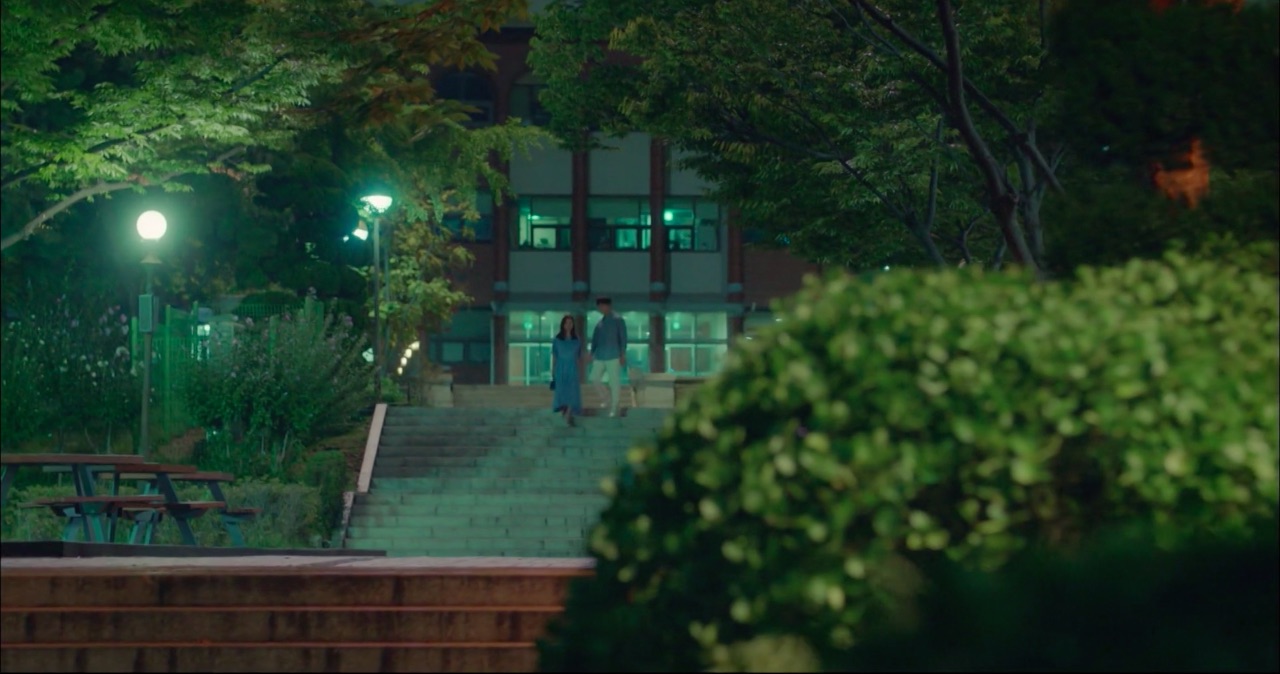 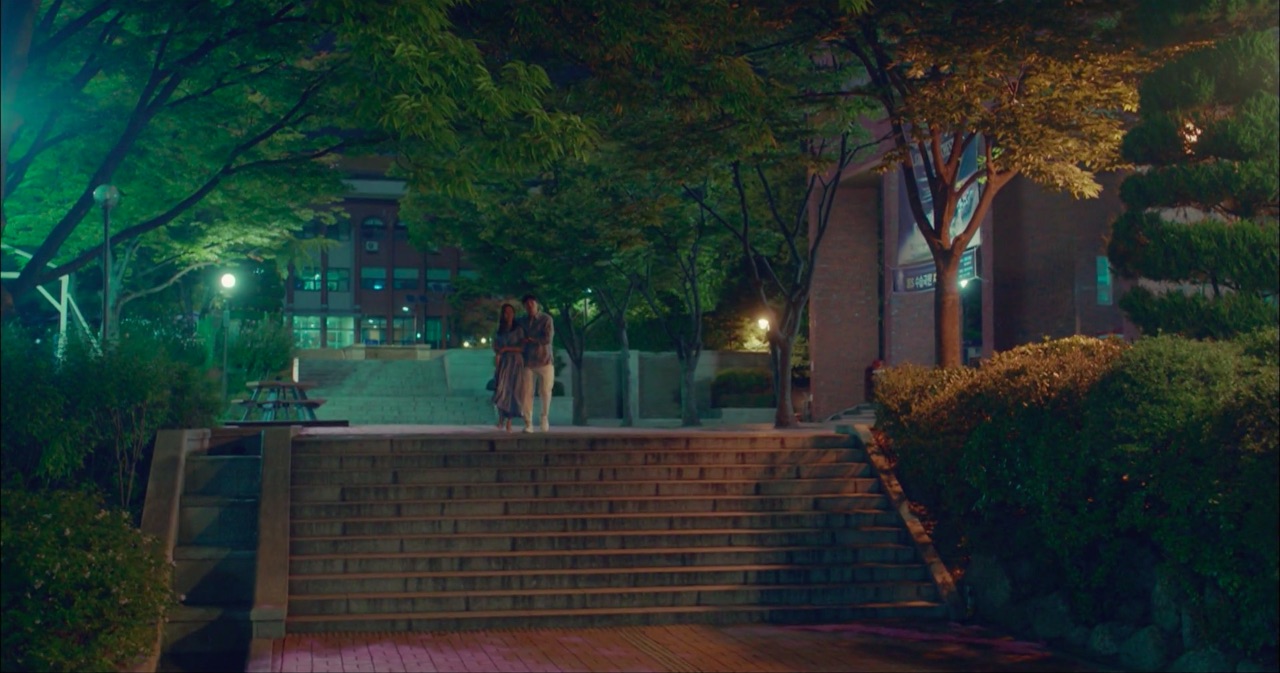 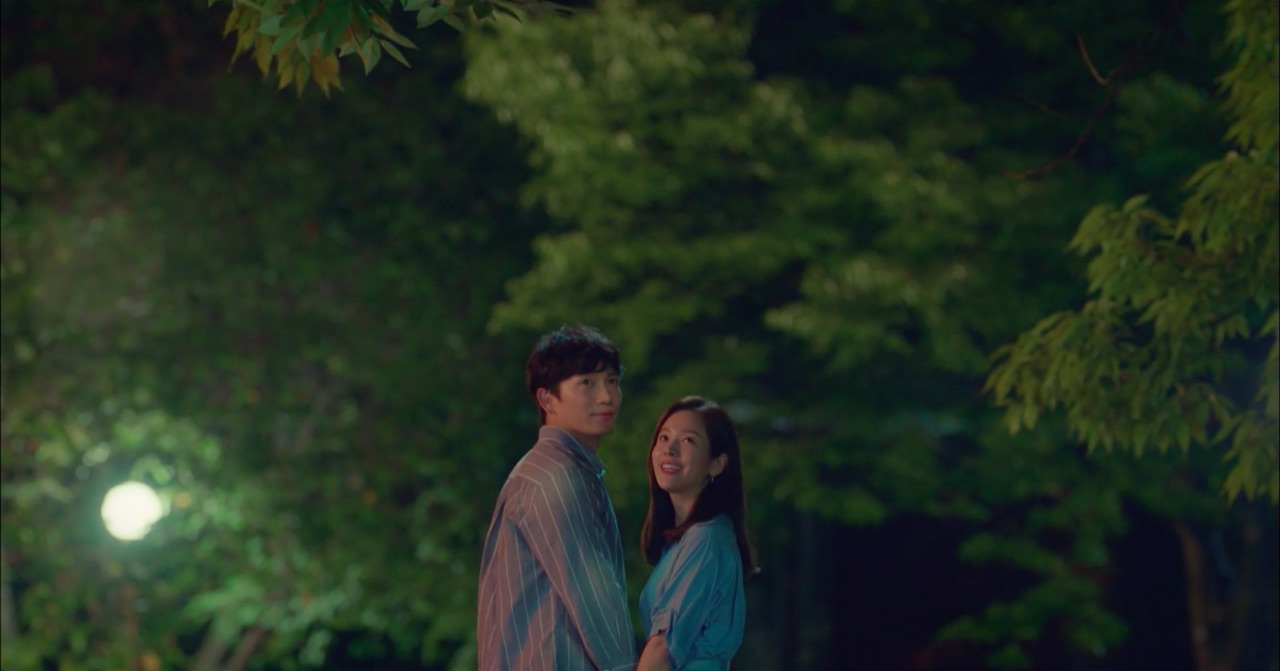 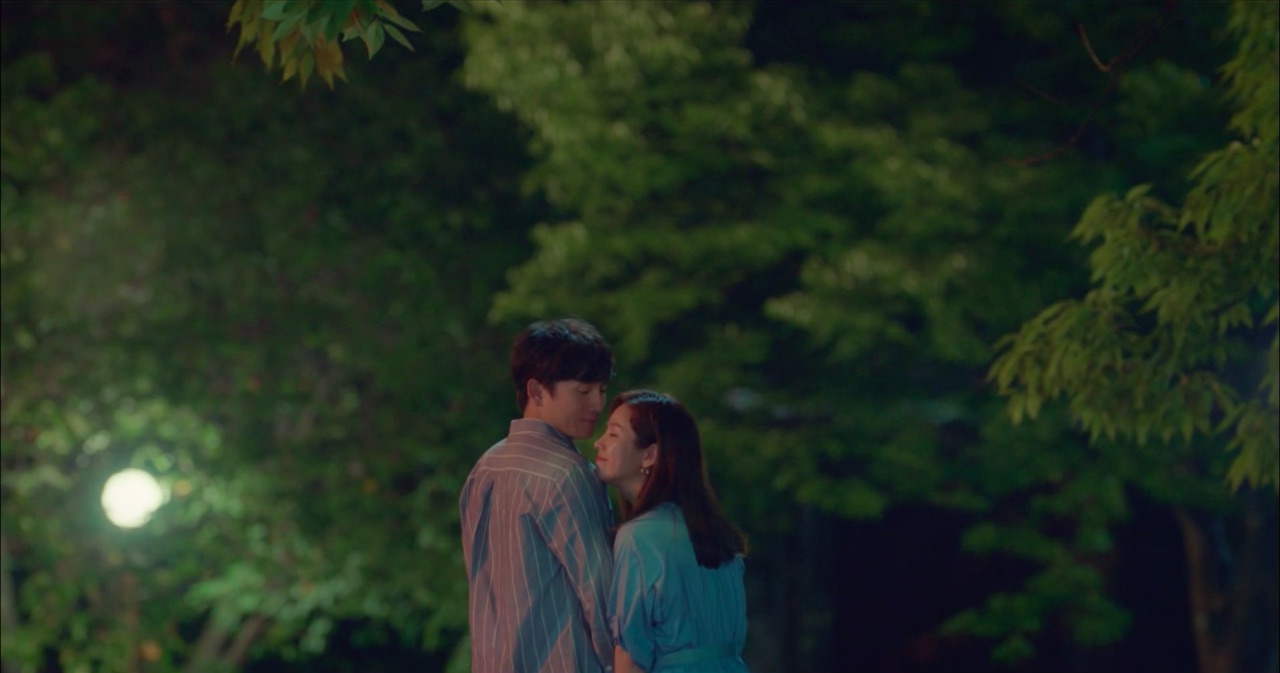 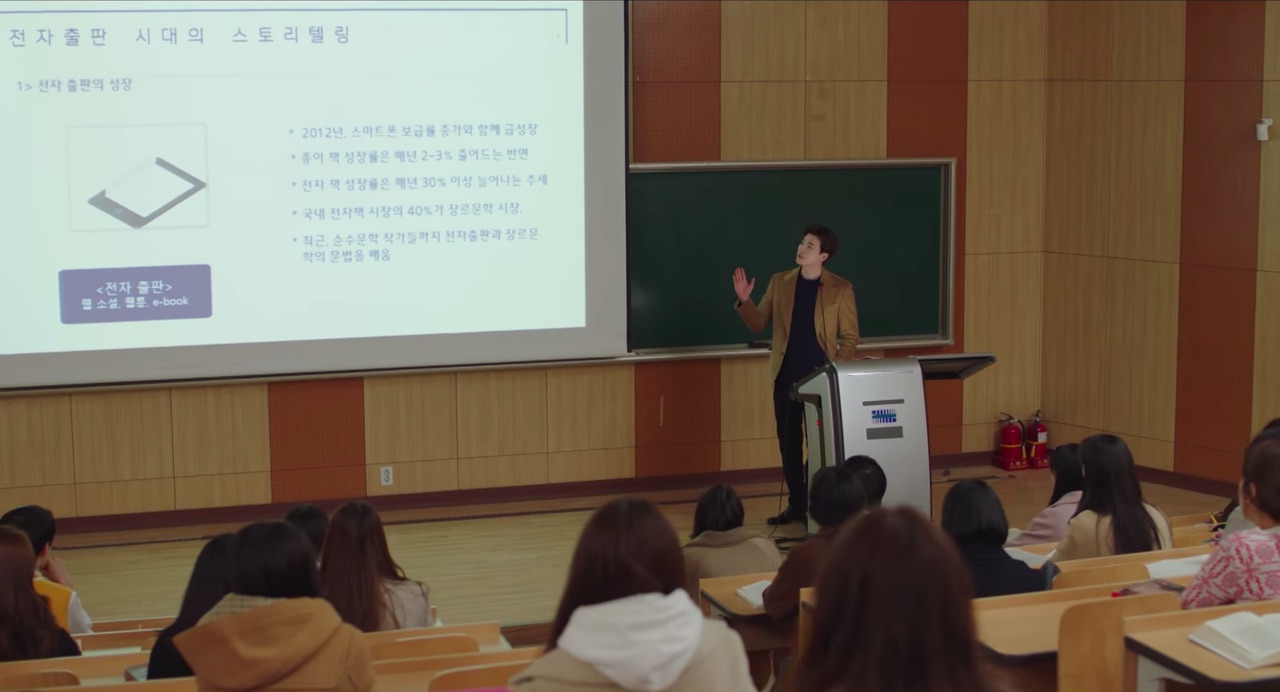 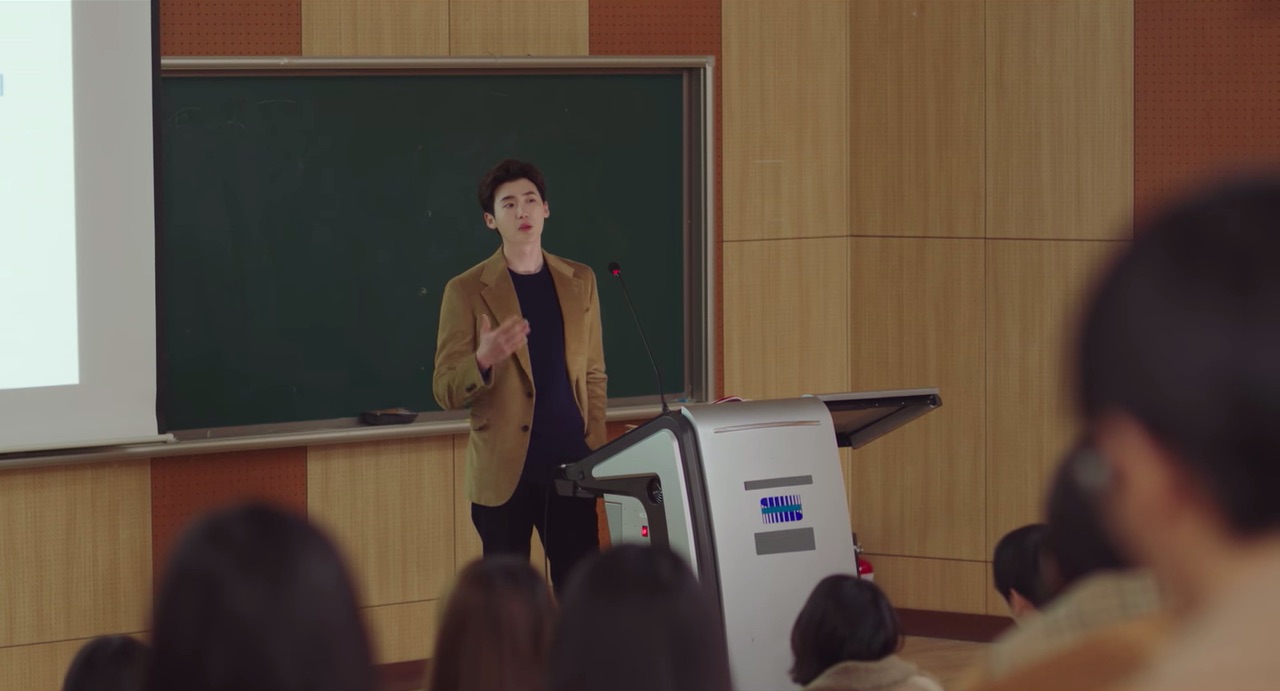 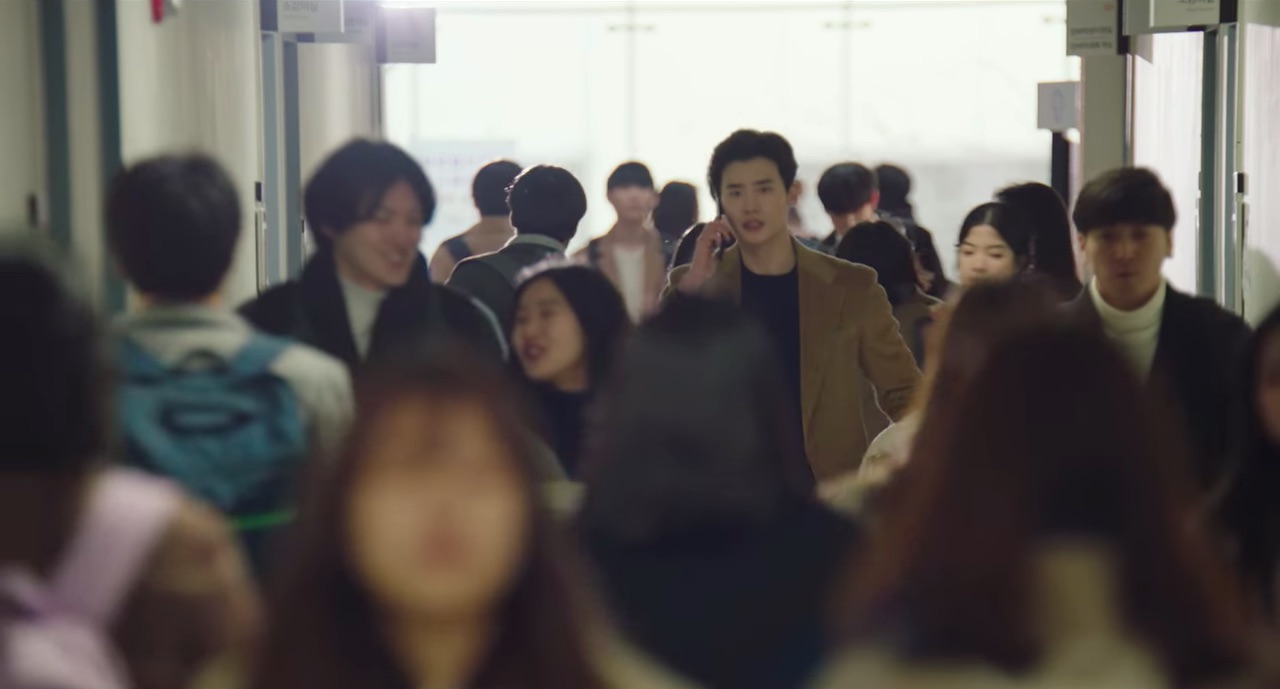 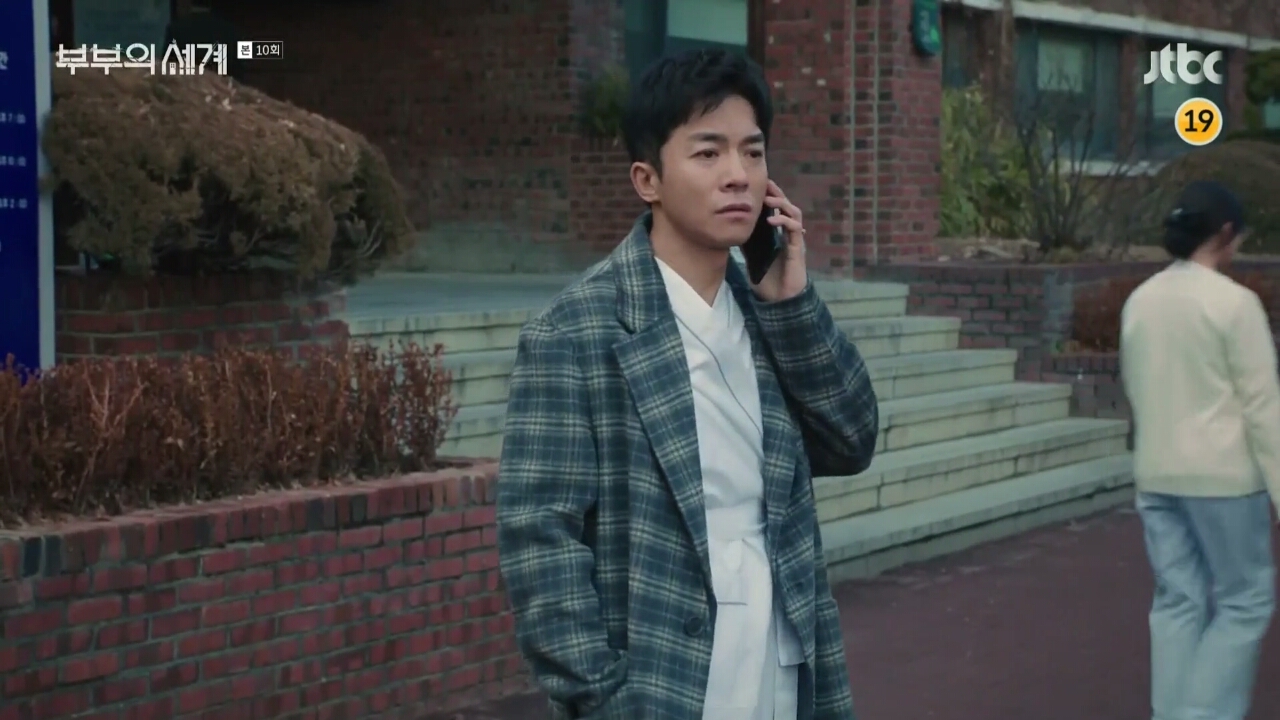 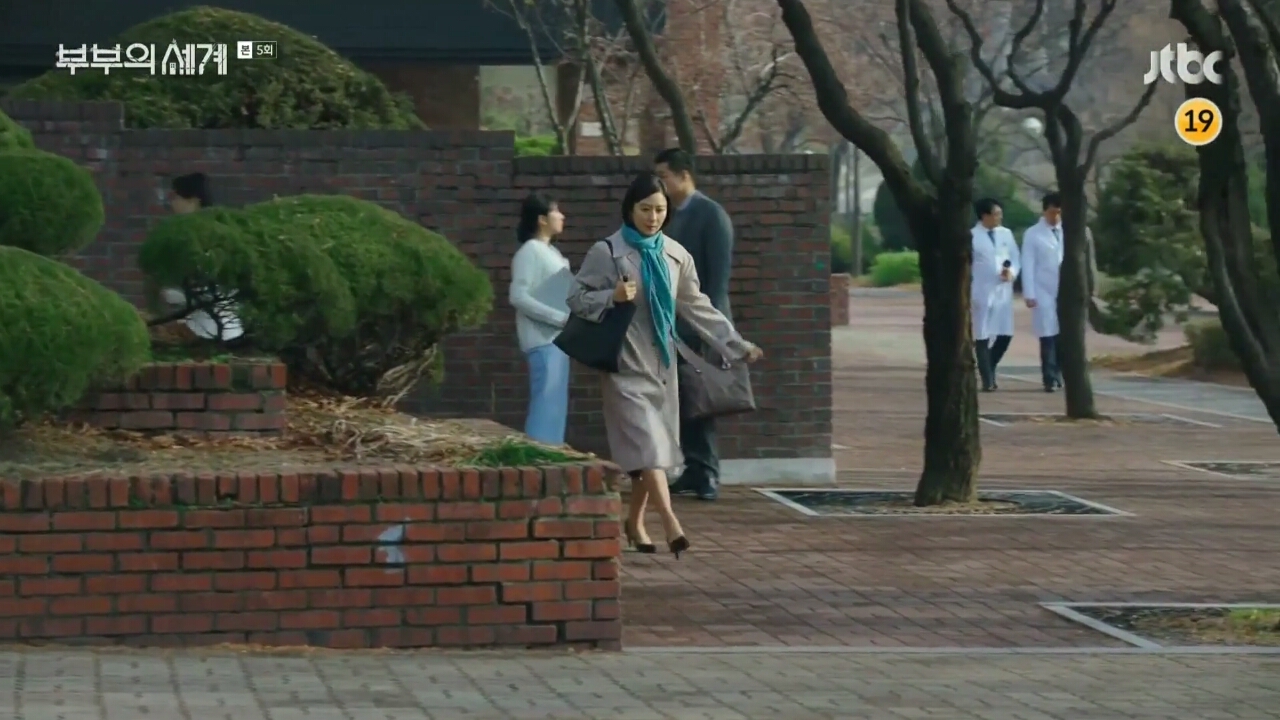 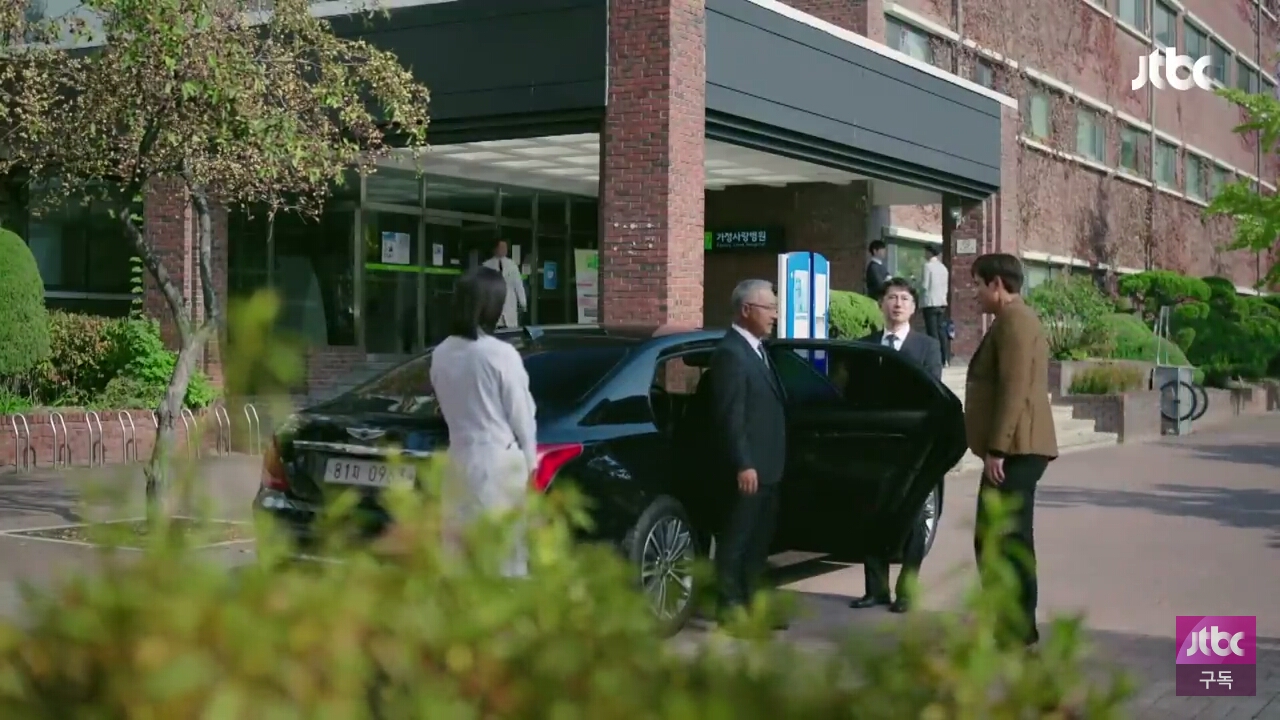 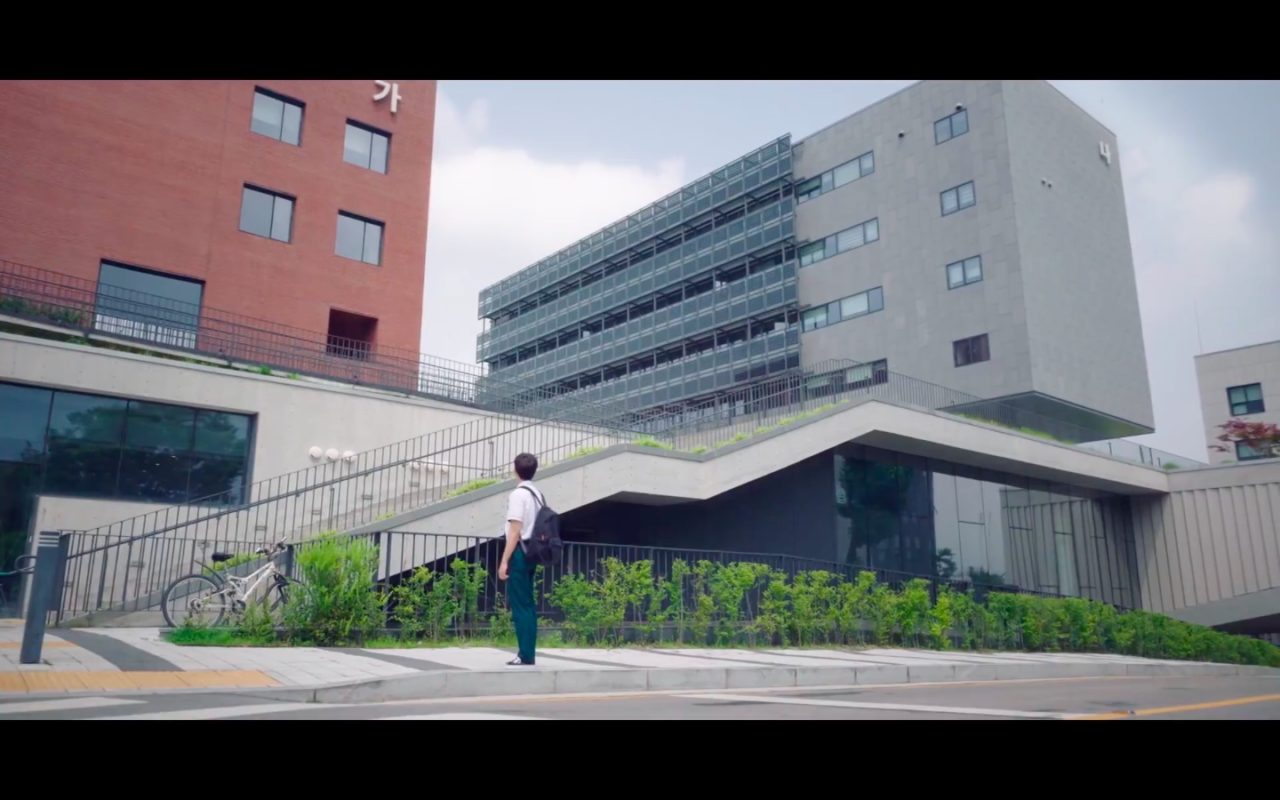 Baek Seung-yoo (Lee Do-hyun) is dropped off by his father Baek Min-sik (Kim Ho-jin) at this science-specialized high school to do a placement test in episode 2 of Melancholia (멜랑꼴리아) (tvN, 2021).

The exterior of Changgong Hall [창공관] appears as ‘Family Love Hospital’ where Ji Sun-woo (Kim Hee-ae) works as an associate director in The World of The Married/A World of Married Couple (부부의 세계) (JTBC, 2020).

This university appears as ‘Gwangjin University’ at which Oh Soo-a (Kwon Na-ra) takes her entrance exam at the Law Faculty Building [서울시립대학교 법학관] in episode 1 of Itaewon Class (이태원 클라쓰) (JTBC, 2020) while Park Sae-ro-yi (Park Seo-joon) waits for her outside.

Cha Eun-ho (Lee Jong-suk) comes here to give a lecture in episode 13 of Romance is a Bonus Book/Romance is a Supplement/How To Publish Love (로맨스는 별책부록) (tvN, 2019). During the lecture, he receives a text message from Song Hae-rin (Jung Eugene) telling him that Kang Dan-i (Lee Na-young) had resigned from the company.

This is the setting for Yiwon University, where Jung Yi-hyun (Yoon Hyun-min) teaches at and where the Babeans Coffee café that Sun Ok-nam (Ko Du-shim/Moon Chae-won) works at is located, in Mama Fairy and the Woodcutter/Gyeryong Fairy Tale/Tale of Fairy (계룡선녀전) (tvN, 2018). In episode 2, Ok-nam and her daughter Jeon-seom (Kang Mi-na of Gugudan) walk along the street towards the university’s entrance, to return to the café after their hair appointment.

Established in 1918, the University of Seoul (UOS) [서울시립대학교] is a public university in Seoul’s neighborhood Jeonnong [Jeonnong-dong/전농동] in the Dongdaemun District [Dongdaemun-gu /동대문구]. It was formerly known as Kyung Sung Public Agricultural College, before changing its name in 1997. UOS celebrated its 100th anniversary in 2018.

This site was selected in 2012 as one of 100 regular filming locations for movies and dramas by the Seoul Metropolitan Government and the Seoul Film Council, and featured in the brochure The Places In Seoul Cinema Fell in Love With (영화가 사랑한 서울 촬영지 100선). A selection of this university’s buildings also is one of the 380 traditional and modern-contemporary buildings in Seoul that were selected for the The Seoul Architectural Guide (2013, page 134-35).

Note: The cafe in Mama Fairy and the Woodcutter was constructed specially for the show and does not actually exist on campus. As of August 2018, it was located between the Student Hall [학생회관] and the Auditorium [대강당], which it’s nearer to, and was likely to only be up until September 2018, when filming ended. From the university’s main entrance, head towards the direction of 21세기관 and 대강당 is next to it. Prepare for a walk. Refer to the university map here.

— submitted by Mich KDL, updated by Marion KDL
— Photos taken by © Florence, August 2018
— The World of The Married added by Chelle