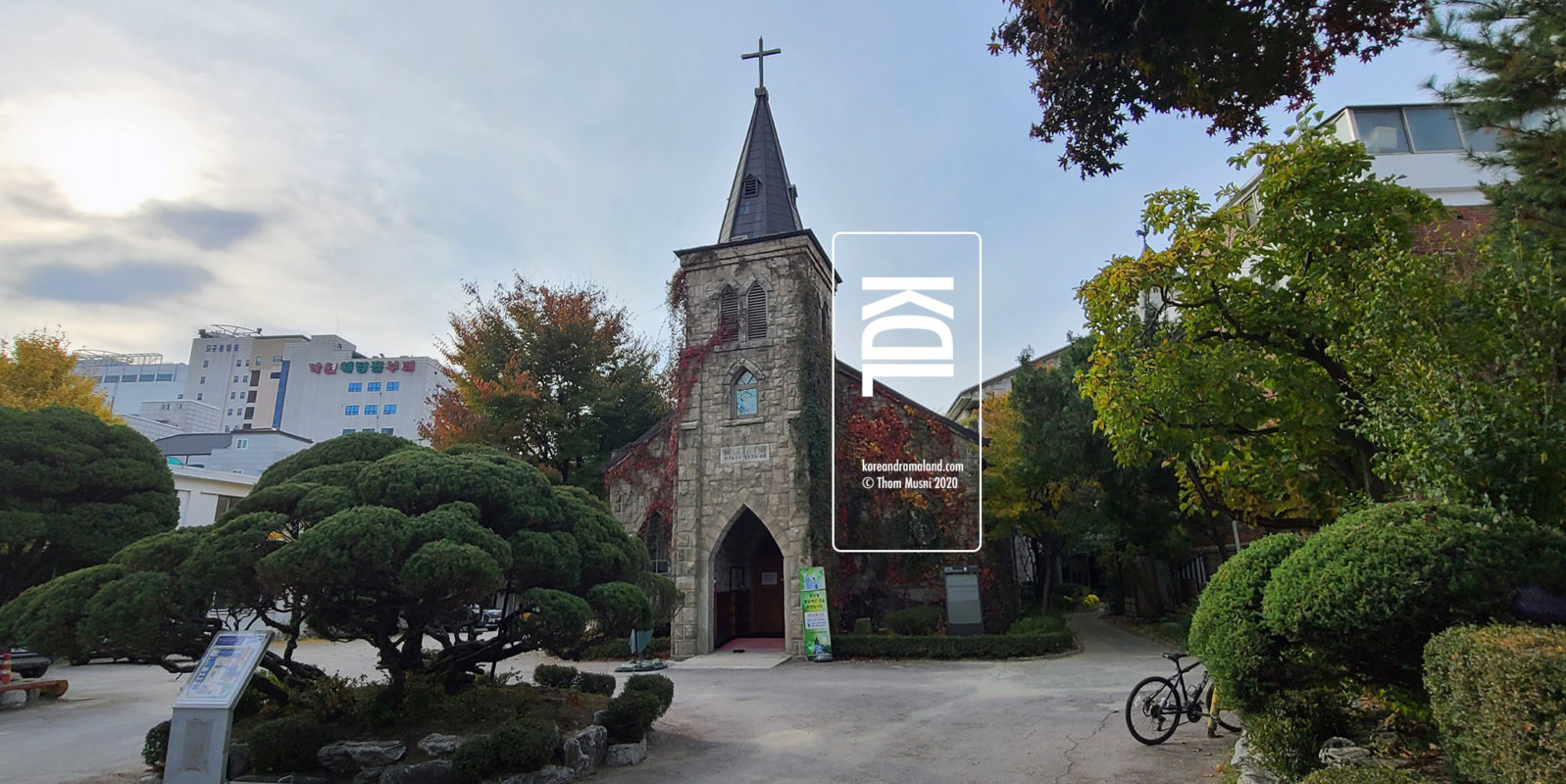 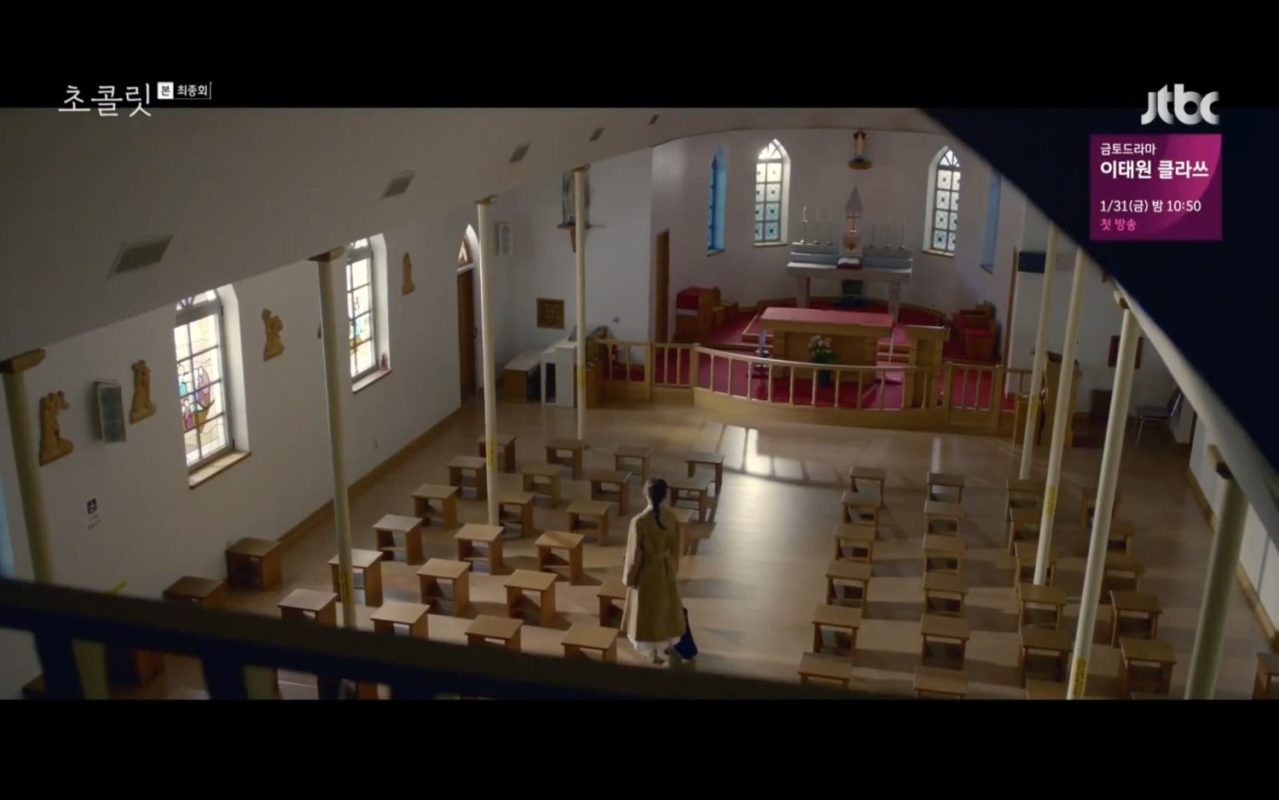 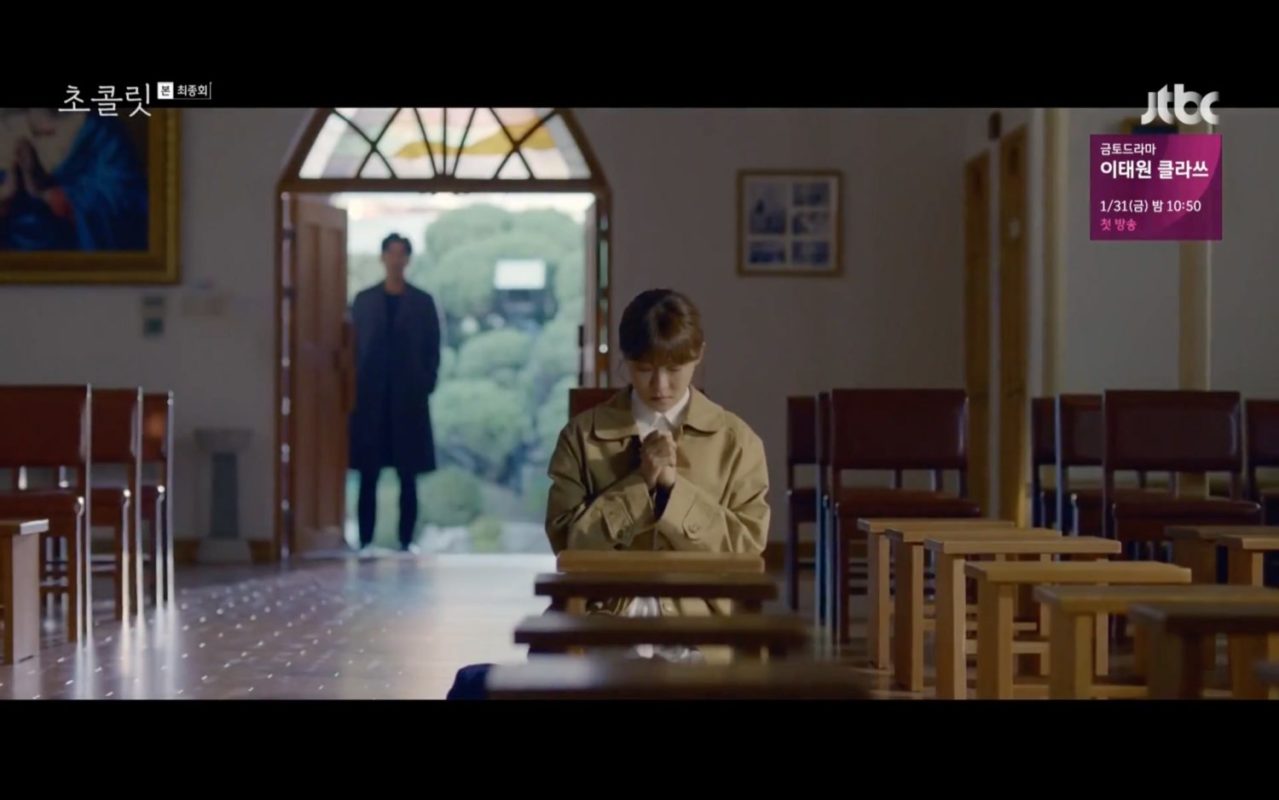 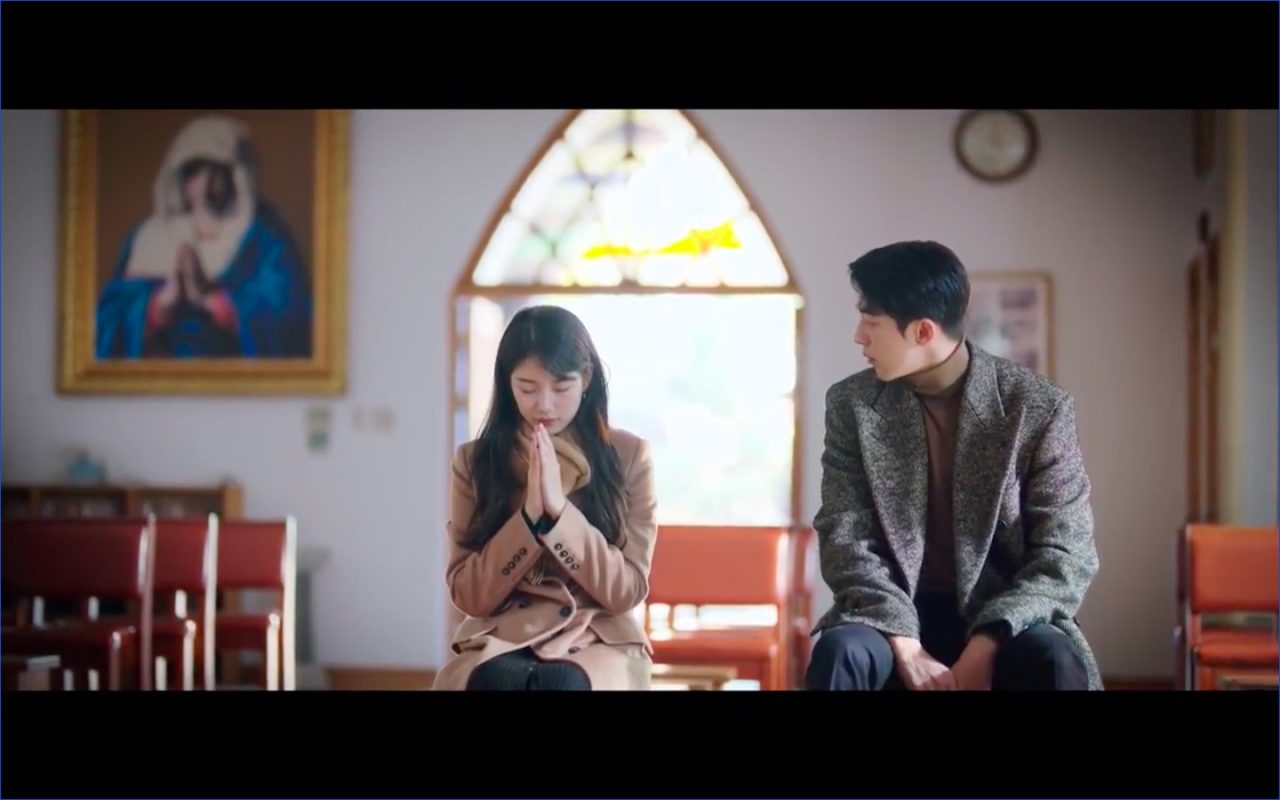 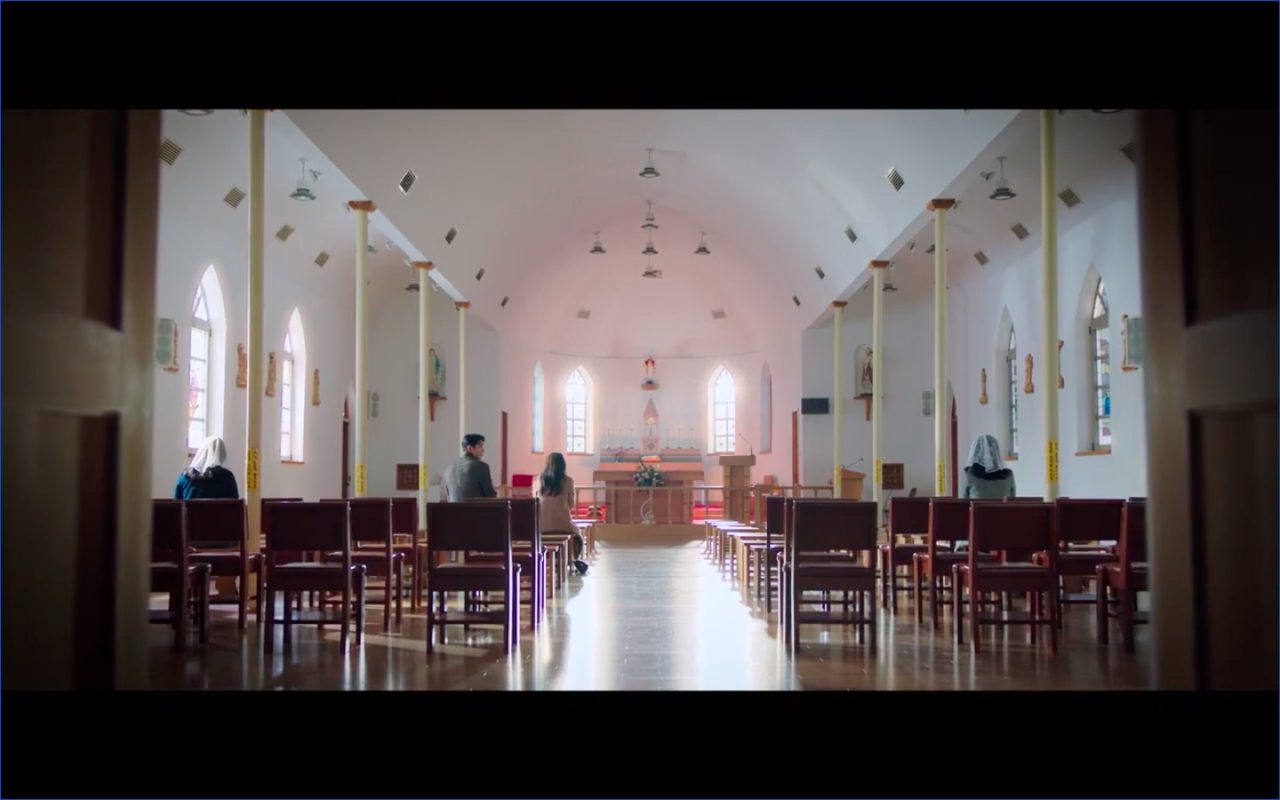 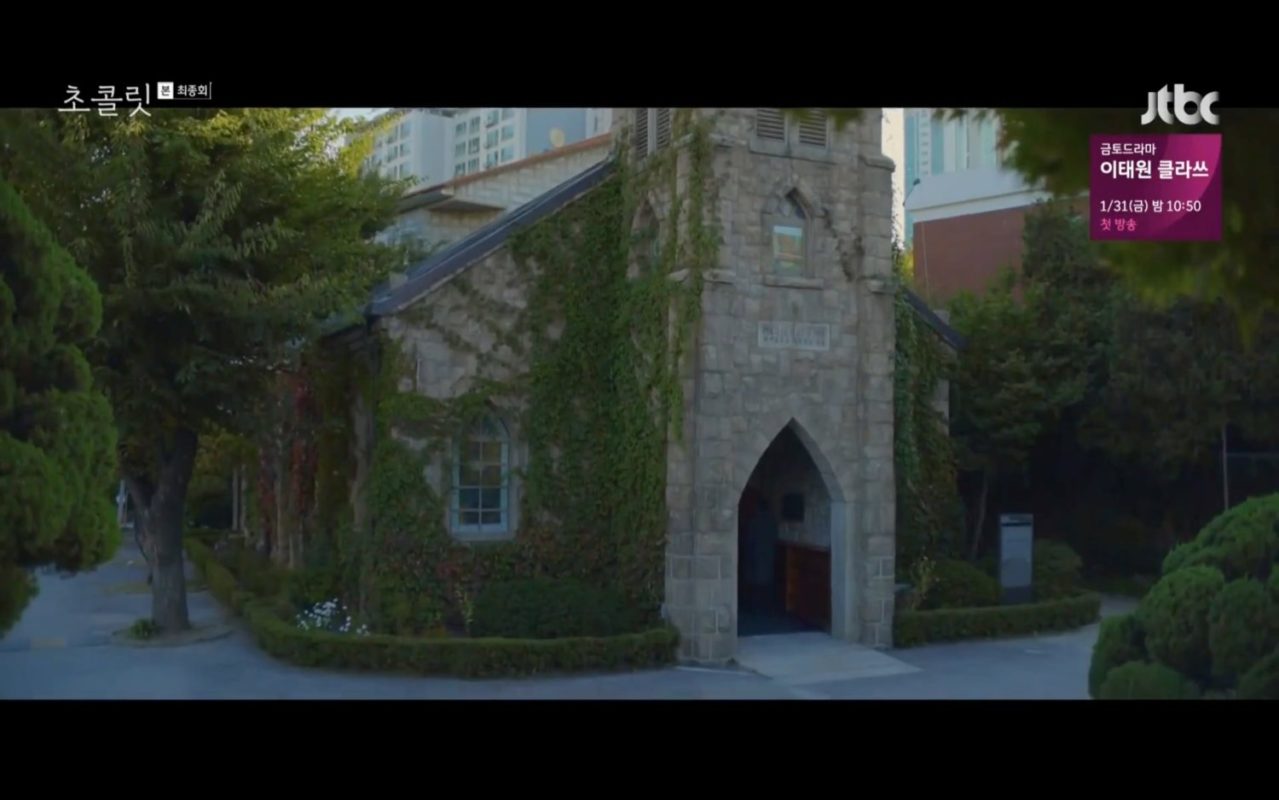 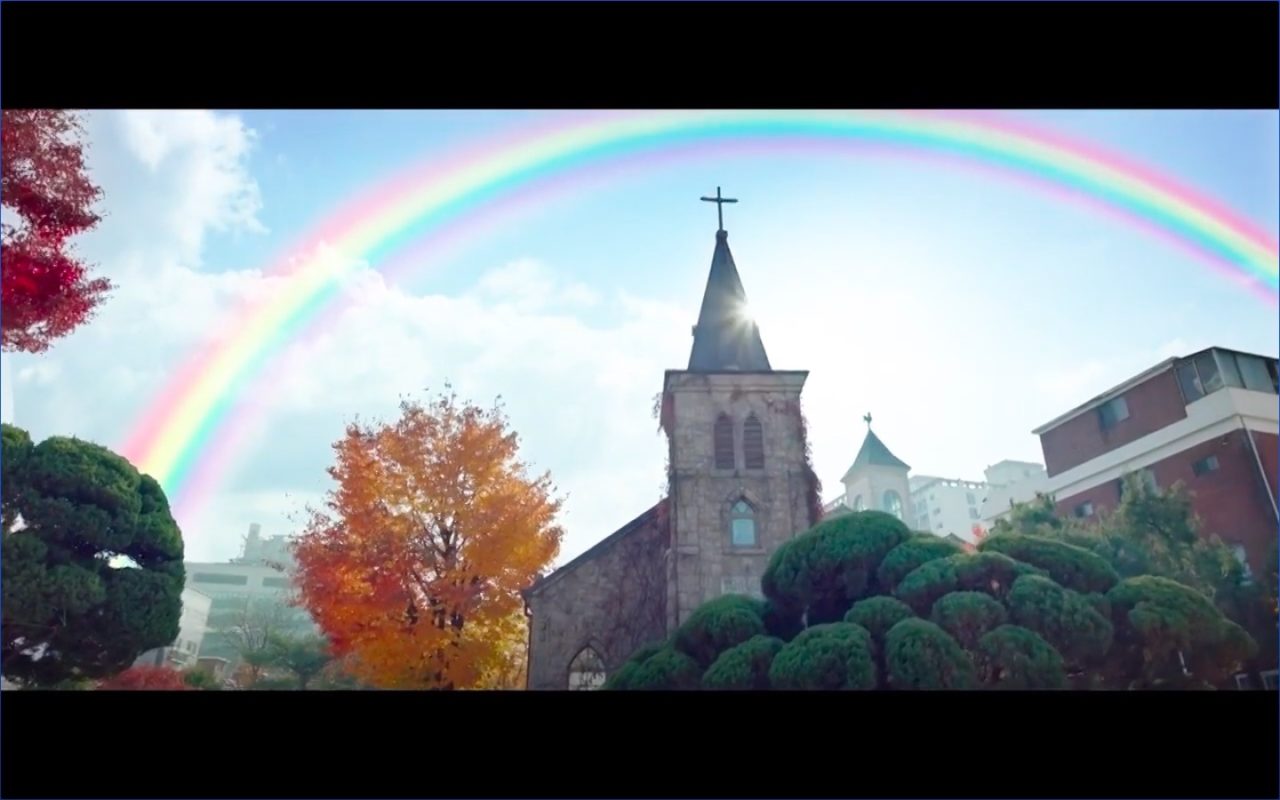 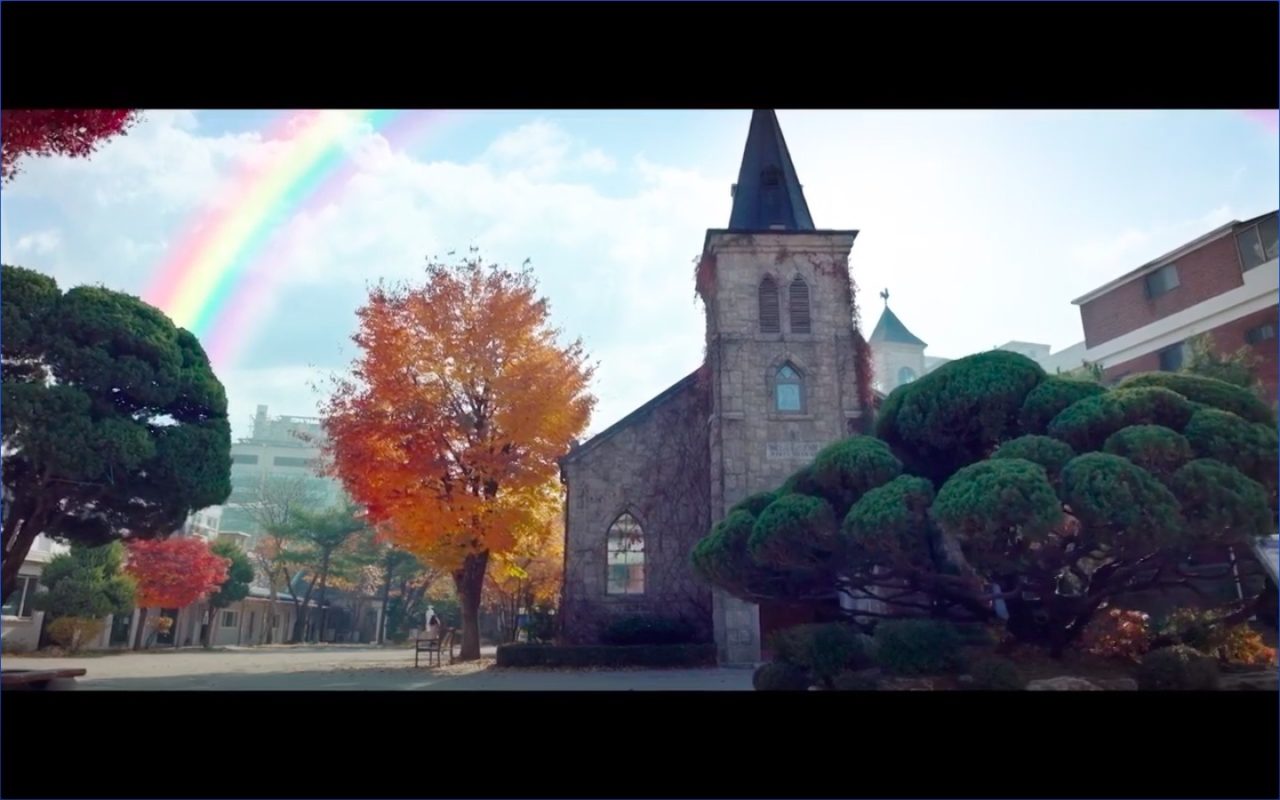 This is the church that Seo Dal-mi (Bae Suzy) occasionally accompanies her grandmother Choi Won-deok (Kim Hae-soo), who is a staunch Catholic, to pray at in Start-Up (스타트업) (tvN/Netflix, 2020). In final episode 16, Nam Do-san (Nam Joo-hyuk) accompanies Dal-mi here so that she can pray for the Smart City submission, though he feels slightly uncomfortable as an atheist. Outside of the church, they see a rainbow — and for Dal-mi, that’s a good sign.

Moon Cha-yeong (Ha Ji-won) comes to pray at this church in episode 16 of Chocolate (Chokolis, 초콜릿) (JTBS, 2019-20), while Lee Kang (Yoon Kye-sang) watches her from the doorway.

Uijeongbu Cathedral [의정부주교좌성당] is a Catholic cathedral located in Uijeongbu’s neighborhood Uijeongbu [Uijeongbu-dong/의정부동]. Established in 1953, this cathedral has a “history and tradition of Catholicism” in South Korea, and was designated as Gyeonggi-do Cultural Heritage Material No. 99 in 2001.