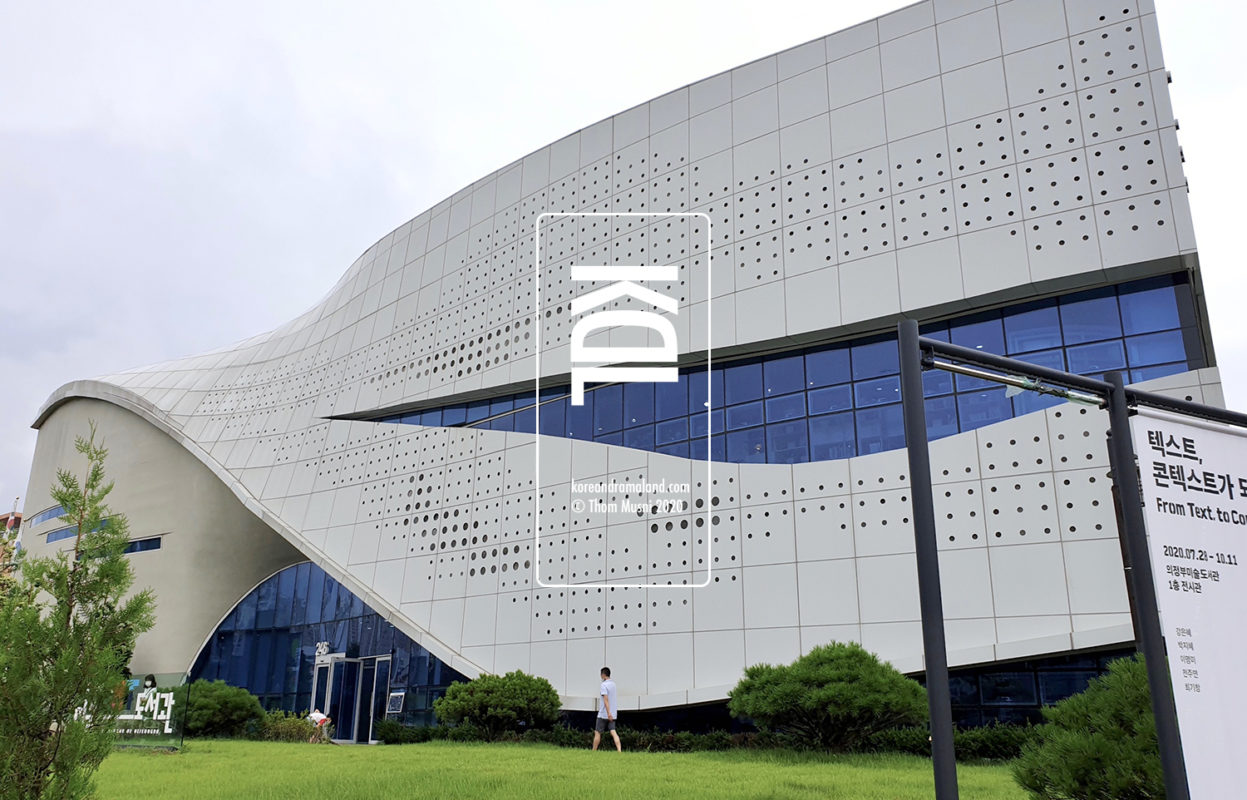 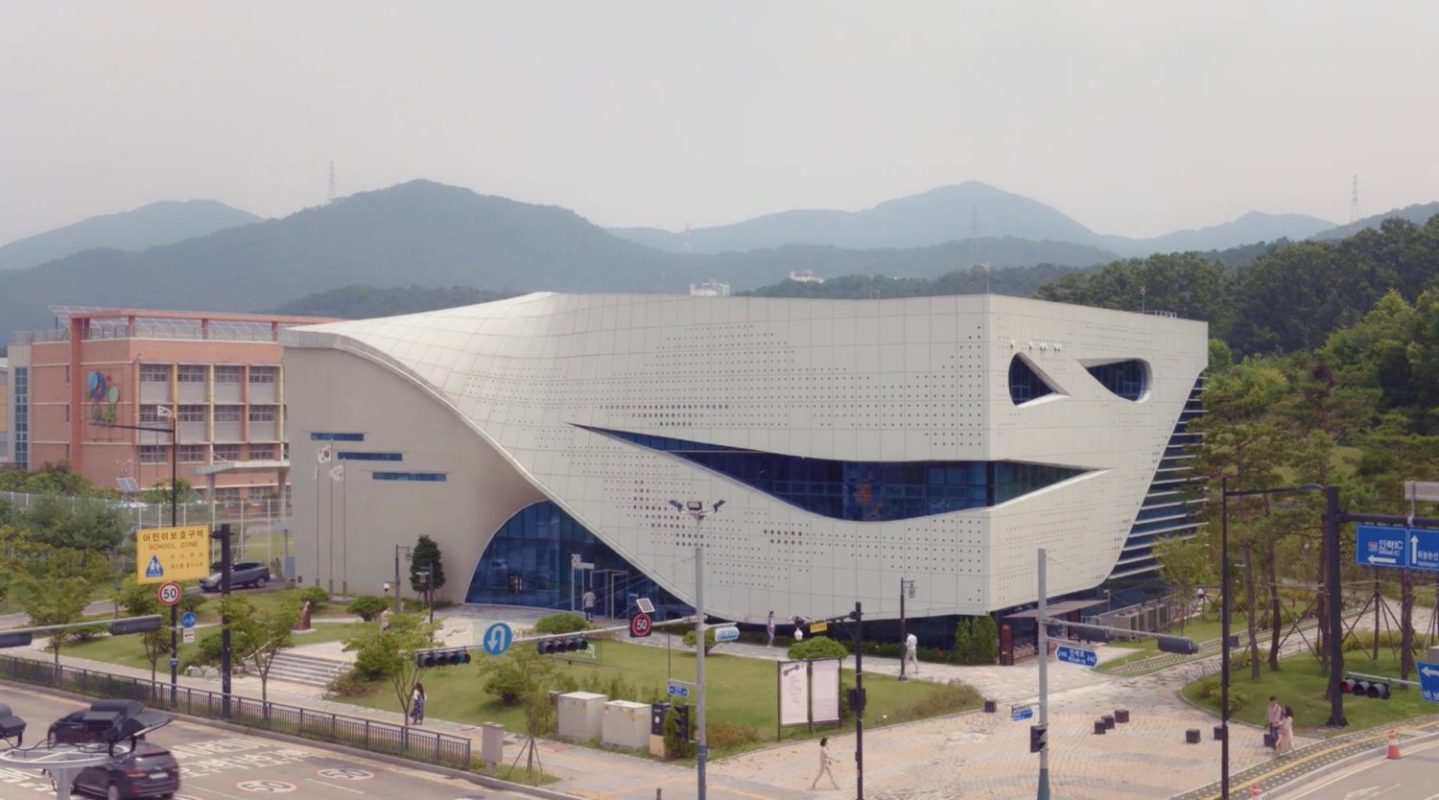 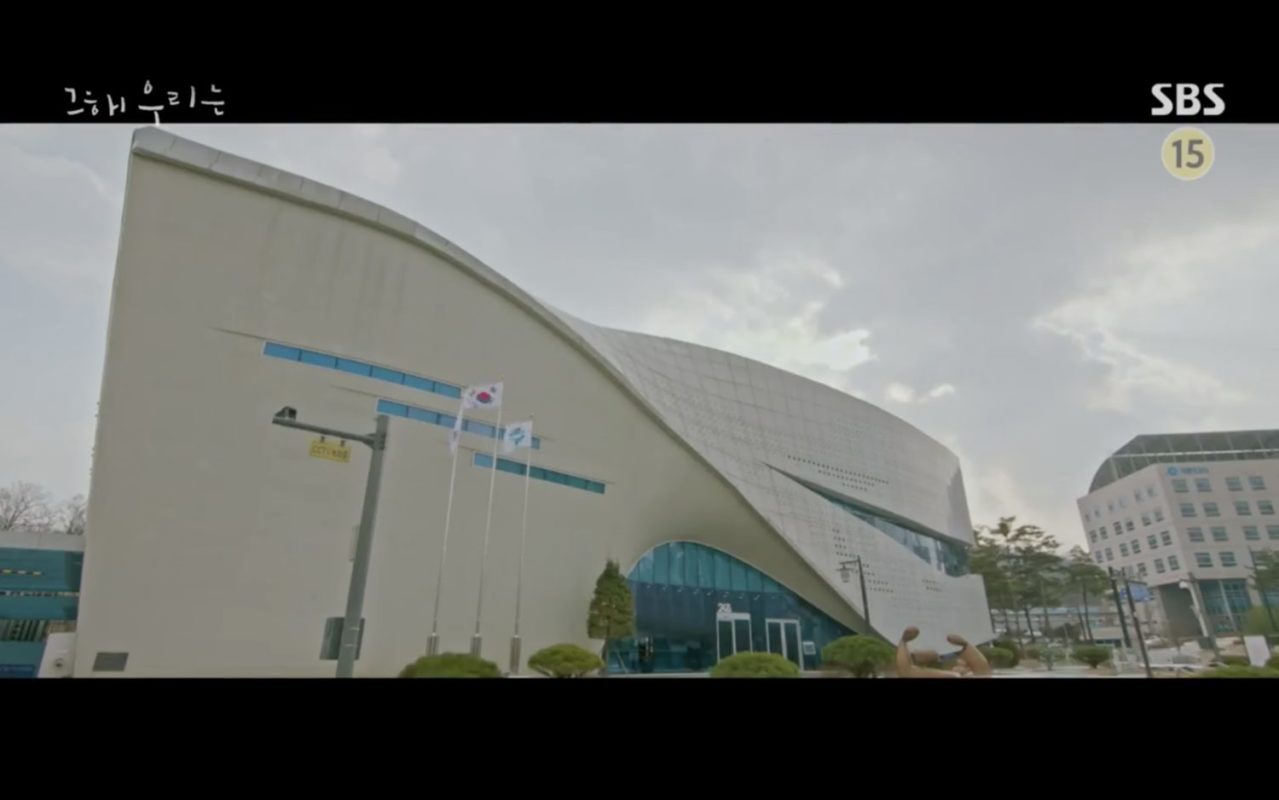 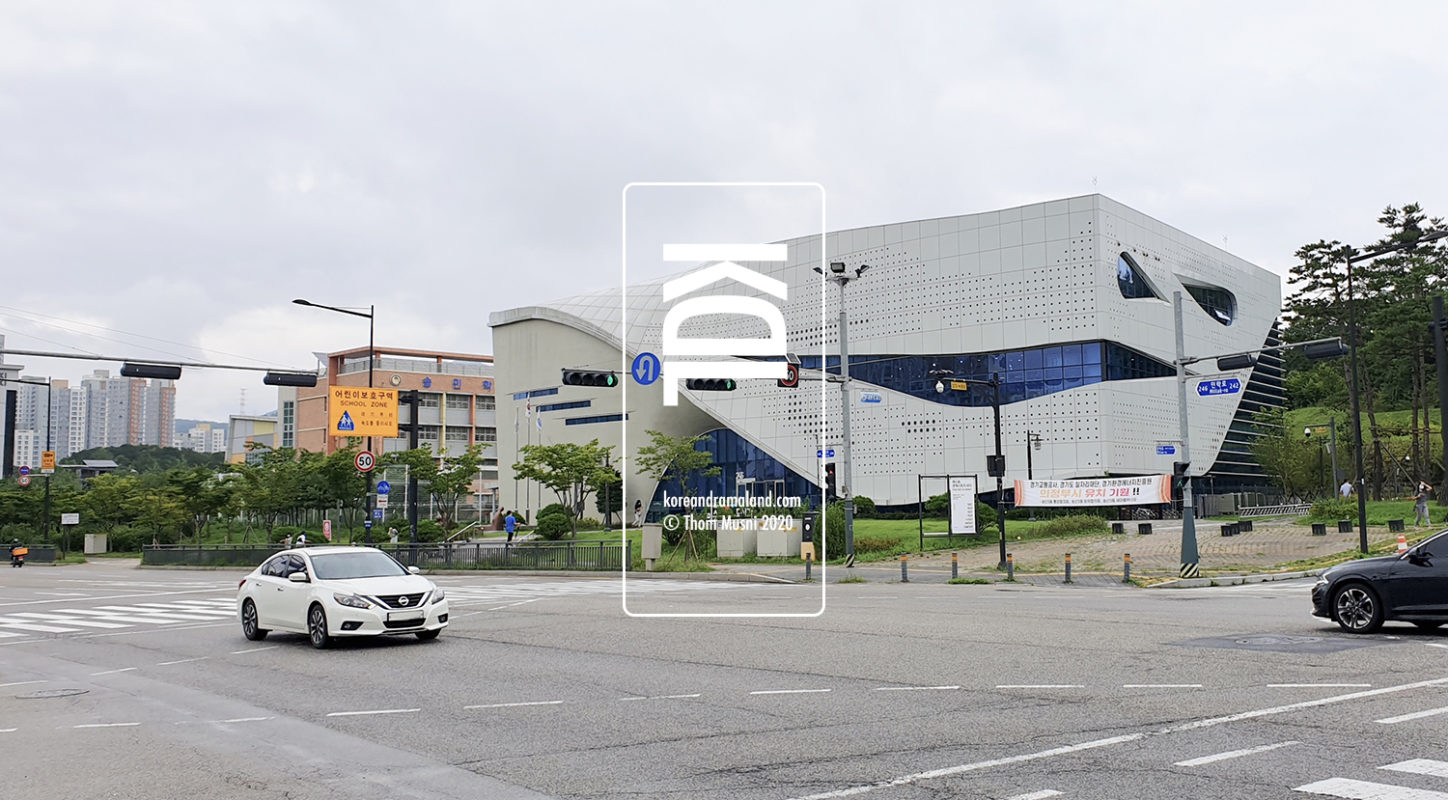 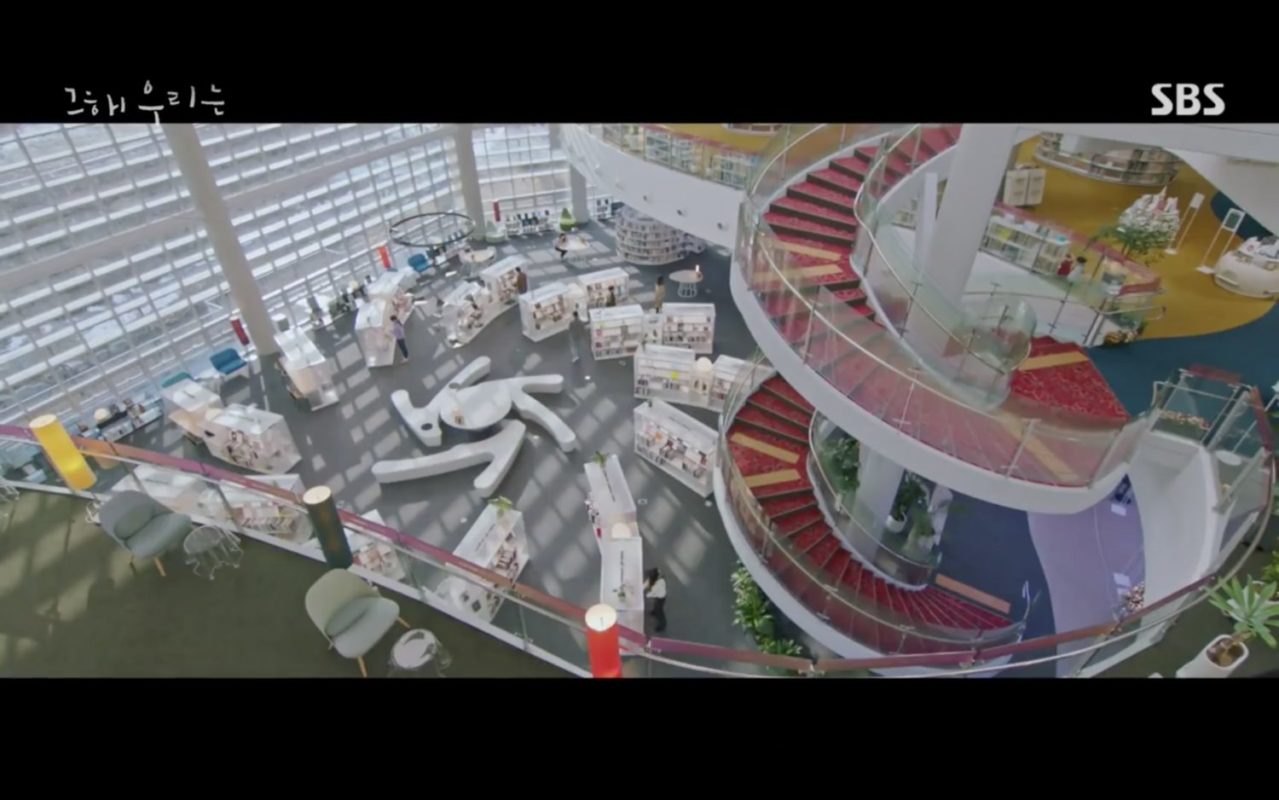 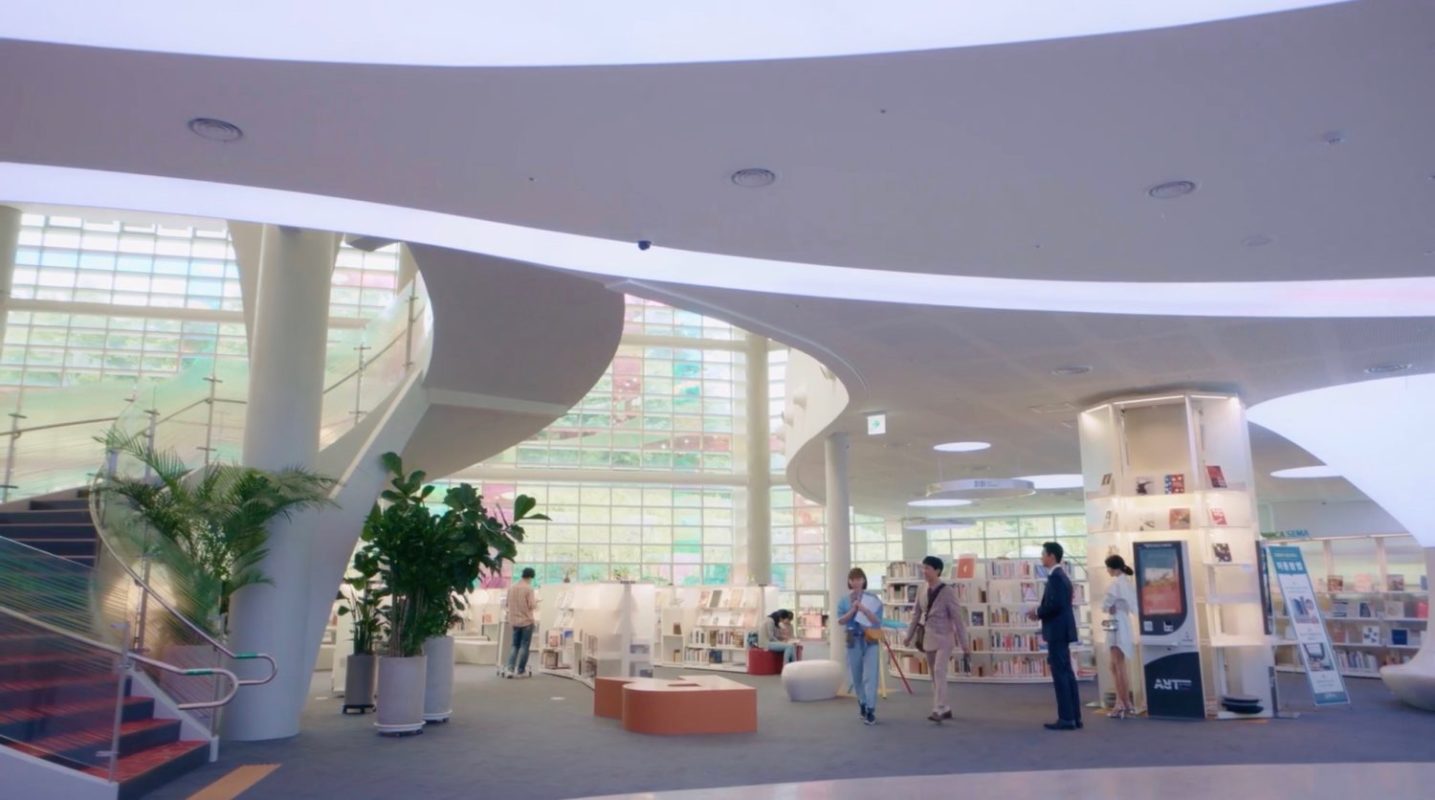 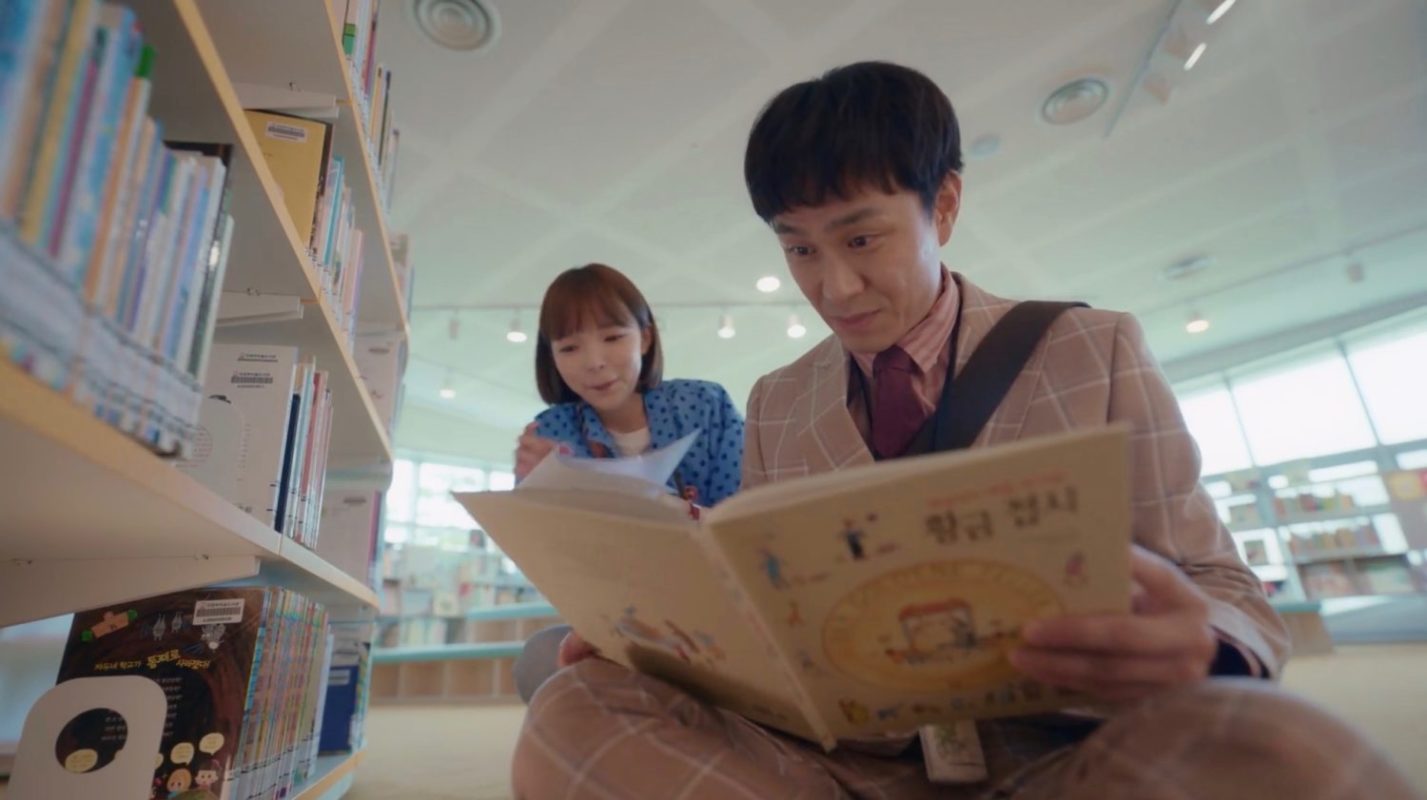 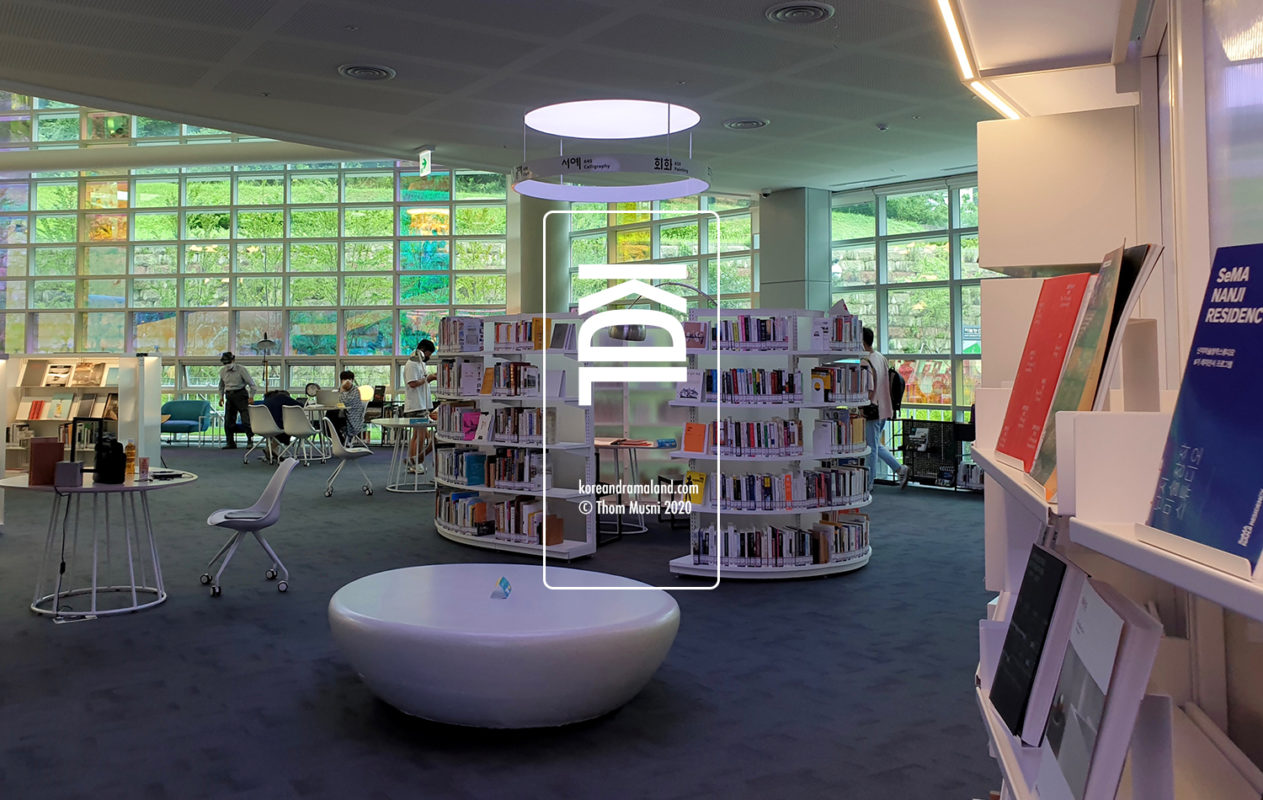 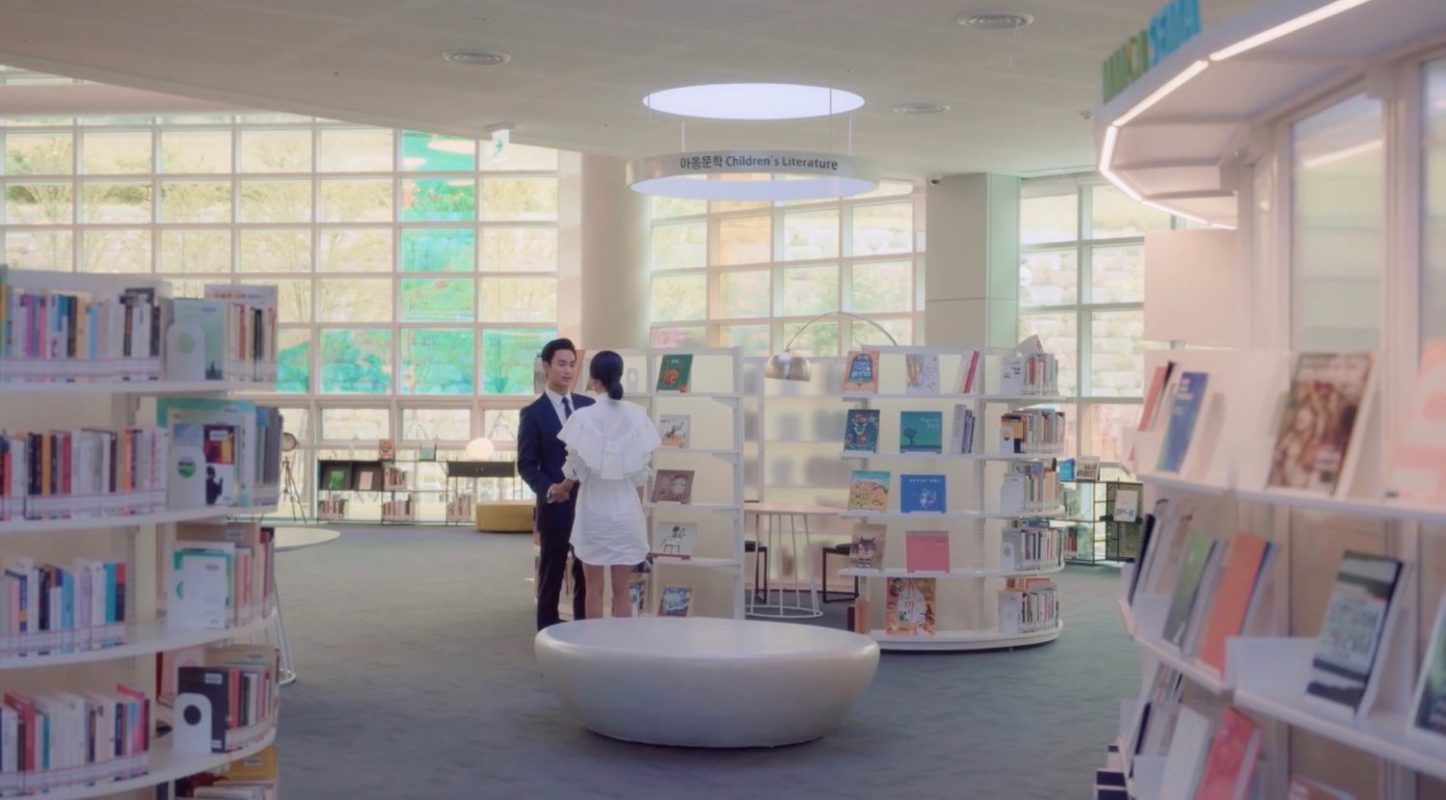 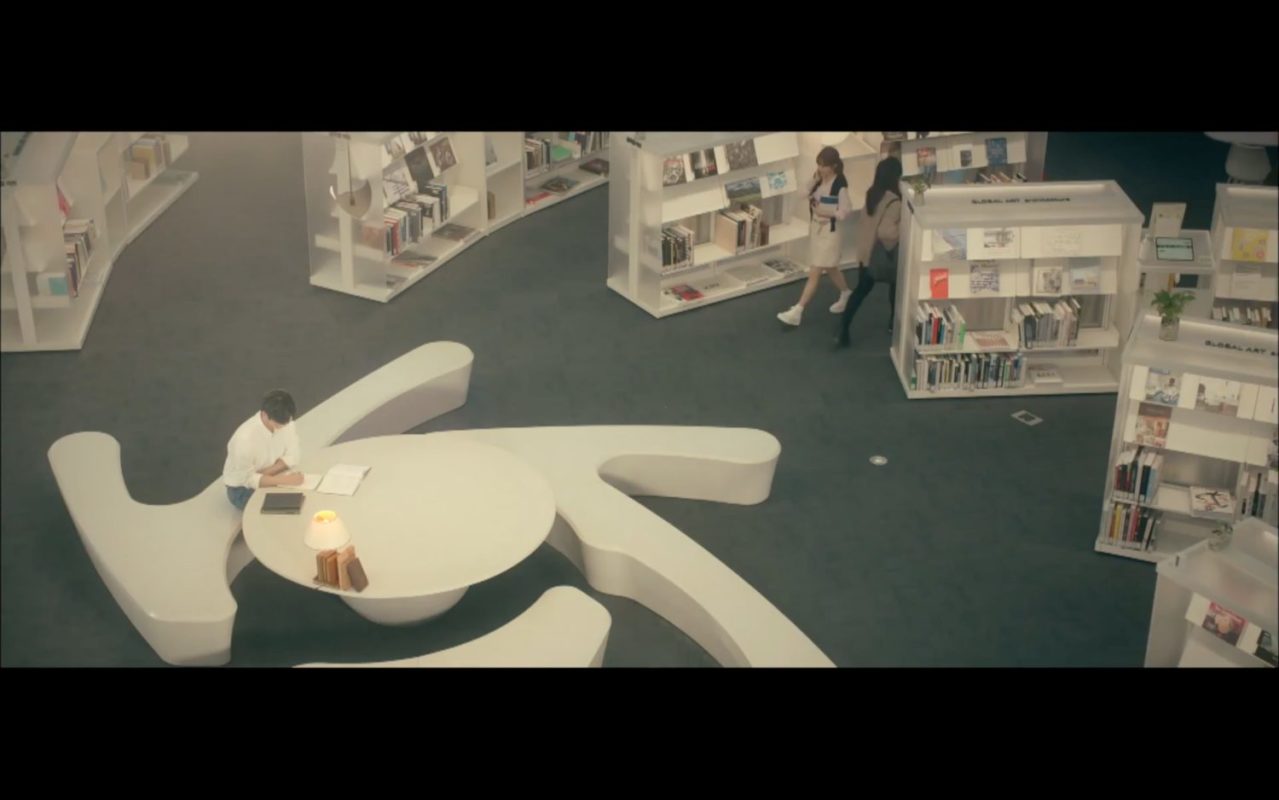 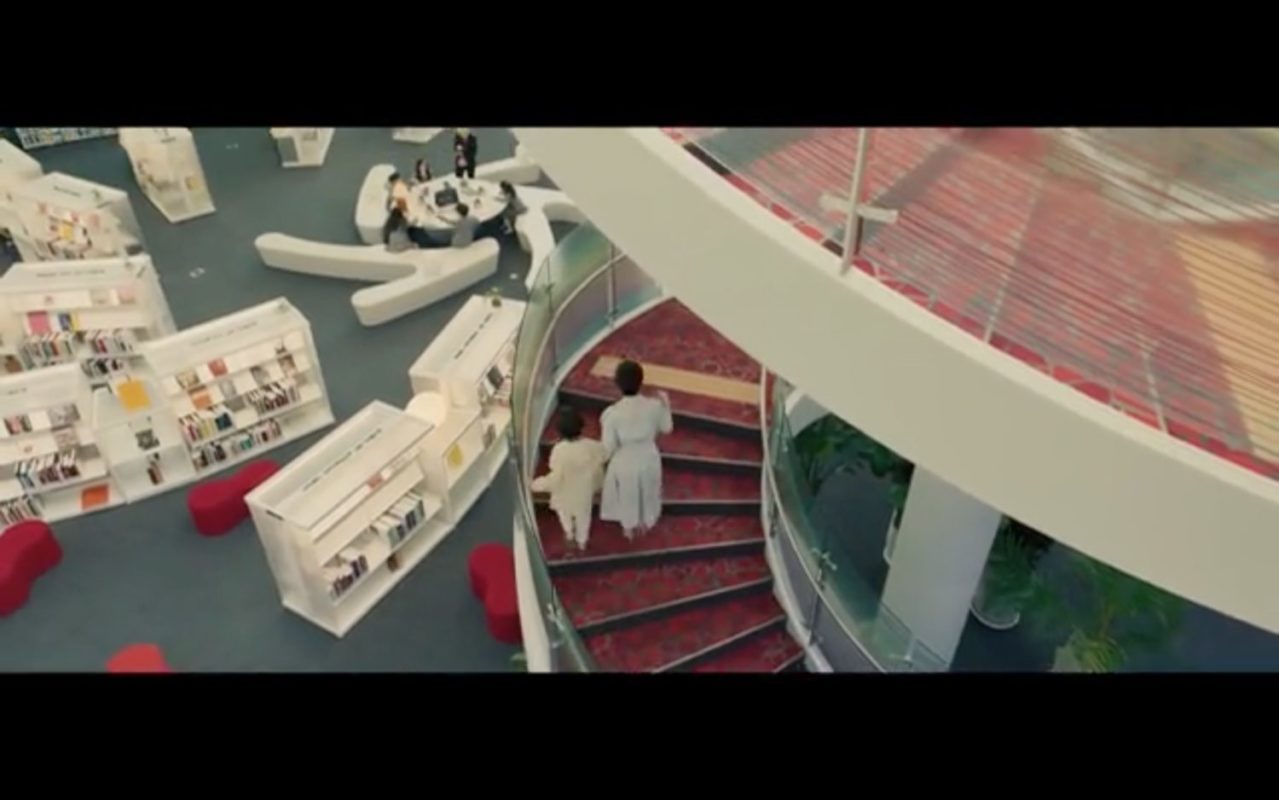 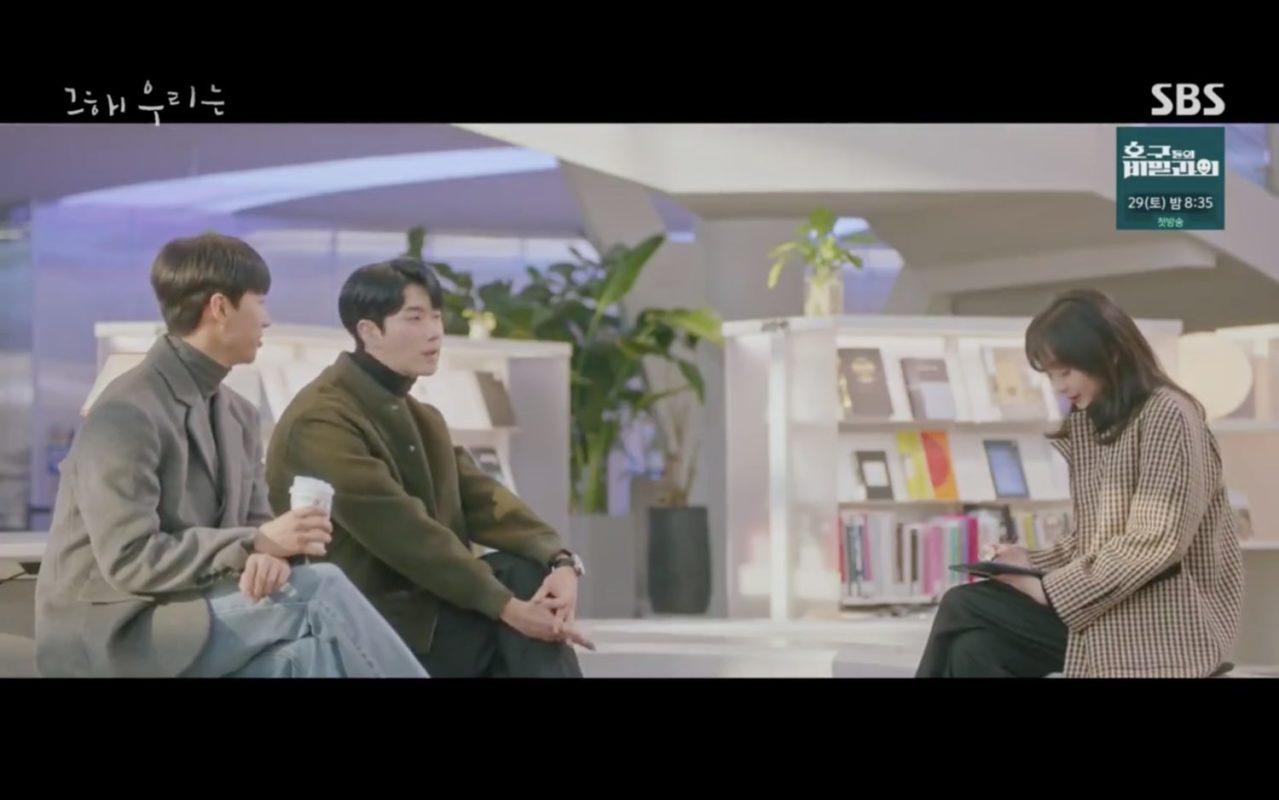 This library is a client of creative agency RUN and Kook Yeon-soo (Kom Da-mi) comes here with her team in episode 15 of Our Beloved Summer/That Year We (그 해 우리는) (SBS/Netflix, 2021-22) for first ideas.

This library appears as the one of ‘HSC International School’ in episode 1 of High Class (Haikeullaeseu/하이클래스) (tvN, 2021) which Song Yeo-ul (Cho Yeo-jeong) and her son Ahn Yi-chan (Jang Sun-yool) visit before his entrance interview at the school.

In her dream, Tak Dong-kyung (Park Bo-young) and Myul Mang (Seo In-guk) come to this library in episode 4 of Doom at Your Service/Destruction Doom (어느 날 우리 집 현관으로 멸망이 들어왔다) (tvN, 2021) and she asks him to play the-nice-guy-from-church type who comes to study at this library to see if she could fall for him.

The Uijeongbu Art Library [의정부미술도서관] was designed by South Korean architectural design company SnowAide in 2015, and opened in December 2019 in Uijeongbu’s neighborhood Millak [Millak-dong/민락동]. The Art Library is the first of its kind: merging culture and books, with art and literature meeting in one space over three levels. The building incorporates hexagons (an element used in other projects by this company) in both its interior and exterior design, based on the slogan “Here Experience Art” (HEXA).

Uijeongbu City described the new library (translated from Korean) as “a place that encompasses culture and art, shares knowledge and experiences across the ages and generations, and awakens potential talents to make dreams come true”. Uijeongbu City calls itself the “City of Libraries”, and has a total of 74 libraries and places to read books in the city, including a Science Library [의정부과학도서관] and a Children’s Library [의정부어린이도서관].

Director of Culture and Tourism Lim Woo-young said — translated from Korean– “This drama was used to promote the library and promote tourism using our city’s infrastructure, and I hope many people will take a step toward Uijeongbu after watching the drama.”

Getting here
Tapseok Station [탑석역] (no. 22015), Uijeongbu Line/U Line (orange), Exit 1 (only exit at station)
➜ Exit the station and walk south towards Millak-ro
➜ Cross the road, turn right and walk 50 metres to the bus stop [송산1동주민센터]
➜ Take Bus 10-3 for two stops (eMart bus stop #202), then walk along the road for 200 metres to the Library at the next intersection.
➜ It is possible to walk from the station to the library, about 1.2kms.