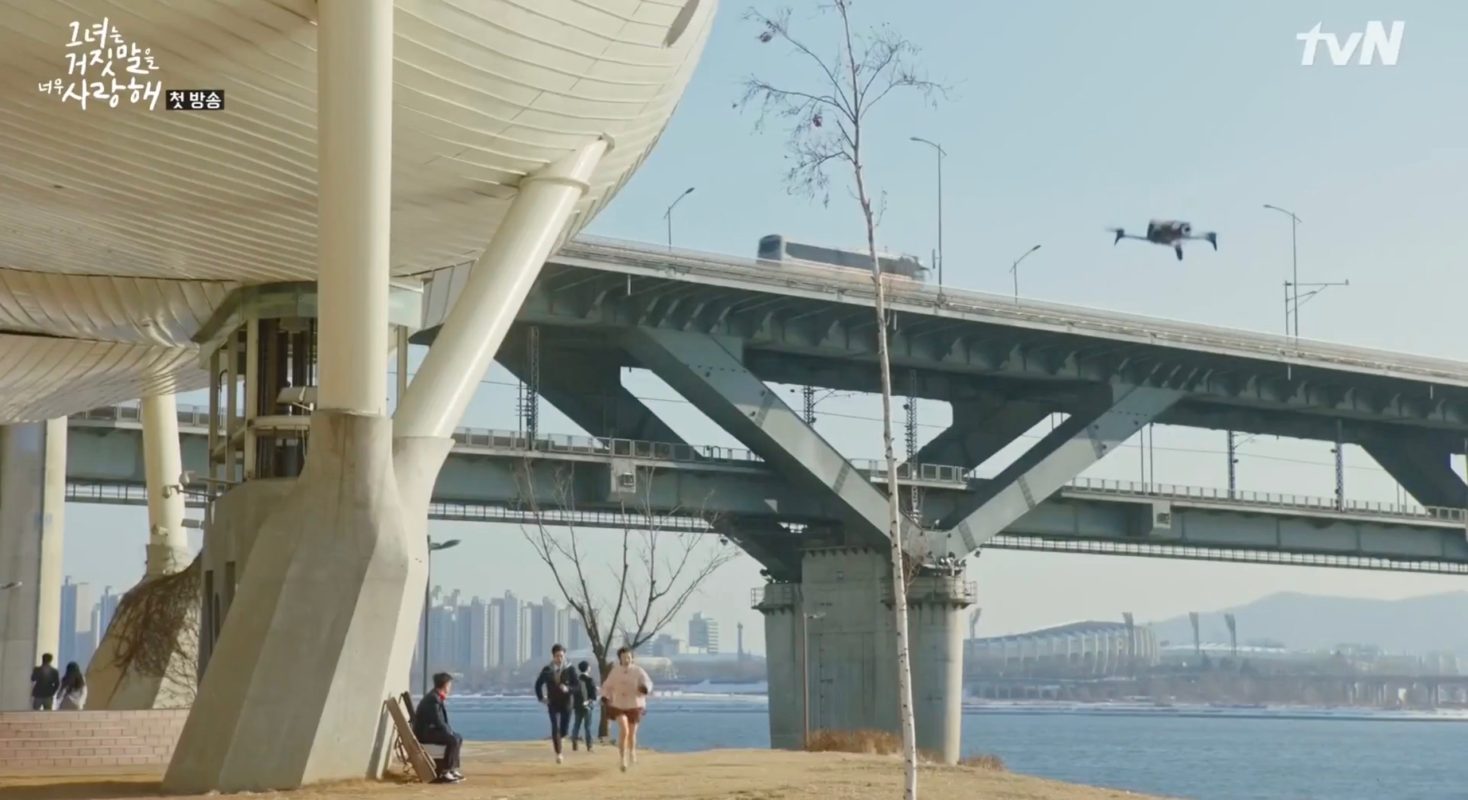 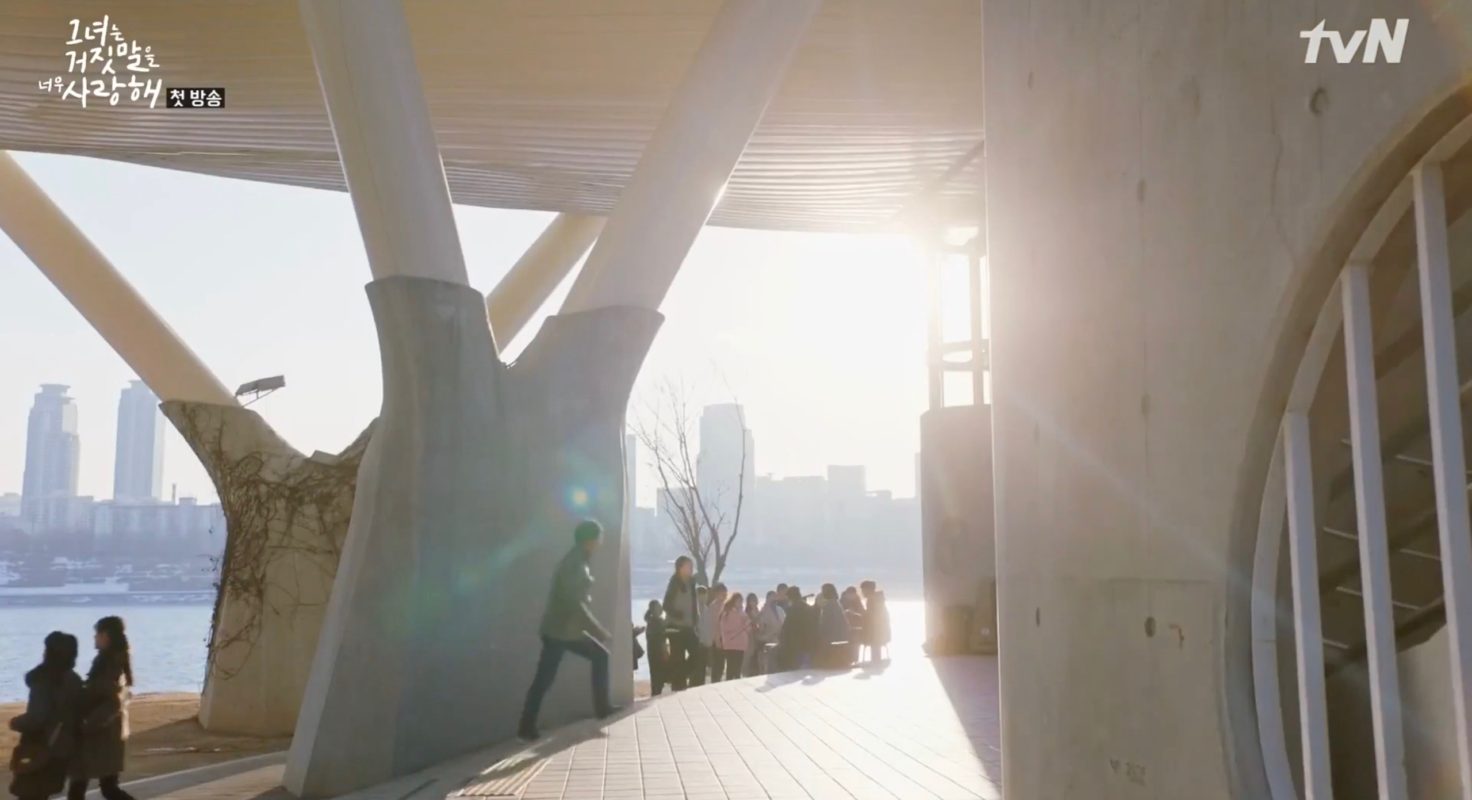 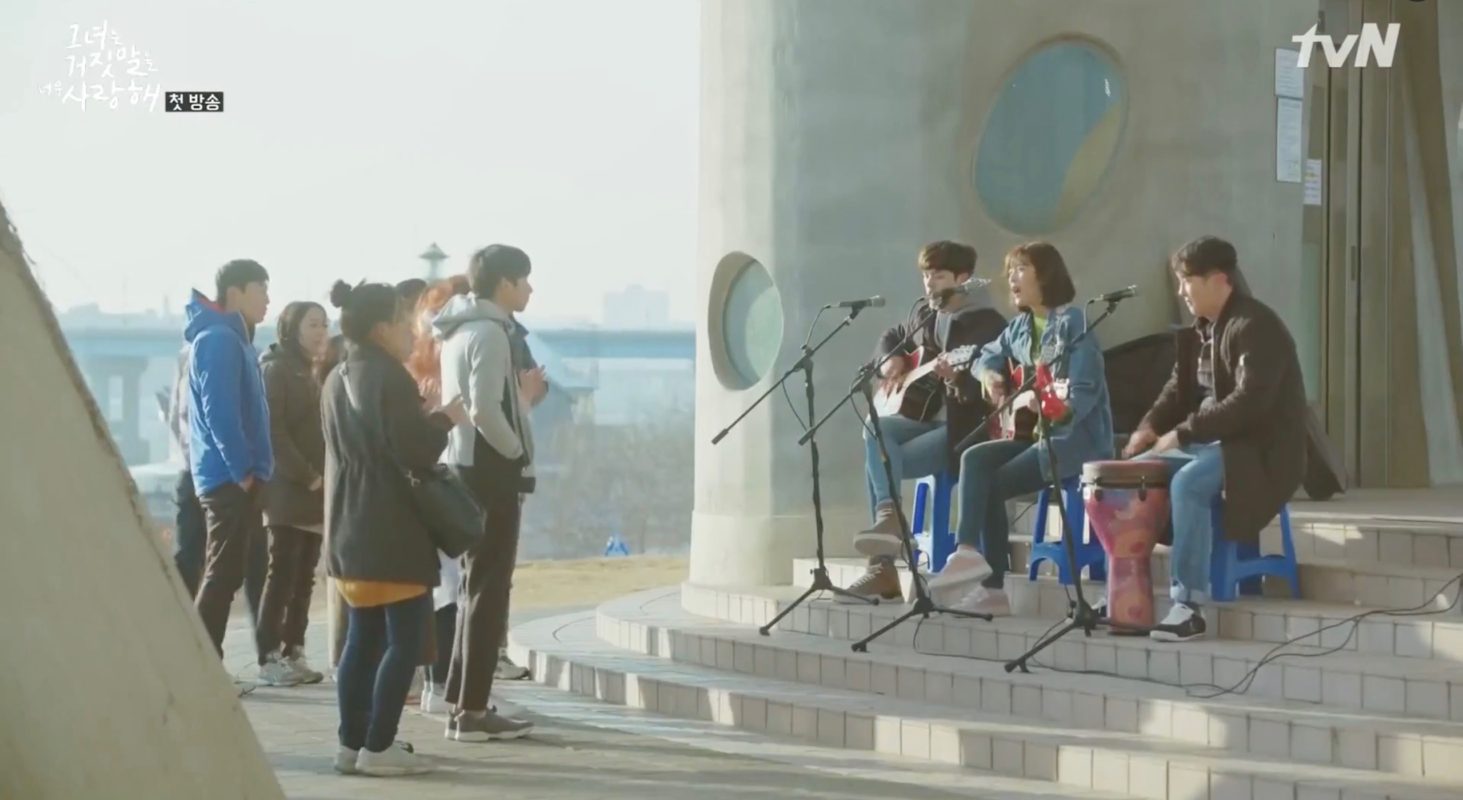 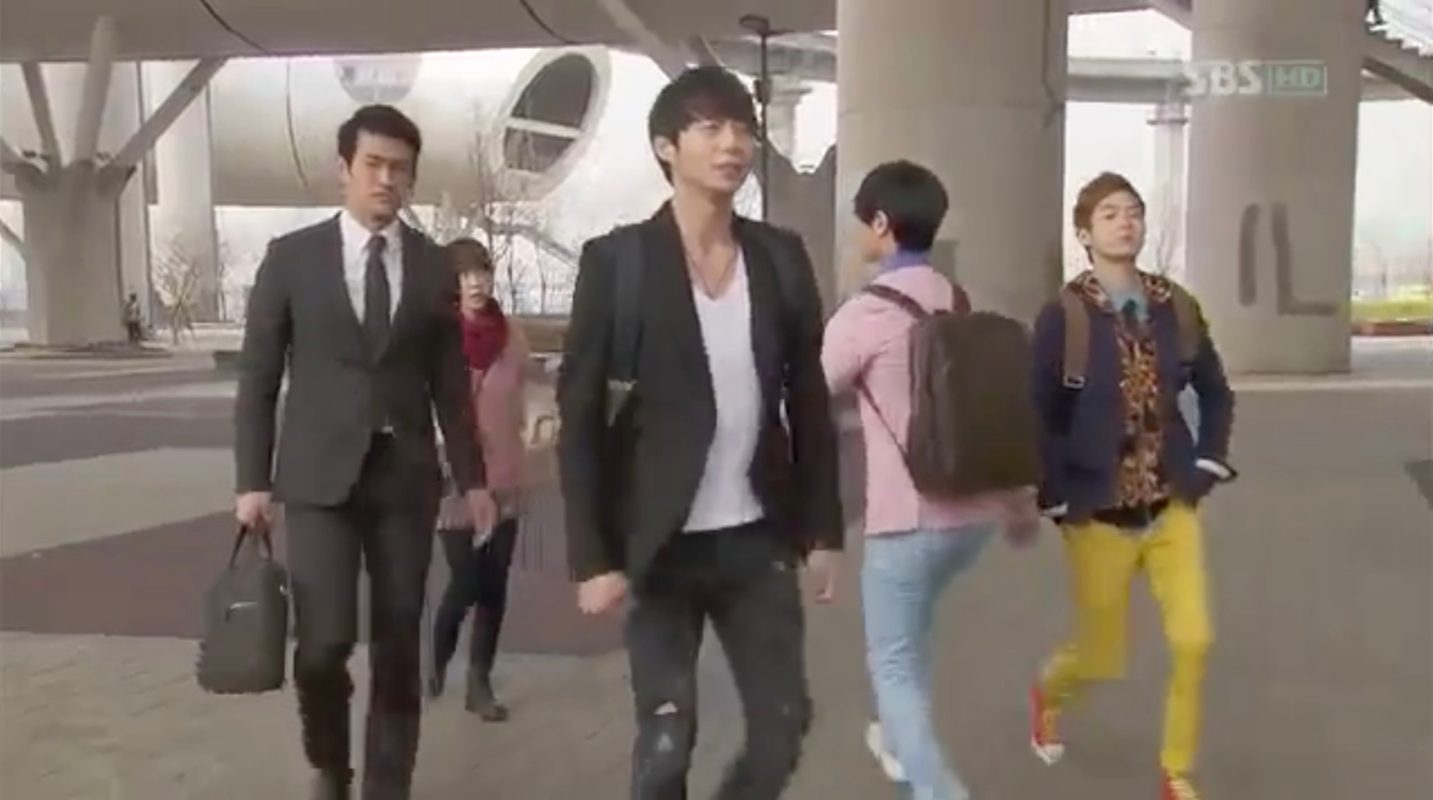 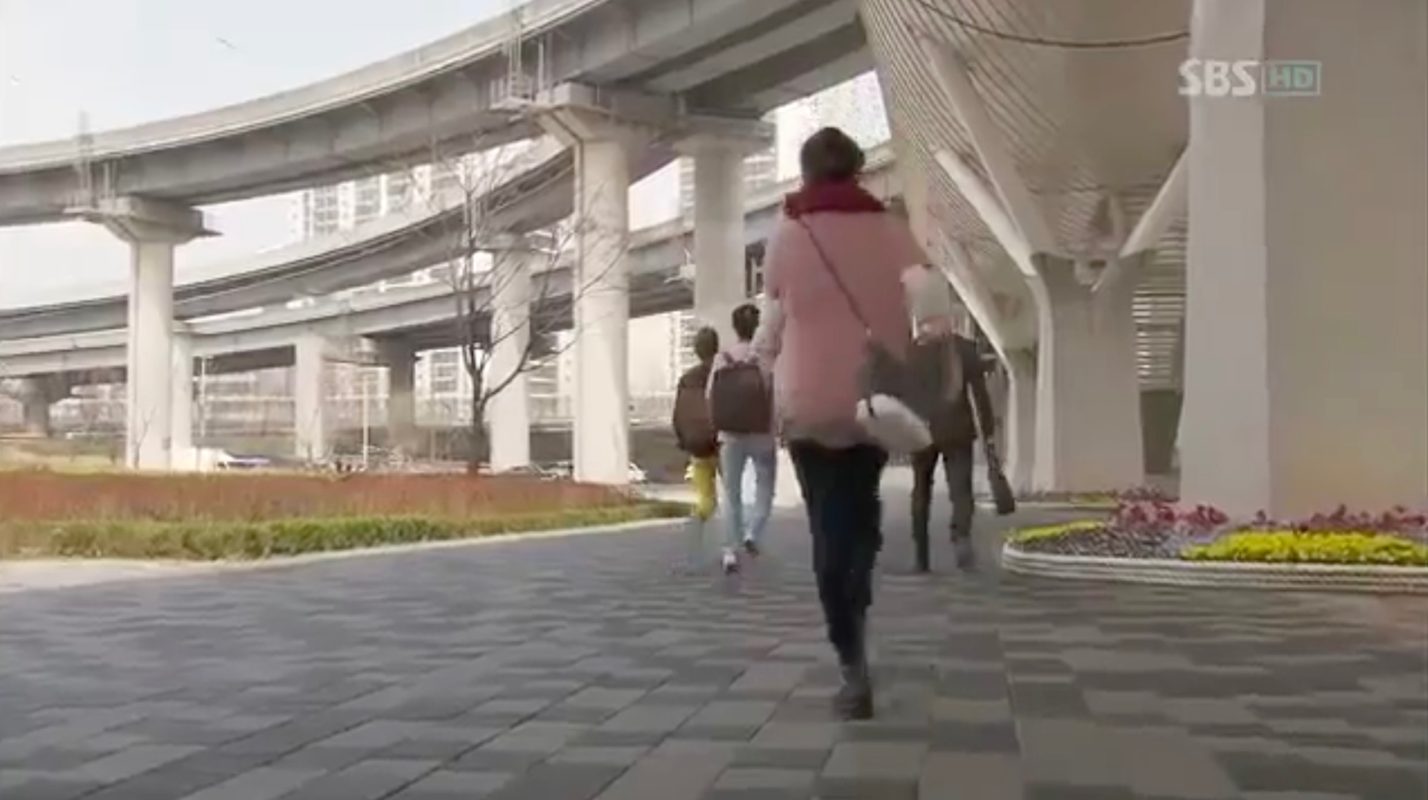 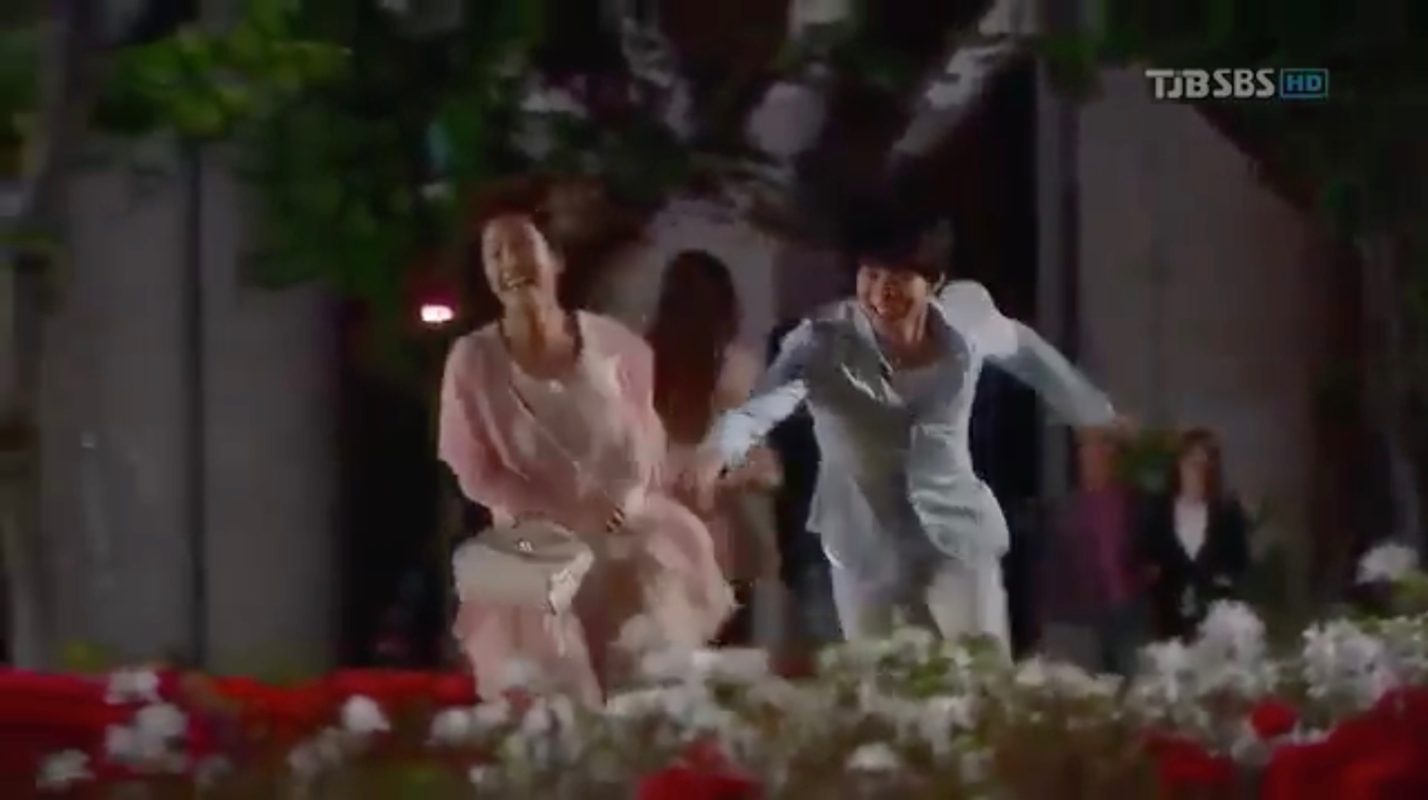 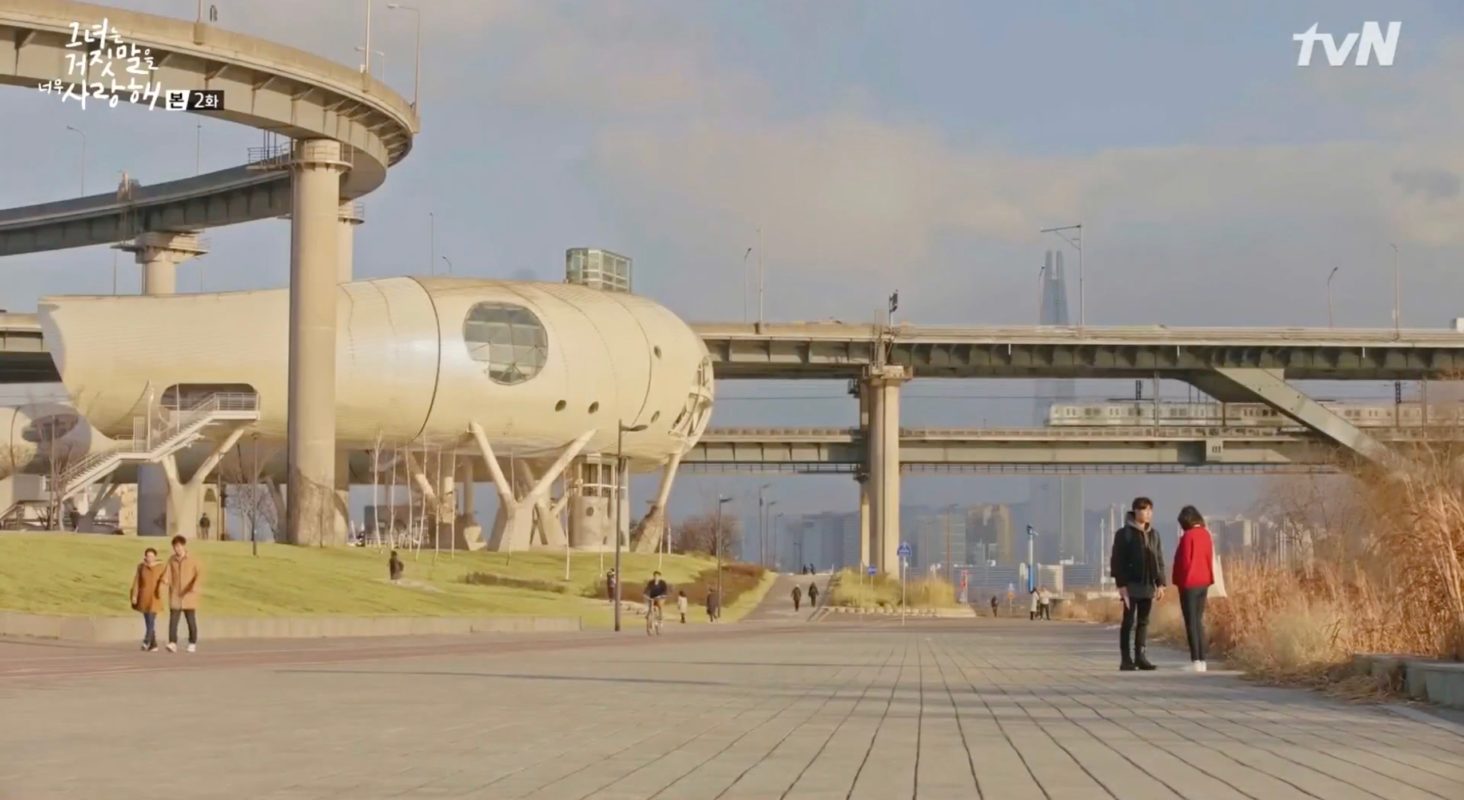 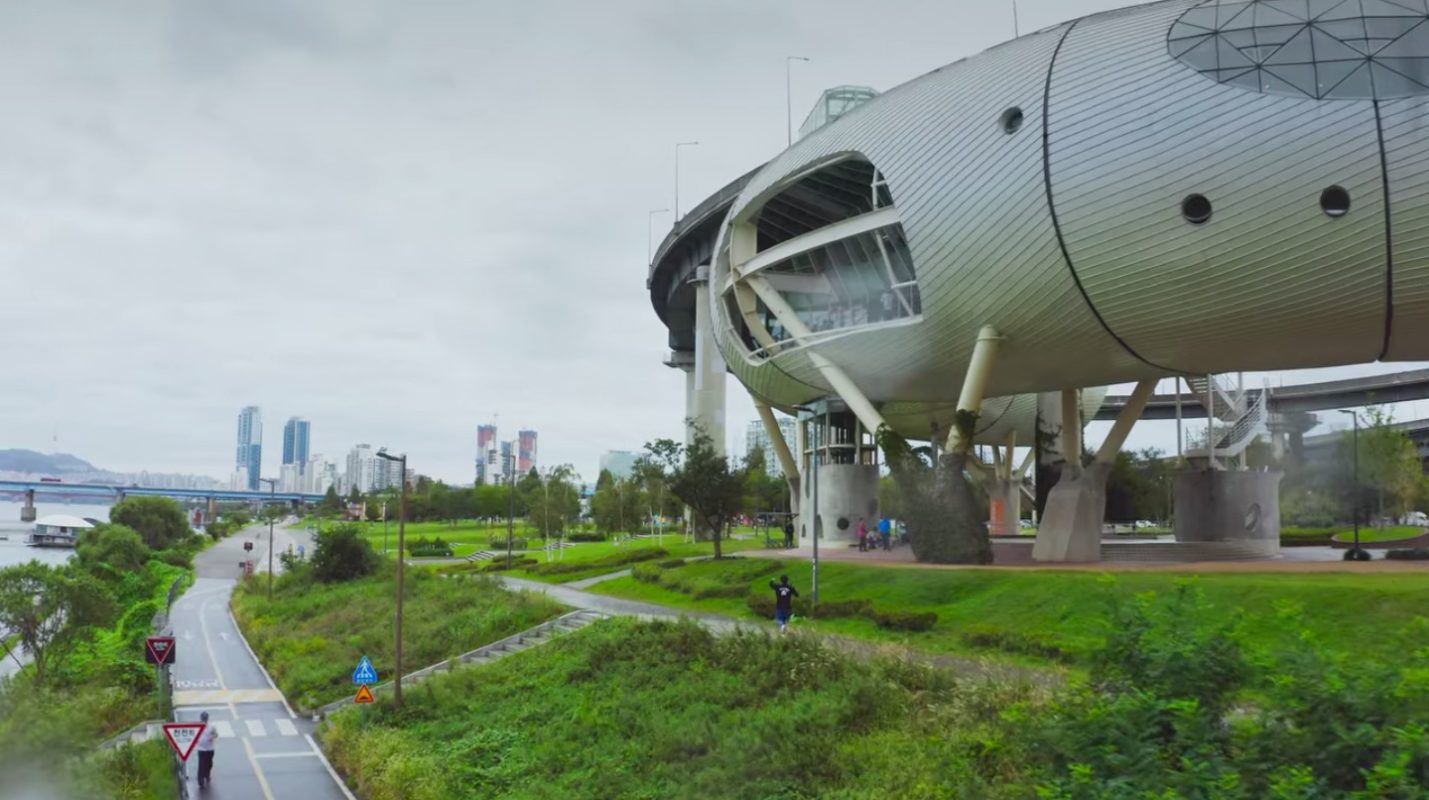 Yoon So-rim (Joy from Red Velvet) falls for Kang Han-kyeol (Lee Hyun-woo) in front of this complex at first sight (when he borrows her phone to record an idea for a song) in episode 1 of The Liar and His Lover / Lovely Love Lie (그녀는 거짓말을 너무 사랑해) (tvN, 2017). She comes back here in episode 2 with her band hoping that she’ll meet him again.

In Rooftop Prince/Attic Prince (옥탑방 왕세자) (SBS, 2012), this is Park Ha’s (Han Ji-min) way to work. We see her here in episode 7 going to work while the boys catch up. Park Ha and Yong Tae-yong (Park Yoo-chun) are back here on a date in episode 15.

Ttukseom Culture Complex J-Bug [뚝섬 전망문화콤플렉스] is a culture complex located in Seoul’s neighborhood Jayang [Jayang-dong/자양동]in the Gwangjin District [Gwangjin-gu/광진구]. It is situated in the Ttukseom Han River Park [뚝섬한강공원] and right next to Cheongdam Bridge [청담대교]. Because of its shape, it is sometimes also called Jabollae Observatory [자벌레전망대] after a same-named Korean insect.

In 2012, this site was selected as one of 100 regular filming locations for movies and dramas by the Seoul Metropolitan Government and the Seoul Film Counsil to be featured in the brochure The Places In Seoul Cinema Fell in Love With (영화가 사랑한 서울 촬영지 100선).