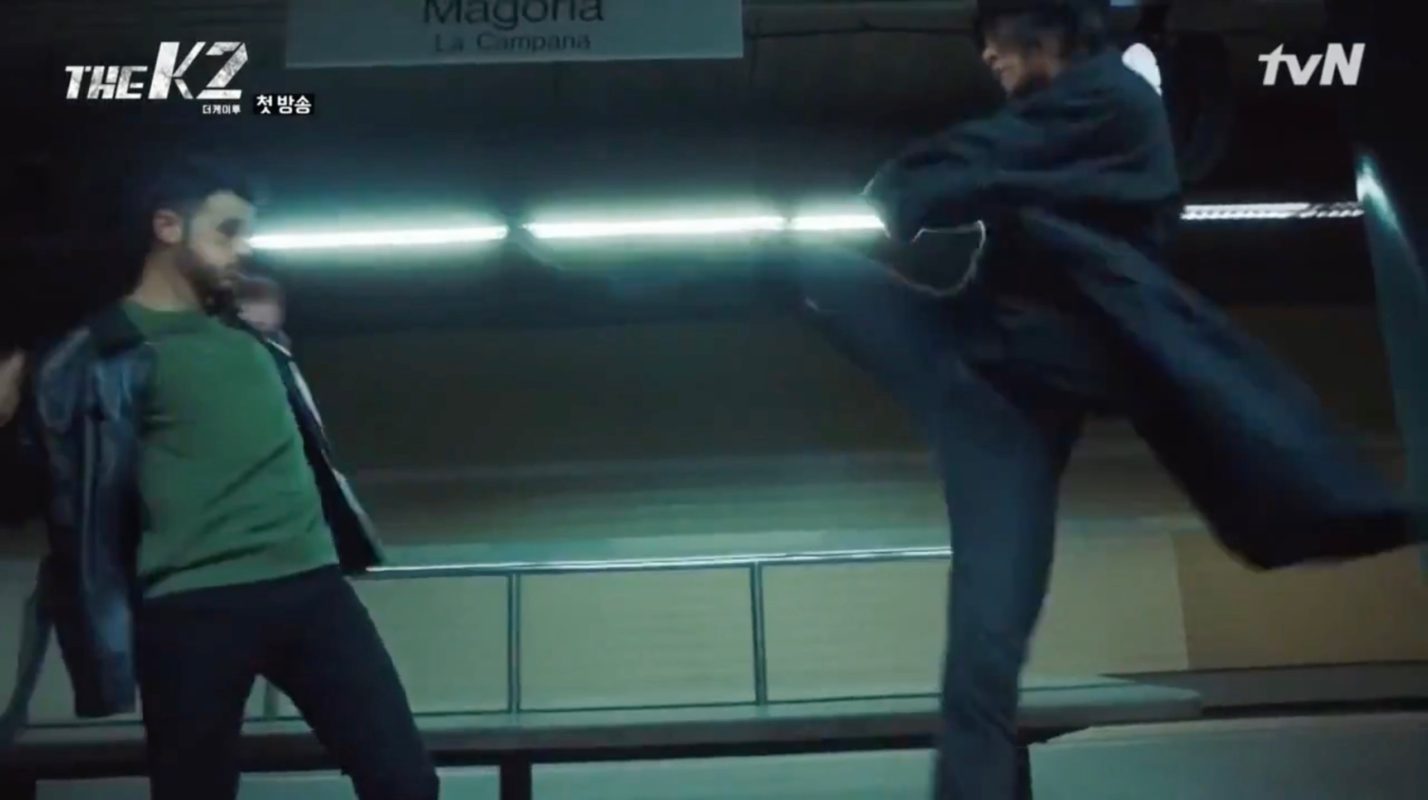 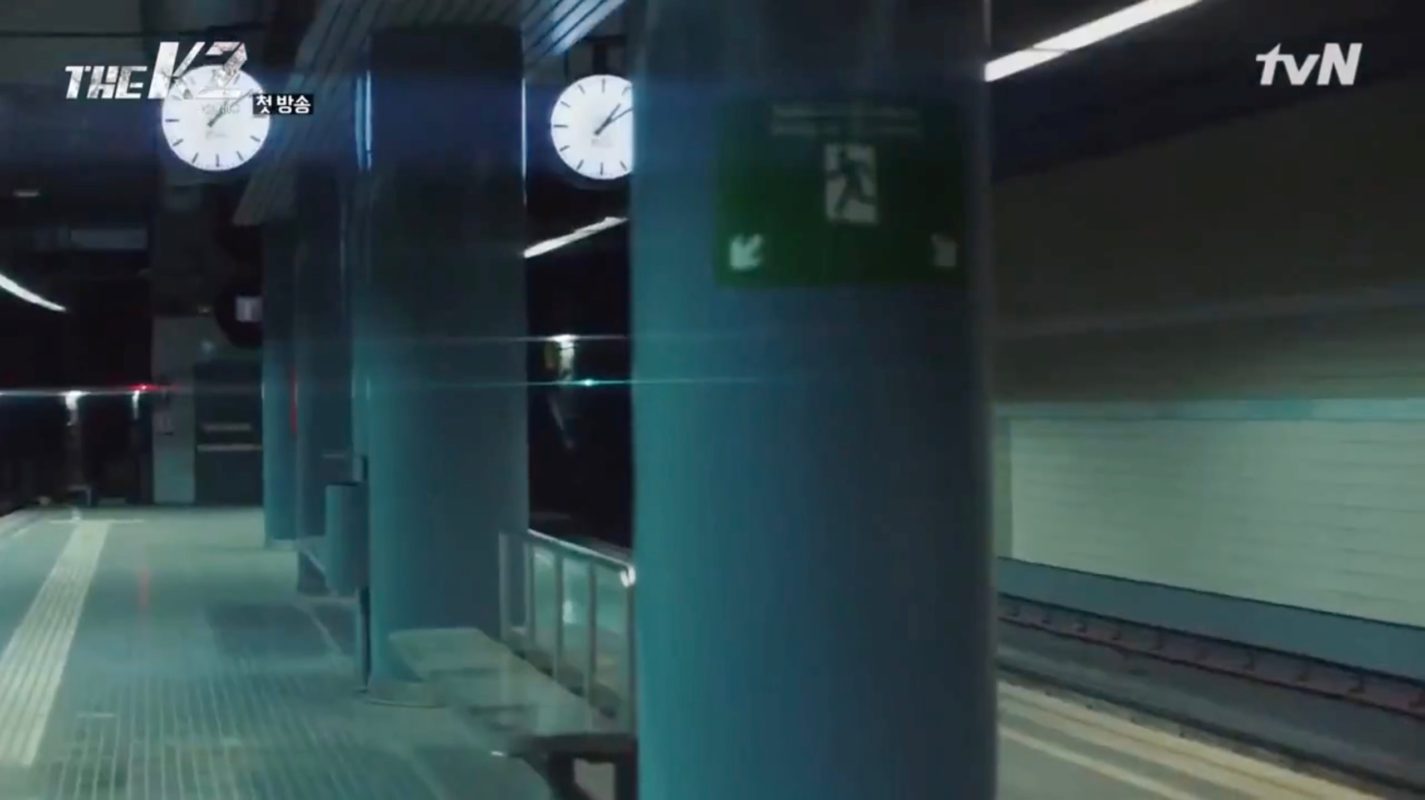 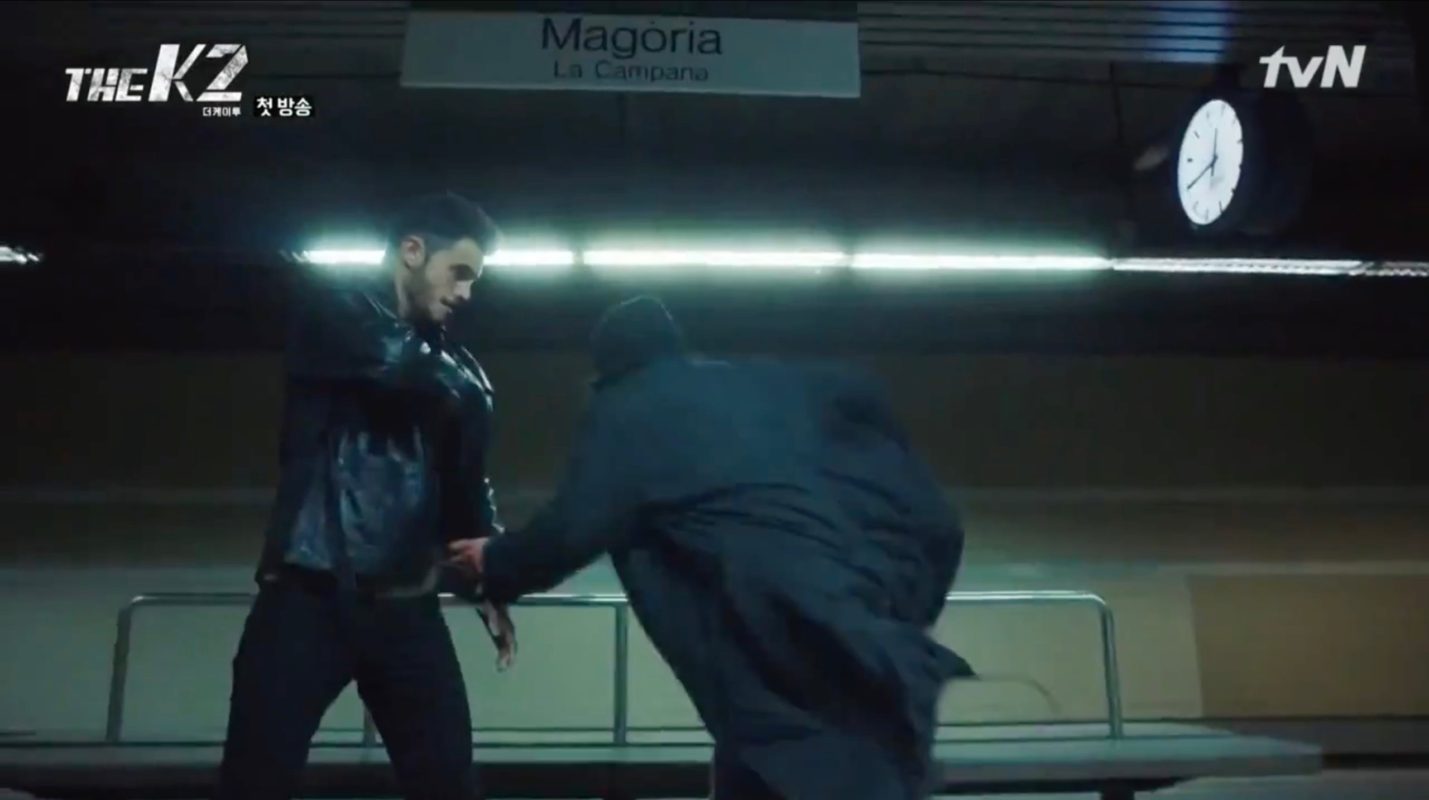 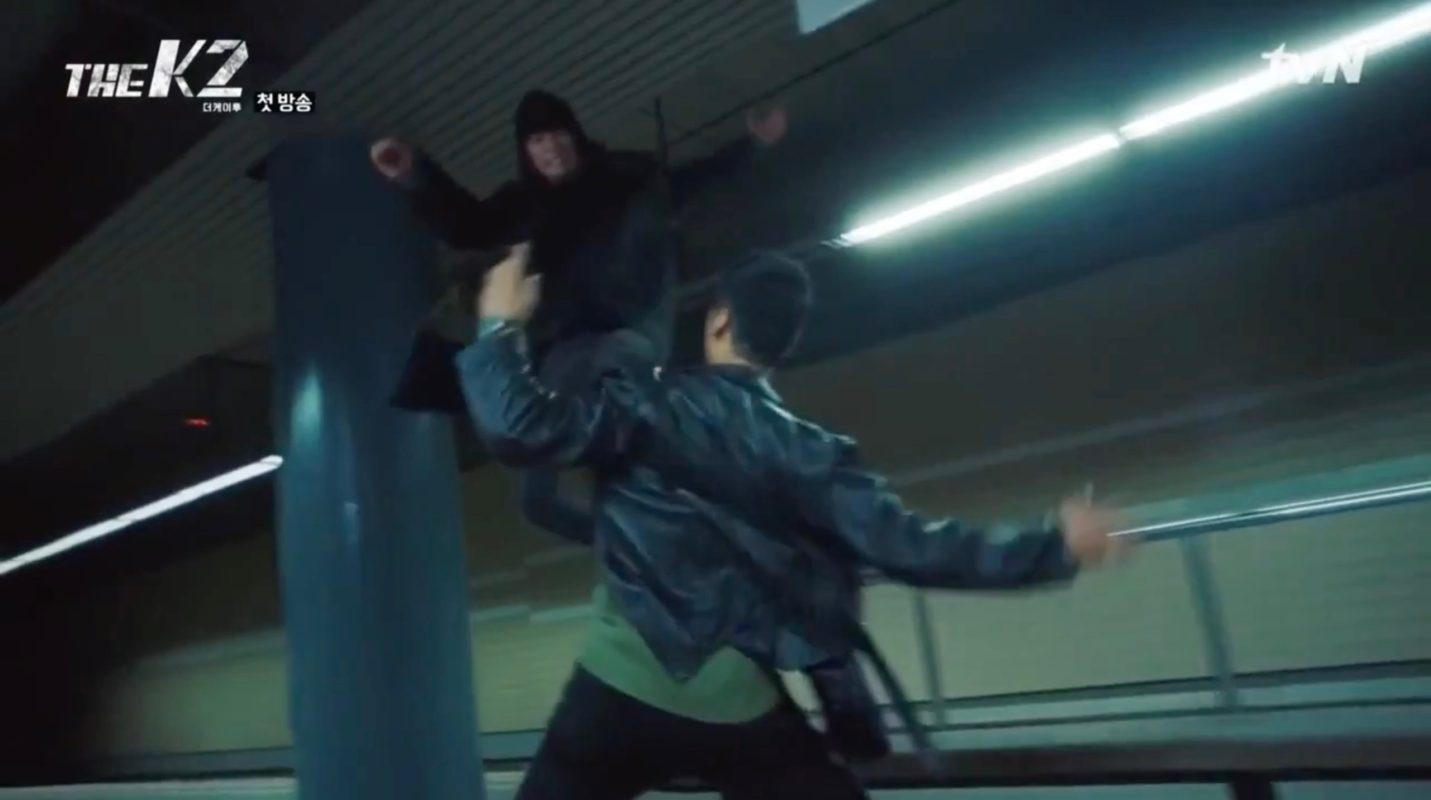 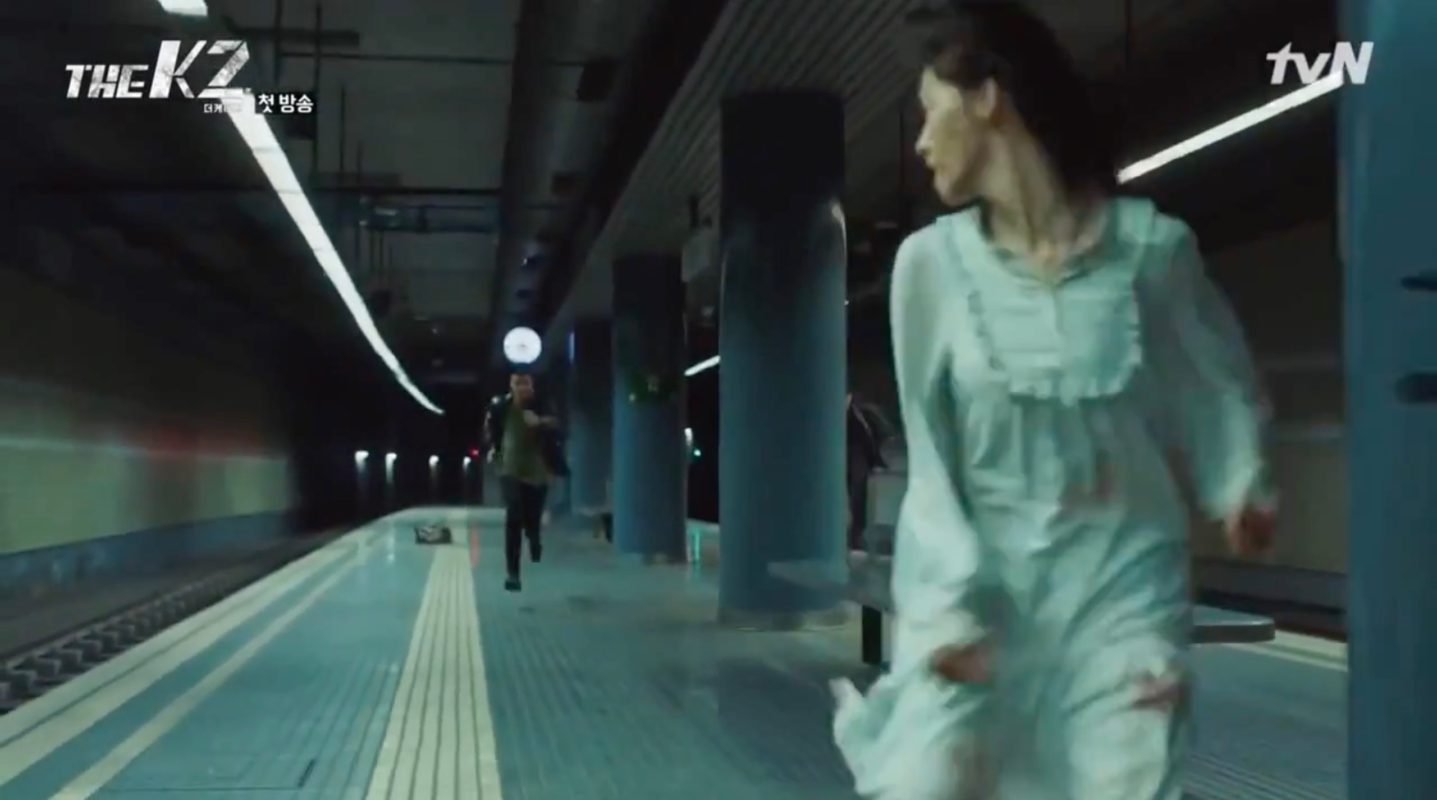 In this train station Ko An-Na (Joona of Girls’ Generation) and Kim Je-Ha (Ji Chang-Wook) meet the first time in episode 1 of The K2 (더 케이투) (tvN, 2016). An-Na helps out Je-Ha to flee from somebody who wants to track her down in fighting him on the platform.

Magòria-La Campana is a railway station situated under one of Barcelona’s major avenues, the Gran Via de les Corts Catalanes. It is located in Barcelona’s Sants-Montjuïc District. It is served by Barcelona Subway Line 8, Baix Llobregat Subway Lines S33, S4 and S8, and commuter rail Lines R5 and R6.
In The K2, only the platform scene was filmed at the station, the scenes of the entry of the station where filmed elsewhere.