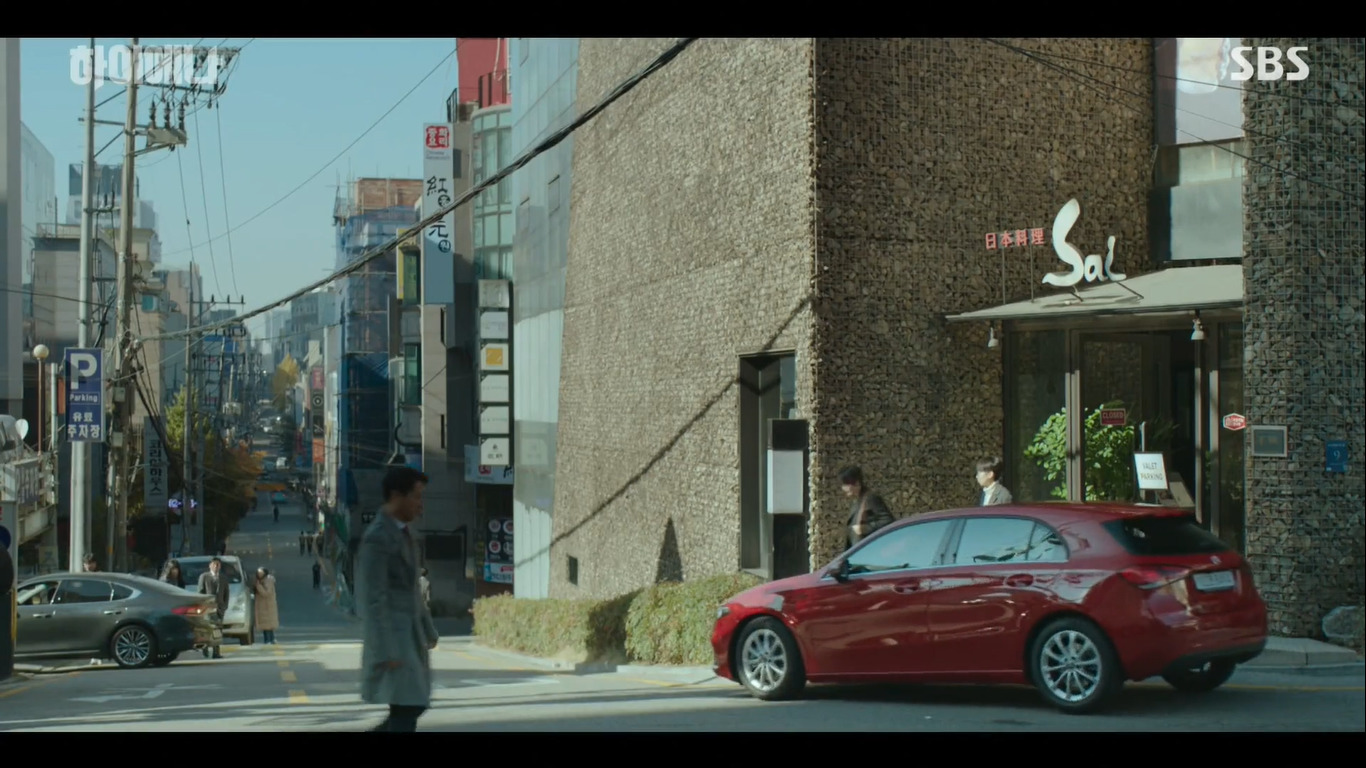 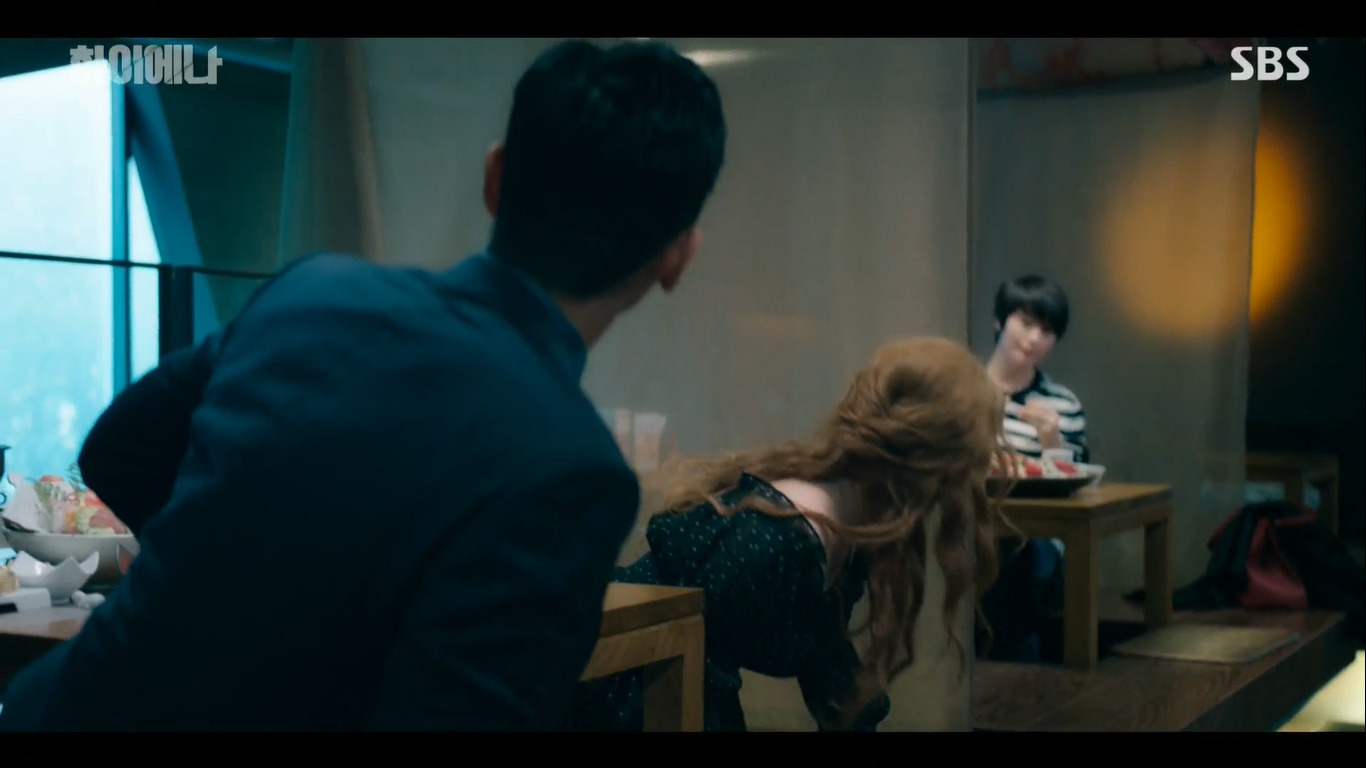 In episode 2 of Hyena (하이에나/Haiena) (SBS, 2020) this restaurant appears as “Sai”, a Japanese restaurant where elite lawyer Yoon Hee-jae (Ju Ji-hoon) meets his heiress rebound girlfriend Choi Yeon-Ji (Jung Hae-na) to break up over a delicious lunch of sashimi. Unknown to both of them, Hee-Jae’s ex-girlfriend, lawyer Jung Geum-ja (Kim Hye-soo), sits behind a curtain at the next table plotting her next move to poach his chaebol client. The outcome of the ensuing clash is that Hee-jae is single and angry again, and nobody gets to finish their expensive lunch!

Tokyo Saikabo [도쿄사이카보 청담본점일식당] is a Japanese restaurant located on the first two floors of the Yeongmyeong Building [영명빌딩] in Seoul’s neighborhood Cheongdam [Cheongdam-dong/청담동], in the Gangnam District [Gangnam-gu/강남구]. It is owned by Yeongmyeong Ltd, a South Korean company that was established in Tokyo in 1993 and responsible for introducing authentic Korean food and groceries into Japanese department stores.

The restaurant prides itself on its highly-skilled native Japanese chefs and authentic Japanese home cuisine, which not only portrays profound flavours, but Japanese culture with “cuisine that embodies the four seasons”. The interior was voted one of the most beautiful buildings in Seoul when it opened in 2011, and features huge boulders (one even suspended from the ceiling), rustic wood, stone panels, and also offers traditional and western seating.