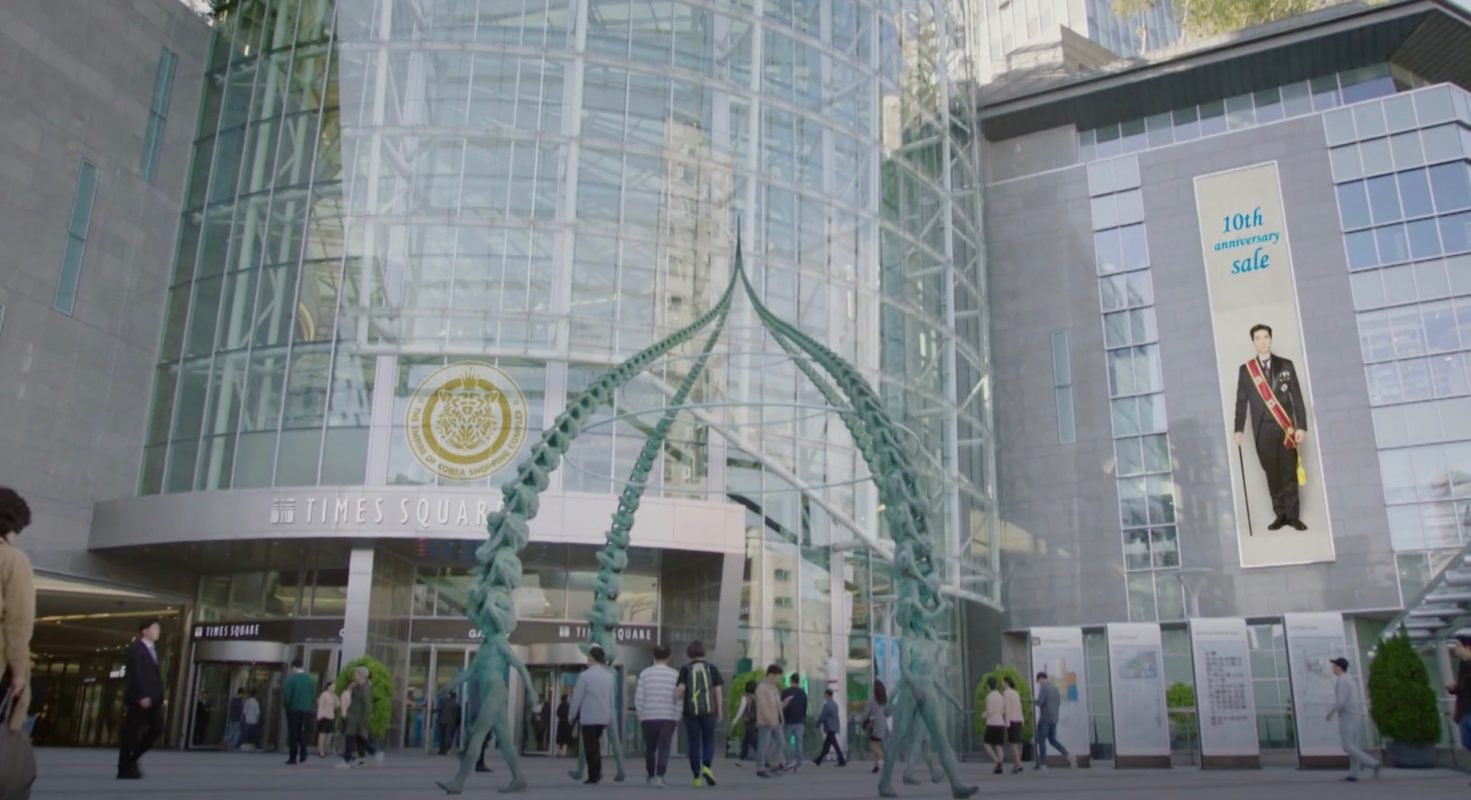 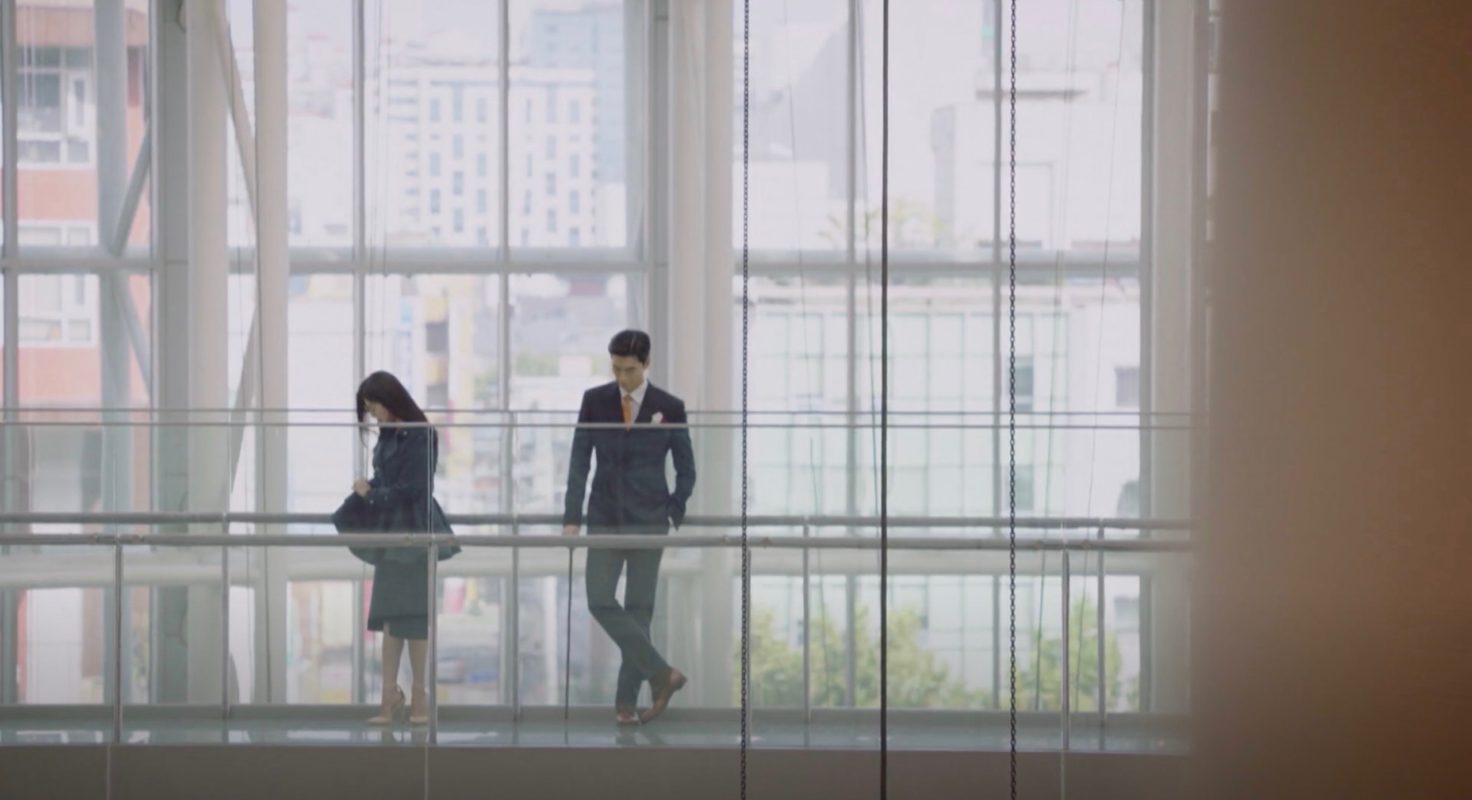 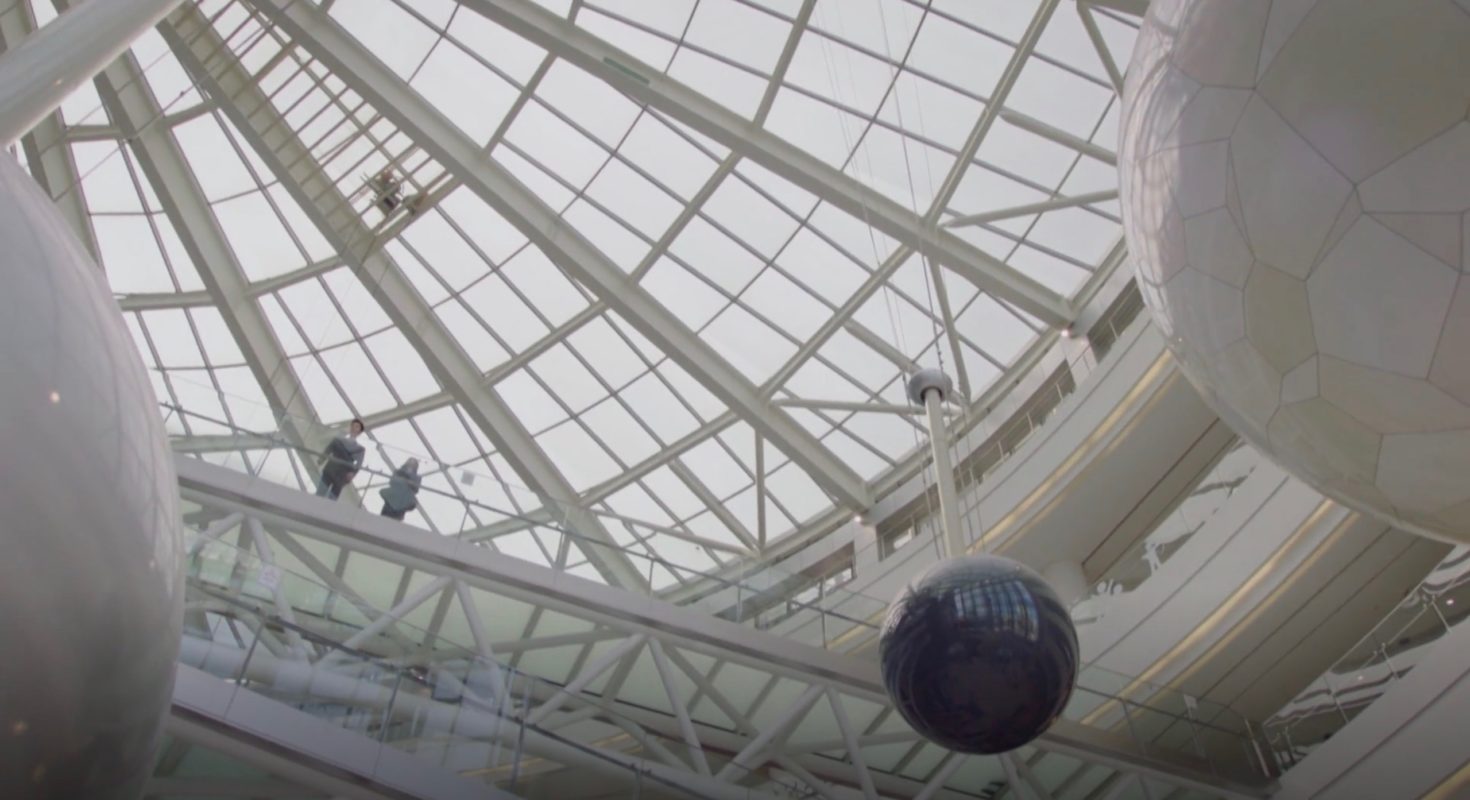 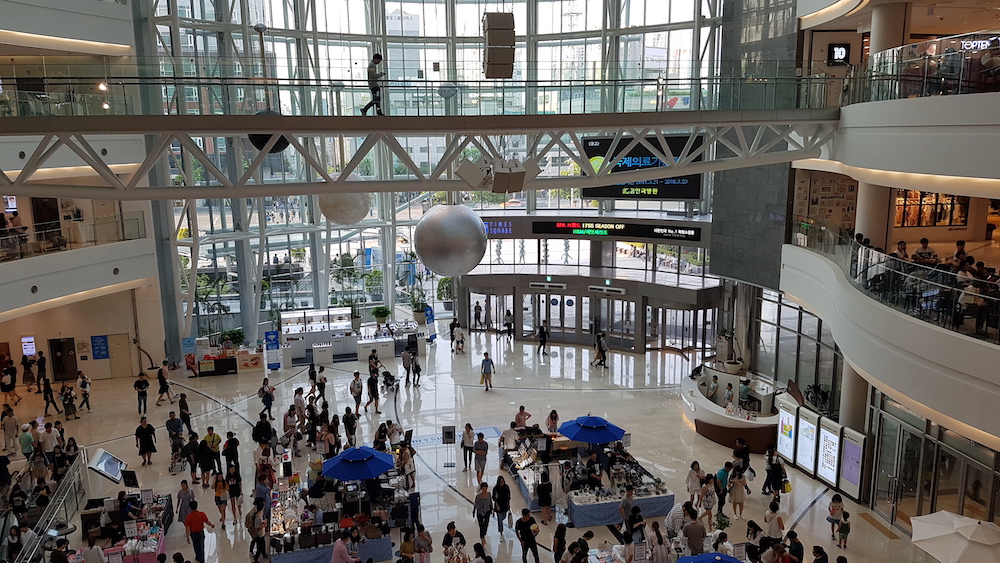 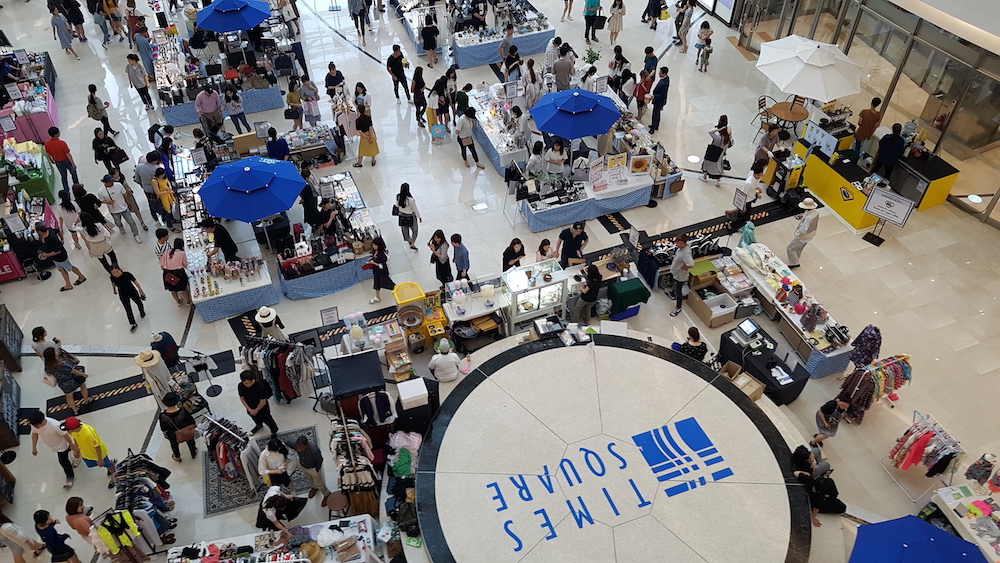 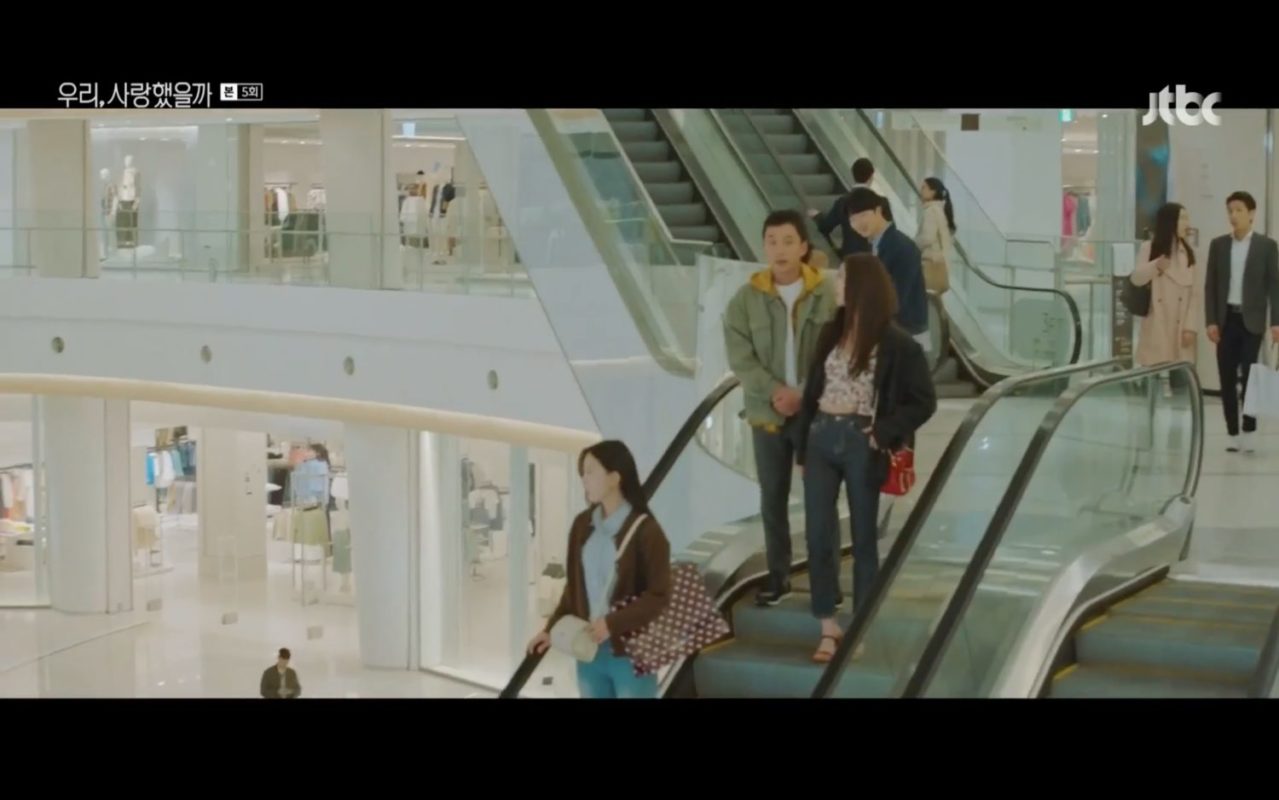 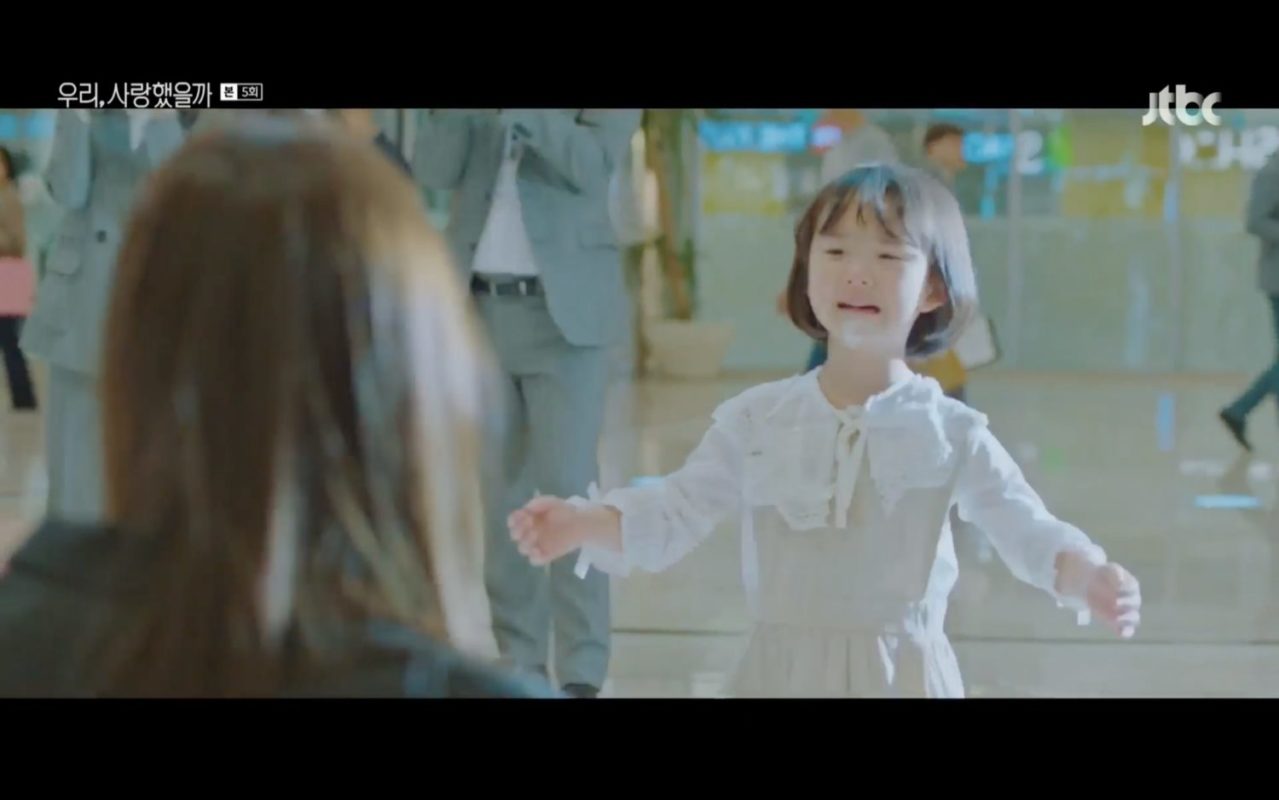 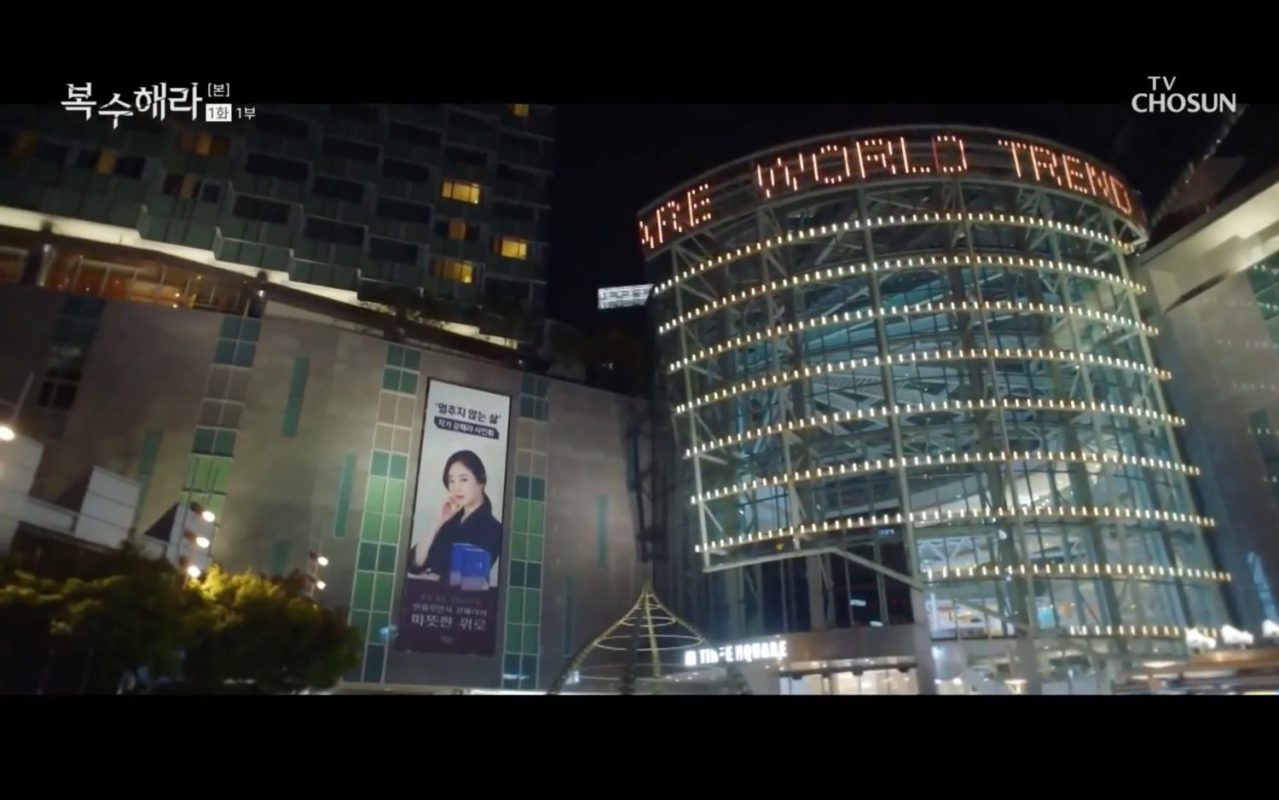 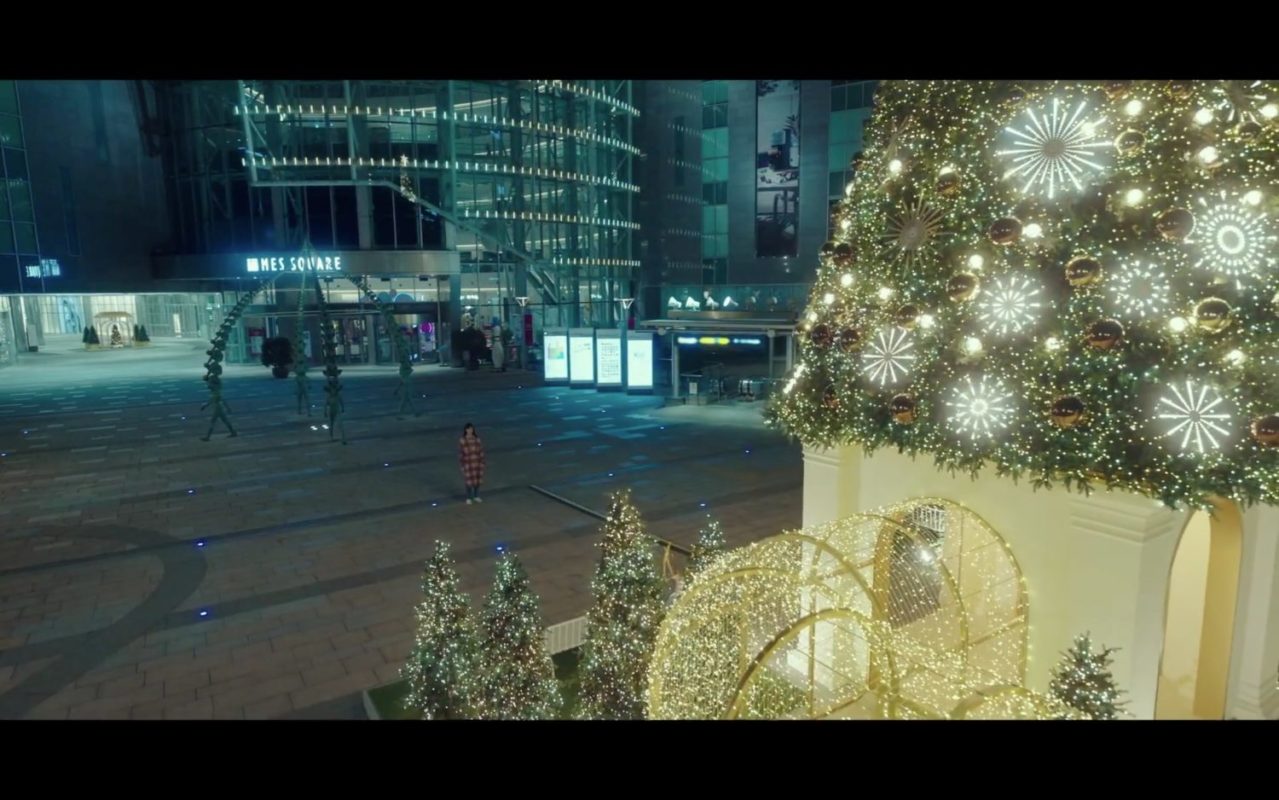 Gong Tae-sung (Kim Young-dae) and Oh Han-byul (Lee Sung-kyung) had arranged to meet up in front of this mall at night in episode 9 of Sh**ting Stars/Shooting Stars (Byeolttongbyeol/별똥별) (tvN, 2022) but before Han-byul arrives, he is ‘taken hostage’ by a group of fans.

The exterior of this mall appears as the one of the venue at which Kang Hae-ra (Kim Sa-rang) has her book signing event in episode 1 of Get Revenge/Revenge/The Goddess of Revenge (Boksuhaera/복수해라) (TV Chosun, 2020-21) — Please note: the interior scenes were filmed somewhere else.

Joo Ah-rin (Kim Da-som) comes to this mall for an event in episode 5 of Was It Love/Did We Love?/We, Were in Love (우리, 사랑했을까) (JTBC, 2020). When seeing a crying child, she walks up to it — fully calculating that she will be photographed and she can keep sustaining her image as Asia’s angel like this.

This complex appears as one of the royal family’s businesses in The Last Empress/Empress’s Dignity (황후의 품격) (SBS, 2018-19). In episode 9, Emperor Lee Hyuk (Shin Sung-rok) brings Min Yoo-ra (Lee Elijah) to this mall to show off with the royal family’s fortune. In episode 22, Emperor Lee Hyuk (Shin Sung-rok) and Oh Ssu-ni (Jang Na-ra) come here to showcase their rekindled love and when Ssu-ni is attacked, Na Wang-sik (Choi Jin-hyuk) protects her.

The complex was designed by Junglim Architects & Engineers (대한민국 정림건축 종합건축사사무소) for which they earned the Grand Prize of the 28th Seoul Architecture Awards in 2010 (2010 제28회 서울특별시 건축상), the Artwork Award of the 2010 Urban Design Society (2010 도시설계학회), and the Grand Prize (Architecture Category) of the 5th Korea Civil Engineering and Building Technology Awards in 2009 (2009 제5회 대한민국 토목).

In 2012, this mall was selected as one of 100 regular filming locations for movies and dramas by the Seoul Metropolitan Government and the Seoul Film Council, and featured in the brochure The Places In Seoul Cinema Fell in Love With (영화가 사랑한 서울 촬영지 100선). This building is also one of the 380 traditional and modern-contemporary buildings in Seoul that were selected for the The Seoul Architectural Guide (2013, page 158).