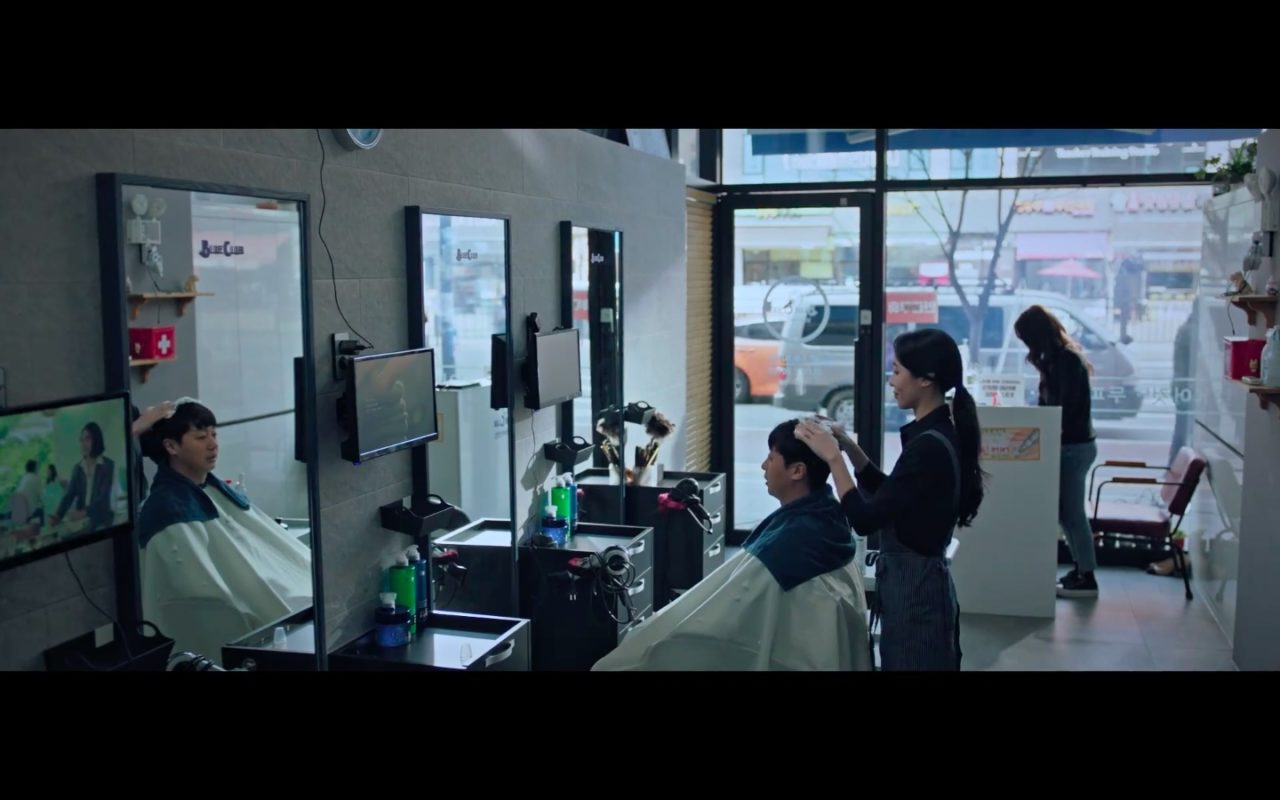 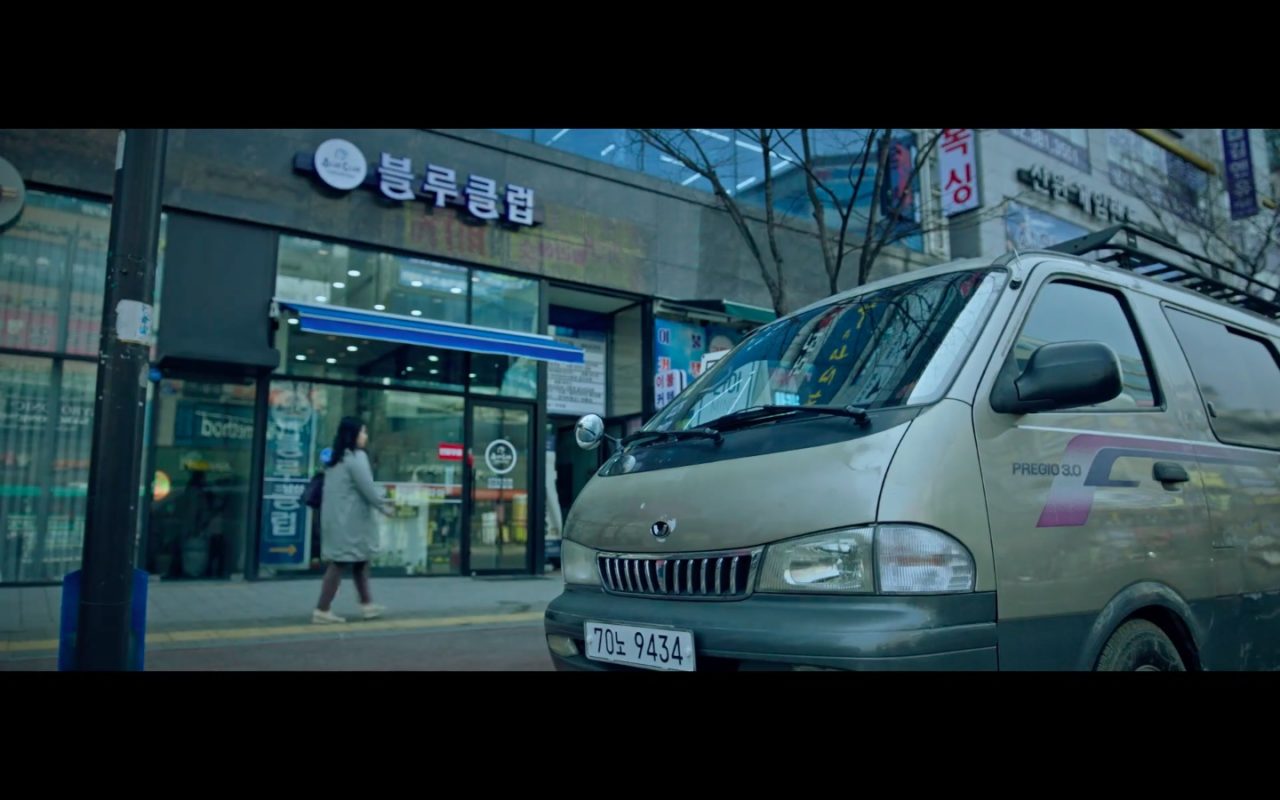 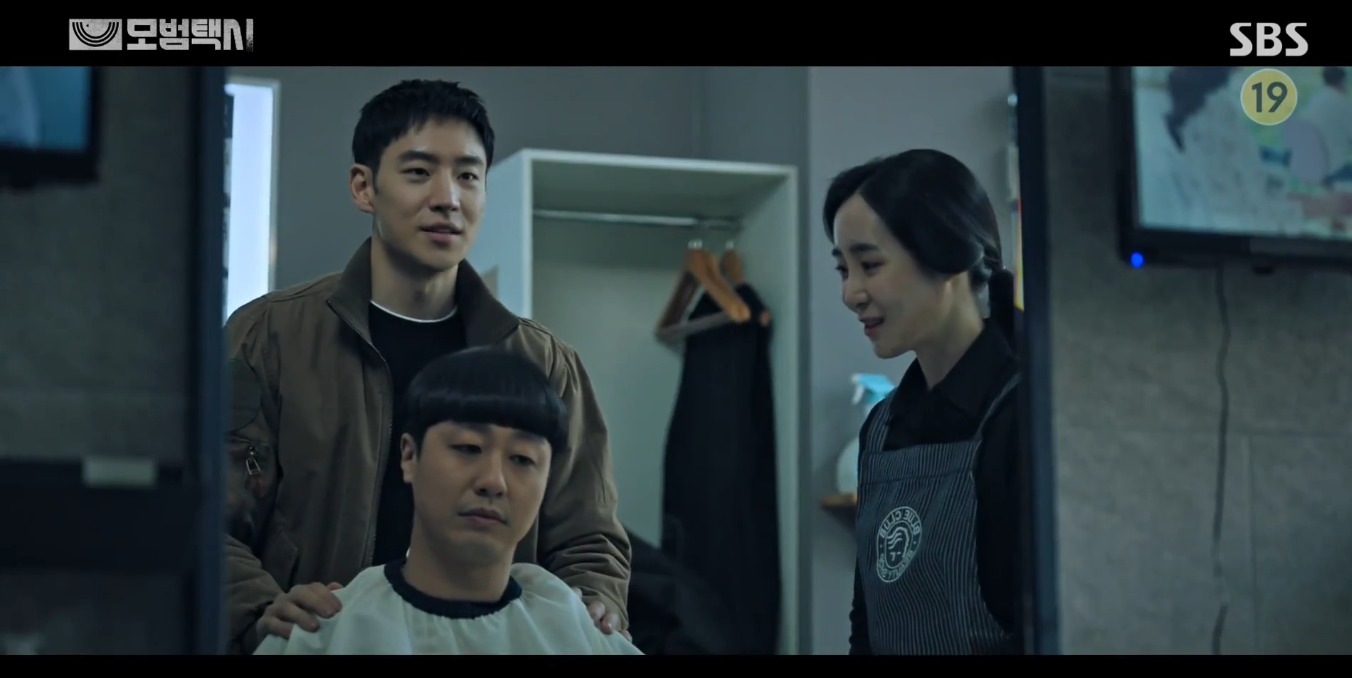 In full episode 9 of Taxi Driver/Deluxe Taxi (모범택시) (SBS, 2021), Kim Do-ki (Lee Ji-hoon) takes  Rainbow Deluxe Taxi mechanic Park Jin-eon (Bae Yoo-ram) to this hair shop for a makeover, so he can pass off as a 20-year-old student, which is his role in their voice phishing revenge plot. Older mechanic and voice phishing victim Choi Kyung-koo (Jang Hyuk-jin) opts for a hair vitamin massage, just on the top of his head, as he is happy to look only five years younger!

Having over 300 outlets and 20 years of experience, Blue Club is named for “blue” referring to a colour for men, and “club” as a place where “high quality men” can gather and have a sense of “unity” with staff and fellow customers. In South Korea, this franchise is known for its no-frills cuts and service. Basic cuts start at 9,000won; however, customers are expected to wash and towel-dry their hair themselves after their cut!