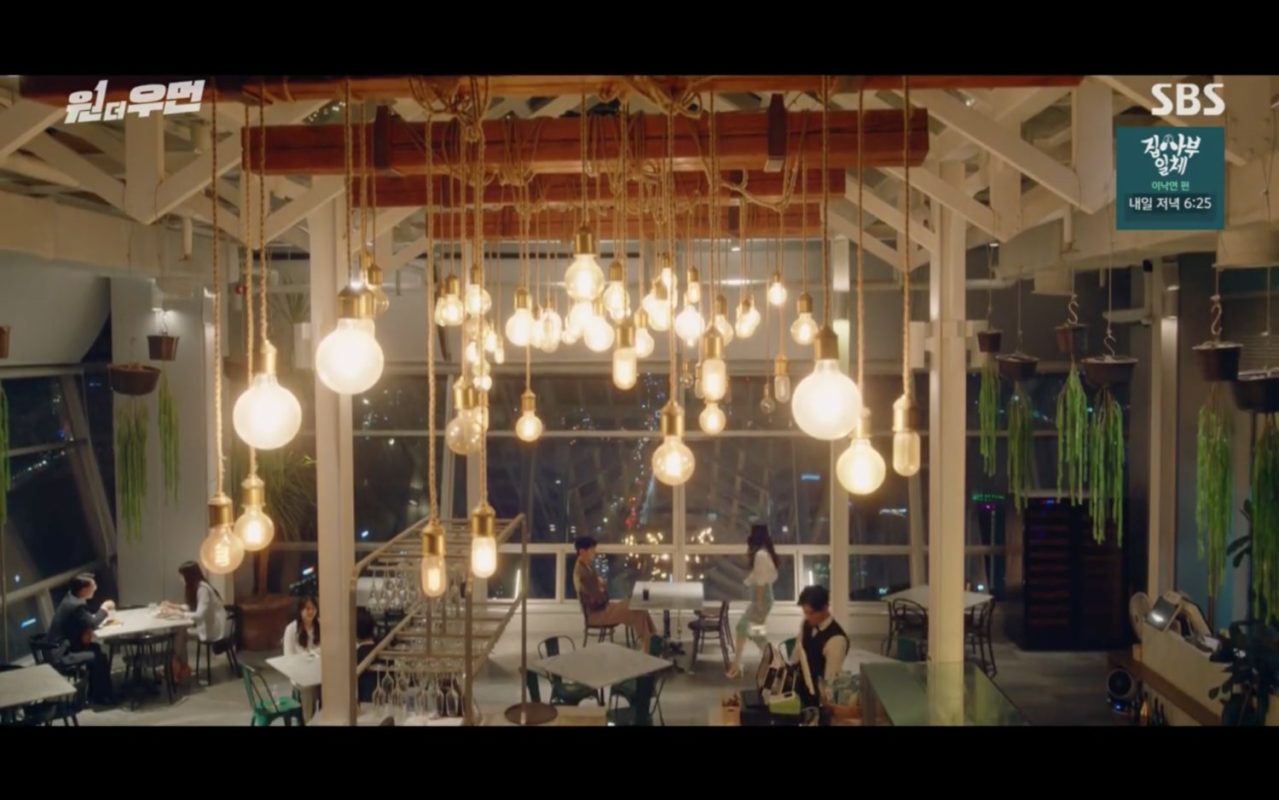 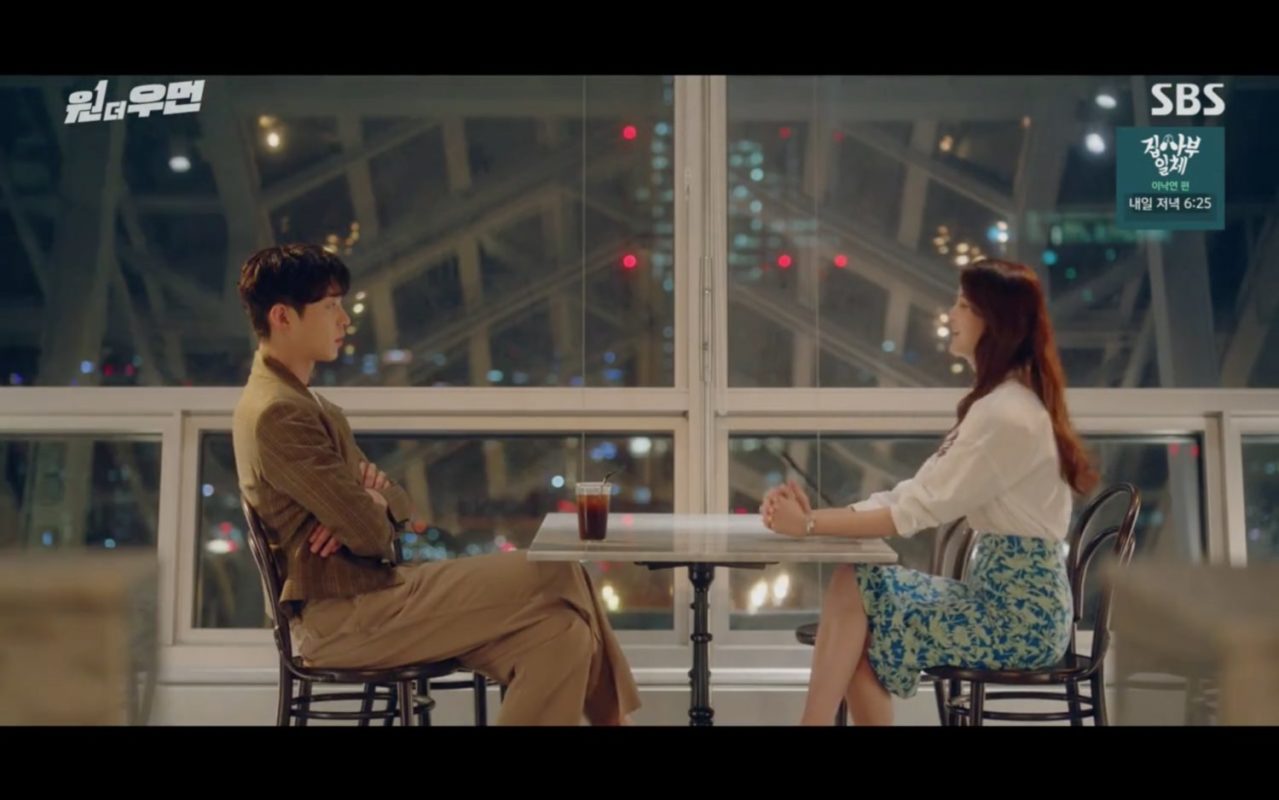 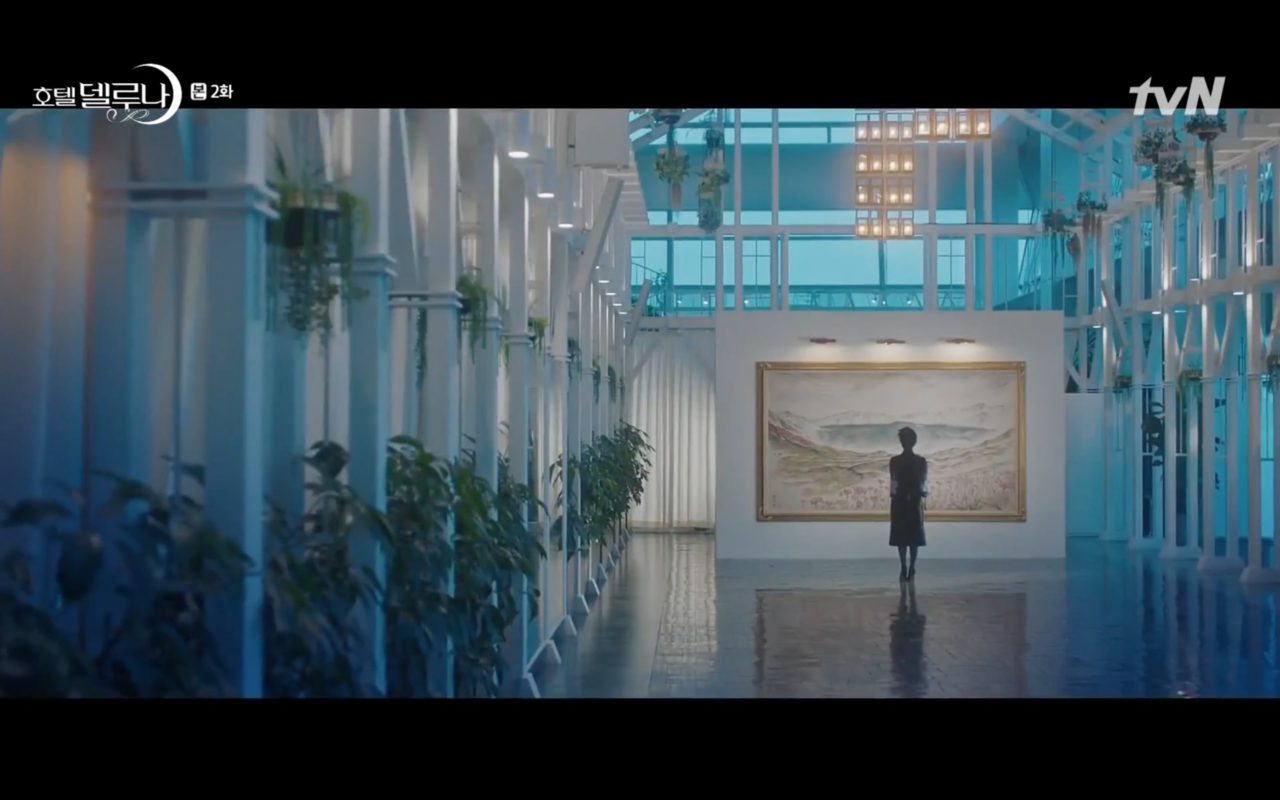 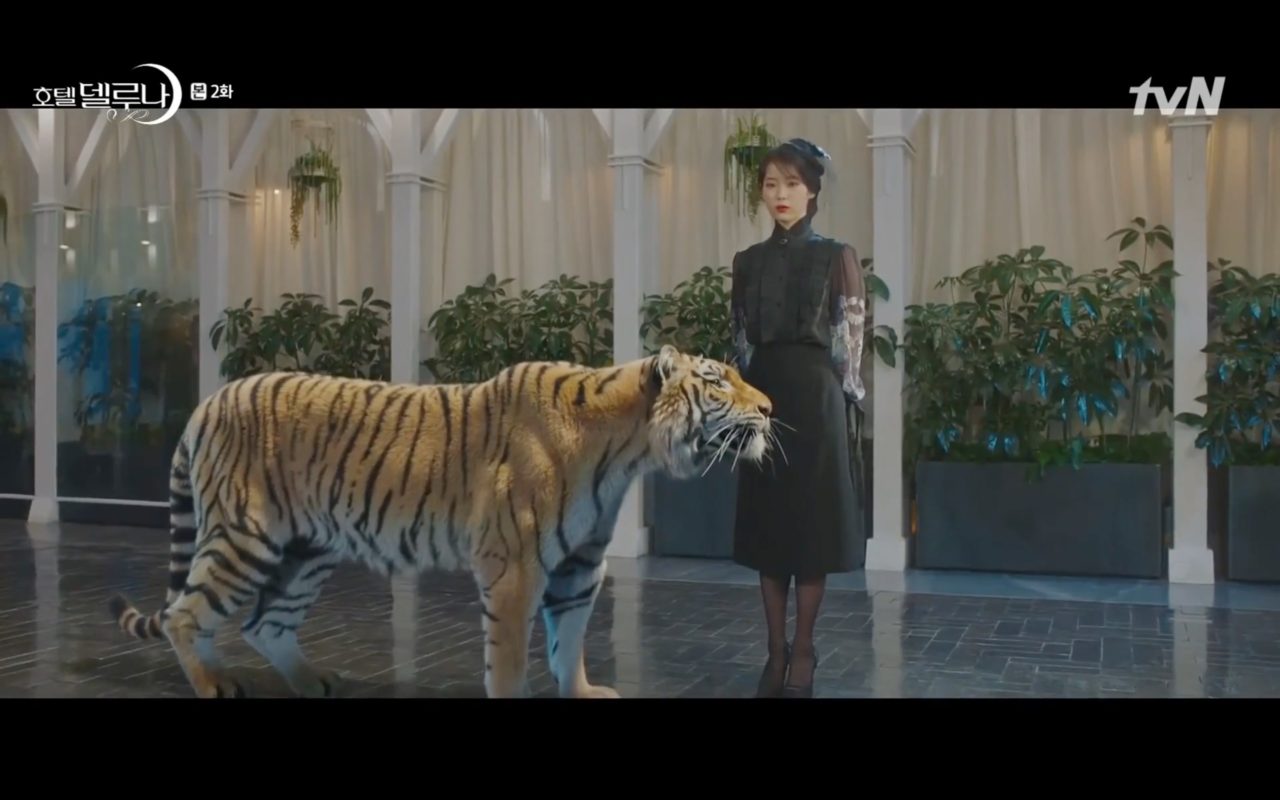 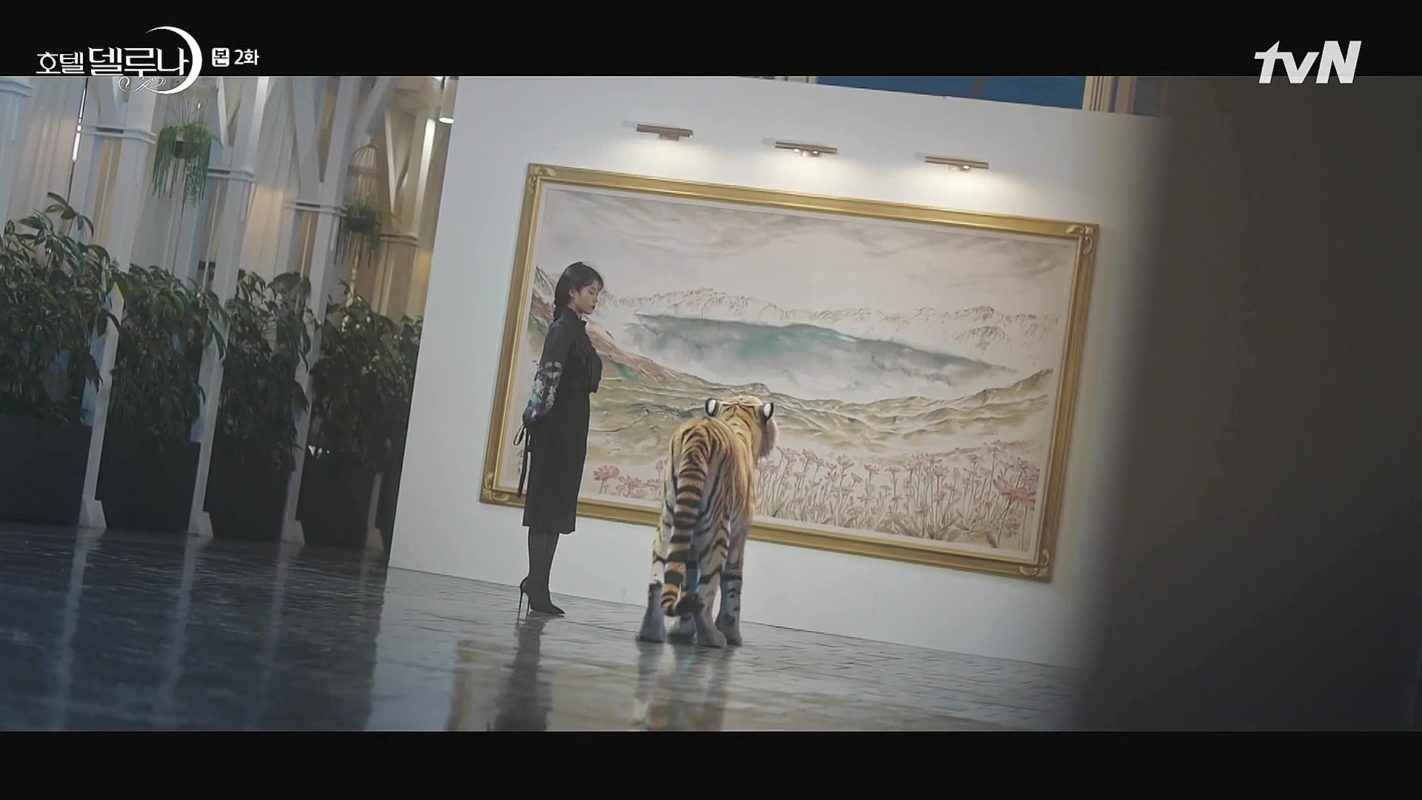 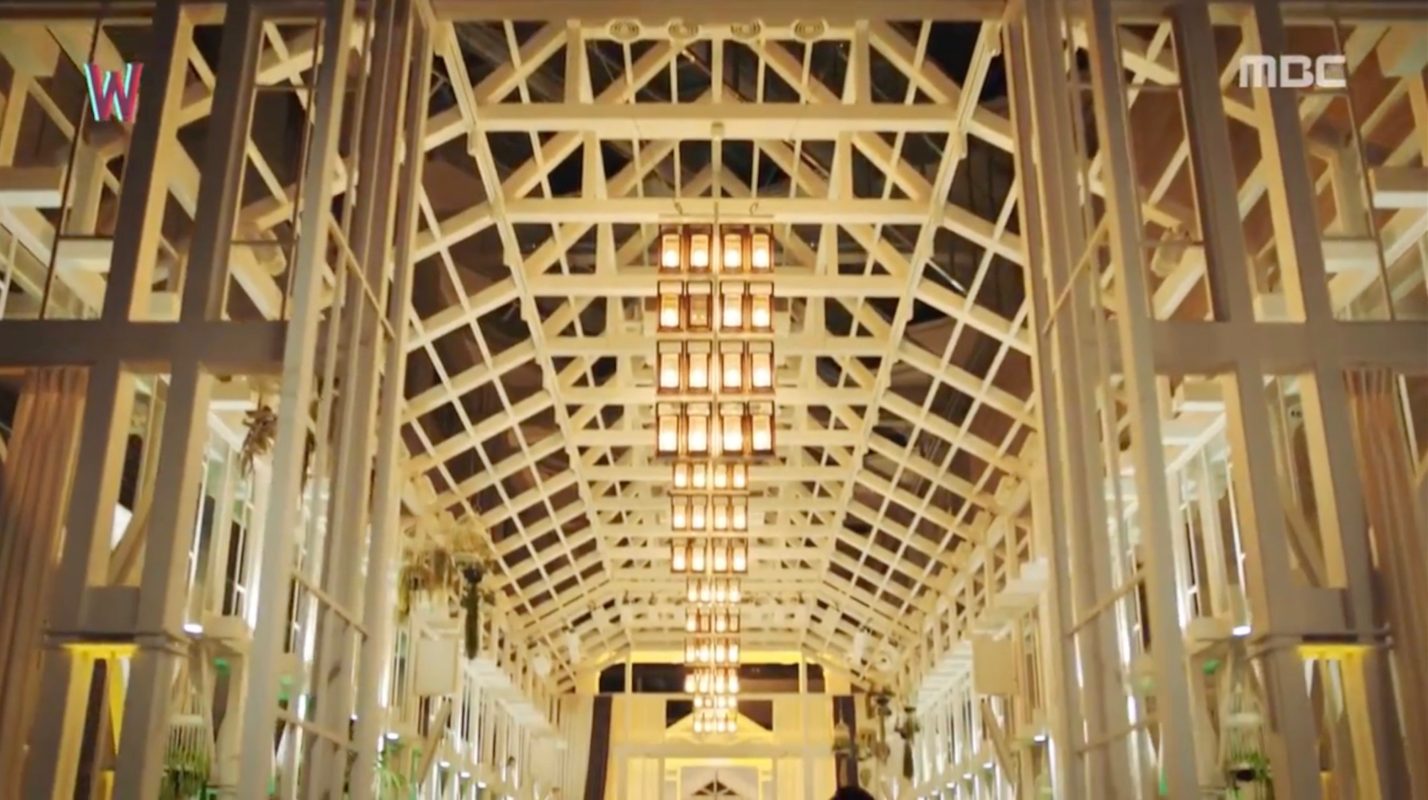 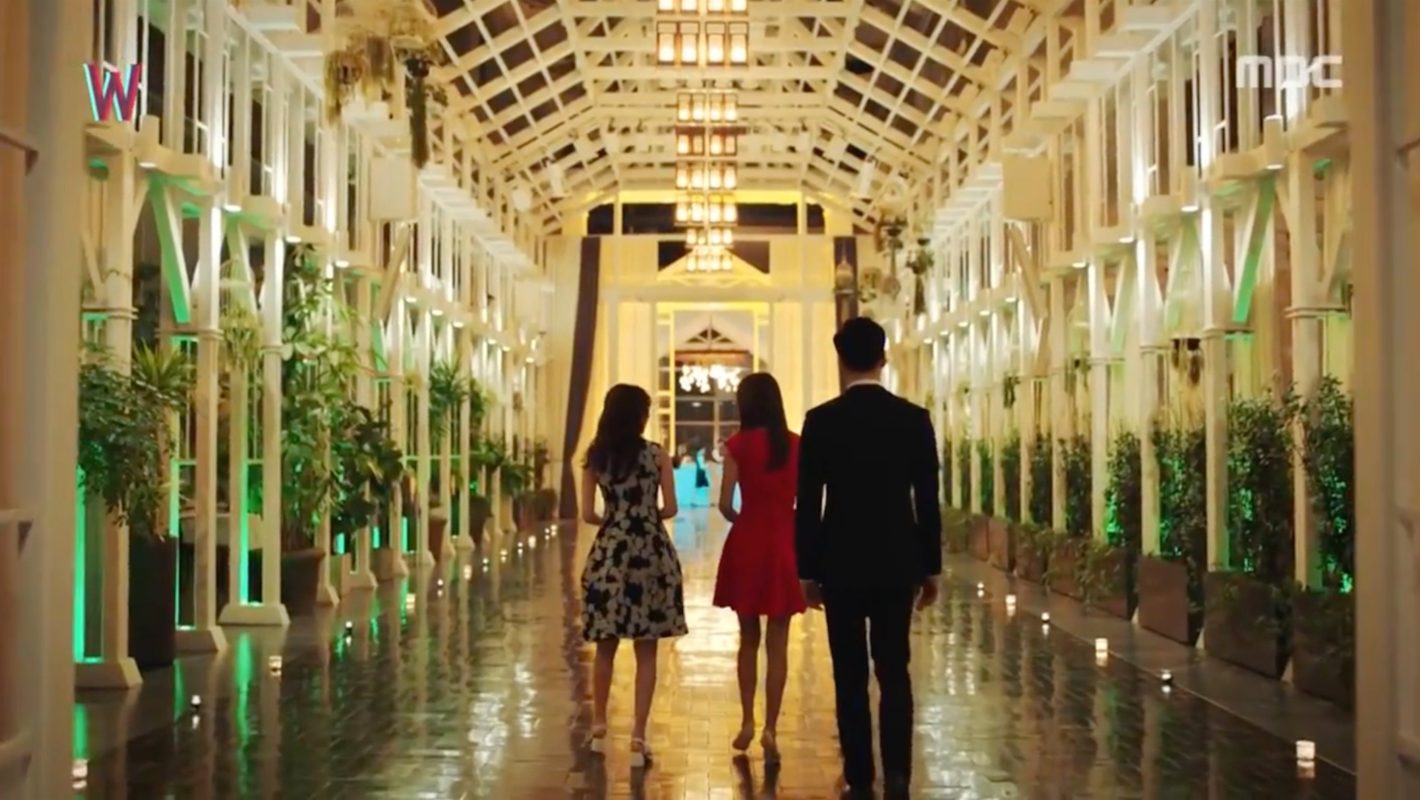 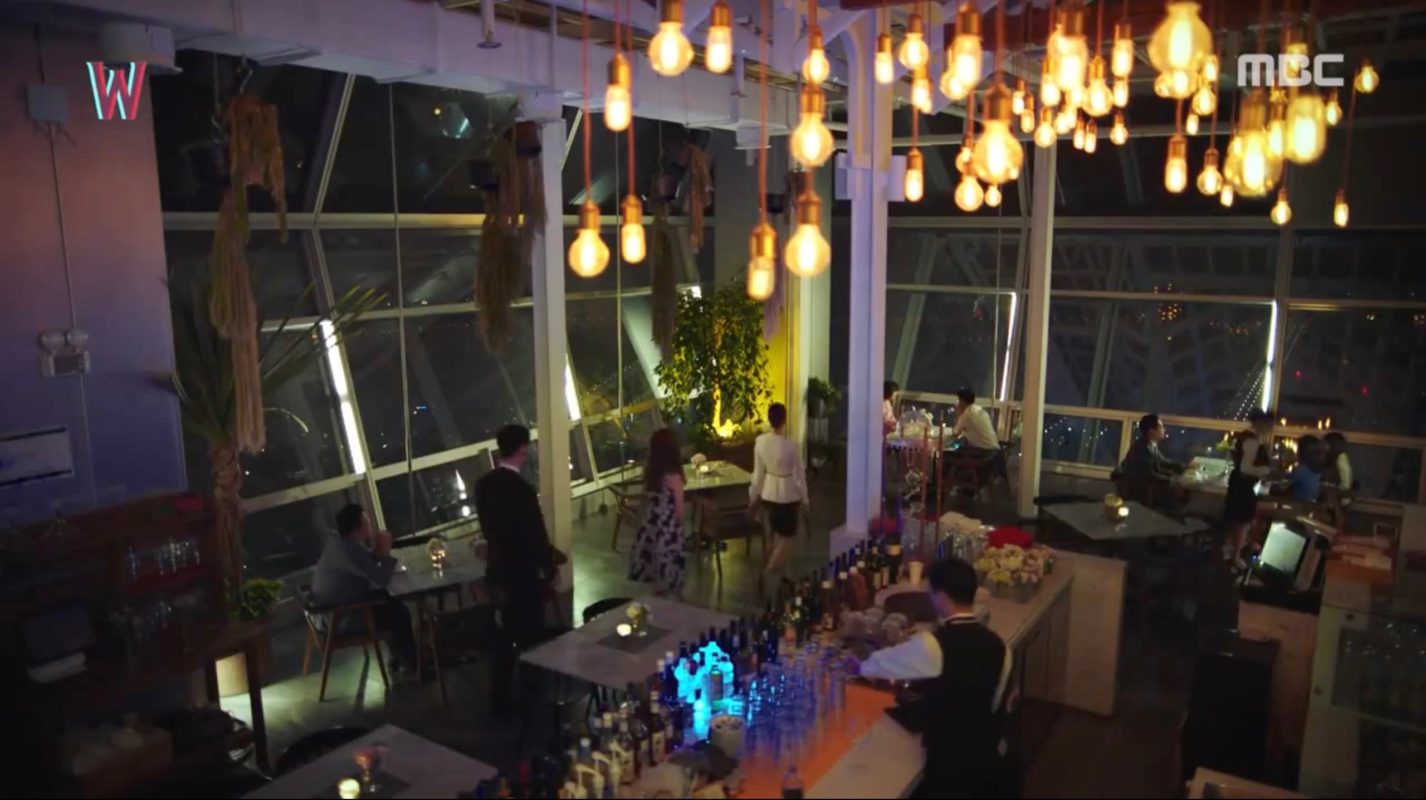 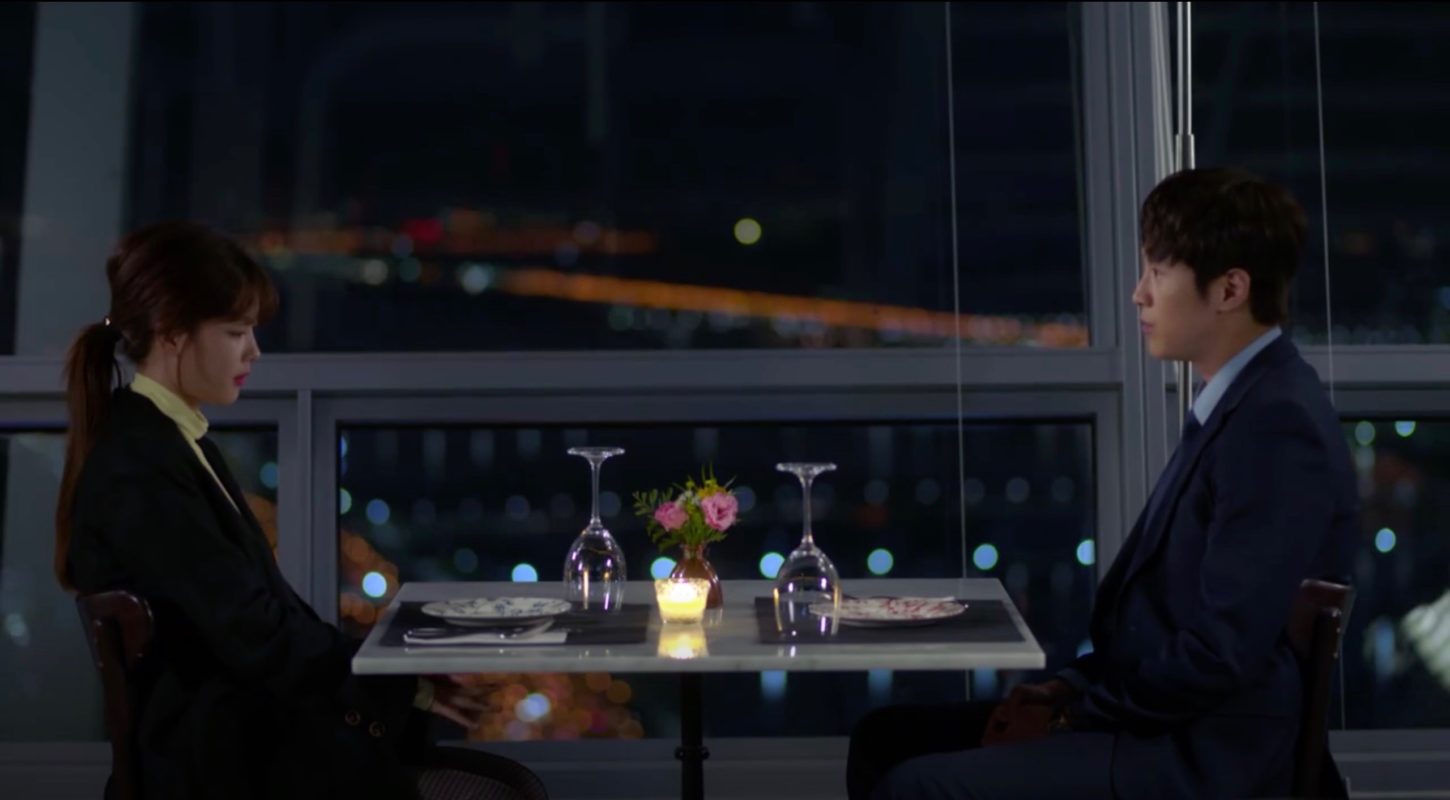 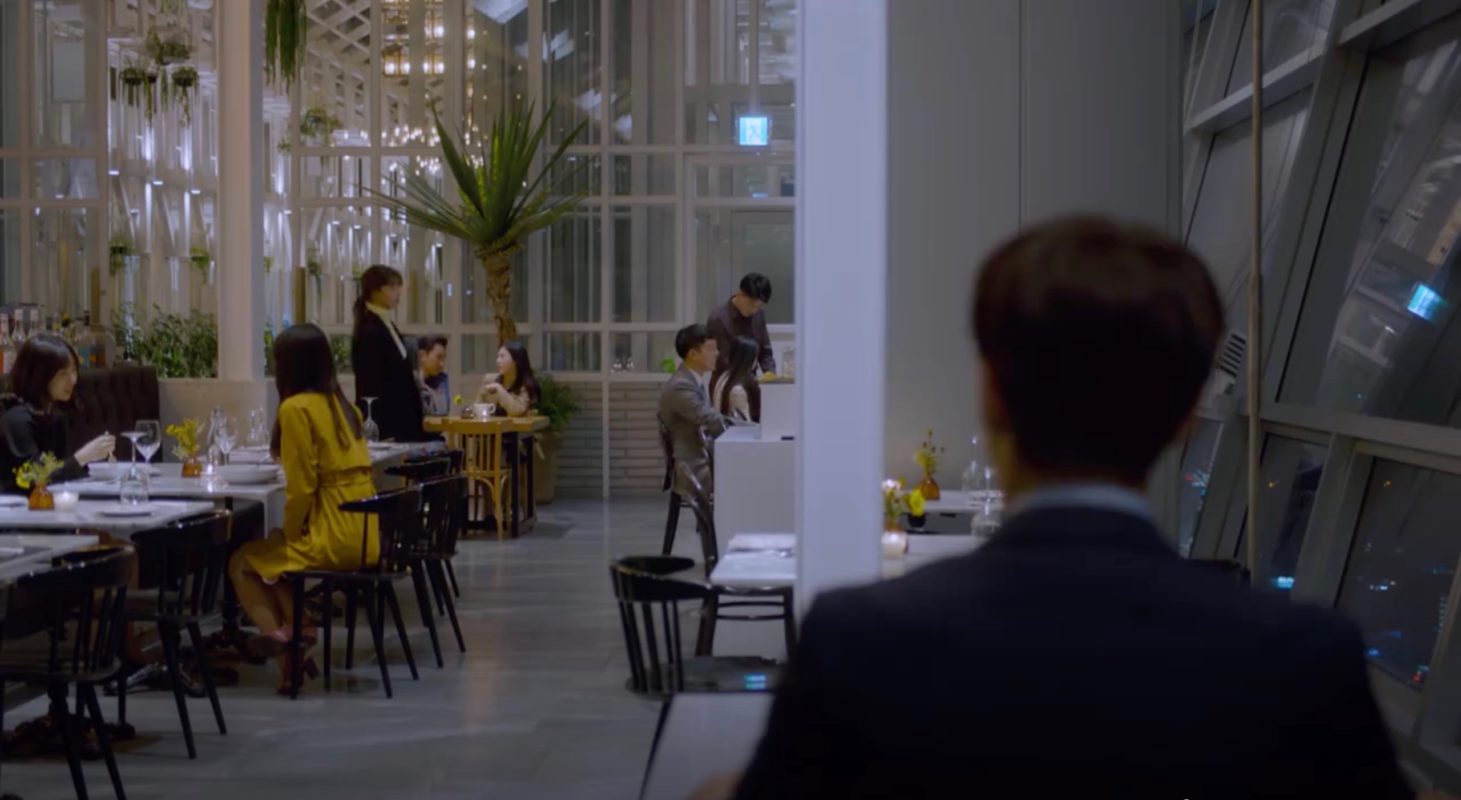 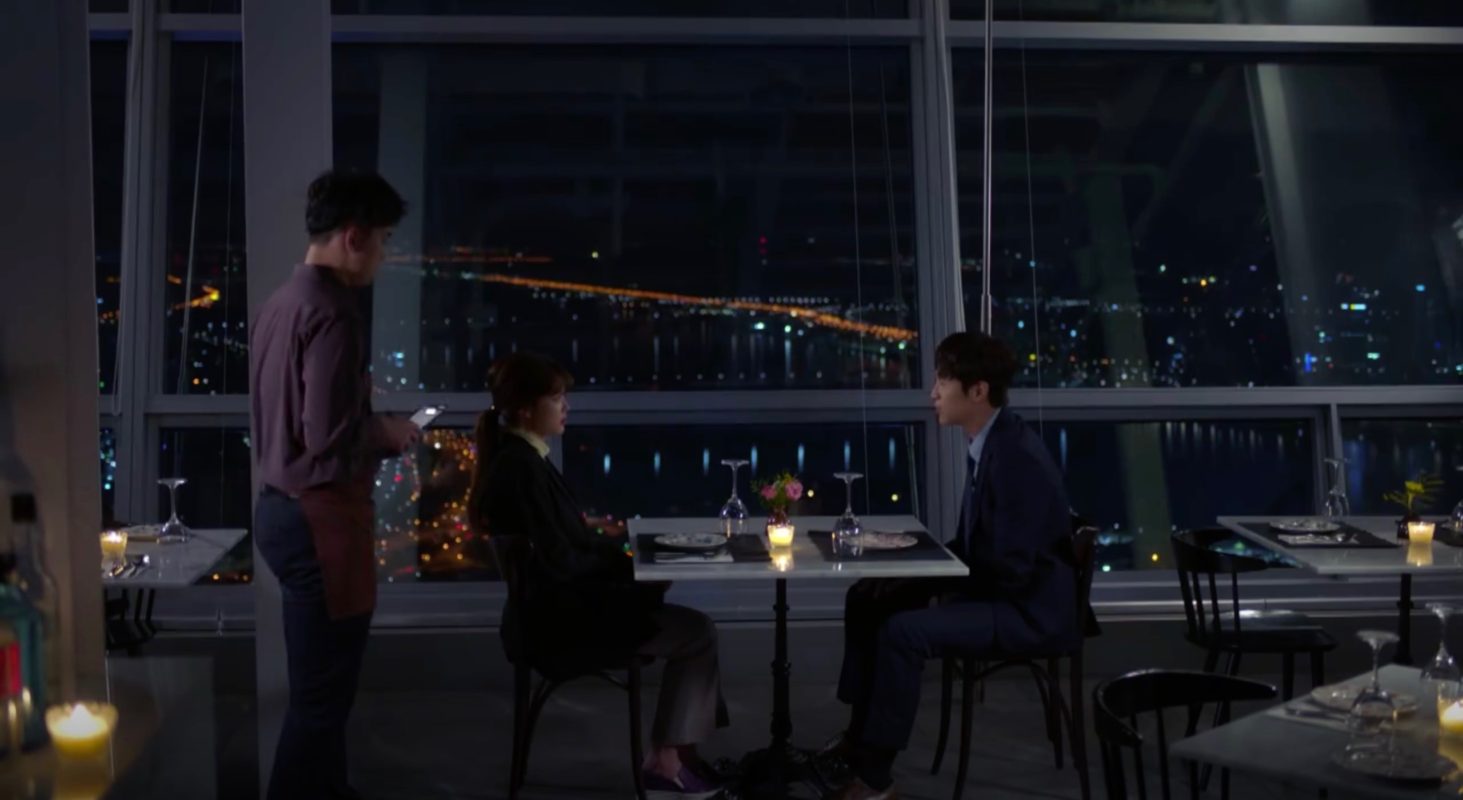 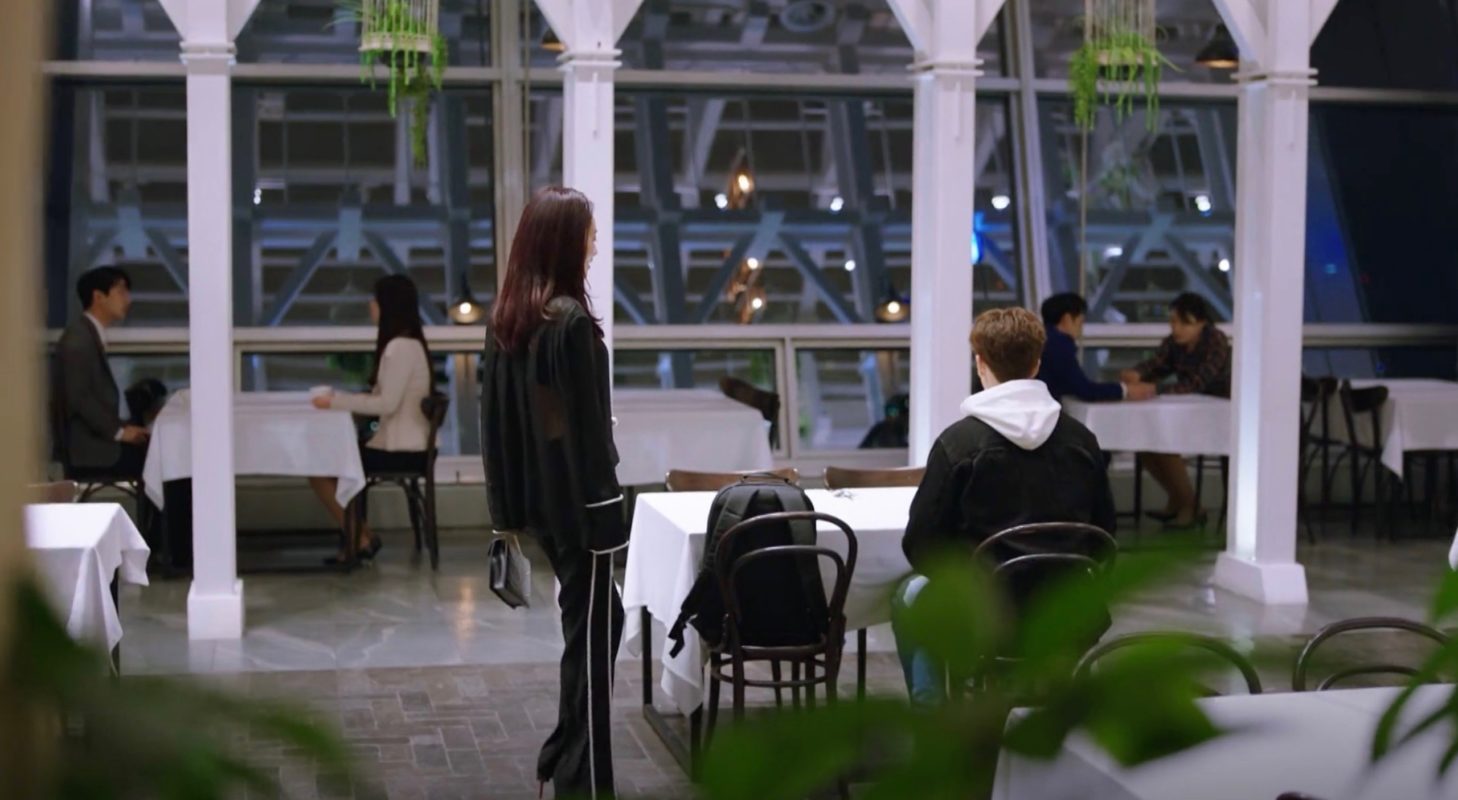 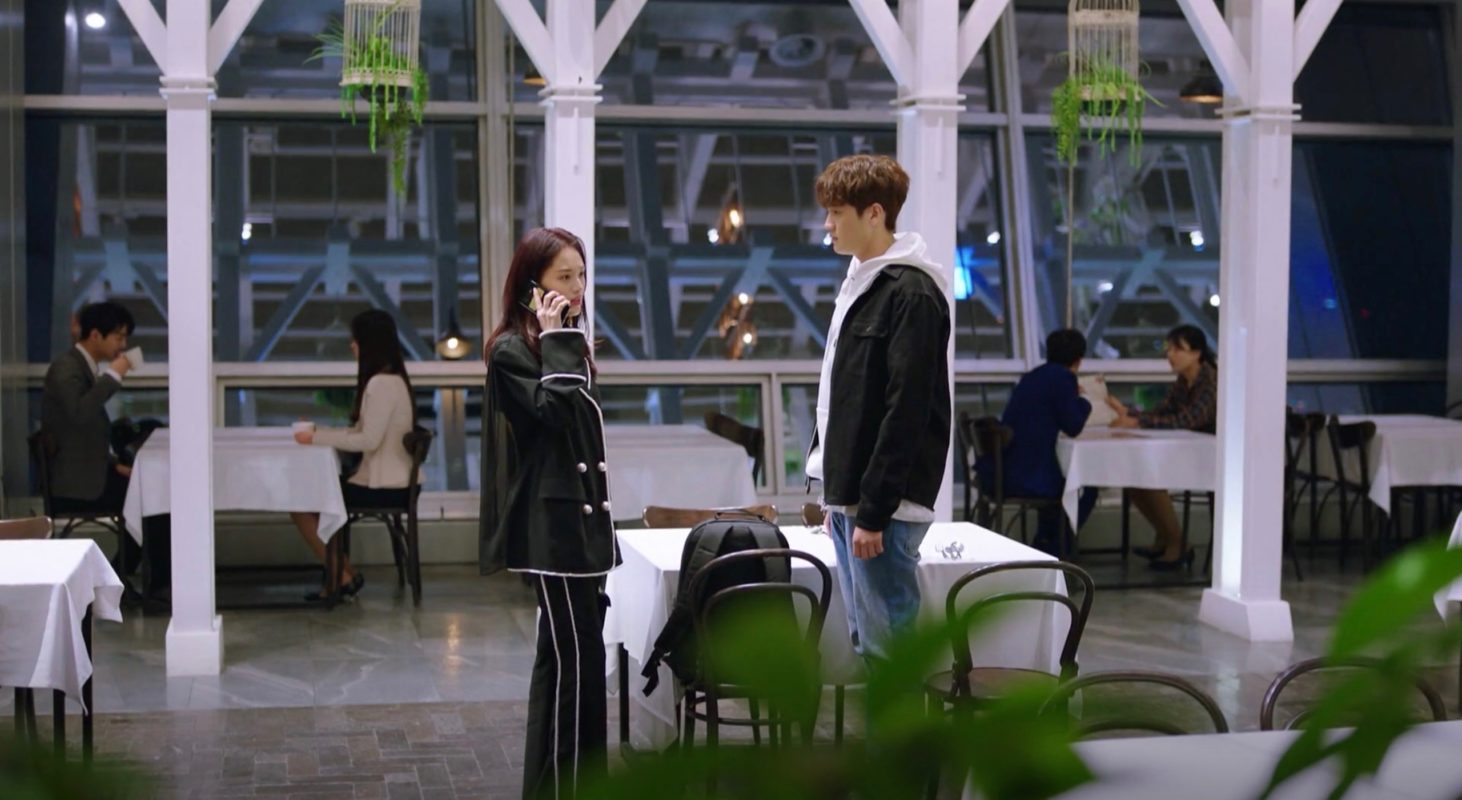 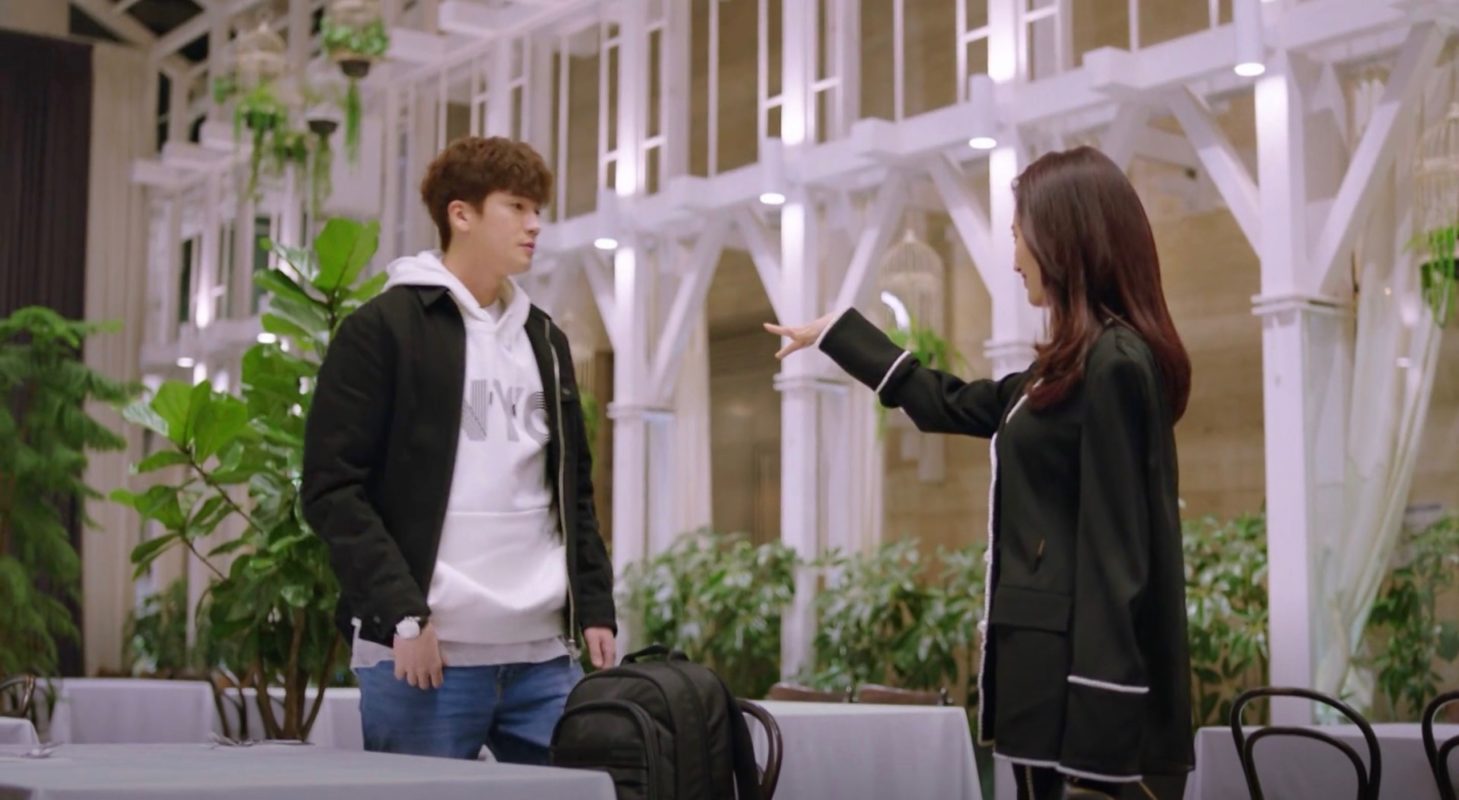 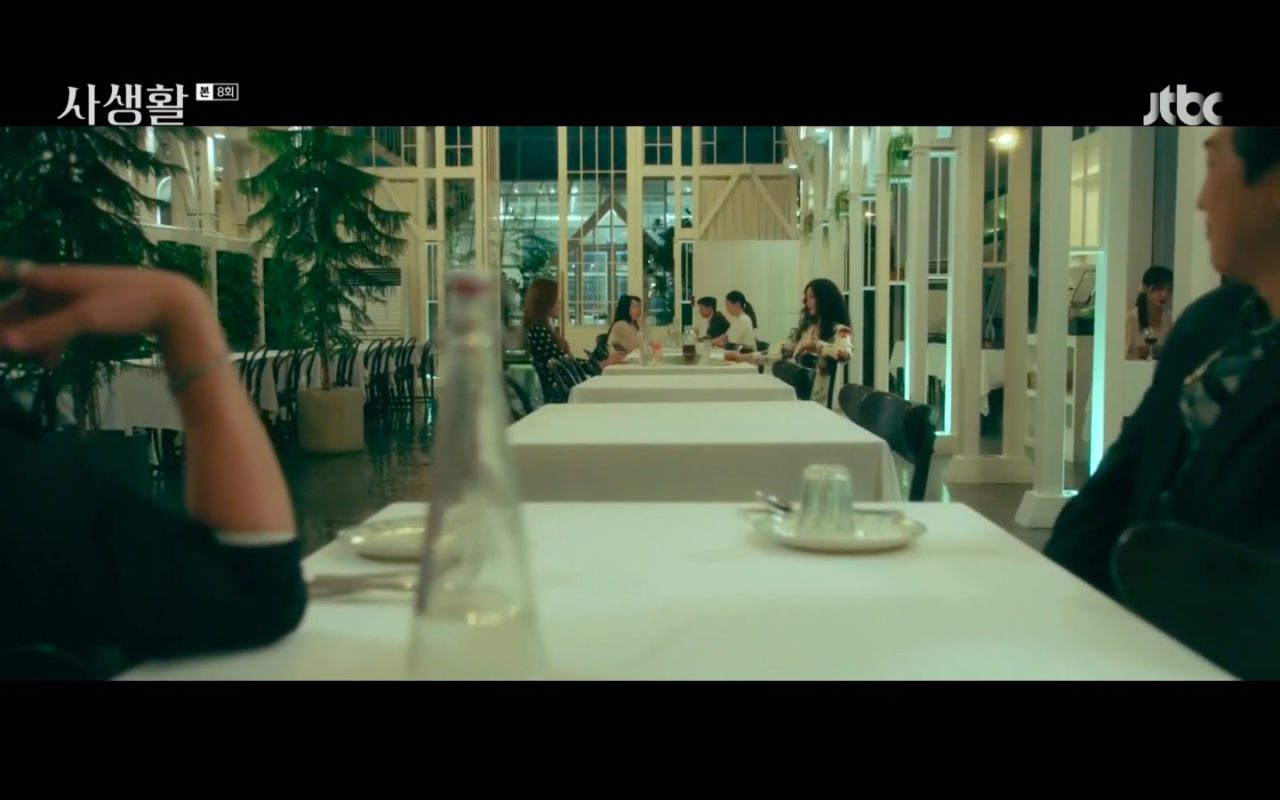 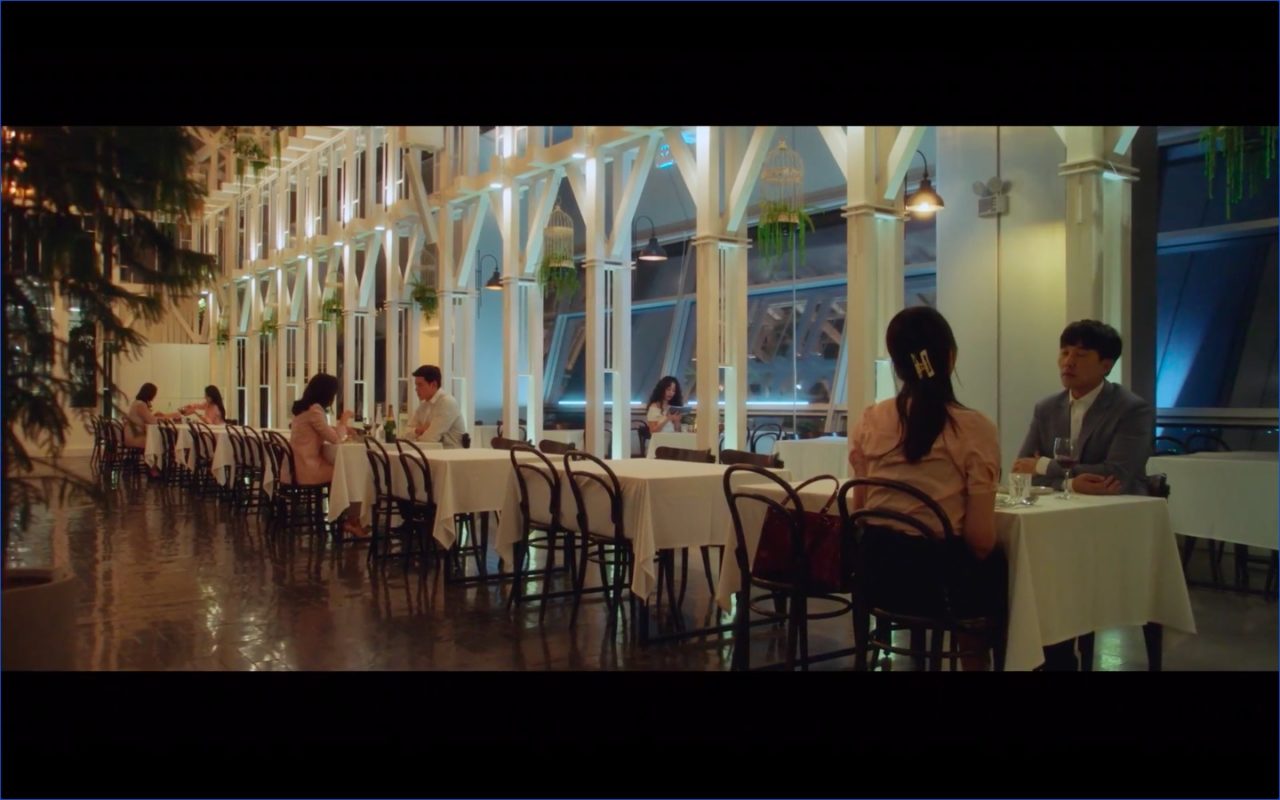 Han Seong-woon (Song Won-seok) meets up with announcer Park So-yi (Park Jeong-hwa from EXID), with whom he’s had an affair with for years, at this restaurant in episode 6 of One The Woman (원 더 우먼) (SBS, 2021) [SPOILER] to break up with her.

Jang Man-wol (IU/Lee Ji-eun) meets the tiger at this place and leads the tiger into a painting that depicts Baekdu/Paektu Mountain [ 长白山] —an active volcano on the Chinese-North Korean border— in episode 2 of Hotel Del Luna (호텔 델루나) (tvN, 2019). When the tiger approaches the painting it transforms into a real landscape in which s/he disappears after a last soar.

Veronica Park (Kim Jae-kyung) gets the place for her blind-date with Do Min-ik (Kim Young-kwang) mixed up and finally ends up meeting Ki Dae-joo (Koo Ja-sung) at this restaurant at the end of episode 6 and beginning of 7 of The Secret Life of My Secretary/I Loved You From The Beginning/How to Train My Blind Boss (초면에 사랑합니다) (SBS, 2019) … and falls for his ‘charm’?

Gil O-sol (Kim You-jung) three-years crush Lee Do-jin (Choi Woong) asks her out for dinner here in episode 3 of Clean With Passion For Now (일단 뜨겁게 청소하라) (JTBC, 2018-19). But before he can order dinner, she tells him off.

This is the restaurant bar where Yoon So-hee (Jeong Eu-gene) sends Oh Yeon-joo (Han Hye-joo) to drink some wine and where she gets recognized by the waiter and runs from the police in episode 4 of W Two Worlds (더블유) (MBC, 2016).

The Skyfarm [더스카이팜], opened in December 2015, is a restaurant located on the 50th floor of the FKI Tower [전경련회관] — The Federation of Korean Industries — in Seoul’s neighborhood Yeouido [Yeouido-dong/여의도동], Yeongdeungpo-gu [영등포구]. The restaurant was lauchned by PY&Partners Co. (피와이앤파트너스는) as a “Farm-to-Table Diningplex.”

FKI (The Federation of Korean Industries) Tower [전경련회관] —short for Federation of Korean Industries Head Office Building— was completed on December 17 2013 after a groundbreaking ceremony in 2010. The 245.5 meters-high building was designed by Adrian Smith + Gordon Gill Architecture together with Thornton Tomasetti as well as Dong Yang Structural Engineers and was constructed by Korea Hyundai Engineering & Construction Co. (대한민국 현대건설).

The building was named the 2015 Building of the Year (2015 올해의 빌딩) by the U.S.-based website American-Architect and won the 2014 Korea Architecture and Culture Awards (2014년 – 한국건축문화대상). Divers companies and facilities are located at this building such as The FKI Center (50th and 51st floors) — including SKYFARM and offices —, a conference hall (회의장, 3rd floor), and the Yeouido Digital Library (2nd floor).

Before this building was constructed, the former 51-stories high FKI Center [전경련회관] was located at the same grounds — built in 1977 and completed in 1979, it was demolished in 2009 to make way for this building.