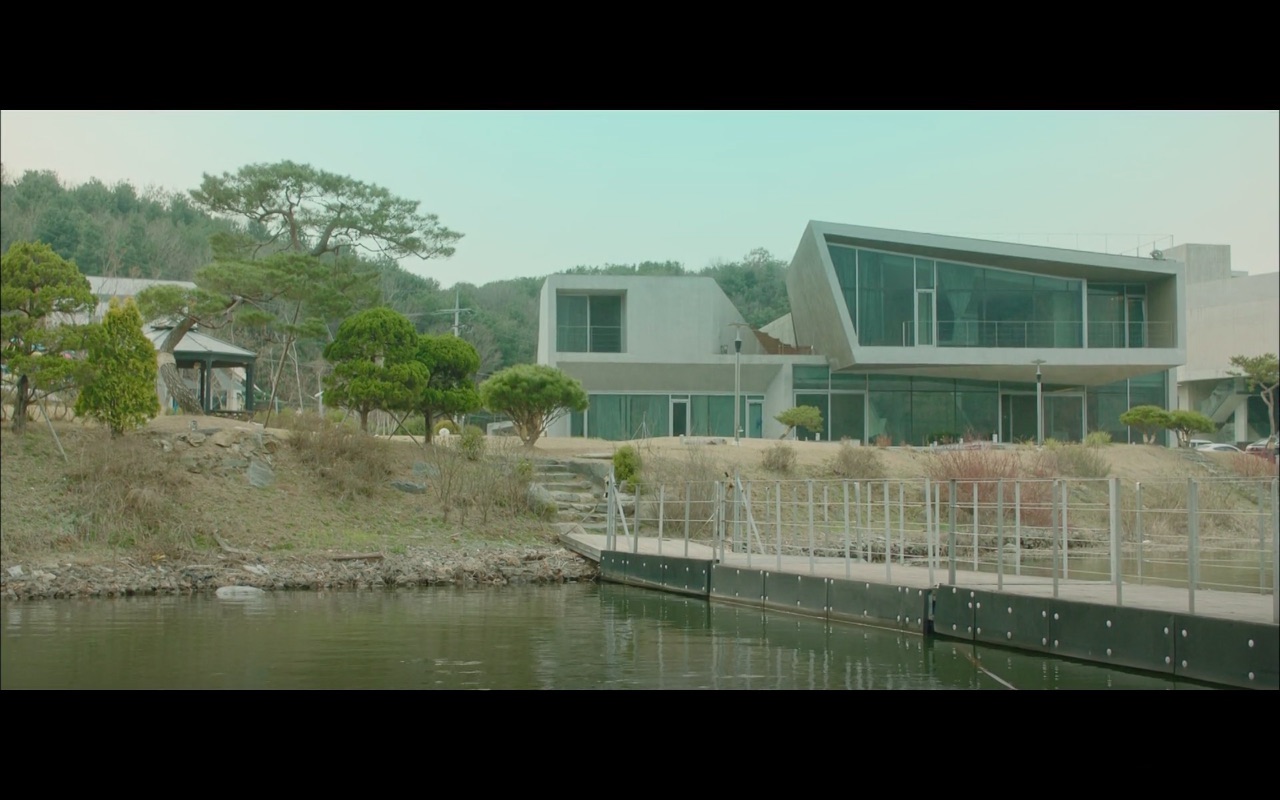 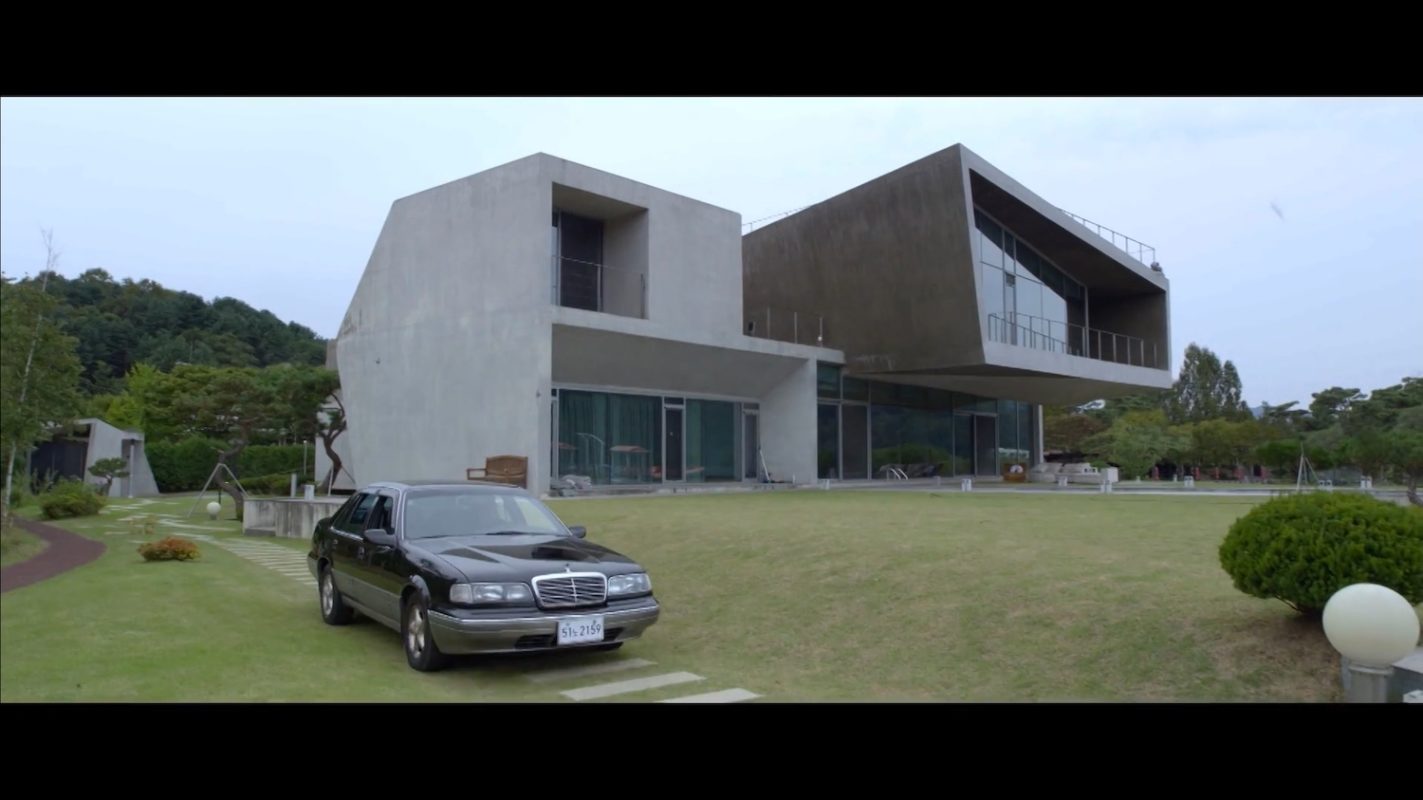 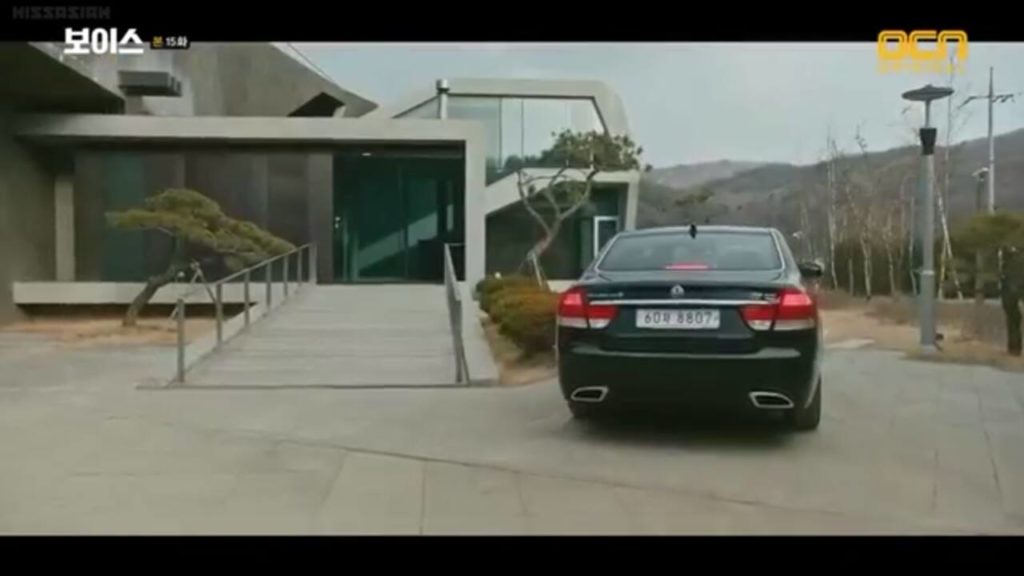 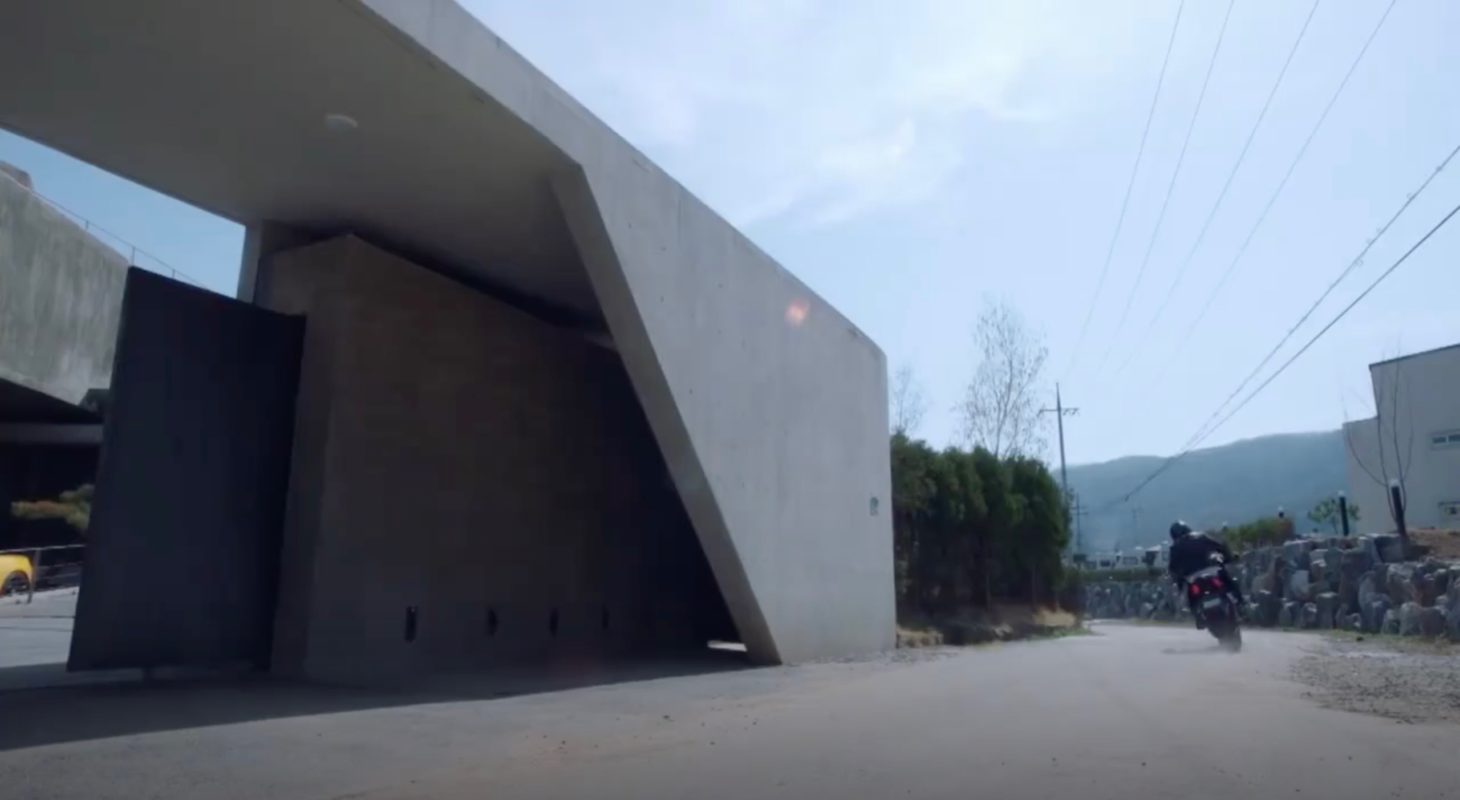 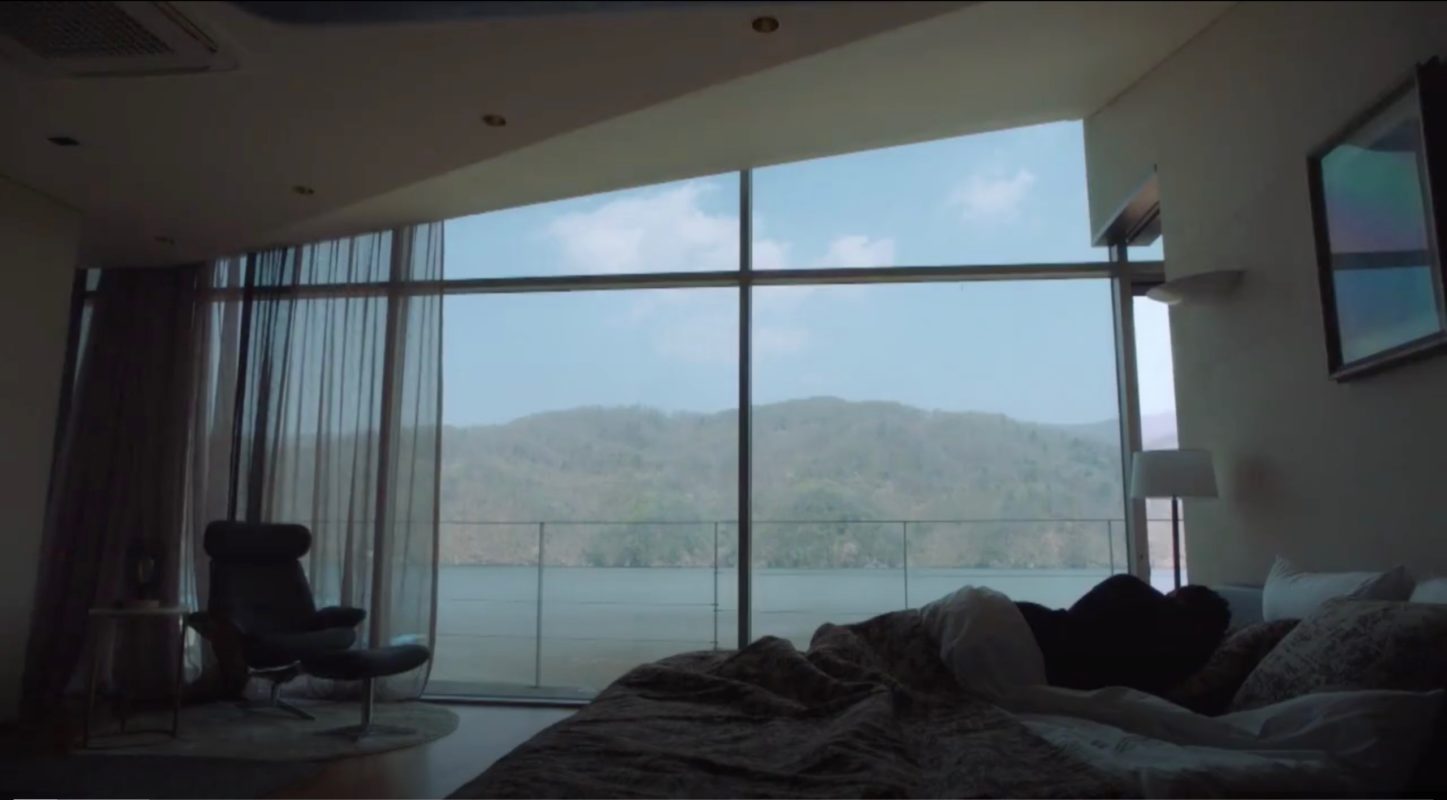 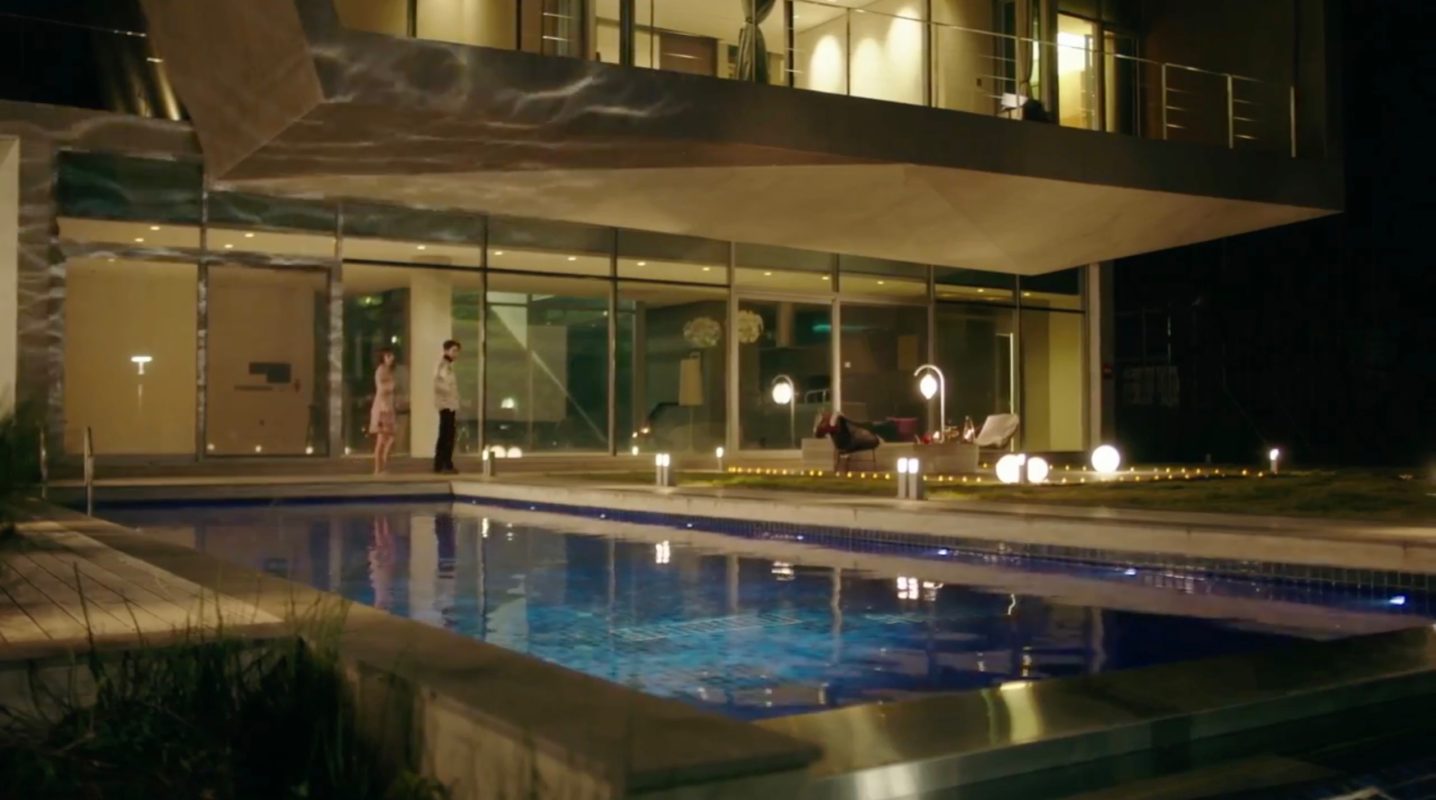 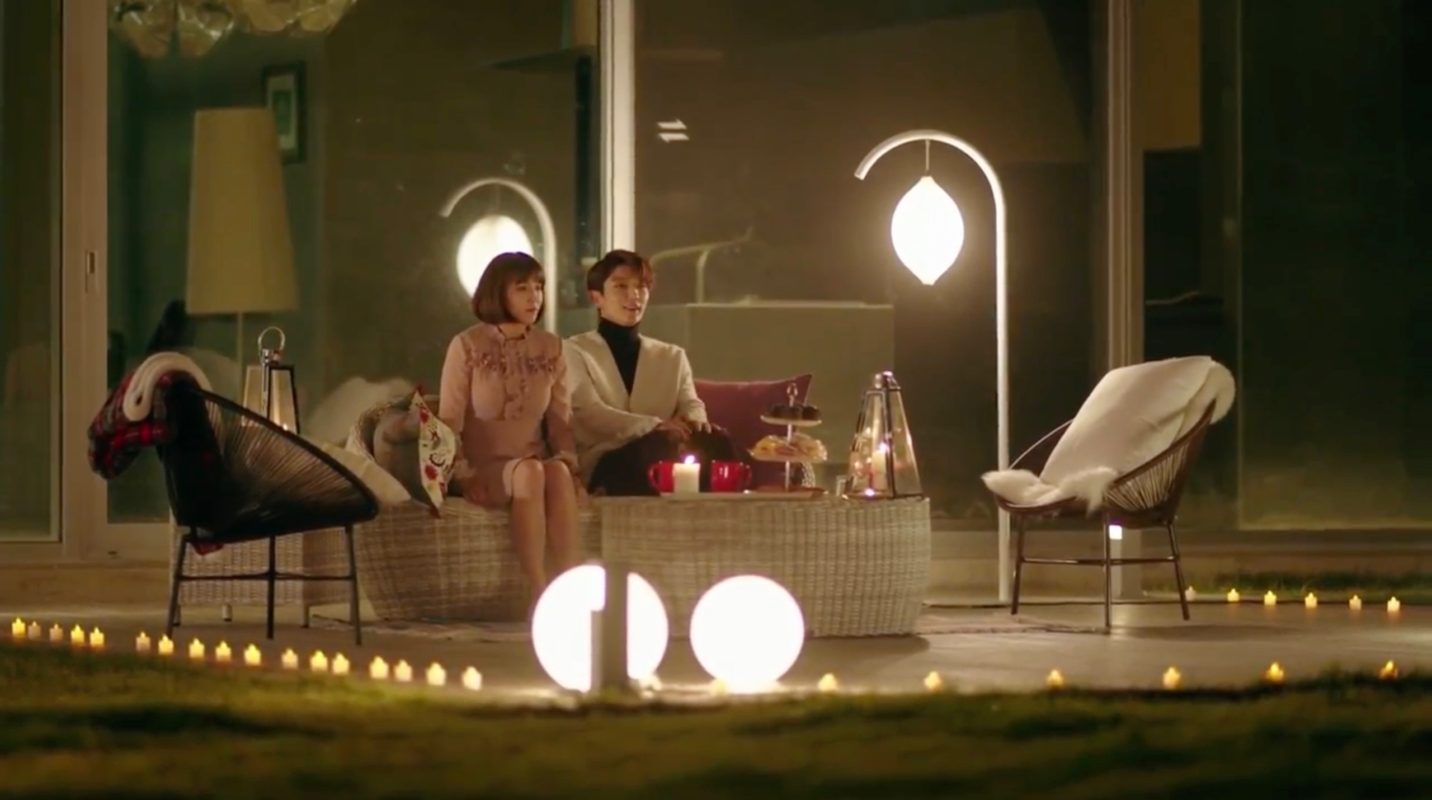 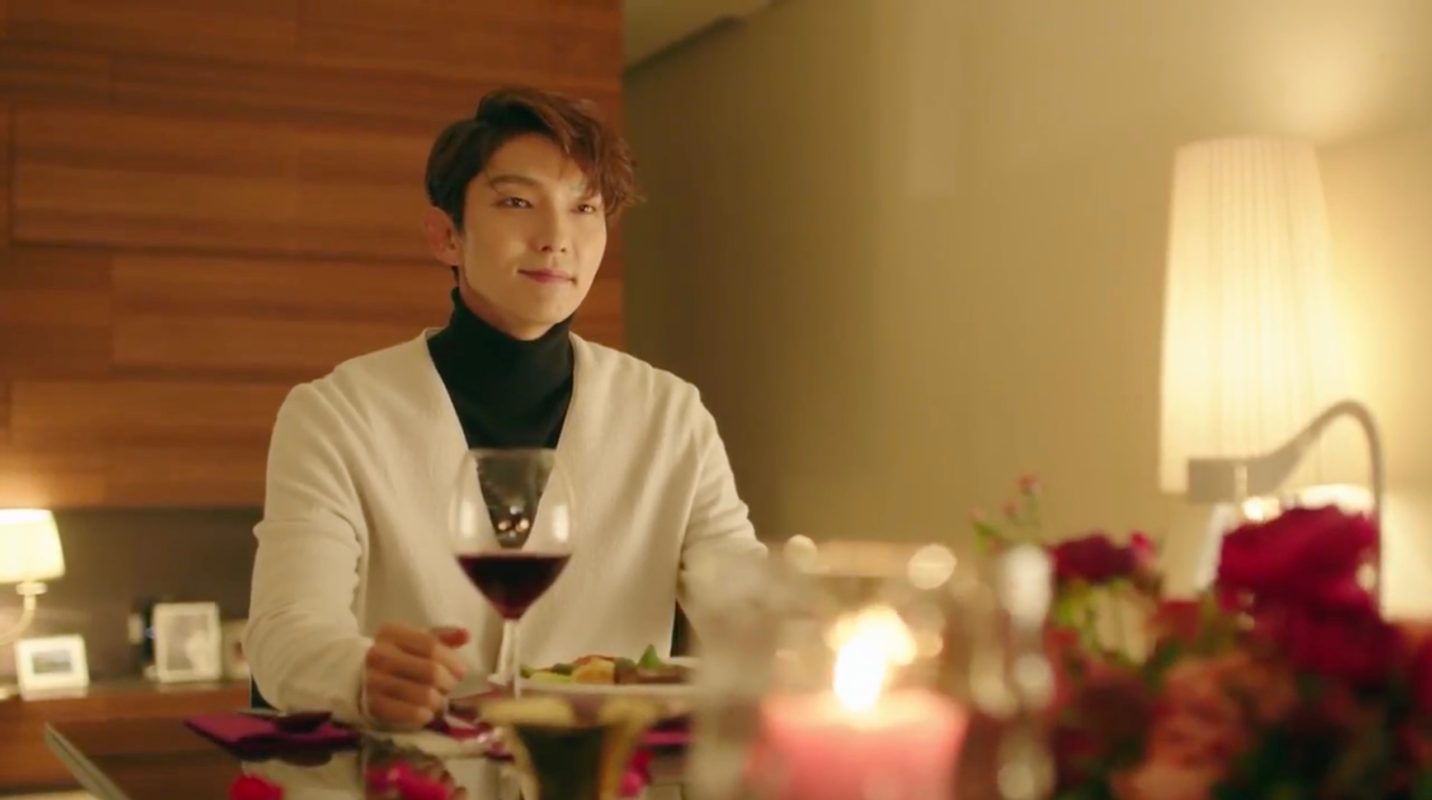 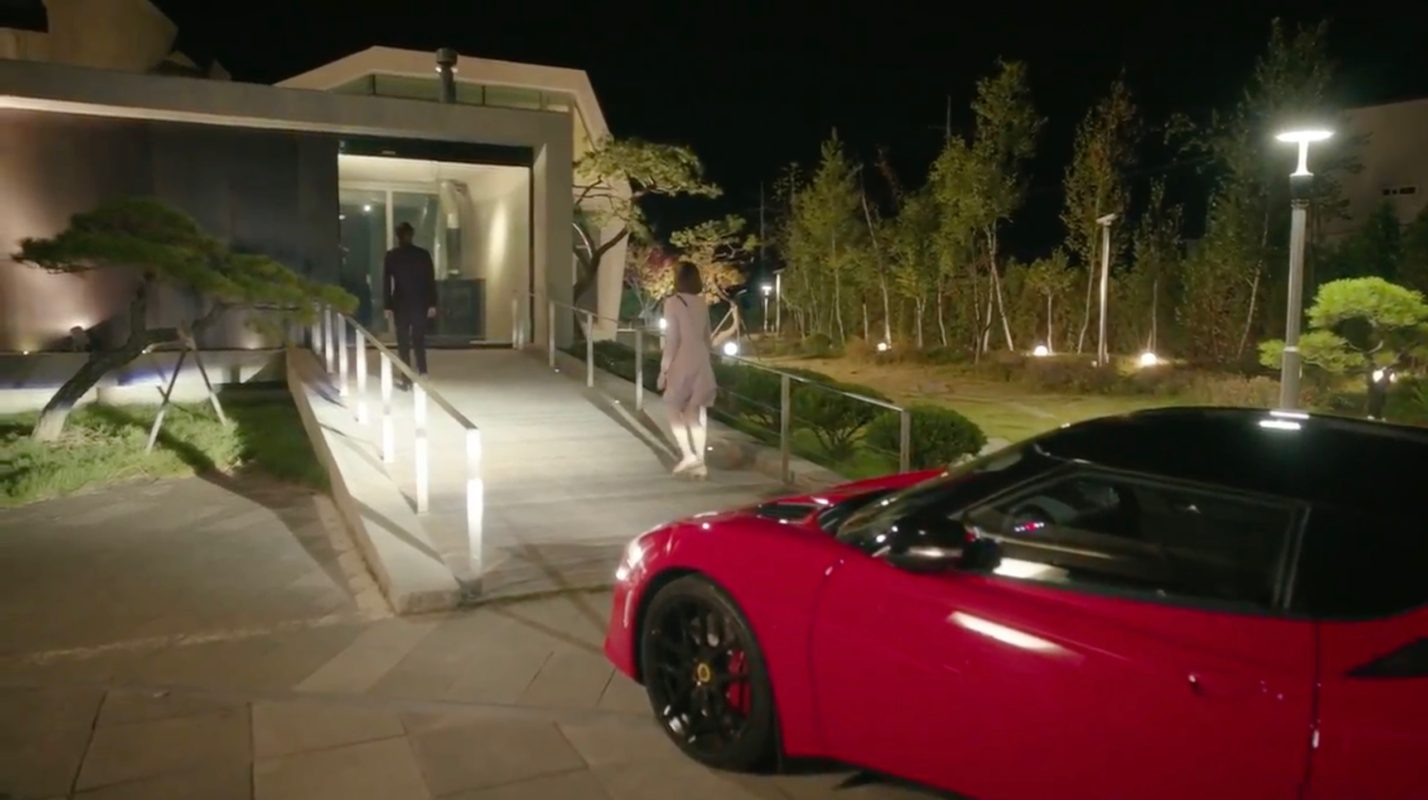 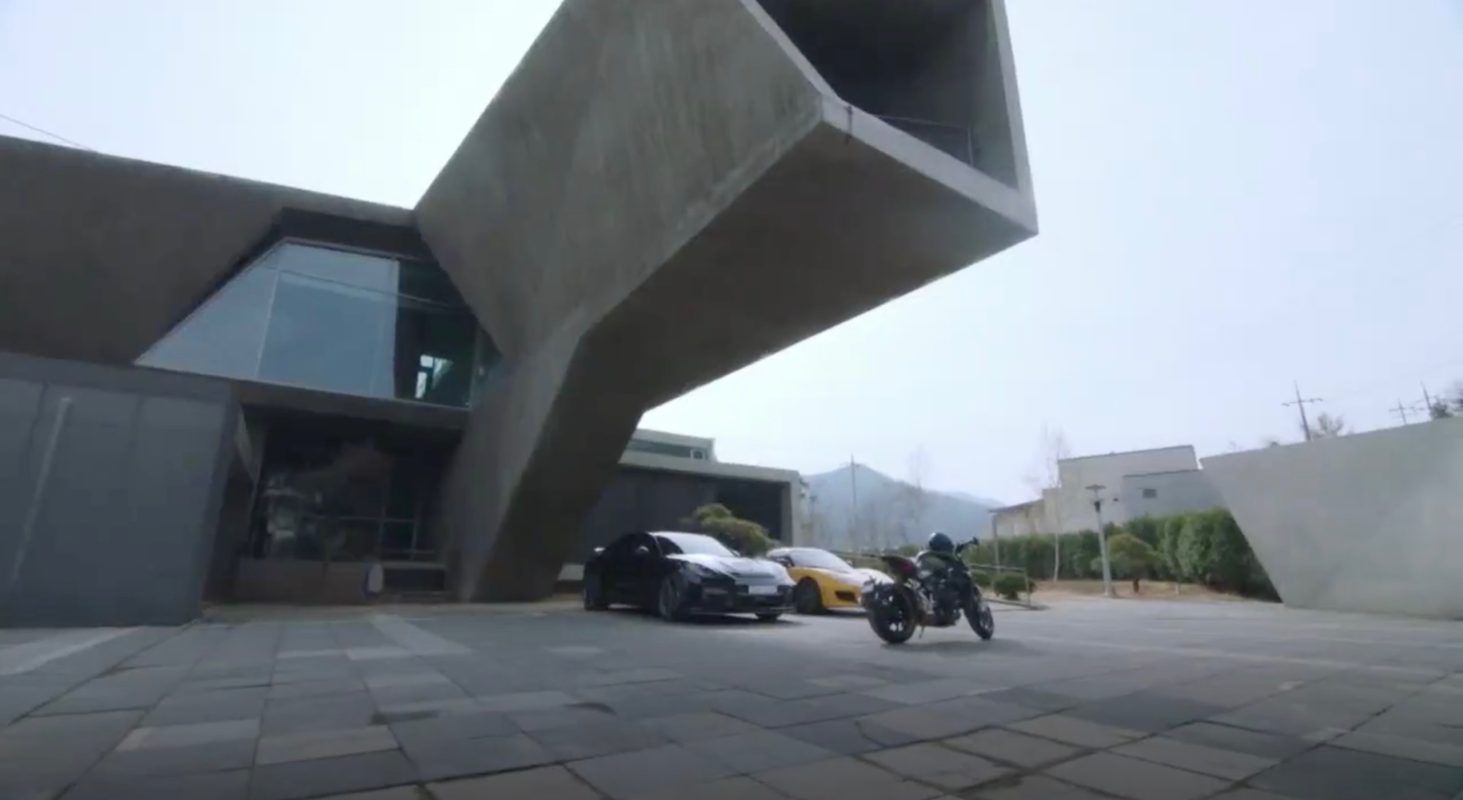 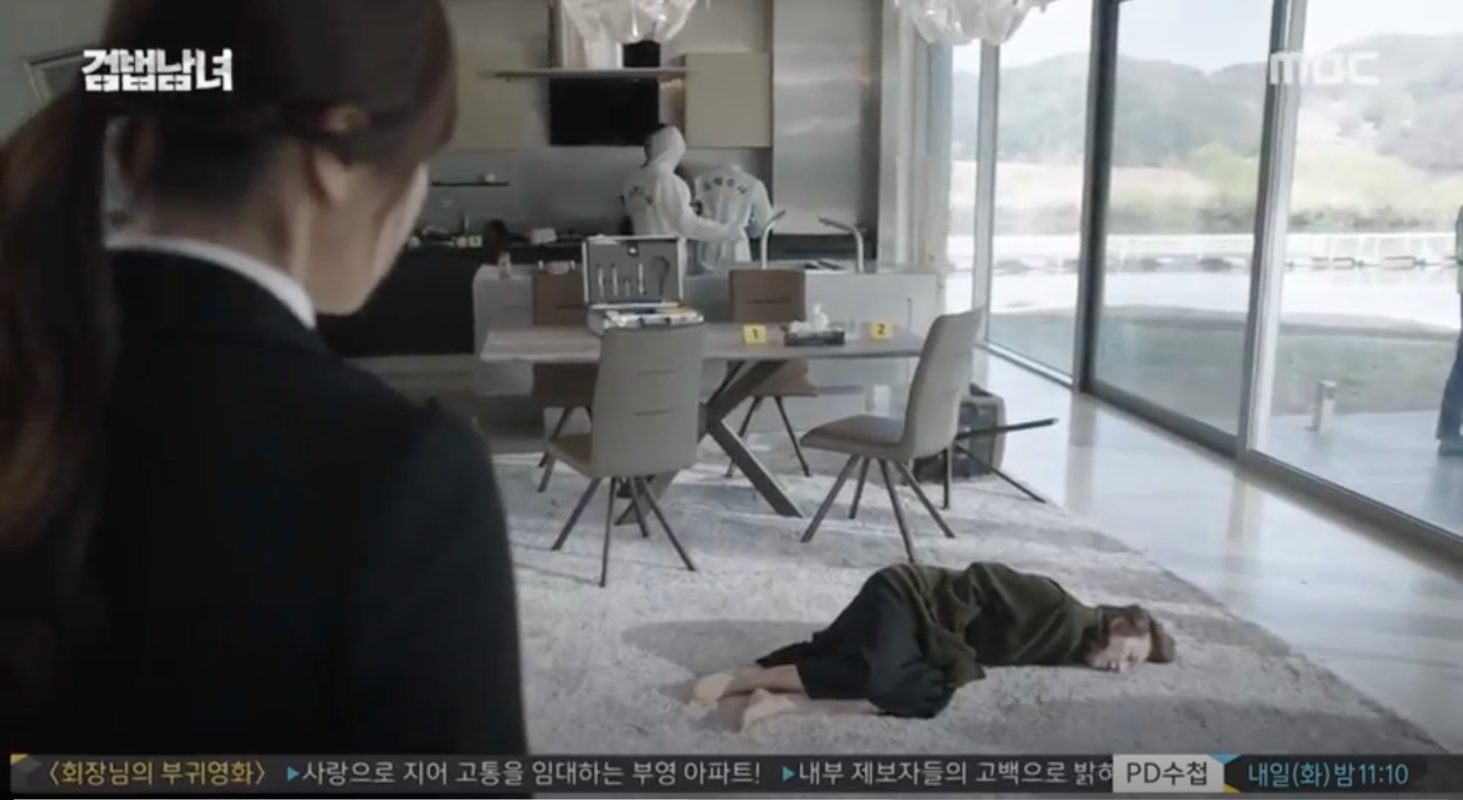 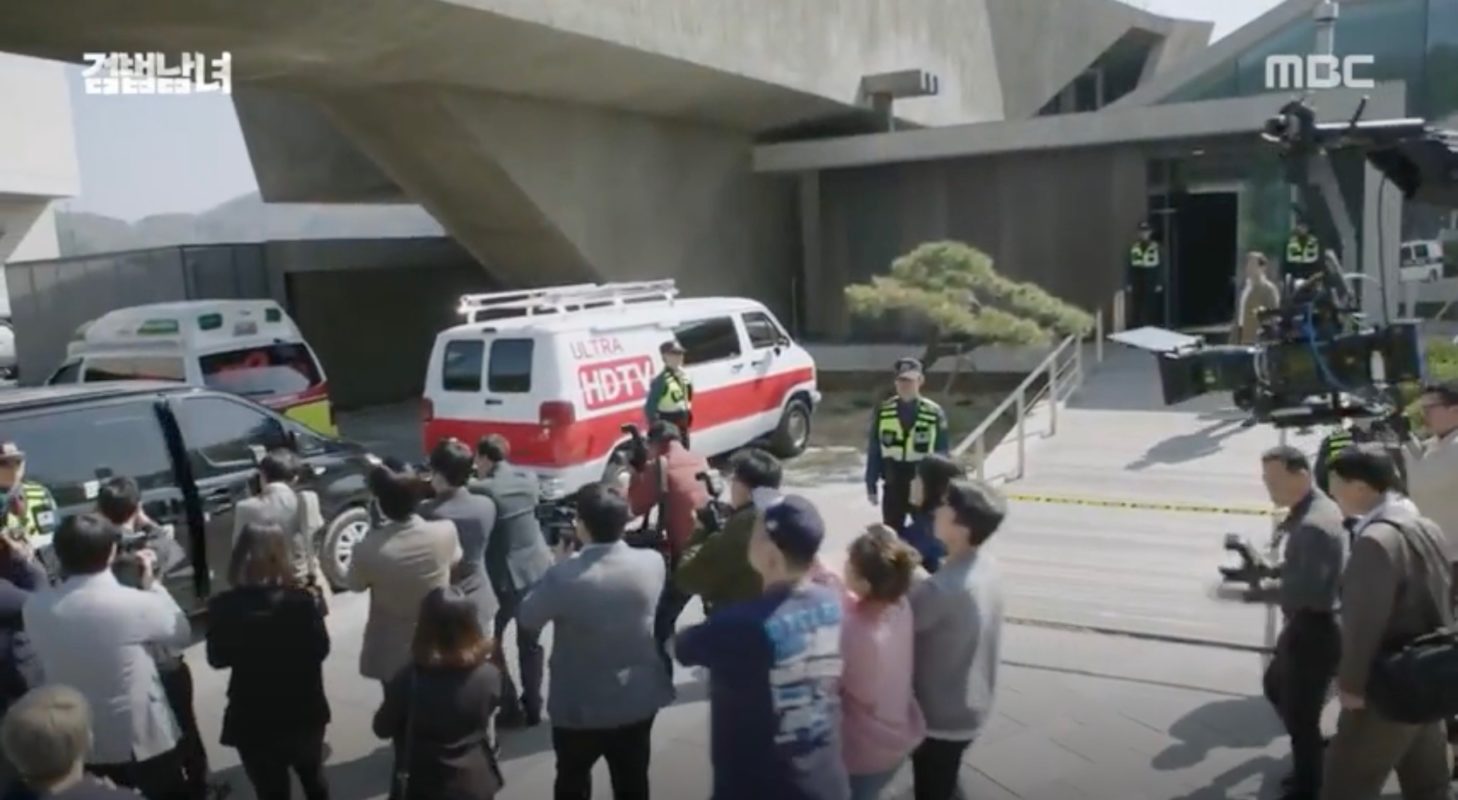 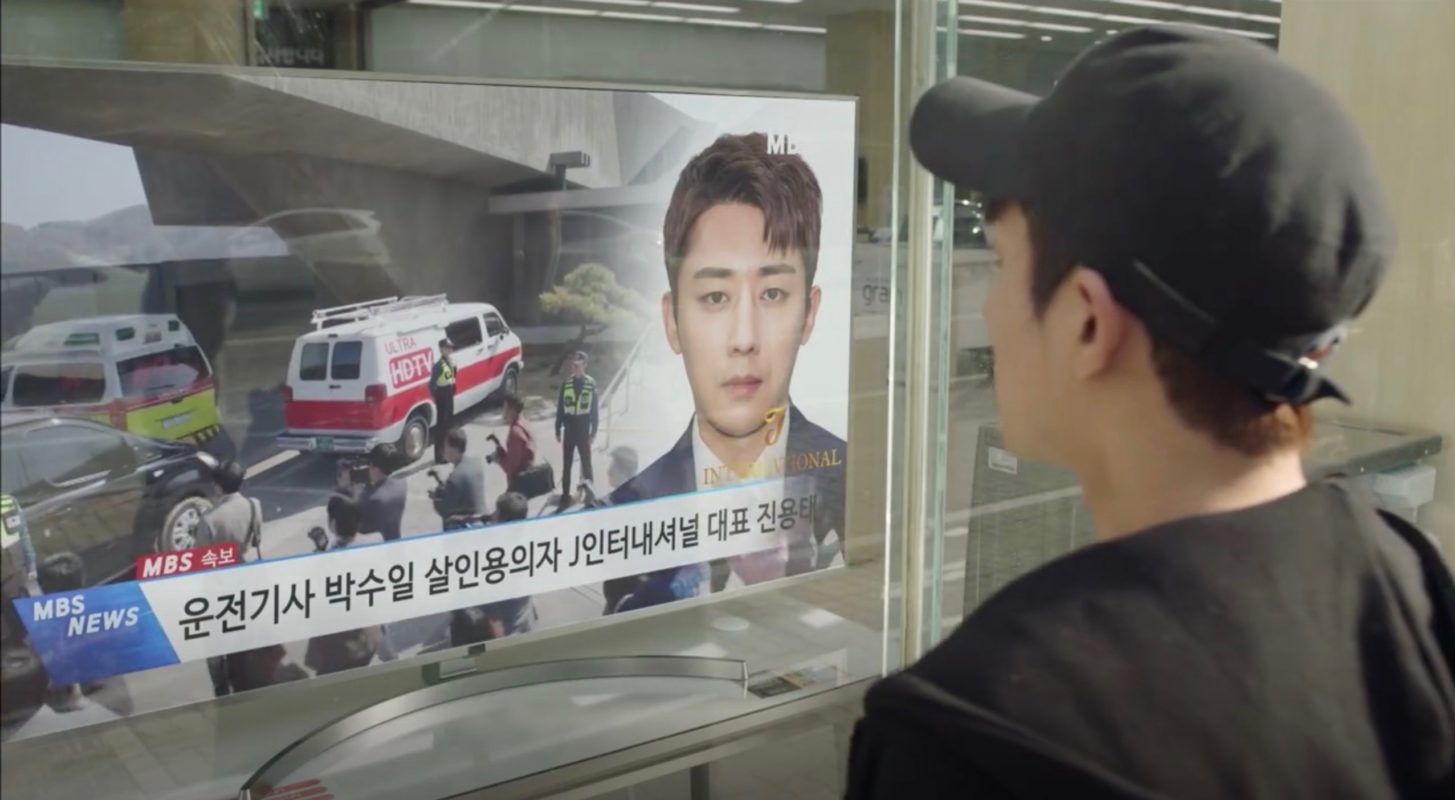 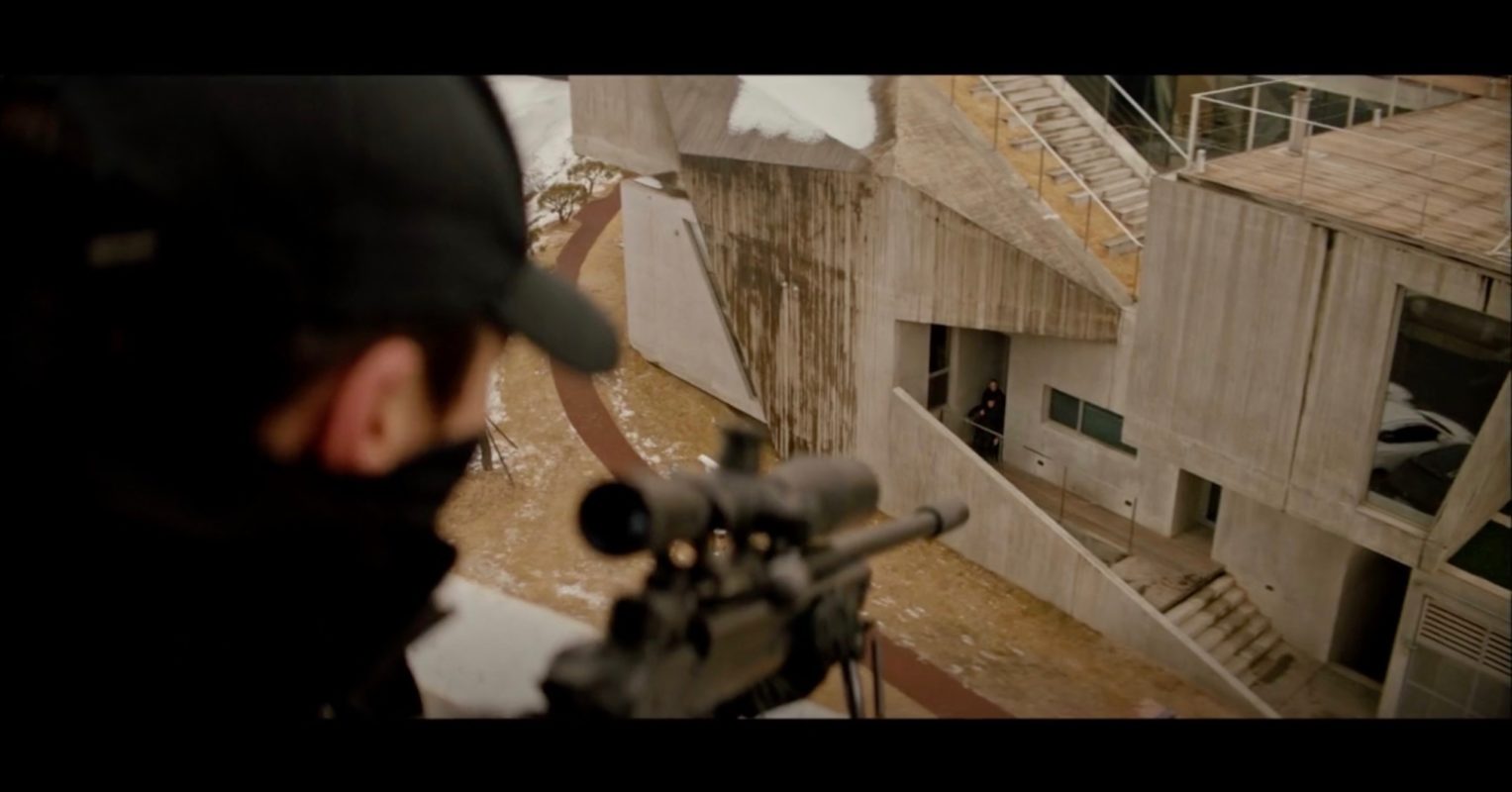 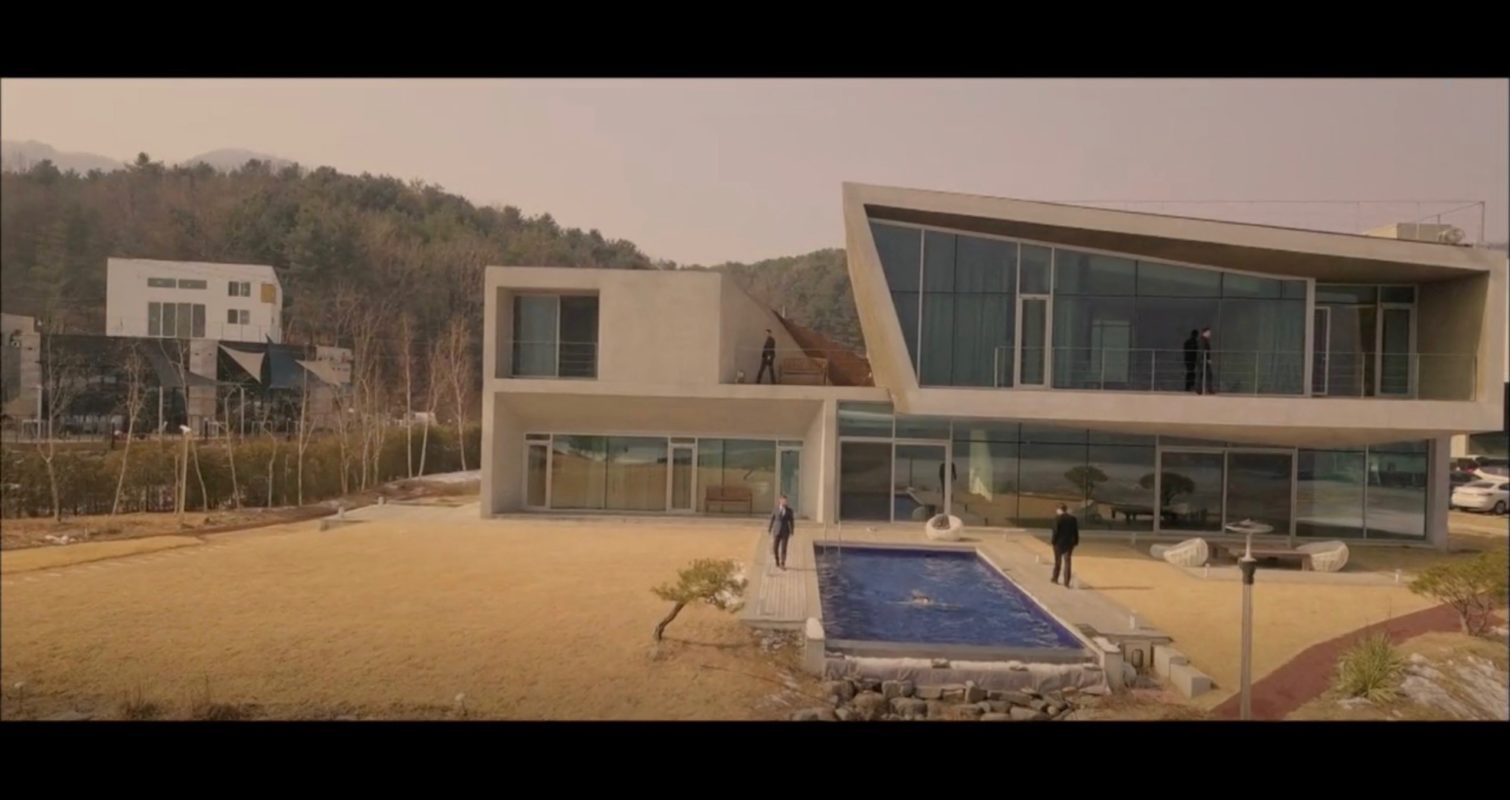 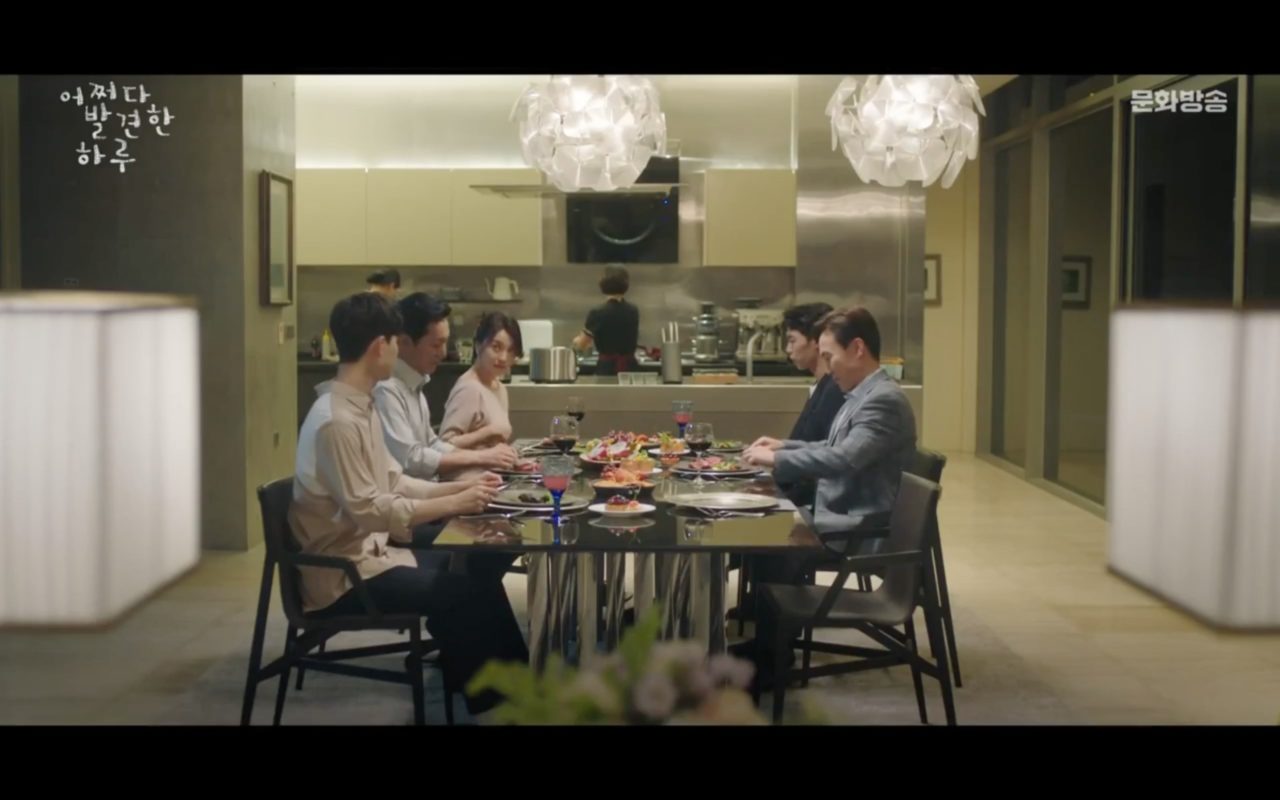 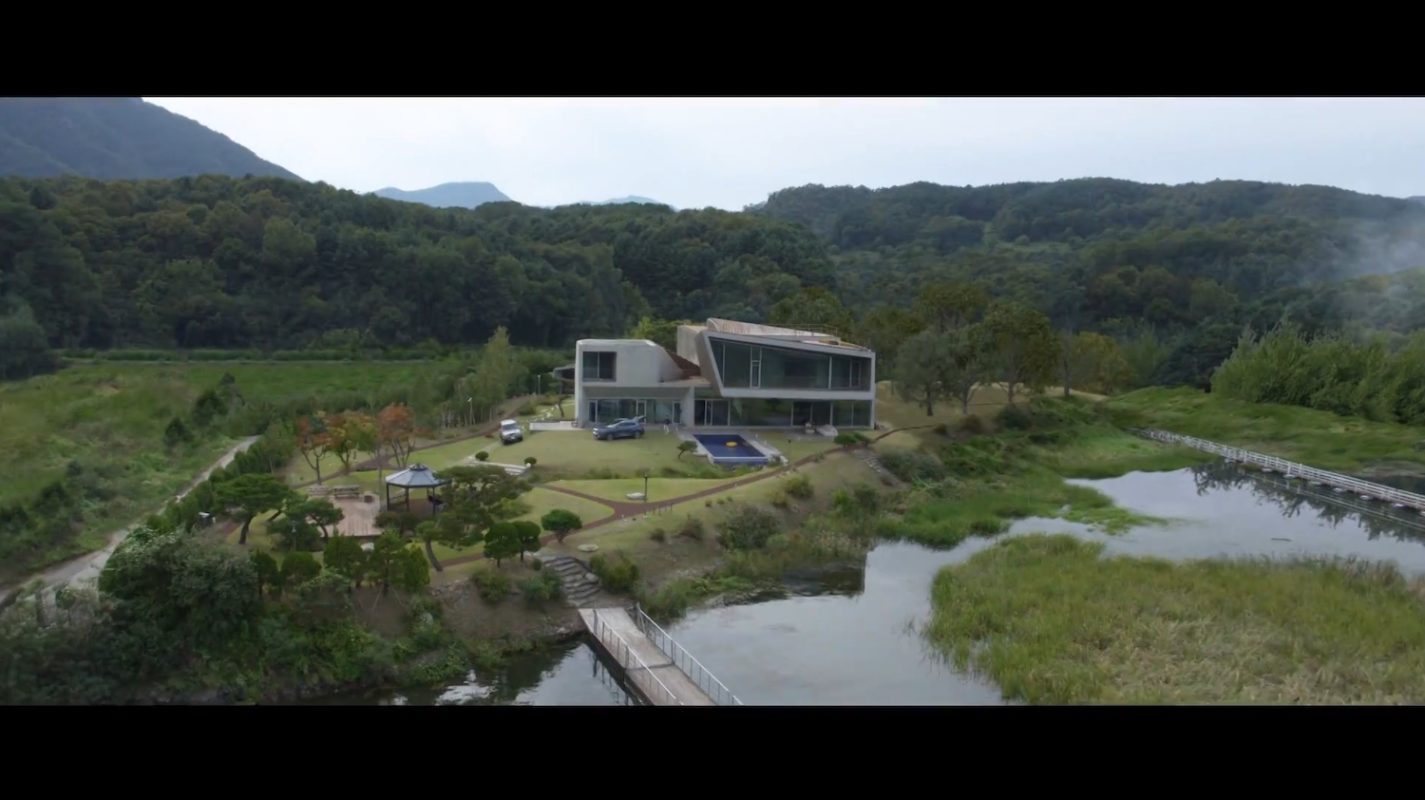 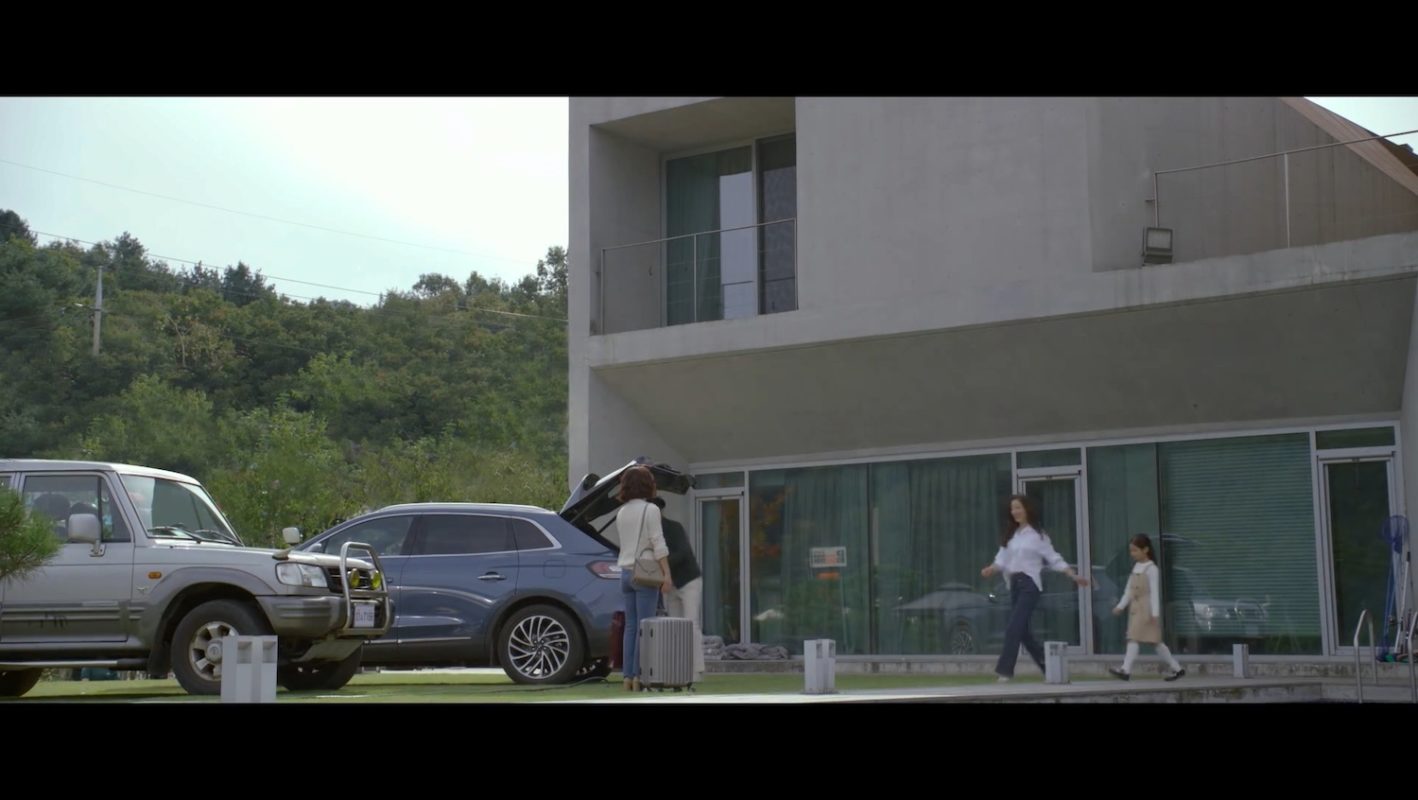 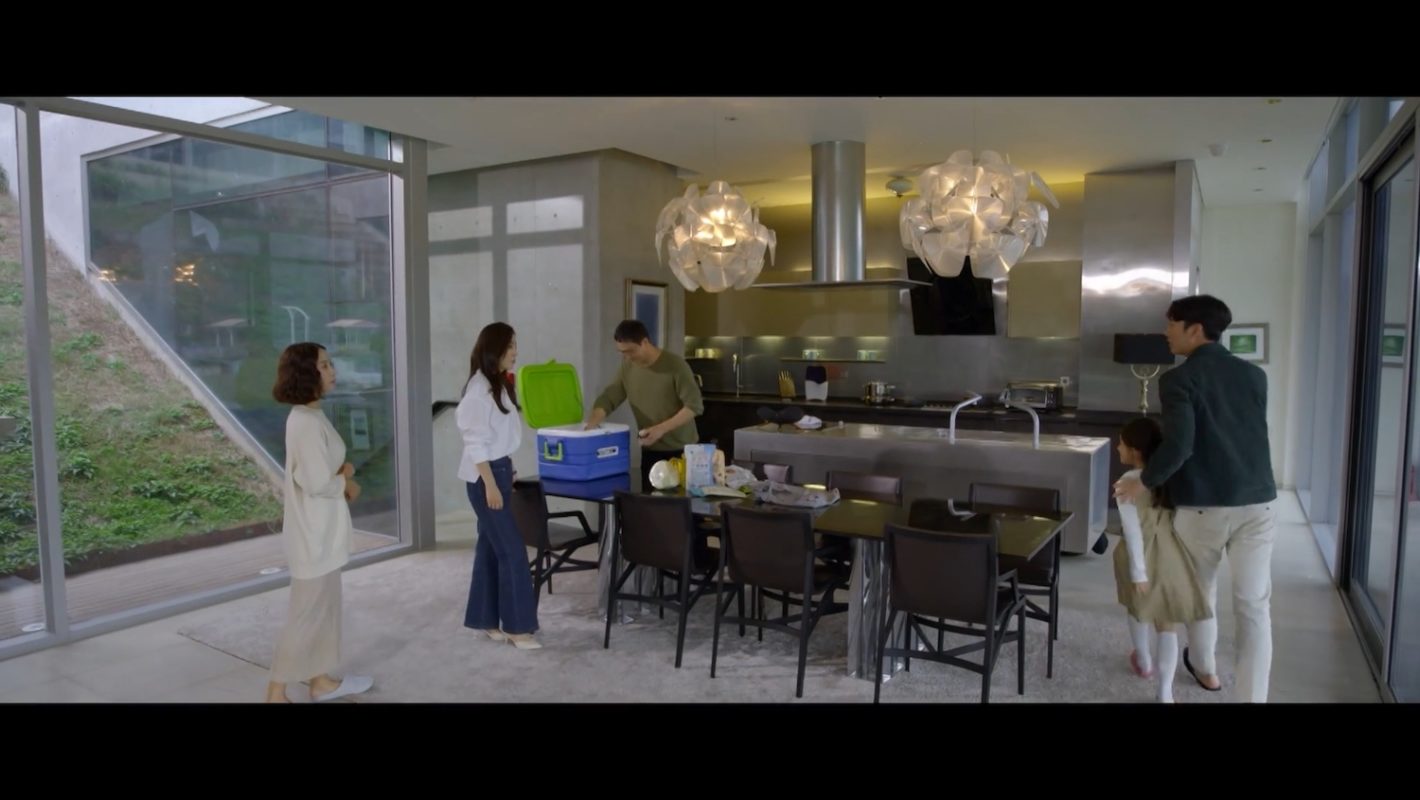 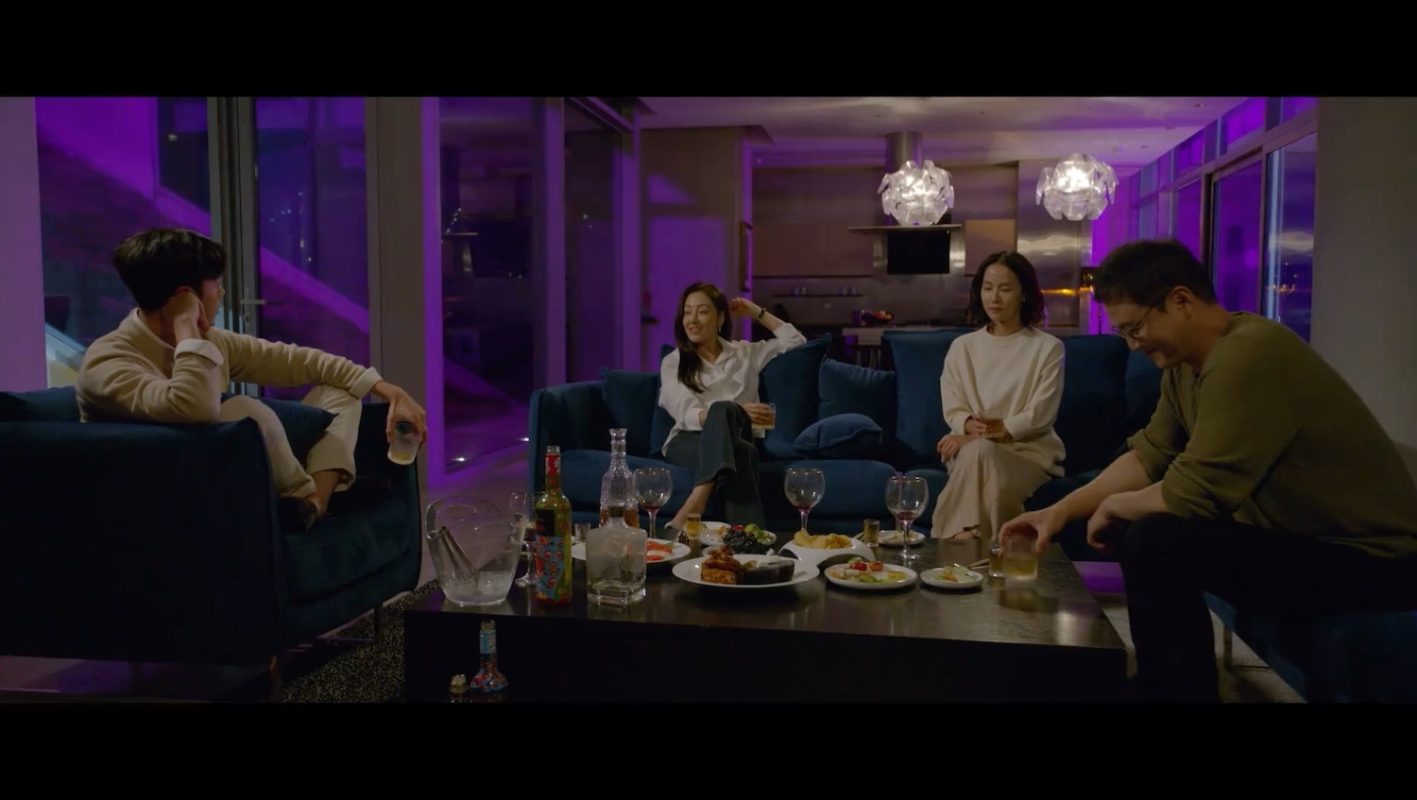 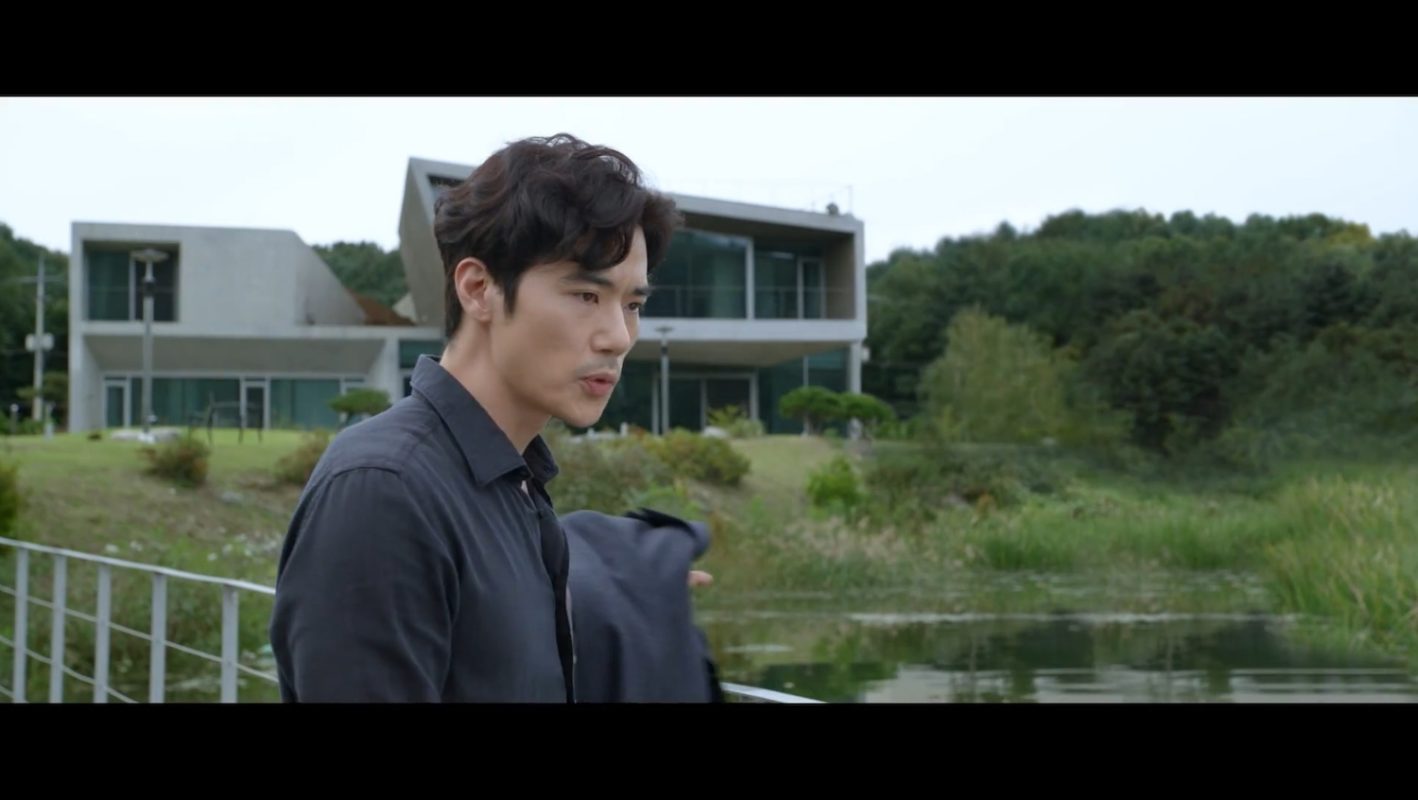 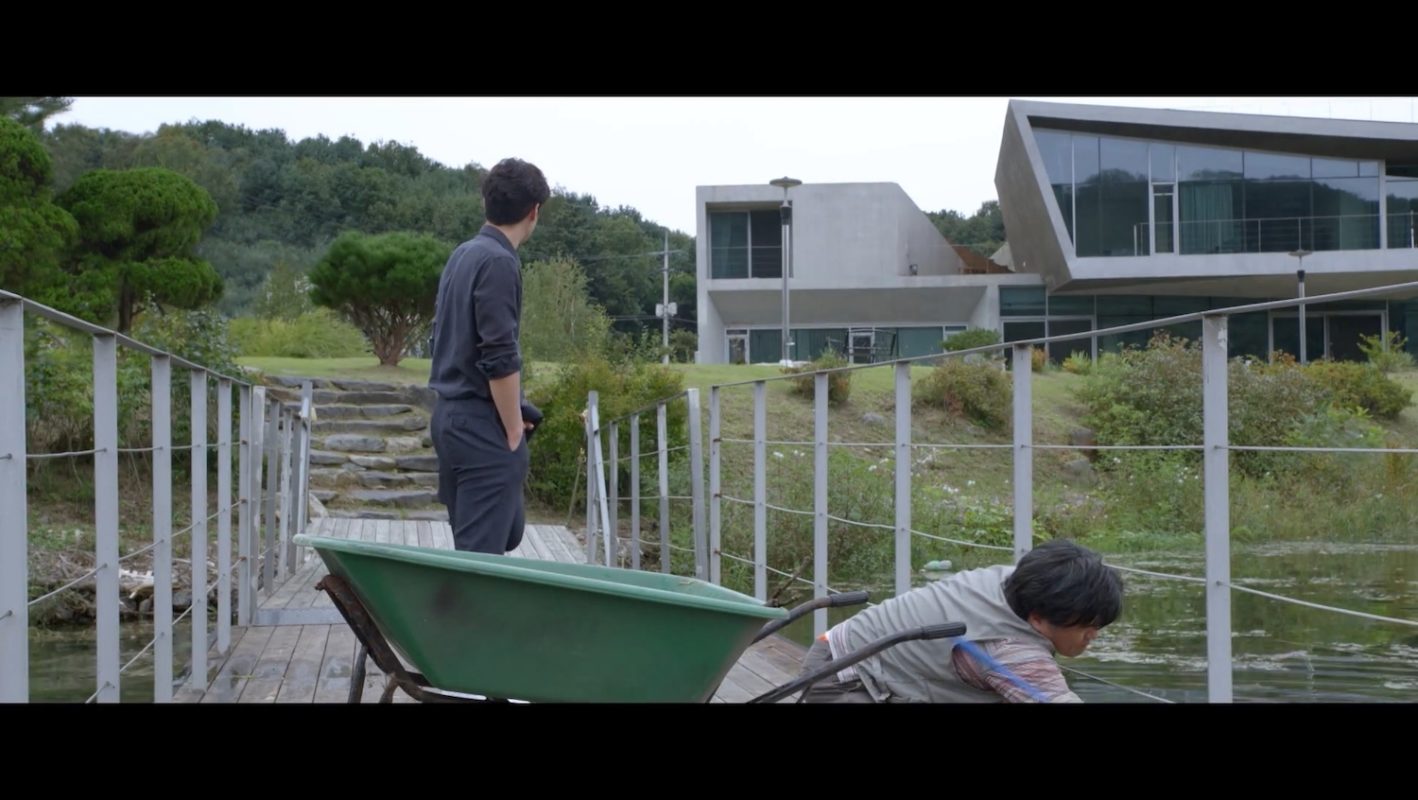 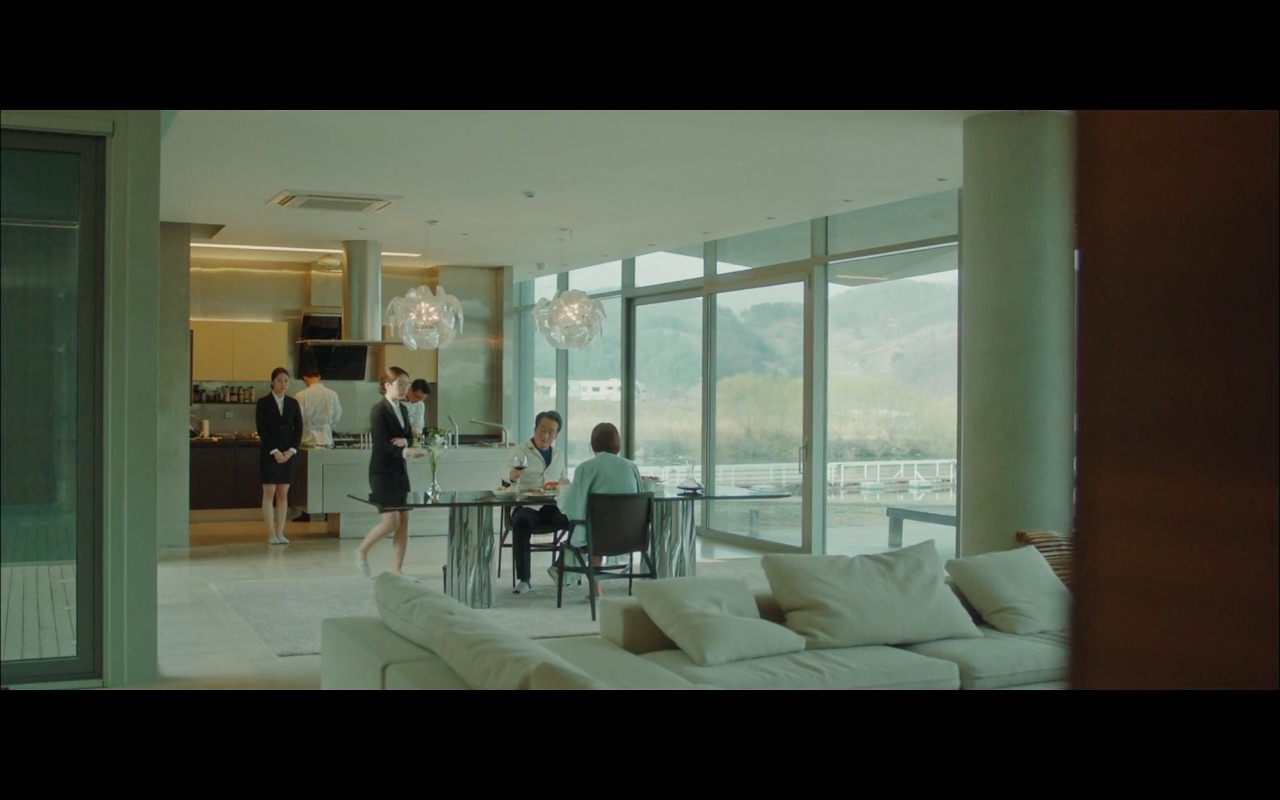 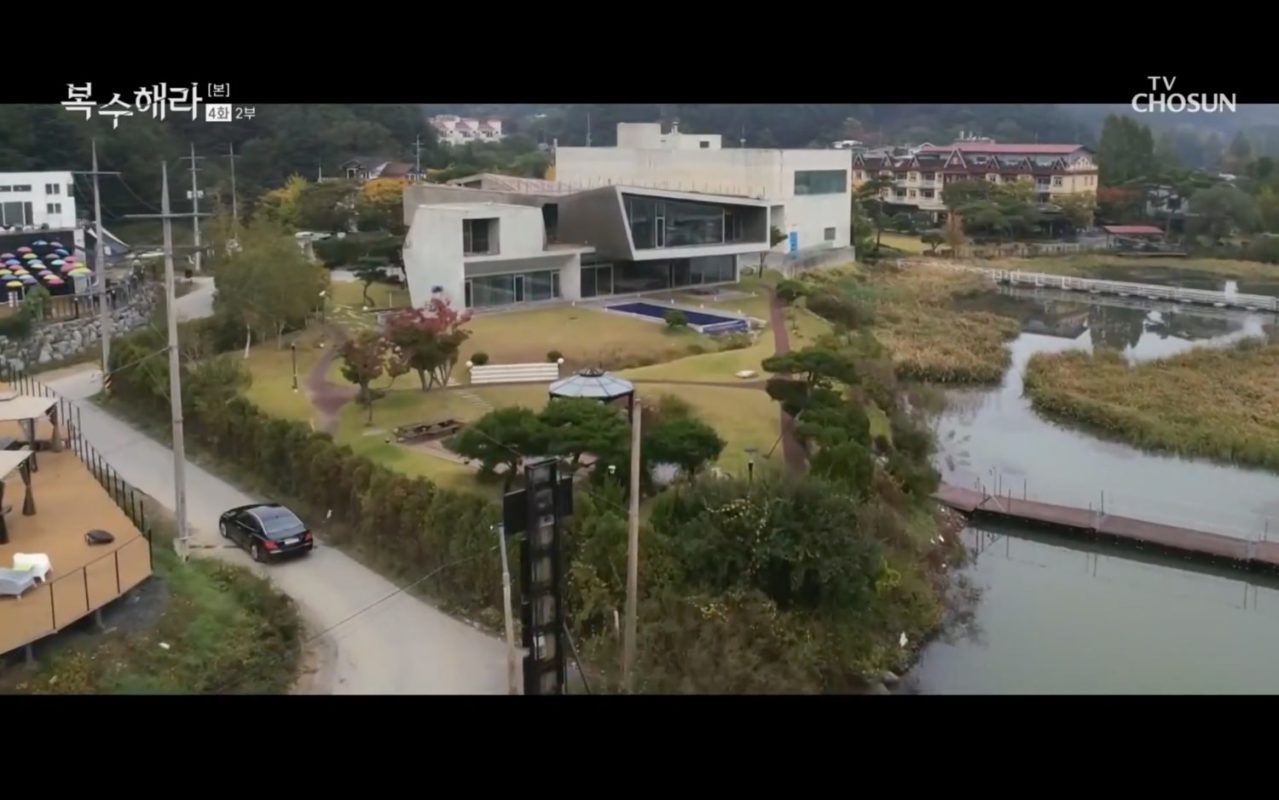 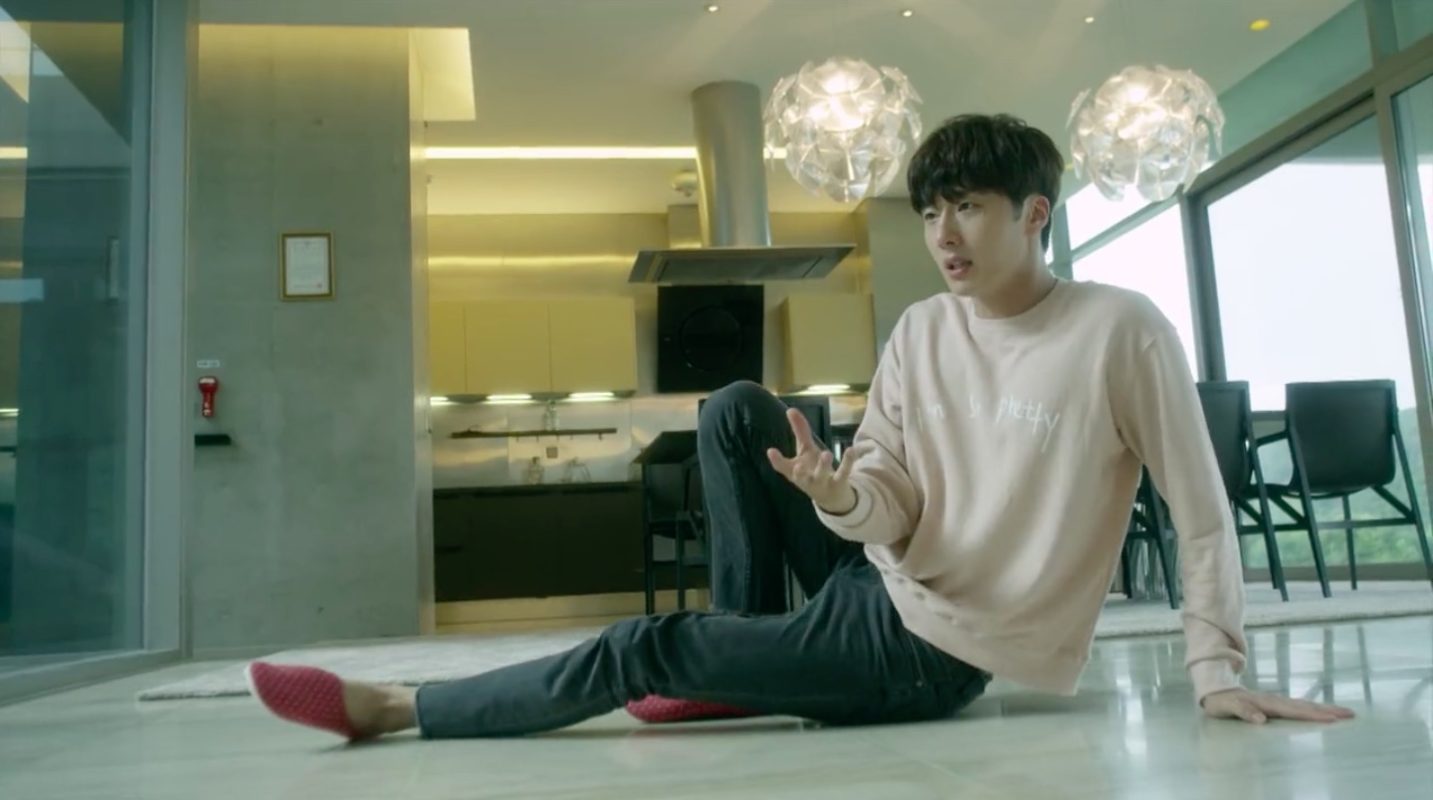 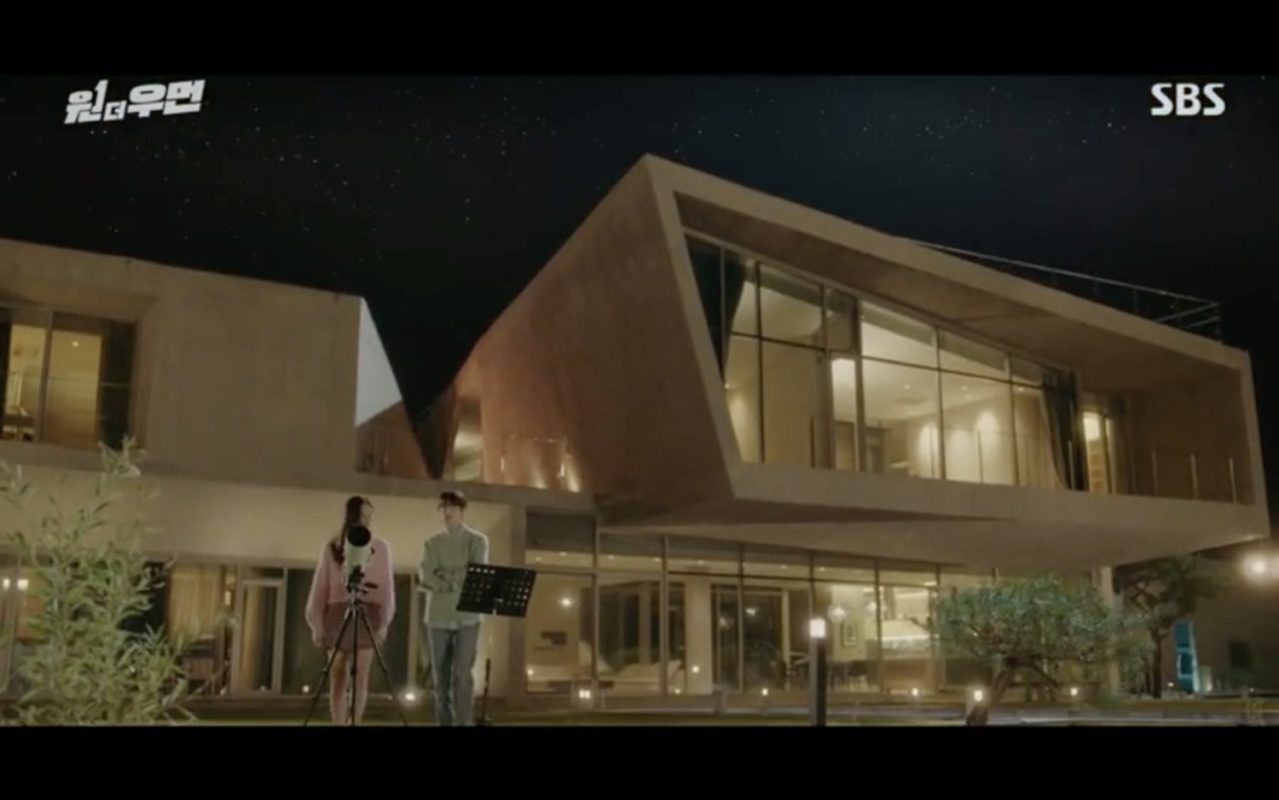 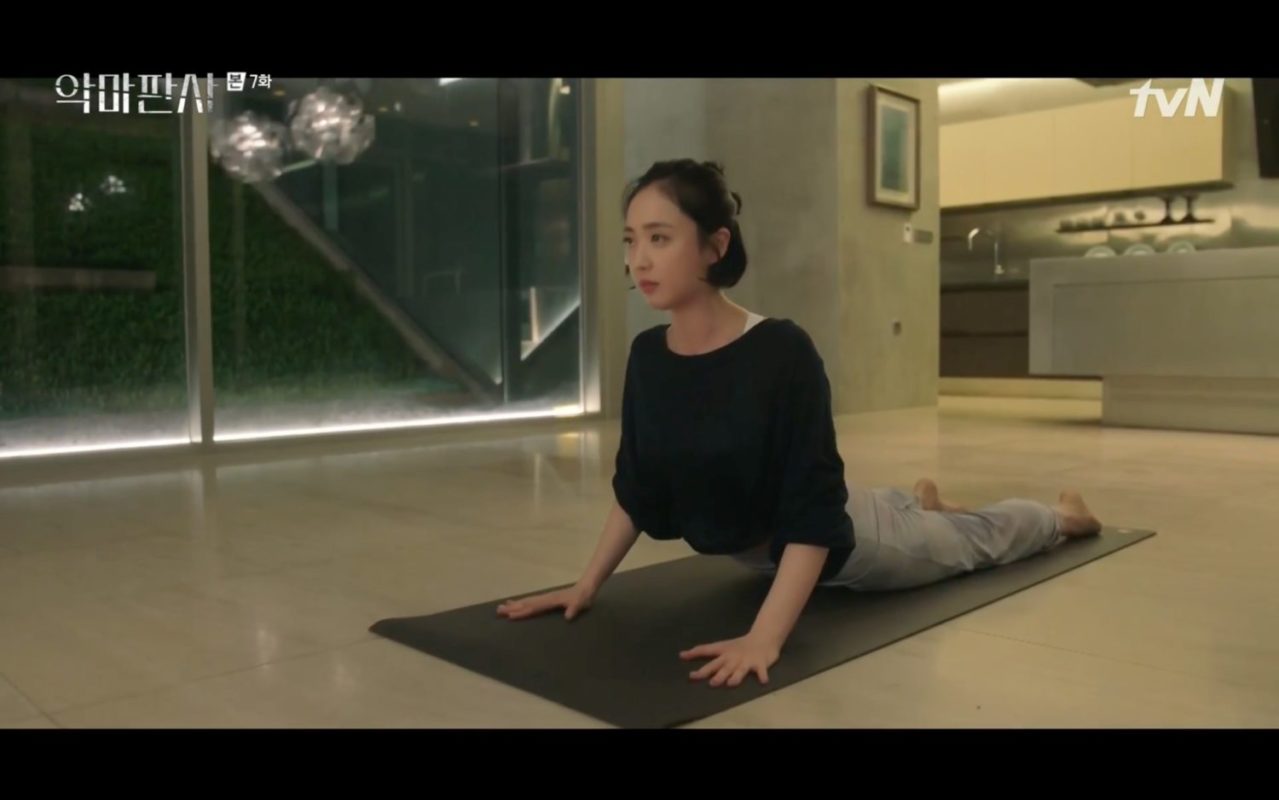 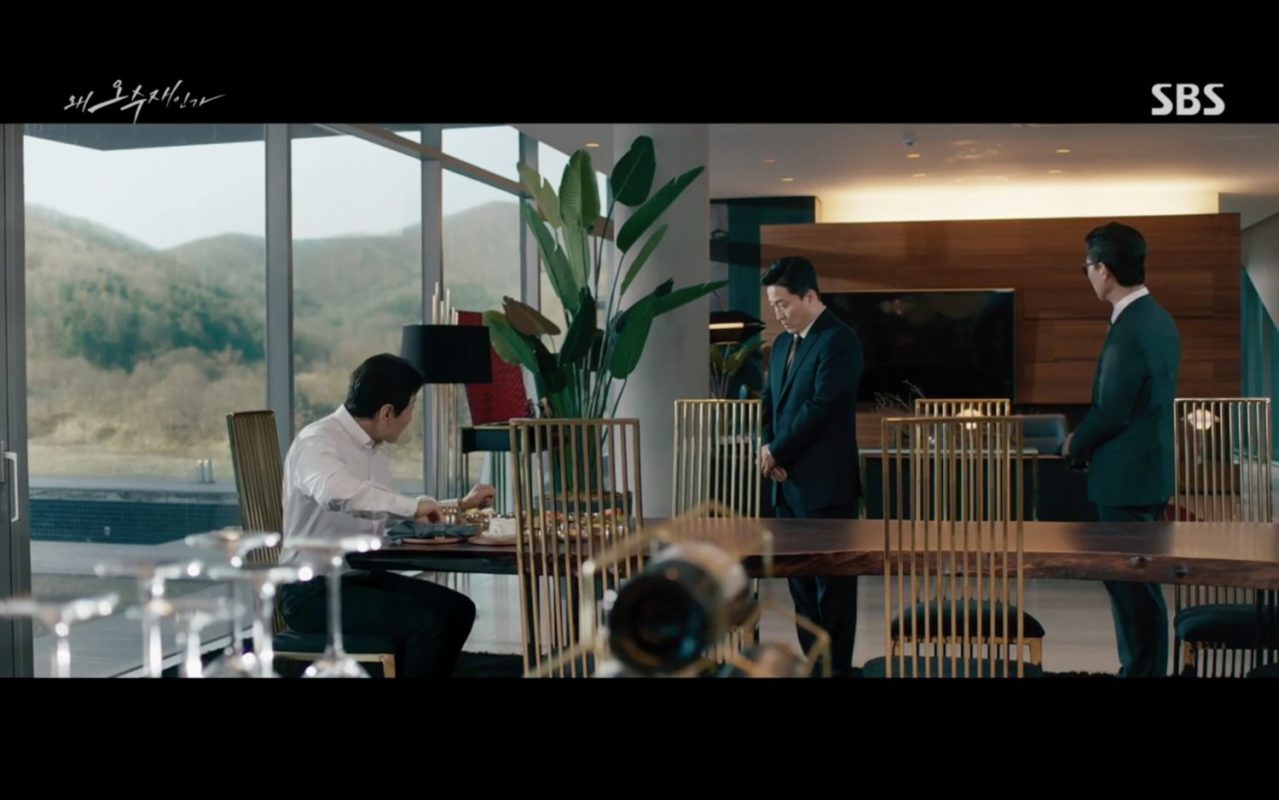 This is where young Han Seung-wook (Young Hoon) lived and in episode 10 of One The Woman (원 더 우먼) (SBS, 2021) he thinks back to a moment when Kang Mi-na (Kim Do-yeon) came over for a visit and he showed her his telescope and made a reference to their moment together at the hospital before but she retorks that she cannot remember this bit of their conversation.

This CEO owner of this architect-built house wants to sell it because she has recently invested in a townhouse and Yoo Ja-sung (Kim Ji-seok) along with Na Young-won (Jung So-min) come to visit this house in episode 3 of Monthly Magazine Home/Monthly House (월간 집) (JTBC, 2021) it help it sell through their magazine.This is also when Young-won finds out that her ex-boyfriend is actually the CEO’s husband and they have a child together.

Jung Sun-ah (Kim Min-jung) lives at this place in The Devil Judge (악마판사) (tvN, 2021) — as first seen in episode 7 when she does her evening yoga routine.

This is Kim Tae-on’s (Yoo Sun) vacation home in Get Revenge/Revenge/The Goddess of Revenge (Boksuhaera/복수해라) (TV Chosun, 2020-21) and she sends her lover Lee Hoon-seok (Jung Wook) here episode 4 to relax.

Jung Seo-yeon (Jo Yeo-jeong) and her husband Hong In-pyo (Jung Woong-in) are invited for a weekend villa stay at the invitation of her friend Yoon Hee-joo (Oh Na-ra) and her husband Lee Jae-hoon (Lee Ji-hoon), in episodes 1-3 (full episode 1-2) of Woman of 9.9 Billion/9.9 Billion Woman (99억의 여자) (KBS2, 2019-20). Things get awkward in the evening, when Hee-joo gets drunk and starts belittling Seo-yeon, causing her to answer back just as scathingly.  In episode 4 (full episode 2), Kang Tae-woo (Kim Kang-woo) comes here to talk to the caretaker of the house, who refuses to speak to him. Tae-woo finds out that the woman driving out from the villa was not the caretaker’s daughter, as he had assumed.

This building is briefly seen on TV as Jin Yong-tae’s (Son Ho-jun) mansion in episode 18 of Terrius Behind Me/My Secret Terrius (내 뒤에 테리우스) (MBC, 2018), when he is searched for murder.

The interior of this place appears as Seo Do-jae’s (Lee Min-ki) stepsister Kang Sa-ra (Lee Da-hee) mansion in The Beauty Inside / Byooti Insaideu (뷰티 인사이드) (JTBC, 2018) while the exterior appears as Seo Do-jae’s (Lee Min-ki) home. In episodes 5-6, Ryu Eun-ho (Ahn Jae-hyeon) comes to clean Sa-ra’s house as one of his part-time jobs, while she is looking everywhere for him and finally finds him at her place in episode 6. In episode as well, Do-jae and Han Se-gye in changed form (cameo by Kim Min-suk) are seen outside this place ready to leave for a jogging.

This is also where the crime scene of prosecutor Eun Sol’s (Jung Yoo-mi) first case in episode 1 of Partners for Justice / Investigation Couple (검법남녀) (MBC, 2018) takes place and where she meets police officer Cha Soo-ho (Lee Yi-kyung) for the first time.

The Rivendell Prestige Guesthouse [게스트하우스 리븐델] has been featured in many architecture magazines, and also won an architectural prize in 2013. It is named after the Elven town Rivendell in Tolkien’s The Lord of the Rings.

It is located in the Southern part of the village Goseong [Goseong-ri/고성리] in Gapyeong County’s Oeseo Township [Oeseo-myeon/청평면], around 3 hrs east of Seoul by public transport and 17 minutes by bus from Petite France [쁘띠프랑스], which is located in the same village.