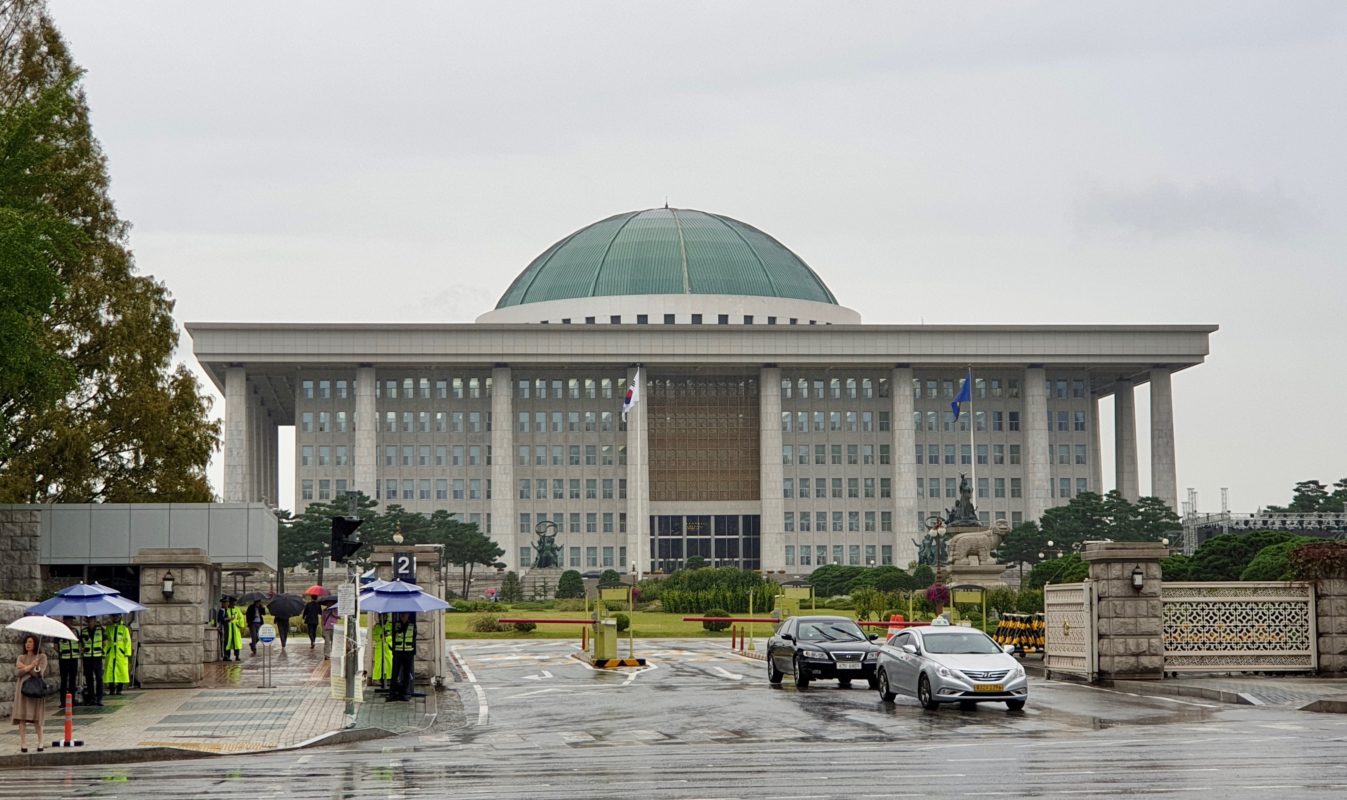 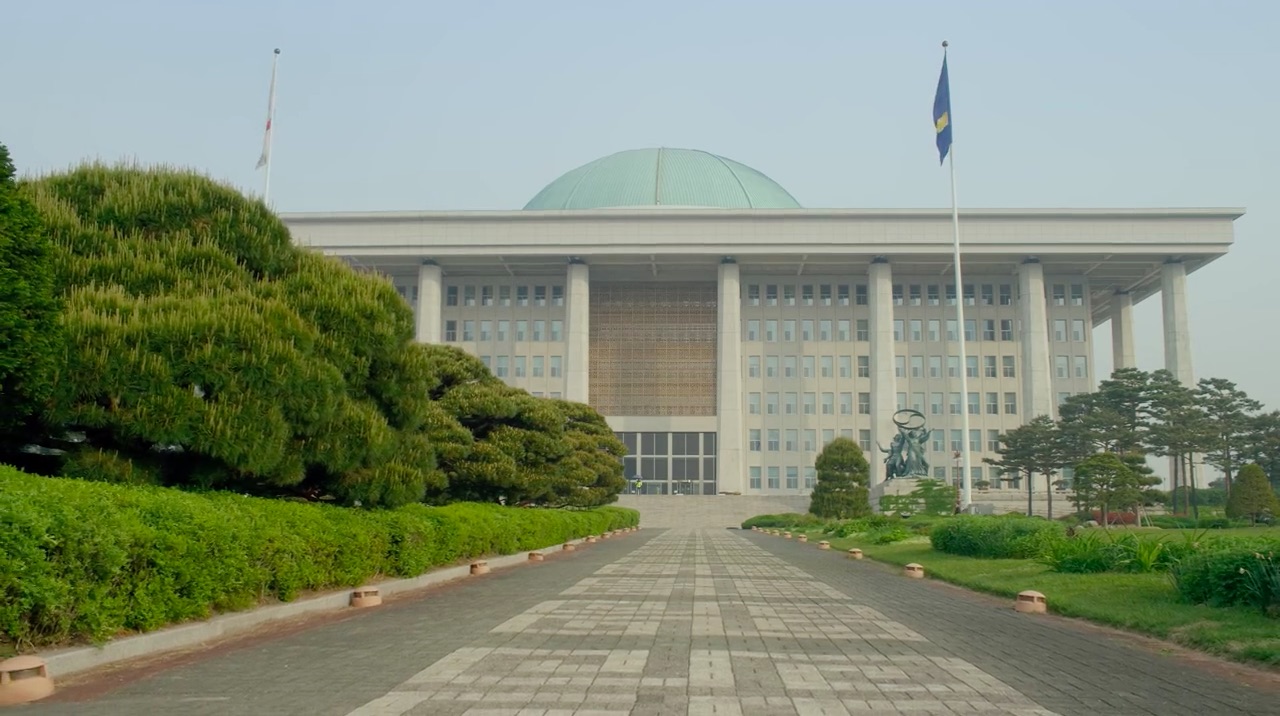 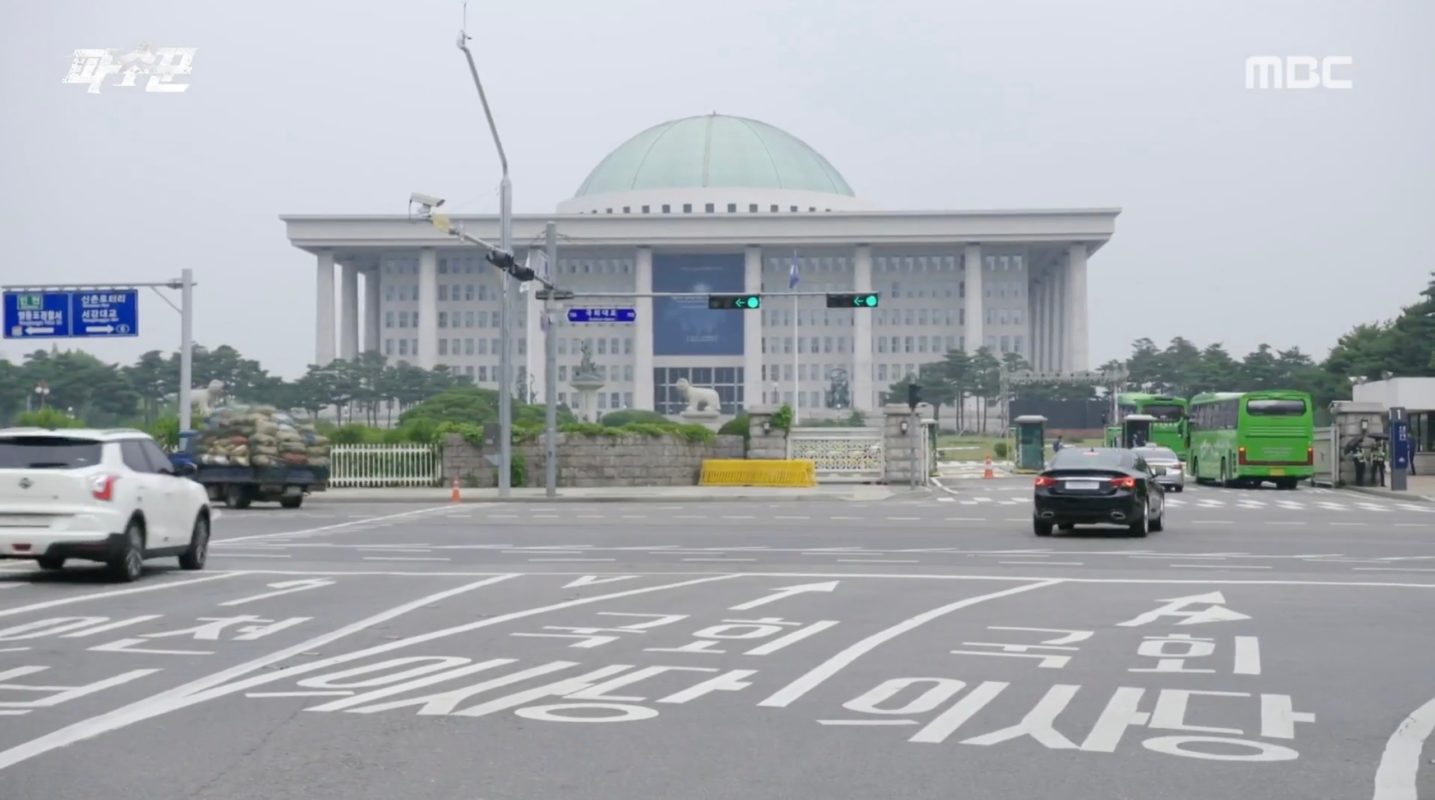 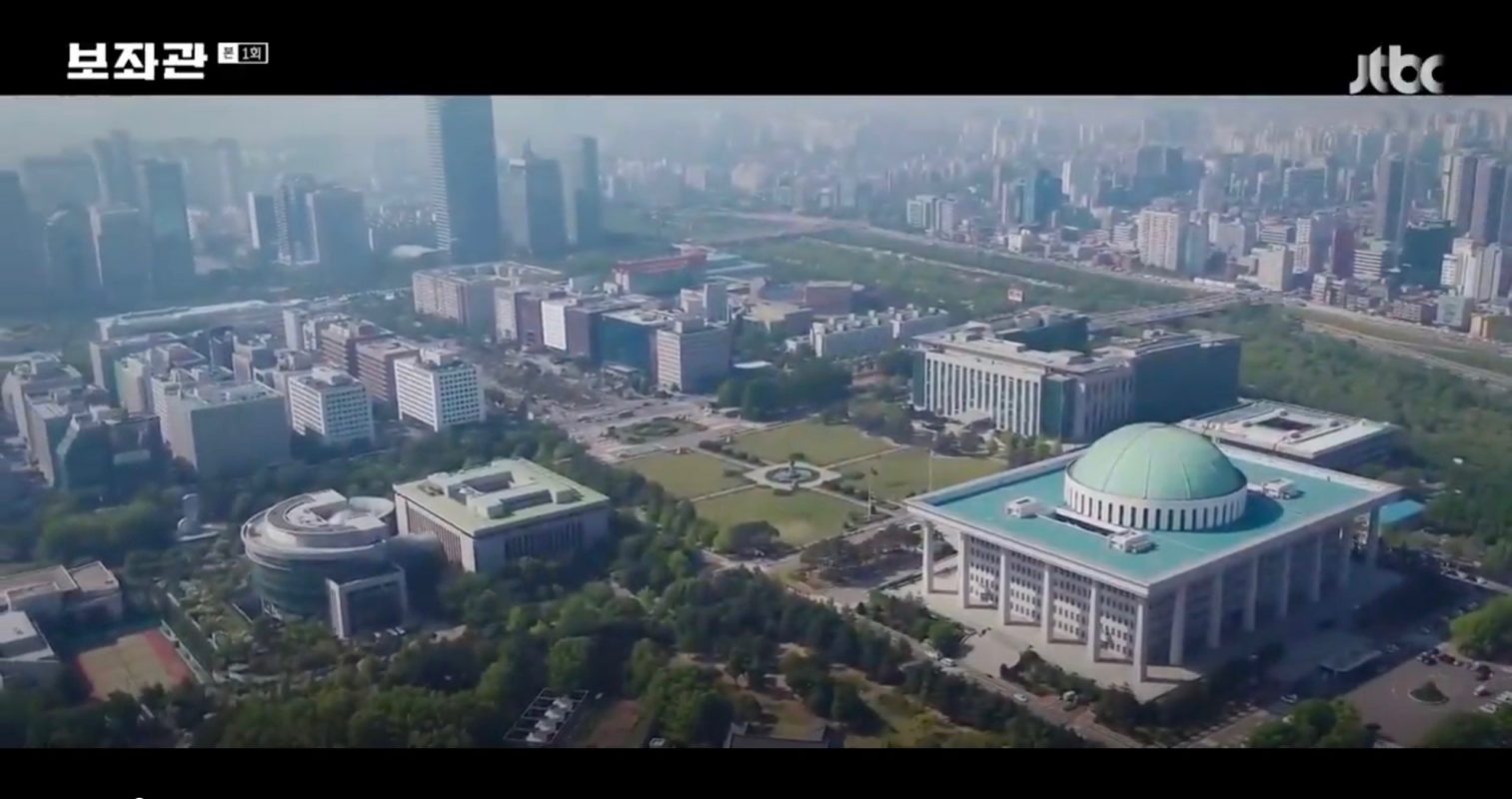 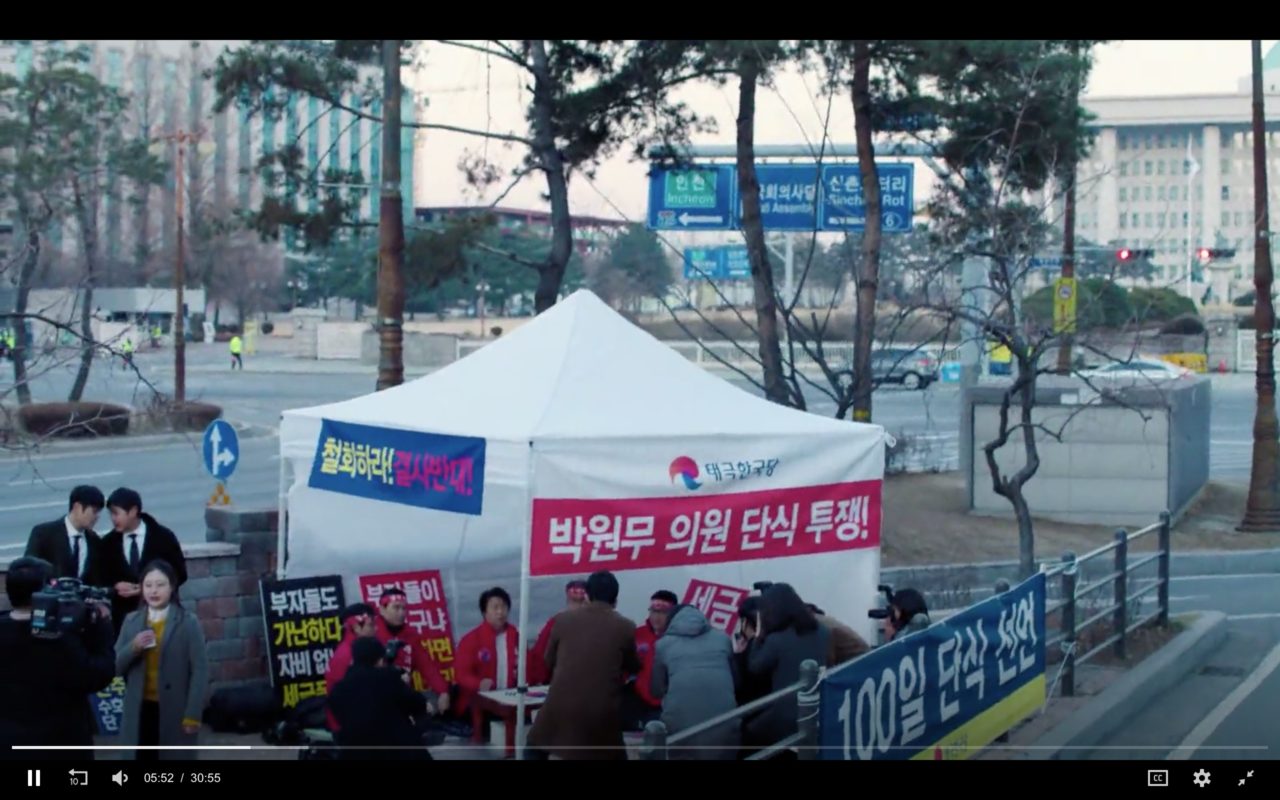 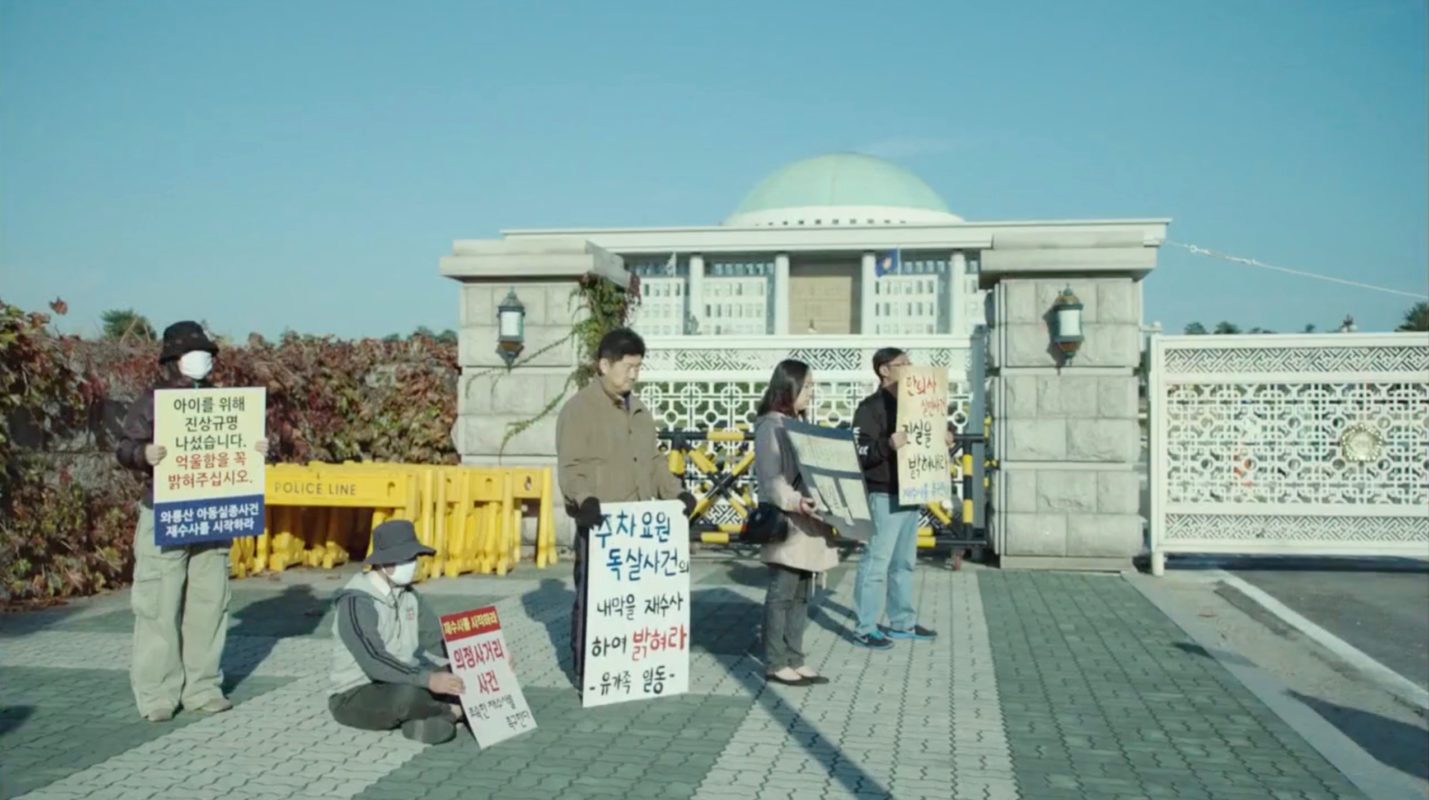 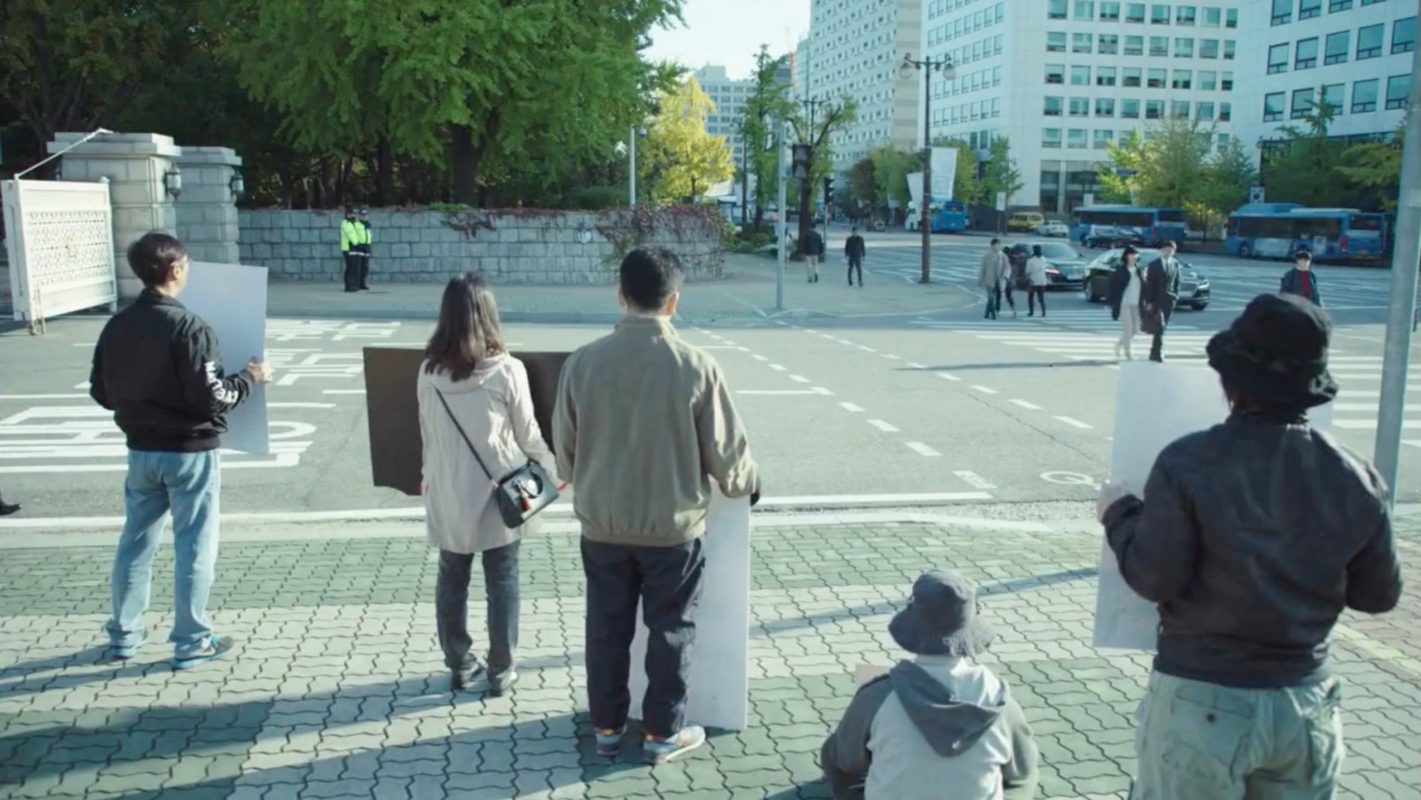 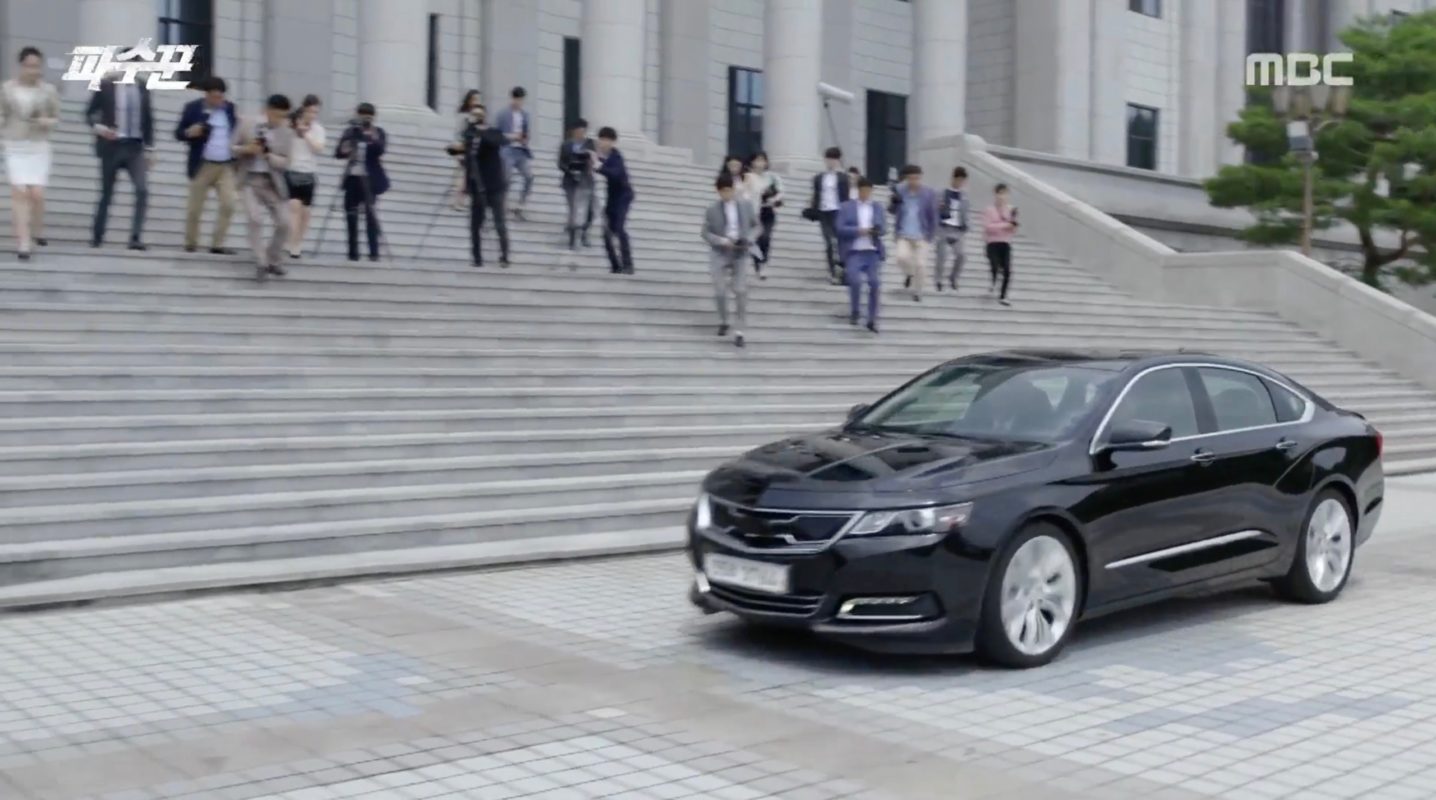 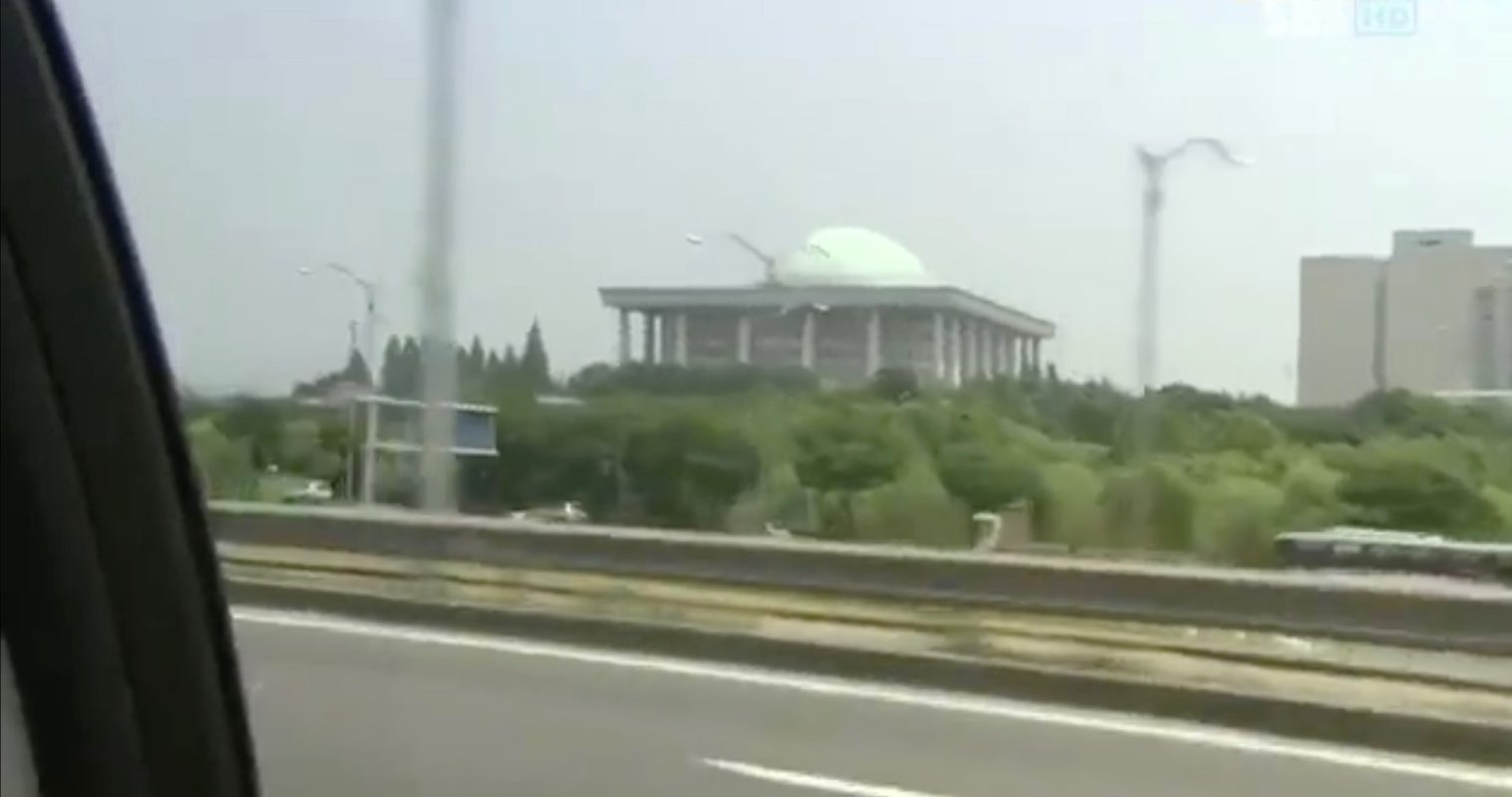 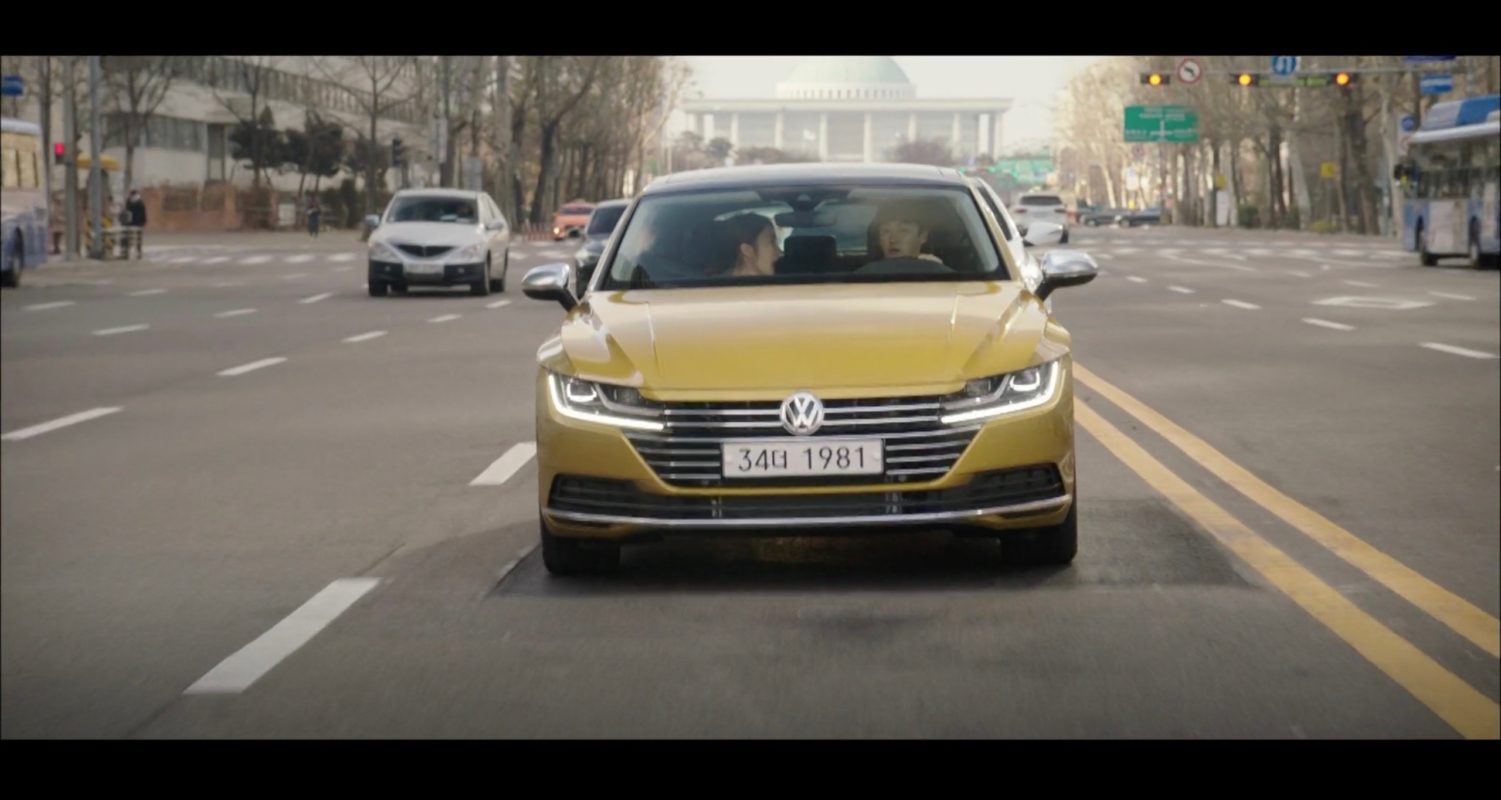 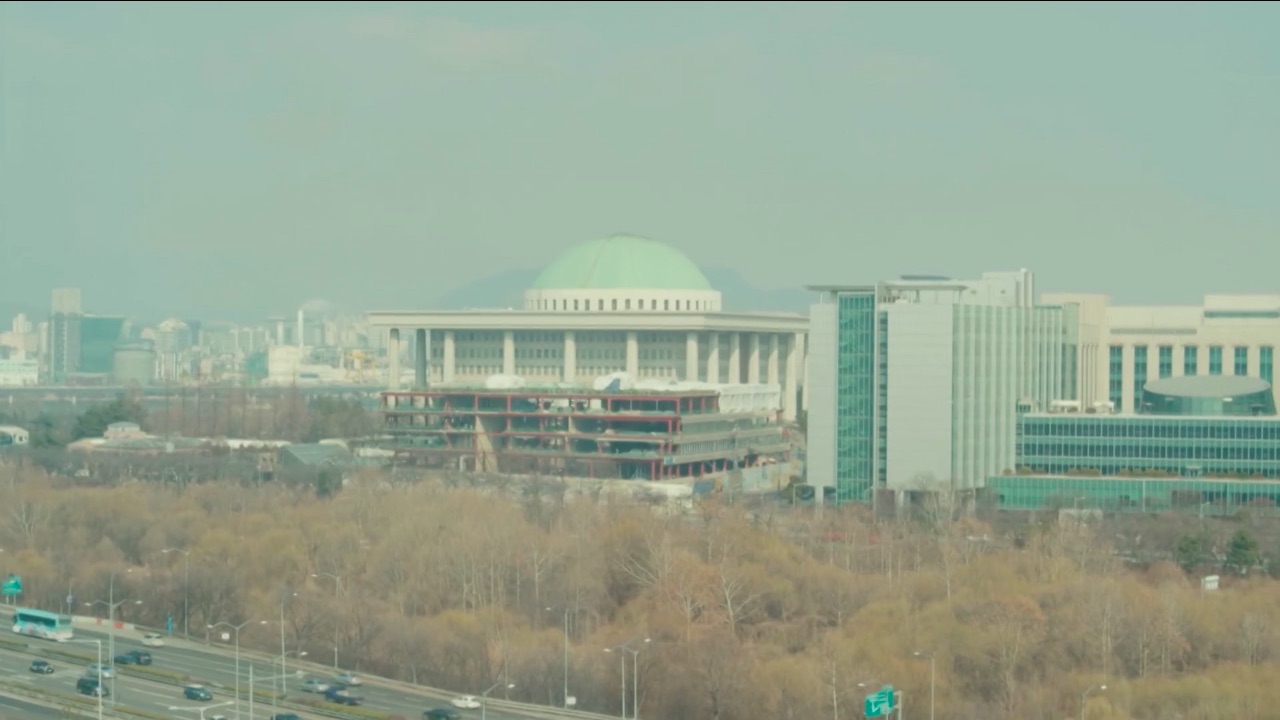 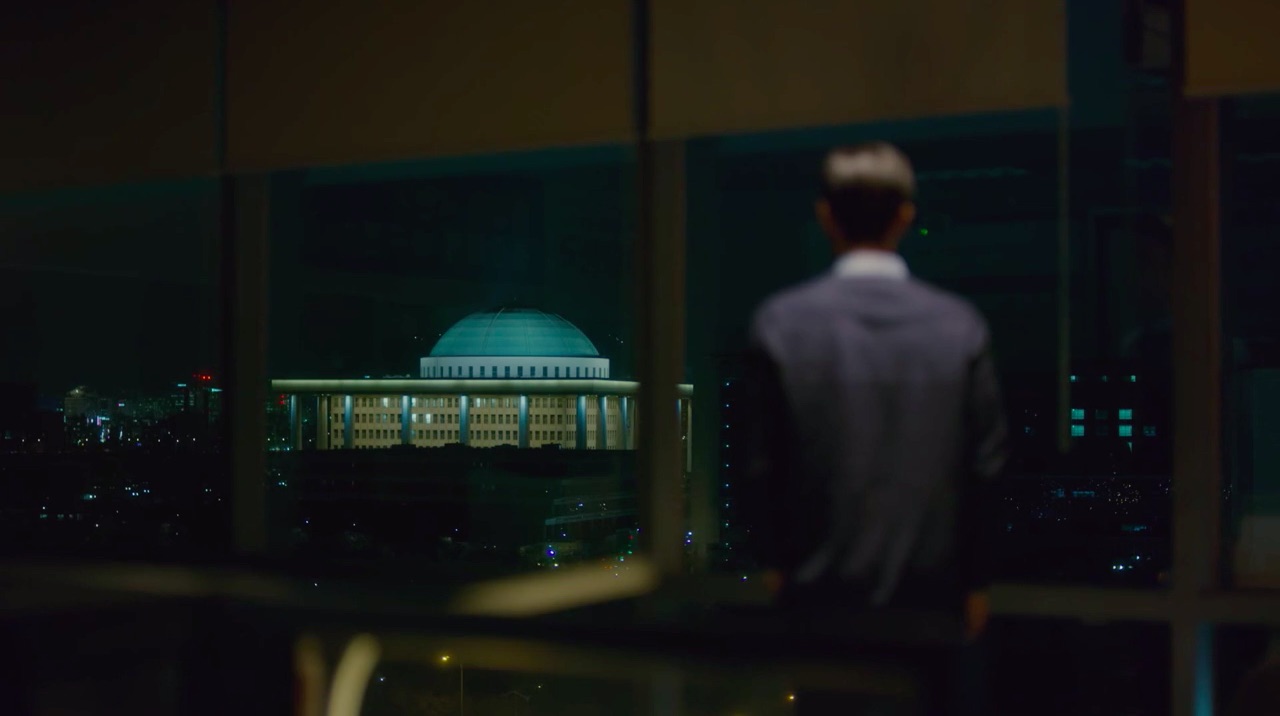 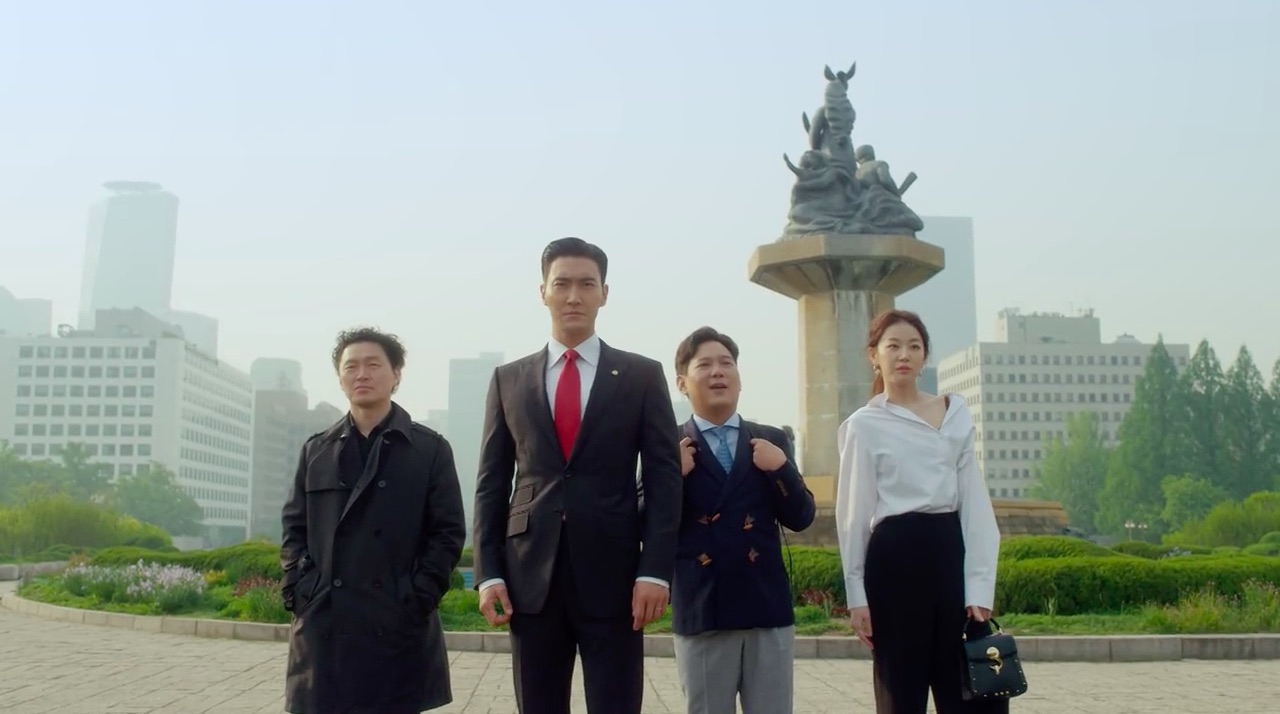 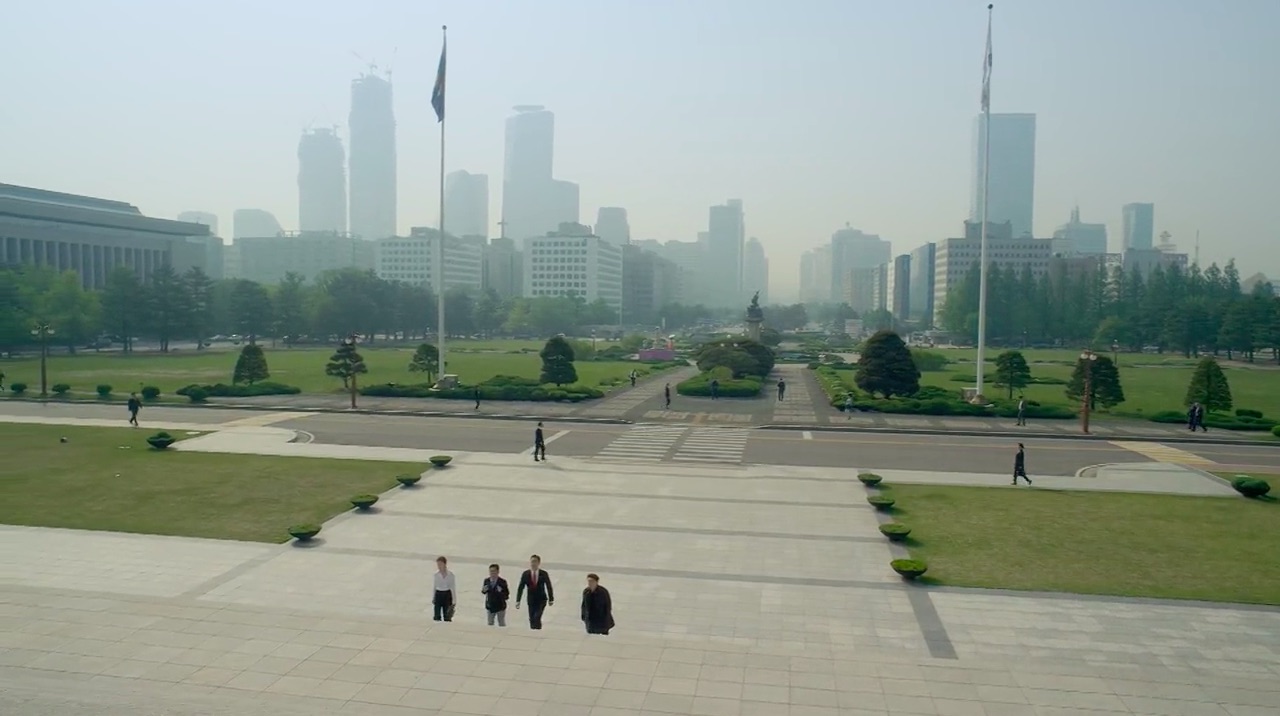 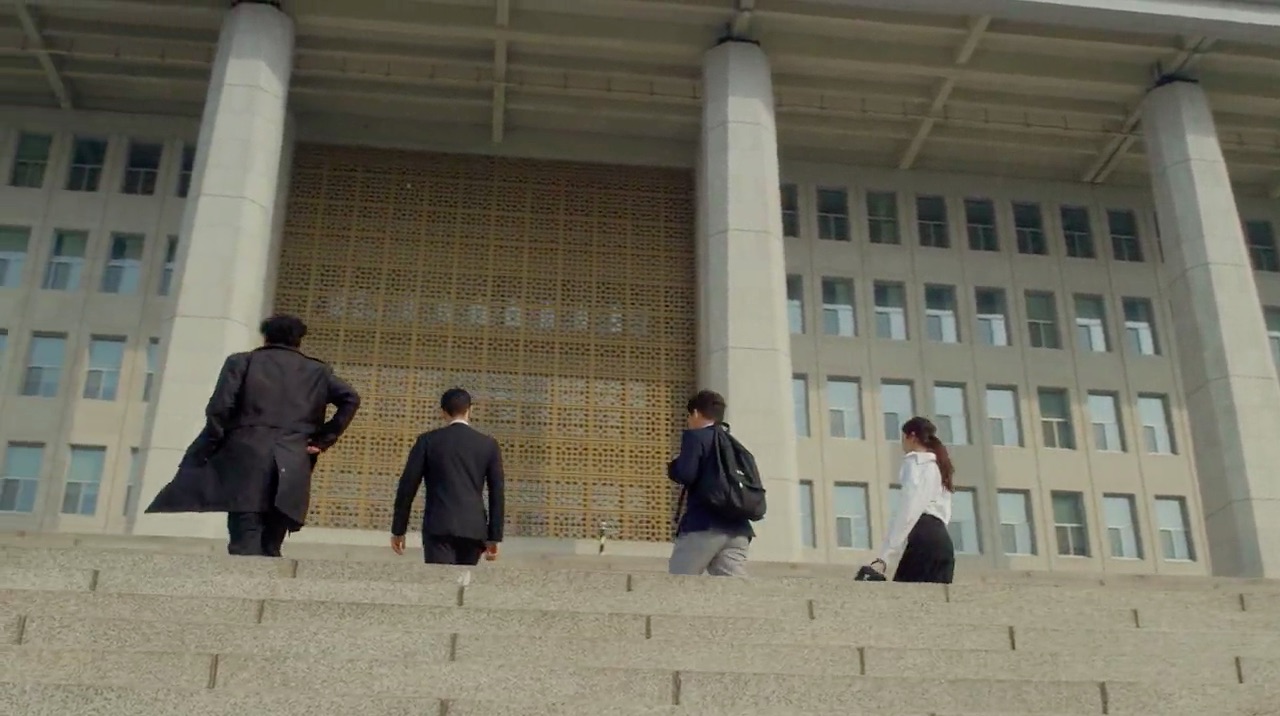 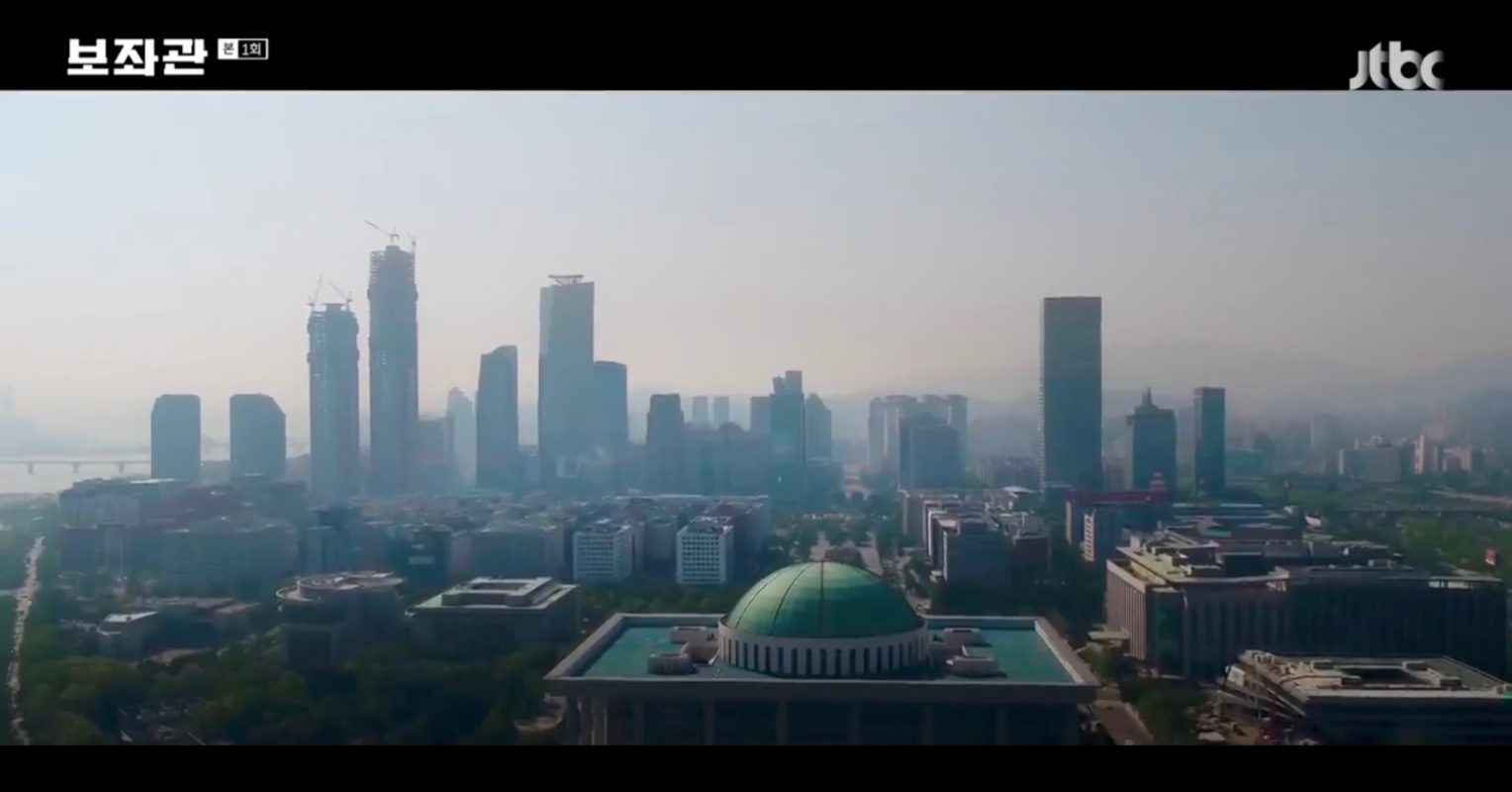 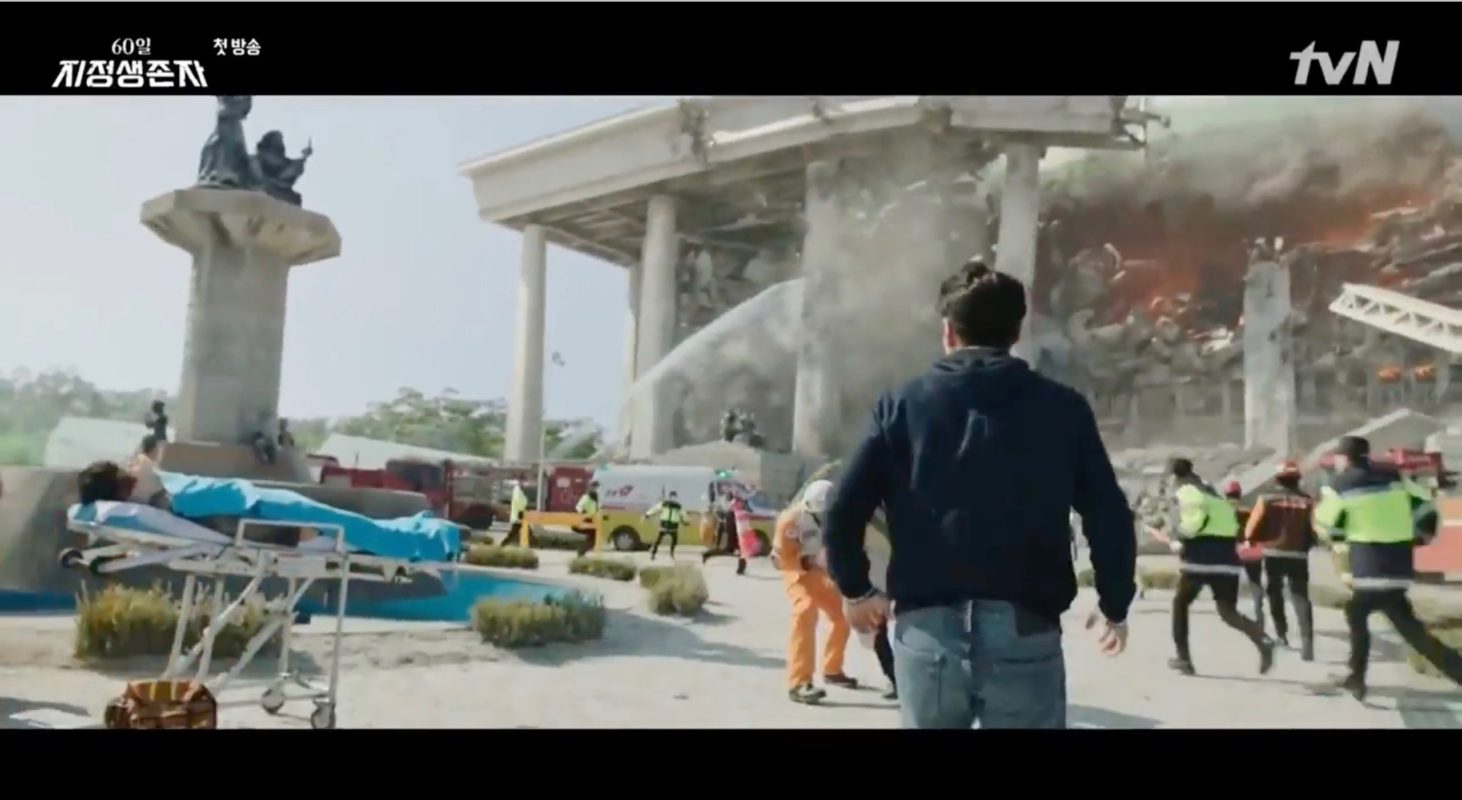 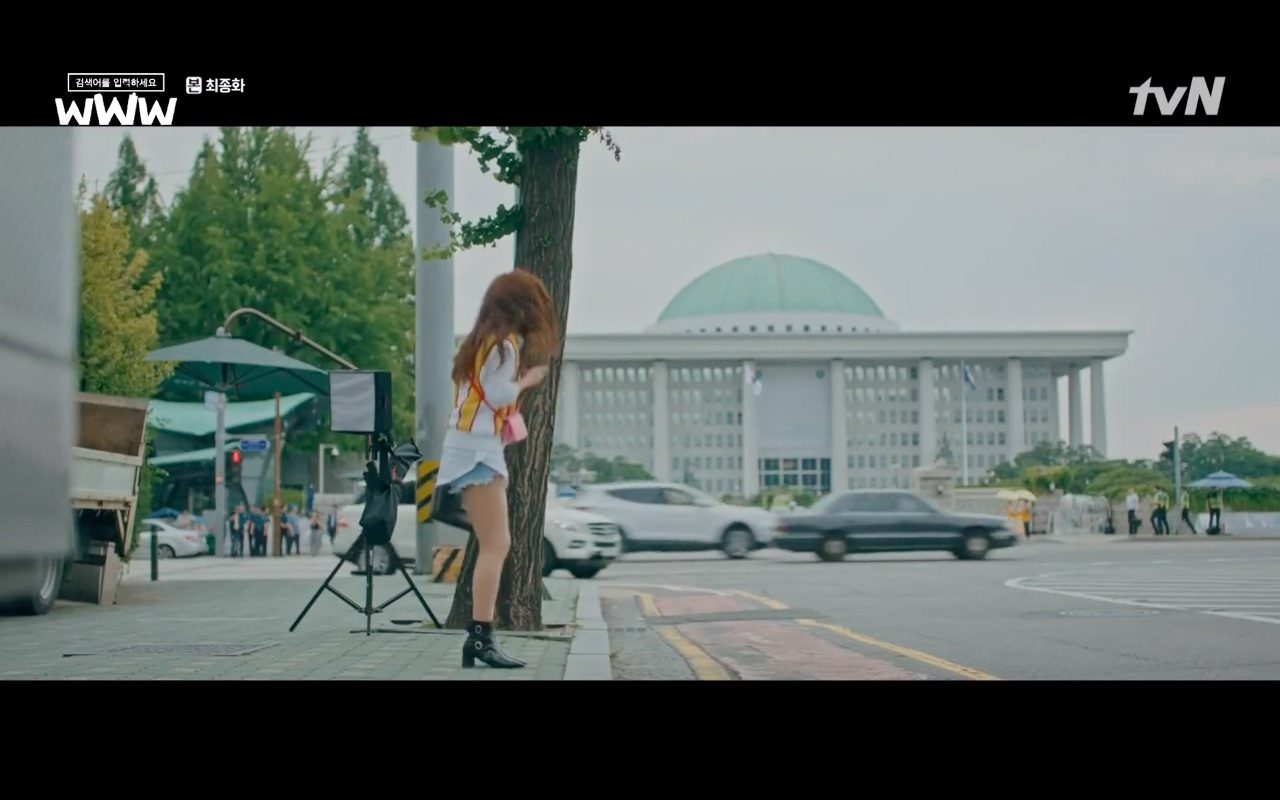 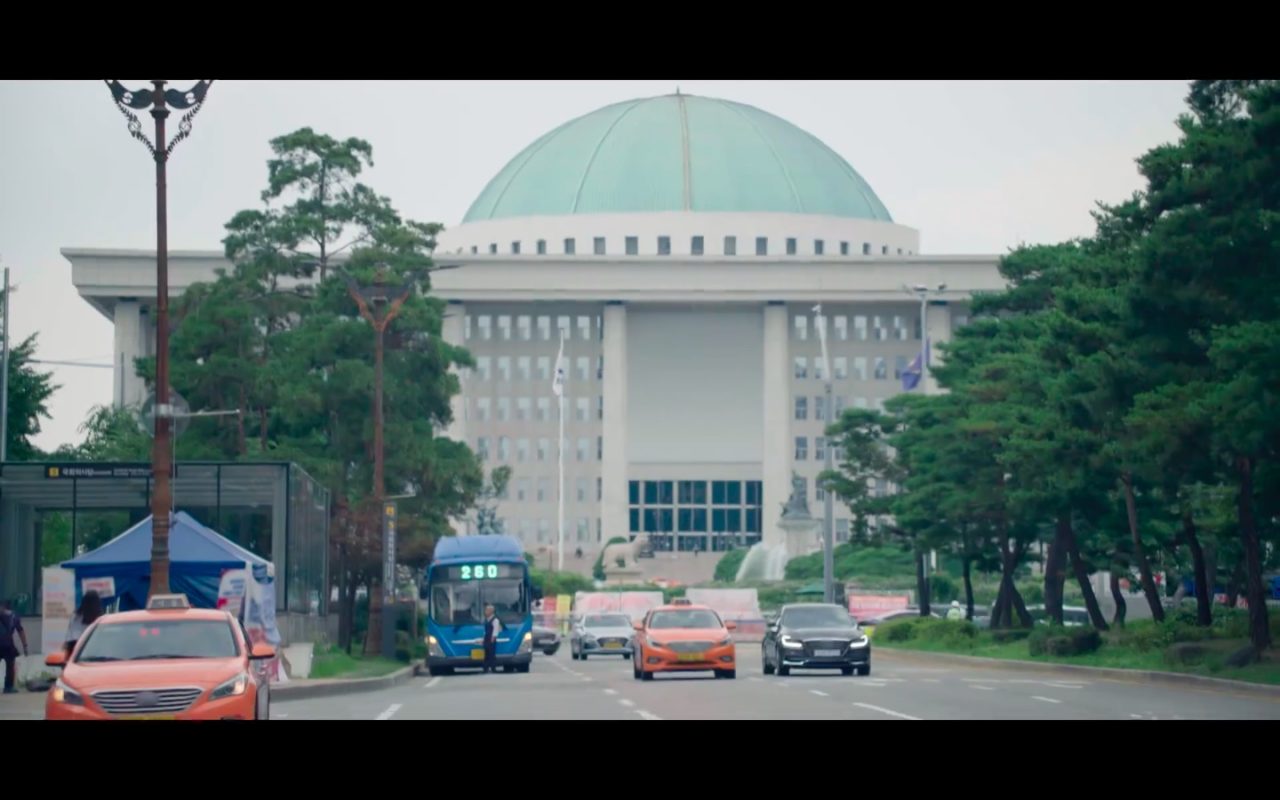 Assemblyman Sung Min-Joon leaves from this building in a chauffeured car in episode 2 of Melancholia (멜랑꼴리아) (tvN, 2021).

As an assemblyman, Lee Kyu-jin (Bong Tae-gyu) continues his days-long a hunger strike outside this building in episode 1 of Penthouse 2/The Penthouse: War in Life Season 2 (펜트하우스 2) (SBS, 2021), to protest against other assemblyman with multiple properties.

This building is seen in the background as Yoon Dong-joo (Jo Hye-joo) rejoices at reaching the top of the search engine rankings in final episode 16 of Search: WWW/Type in Search Word: WWW (검색어를 입력하세요: WWW) (tvN, 2019), and is approached by Pyo Joon-soo (Kim Nam-hee) in an attempt to rekindle their relationship.

There is an explosion at this building in episode 1 of Designated Survivor: 60 Days (60일, 지정생존자) (tvN, 2019); which eventually leads to Park Moo-jin (Ji Jin-hee) —who works here— to become president. But before that he rushes here to see if his daughter is alive because she had a field trip to this place the same day the explosion took place.

This building is at the center of Chief Of Staff/Aide (보좌관) (JTBC, 2019) as the workplace of, among others, Jang Tae-joon (Lee Jung-jae) and Han Do-kyung (Kim Dong-joon) — as seen, for instance in episode 1.

This building can be seen in the background of where Park Joon-yong (Kim Ki-doo) finds out the truth about Min Ye-rin (Go Won-hee) in episode 7 of Perfume/Peopyoom (퍼퓸) (KBS2, 2019).

The office rented by Chairwoman Park Hoo-ja (Kim Min-jeong) for Yang Jung-guk (Choi Si-won) to run his sham campaign in My Fellow Citizens!/Fellow Citizens (국민 여러분!) (KBS2, 2019), overlooks this building “as inspiration”, Hoo-ja says, for Jung-guk to reach his (forced) goal of becoming an assemblyman. In episode 25, he finally makes it to the actual building — as a true blue assemblyman.

We see protesters against cold cases in front of this building in episode 2 of Signal (시그널) (tvN, 2016) that confront Kim Bum-joo (Jang Hyun-sung).

Jo Gook (Cha Seung-won) passes by this building in episode 17 of The City Hall (Siti Hol/시티홀/씨티홀) (SBS, 2009) while looking at it wistfully from the car window.

Episode 72 of YouTube series Workman [워크맨] (Lululala, 2019-present) was filmed here, where host Jang Sung-kyu experienced what it’s like to work as an aide to three current members of the National Assembly.

In 2013, it was designated Seoul’s Future Heritage (서울미래유산) given out since 2012 by the city’s government.

The bronze statue/fountain in the middle of the square seen in My Fellow Citizens!, was erected in 1978 and has a sign that reads ‘평화와 번영의 상’, or ‘the statue for peace and development’.