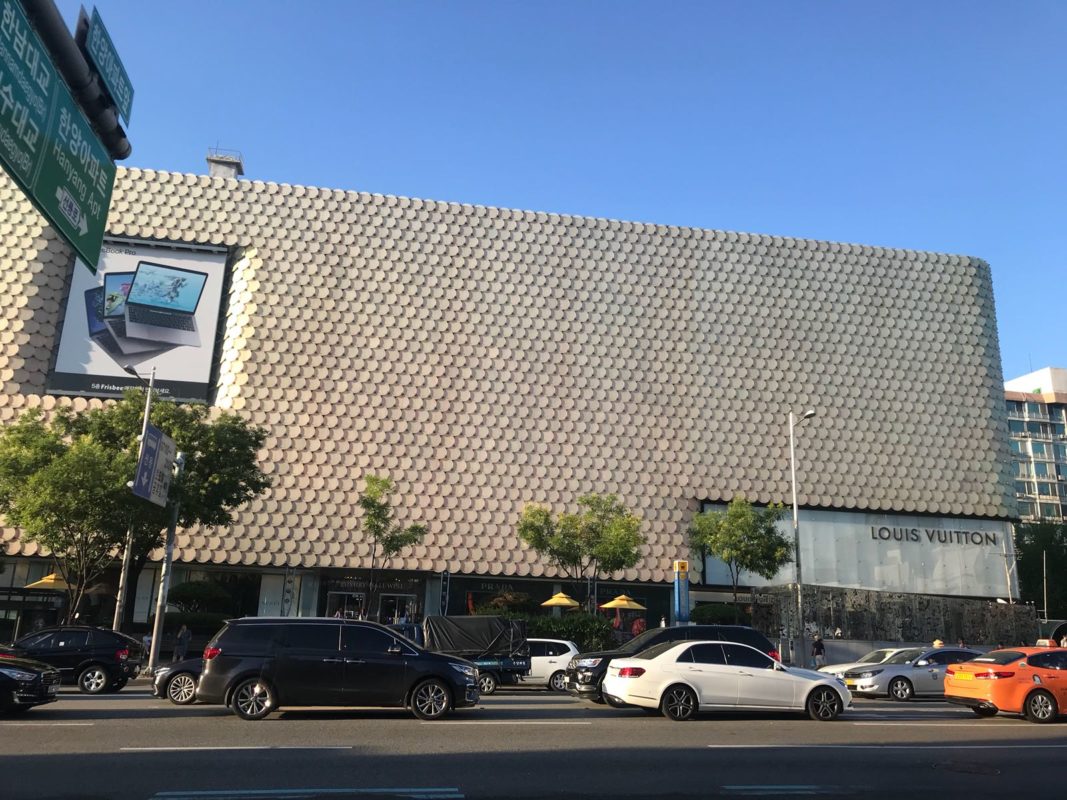 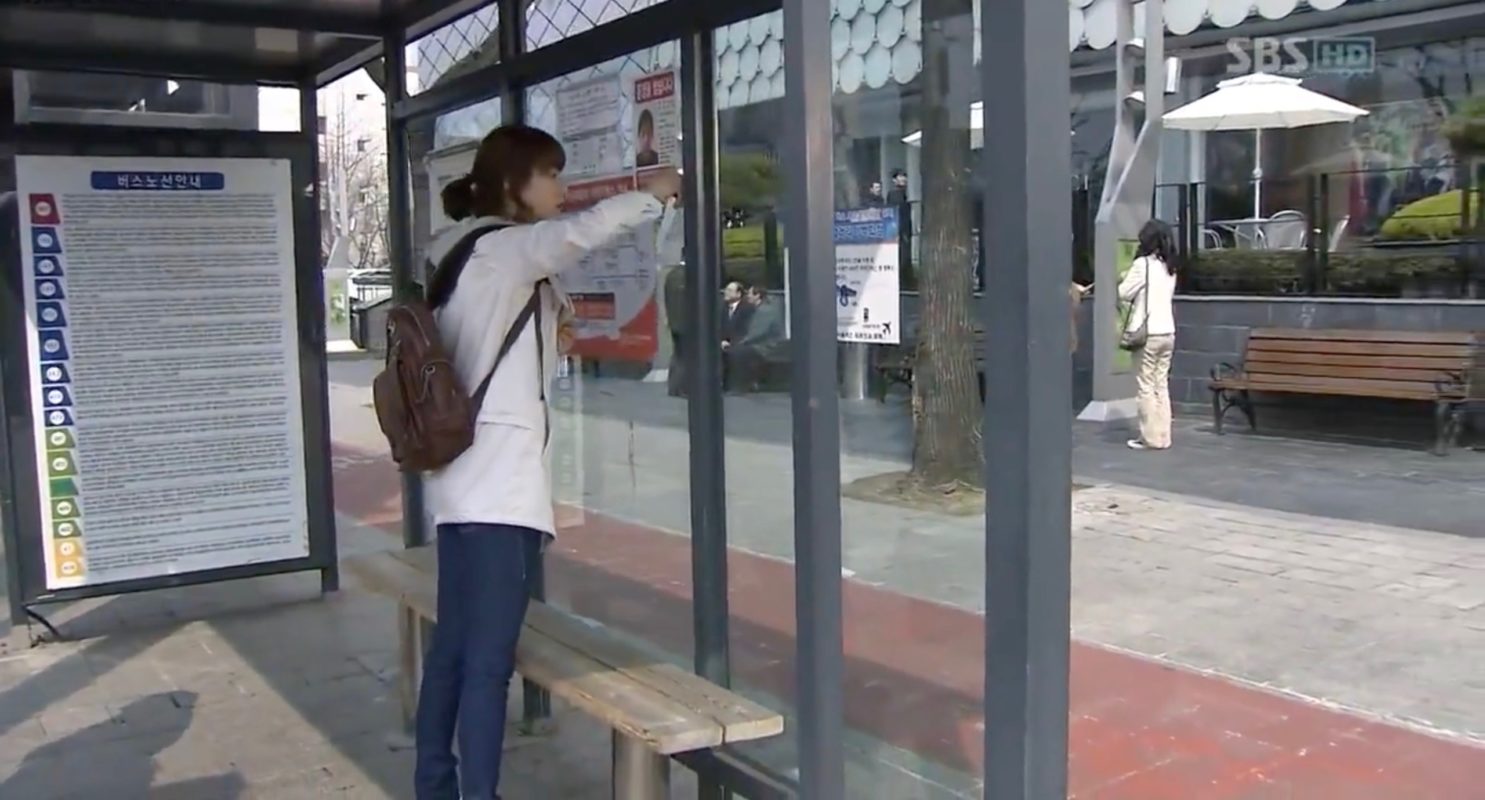 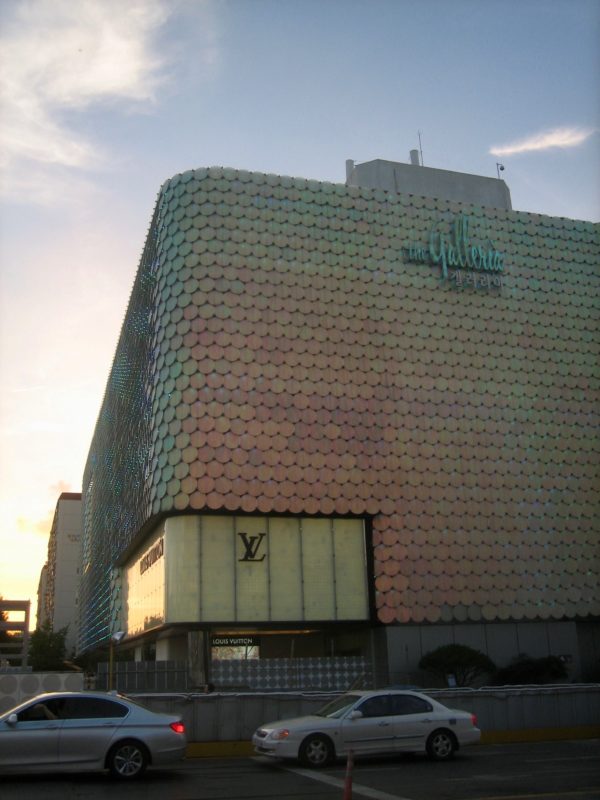 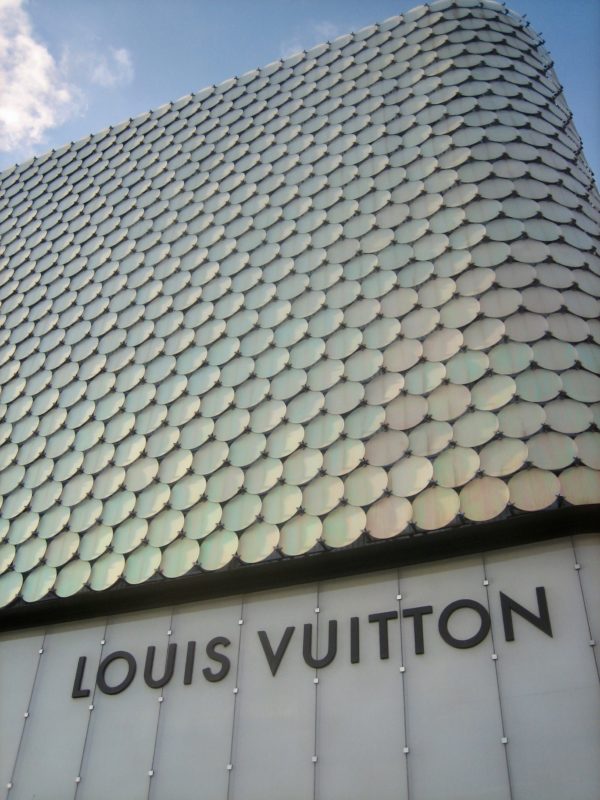 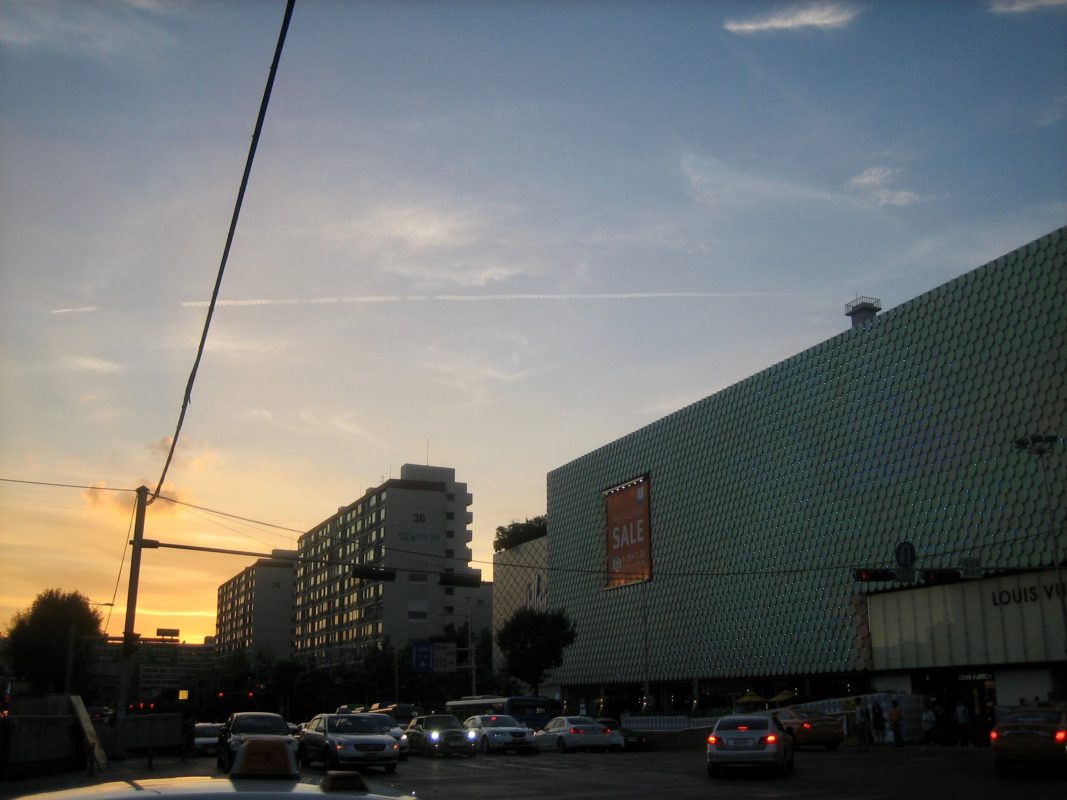 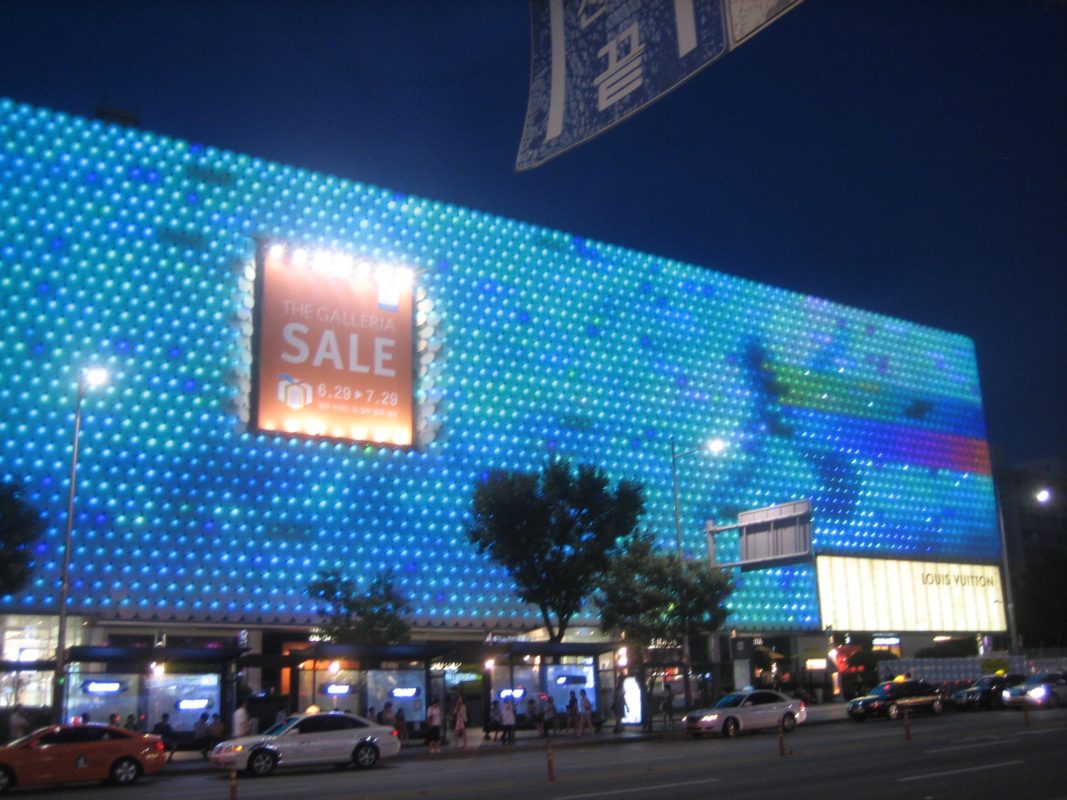 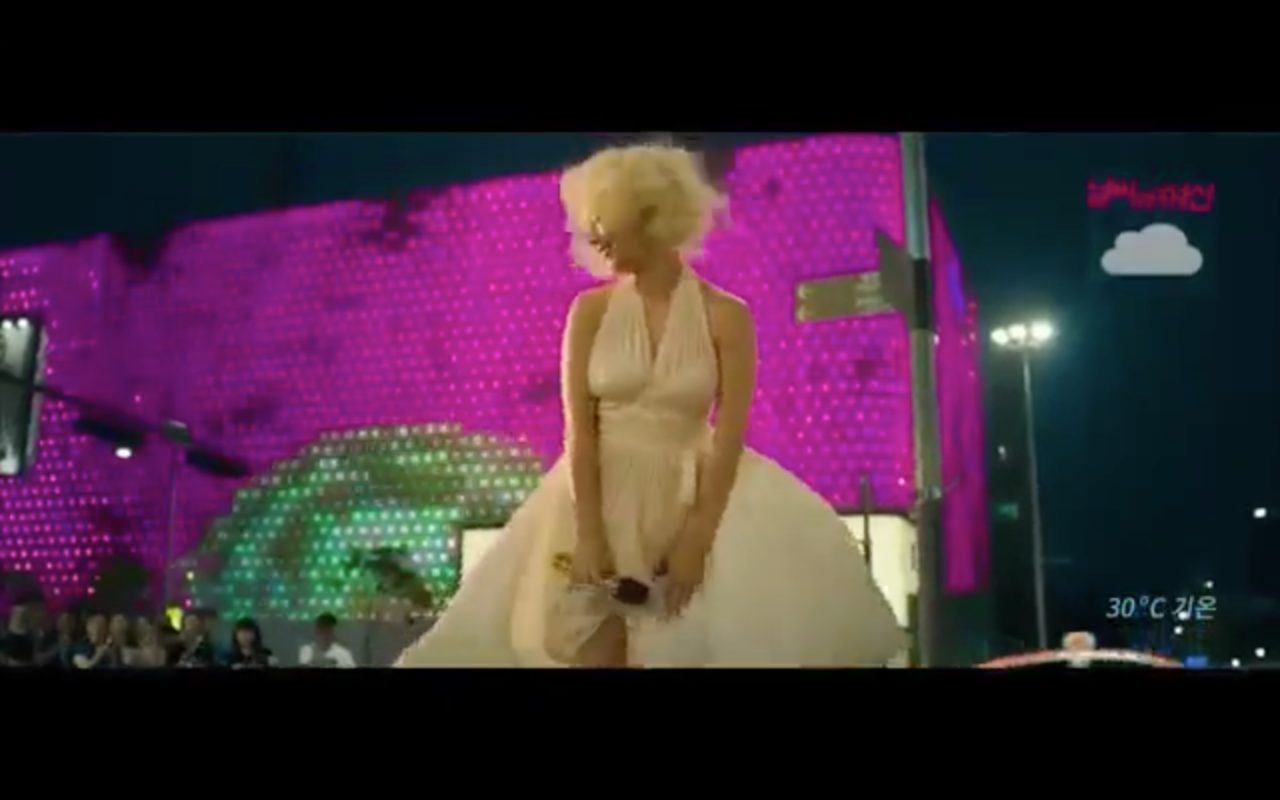 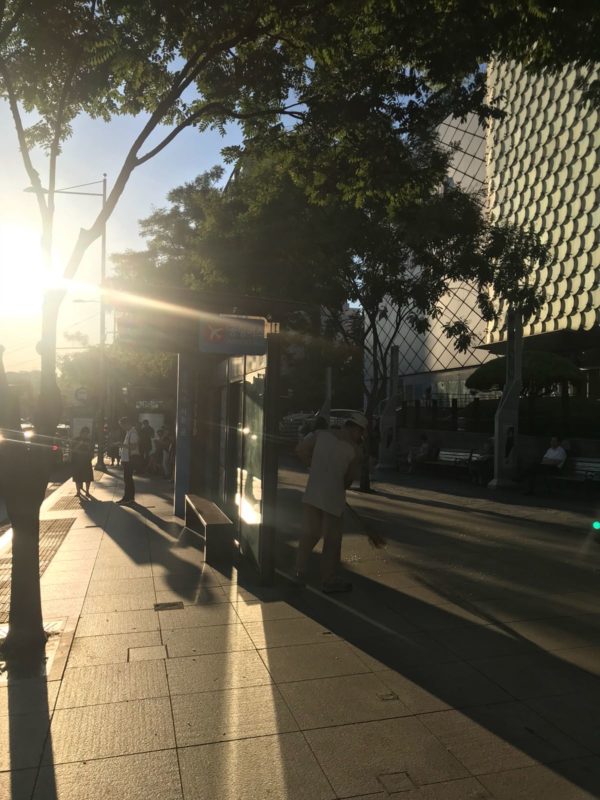 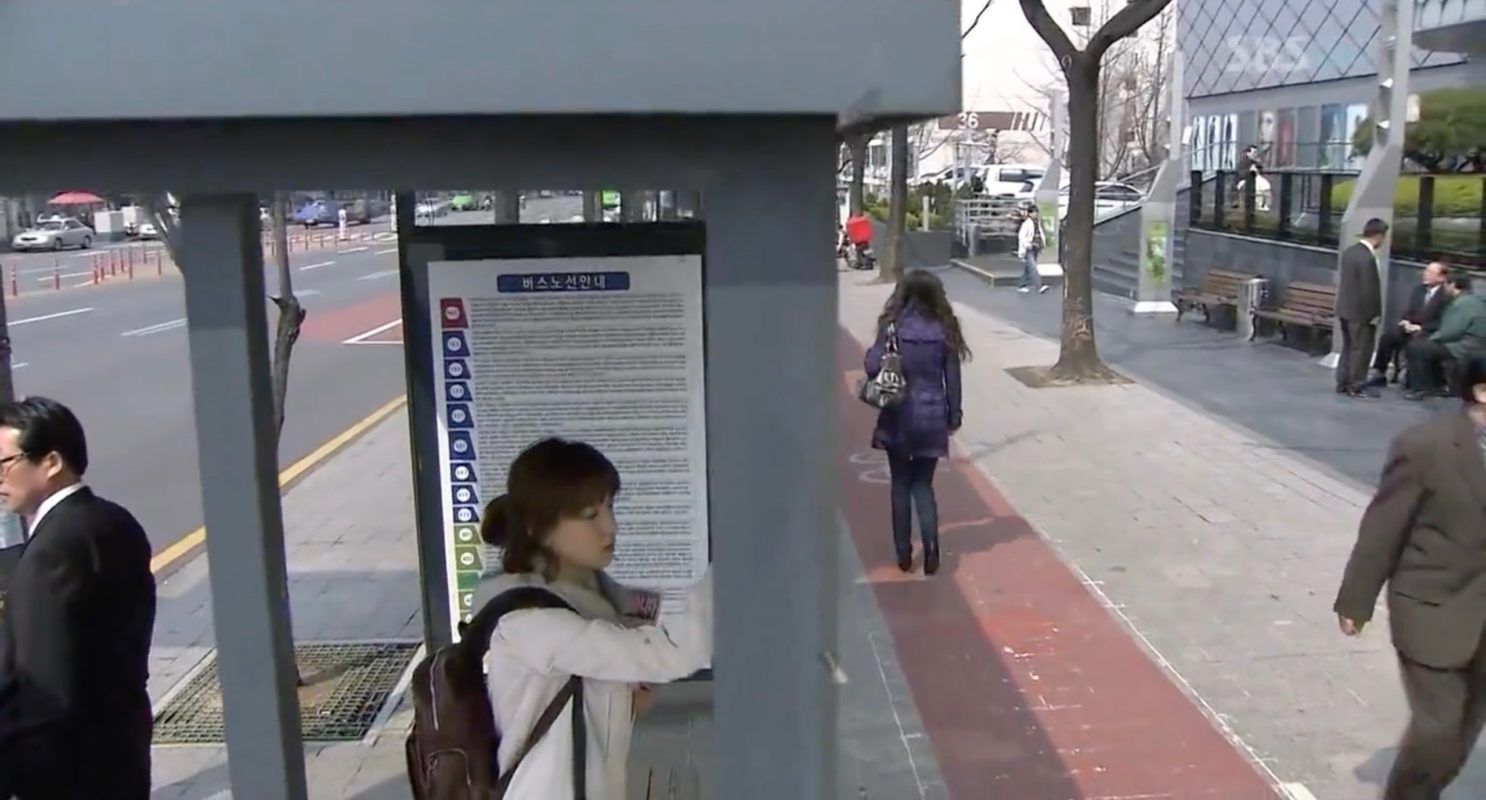 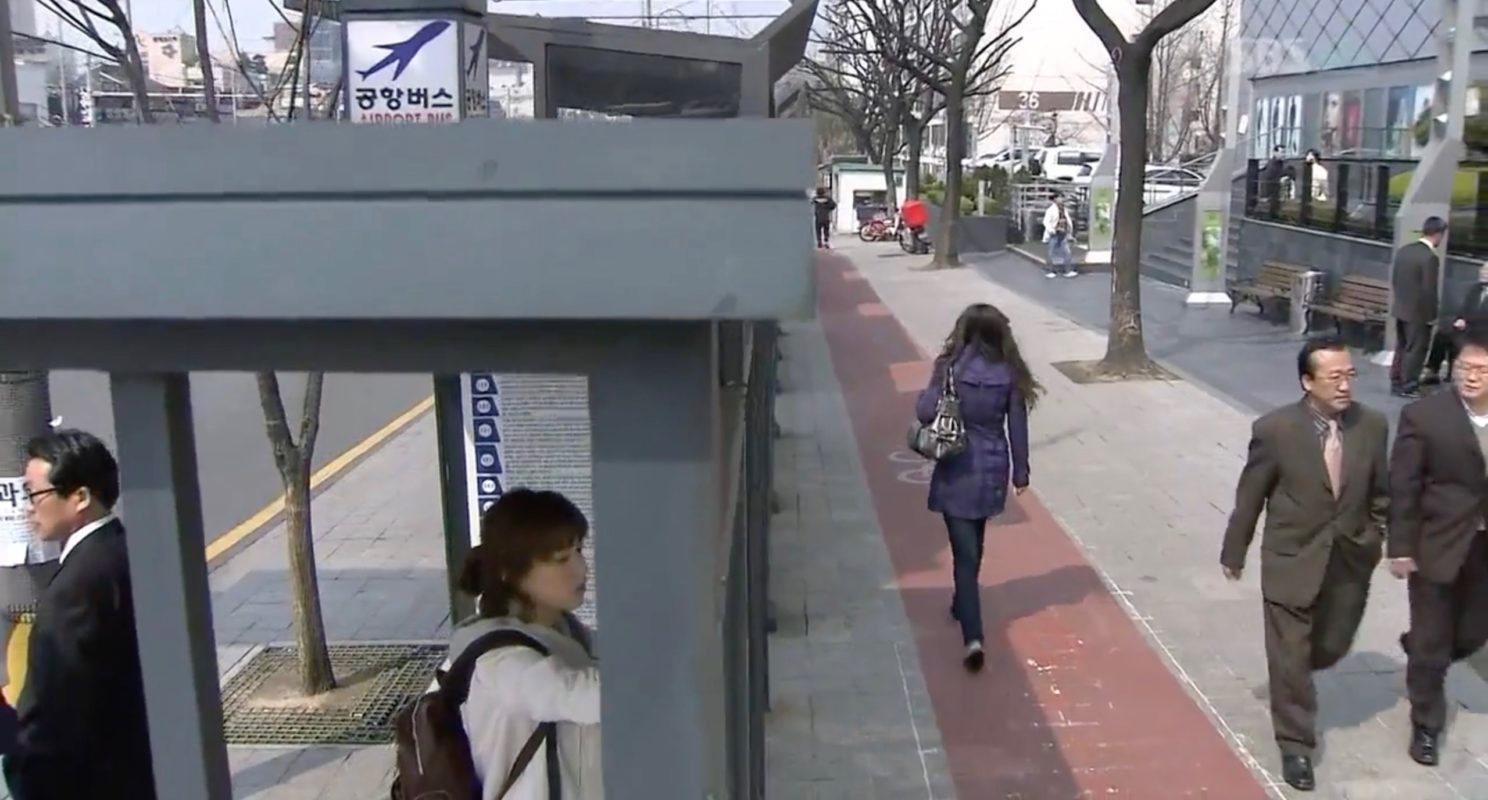 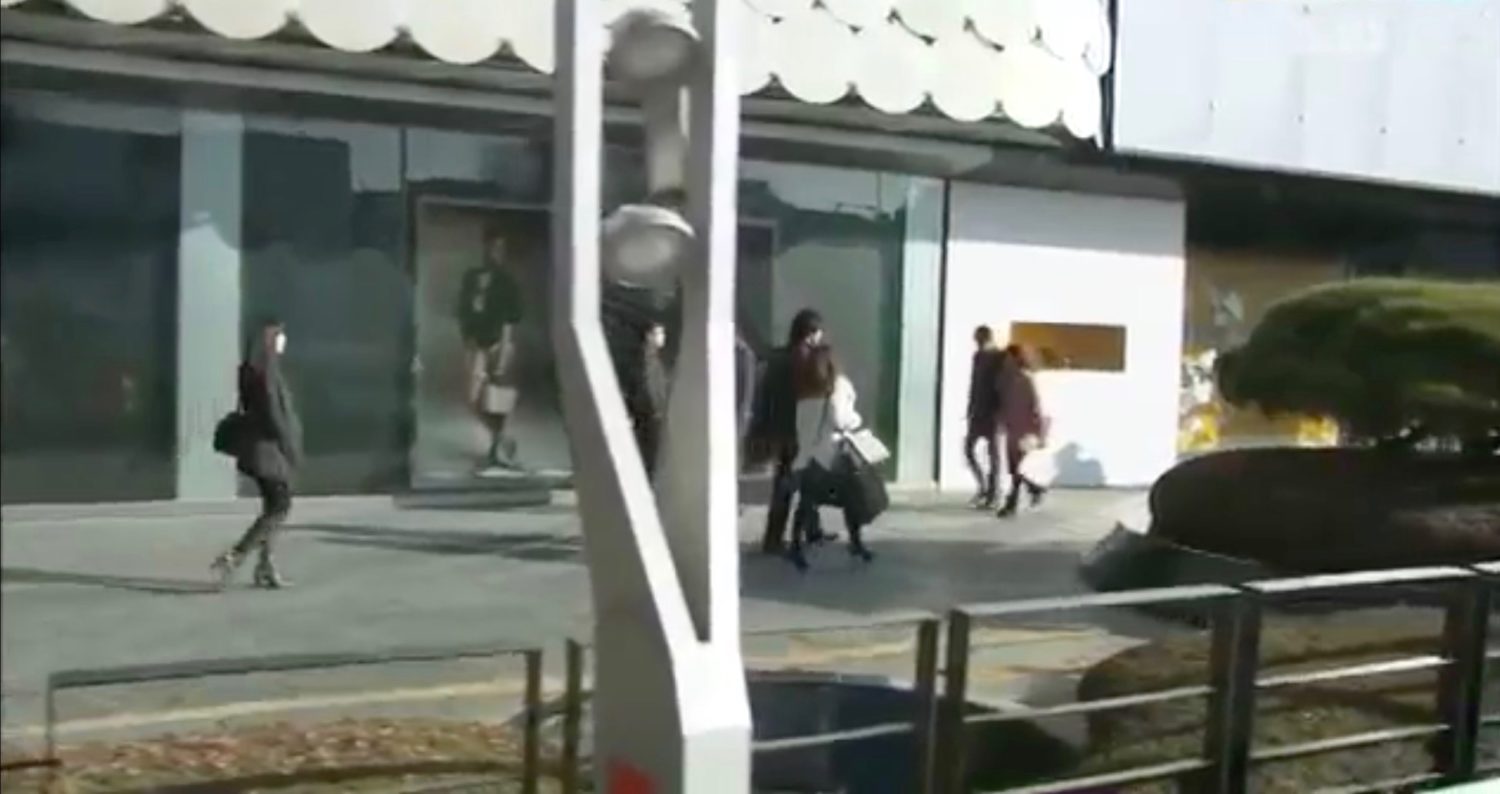 It is at the bus stop ‘한양아파트.압구정로데오역 23158’ [Hanyang Apartment, Apgujeongrodeo Station 23158] in front of this store that Ko Eun-Seong (Han Hyo-Joo) puts up posters in search of her brother Ko Eun-Woo (Yeon Jun-Suk) in episode 4 of Brilliant Legacy/Shining Inheritance (찬란한 유산) (SBS, 2009).

It is in front of this department stores that one of Kim Hyun-woo’s (Moon Chae-won) weather forecasts is filmed in Love Forecast (오늘의 연애) (2015).

The Galleria Luxury Hall West [갤러리아백화점 WEST점] —or short Galleria West Hall—, opened in 2004 and designed by Dutch architect Ben Van Berkel, this hall completes the East Hall of Galleria Department Store (inaugurated in 1990 and said to be the oldest of its sort in South Korea), is located in Seoul’s neighborhood Apgujeong [Apgujeong-dong/압구정동] in the Gangnam District [Gangnam-gu/강남구].

This building is one of the 380 traditional and modern-contemporary buildings in Seoul that were selected for the The Seoul Architectural Guide (2013, page 95).