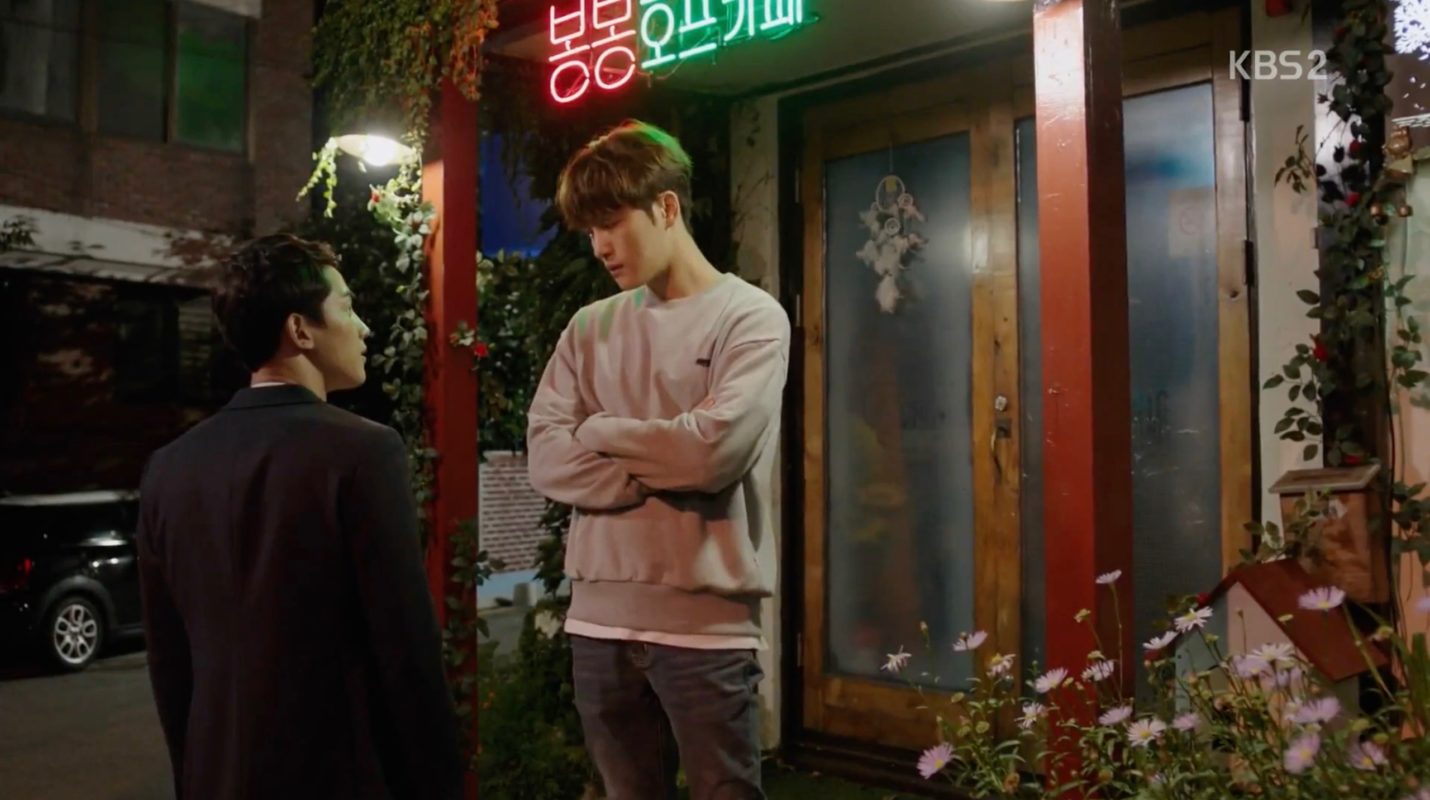 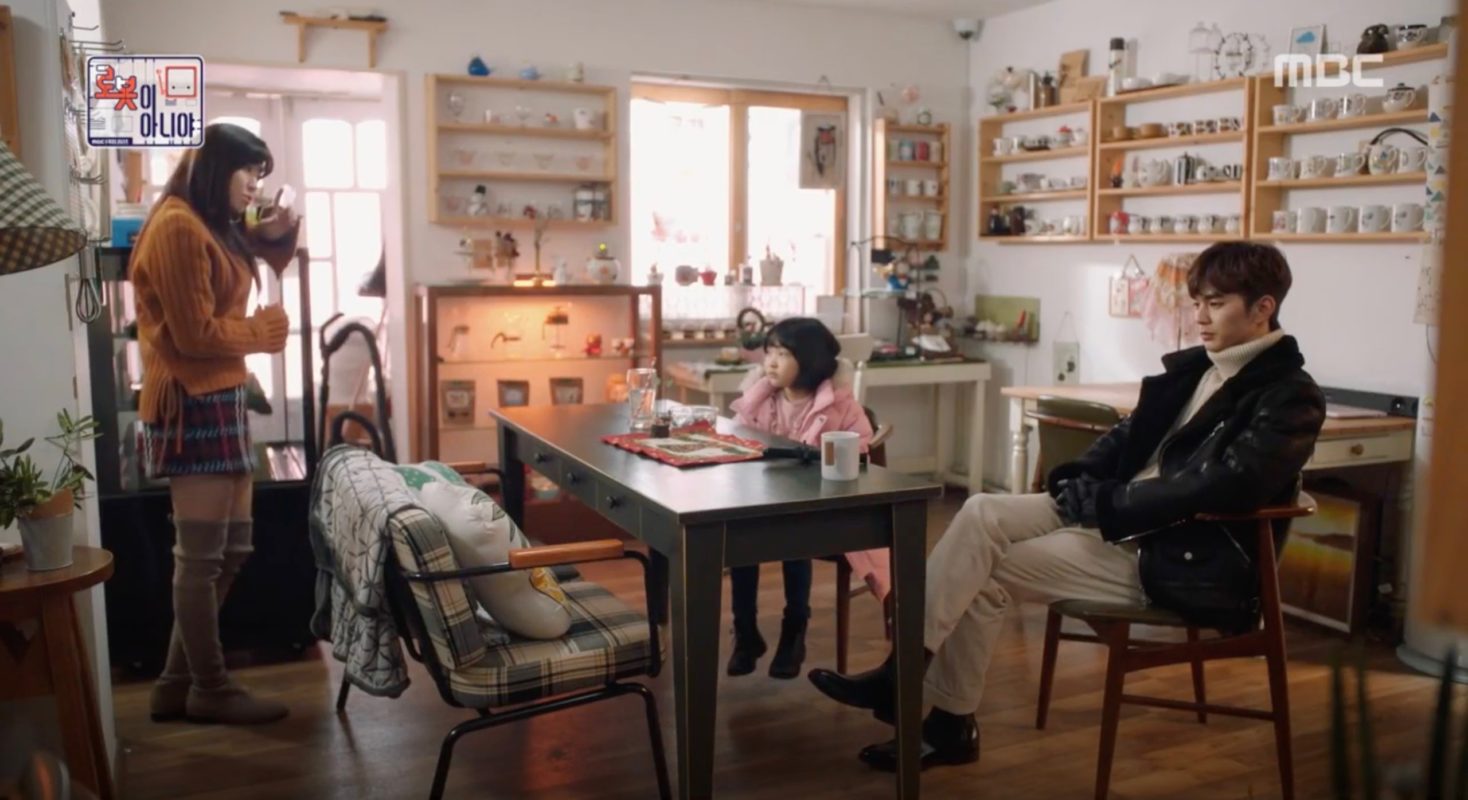 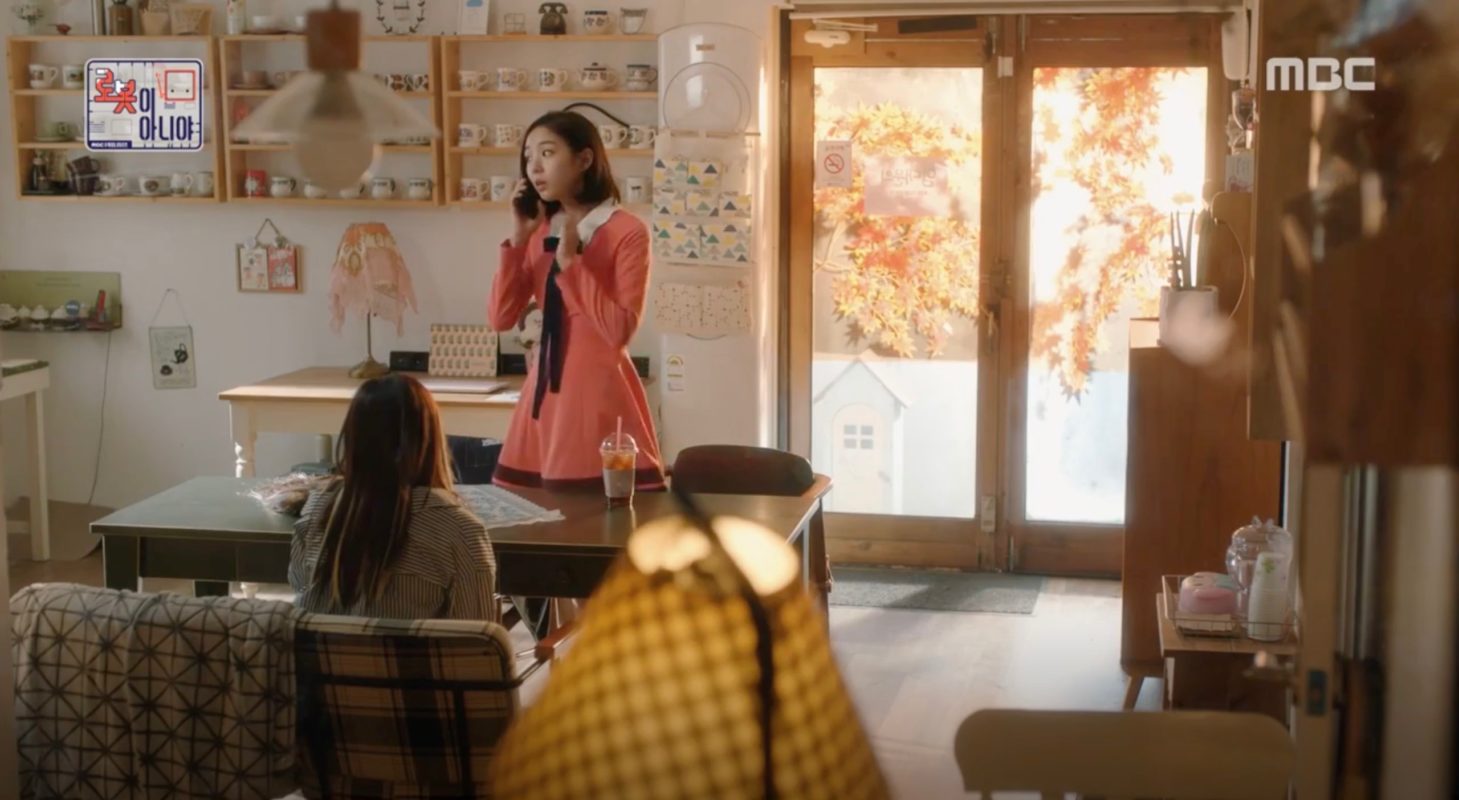 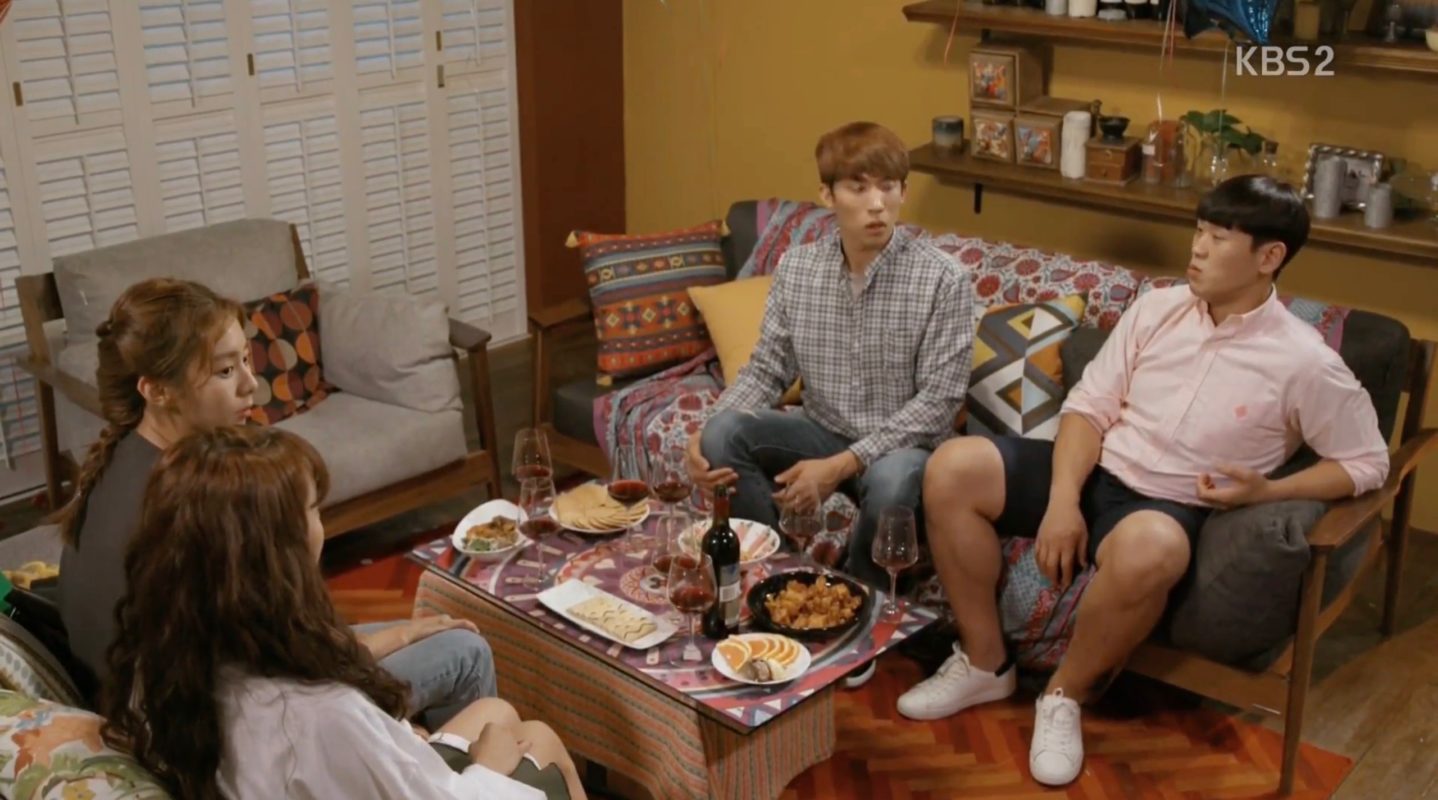 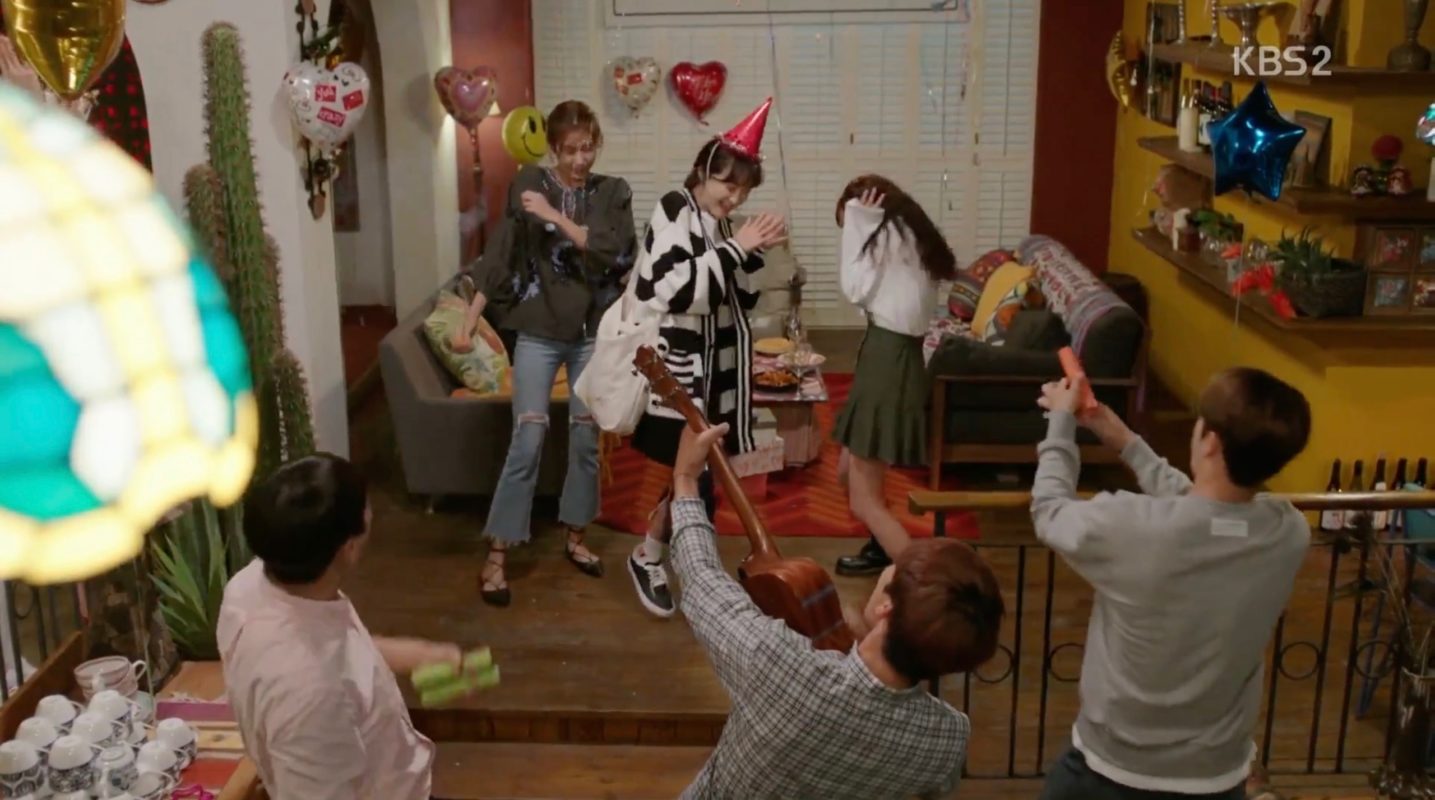 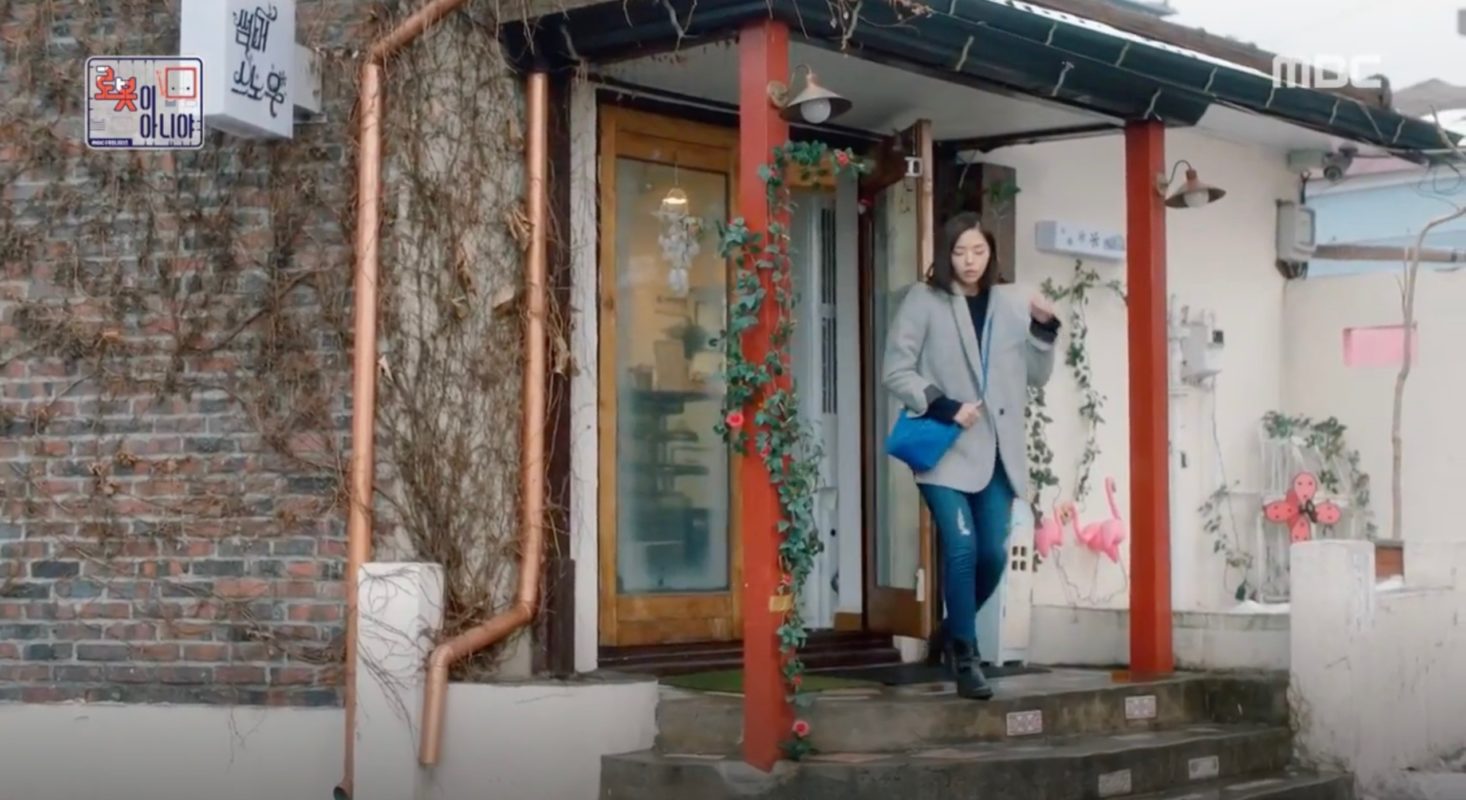 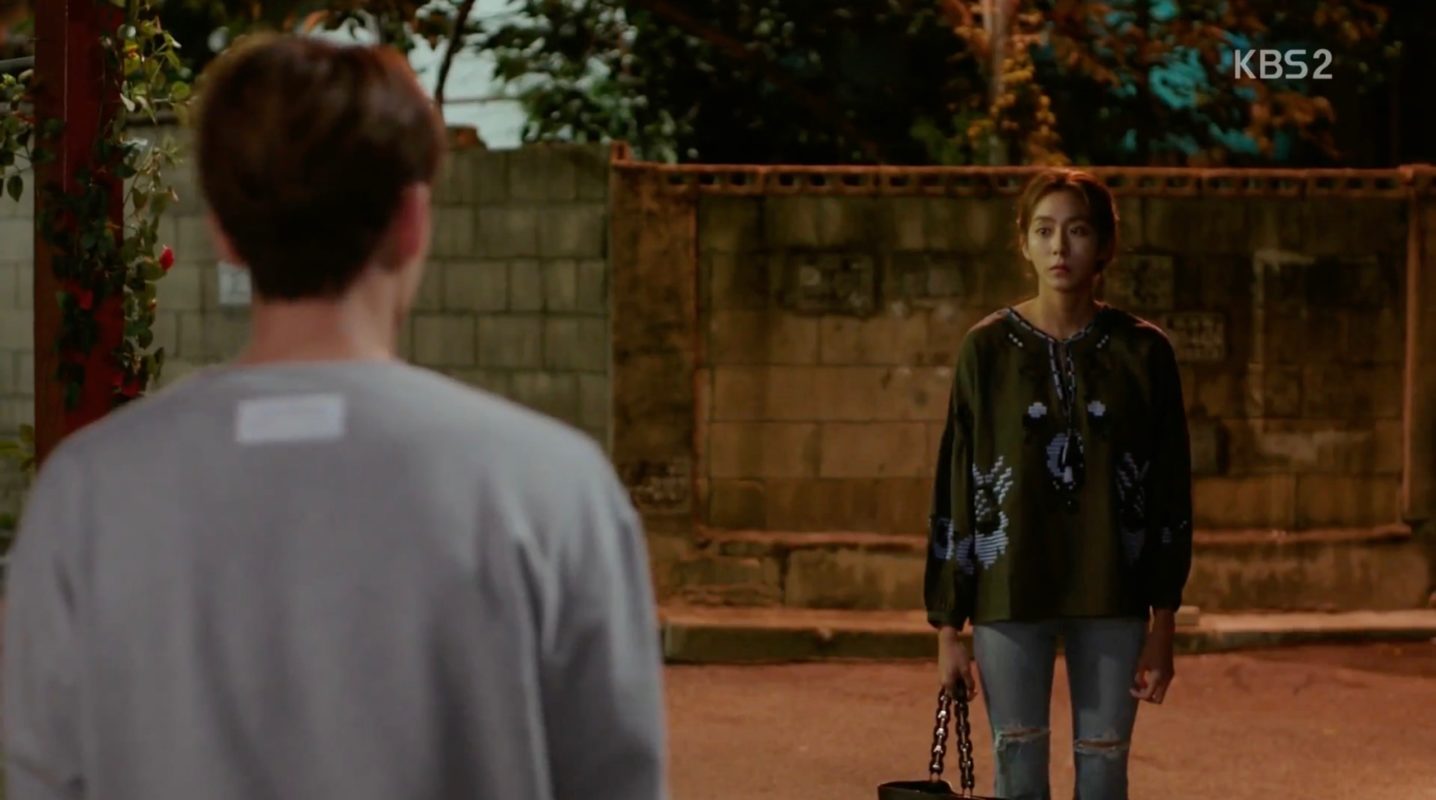 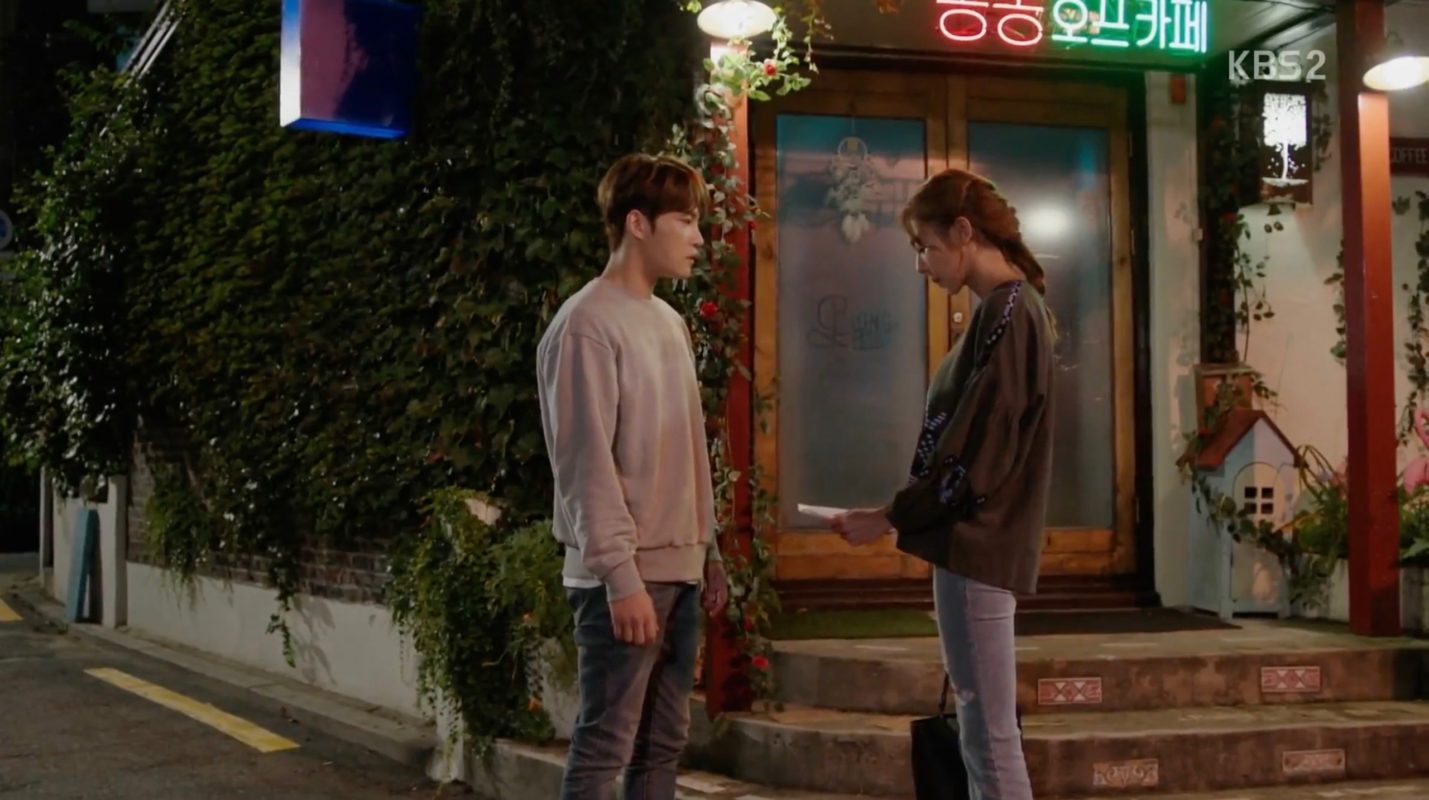 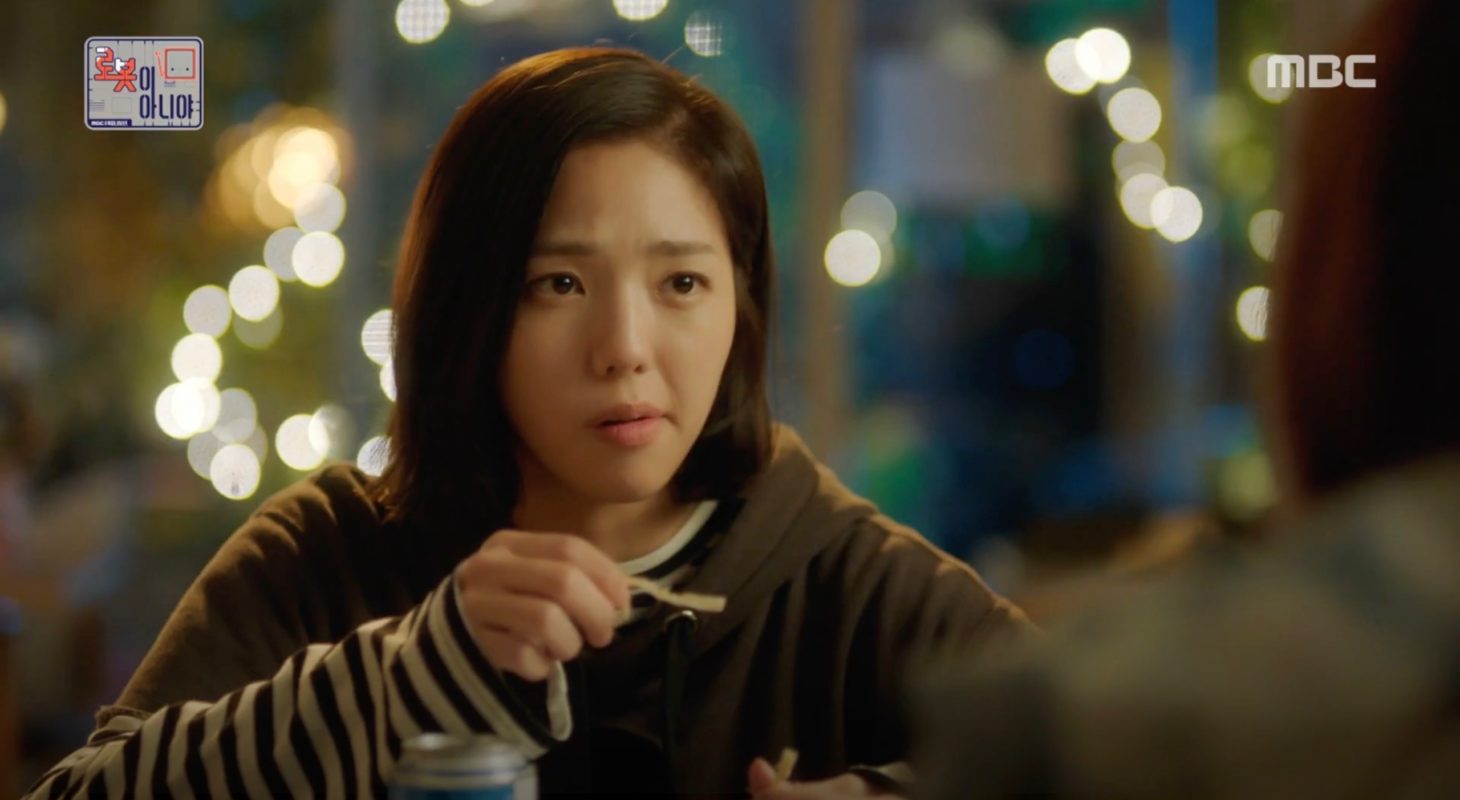 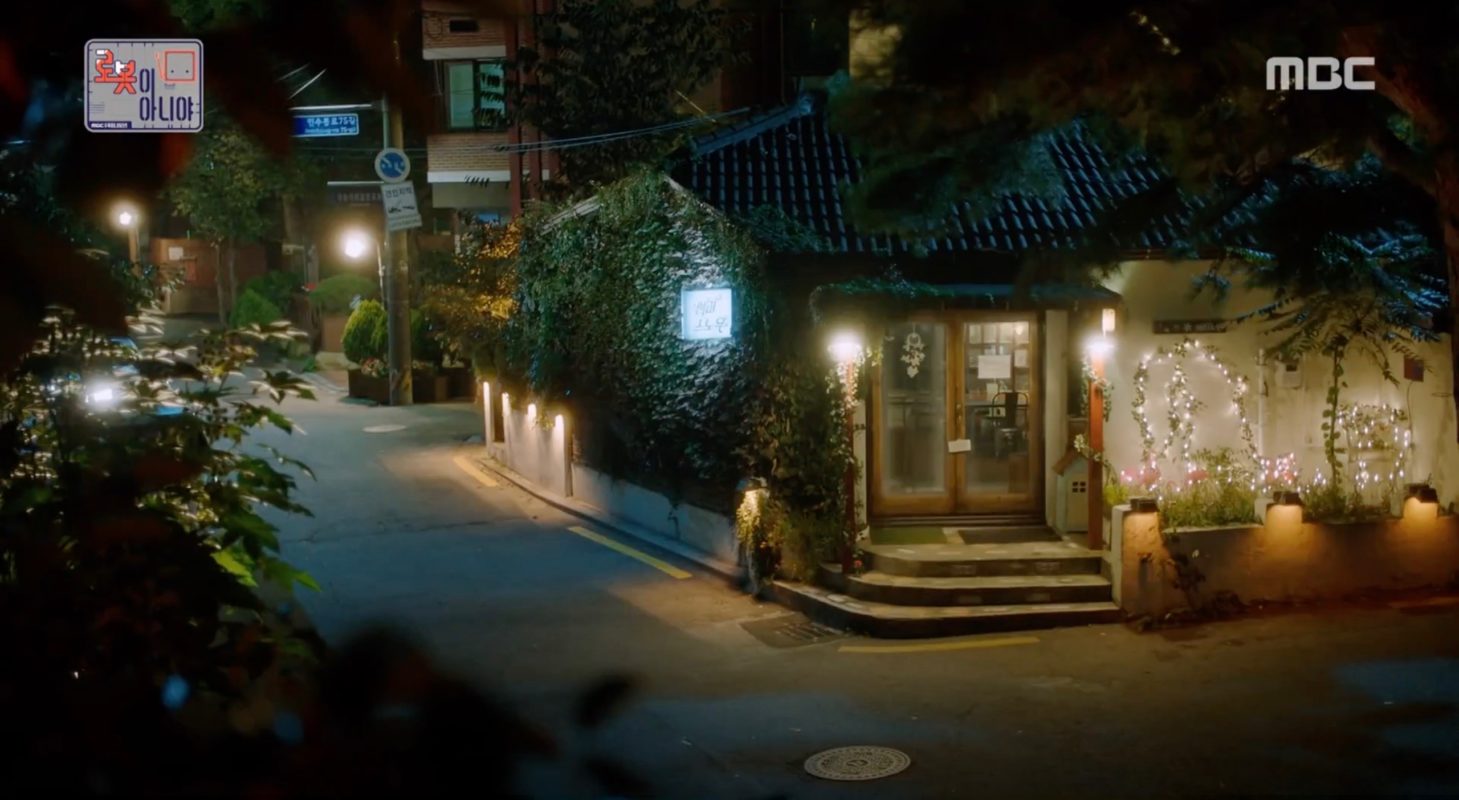 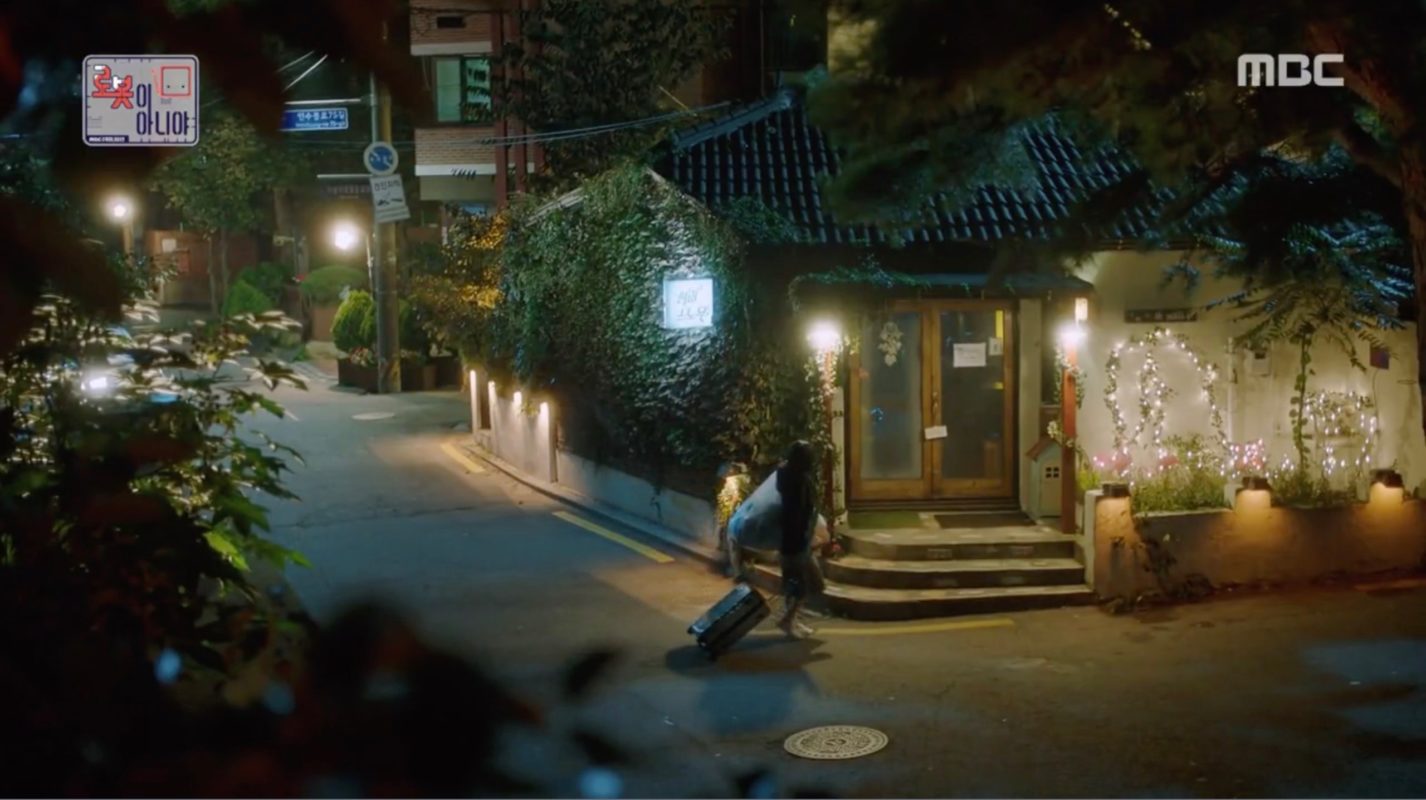 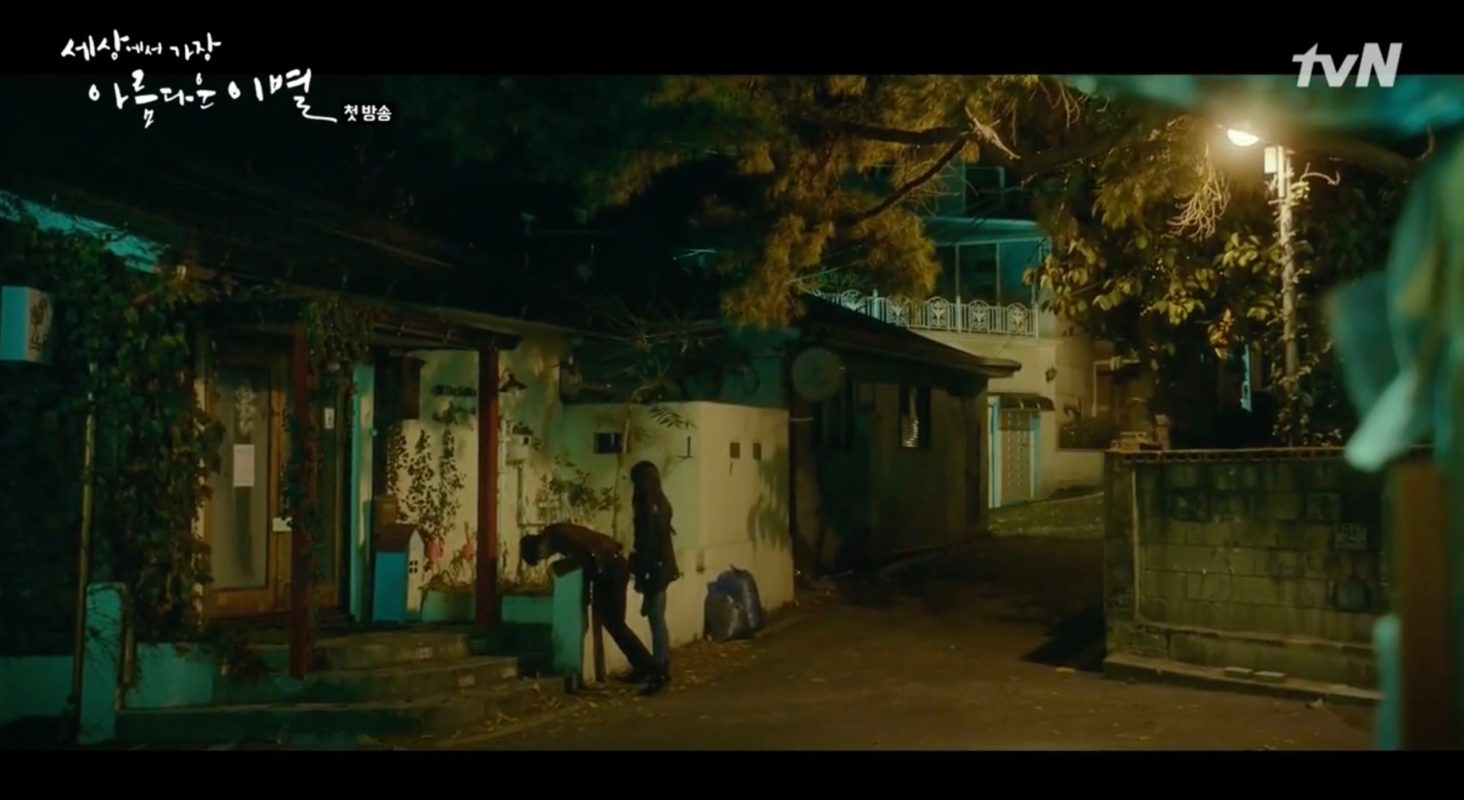 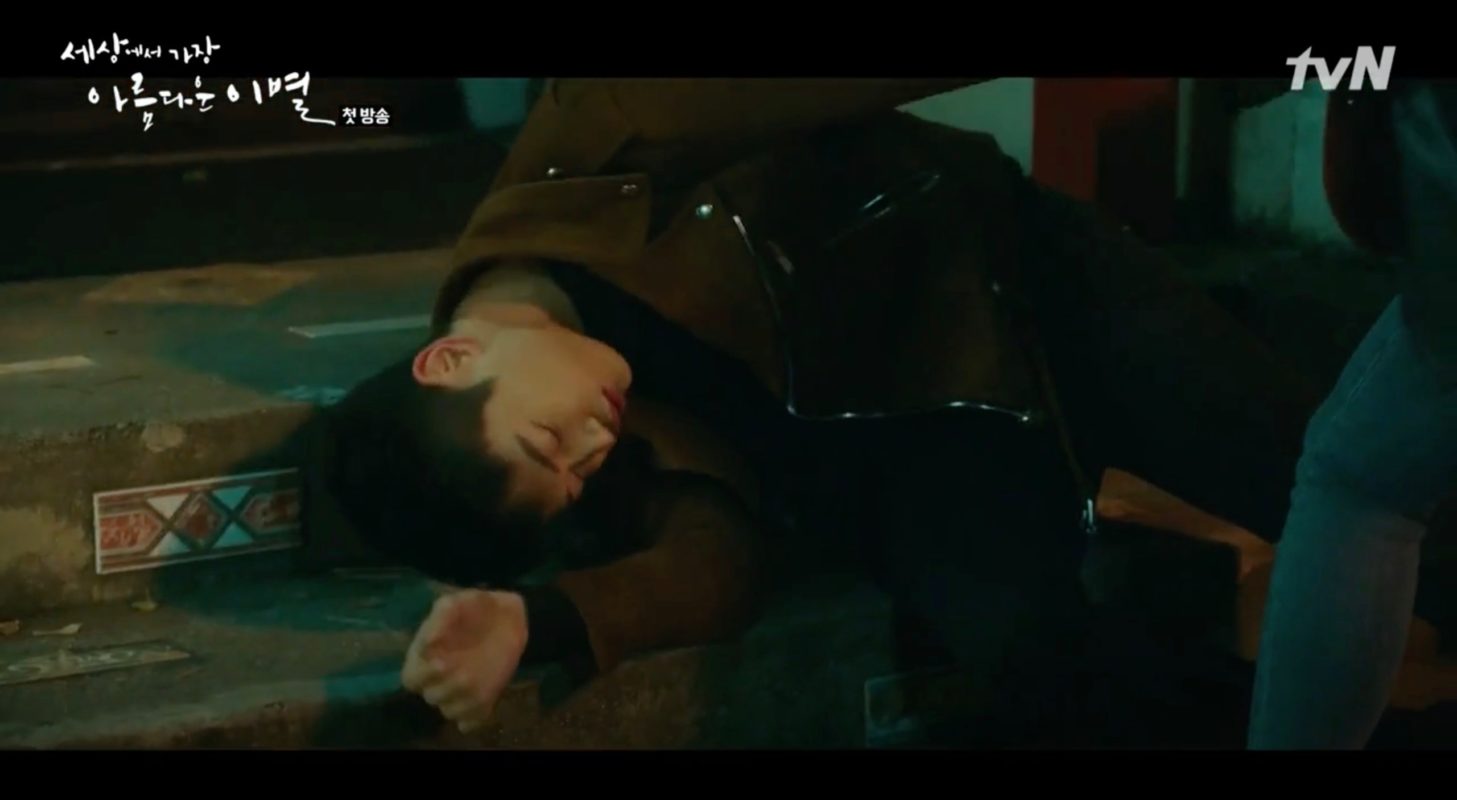 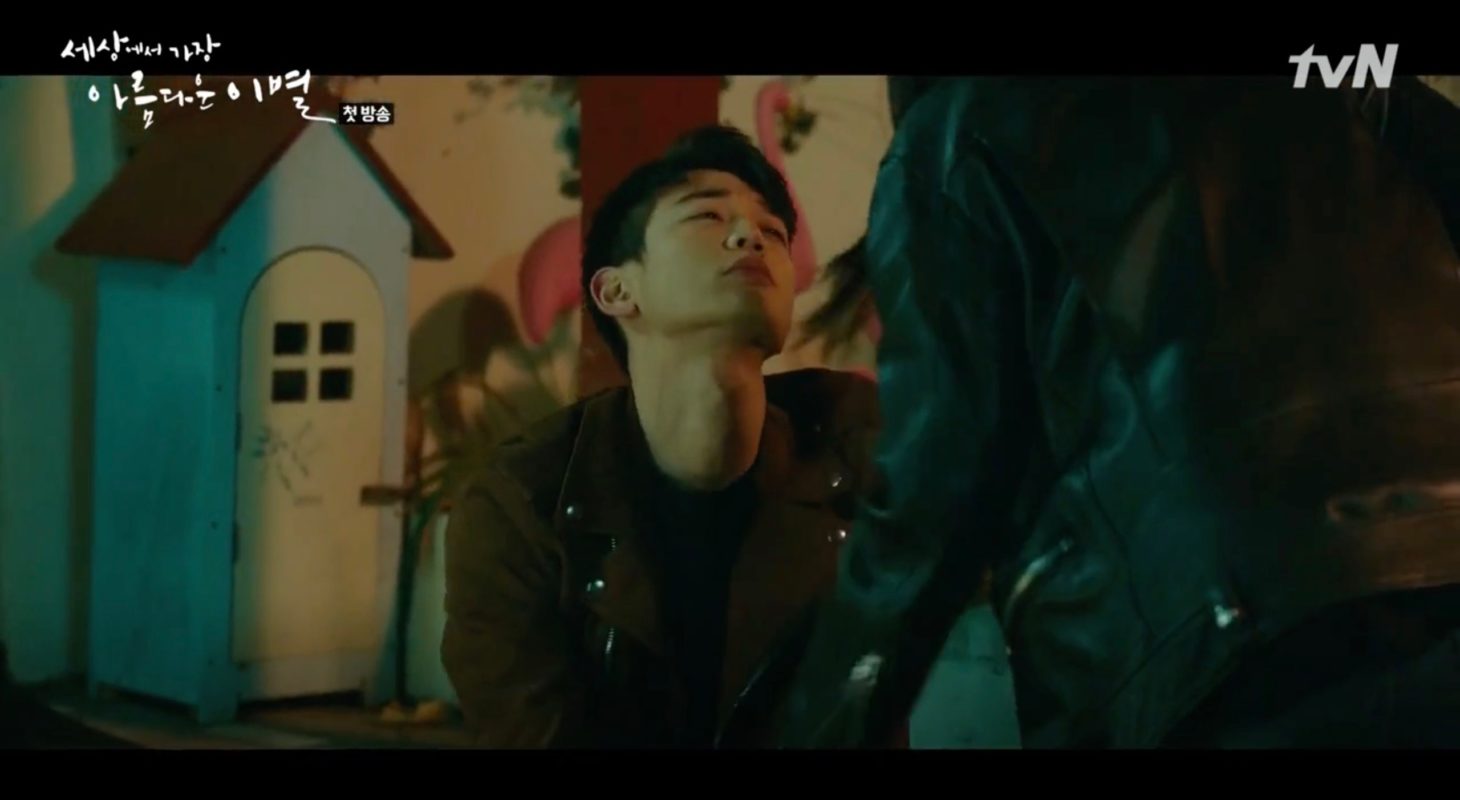 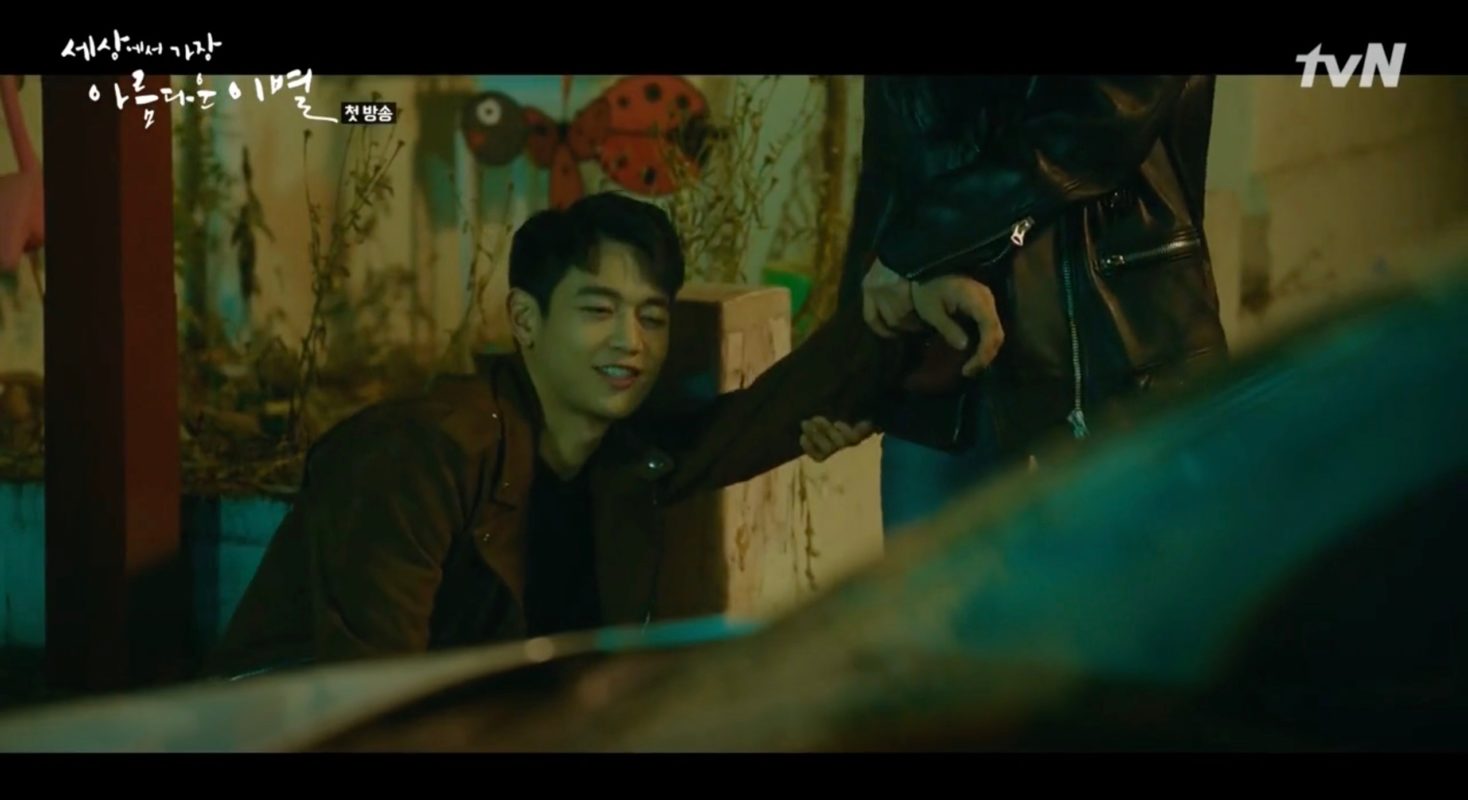 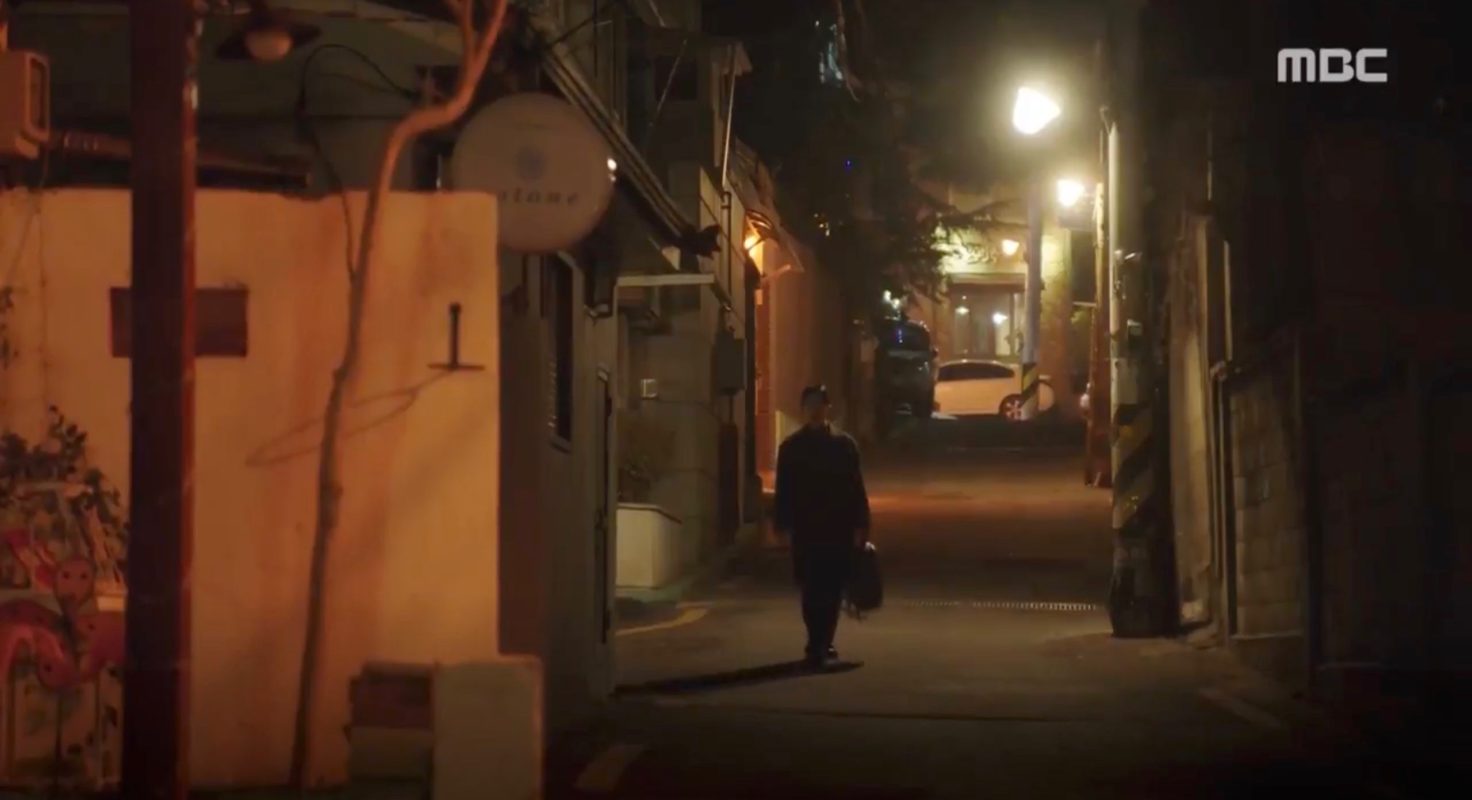 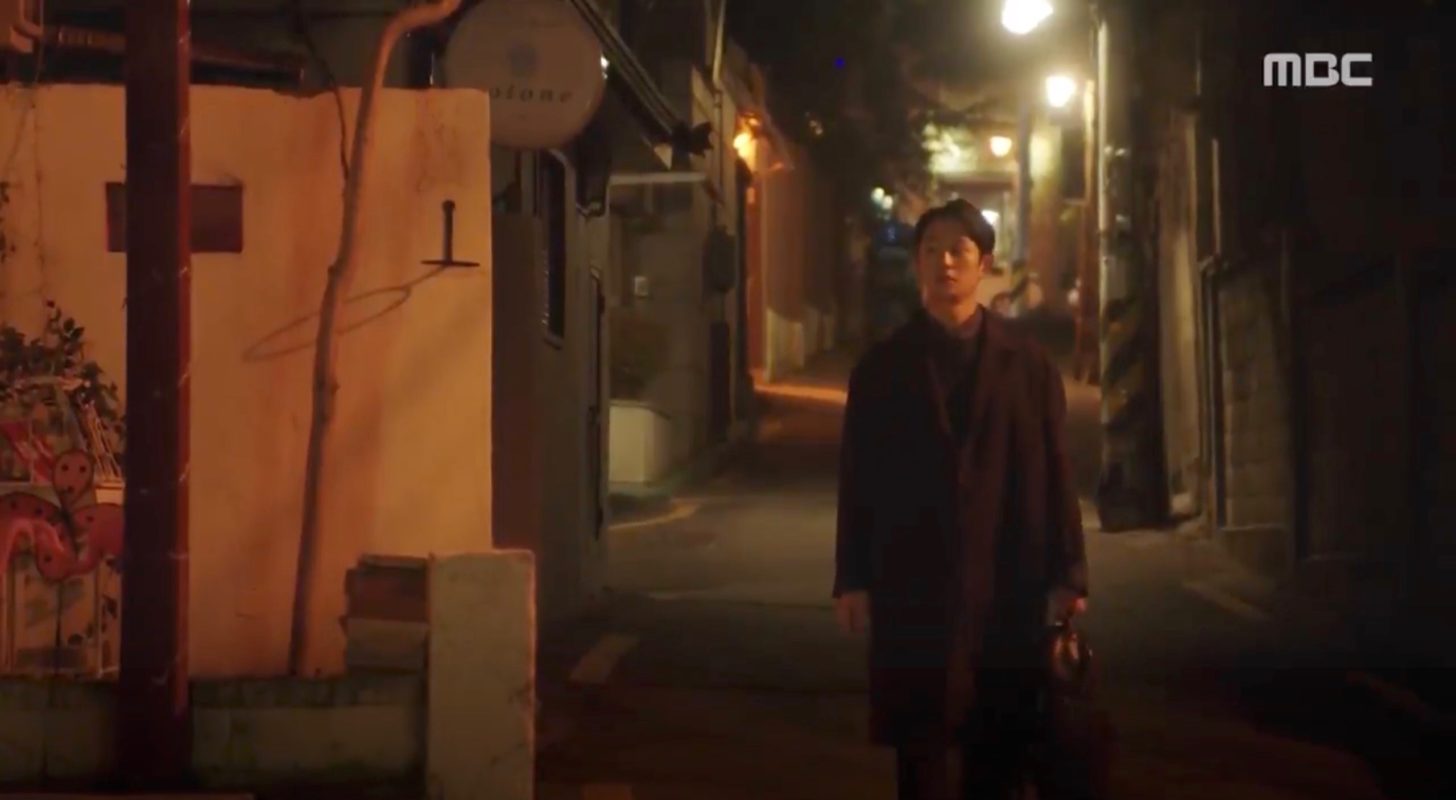 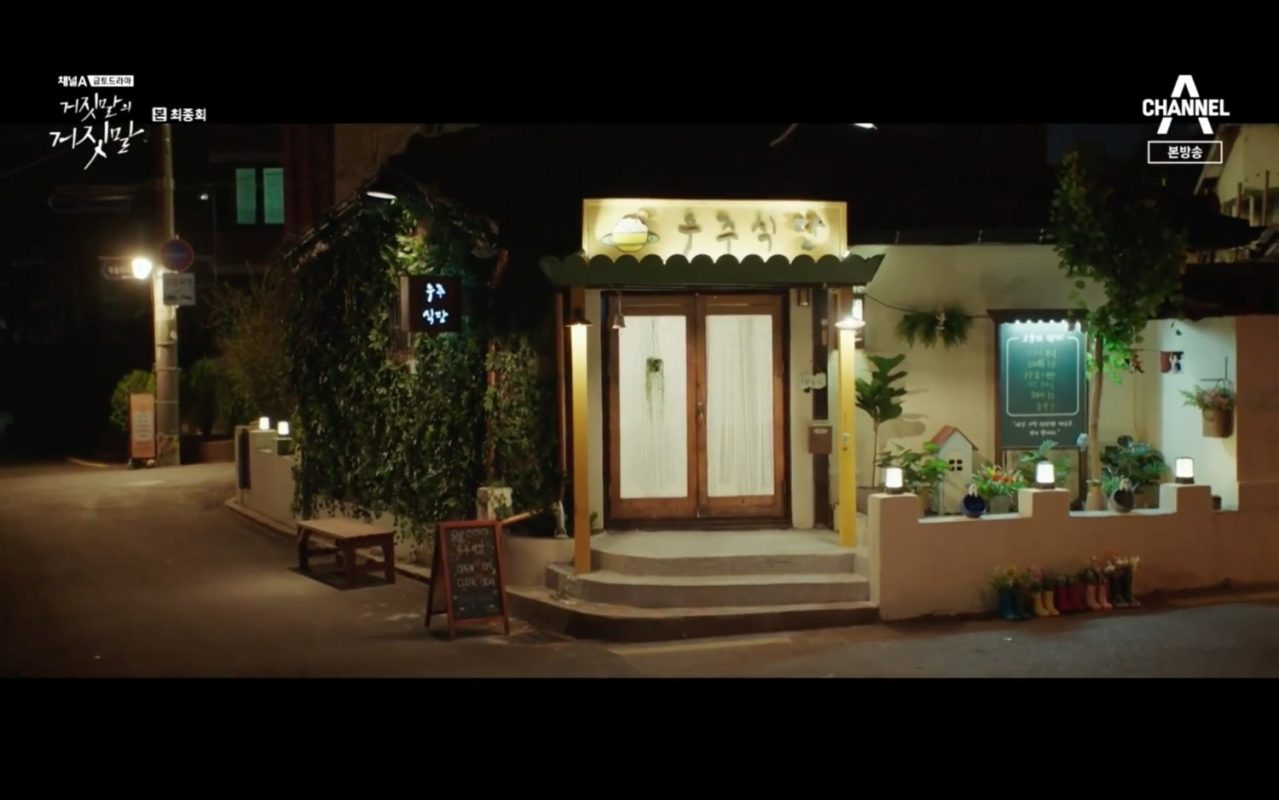 After coming back from clubbing with his girlfriend Jae Young (Son Na Eun), extremely drunk Jung Jung Soo (Choi Min Ho of Shinee) nearly passes out on the stairs of this café in episode 1 of The Most Beautiful Goodbye in the World (세상에서 가장 아름다운 이별) (tvN, 2017); while his sister Jung Yun Soo (Choi Ji Woo) passes by and asks if they want a lift home.

In I’m Not A Robot (로봇이 아니야) (MBC, 2017-18), this café appears as Jo Ji-Ah’s (Chae Soo-Bin) friend’s café ‘Summer Snow’ where she comes in episode 2 to talk about how her ex-boyfriend Hong Baek-kyun used her face as a model for his robot, Aji3. In episode 4, she spends the night here after having been thrown out off her brother’s house.

This place appears as the ‘BongBong Pub’ or ‘BongBong Café’ where our friends always hang out in Manhole (맨홀-이상한 나라의 필) (KBS2, 2017). In episode 9, for instance, they celebrate Yoon Jin-Sook’s (Jung Hye-Sung) birthday here.