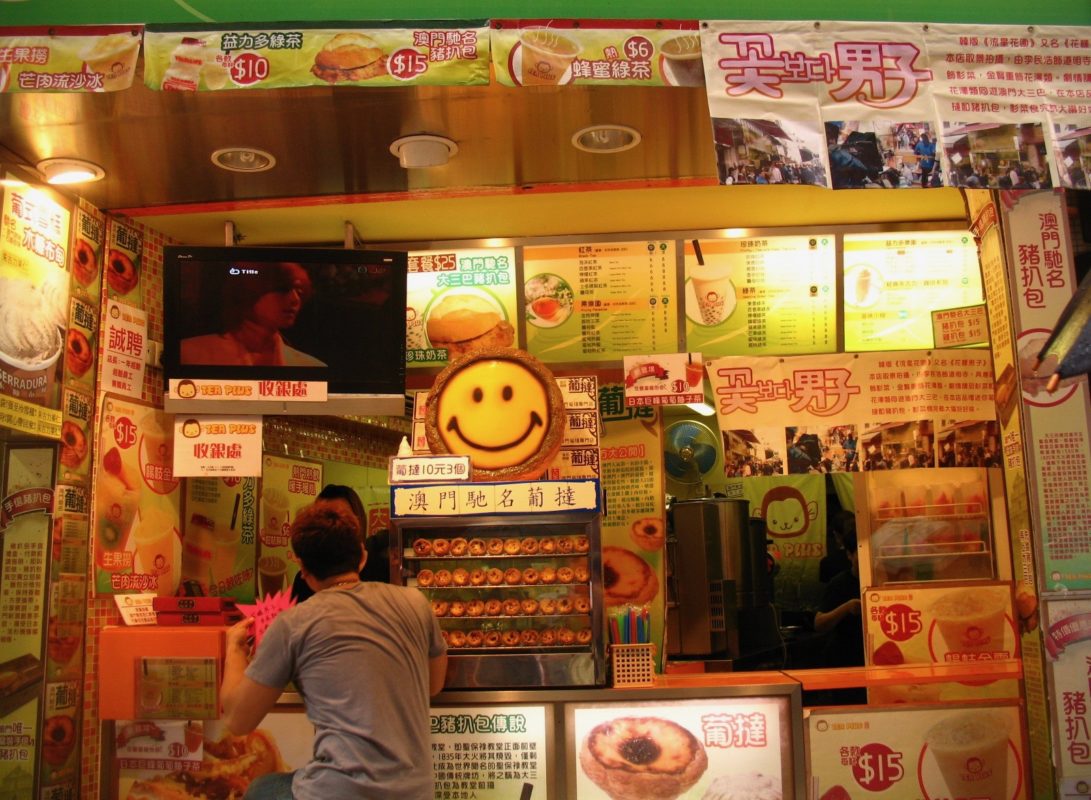 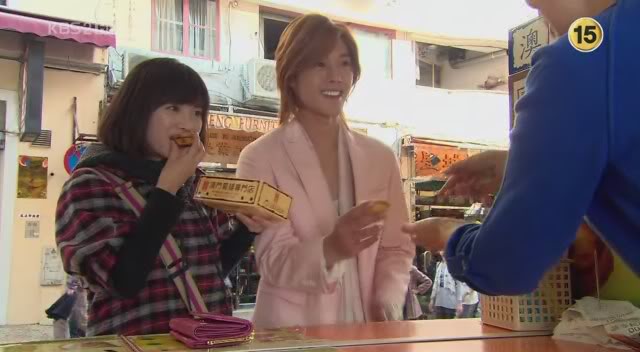 This shop was where Geum Jan-di (Ku Hye-sun) and Yoon Ji-hoo (Kim Hyun-joong) bought egg tarts from while sightseeing in episode 15 of Boys Over Flowers (꽃보다남자) (KBS2, 2009). At the shop, Ji-hoo realised that his wallet was missing (which was stolen by his friend, Ming), and Jan-di offered to pay for his snacks. Shortly after that, she leaves her own wallet behind by accident.

Tea Plus [大聖豬扒包] is located between Senado Square and The Ruins of St. Paul, and continues to advertise its association with the show through banners – so you won’t miss it if you’re trying to find it! It does sell Portuguese egg tarts, along with drinks and other kinds of food, like pork chop buns.