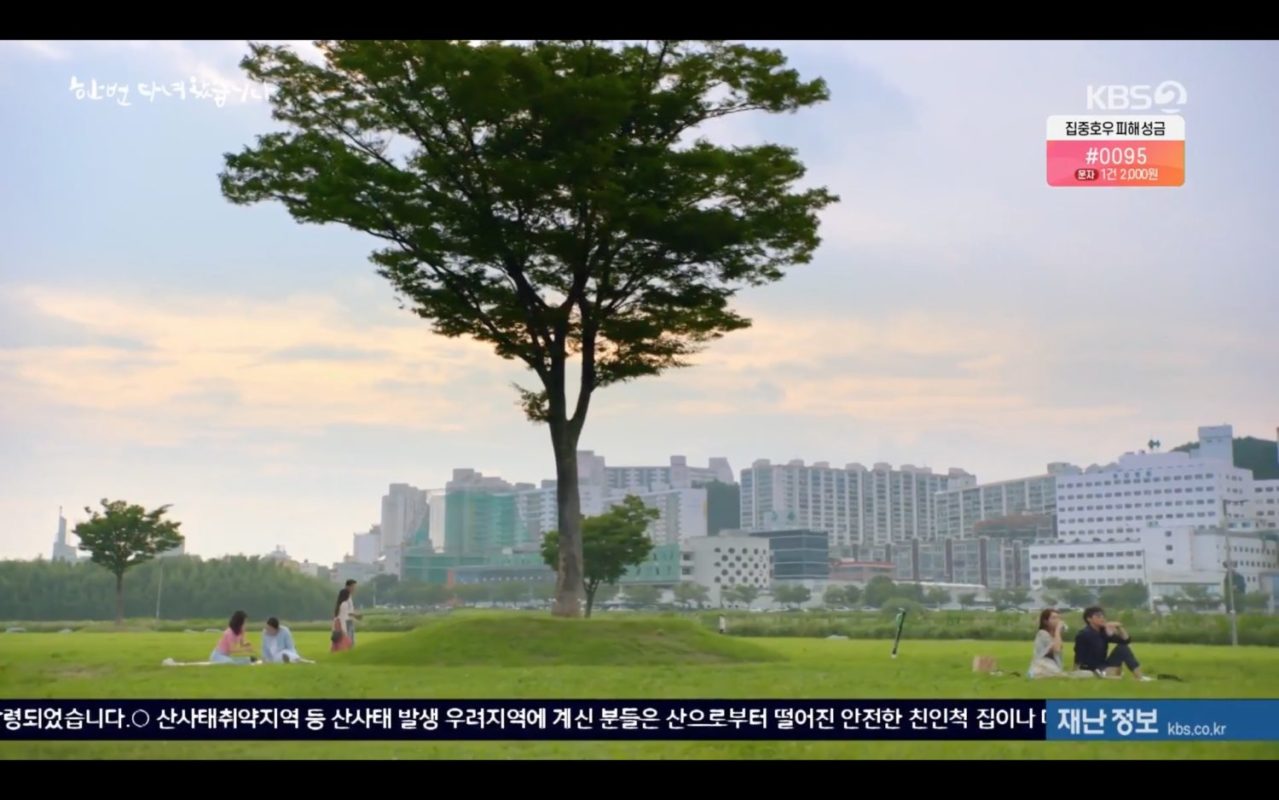 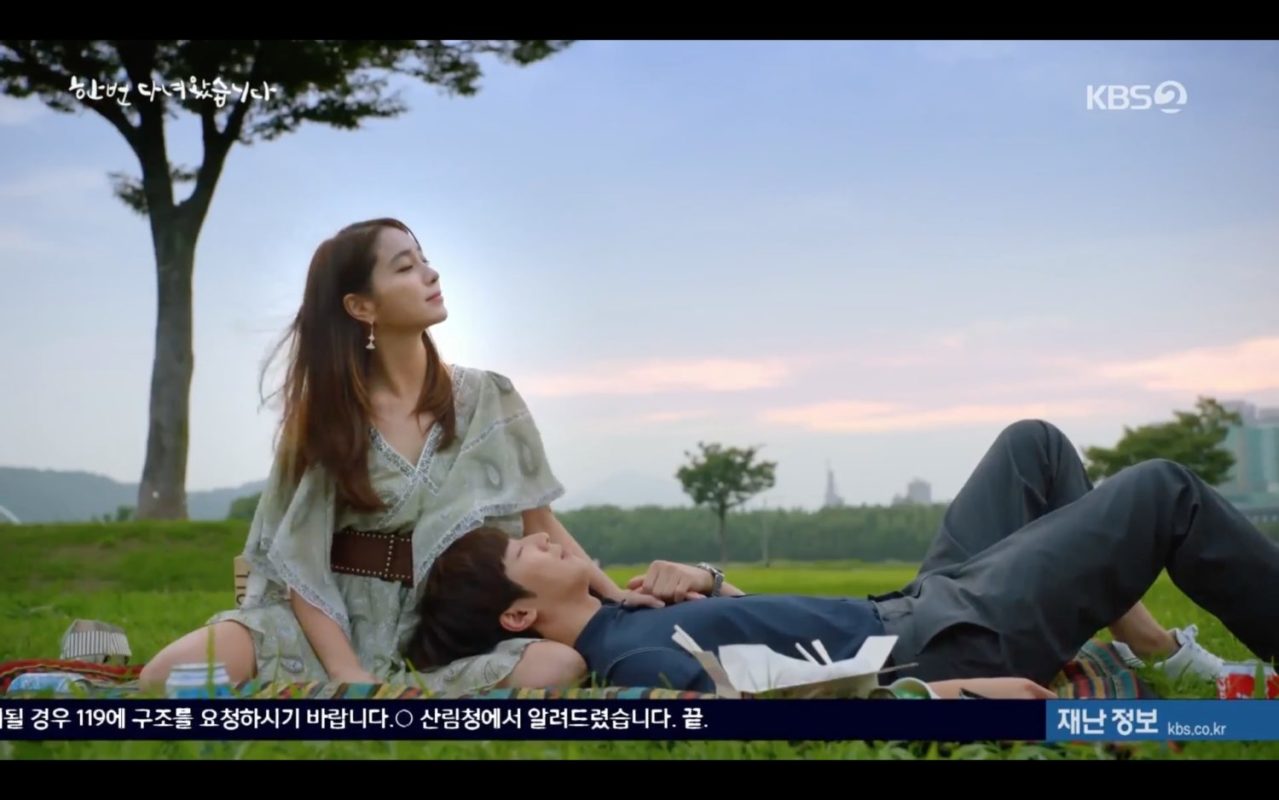 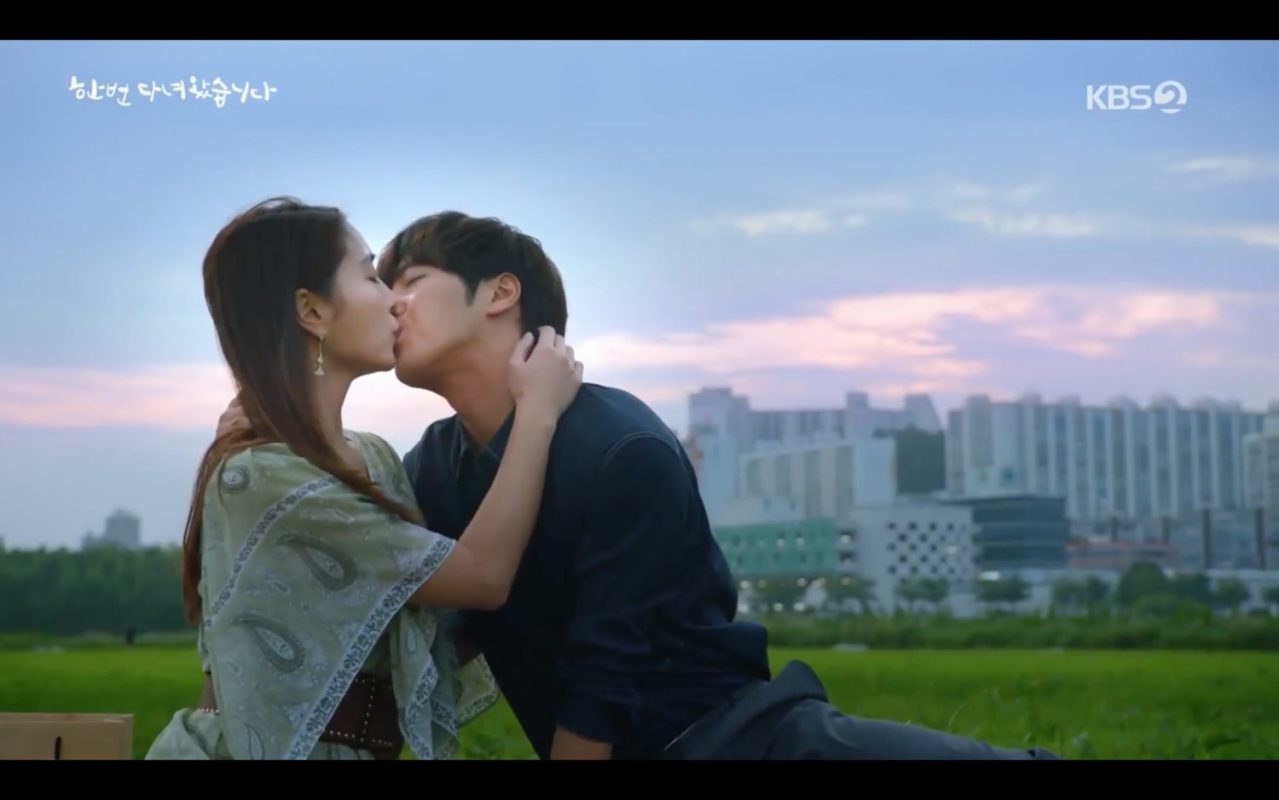 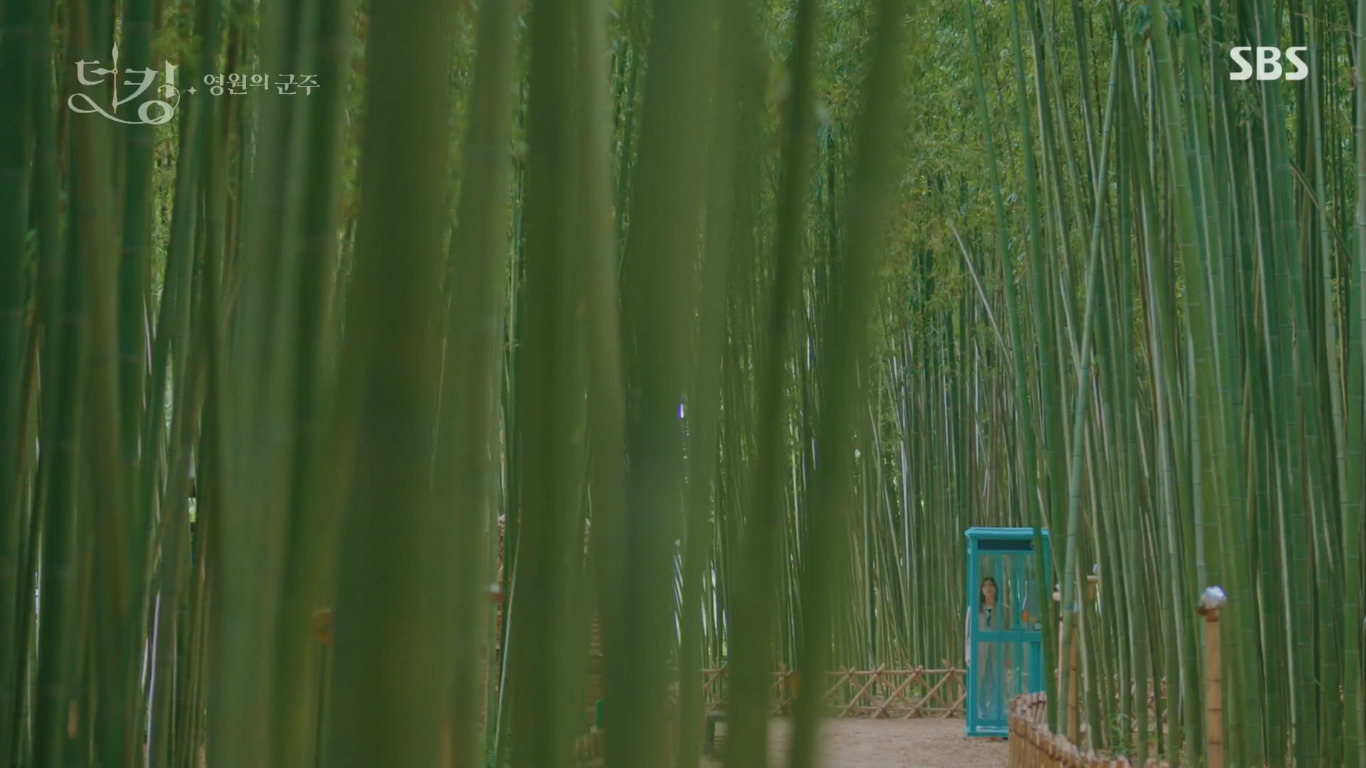 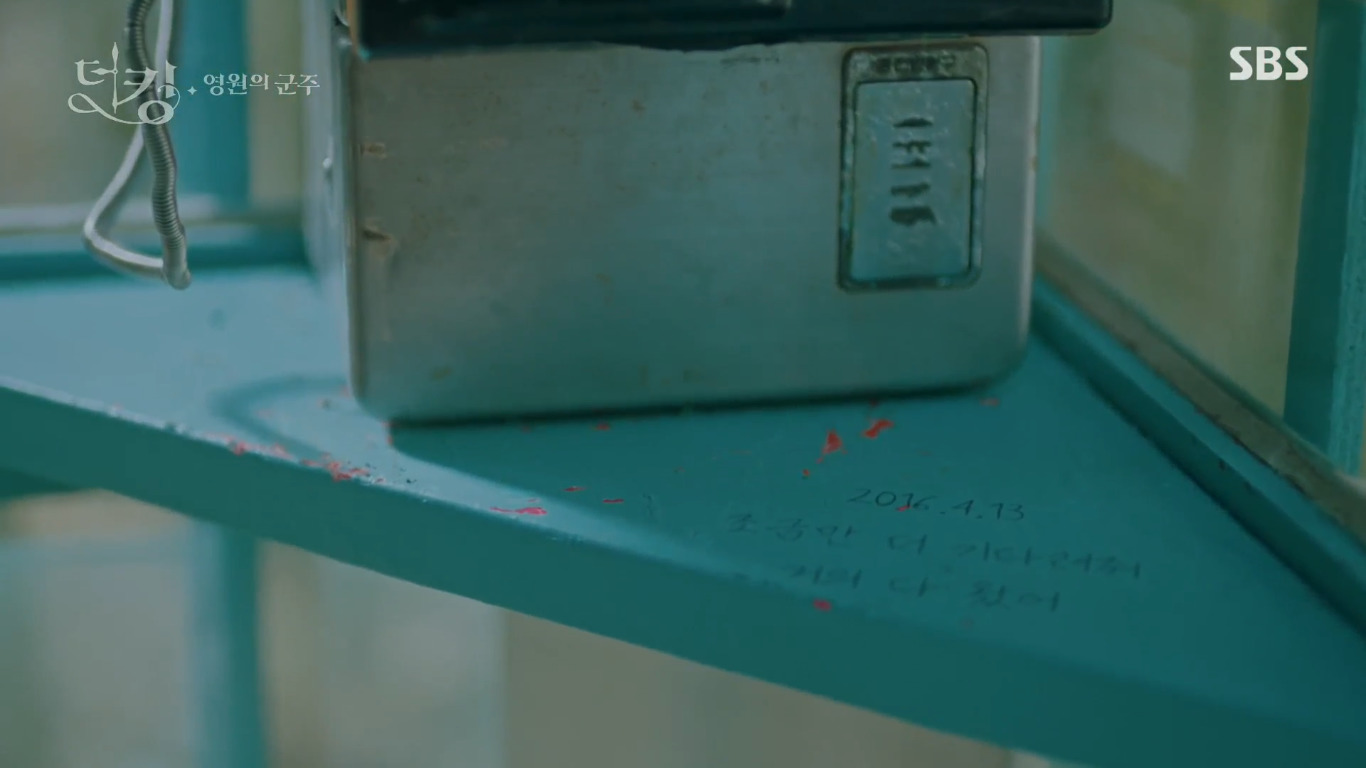 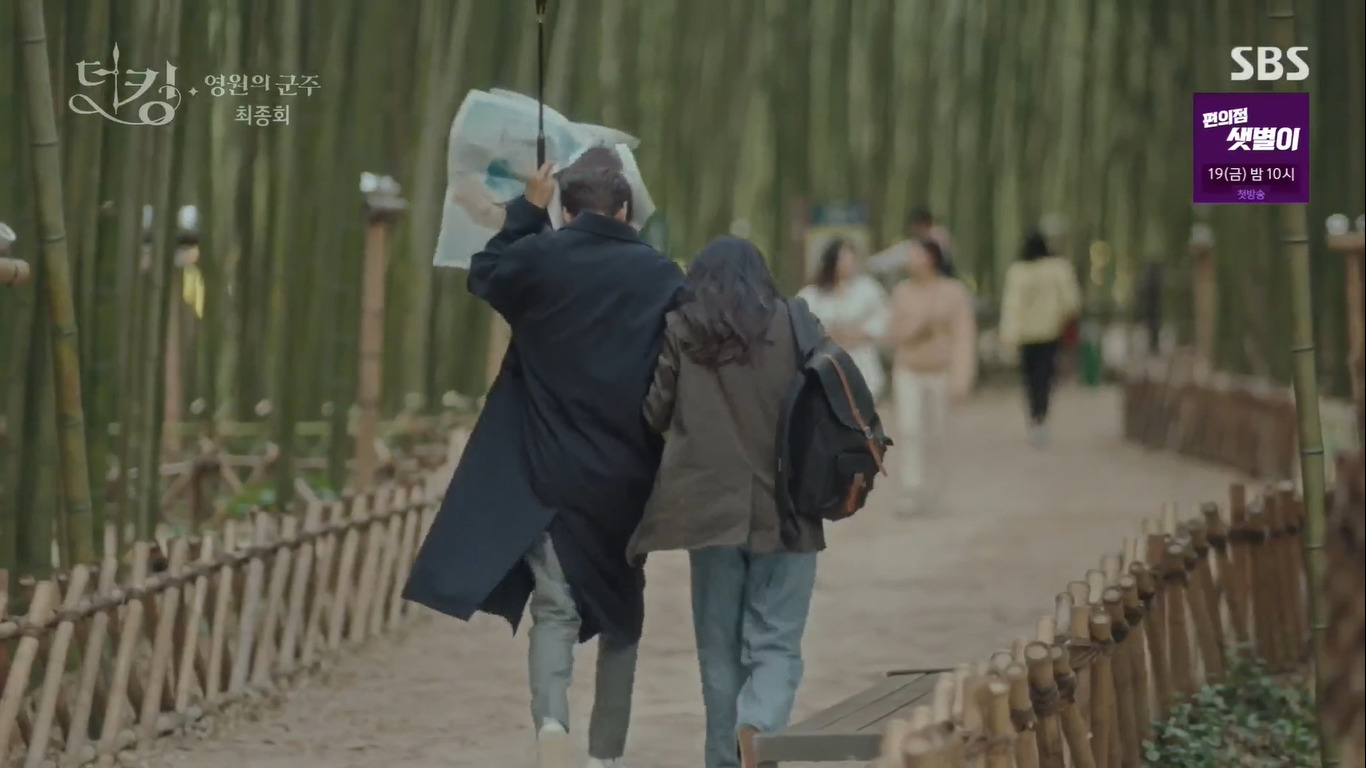 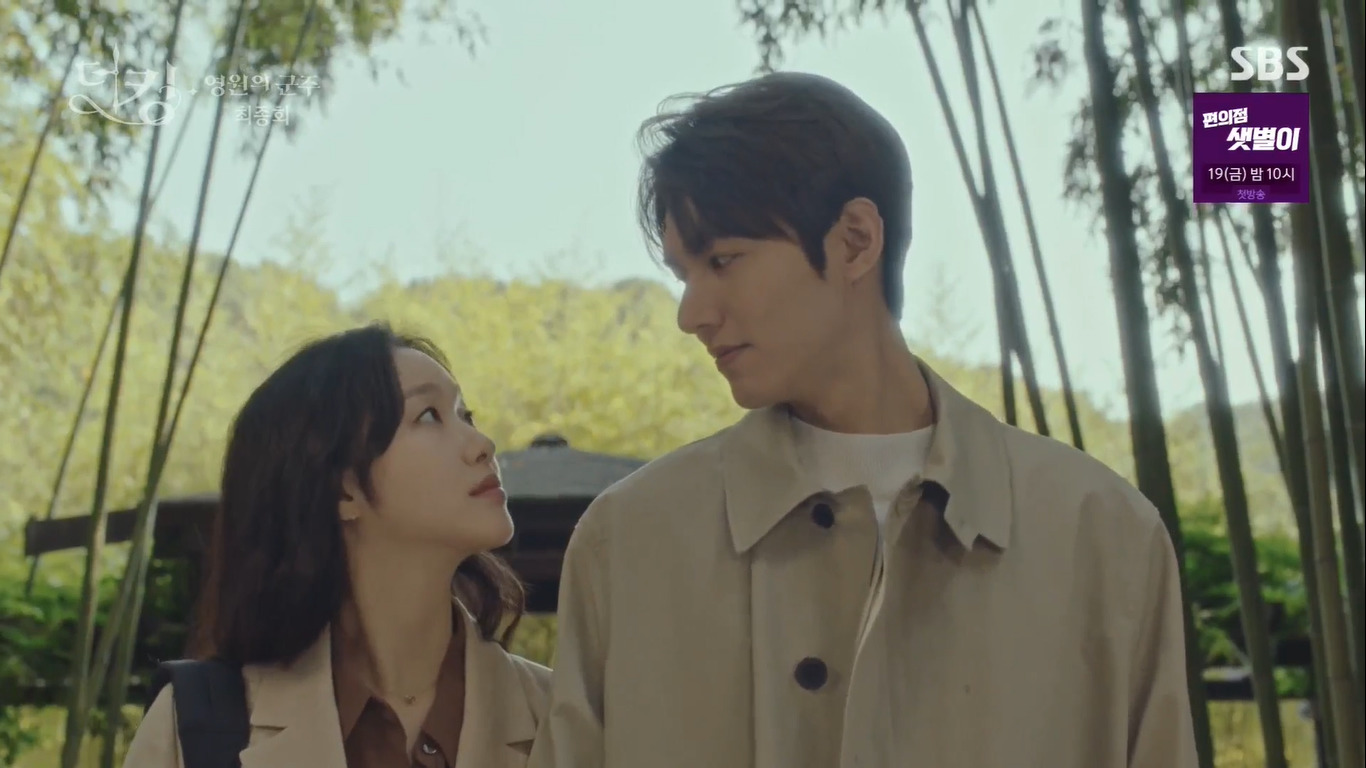 Song Na-hee (Lee Min-jung) and Yoon Kyu-jin (Lee Sang-yeob) have an afternoon date at the eastern part of this park —between Donggang Hospital [동강병원] and Taehwa River [태화강] — in episode 80 (full episode 40) of Once Again / I Have Been There Once (한 번 다녀왔습니다) (KBS2, 2020).

This bamboo forest is the one that Lee Gon (Lee Min-ho) ends up in episode 14 of The King: Eternal Monarch (더킹:영원의 군주) (SBS, 2020) when jumping through time and parallel universes to find the correct one where Tae-eul (Kim Go-eun) is waiting for him. Because it would take him a while to get back to the present, he writes a message in the public phone box located in the bamboo forest: “Just wait a little bit more, I’m almost there”, in the hope that Tae-eul is also looking for him (which she is). He also rings the police anonymously to stop a murder, but is too late. In Episode 16, they return here together during their dates, and check the model of the phone to work out what year it could be and if it is safe for them to explore.

Taewagang National Garden [태화강 국가정원] is an area between the Taehwa River [태화강] and Ulsan City that was transformed into South Korea’s 2nd National Garden between 2004 and 2010, and it is now the largest riverside flower garden. It is located across Ulsan’s neighborhoods Taehwa [Taehwa-dong/태화동] and Samho [Samho-dong/삼호동] in the Jung District [Jung-gu/중구] and thus takes up 2.3 the size of Seoul’s Yeouido Park.

One attraction of this garden is Simni Bamboo Forest [십리대숲] —also known as Simnidae Forest, Sipri Forest or Seepri Forest— which is the largest bamboo forest in the country and counts as one of the Twelve Scenic Areas of Ulsan. It is four kilometers long and features 63 different kinds of bamboo from Korea, Japan and China. The bamboo was planted by the local villagers during the Japanese colonial period in an effort to prevent the Taehwa River from flooding their fields.

Other attractions in the garden include: canola and flower fields (flowering in spring and summer), a silver grass field (best viewed in autumn), Simnidaebatgyo Bridge, a migratory bird park (the largest urban bird sanctuary in Korea, where 8,000 herons and 50,000 crows fly in), traditional pavilions and the Taehwagang Observatory.

In 2021, the Ministry of Culture, Sports and Tourism —announced through the Korea Tourism Organization (KTO)— selected this garden as one of the ‘100 Must-Visit Spots in Korea’ for 2021-2022.

Note: Simni Bamboo Forest is not the bamboo forest where the portal was filmed in The King: Eternal Monarch – that is the Ahopsan Forest, Gijang [아홉산숲]. You will also not find a phone box in the Simni Forest, but apparently there is excellent wifi!

— submitted by sarahms
— Once Again added by Marion KDL