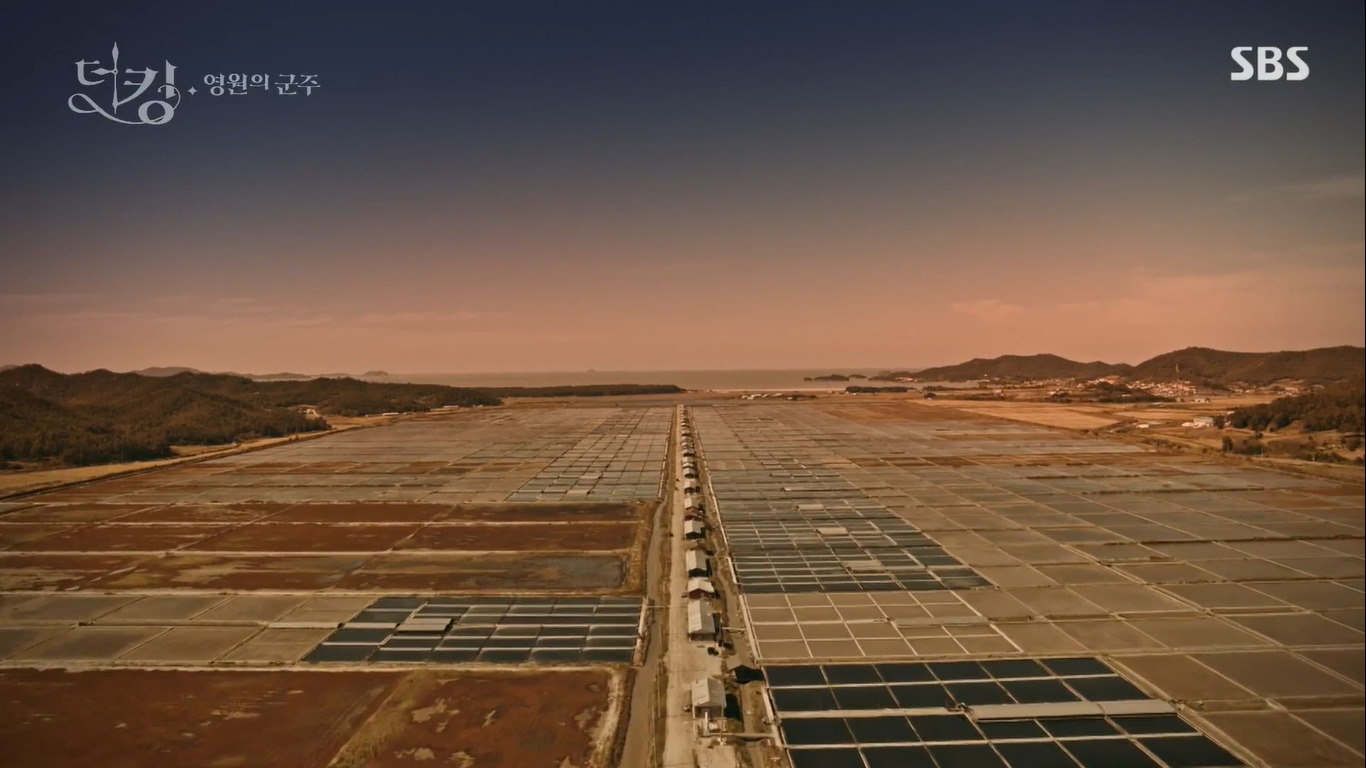 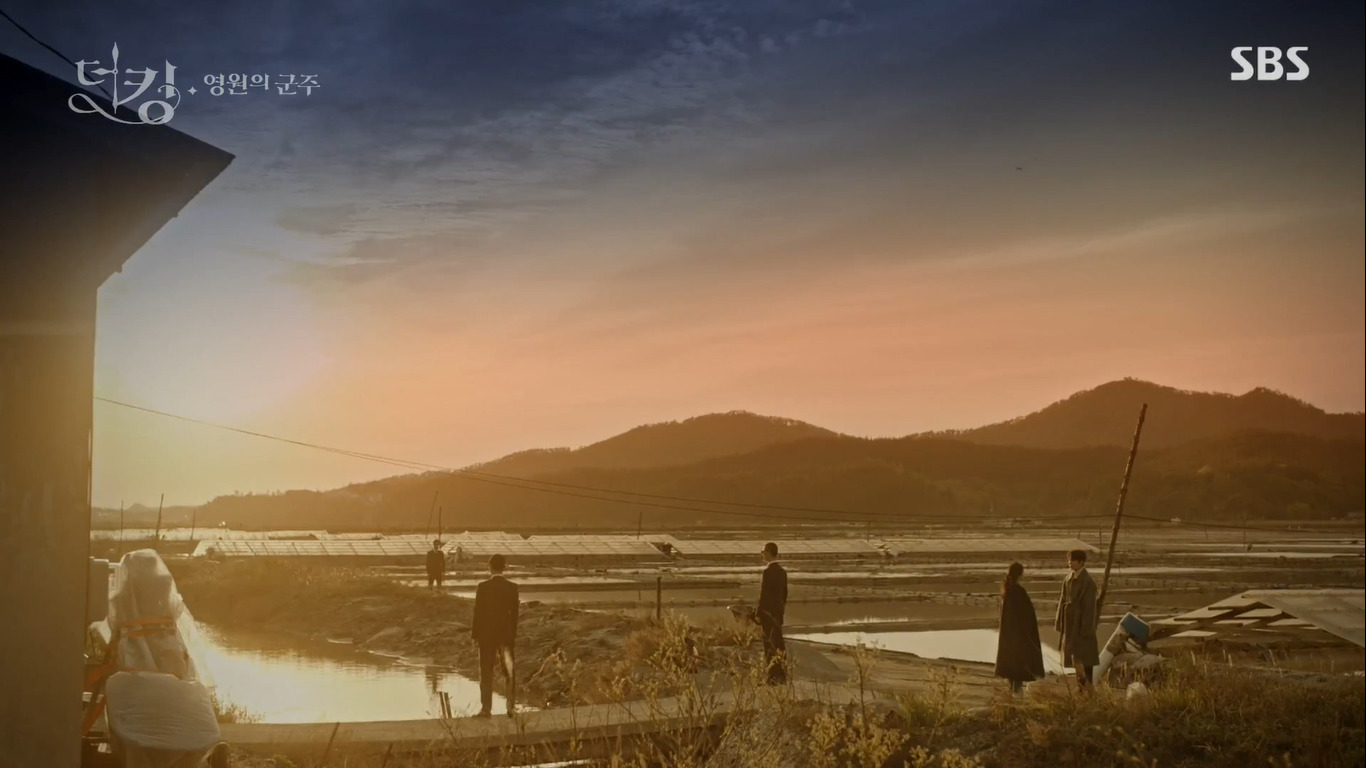 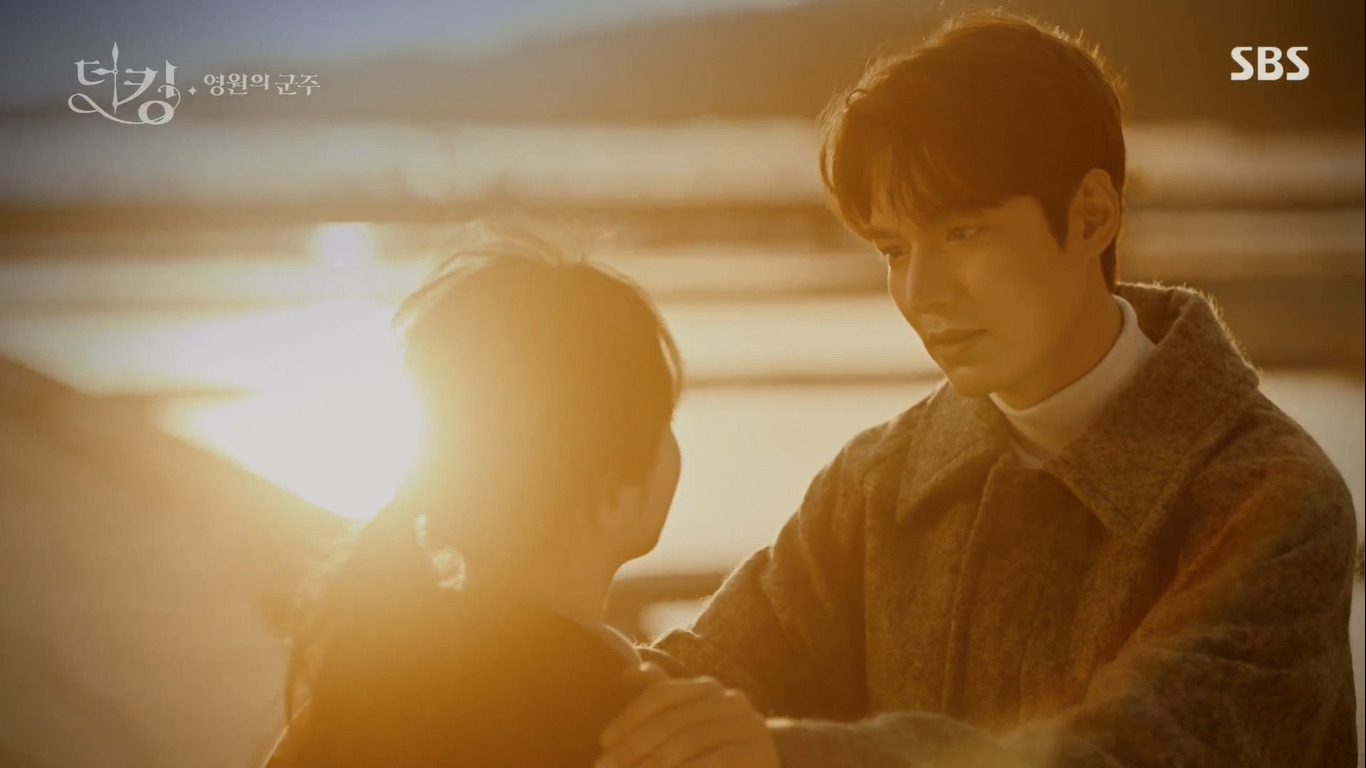 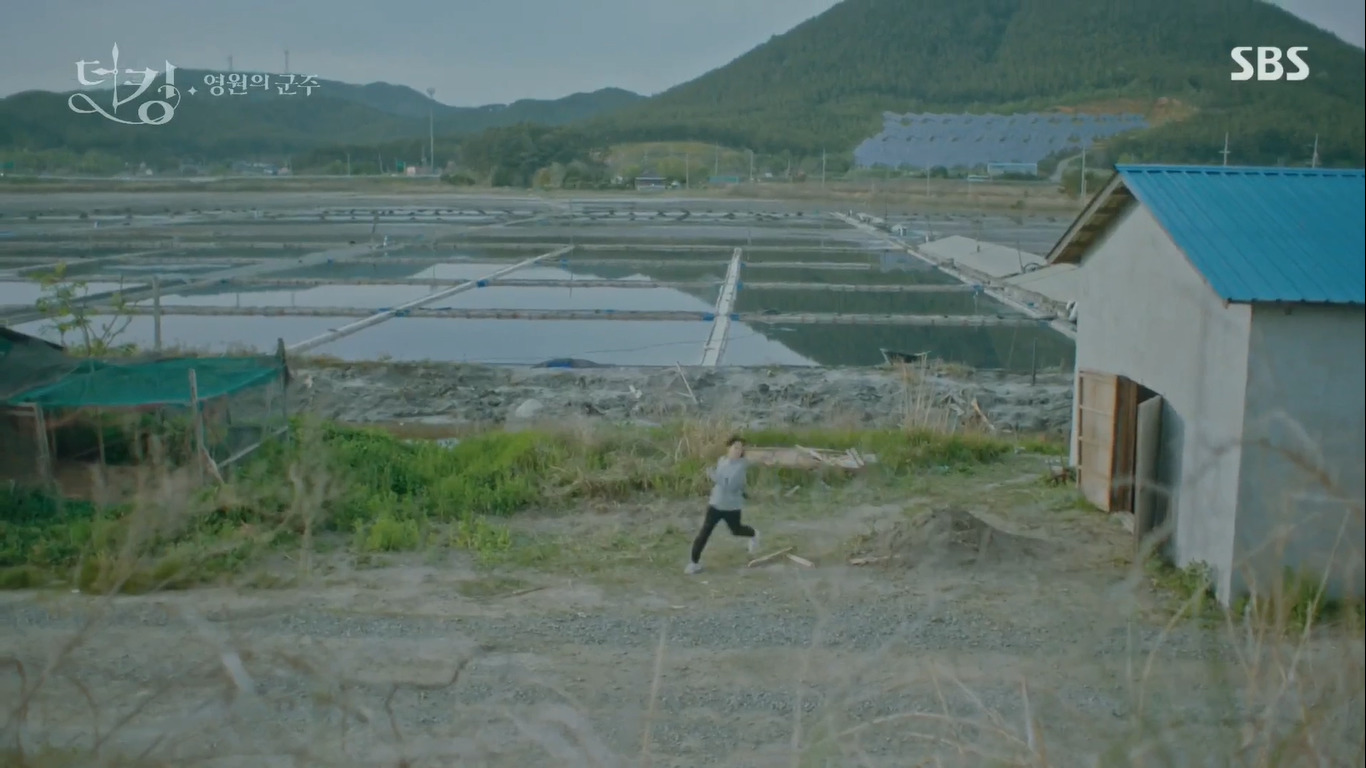 Lee Lim (Lee Jung-jin) meets his followers at this salt farm in Episode 3 of The King: Eternal Monarch (더킹:영원의 군주) (SBS, 2020) where they had been waiting for the past few years, and begins his evil plan to take the throne of the Kingdom of Corea from his nephew, King Lee Gon (Lee Minho). Gon’s girlfriend, Jeong Tae-eul (Kim Go-eun), is held captive in one of the warehouses in episode 11, but escapes and the King’s security team investigates the farm buildings to find clues of Lee Lim’s whereabouts.

Taepyung Salt Farm [태평염전] was developed in 1953 initially as a refugee settlement, and is the largest producer of organic, sun-dried salt in South Korea. The farm covers an area of 1,089,088 square metres of salt flats, waterways and warehouses and is thus also the largest salt farm in South Korea. Visitors can visit the Salt Museum to learn about salt production, participate in various hands-on activities or relax in one of the numerous salt healing centres.

Adjacent is the Taepyung Halophyte Garden, which is the only salt farm wetland ecosystem in the country. This garden assists the Salt Farm by purifying the salt water and reducing flooding, and has an elevated boardwalk for visitors to get a close view of the tidal flats and learn about the ecosystem. Taepyung Salt Farm was registered as a Modern Cultural Heritage in 1997, and the Halophyte Garden was designated as a UNESCO Biosphere Reserve.

The salt farm lies on Jeungdo Island –called the “Slow City” where people adapt to the flow of nature and the environment– across the two villages of Jeungdong [Jeungdong-ri/증동리] and Daecho [Daecho-ri/대초리] in Sinan County’s Jeungdo Township [Jeungdo-myeon/증도면].