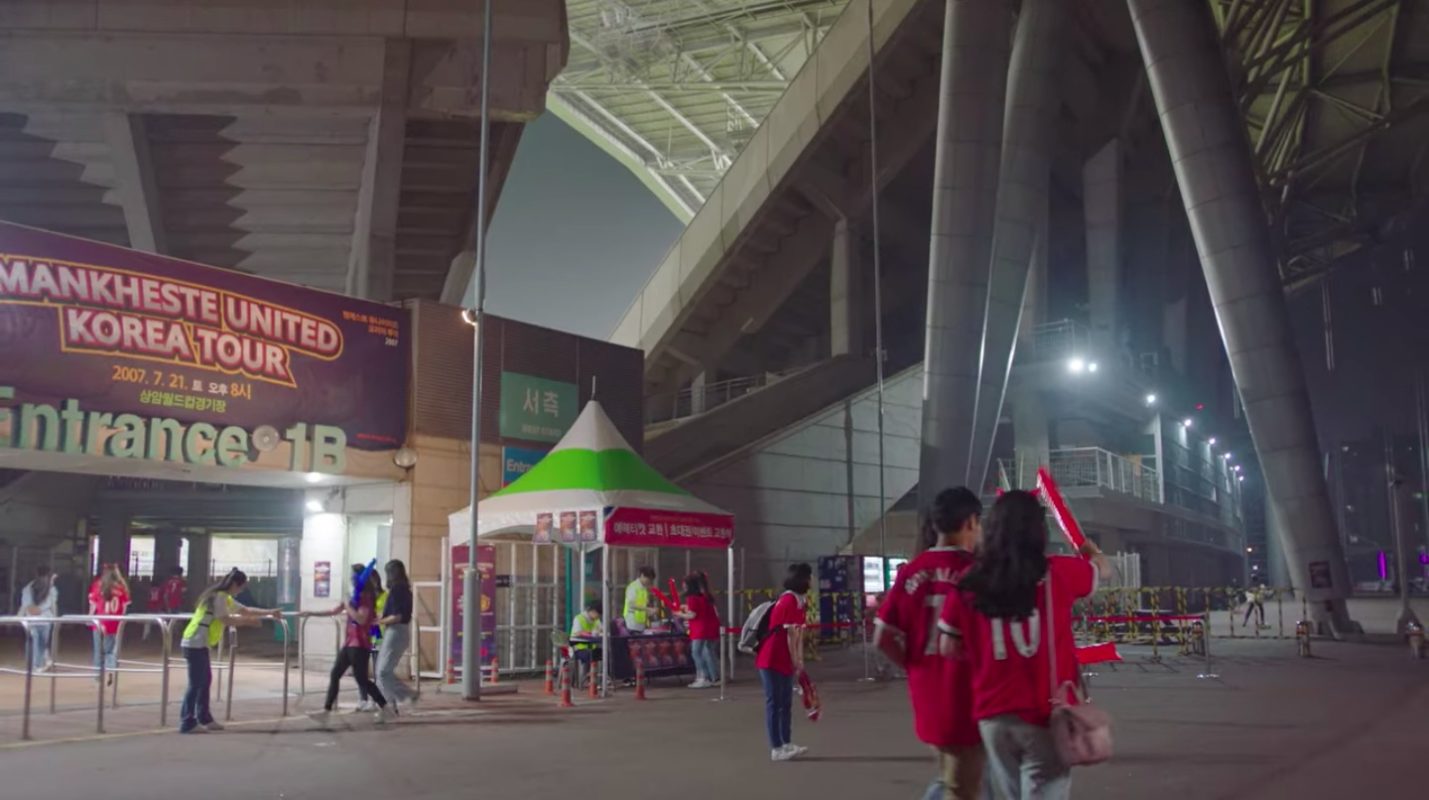 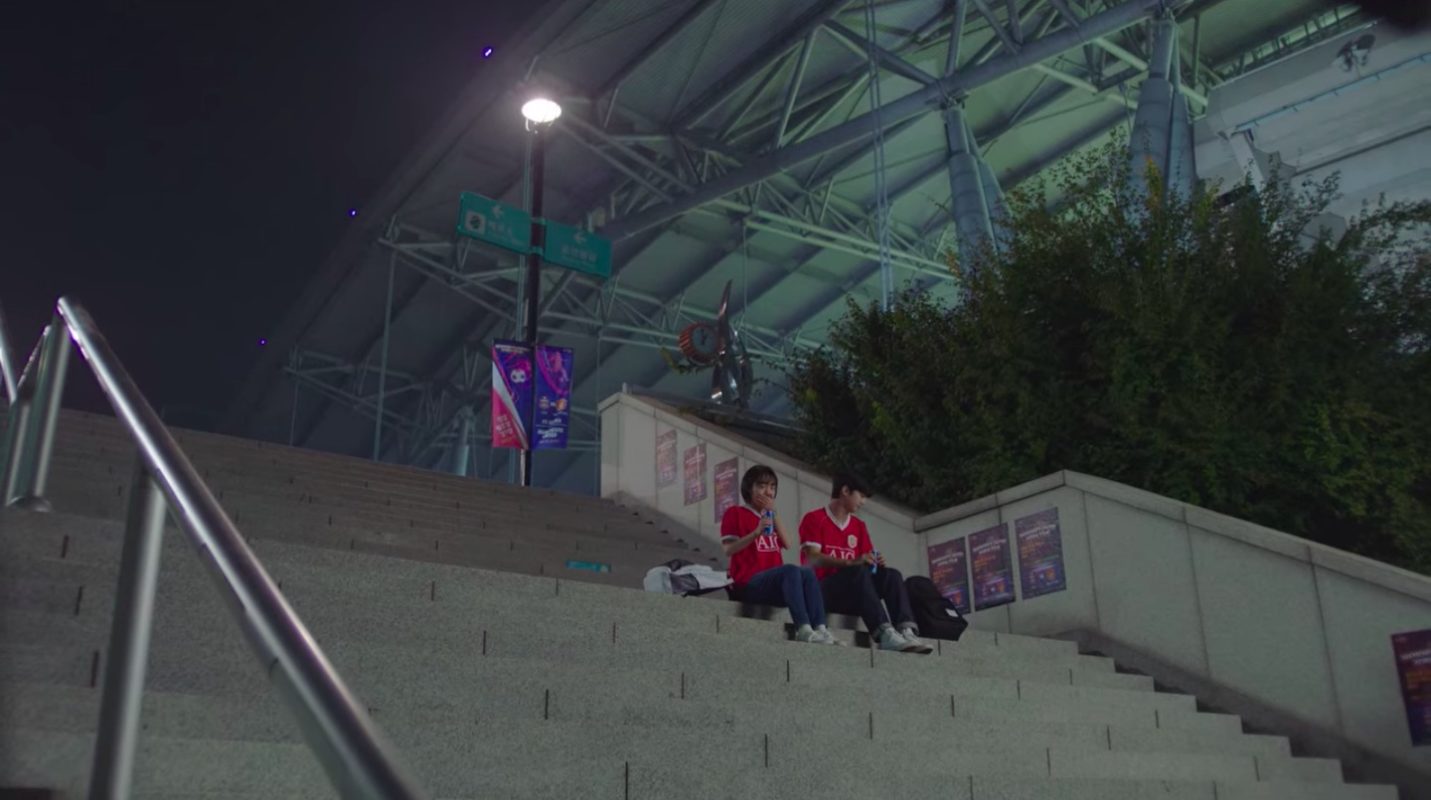 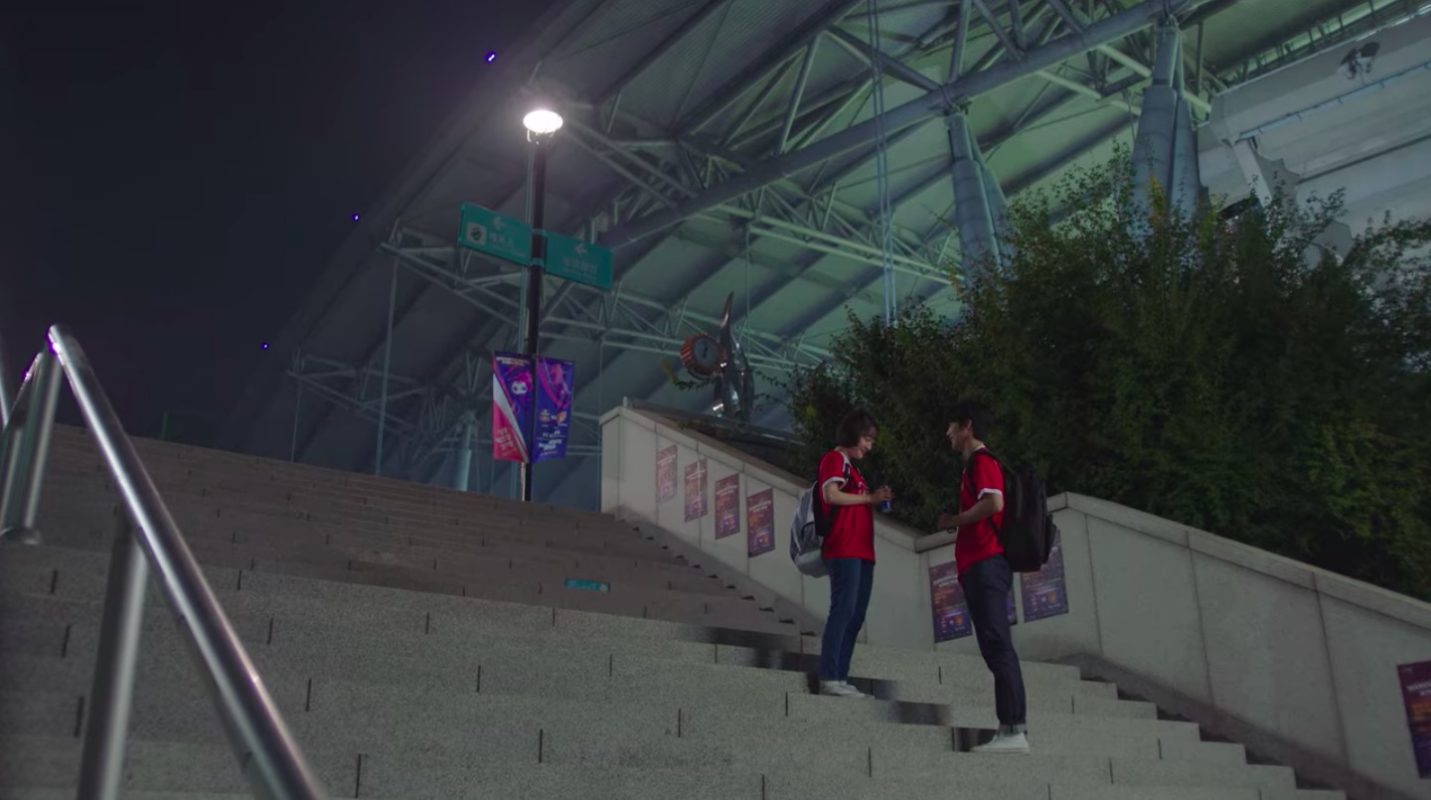 Shin Sol-i (So Ju-yeon) waits outside West Entrance 1B of this stadium for Cha Heon (Kim Yo-han from WEi) to watch the ‘Mankheste United’ soccer game in episode 8 of A Love So Beautiful/Beautiful Us (아름다웠던 우리에게) (Netflix/Kakao TV, 2020-21) — only to discover later that the tickets were fake.

Suwon World Cup Stadium [수원월드컵경기장], opened 13 May 2001, was one of 10 soccer stadiums that was constructed specially for the 2002 FIFA World Cup, co-hosted by South Korea and Japan. The stadium, which has a capacity of 44,031, is located in Suwon’s neighborhood Uman [Uman-dong/우만동], in the Paldal District [Paldal-gu/팔달구]. It is a 13 min. walk to/from CJ Blossom Park R&D Center [CJ블로썸파크].