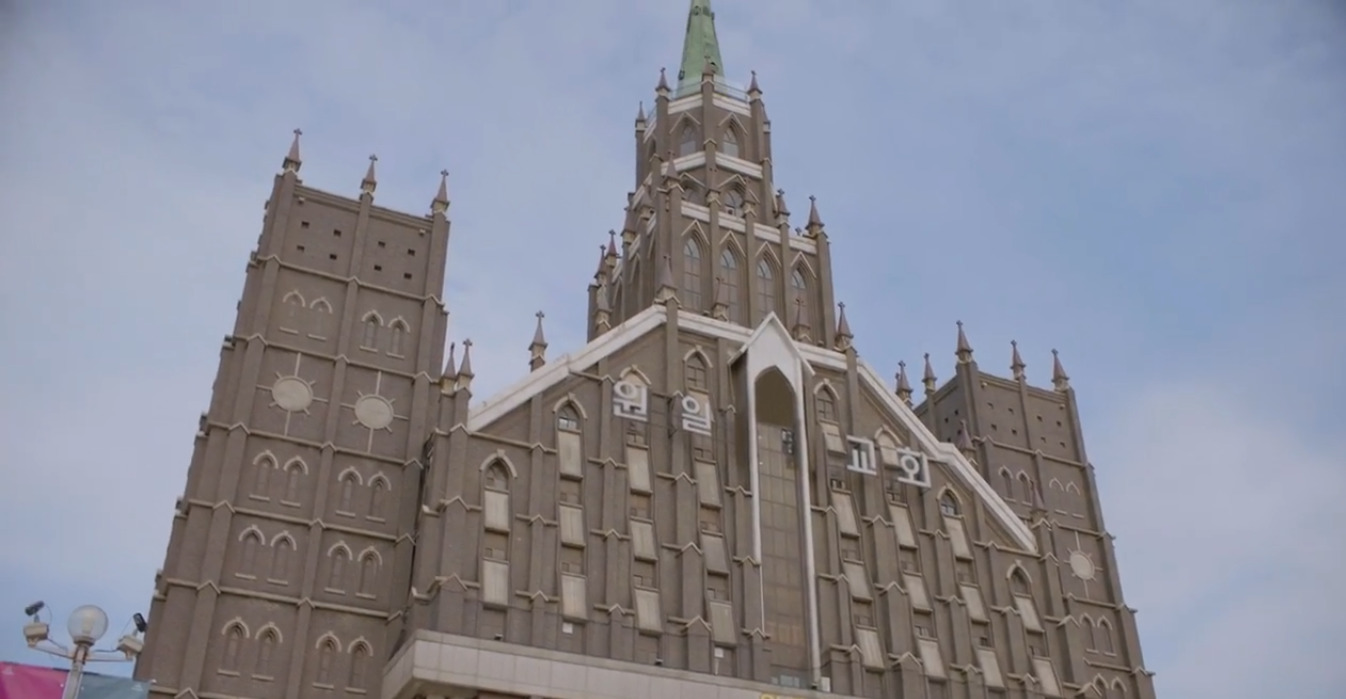 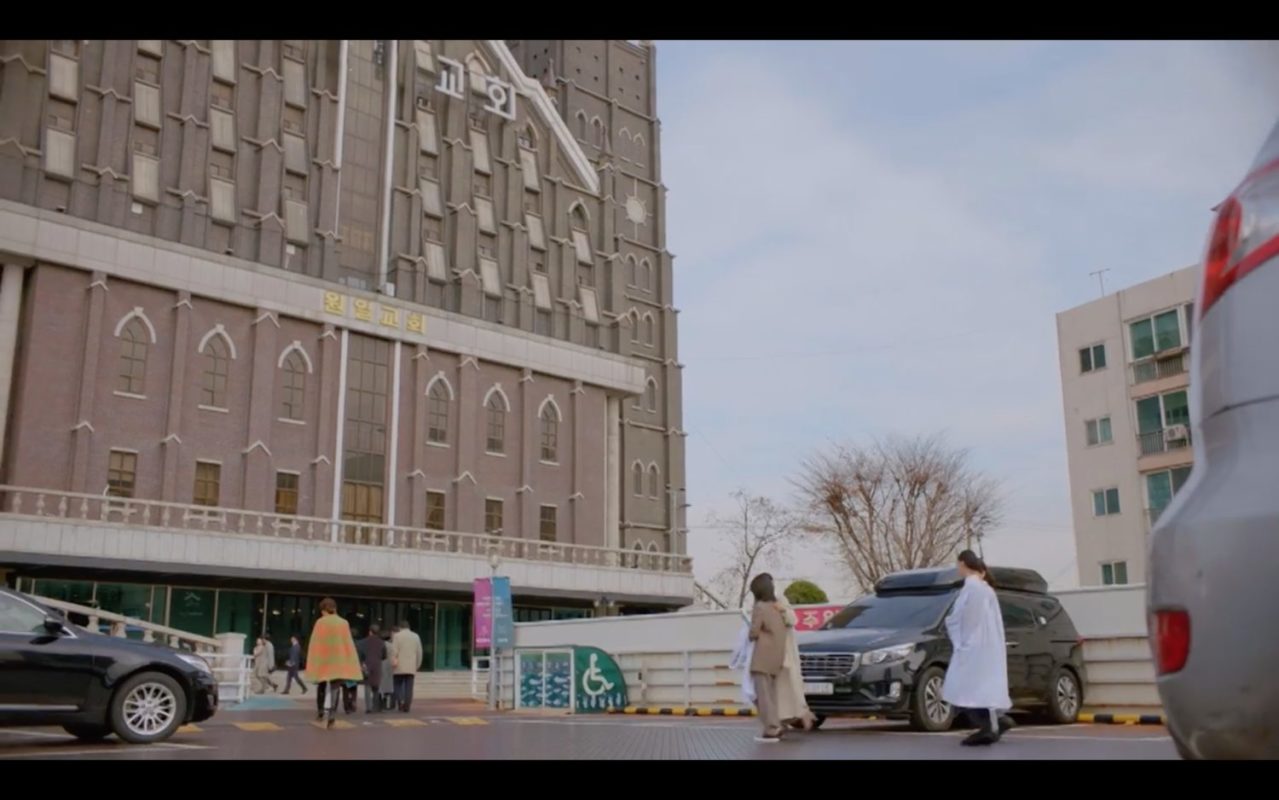 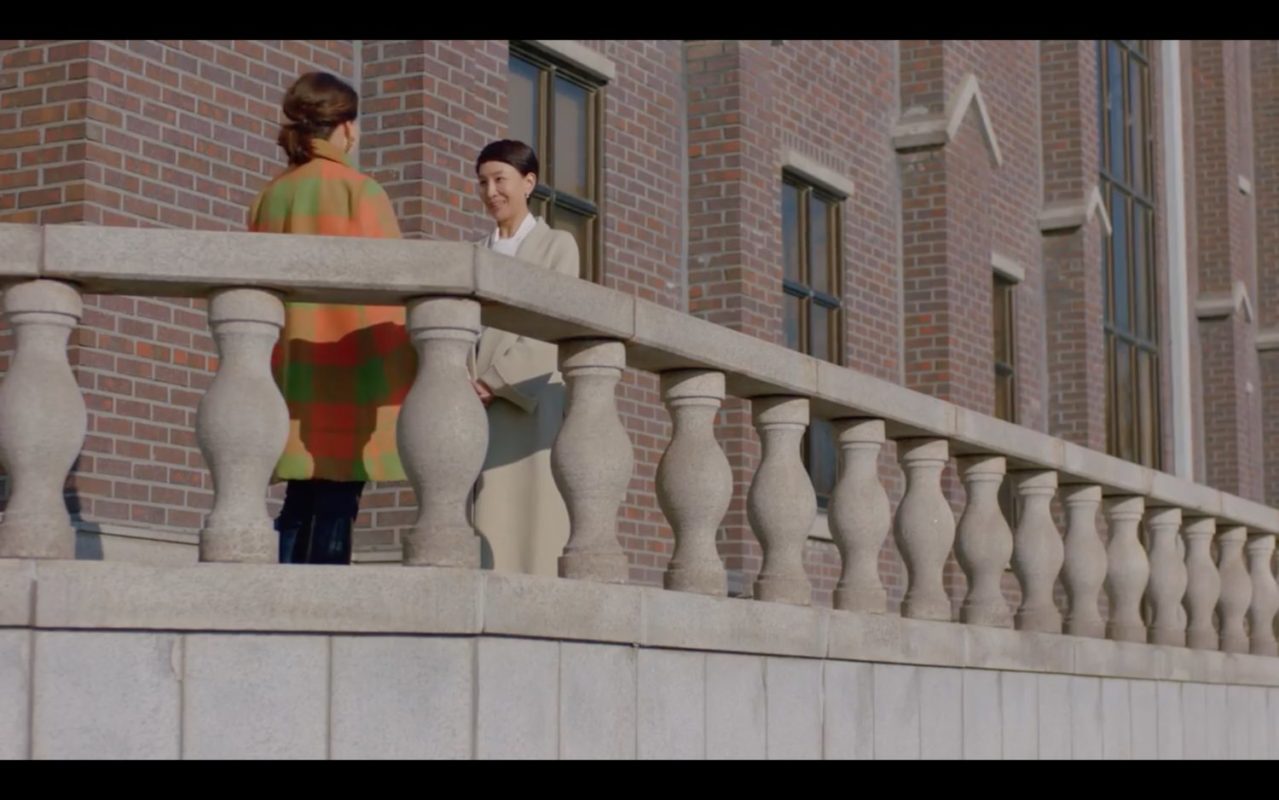 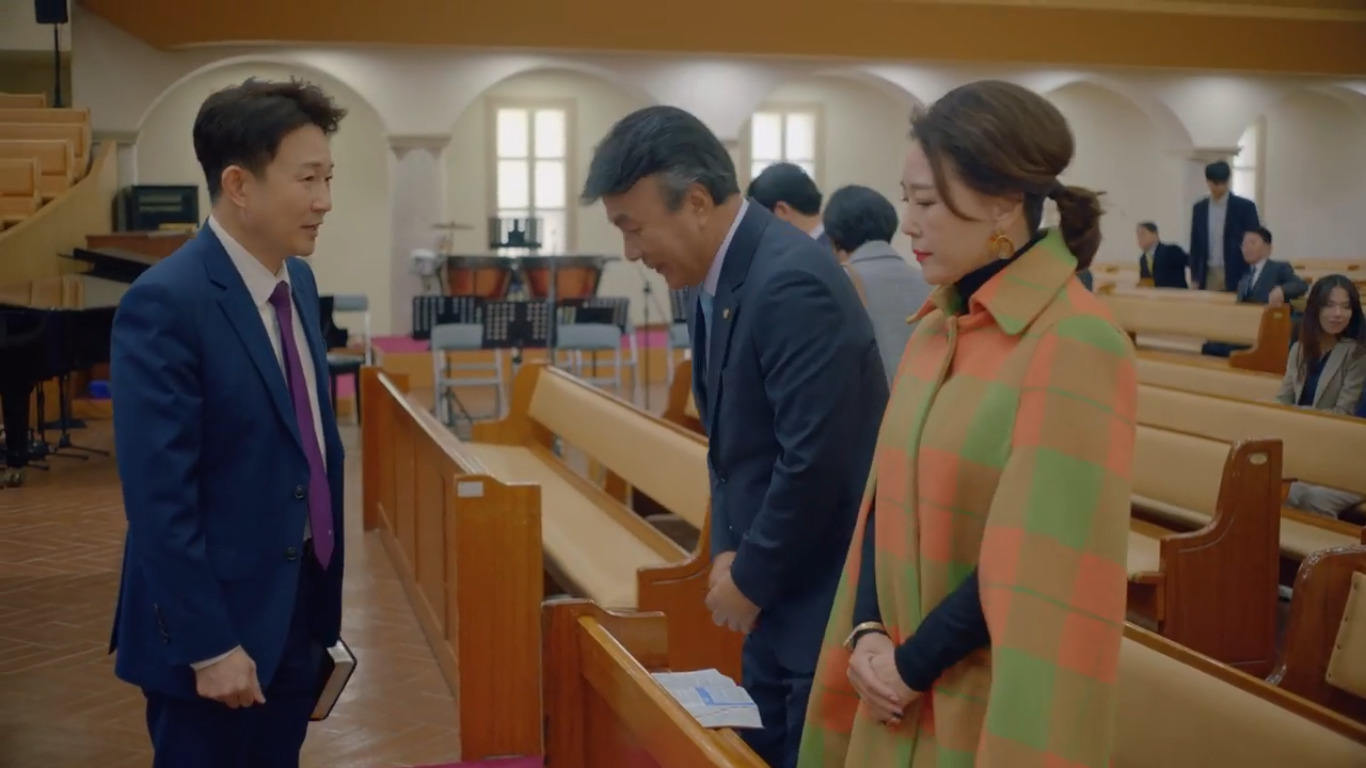 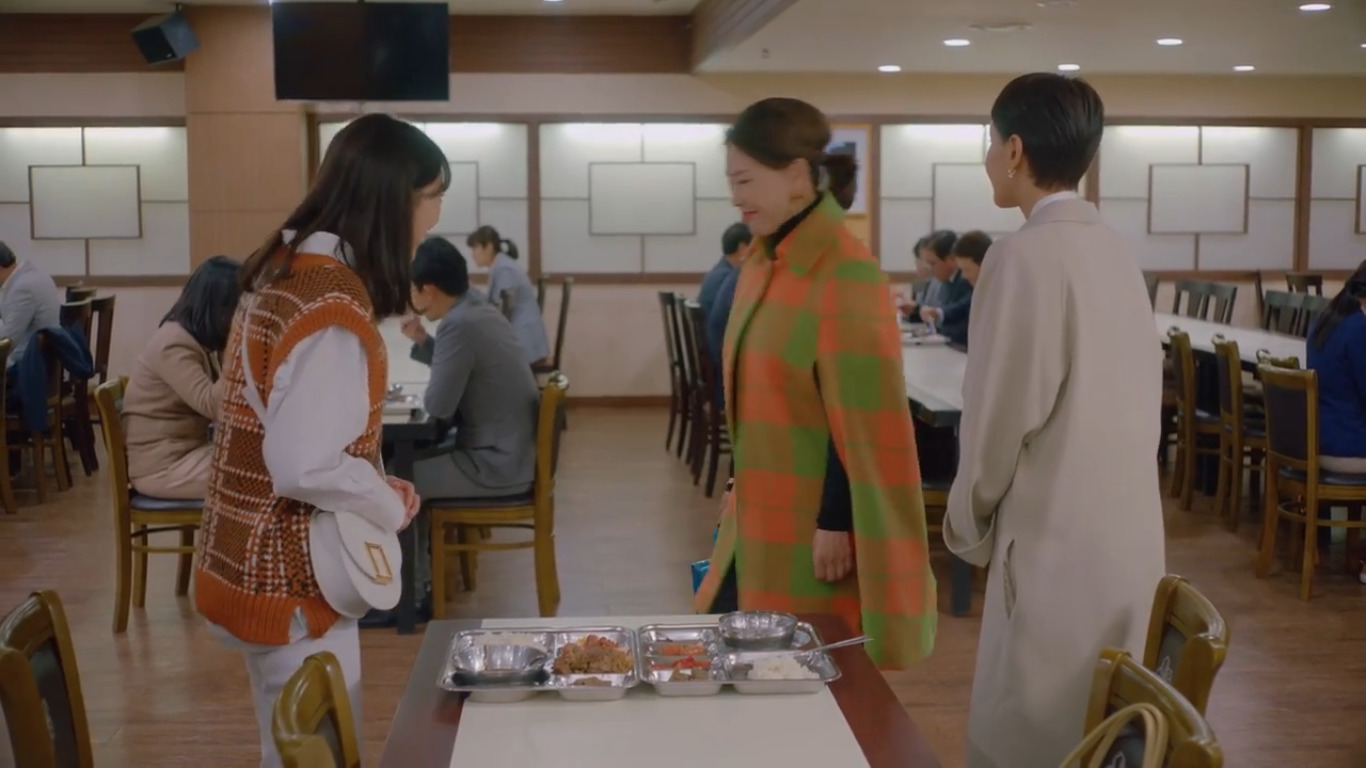 This church appears as ‘Wonil Church’ in episode 5 of Run On (런온) (JTBC/Netflix, 2020-21), where Ki Seo-gyeom’s father, Assemblyman Ki (Park Young-gyu) regularly attends Christian services to repent for his family’s mistakes and shortcomings (and for networking). Sometimes the rest of the family are persuaded to accompany him, but usually they have pressing schedules. Once inside, the Pastor prays loudly for the forgiveness of Seo-gyeom (Im Si-wan) and for strength for the parents to overcome God’s testing. Actress (and atheist) mother Yook Ji-woo (Cha Hwa-yeon) is not impressed, and accuses her pious husband of being the better actor. Ji-woo also meets a friend in the church restaurant and asks her to check up on Seo-gyeom and his advertising endorsements.

Located on a hill just outside Suwon Hwaseong Fortress [수원 화성] is Suwon Jeil English Church [수원제일교회], a black-brick Gothic-style Presbyterian church which was built in 1953. Originally named the First Church of Suwon, it is now known as Suwon Jeil English Church (Jeil = first). Aside from conducting all services in English, the language is also taught to local South Korean children here.

In September 2012, as part of Suwon City’s renaissance project, the church converted two floors of the bell tower into an inside observatory, and the 13th floor into the outside Sunset Observatory (height of 138m). Accessible by elevator and spiral staircase, this place gives sprawling views over Hwaseong Fortress, Paldal Mountain, and Ji-dong Mural Village. The church is on the 2nd floor, a restaurant on the 1st, while the galleries on the 8th and 9th floors are for art exhibitions held by the city.