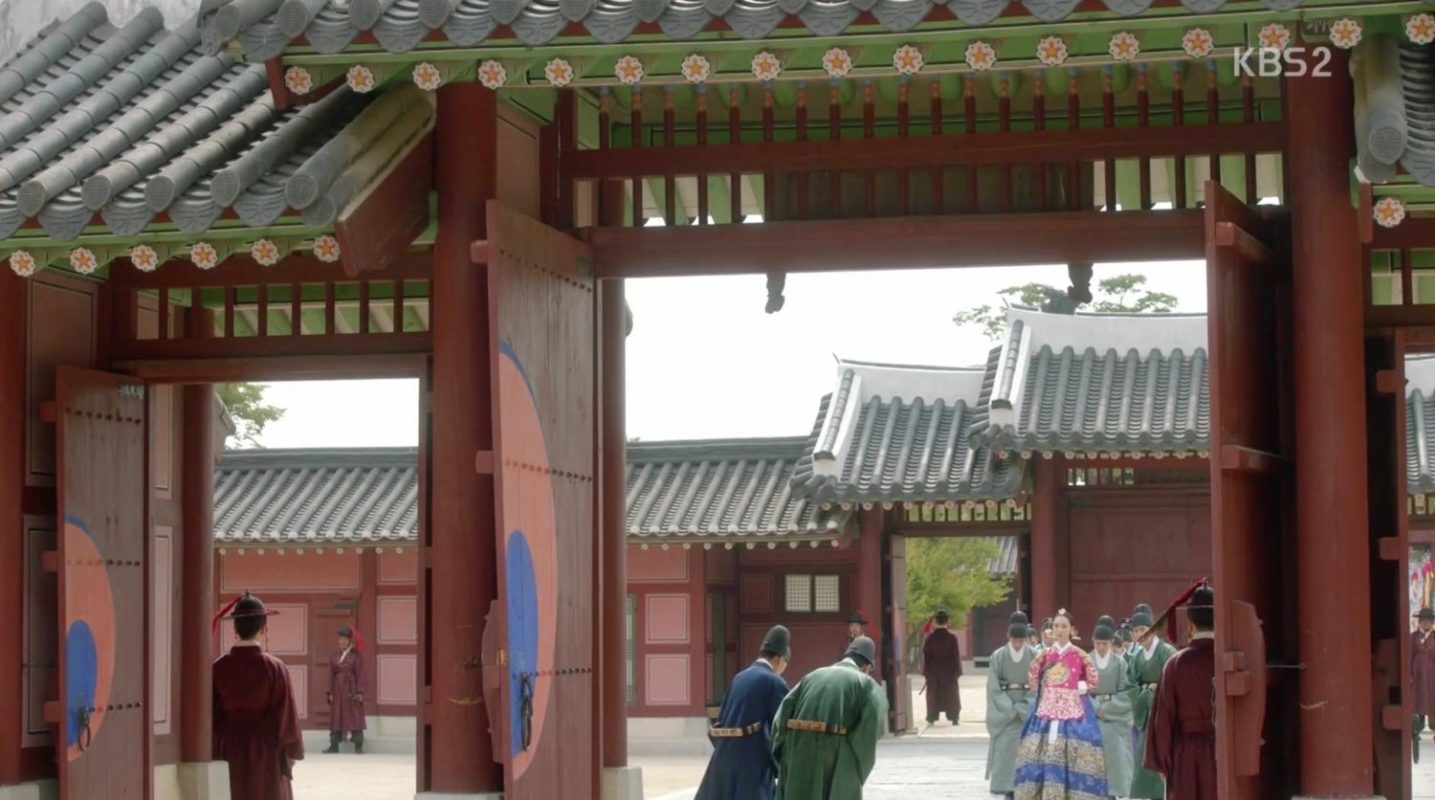 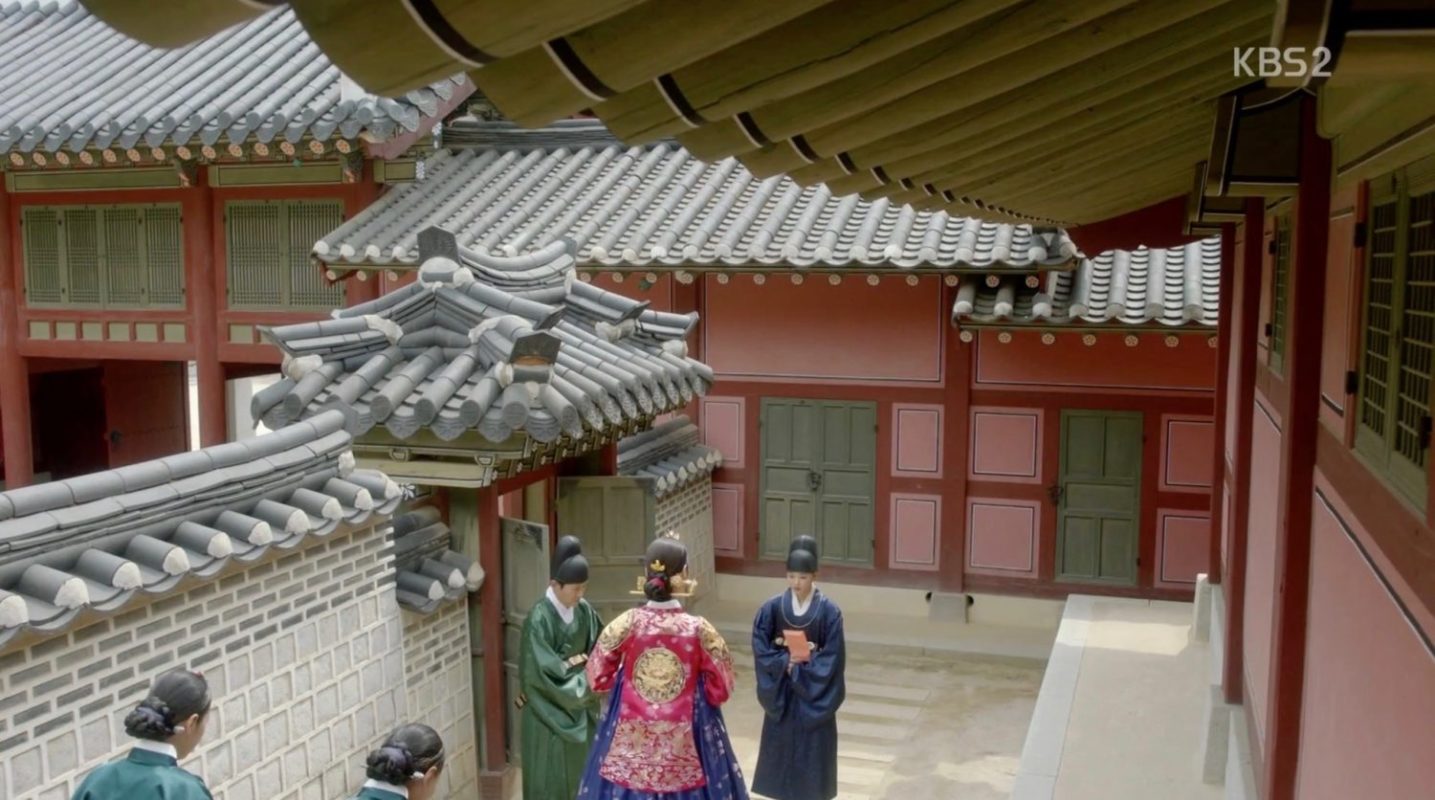 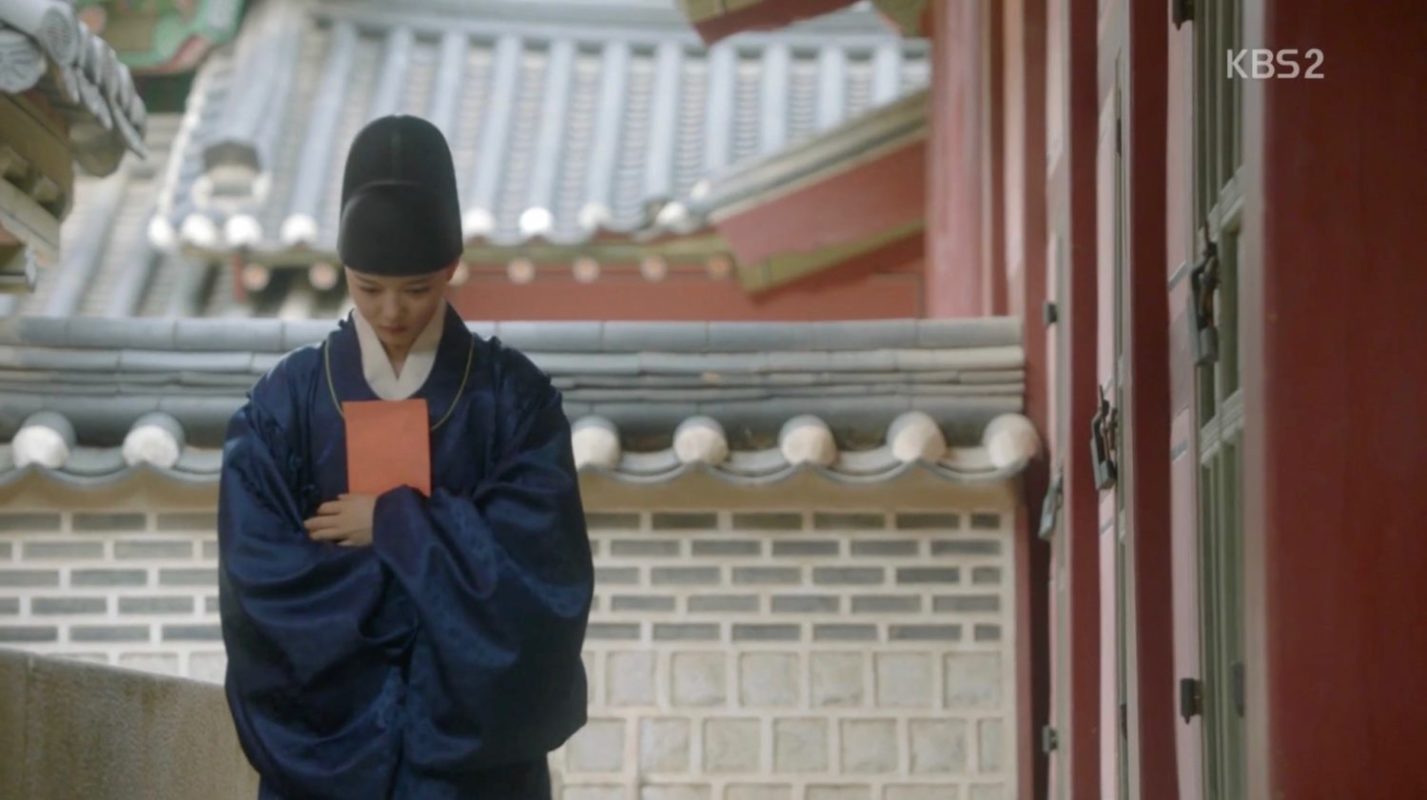 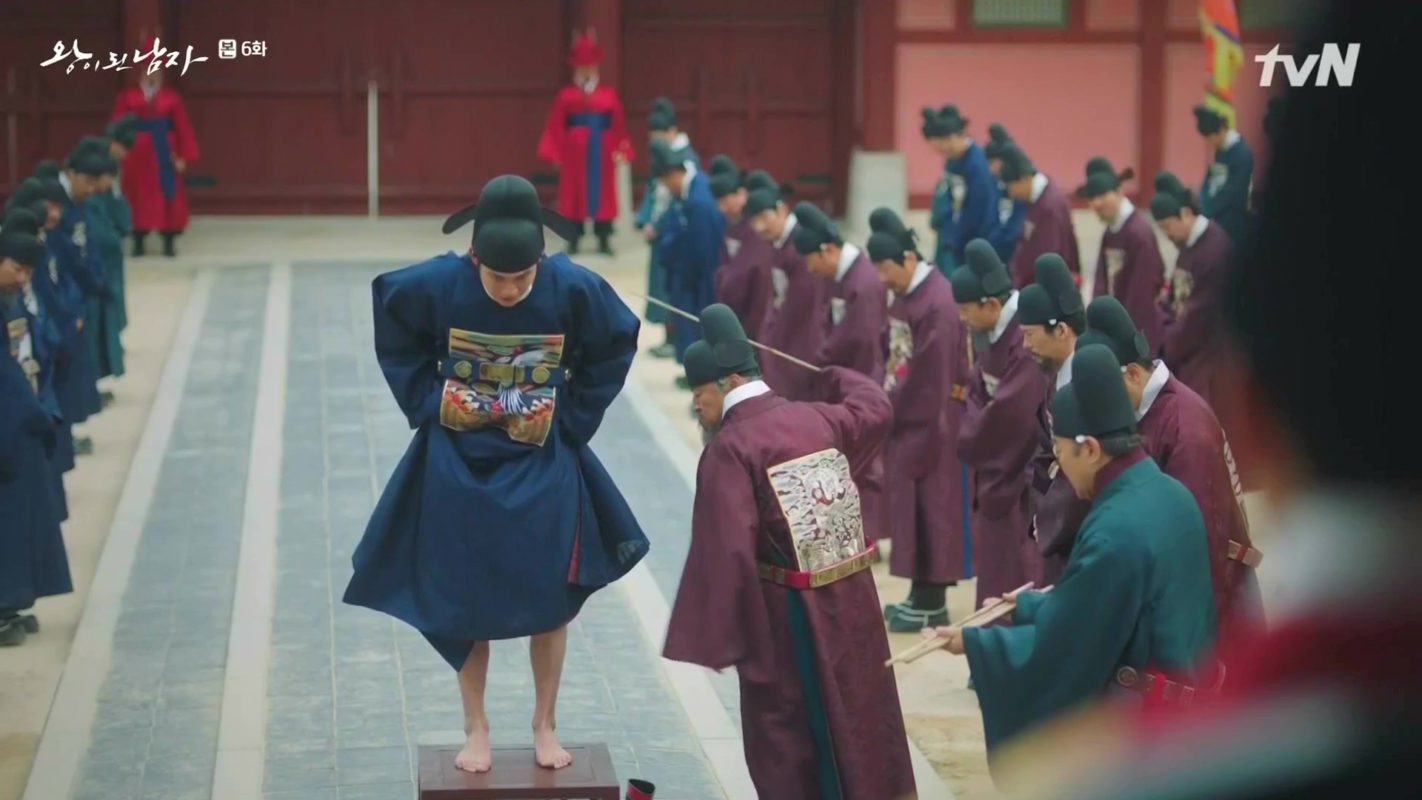 Gyun Woo (Joo Won) runs away in embarrassment upon seeing Princess Haemyeong (Oh Yeon-seo) here in episode 8 of My Sassy Girl (엽기적인 그녀) (SBS, 2017), because of a racy dream he’d had.

This is seen as the living quarters of Crown Prince Hyomyeong (Park Bo-gum) in Moonlight Drawn by Clouds/Love in the Moonlight (구르미 그린 달빛) (KBS2, 2016).

As seen at the end of episode 4 and the start of episode 5 of  Moonlight Drawn by Clouds/Love in the Moonlight (구르미 그린 달빛) (KBS2, 2016), where Lee Yeong/Crown Prince Hyomyeong failed to find his “dancer” at a feast, and Kim Yun-seong (Jung Jin-young) stalls the Crown Prince.

As seen at the end of episode 4 and the start of episode 5 of  Moonlight Drawn by Clouds/Love in the Moonlight (구르미 그린 달빛) (KBS2, 2016), where Lee Yeong/Crown Prince Hyomyeong failed to find his “dancer” at a feast, and Kim Yun-seong stalls the Crown Prince.

Hwaseong Haenggung Palace [화성행궁], which translates to ‘detached palace’, is a palace located within Suwon Hwaseong Fortress [수원 화성]. It served as the secondary palace for the royal family — so much so that it was called an extension of Gyeongbokgung Palace [경복궁], the main palace of the Joseon Dynasty. It was built in 1789 (and expanded from 1794 to 1796) during rule of King Jeongjo of Joseon (정조) to establish Suwon as a new county and for the royal family to stay when making trips out of capital. King Jeongjo also visited here regularly when mourning his late father Crown Prince Sado, whose tomb he transferred to its current location in 1789 (originally buried at Mt. Baebongsan, Yangju; modern-day Dongdaemun District, Seoul).

The palace was in large parts destroyed during the Japanese colonial rule, but was restored and repaired through work that started in the mid-1990s. In October 2003, it was opened to the public.

Hwaseong Haenggung was registered as a UNESCO World Heritage Site in 1997 and was designated Historic Site No. 478 on June 8 2007. In 2019, the Ministry of Culture, Sports and Tourism –announced through the Korea Tourism Organization (KTO)– selected Hwaseong Fortress as one of the ‘100 Must-Visit Spots in Korea’ for 2019-2020.

A little history on royal tombs by Lr

Following Gojong’s ascension to the throne (his two predecessors died heirless), Gojong filially honored his step-family (he was adopted as Crown Prince Hyomyeong’s son) through many posthumous title upgrades: among them, Jeongjo’s parents became King Jangjong (장종대왕) and Queen Heon’gyeong (헌경왕후, died in 1815 & entombed beside her husband), hence their tomb complex was upgraded and became Yungneung (융릉).

— submitted by Marion & Mich KDL, with additional details from Lr; last updated 14/09/2022
— Princess and the Matchmaker added by Lr