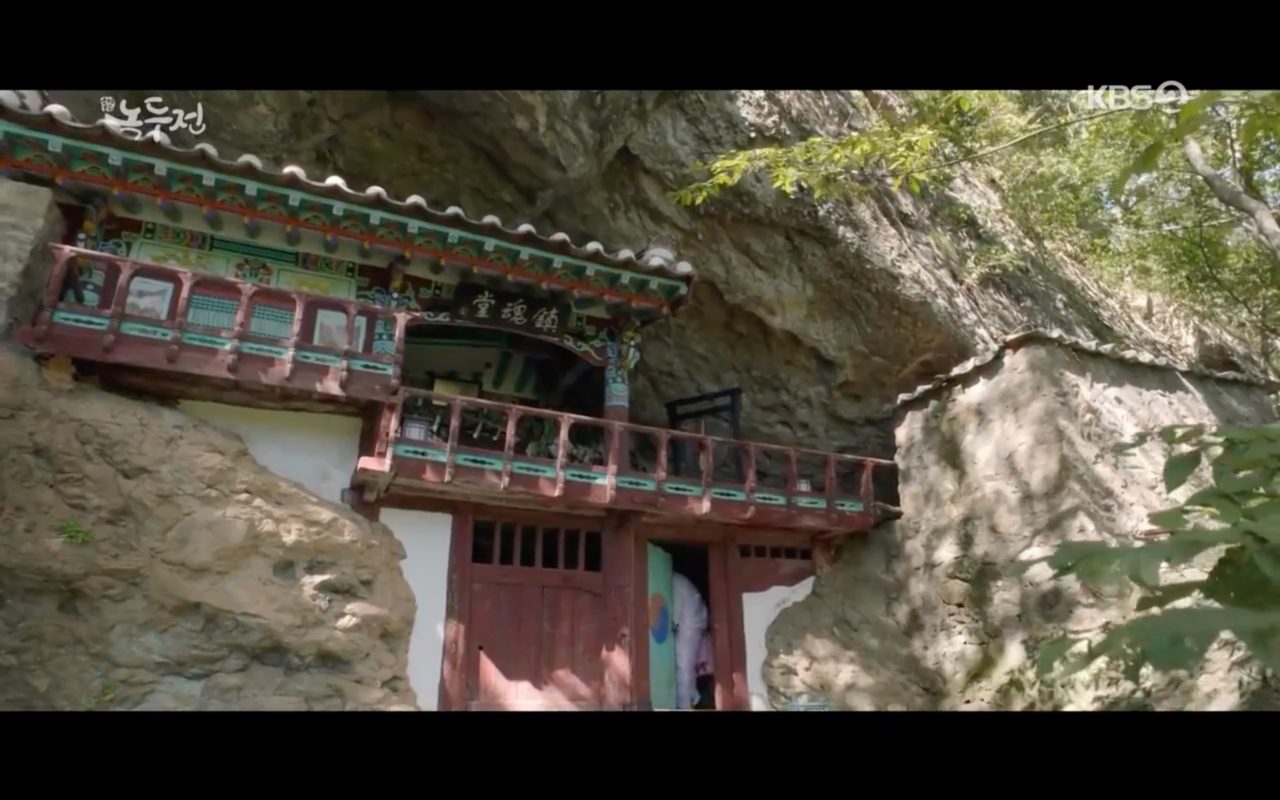 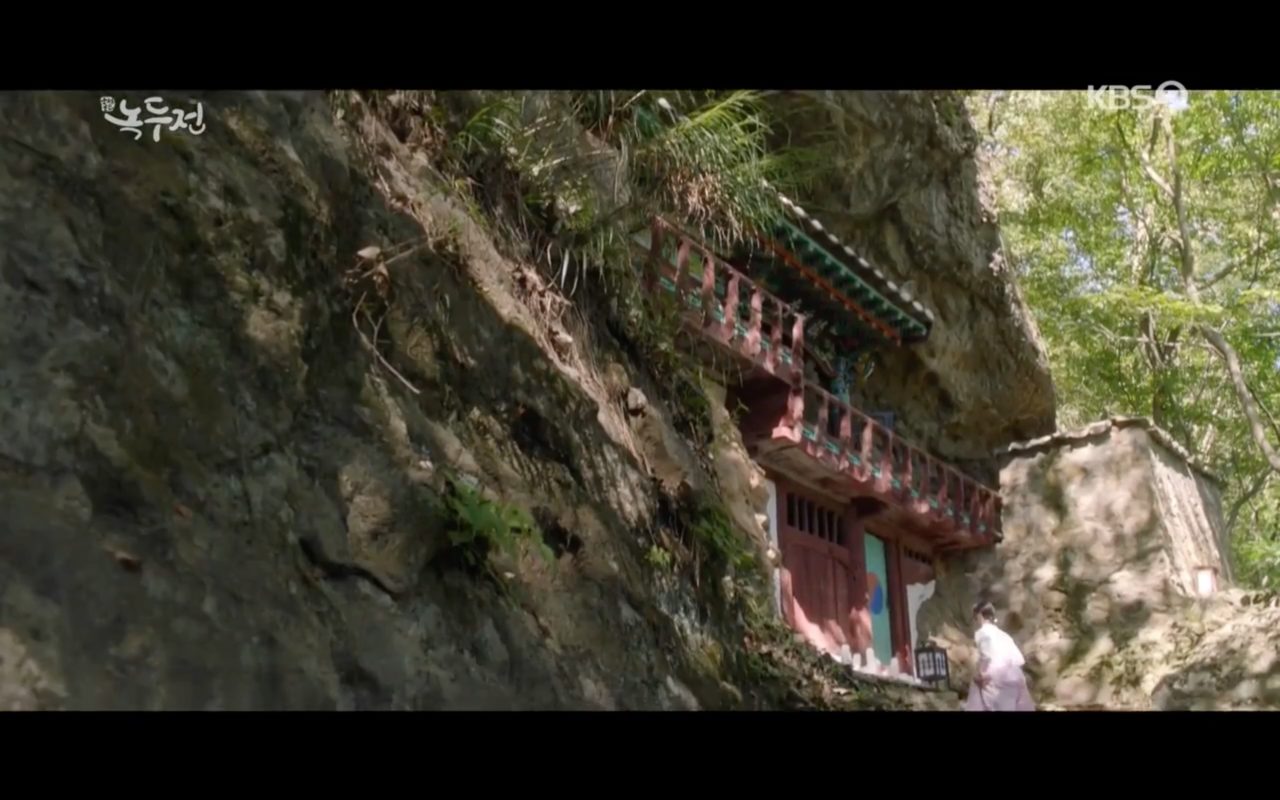 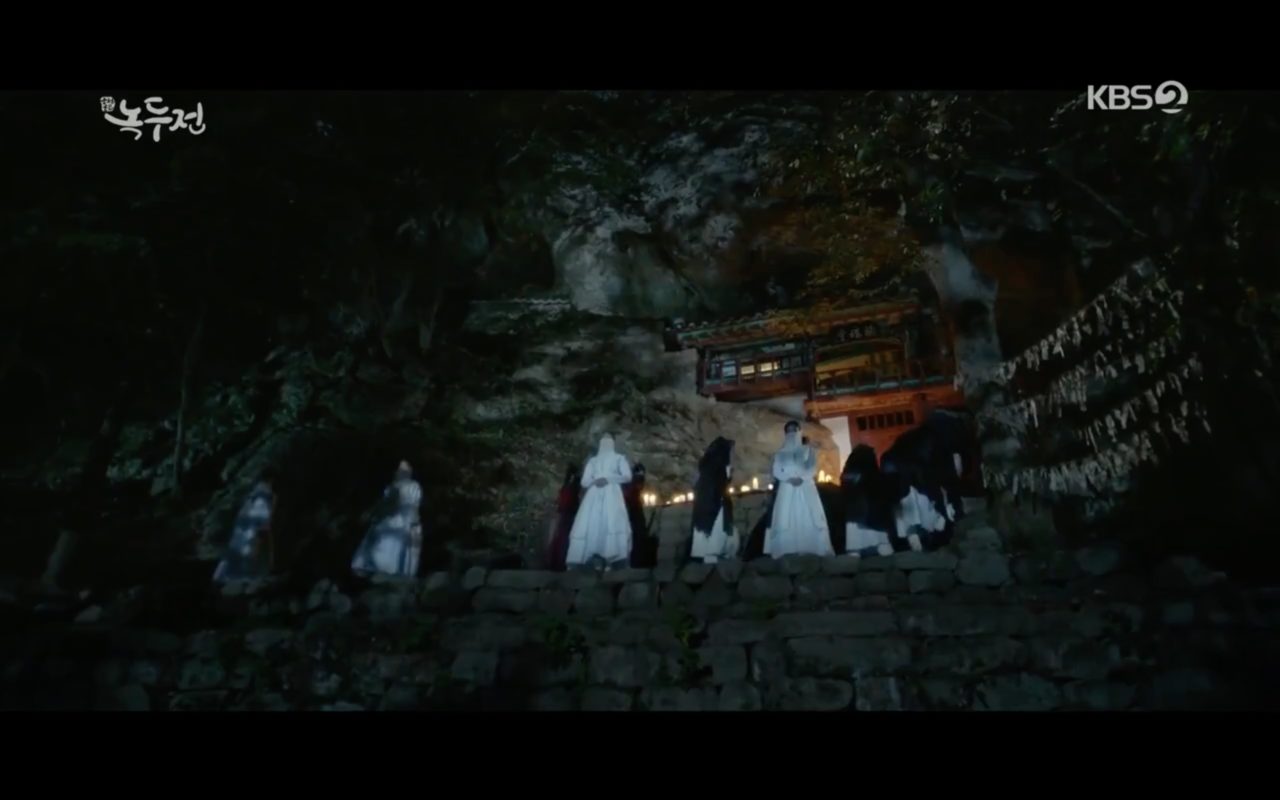 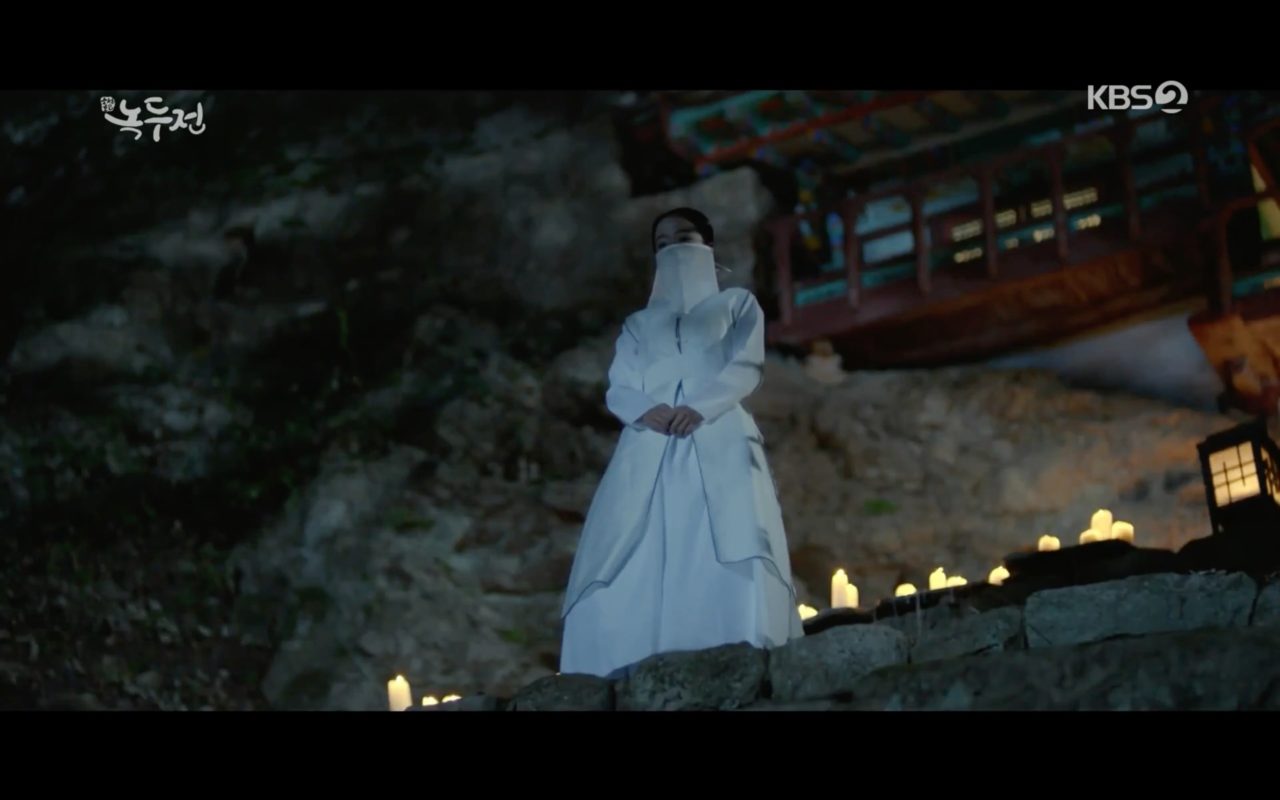 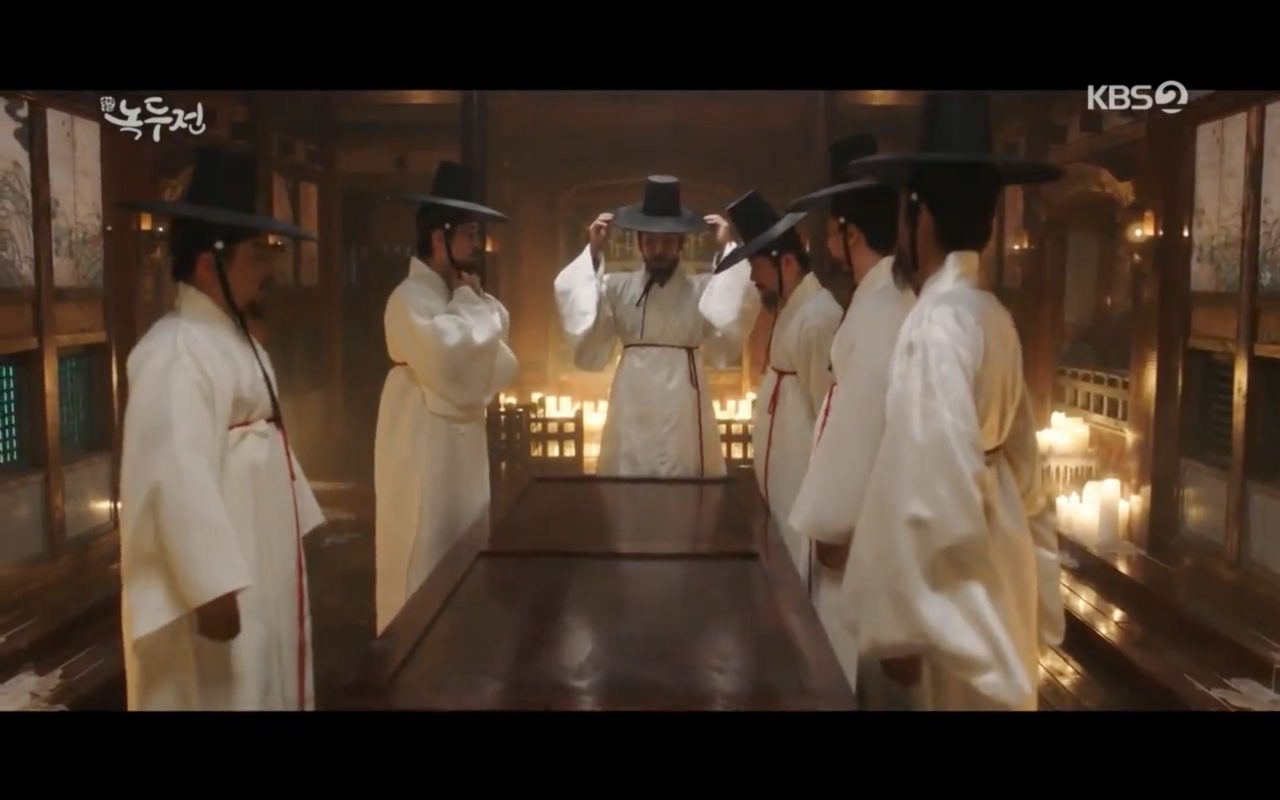 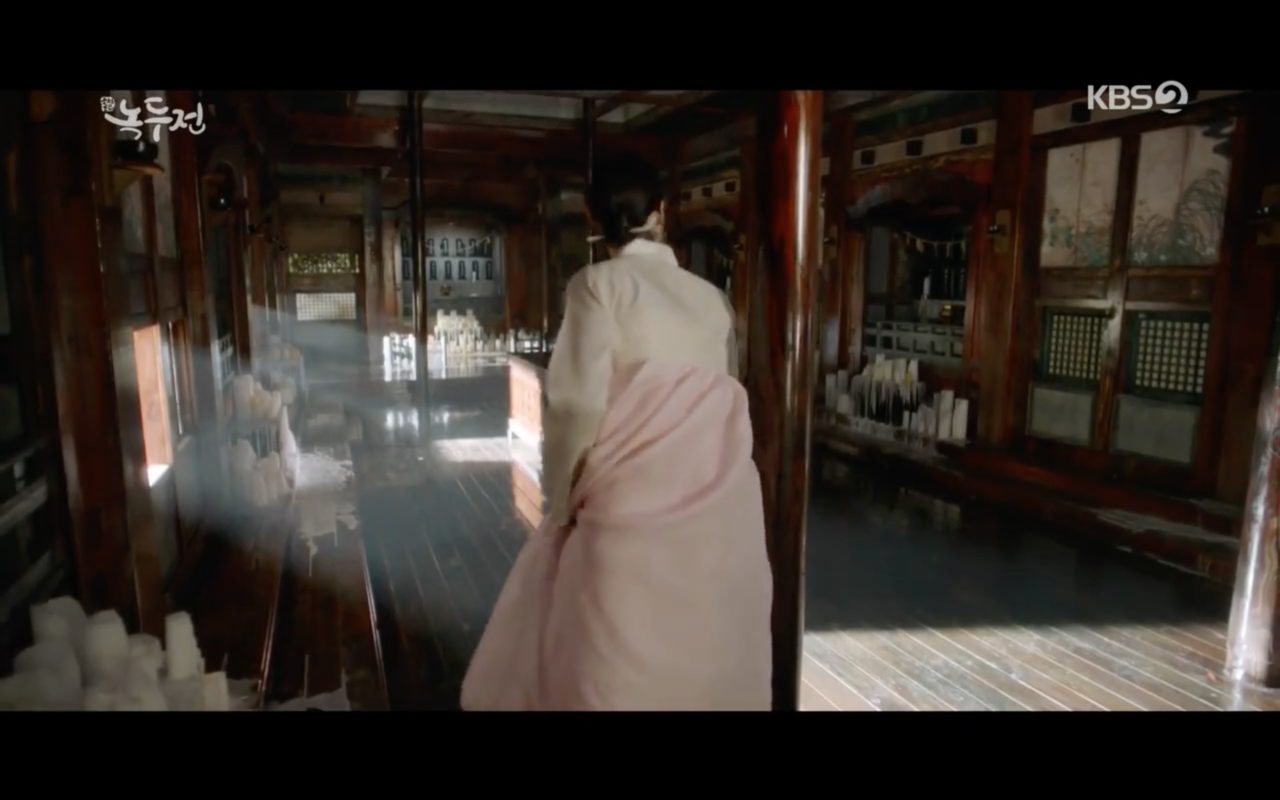 This is the shrine at which the conspiracy against King Gwanghae (Jung Joon-ho) is planned by Minister Heo Yoon (Kim Tae-woo) with support of the Muweol Corps in episodes 4-5 (full episodes 2-3) of The Tale of Nokdu (조선로코 녹두전) (KBS2, 2019). Jeon Nok-du (Jang Dong-yoon) tracks down this place and discovers the first important puzzle piece of his origins.

Suseollu Pavilion [수선루/睡仙樓], also known as Suseonru, is a two-storey pavilion nestled between rocks that was built in 1686 (the 12th year of King Sukjong of Joseon (숙종)). It’s said to be built by four brothers of the Yeonan Song Clan [송씨] as a private place for their father and his friends to play baduk (a strategy board game), and even for the brothers themselves to enjoy poetry and play baduk when well into their 80s. This is also where the name ‘Suseollu’ stems from –given by a local pastor Choi Kye-eon (최계옹)– meaning ‘a place where immortals nap and hang out with each other‘. This could also be interpreted as how the brothers themselves looked like immortals enjoying the breeze, or how it ‘resembles the story of the four gods of Saho.’

The pavilion was designated Jeollabuk-do Cultural Heritage Material No. 16 [문화재자료 제16호] in 1984. It is located close to the upper stream of Seomjin River in Jinan’s village of Gangjeong [Gangjeong-ri/강정리] the the Maryeong Township [Maryeong-myeon/마령면]. The inside of the pavilion is decorated with folk paintings (마루와) depicting flowers, vases, white cranes, a tiger and fish, as well as plum blossoms as seen on this blog.