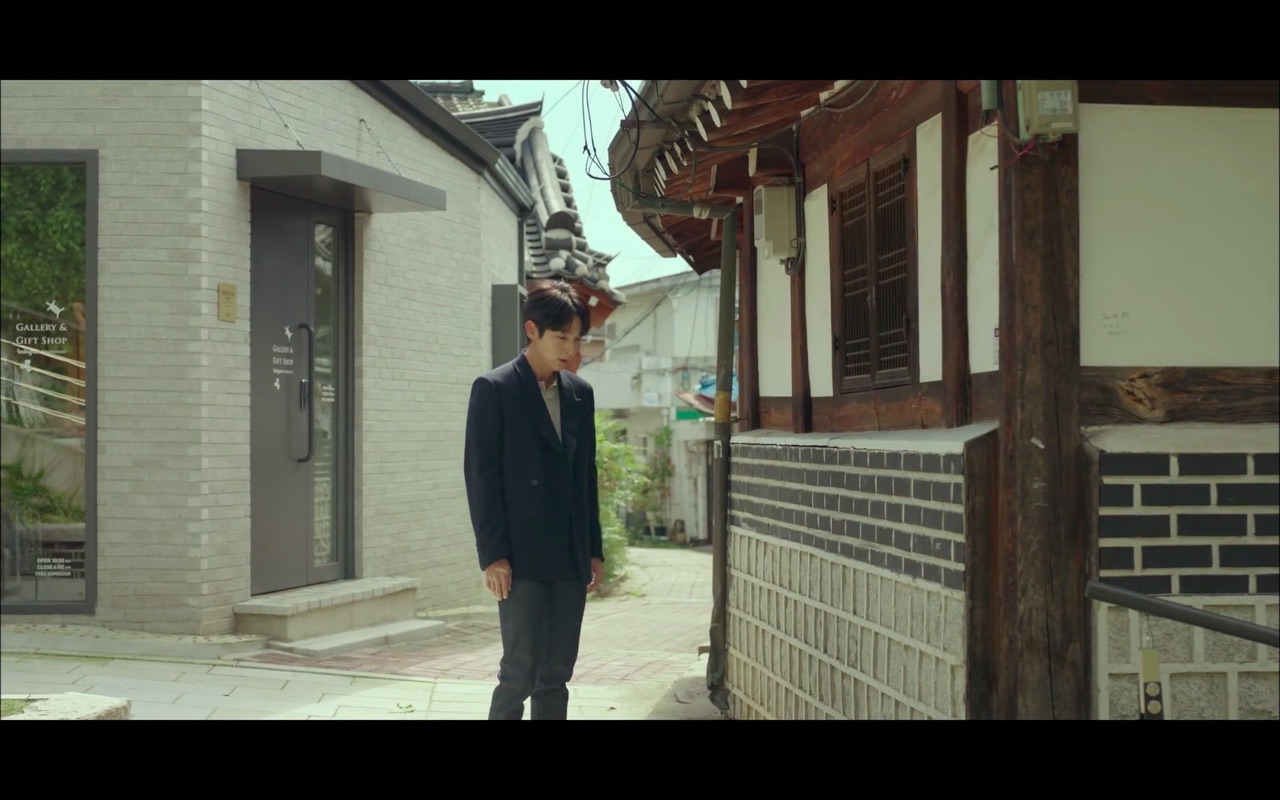 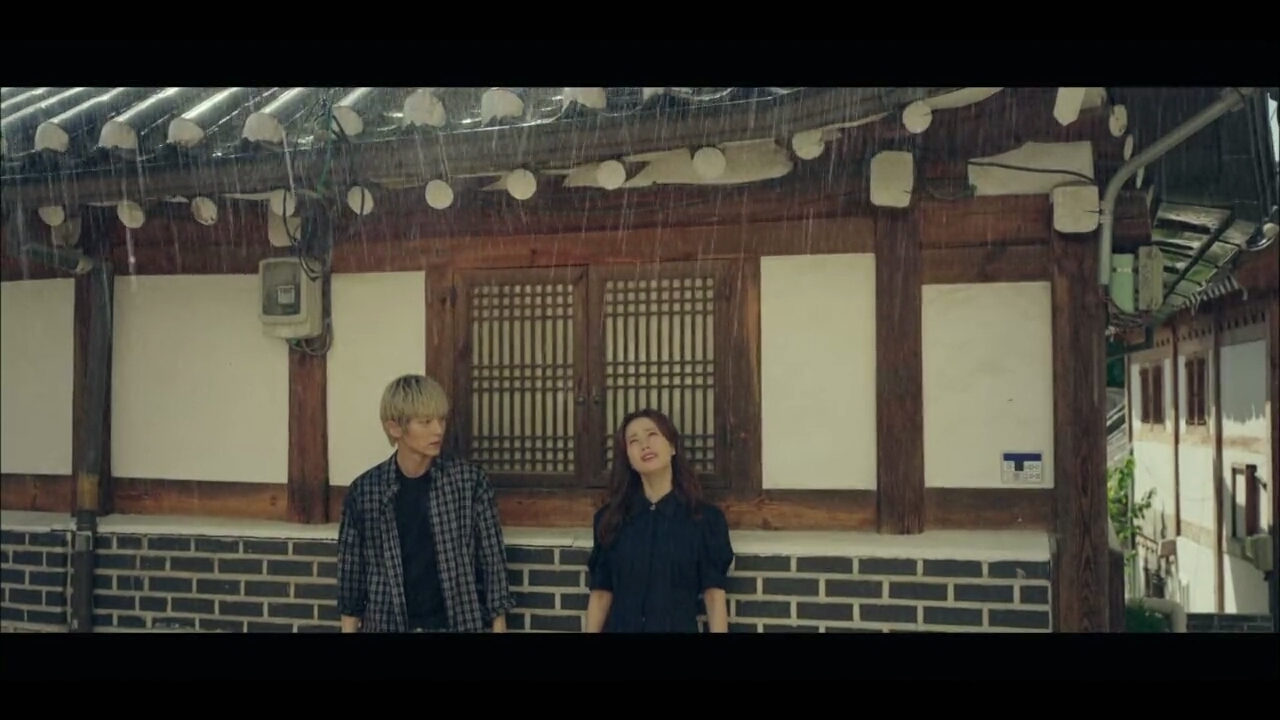 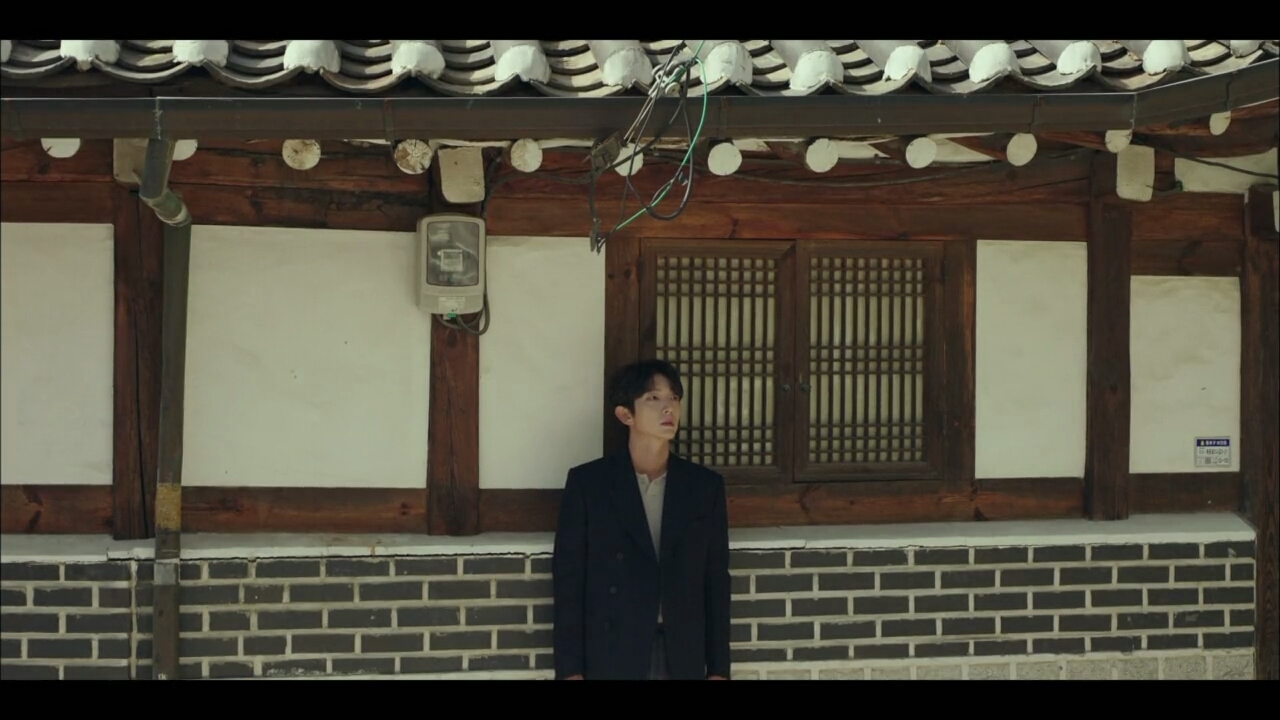 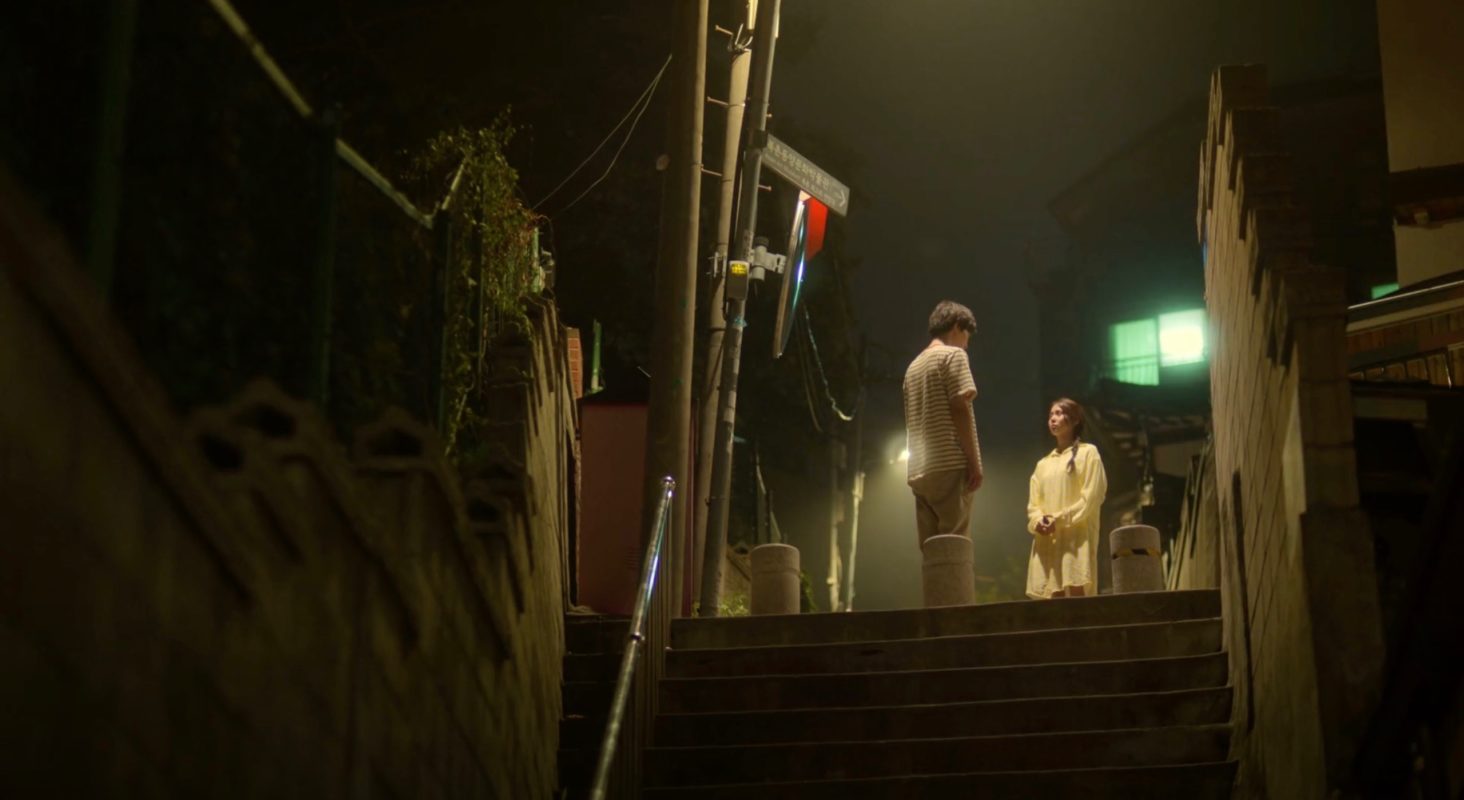 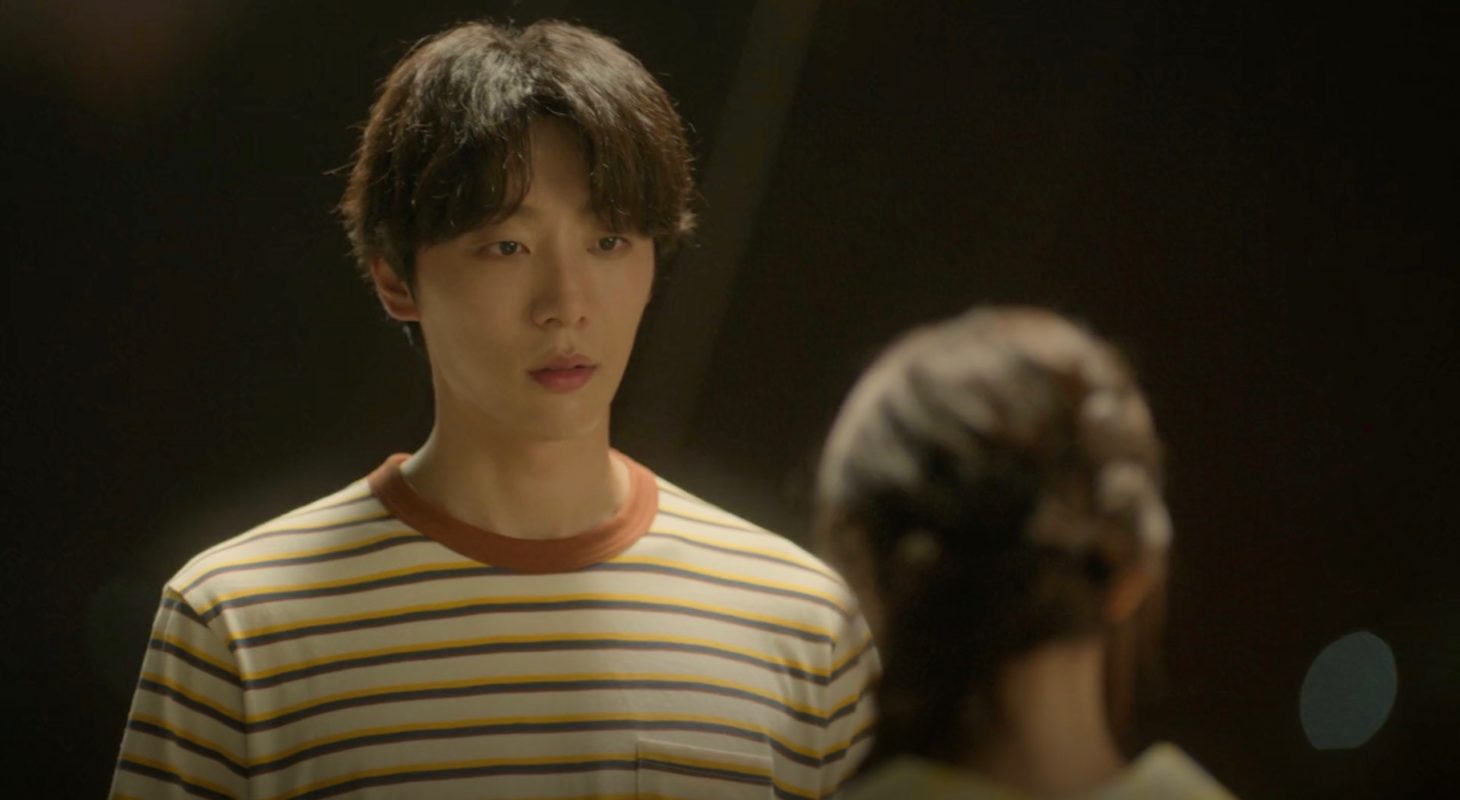 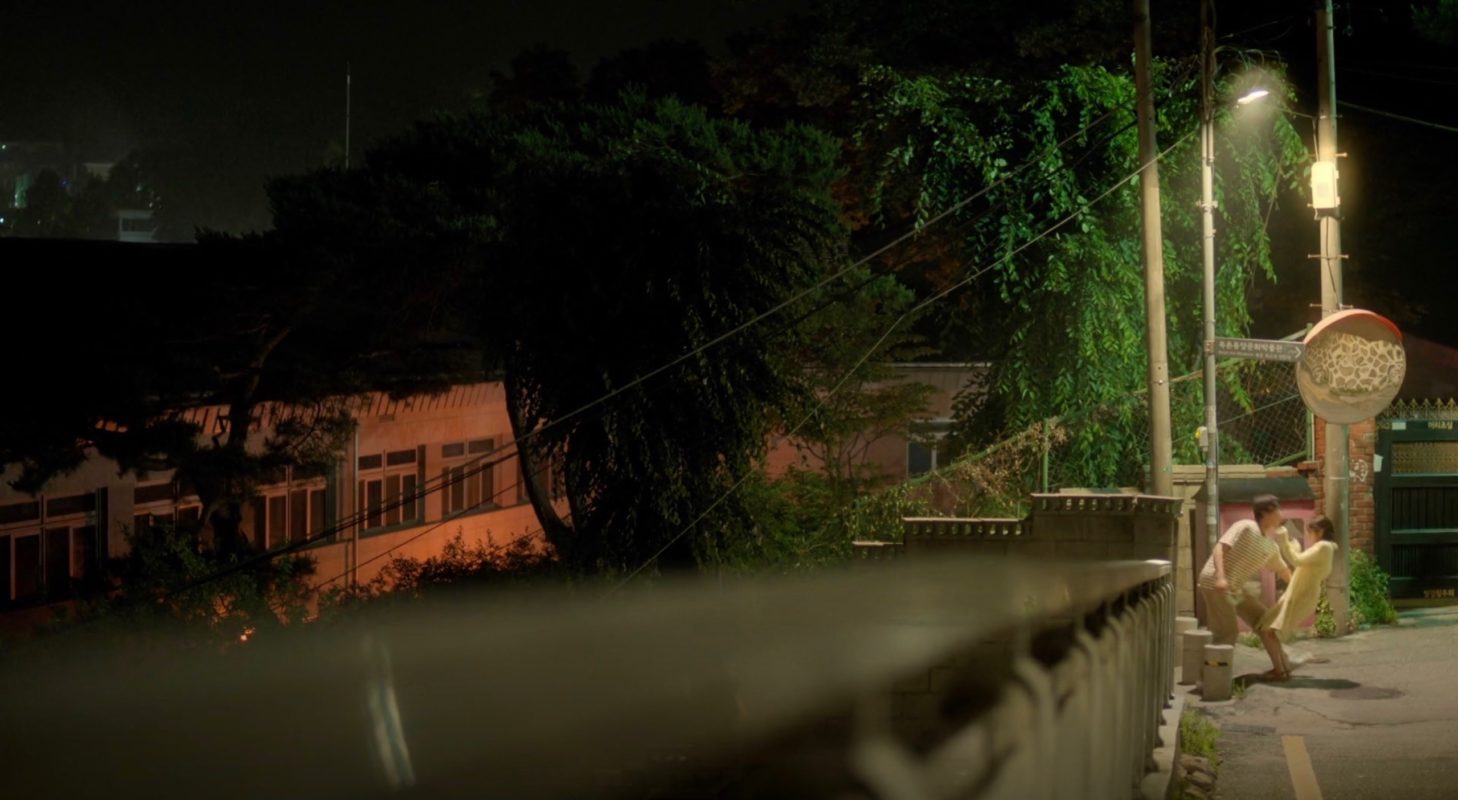 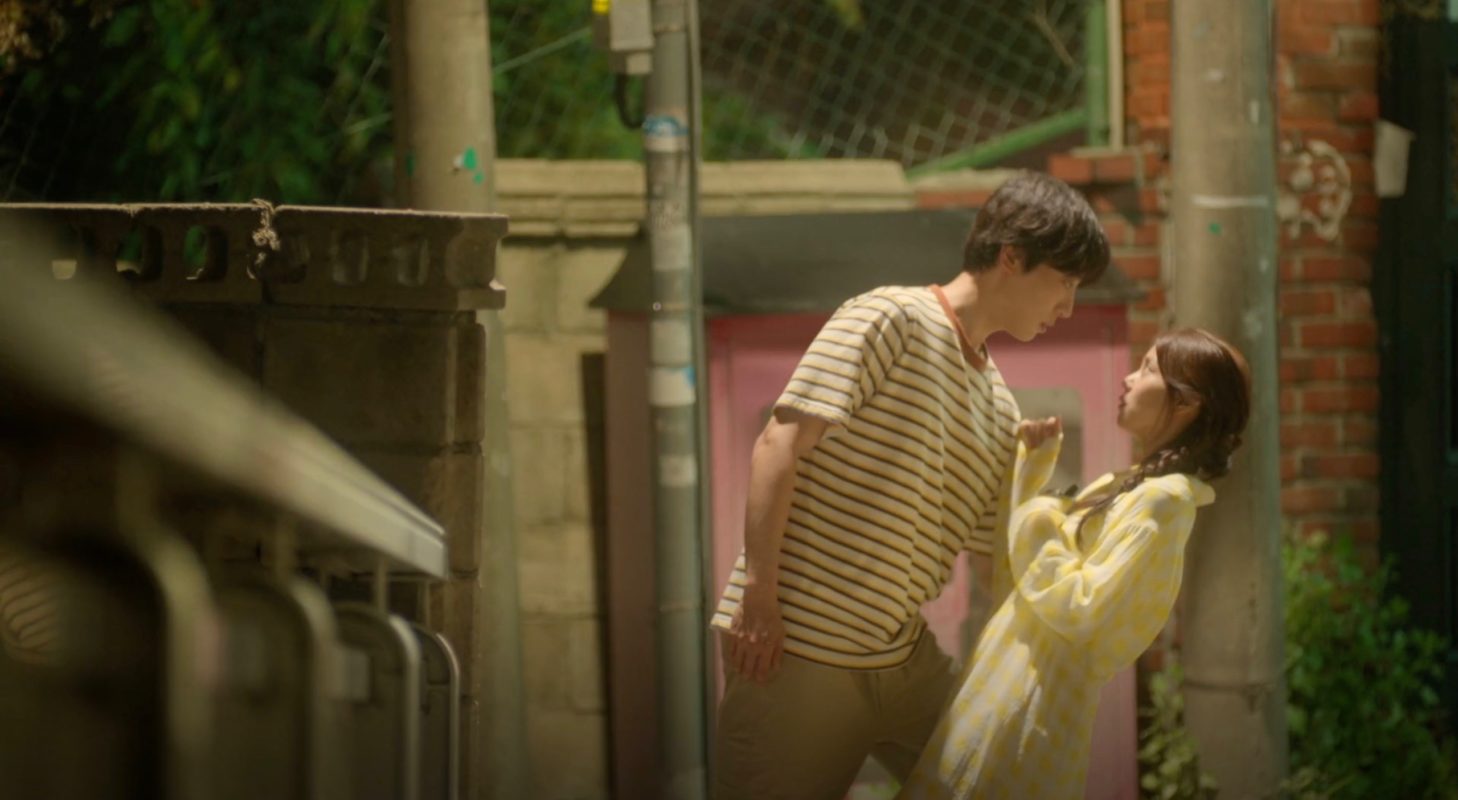 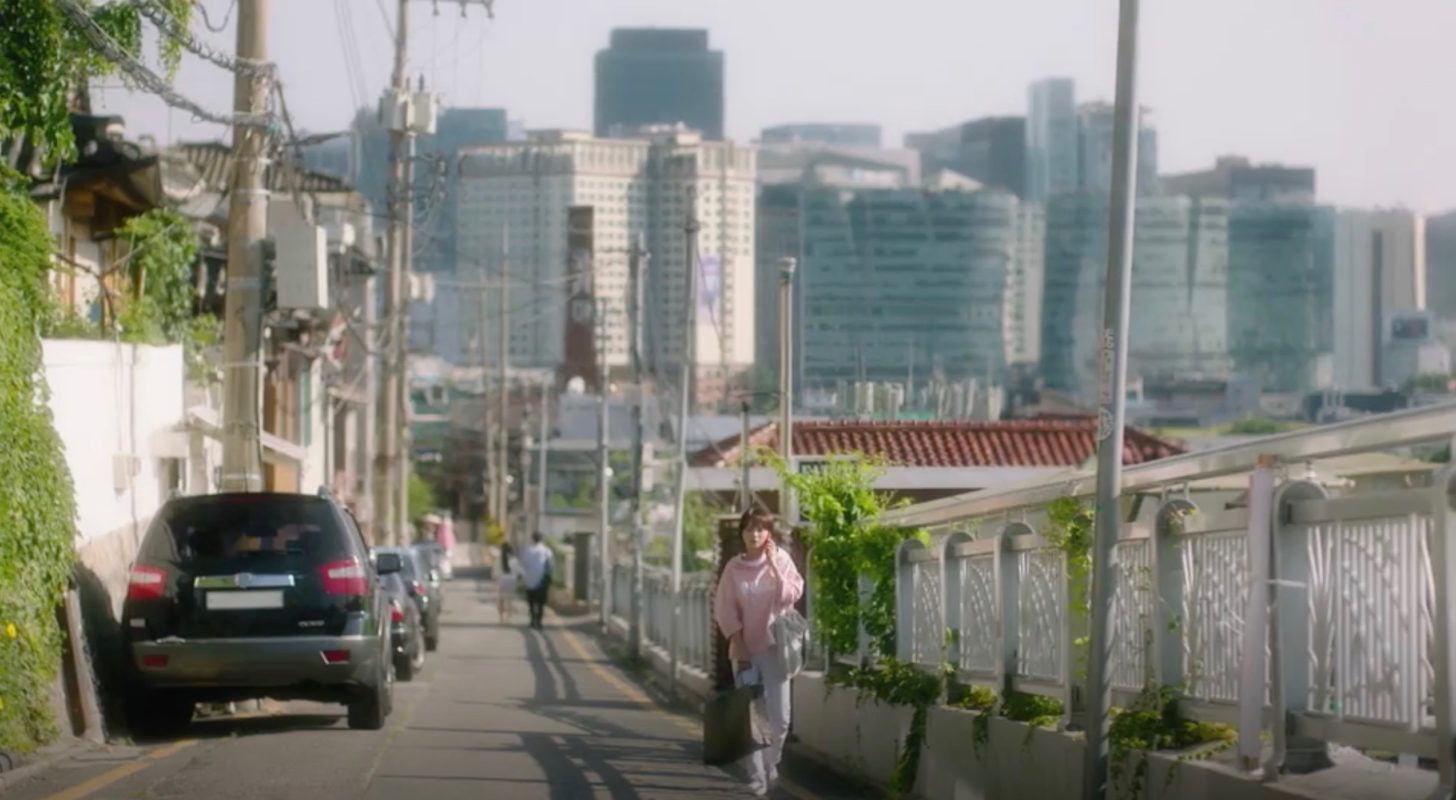 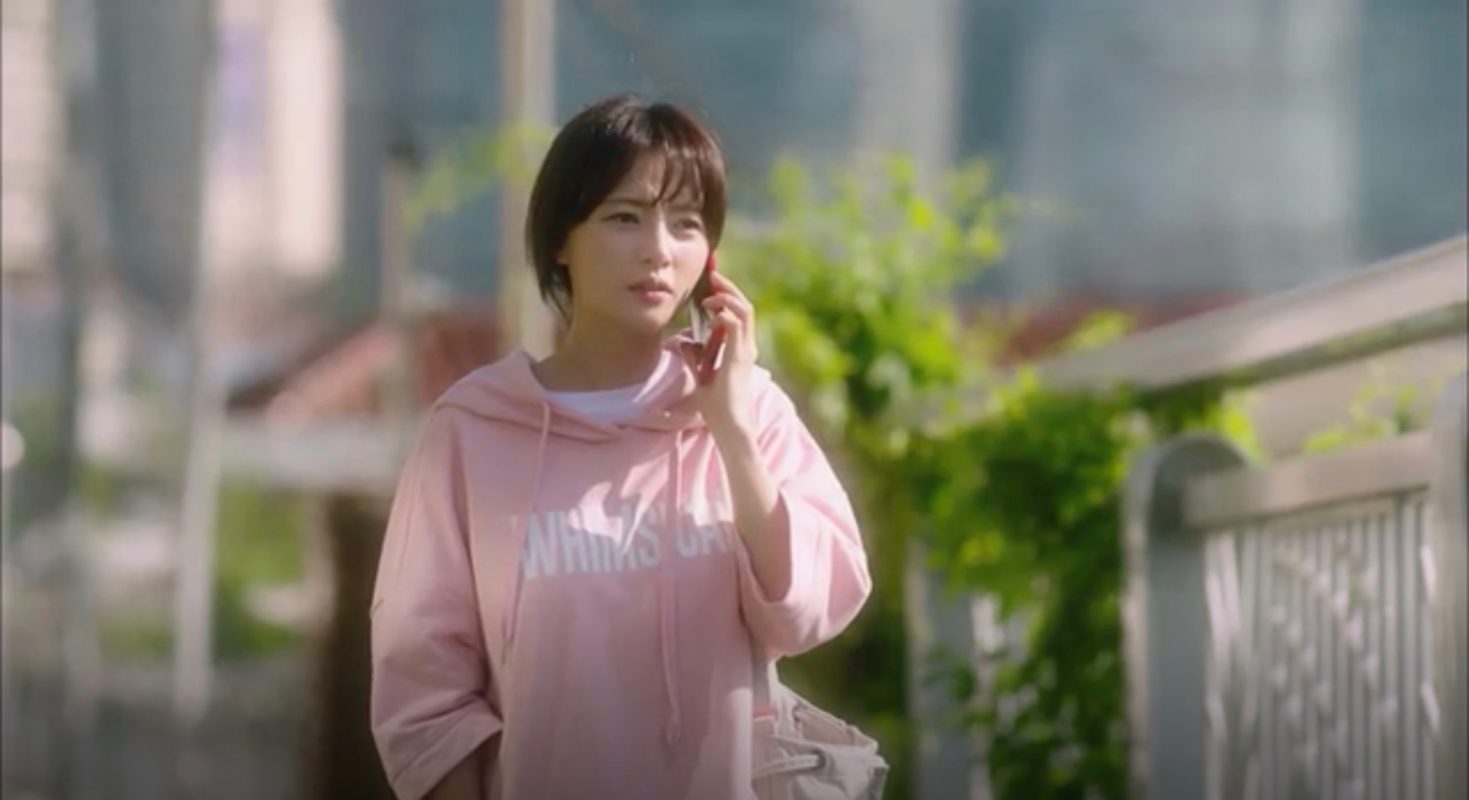 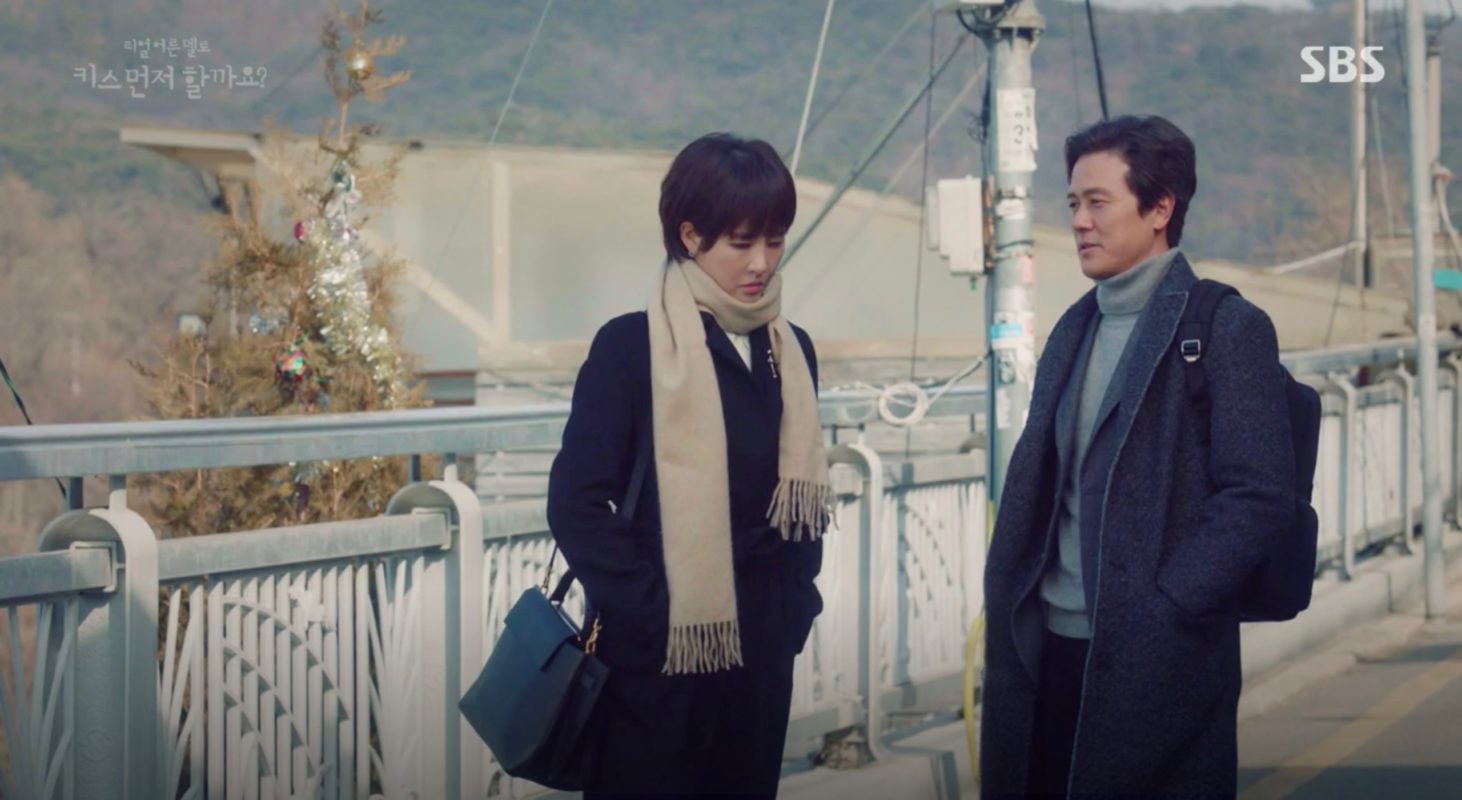 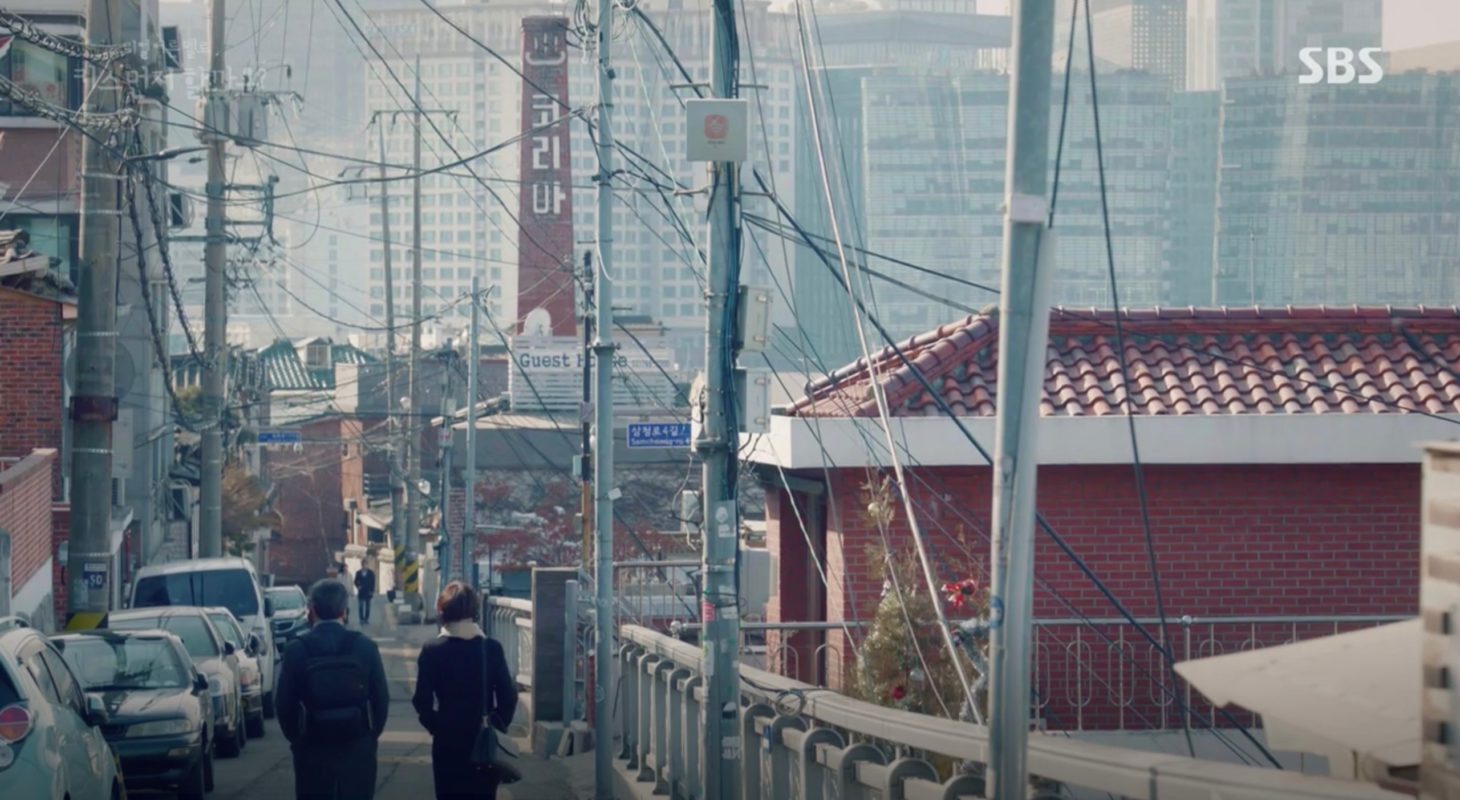 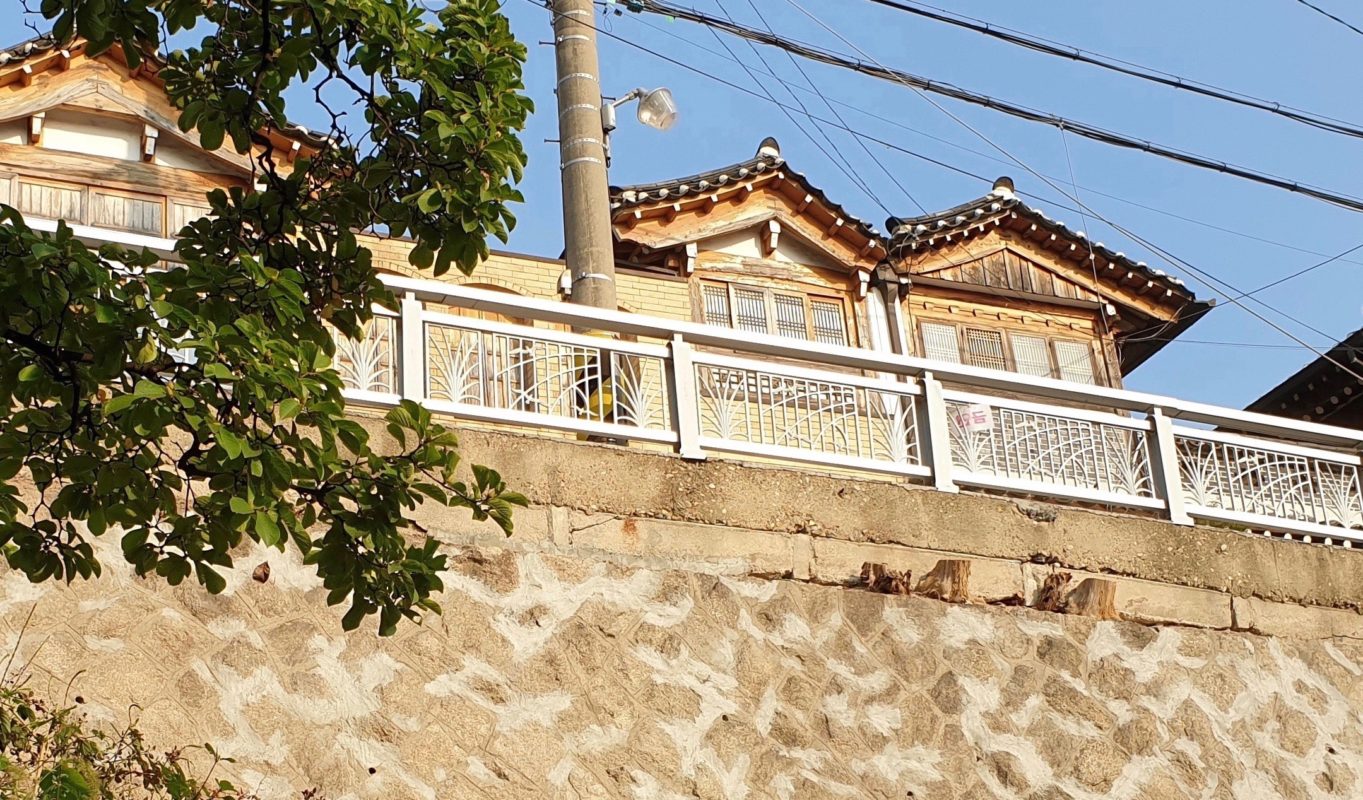 In a flashback in episode 4 of Flower of Evil (악의 꽃) (tvN, 2020), Baek Hee-sung/Do Hyun-soo (Lee Joon-gi) and Cha Ji-won (Moon Chae-won) dash through the rain on their first date and take shelter at a hanok along this alley. While watching her, he becomes so smitten by her smile that he unconsciously smiles in return, but his mood changes when he spots the ghost of his father Do Min-seok (Choi Byung-mo) watching him from a distance. [SPOILER] In final episode 16, Hyun-soo, who had lost most of his memories after waking up from his coma, comes back here and tries to recall his memories with Ji-won.

The tiny square at the northern end of this street, is a passage way in Twelve Nights (열두밤) (Channel A, 2018). Han Yoo-kyung (Han Seung-yeon, formerly of Kara) walks through here in episode 1, when exploring Bukchon, so does she when looking for the guest house in episode 2. Also, Yoon Chan (Hwang Jae-Won) passes through here when leaving the guest house. Additionally, Yoo-kyung and Cha Hyun-o (Shin Hyun-soo) walk through this street in episode 2 on their way back home from the photo studio. When doing so, they pass by Cafe Green Nap [그린냅] and at the end of this street, he asks her if she has somebody she likes and says his final goodbye when she explains she doesn’t want to date without knowing someone. In episode 3, finally, and after their kiss, disturbed Yoo-kyung walks up the stairs connecting Samcheong-ro with this street. Cha Hyun-o (Shin Hyun-soo) follows a little later and they converse having arrived at this street. While she denies her feelings, he thinks she lies and confesses in the same time. In episode 7, Hyun-o runs through by here again when looking for his friend. In episode 9, Hyun-o walks through this street with his fiancée Park Se-jung (Hwang So-hee) passing by Café Green Nap apparently on their way home as they seem to live in one of the houses in this street.

Joo Gi-bbeum (Song Ha-yoon) walks through this street in episode 6 of Devilish Joy (마성의 기쁨) (MBN/Dramax, 2018) while taking on the phone to get information on the whereabouts of Sung Ki-joon (Hoya from Infinite).

The staircase seen in episode 3 of Twelve Nights, just next to the Korea Banking Institute [한국금융연수원],  connects Samcheong-ro [삼청로] with this street.